For many places, such as Italy or Spain, the holiday period extends until the 7th of January. This is because these countries, along with many others around the world, celebrate Epiphany on the 6th of January. In Western Christianity, this commemorates the arrival of the Three Wise Men who followed the star to baby Jesus. In the Orthodox Church, Epiphany celebrates the Baptism of Christ, and so on this day, priests bless water through various rituals. The Orthodox festivities usually take place on the 19th of January, following the Julian calendar. Across the continents, Epiphany is celebrated in various ways such as processions of the Magi, the Three Wise Men, gift giving, a present-delivering witch, jumping into freezing water, and cakes with a hidden secret. Here’s how Epiphany is celebrated around the world. 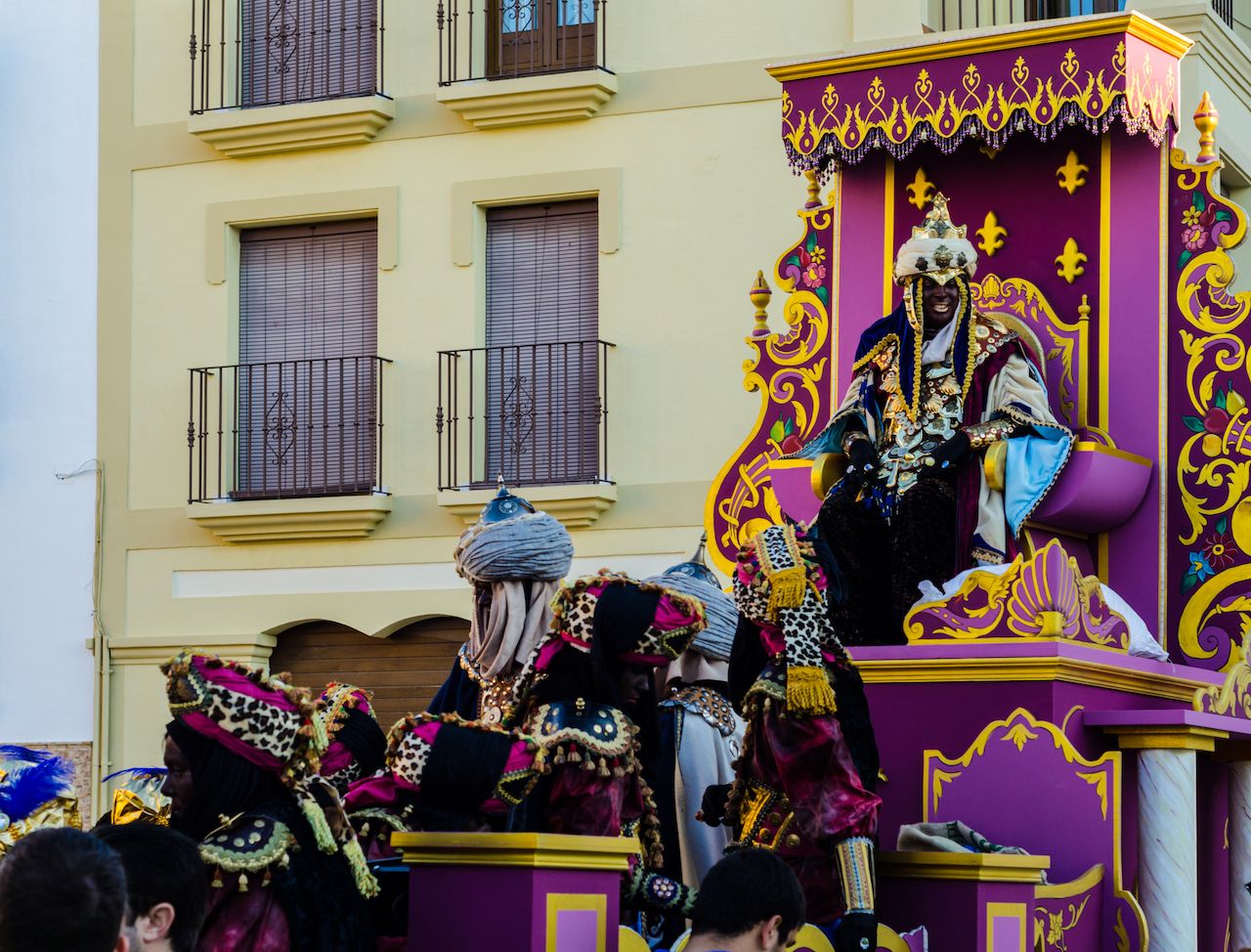 In Spain, children generally receive presents from the Three Wise Men, rather than Santa Claus, and they leave shoes outside the door on the night of the 5th to be filled with gifts. Malaga is one of the many Spanish cities that hosts a parade, too, with the Magi on elaborate thrones and performers on floats tossing sweets to children in the crowd.

As in Spain and many other European countries, the 6th of January in Poland sees hundreds of Epiphany parades taking place through the streets of towns and cities across the country. Along with the Three Kings, Caspar, Melchior and Balthazar, the parades include figures of devils, angels, and the like. Warsaw sees the Kings on camels, a few llamas, and even a Chinese dragon as part of its procession. 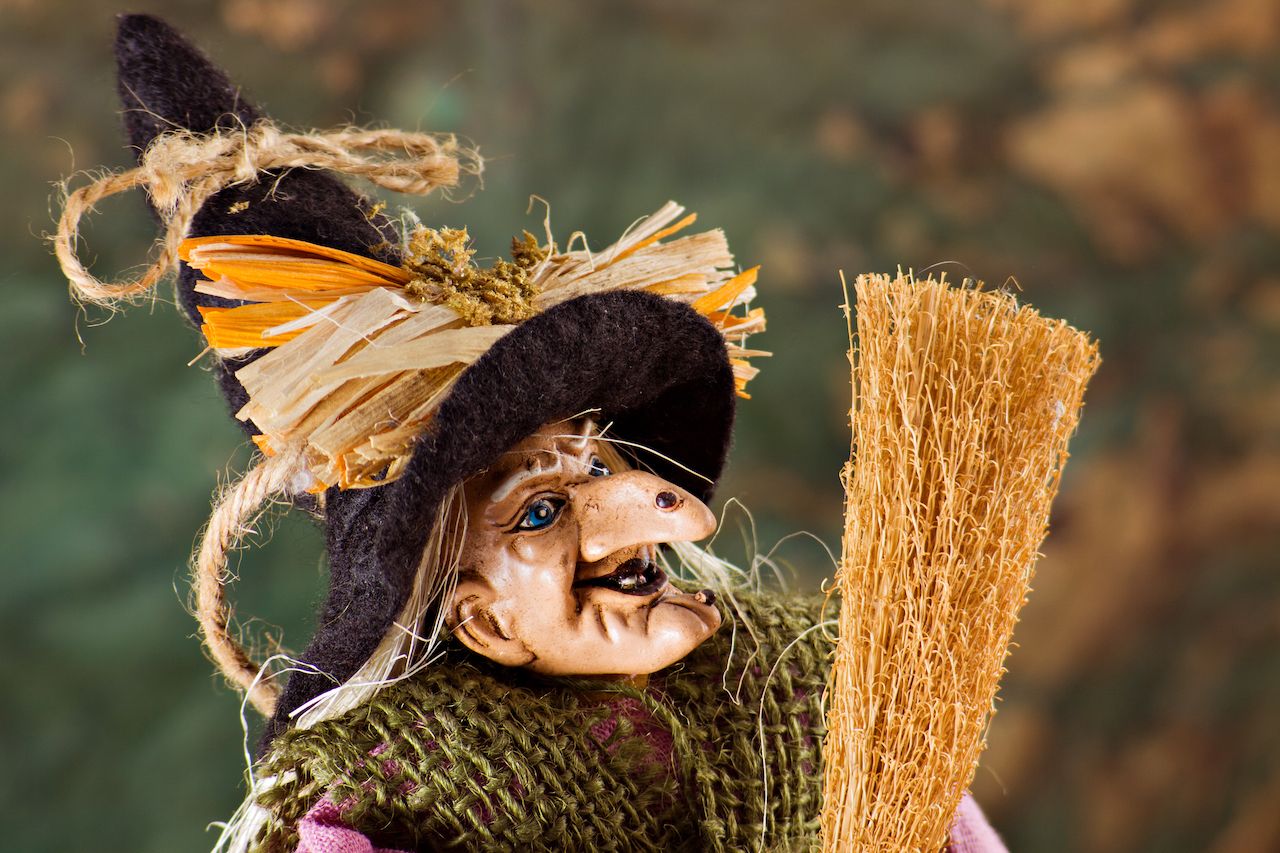 Across Italy, it’s the good broomstick-riding witch Befana who visits children on Epiphany, bringing sweets and presents. But only in Venice can you watch several suspiciously masculine-looking Befana witches rowing down its most famous canal. This gondola regatta sees several ex-gondoliers dressed up in witch-like clothing and racing each other down Venice’s Grand Canal.

Much of Latin America also celebrates Epiphany, or Día de los Reyes, and it’s often given greater importance than Christmas. As in Spain, presents for the children arrive via the Magi, rather than Santa Claus, and children leave grass and water outside the door for the camels. On the 6th, there are big processions, such as the one in Lima, where the highlight is three policemen dressed as the Three Wise Men who ride on horseback through the streets. 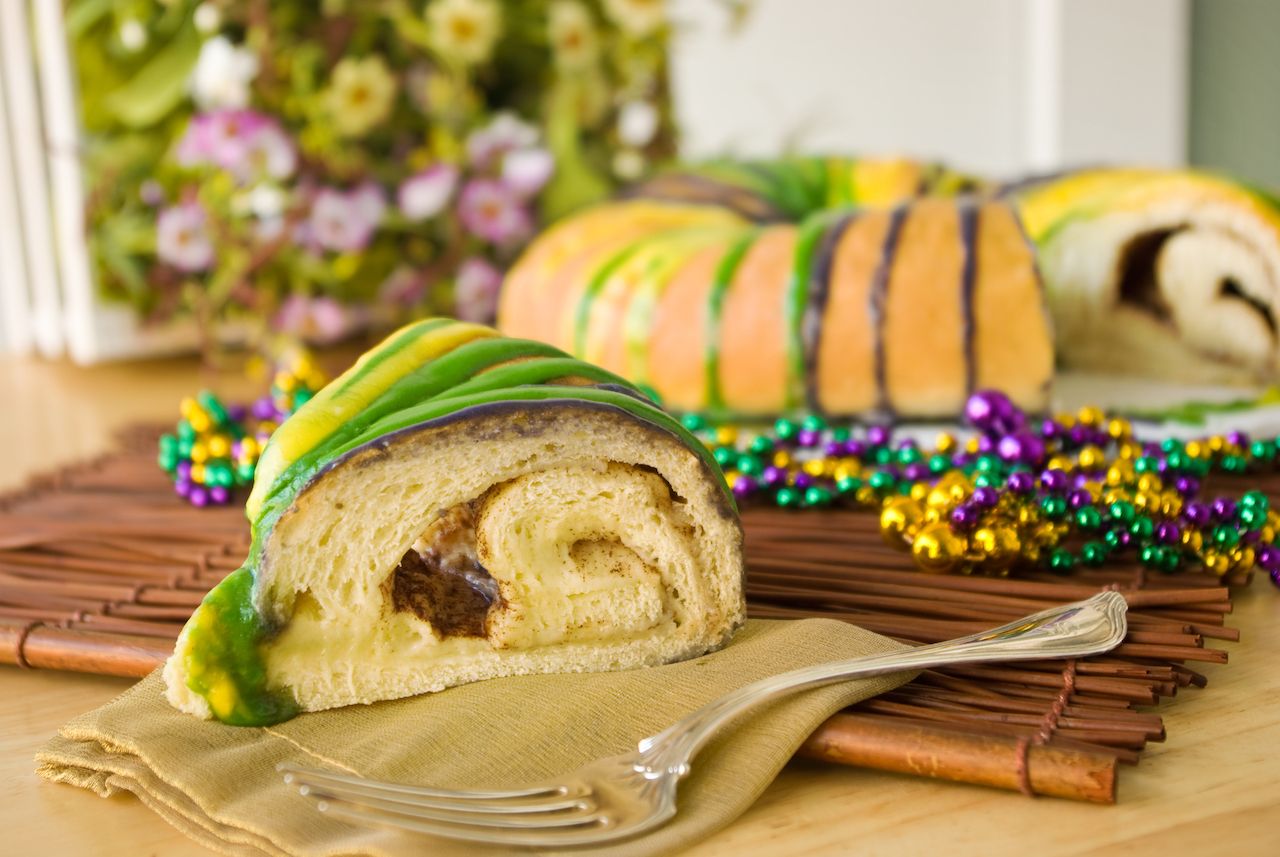 In New Orleans, as well as across the southeastern region of the US, Epiphany is celebrated with the baking and eating of cakes. These round King Cakes decorated with colored sugar are part of King Cake parties that take place from 6th of January to Mardi Gras. The cakes also contain a little figurine or token, and whoever finds it in their slice of cake is responsible for making the King Cake the next year or throwing the next Mardi Gras party.

Guatemala City’s processions feature giant ornate statues of the Three Wise Men and the Virgin Mary which are paraded through the streets to the sound of sacred music. The streets of one of Guatemala’s oldest neighborhoods, Guardia Vieja, are filled with people and the sound of fireworks being set off. People also decorate the outside of their houses with images of Mary. 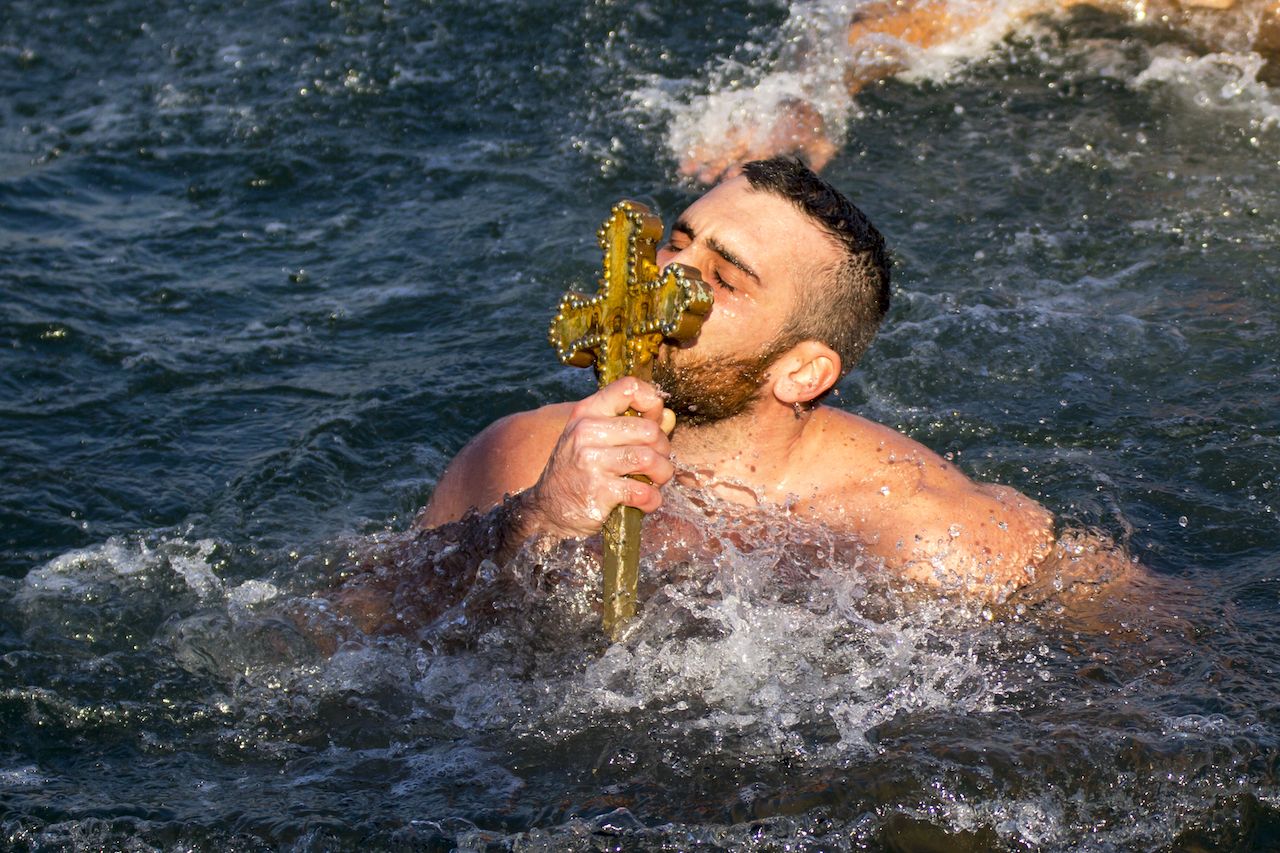 The Orthodox version of Epiphany celebrations, in contrast, involves stripping down to swimming trunks and diving into the icy water, such as the Golden Horn in Istanbul. Participants aim to retrieve a wooden crucifix that has been thrown in by the priest. It’s believed that catching the cross will bring health and prosperity, and hopefully protect from pneumonia.

Swimming in cold water is a recurring theme when it comes to Epiphany celebrations. In Prague, participants in the Three Kings Swim dive into the Vltava River alongside the Charles Bridge. Many arrive in just their swimming trunks (and crowns for the Three Kings) and wait in the snow to be taken by boat out onto the river. If you participate, you receive a certificate and tons of hot spiced rum cider afterward. 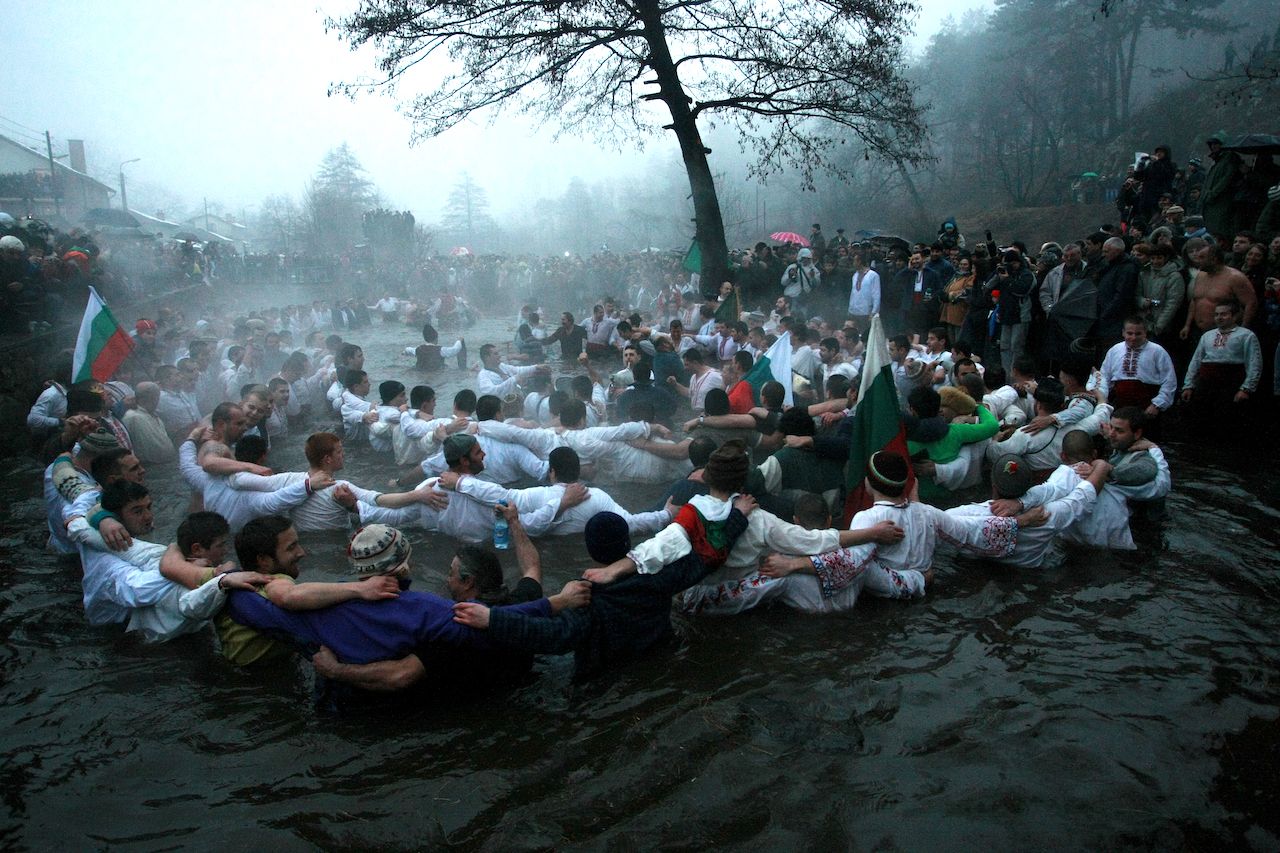 In Bulgaria, the icy water dip goes one step further. Before the priest throws the cross into the water, a band of pipers and drummers jump in and begin to play. People also dance around in big circles in the water. Because the water is so cold, participation in the band is naturally considered to be a great display of strength and honor.

Cold water is also a vital part of Russian Epiphany celebrations. It’s thought that on this day the water becomes holy and is imparted with certain powers. Across the country, people cut crucifix-shaped holes in frozen lakes. The water is blessed and then the participants take a dip, traditionally three times to signify the Holy Trinity. The custom has become so popular that some lakes have lifeguards on duty. 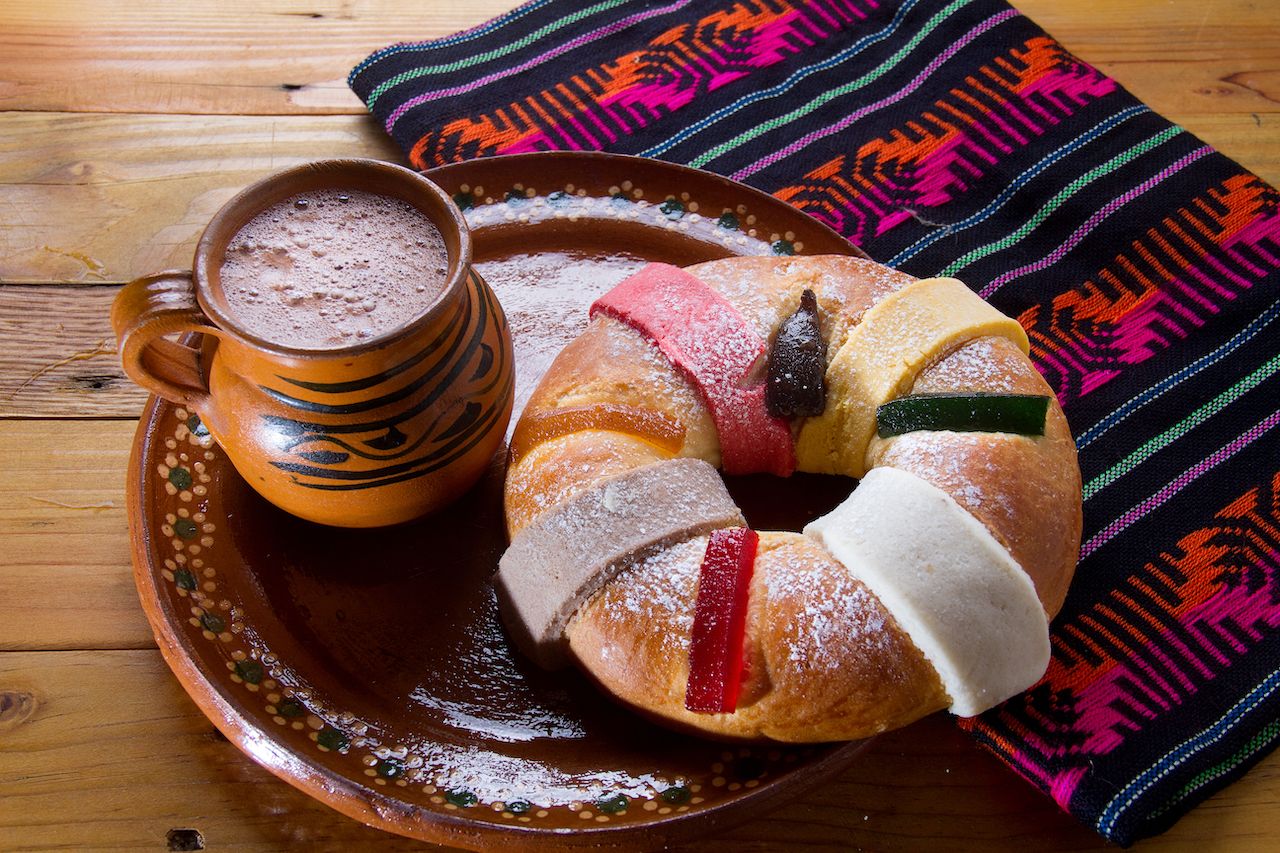 If jumping into icy water doesn’t sound appealing, then eating cake in Mexico might. Here, a sweet bread decorated with candied fruit called rosca de reyes is prepared. It’s shaped in a ring to resemble a crown, and inside there’s a little figure of baby Jesus. He’s hidden in the cake to represent the hiding of baby Jesus from King Herod.

Maps + InfographicsThese Are the Most Unusual Holidays in the World [INFOGRAPHIC]
Tagged
Festivals Religion
What did you think of this story?
Meh
Good
Awesome