Shanghai is not an ancient major city. It wasn’t until the opening of its treaty port in 1842 that the former fishing village really became a prosperous industrial center and trading hub with worldwide renown. With the city’s economic takeoff, the culinary culture also boomed, echoing Shanghai’s refined and sophisticated urban life. Today, the city is filled with so much good food that pretty much the only place an eater will be disappointed is the Shanghai airport.

Today, people often think of soup dumplings when they think of Shanghai food. But the city’s vibrant food scene has a lot more to offer, from breakfast street foods, to delicate Shanghai snacks, to Western-inspired soups. Below are five iconic Shanghai dishes locals love. 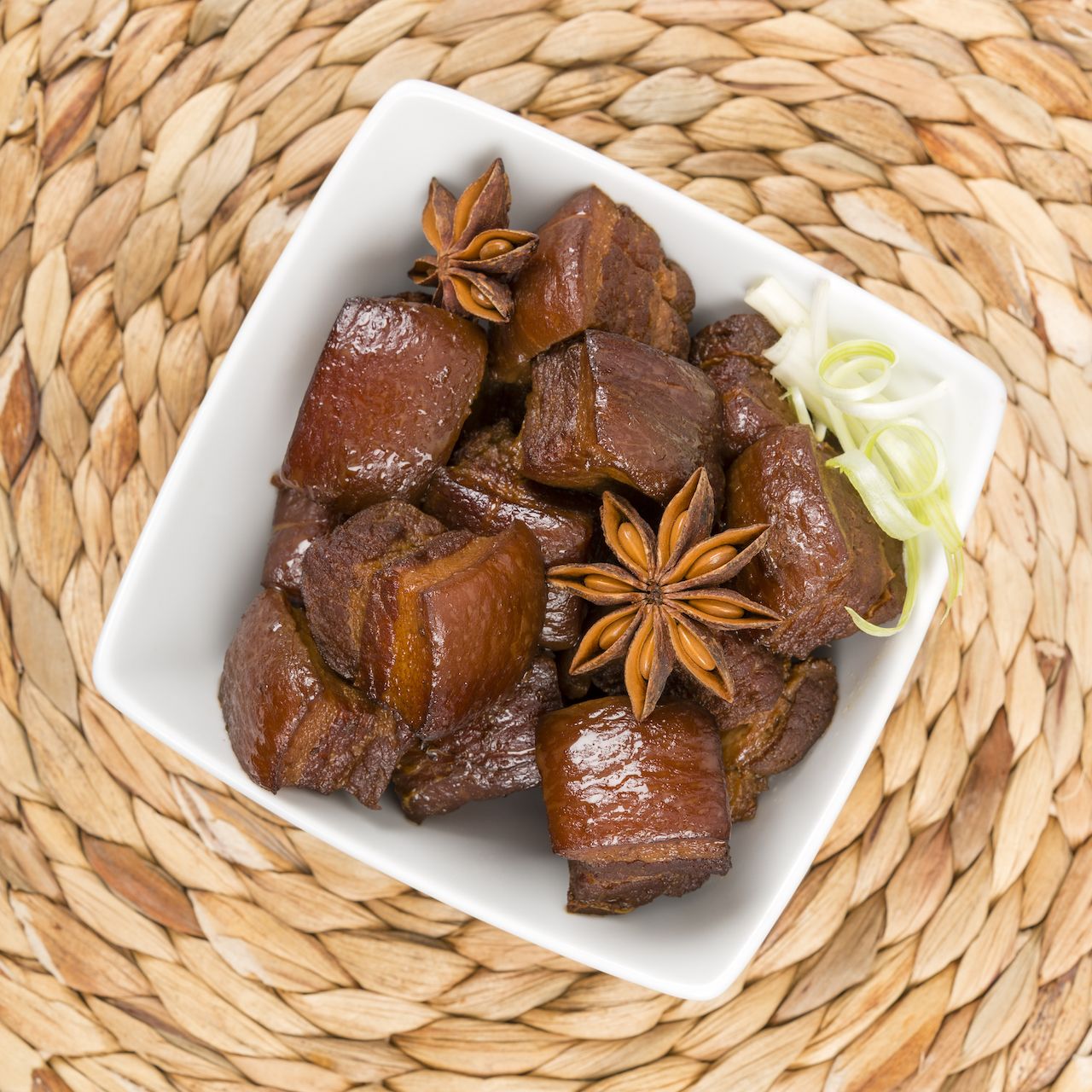 Hong shao, or “red cooking,” is a cooking style that entails cooking a protein in a soy-based sauce with a touch of rice wine and rock sugar to give the dish a shiny glaze, rich aroma, and balanced taste. Like red sauce to Italian food, hong shao is essential to Shanghai cuisine, and local chefs never seem to agree on a “best” hong shao recipe.

Pork is most common in hong shao dishes, which is called hong shao rou, as well as hong shao pai gu, which is made with pork ribs. The red braised pork belly is slow cooked with spices to make a delectable dish, but home cooks also love to “red cook” other local delicacies and vary the use of spices and herbs accordingly. Jiyu, a delicate freshwater fish, is braised with the whole stems of scallions to bolden the taste. And beltfish freshly caught from the sea is cooked with a hearty amount of ginger to balance the piquant flavor. Another favorite is kaofu, or wheat gluten, braised with assorted mushrooms, which makes an appetizing starter in family banquets. 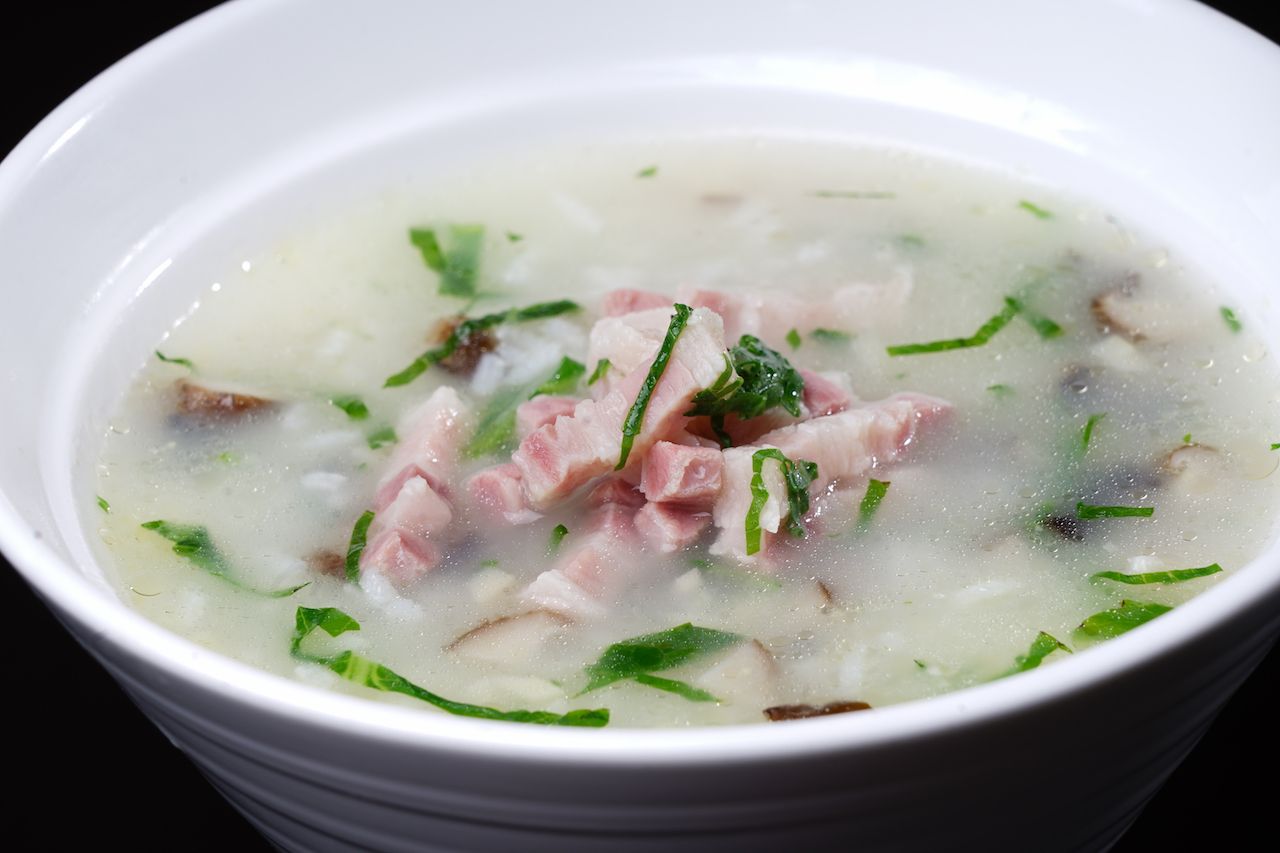 Yan du Xian is an iconic Shanghai soup. To make it, dry-aged ham and succulent fresh pork are simmered for hours on very low heat until the umami flavor is fully released, the pork fat emulsified, and the meat meltingly tender. Added to the broth are crispy bamboo shoots. The end result is a soup loaded with umami.

Although it’s often served as a festive dish in formal banquets, the recipe is error-tolerant and family-friendly. Home cooks improvise with whatever seasonal ingredients they have. Spongy frozen tofu or tender gourd slices are often used to enhance the taste and texture of the dish. The leftover soup is never wasted as it makes a great base for a savory congee, another local favorite. 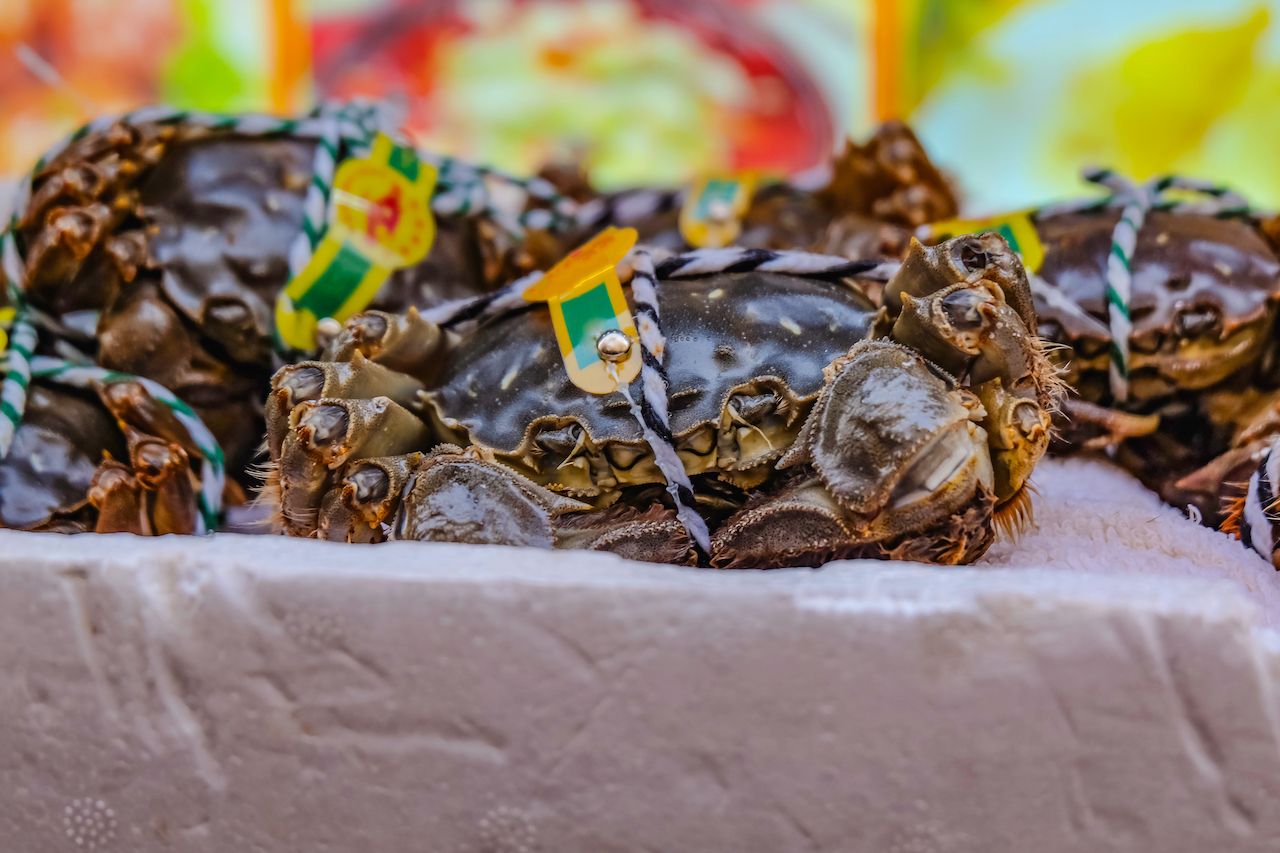 Hairy crabs are native to the intertwined river network around Shanghai. Every year in late fall, when the crabs are at their most delectable, the city falls into a crab craze. The crustaceans are everywhere in farmer’s markets, and locals are more than willing to pay a hefty price for the fattest ones. For centuries, they’ve been not only a favorite hors d’oeuvre in aristocrats’ literary salons but also a treasured delicacy on family dinner tables.

Steaming is the simplest but most ritualized way to cook a crab. Take the time to twist the legs, crack the claws, and pick the meat before popping open the shell and scooping out the buttery roe. Dip the sweet meat in a zesty ginger-vinegar condiment, and pair it with warm huangjiu, a fermented grain alcohol with a sweet taste that’s around 20 percent ABV. You don’t gobble down the flesh to satisfy hunger. It’s slow food that’s part of a social, tasty pastime every Shanghai local enjoys. 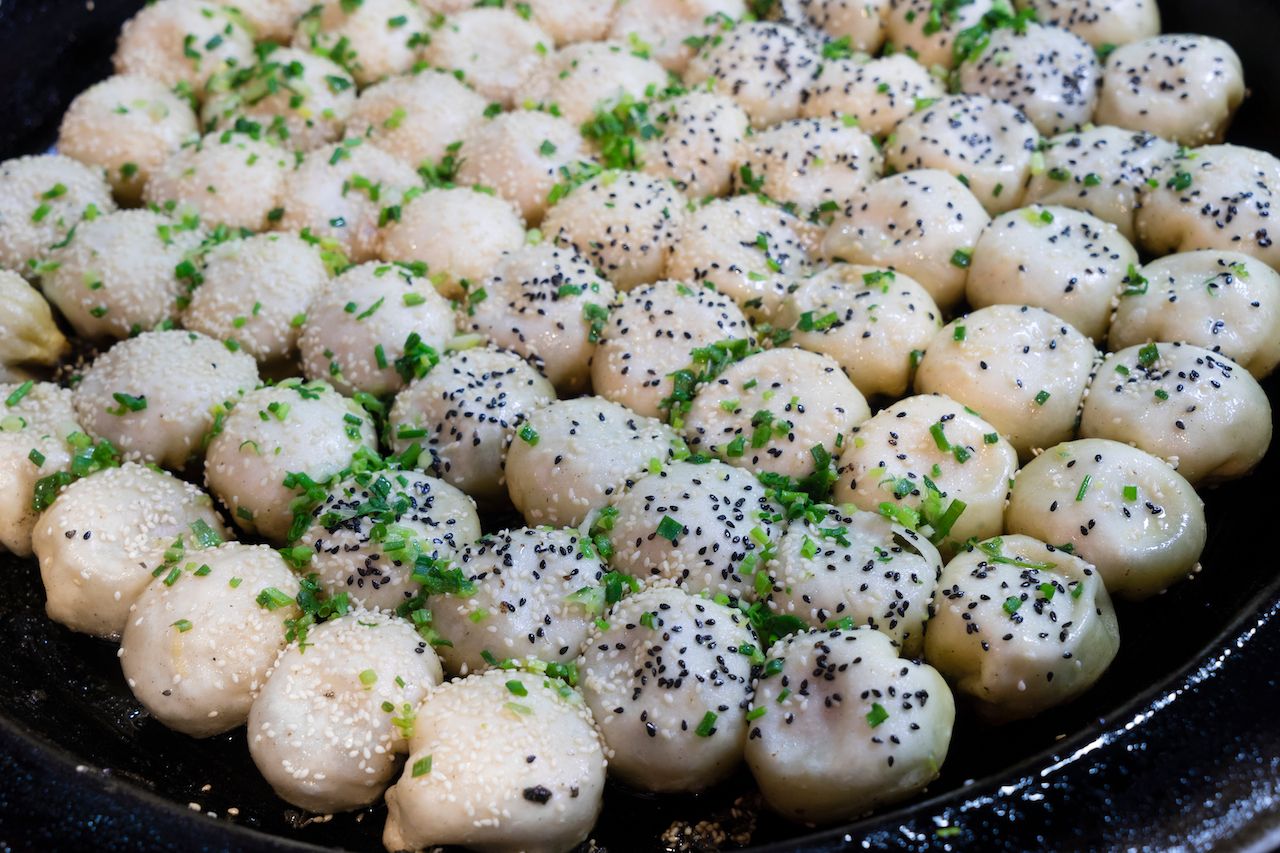 Unlike its famous cousin the soup dumpling, which requires elaborate preparation, the humble shengjian is more grassroots but equally satisfying. Meat and gelatine are mixed with minced scallion and wrapped in a semi-leavened dough. The buns are tightly gathered in a flat cast-iron pan and pan-fried until golden brown. This gives shengjian a complex texture. The first bite breaks into the crunchy exterior, which leads to the steaming puffy wrap, which leads to the juicy meat inside.

Shengjian was first served as a side dish in local teahouses and soon became a favorite comfort food to be consumed at any time of the day. In the communist era, factory workers snacked on them before their graveyard shifts. Nowadays you can see school children and office workers queuing in front of hole-in-the-wall shengjian stores, waiting for a freshly fried batch of shengjian to be devoured on their morning commute.

Shanghai saw a steady influx of foreign settlers with the expansion of international trade in the 19th century. Many opened restaurants serving food from their home countries, which were frequented by both expats and local high society. Over time, their food collectively evolved into a cuisine called haipai, which refers to food with Western origin that’s been adapted to Shanghainese tastes and ingredients.

One of the most popular haipai dishes is Russian soup, or luo song tang, a local adaption of Russian borscht. Since Shanghainese were unaccustomed to the tangy taste of fermented beetroot in the traditional recipe, local chefs skipped the beetroot altogether and doubled the use of tomatoes to enhance the sweetness of the dish. The soup proved popular, and eateries of all types added different touches. Today, Russian soups in high-end restaurants call for oxtail while factory canteen versions are loaded with potato and rarely have any meat. Home cooks make it in all seasons with beef and a good amount of braised vegetables.

Food + Drink6 Regional Chinese Dishes That Show Off the Country’s Culinary Diversity
Tagged
Food + Drink
What did you think of this story?
Meh
Good
Awesome

A Shopper's Guide To Shanghai