Picture yourself trudging through a muddy field on a humid summer day, bending over under a scorching sun while sweat is dripping down your face. You are purposefully, gently removing invasive apple snail eggs from the fan-like leaves of taro plants. The snails eat the plants you so anxiously protect, which are buried in the muddy ground, waiting to be harvested. This is the job of fewer and fewer Tao women on Orchid Island in Taiwan. They are the indigenous farmers whose job is to cultivate Orchid Island taro for the culture and diet of the island’s Tao community.

Taro is a type of root vegetable comparable to sweet potatoes. It has a fuzzy brown exterior like a coconut and a white and purple-flecked interior. Taro is a staple food among the indigenous people of the Hawaiian islands, and it holds a similarly beloved place in Taiwanese culture.

At Taiwan’s popular night markets, visitors and locals are treated to sweet desserts like taro bubble tea or taro ice cream, but taro’s versatility is part of its appeal: Dishes like taro soup or taro pancakes are often on the menu at local restaurants. Taro chips or taro bread are available at convenience stores all over Taiwan.

For all its ubiquity, anyone curious about the history and cultivation of this nutritious root crop should visit Orchid Island. Taro is a chief source of nutrition for the Tao, the indigenous residents of this island. In many ceremonial occasions, taro is used for offerings or is given as a gift when someone gets a new house or has a baby. At this small island just off the east coast of Taiwan, visitors can taste and experience traditional taro dishes and taro farming practices.

Who are Tao people? 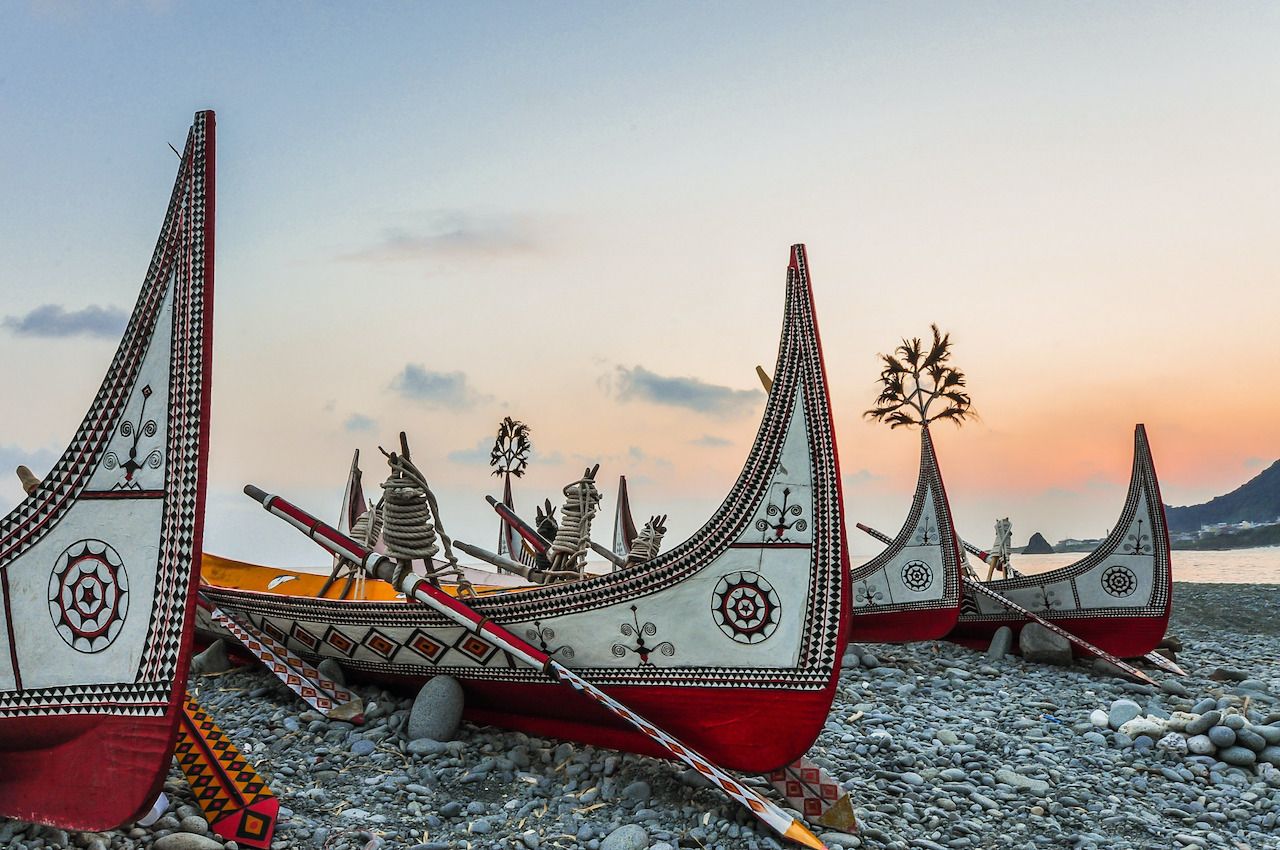 The Tao people are one of the 16 indigenous tribes officially recognized by the Taiwanese government. They inhabit Orchid Island (also known as Ponso No Tao in the native Tao language and Lanyu in Mandarin), which is about a 20-minute plane ride from mainland Taiwan.
The Tao are believed to have arrived on Orchid Island some 800 years ago from the Philippines, according to Reuters. In 1895, Japan took control of Orchid Island, along with Taiwan, from the Chinese, but largely left the people alone to continue to practice their traditional lifestyle.

In 1945, control of Taiwan returned to the Chinese. Forced assimilation into Chinese culture resulted in the loss of the Tao language among the younger generations; Chinese authorities even bulldozed many traditional stone-built underground houses. In recent years, however, the Chinese government has granted the right of the Tao people to receive education in their own language, according to the Cultural Survival organization.

The island opened for tourism in 1967, and since then visitors have been able to experience indigenous language, ideologies, and customs. Here, you can see traditional Tatala boats that are often displayed along the beaches, and both hunting for flying fish and taro cultivation are still highly valued.

Another striking sight are the typical underground houses, constructed from stone to protect residents from typhoons and other local weather extremes. The local residents work hard to keep their culture alive among younger people on the island and the visitors. You can get more information on the history and culture of the island by visiting the local Lanyu Museum next to the airport to take a guided tour and see Tao artifacts on display.

The role of taro farming on Orchid Island

The women farm Orchid Island taro. The sea is traditionally is the hunting ground for men, while the shallow water taro fields are the domain of women. A variety of taro species are grown in the shallow water taro fields, and are planted according to the water quality and soil characteristics of each field. Taro plants are cultivated in a sustainable way (without the use of pesticides), making this labor-intensive work. For some species of taro, it can take more than a year to fully grow and be ready for harvest.

The number of taro fields is decreasing due to pests and diseases or invasive species like the aggressive apple snail, which eat away the stems of taro plants. Younger generations are also moving away from the island to work in mainland Taiwan, which makes it harder to pass along indigenous farming knowledge. In order to combat that loss of knowledge, initiatives are often set up in local schools for young children to provide them with more traditional food for lunch and teach them about taro farming. 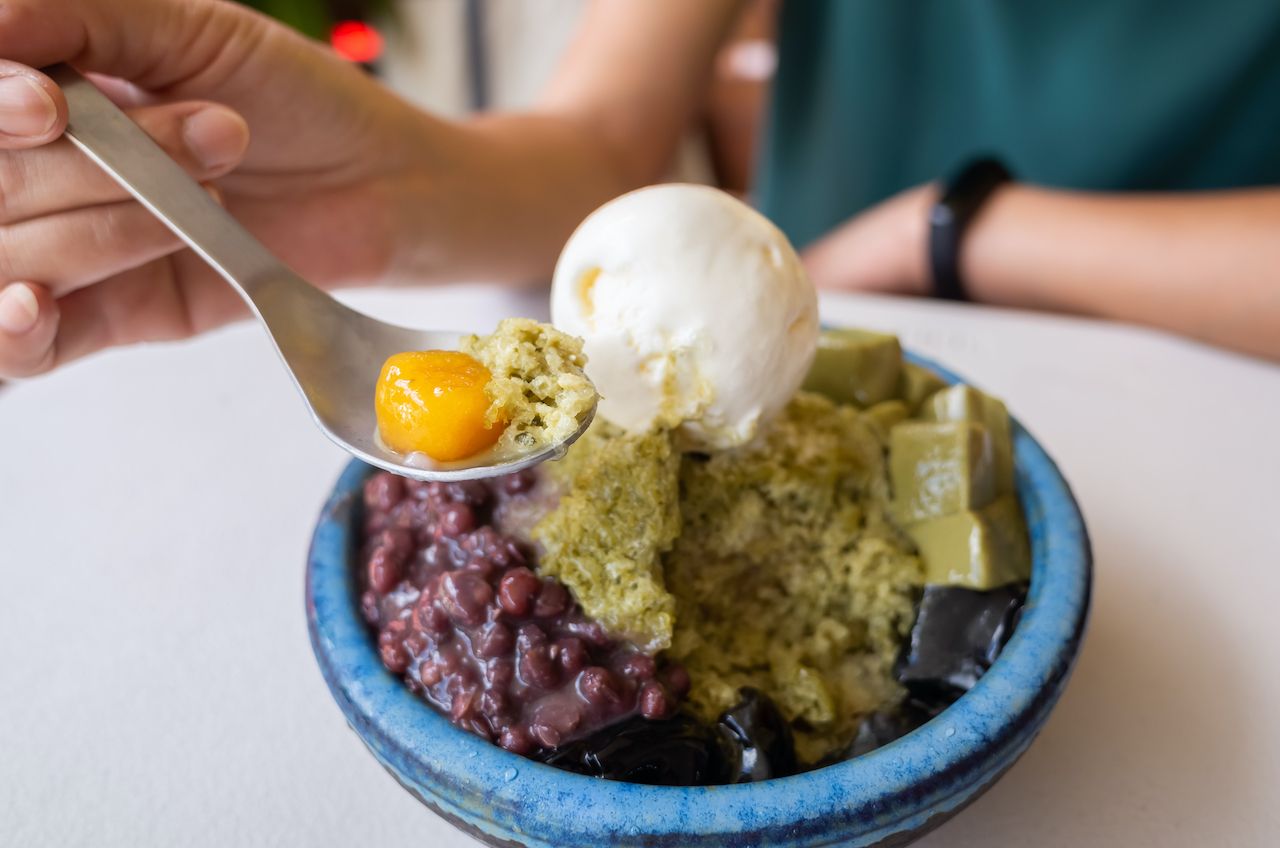 Taro ice cream: Traditional taro ice cream has a creamy texture and a sweet and nutty flavor. Sometimes the ice cream contains small pieces of taro. Another popular ice cream dish is taro snowflake ice, which is made with ice that’s shaved in thin layers and served with condensed milk.

Nimay: This dish is traditionally prepared by women to replenish their husbands’ energy during flying fish season and crab season. Taro is boiled in a pot and then mashed with a wooden pestle until the texture becomes sticky, according to Indigenous Sight. Extra flavor is added to the taro paste from salt, and melted lard from a pork’s skin smoked over “burning reeds.” Nimay is often served with smoked pork skin or steamed crabs.

Steamed taro: Steamed taro, which is often boiled first, has a custard-like texture. It’s sometimes cut into cubes, steamed, and served with meat or fish. At dim sum restaurants, you might find steamed taro mixed with pork ribs and topped with a fermented black bean sauce.

Taro milk smoothie: This purple drink is made with mashed taro and milk that’s blended together in a smoothie or served as a boba tea.

Fried taro-flying fish buns: This taro dish is unique to Orchid Island, and consists of a fried bun filled with taro and the other traditional staple on the island: flying fish.

Where to eat taro on Orchid Island 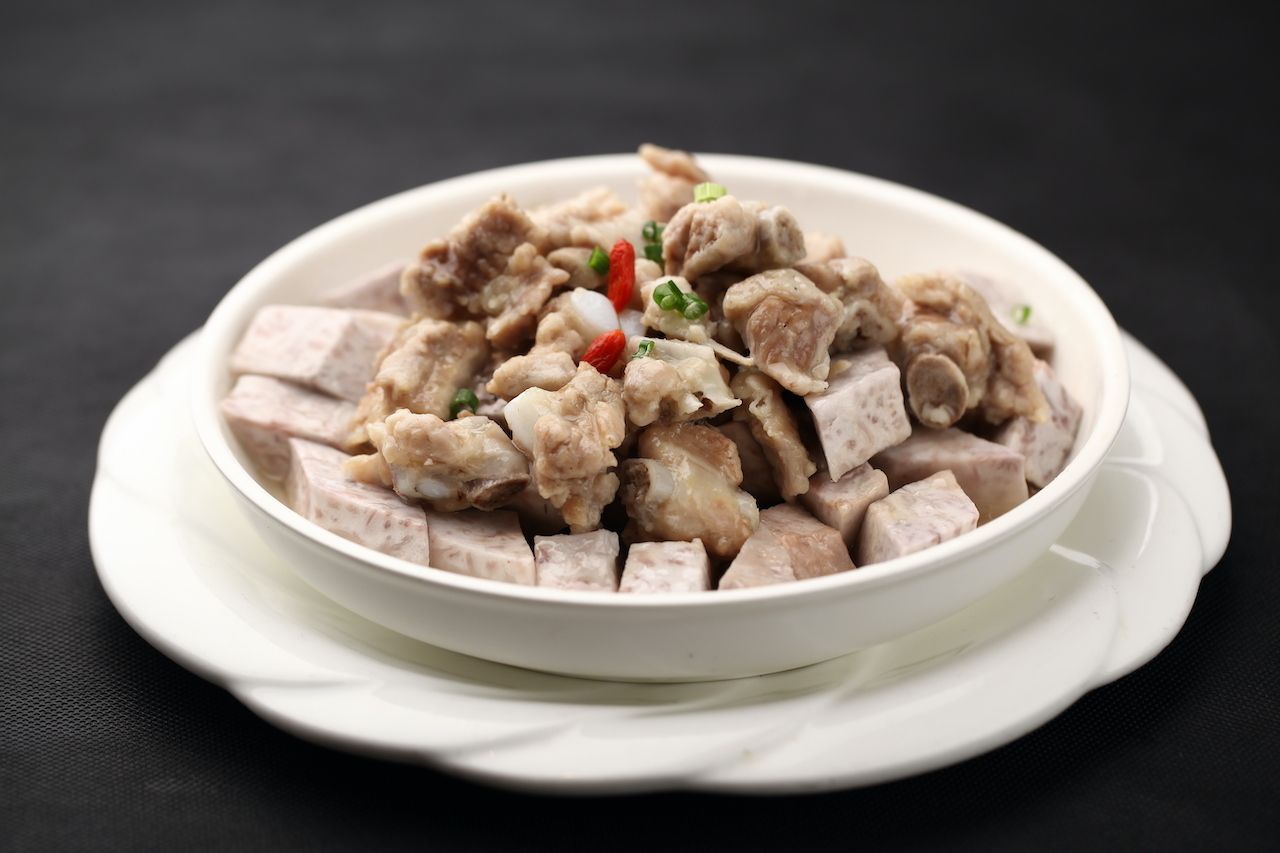 Wenwen Taro Ice: The signature treat here is creamy taro ice cream, which comes flecked with pieces of taro. The shop offers other drool-worthy treats to cool you down in hot weather, including a green tea slurpy. For those in the mood for a savory dish, the shop also offers flying fish or curry chicken rice. Don’t forget to check out the many souvenirs and postcards that this roadside shop sells, too.

Epicurean Cafe: Widely considered the home of the best Tao dishes on the island, guests can expect flying fish, fried rice, and chilled taro balls at this restaurant. The cafe’s feline residents like to lounge around the premises, so be prepared for some company during your meal. You can make a reservation in advance on the cafe’s Facebook page.

Rover café: Beanbag chairs and hammocks lend this open-air café a laid-back atmosphere. The menu’s signature treat are the fresh fruit smoothies (where you’ll find a version made with taro of course) that can be enjoyed while overlooking the nearby Badai Beach.

DongQing Night Market: At this small night market, visitors can explore exciting culinary offerings and snacks, from fresh seafood (oysters, snails, seaweed) to buns filled with taro and flying fish. The stalls in the central area provide seating where you can gather your treats and immerse yourself in the local flavors.

23 Taiwanese foods the rest of the world should know and love
Tagged
Food + Drink Taiwan
What did you think of this story?
Meh
Good
Awesome