Before any proper trip can start, you have to pack a bag. In the Essential Packing series, Matador speaks with experts for insight on what they take with them on their adventures.

“Bad in life is often good in a book. The important thing is that you get home to write it.”

So are the words of UK writer and adventurer Dan Richards, author of Outpost: A Journey to the Wild Ends of the Earth. The book is a collection of tales of adventure in the rawest sense, and it offers little clarity on whether this statement is fully ominous or merely a line of encouragement that Richards holds onto when secluded in far-flung locales around the globe.

Outpost chronicles the places championed by those who prefer remote isolation in the depths of the wilderness, whether for work, recreation, or necessity. Richards treks to the bothies of Scotland, the Mars Desert Research Station in Utah, and other hard-to-reach cabins from Iceland to Svalbard.

The impetus for the book was a polar bear pelvis kept in the closet of Richards’ father, a remnant of a trip he had taken to the Arctic outback. Richards wanted, in a sense, to follow the passions of his father and highlight the places where people like him found themselves most decompressed. Outpost is a tale of finding deeper meaning as much as it is a tale of adventure.

But we’re not here to talk about the book. Read it. If you’re the type that succumbs to frequent bouts of trekking, nomading, or wanderlusting, you’ll be better for the effort. Though fair warning: It’s impossible to read Outpost without then wanting to immediately set off on an expedition into the natural unknown.

Which draws the question of what to take and what to leave behind. For avid and aspiring backpackers, a number of actionable takeaways jump out from Richards’ trip planning process, including how to stay dry when you find yourself deluged in the elements of the high alpine. Matador Network spoke with Richards about his travel setup — namely his pack, what he puts inside of it, and how his gear setup has evolved since he first began following in his father’s footsteps. 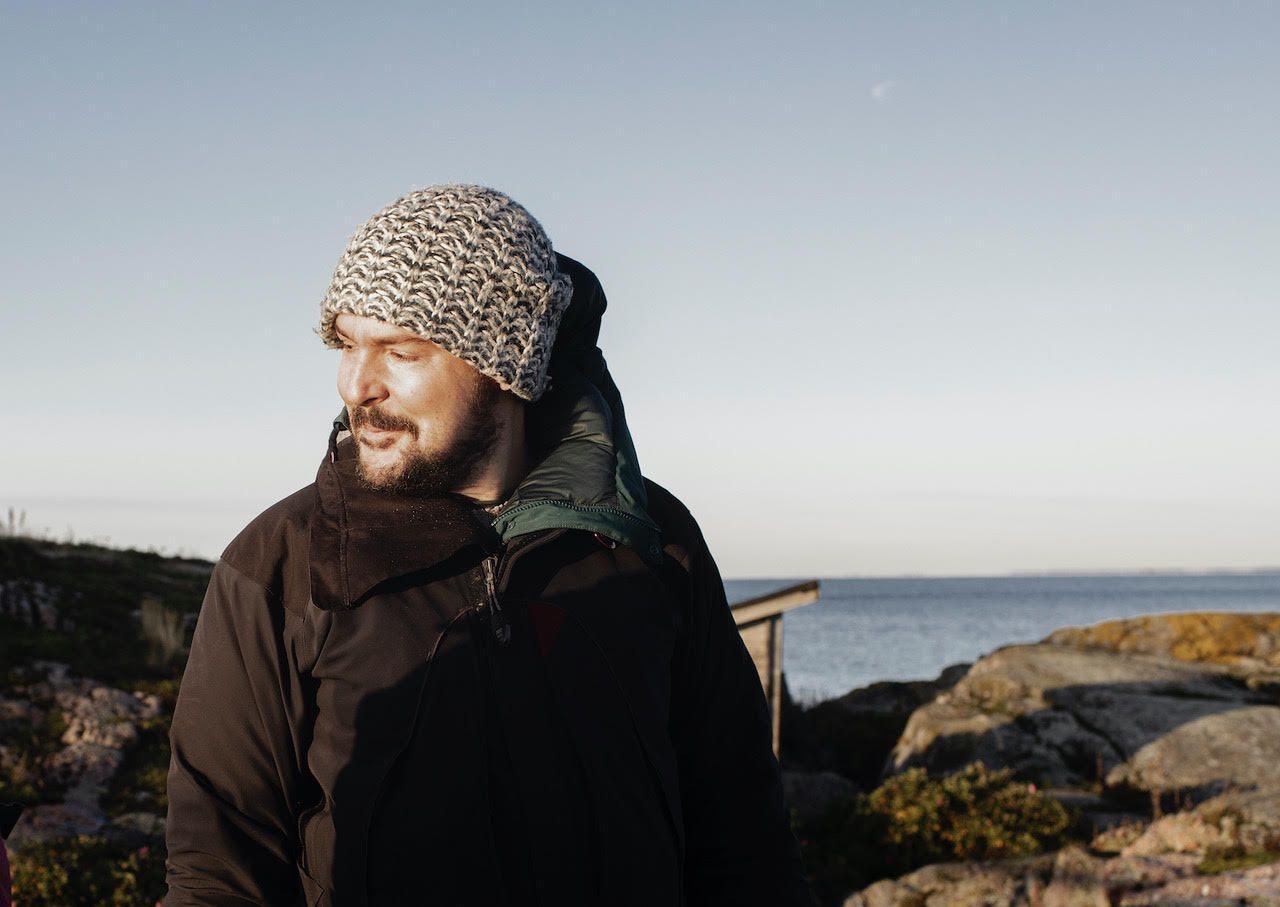 A life of dealing with the elements makes yak leather stronger than cow leather. This was perfect, Richards thought. At more than $350, the Tashi boot is certainly not for the budget traveler. Looking at a photo of Richards, he doesn’t strike as the Hugo Boss type — writers reporting from literal mountain tops rarely are — but it would be right to assume that part of his expeditions’ success stems from being properly outfitted. There’s no reason to make a backcountry excursion more rugged than it needs to be by skimping on gear.

And, just as important, the pack that holds all that gear.

“I’ve always mainly used a hand-me-down kit until very recently,” Richards says. “My dad, for his expeditions, had this brilliant Haston Alpiniste sack, a hybrid backpack and haul sack developed by Karrimore with the climber Dougal Haston, one of the first backpacks designed by a climber for climbing.”

These were the earliest form of climbing packs in the 1970s, giving mountain climbers a pack designed specifically for their needs rather than a basic army kit. Richards used this pack in the book’s Cairngorms chapter, but then it broke, as happens with decades of heavy use.

Richards then strapped a Klättermusen pack, having become a fan of its products because it is “the best sustainable, responsibly made, top-end gear I’ve found.”

Inside, Richards packs many incarnations of wool. “Wool will keep you warm even when you’re wet, and I’m often quite deluged,” he says. He breaks down his wearables and other packed items as follows:

Richards also keeps an additional bag in his pack with matches, kindling, a penknife, and a water filter. 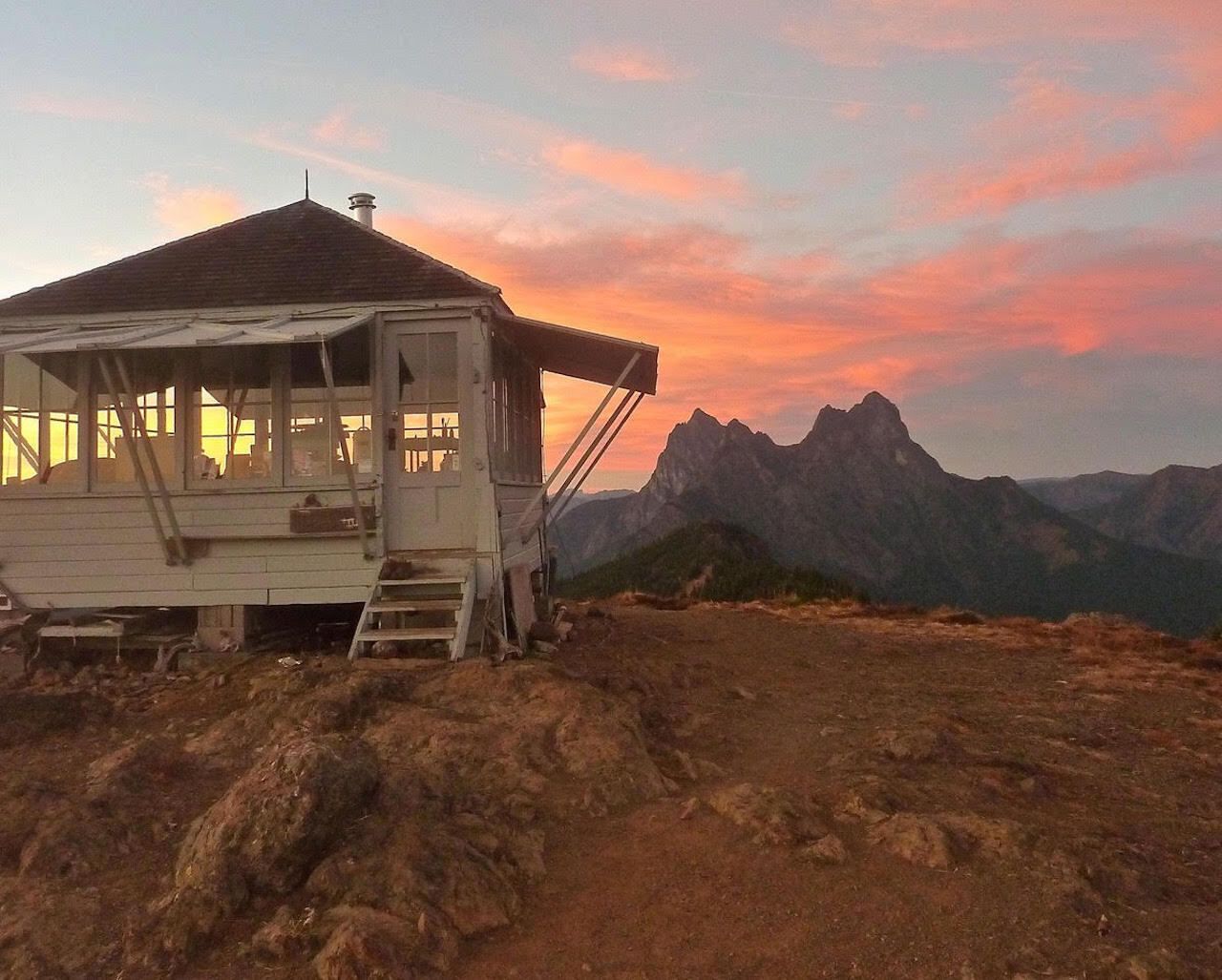 Beyond the mandatory gear, Richards packs a number of small provisions helpful for when the going gets rough. For example, he carried hard cheese, nuts, raisins, cured sausages, and Coca-Cola with him for a week in Washington’s North Cascades. Trail food is a staple of his diet between the bookends of trips when he’s more likely to be in a city with proper dining options.

Tips and tricks of the trade

First and foremost before heading into the wilderness, Richards says, is to make sure the gear and tools you have with you are repairable. “I’m a big believer that if you have any kit with you, it should be repairable,” he says. “So many people bring this stuff and then it breaks, and that’s the end of that.”

This is when the knife, gaffer tape, and other small menders come in handy.

To keep productive on the go, Richards uses layovers and travel days to email, write, and maintain general correspondence with the world.

“Airport time is really when I get my office stuff done on the move,” Richards says. “But I
try not to fly if I can help it so, mainly, I write on trains and buses — sleeper trains
are excellent.”

And he brings books.

“I read a lot when I’m away, and I make a lot of notes,” Richards says. Though he brings a laptop on some excursions, he also carries paper notebooks because, “you can’t always rely on digital things. Also, I like to sketch as I go.”

Outpost: A Journey to the Wild Ends of the Earth is available at bookstores and online from Canongate. Follow Richards on Twitter and via his Canongate author page.

CampingThe Ultimate Guide To Everywhere You Can Camp Permit-Free on US Public Lands
Tagged
Backpacking Technology + Gear
What did you think of this story?
Meh
Good
Awesome