Street artist Banksy is famous both for his anonymity and the secrecy that surrounds the appearance of his artwork. And yesterday, another layer of mystery was added to one of Banksy’s notable works.

The mural, inspired by Dutch artist Johannes Vermeer’s “Girl with a Pearl Earring,” appeared on a harborside building in Bristol, England, in 2014, with the pearl replaced by a security alarm. As of April 22, 2020, the piece has been updated to be somewhat more topical. 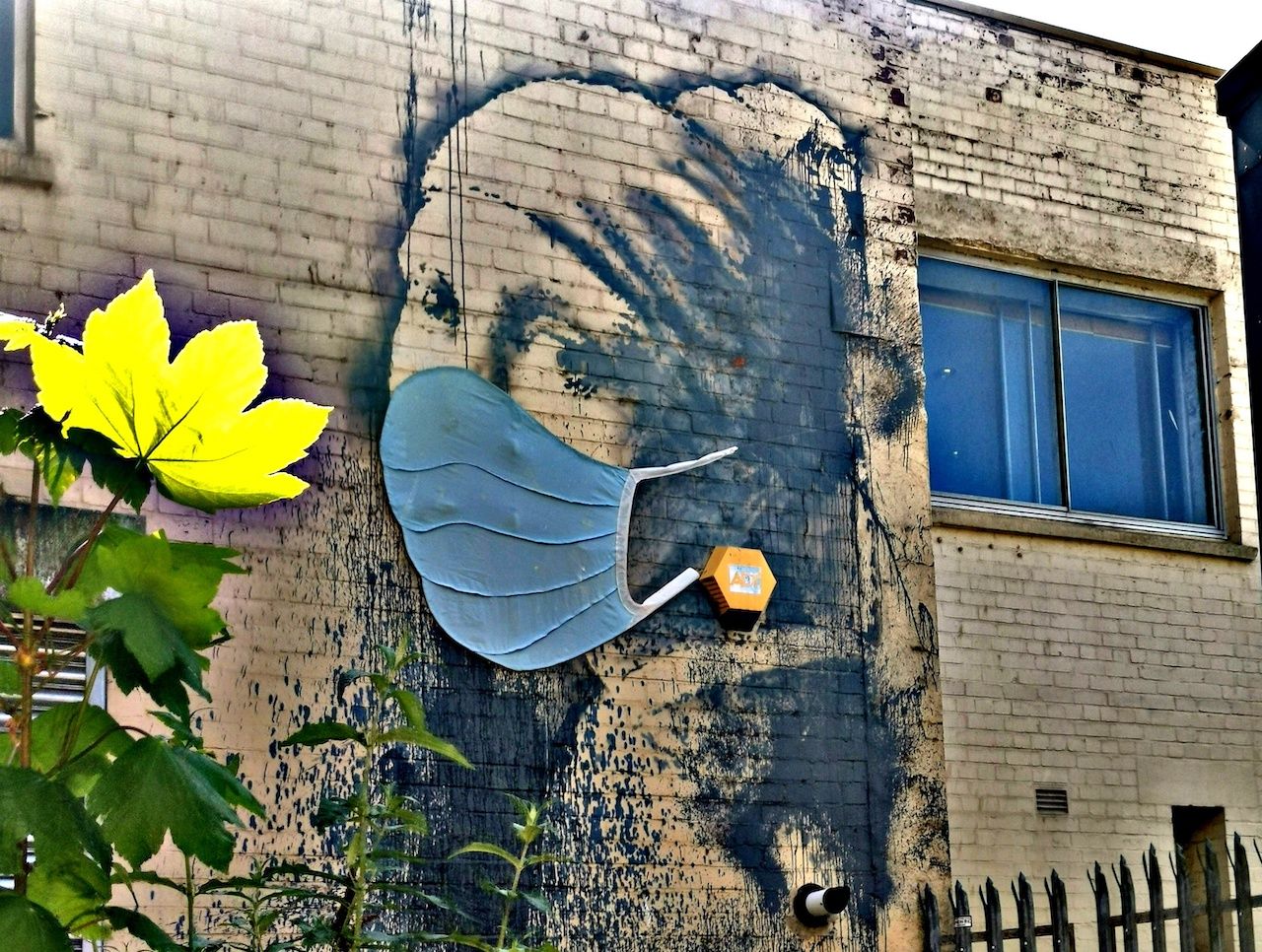 A giant surgical face mask has been attached over the girl’s mouth, a clear acknowledgment of the current heightened health precautions everyone is taking during the COVID-19 pandemic. It’s unknown whether Banksy or someone else installed the fabric face mask, but the update is drawing as much attention as the initial mural itself.

Banksy hasn’t posted the work on his Instagram account, sparking some speculation that he isn’t responsible for the addition. His most recent confirmed work, however, is also a nod to today’s strange circumstances. On his Instagram, he revealed a version of his trademark scene of rats running amok on city streets — only this time, the stenciled rats are wreaking havoc in his own bathroom.

The caption reads, “My wife hates it when I work from home.”