The more skeptical among us would have you believe that online review sites are all fake news. TripAdvisor is full of good reviews businesses pay for. Yelp is an online mafia of extortionists. In an era when anybody can pretty much say anything online and people will believe it, it’s hard to know how much of what we see on online review sites is true. Equally as difficult is determining how many allegations of review fraud are also true. Are review sites completely discredited? Or are they still good, honest, open forums that we can use to make important decisions like where to eat brunch?

A September report in The Times of London alleging nearly one in three TripAdvisor reviews were fake cast some serious doubt on the site’s credibility. This came on the heels of a well-publicized Vice feature in which a woman made the shed in her backyard the best-reviewed restaurant in London using a combination of fake TripAdvisor reviews and pictures of food made from bathroom products. Neither exactly bolstered faith in the online review site.

But the Times study’s methodology wasn’t really specified. Most of the investigation was done by an outside company called Fakespot, which alleges that it can determine fake reviews with a specialized algorithm. The problem is that it doesn’t have near the resources at its disposal that it would need to reliably spot fake reviews.

“The algorithm that the company used is very questionable; I don’t think anybody in the travel tech space is taking it very seriously,” said Tim Hentschel, the CEO of HotelPlanner.com. “There might be ways they can get a 60 to 70 percent accuracy rate by looking at certain words that come up a lot, either very sloppy fake review posters or a robot that would use a combination of the same language over and over again. But the tools you’d need would be looking at IP address[es] or other [technical] things.” 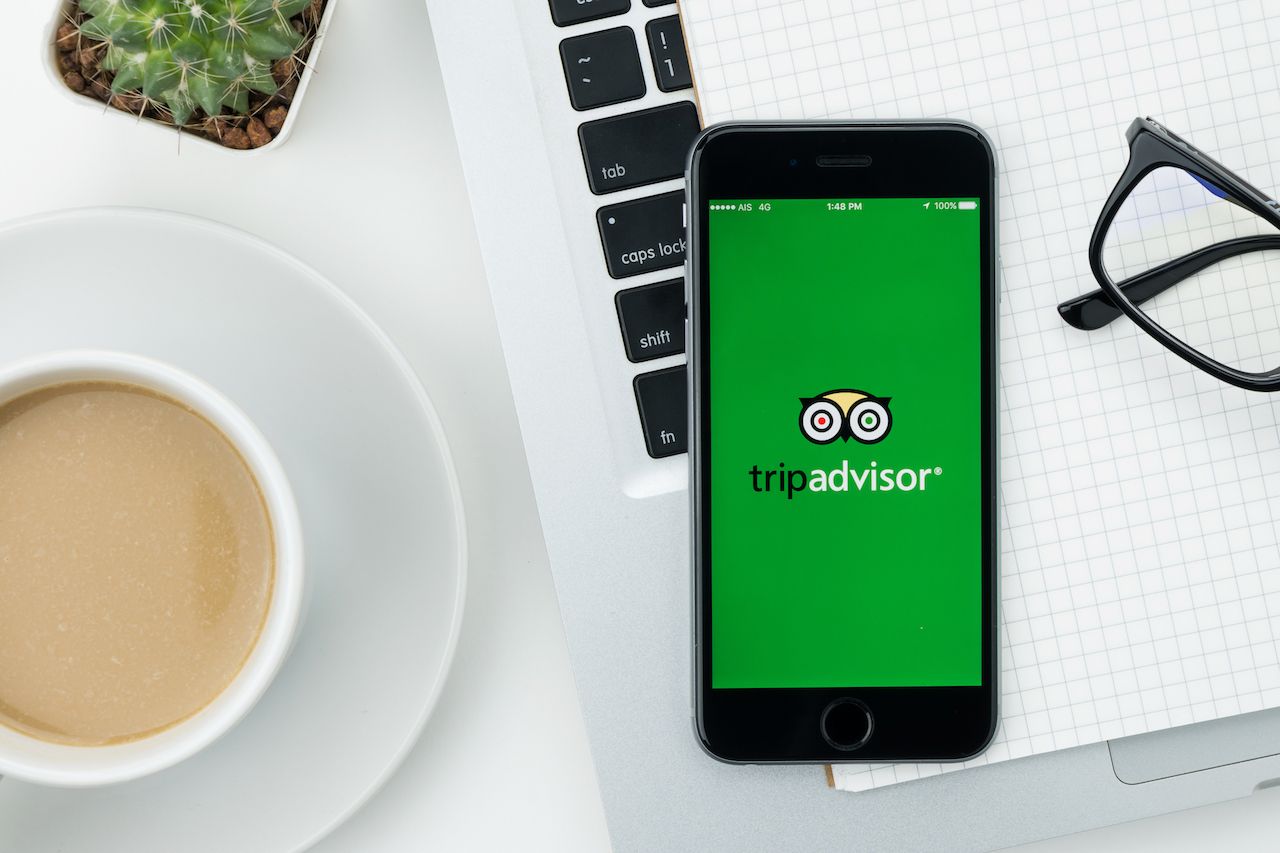 This falls in line with what TripAdvisor said in its official statement responding to the Times story, stating, “The methods used by Fakespot are completely unreliable for one simple reason: They have no access to the technical data you would need to determine whether or not a review is fake.”

Hentschel went on to say that TripAdvisor claims to have more data internally that it can use to determine fake reviews and is vigilant in its security — but that it’s nearly impossible to weed them all out.

“People have been trying to build a perfect machine to spot fake reviews, but nobody’s gotten close yet,” he said.

The Times story also found websites offering to write fake reviews for as little as $9 though the practice is, in some jurisdictions, illegal. While the study was done in the UK, in September, an Italian man became the first person sentenced to jail for writing fake online reviews, sentenced to nine months in jail and a fine of 8,000 euros. TripAdvisor called the decision a “landmark ruling for the Internet” though no major US court cases have handled the issue as of yet.

Hentschel says even though fake reviews — and the companies that sell them — exist, the sheer volume of reviews a place gets is still a reliable indication of its quality.

“You’re always gonna have bad apples, but for me, the traffic and overall trends of overall reviews give you an average that’s very realistic,” he said. “The accuracy comes with the volume.” 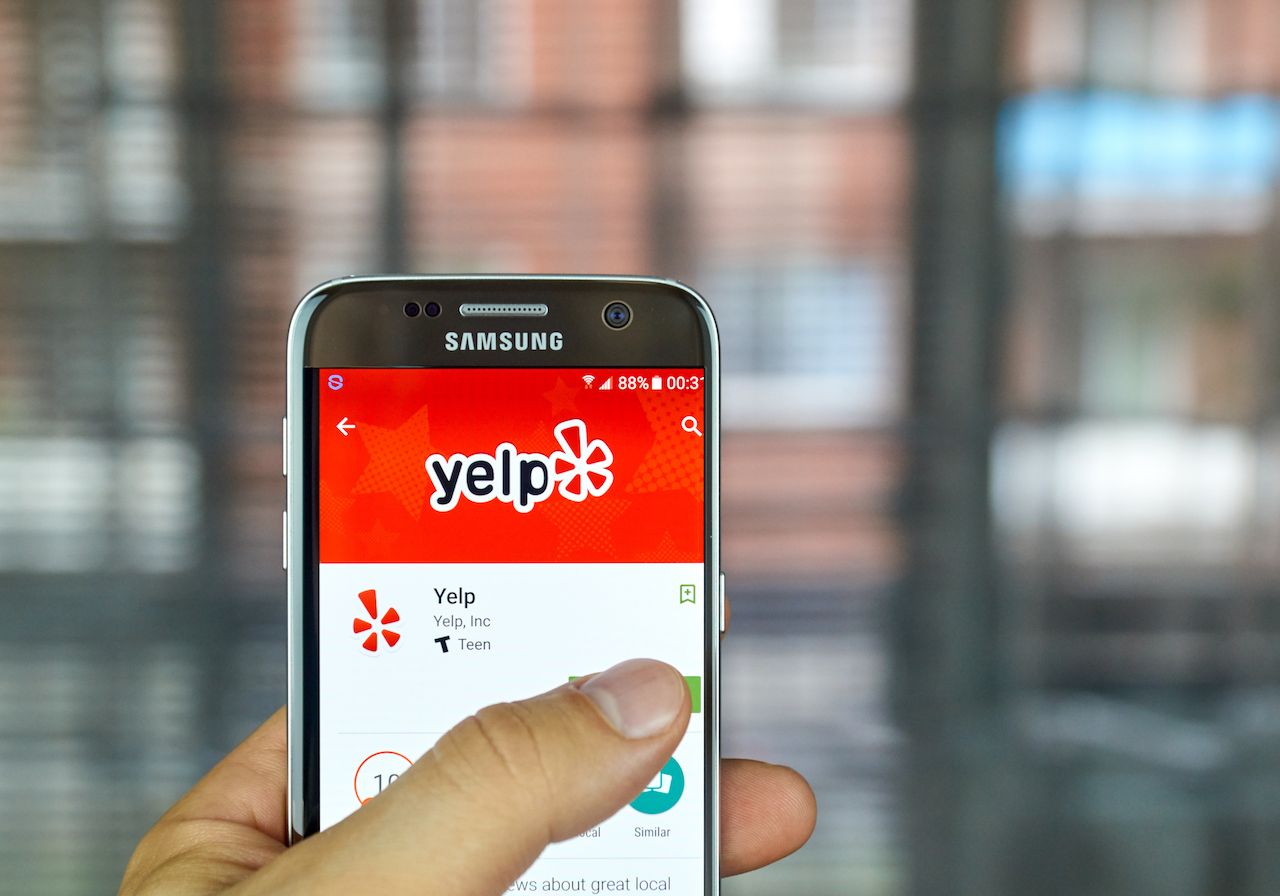 Can you believe negative reviews on Yelp, too?

So it seems that despite some fake ones, if you see enough good reviews over a long enough period of time, you can believe a TripAdvisor rating. But what about negative reviews? Are those equally as credible?

“You get competition who may go after you with robot fake reviews,” Hentschel said. “But those are easy to spot.”

He said that it’s not so much fake bad reviews to concern yourself with. It’s a disproportionate amount of them posted on Yelp, specifically, because the site might not publish positive ones unless a business pays them for advertising. Yelp then chalks this up to the good reviews getting lost in its famously secretive fake review “filter.”

Yelp has been dogged for years by allegations of extortion with countless anecdotes from small businesses claiming they found good reviews demoted and bad reviews promoted after they declined to buy advertising. Though nobody has ever produced hard evidence to support it, courts have determined the practice completely legal.

To wit, a 2010 class action suit in California from a number of small businesses alleging extortion was thrown out and upheld by the Ninth District Court of Appeals. However, the court’s ruling was on the narrow questions of extortion, stating the businesses had no legal right to their positive reviews, so Yelp could do with them whatever they wanted. In effect, it only upheld Yelp’s right to manipulate reviews but didn’t rule on the site’s credibility.

“If you manipulate the average by only showing negative reviews, and you charge a fee for positive, it’s a legal grey area,” said Hentschel. “And the people haven’t caught up to the reality of what businesses are going through.”

Yelp was also sued in January by shareholders alleging that the site manipulated its stock price to mislead investors. The suit claims that a 2016 earnings report omitted information of user retention and revenue, inflating the stock price before the numbers were corrected in 2017. In the meantime, the suit alleges that CEO Jeremy Stoppelman dumped $25 million worth of stock after it rose as high as $34.70 before falling to $26.93 after the updated report.

None of this oozes credibility, either.

But Yelp, for its part, has vehemently denied the extortion claims, and a 2013 study from Harvard Business School found no difference in how Yelp treated businesses that paid for advertising versus those who didn’t. So the evidence here seems to be academic vs anecdotal, left for us, the public, to decide.

Perhaps we can have some faith in online review sites, after all. A smattering of fake reviews won’t change the overall perception of a place over time, and alleged bad-review manipulation hasn’t been proven and is still completely legal. TripAdvisor and Yelp might not be perfect authorities on where to eat, sleep, and drink when you travel, but with literally millions of reviews, they generally offer a good consensus. And if you don’t like them, you can always do something crazy like ask a local on the street and maybe make some in-person friends in the process.