There are certain products that people born now will have no concept of ever existing. Fax machines. VCRs. Landlines. But rental cars? Rental cars have long been a stable, integral part of the travel experience, and almost every traveler alive has rented a car at some point. But in the age of ride-hailing apps like Uber and Lyft, and peer-to-peer car-sharing services, conventional wisdom says that rental cars may soon go the way of Blockbuster and become obsolete. But has the sharing economy really hurt rental-car companies that much, and if so, how are the established giants going to stay relevant? Here, Matador investigates the future of the industry and whether or not rental cars can, in fact, survive.

Though one might think technology has done a number on rental companies, it’s not time to hit the panic button quite yet. “We’re lucky not to be impacted too much by Uber or Lyft,” says Daniel Florence, CEO of North American operations for Sixt, a European car rental company that’s become a major player in America. “You’re not going to come with your wife or husband and four kids and Uber everywhere. So there’s always a need.” 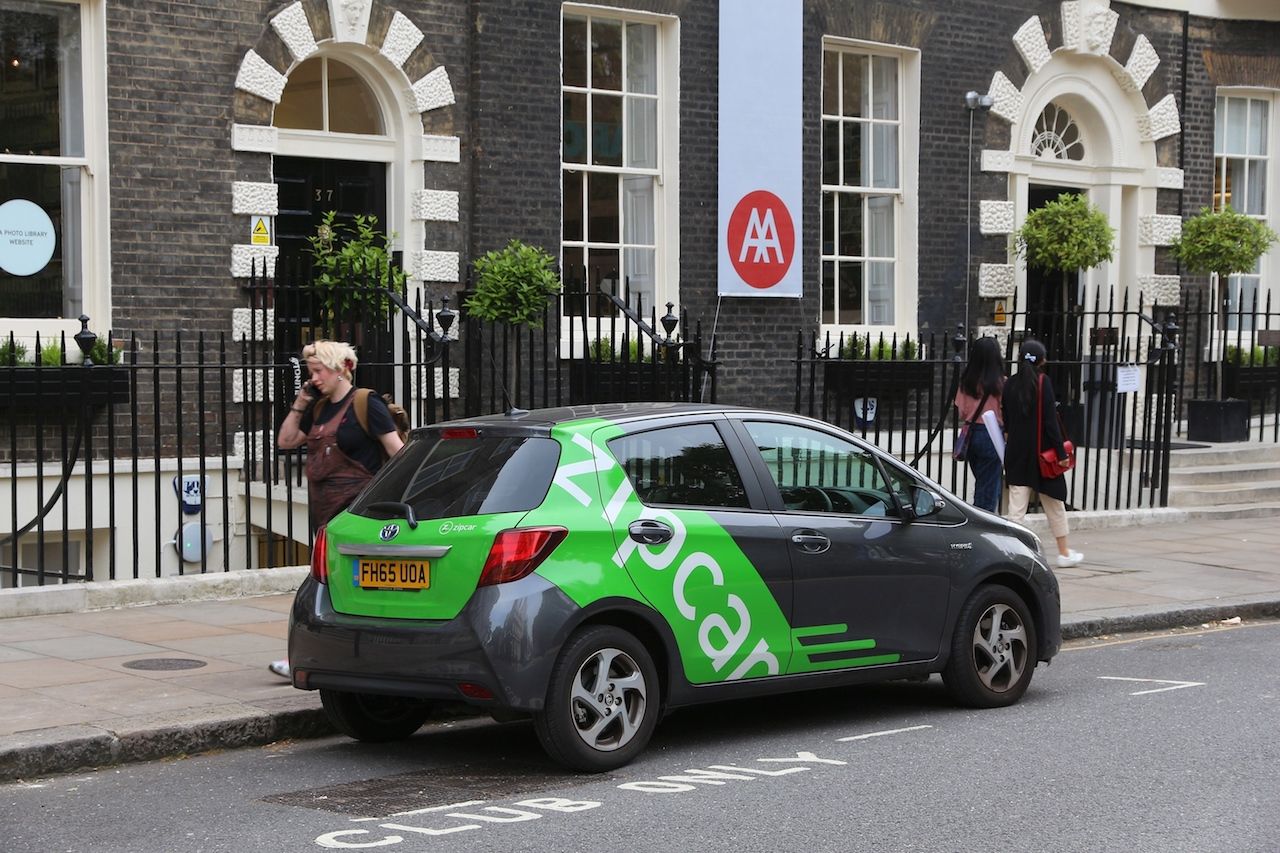 Peer-to-peer sharing could put a dent in the budget market.

Though Uber and Lyft aren’t crippling car-rental companies the way people think, peer-to-peer car sharing might creep in and take some of the budget-rental segment.

Turo is probably the best-known of the new options. The service allows private parties to rent their cars with full insurance for however much they’d like to through other private parties, all through a convenient smartphone app. Often this allows travelers — or those needing just a short trip — the flexibility to rent an older, cheaper car when a newer model isn’t required. Or to rent someone’s Tesla for the day for a lot less than Exotic Car Rental agencies charge. It’s billed itself as the Airbnb of rental cars, but it hasn’t quite put the scare into the rental-car industry that its lodging counterpart did into hotels.

Beyond Turo, there is also TravelCar, a company that offers the double advantage of free parking and free money for people traveling out of town — and cheaper, nicer rental cars for visitors. Essentially, TravelCar lets you park for free in its lot then rents your car out to someone else while you’re away. It takes a cut of that fee, gases up your car and washes it, and has it ready for you when you return. For renters, the prices average about $17 a day, which makes it appealing for budget-conscious travelers.

“Anyone who wants a few extra bucks for an activity, or that’s just excited to save so much on a rental car, that’s who we’re hearing the most from,” says TravelCar Marketing Director Kimberly Wanson. TravelCar is only in Los Angeles, San Francisco, Orlando, and Chicago for now but may expand as demand rises.

Short-term car-sharing services like Zipcar have been around for a while, but even that segment is seeing some sexier new alternatives. In Seattle, BMW offers by-the-minute rentals of 700 BMWs and minis for people needing cars for a short time through its ReachNow service. The app offers an upscale alternative to companies like Car2Go and Zipcar (plus free admission to local state parks), which have also taken some of the single-day rental market away from the traditional heavyweights.

Again, the numbers say none of these new entrants have put too much of a crunch on rental-car companies, but the smart ones are already looking to adapt. 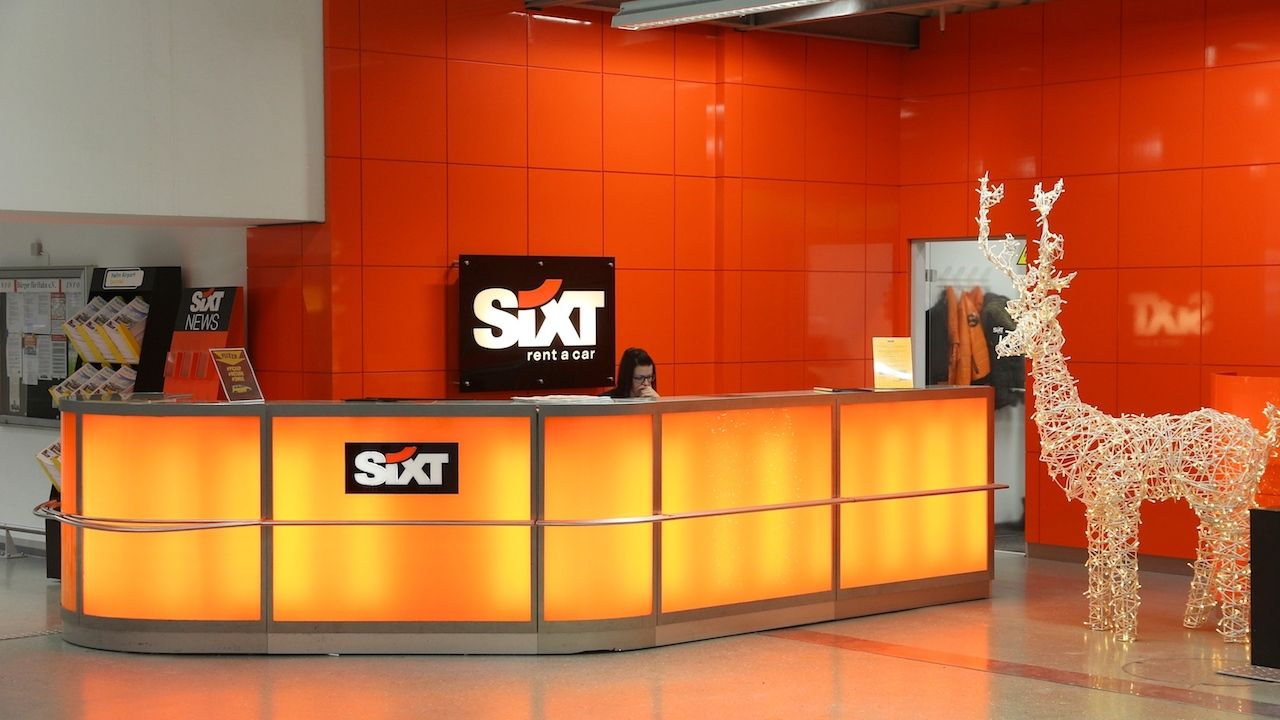 Big companies find their niche and enter into new markets.

Perhaps the best example of a rental-car company positioning itself for the 21st century is Sixt, the sleek, sexy, bright orange booth renting exotic and luxury cars. Where rental cars have traditionally been a commodity, Sixt is taking a cue from countless “marketing to millennials” articles and focusing on experiential travel.

“Our adaptation has been to make renting a car experiential and different,” says Sixt’s Florence. “We’re trying to be a brand and not just a commodity and bring something a little different to the market. We’re giving you a chance to drive a car you wouldn’t normally be able to drive, under six months old, under 25,000 miles. It’s creating an experience where people become fans of the brand.”

Sixt has waiting areas a little reminiscent of Virgin’s boarding lounges with calming music, water, coffee, and soothing lighting to make the sometimes-infuriating line process enjoyable. These sorts of differentiators have not only allowed the company to charge a premium but made it different enough in customers’ eyes that they’ll continue to rent from Sixt even when other options exist. The attitude recently garnered Sixt 14 World Travel Awards and an award from Trazee as the top brand for millennials.

But bigger, more traditional companies with different brand images are finding ways to adapt, too.

Enterprise, now far-and-away the industry leader, has branched into everything from ride sharing to vanpooling to increase revenues. Its vansharing program, aimed at carpooling commuters, takes an estimated 100,000 passengers a day and has been in operation since 1994. In 2013, Enterprise also purchased Zimride, an online ride-matching and carpooling service. And its CarShare and CarClub programs are helping Enterprise maintain a presence in the short-term rental market as people move away from its once-convenient “We’ll pick you up” program.

Avis, for its part, quietly purchased the car-sharing company Zipcar in 2013. It hired a new head of fleet ventures this year who is looking for ways to help the company stay relevant. Sixt already has a ride-hailing app in Europe called myDriver. Hertz, the onetime industry titan, seems to be the slowest to adapt and hasn’t done a whole lot to differentiate its services. Though that may change as automated cars begin to hit the road. 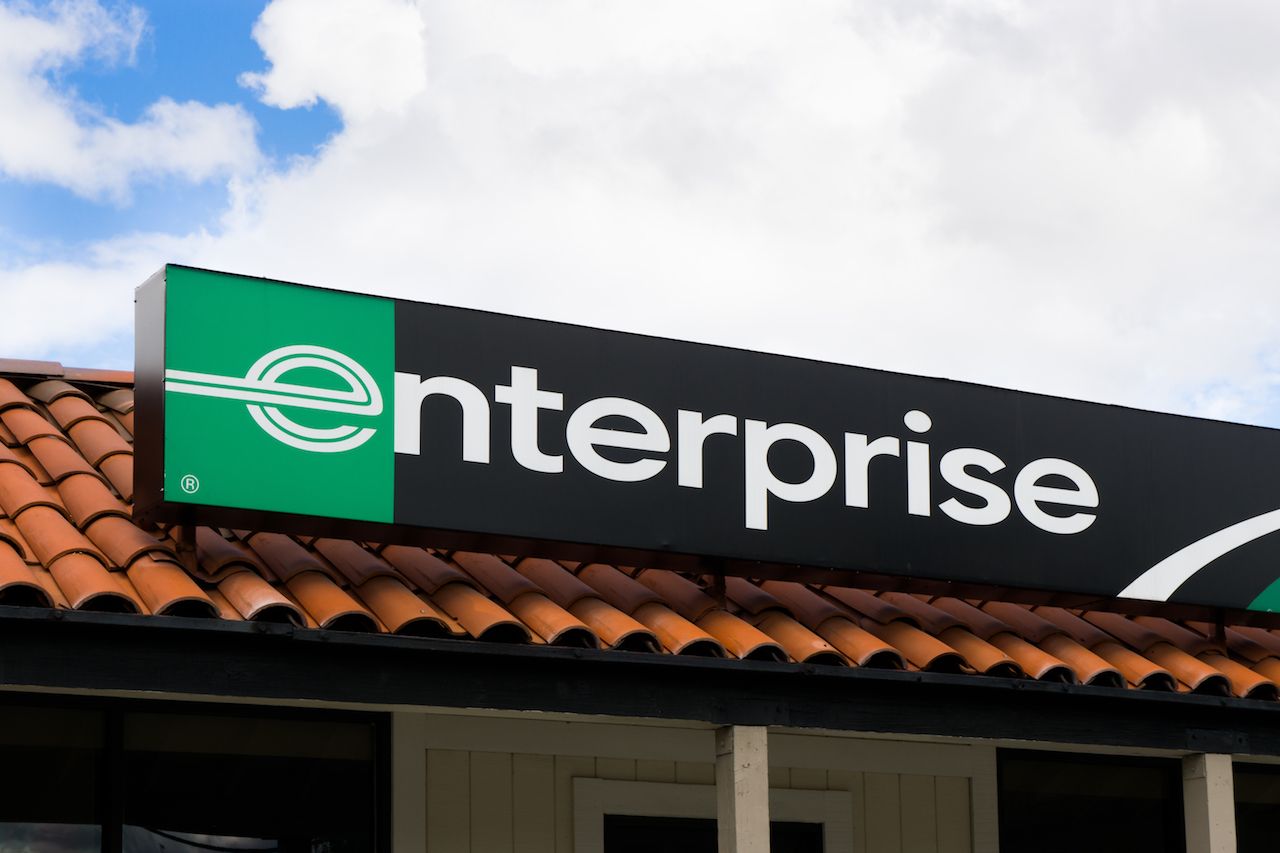 Maintenance may be the key to keeping traditional rental-car companies alive.

The same conventional wisdom that says Uber and Lyft are destroying car rentals also says automated cars are the wave of the ride-hailing future. So take that for what it’s worth. But assuming massive fleets of self-driving cars become the vehicle for both Uber and Lyft, those cars will require large-scale washing, repairs, and maintenance.

And if there’s one thing big rental-car companies know how to do, it’s take care of hundreds of thousands of cars. In its most innovative move, Hertz reached an agreement with Apple, providing cars to test its automated vehicle ventures. Avis reached a similar agreement with Alphabet’s Waymo, and Enterprise says it has already been contacted by several companies looking to leverage its expertise in fleet maintenance. This seemingly puts all of them in the proverbial drivers’ seat for maintenance contracts when they become needed.

This expertise may well be how big car-rental companies stay relevant as newer, easier alternatives come to market — though demand will probably never disappear.

“I don’t see the rental-car business ever completely going away,” says Sixt’s Florence. “It’s an essential part of travel and tourism. But it will morph into something that’s more about experiential things when it’s about travel.”

That means that as long as people still want to experience a new destination from behind the wheel, rental-car companies will still have a function. While budget-conscious travelers will likely look to peer-sharing like Turo or TravelCar, and short-term renters will use car shares, big companies will survive by diving into those markets, as well. They’ll also survive by using the processes they’ve perfected in maintenance and fleet management to service automated cars. Uber and Lyft might not have taken the toll on rental cars that everyone thinks, but it’s hard to deny that the industry is smack in a wave of disruption. And if nothing else, it will be fascinating to see what’s left when that wave finally recedes.

Financial SavvyIs It Cheaper To Rent a Car or Take an Uber? Everything You Need To Know.
Tagged
Travel Trip Planning
What did you think of this story?
Meh
Good
Awesome