From Cape Cod’s snug clapboard cottages to Nantucket’s dolce vita and the Vineyard’s breezy beaches, coastal Massachusetts is a known summer destination. However, as temperatures begin to cool in the Northeast, the most beautiful season in coastal Massachusetts draws nigh: autumn. If you’re yearning for a jaunt through the Cape or the Islands, skip the summer crowds and plan your trip for September or October. While “summering” in Edgartown or Hyannis Port might sound glamorous, June through August are fraught with traffic, long lines, and sky-high prices. The fall, on the other hand, sees thinner crowds, glorious sunsets, the tastiest oysters of the year, and refreshing temperatures. Here’s everything you need to know to plan an unforgettable fall weekend on the Vineyard, Nantucket, or Cape Cod. 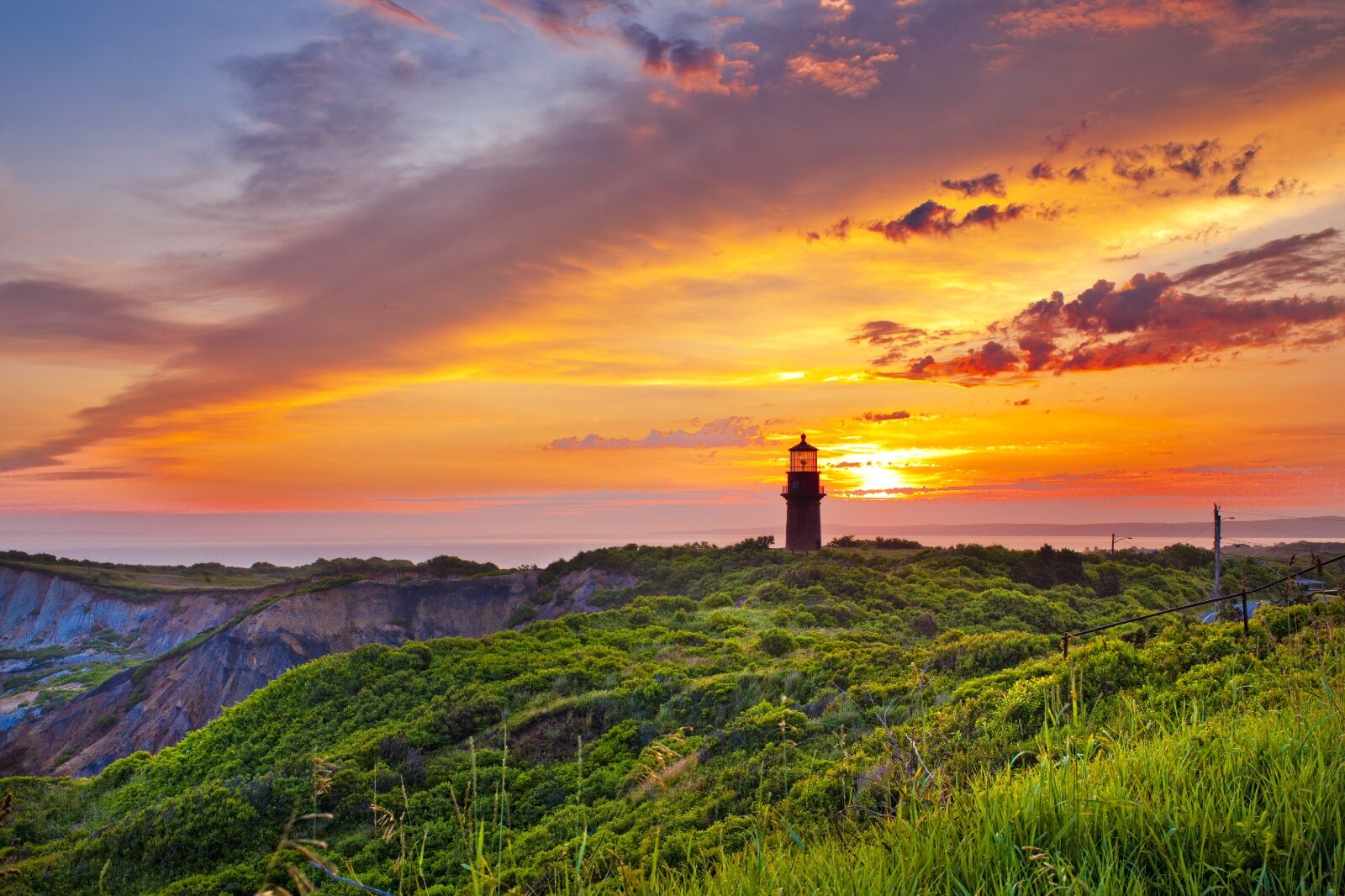 While the Kennedys, Obamas, and Clintons might all own homes on the Vineyard, you don’t need to be an ex-POTUS to enjoy the delights of this gorgeous island. In fact, you can even plan a relatively cheap vacation to the Vineyard. From sipping Champagne flights in Edgartown to noshing fish and chips on the pier in Menemsha, each of the Vineyard’s four major towns offers a different flavor. About 40 percent of the island is permanently protected conservation land, and the Vineyard is one of the last places in New England where you can visit pristine maritime scrubland.

If you’re staying in Edgartown, the Vineyard’s largest township, christen the day with a perfectly made coffee at Behind the Bookstore or Rosewater. Once caffeinated, take a stroll down Water Street to admire the fall foliage and Edgartown’s exquisite gardens and harborside homes. Water Street eventually takes you to Lighthouse Beach, one of the island’s oldest lighthouses. For an excellent 2- to 3-hour hike, head to Great Rock Byte, about a 30-min drive from Edgartown. The hike takes you past sea cliffs and rock towers jutting out of the ocean, and during the fall you’ll see nary another soul on the trail. Bring some refreshments (like a picnic basket with snacks from Rosewater), and a bathing suit — a dip in the ocean is sublime this time of the year. For an educational tour of the Vineyard, check out the African American Heritage Trail of Martha’s Vineyard. The organization offers driving tours of the entire island (4.5 hours, $80 per ticket) or of individual towns (2.5 hours, $60 per ticket).

For the gourmand, autumn on the Vineyard is a season of joy. Vineyard oysters are among the best in the world, and the briny bivalves, which are more plump and sweeter before the winter, reach the height of perfection late in the year. Make your way to The Port Hunter or Alchemy for a plate of shucked Honeysuckles, a local oyster as sweet and delicate as the name implies, paired with a New England IPA. The Outermost Inn and Dock Street Diner (the former a white-tablecloth affair, the latter a diner popular among fishermen) both promise unforgettable meals on the Vineyard. Head to the West Tisbury Farmers Market to sample a cornucopia of the island’s autumn bounty: honey, gourmet mushrooms, apples, and much more. The market runs from 9 AM until noon on Wednesdays and Saturdays until the end of October. 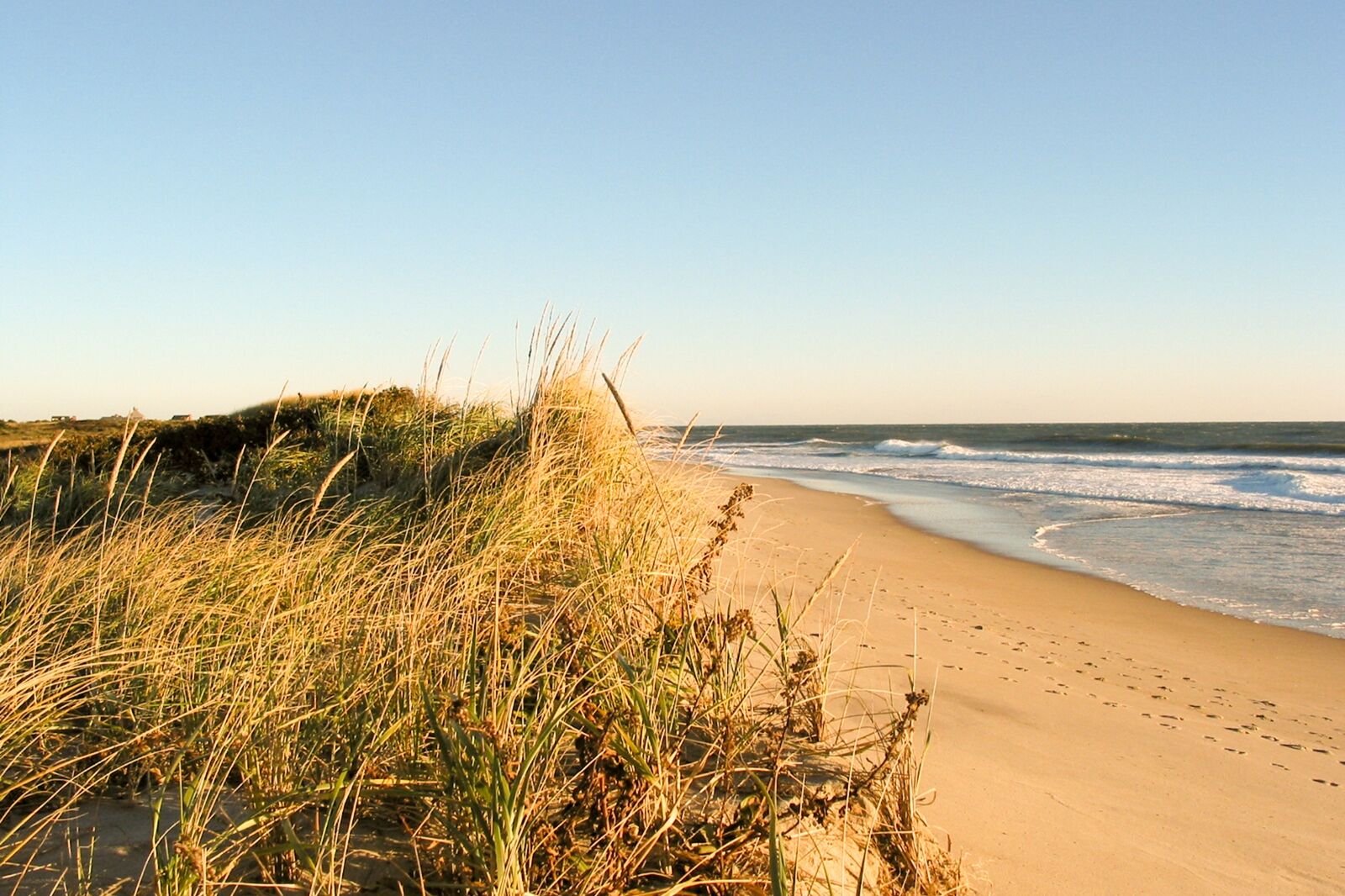 About 30 miles off the coast of mainland Massachusetts, Nantucket is New England’s most glamorous island. With cobblestone streets, picture-perfect beaches, and exquisite English gardens, it’s easy to understand why the Gray Lady has long been a favorite retreat for the rich and famous. Lovers of fine-dining and boutique shopping will find Nantucket as alluring as Soho or Rodeo Drive. While Martha’s Vineyard has both summer and year-round communities, Nantucket is almost exclusively for vacationers — perhaps partly explaining the island’s unabashed embrace of the Champagne lifestyle. Nantucket is no budget destination, but there are ways to save some money when visiting.

While the fall evenings in Nantucket are cool enough for sweaters and hot chocolate, daytime temperatures remain hot enough for hours on the beach. To enjoy a glorious fall afternoon, grab some sandwiches at Walter’s Deli and wile the day away on a beach towel at Steps Beach. As the days grow shorter, Nantucket’s sunsets grow even more dramatic. Locals will tell you that the Madaket neighborhood is the best place to watch the sun slowly dip into the Atlantic. Nantucket has no shortage of outdoor activities that are well-suited for the fall. Well into the open Atlantic, the island has some of the best surfing on the East Coast. The most popular surf spots like Cisco and Nobadeer get congested during the summer, but you’ll have the swell practically to yourself in the fall. Note that you should pack a wetsuit if you plan to surf as the water is cold.

Catering to a clientele with expensive palates, Nantucket not surprisingly has its fair share of fabulous restaurants. If you’re looking to wine and dine in high style, Queequeg’s or The Charlie Noble incorporate fall produce like squashes and apples into gourmet creations. For burgers, beer, and live music in a venue that stays open late, head over the Chicken Box. Beer lovers can’t leave the island with a visit to Cisco Brewery, a Nantucket institution. Cisco’s patio is an ideal place to toast the shortening autumn days, play a round of cornhole, and knock back some of the best IPAs and Octoberfest-style ambers in New England. 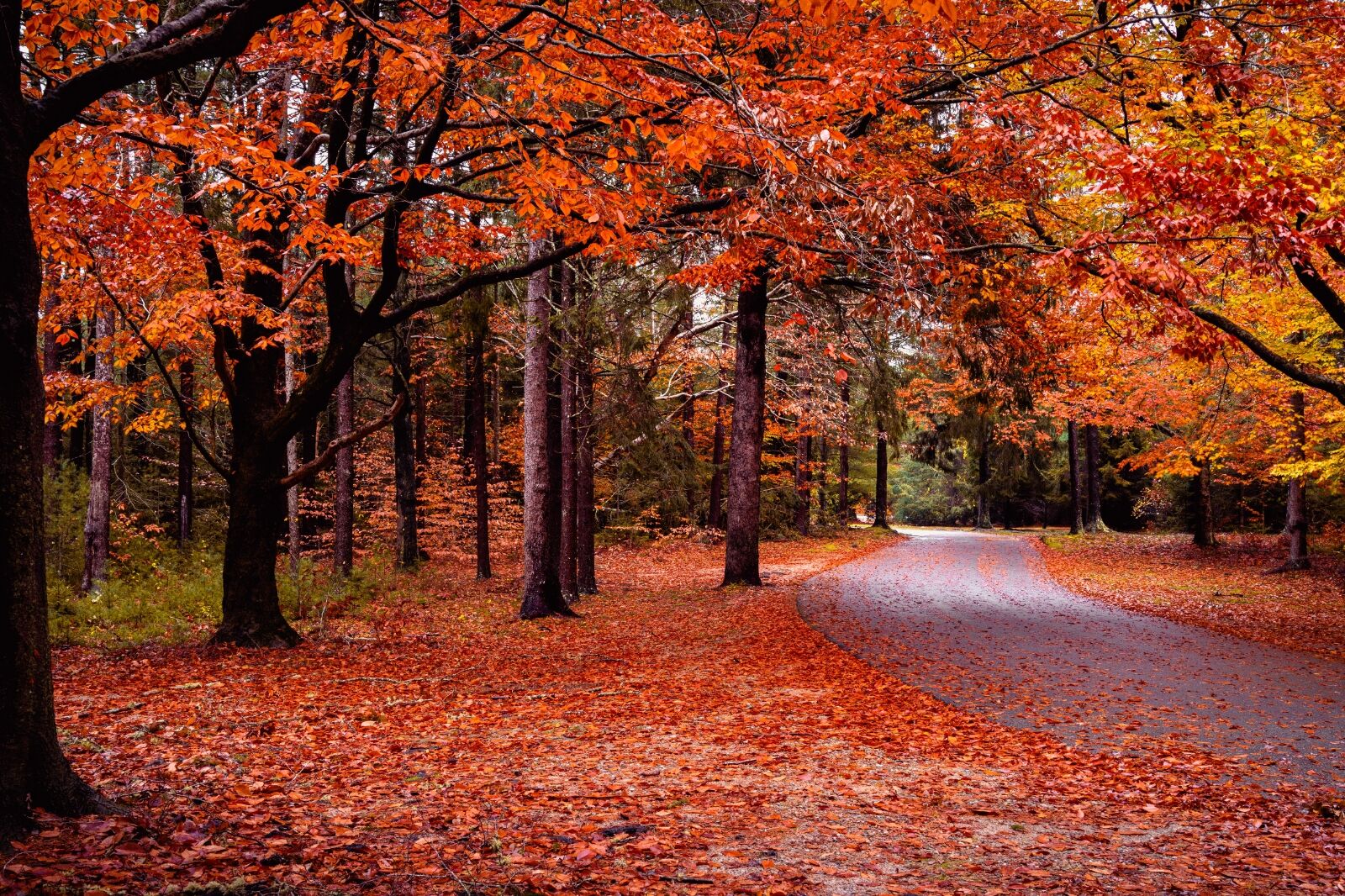 From lazy beaches in Hyannis Port to exuberant LGBTQ+ culture in Provincetown, Cape Cod has something for everyone. You might be surprised to learn that Cape Cod, like the Vineyard and Nantucket, is an island — at least technically speaking. In 1935, the Army Corp of Engineers completed the Cape Cod Canal, a waterway effectively severing the arm-shaped peninsula from the rest of the Bay State. Cape Cod is far more populous than Martha’s Vineyard or Nantucket, and the Cape is speckled with historic towns, many of which were founded by 17th century Pilgrims. Fall on the Cape brings a slew of festivals and cultural events, like the Cranberry Arts and Music Festival, the Wellfleet Oysterfest, and Cape Cod Brew Fest.

Cape Cod and cranberries go together like the autumn and beach bonfires. The fall ushers in the harvest of these tart, crimson berries, and the Cape’s cranberry bogs, kaleidoscopes of red and purple hues, are beautiful this time of the year. Head up to Harwich to tour a working bog, learn about the regional importance of cranberries, and, of course, sample cranberry-laden treats. Every year in September, the town of Harwich holds the Cranberry Arts and Music Festival, a celebration of the Cape’s musicians, artists, brewers, and chefs. For outdoor activities, grab a bike to explore the Cape’s charming hamlets and soak in the fall foliage. The ride from Hyannis, near the base of the peninsula, all the way to Provincetown, the end of the peninsula, takes about 5 hours. The Cape Cod Chamber of Commerce lists some of the Cape’s best bike trails. If you cycle to Provincetown, long one of the East Coast’s most celebrated queer-friendly enclaves, reward yourself with an ice-cold beer at Old Colony Tap.

Speaking of excellent beer, the Cape punches well above its weight for breweries, with Cape Cod Beer and Barnstable Brewery notable standouts. You can obviously expect kick-ass New England IPAs at Cape Cod breweries, but make sure to sample seasonal brews like pumpkin ales or Oktoberfest-style lagers. Don’t sleep on the lobster role at Barnstable Brewery, either.

TravelHow To Plan a Cheap, Last-Minute Vacation To Martha’s Vineyard
Tagged
Beaches and Islands Massachusetts, United States
What did you think of this story?
Meh
Good
Awesome