Every few years, the whaling practices of the Faroe Islands come under siege. Called the grindadráp, the practice involves rounding up pilot whales and hunting them for their meat and blubber – a centuries-old tradition born from the need to stay warm during the winter. Families who participate carve up the whale meat and allocate it equally, and then it’s frozen to be consumed throughout the year.

The practice is not commercial, and certainly not an activity designed for tourists. Still, activists and visitors to the island have raised concerns about the hunt, which has taken place for hundreds of years. The controversy is mainly rooted in the manner in which the whales are slaughtered.

Hundreds of whales (and sometimes dolphins) are herded into shallow bays each year, and are then killed by knife. Though the modern-day hunt is regulated by the Faroese authorities – you must have an official license to participate – animal rights groups still decry the practice as inhumane. With the ethics of the hunt hotly debated, the issue has spilled over into the country’s burgeoning tourism industry, potentially impacting how visitors view the destination. Rightly or wrongly, the controversial tradition has certainly influenced the global perception of the Faroe Islands, and shaped how the international community views Faroese tradition.

To learn more about how the grindadráp has impacted tourism, we spoke to Páll Nolsøe, communications advisor for the Faroe Islands government.

Páll Nolsøe: Faroe Islanders have caught whales since the time of the Vikings and the Middle Ages, when the distinctive Faroese whaling method was developed. This is the method of hunting in use to this day.

Since the 1980s, new hunting equipment has been developed and introduced, like the blowhole hook and the spinal lance, to ensure more effective killing methods. But apart from these new hunting tools and the use of motorboats, Faroese whaling today is conducted much the same way as in the old days.

To what degree do Faroe islanders still live a subsistence lifestyle where food from hunting and fishing makes up a large part of the diet?

Traditional means of food production from local resources are still an important supplement to the livelihoods of Faroe Islanders. These include mountain grazing sheep, coastal fishing for household use, seasonal catches of certain abundant seabirds and occasional catches of pilot whales and other small cetaceans.

These food resources have enabled the Faroe Islands as an island nation to maintain a relatively high degree of self-sufficiency in food production. In the Faroe Islands, it is considered both economically and environmentally responsible to make the most of local natural resources, and to maintain the knowledge required to make use of what nature provides in a harsh oceanic environment. 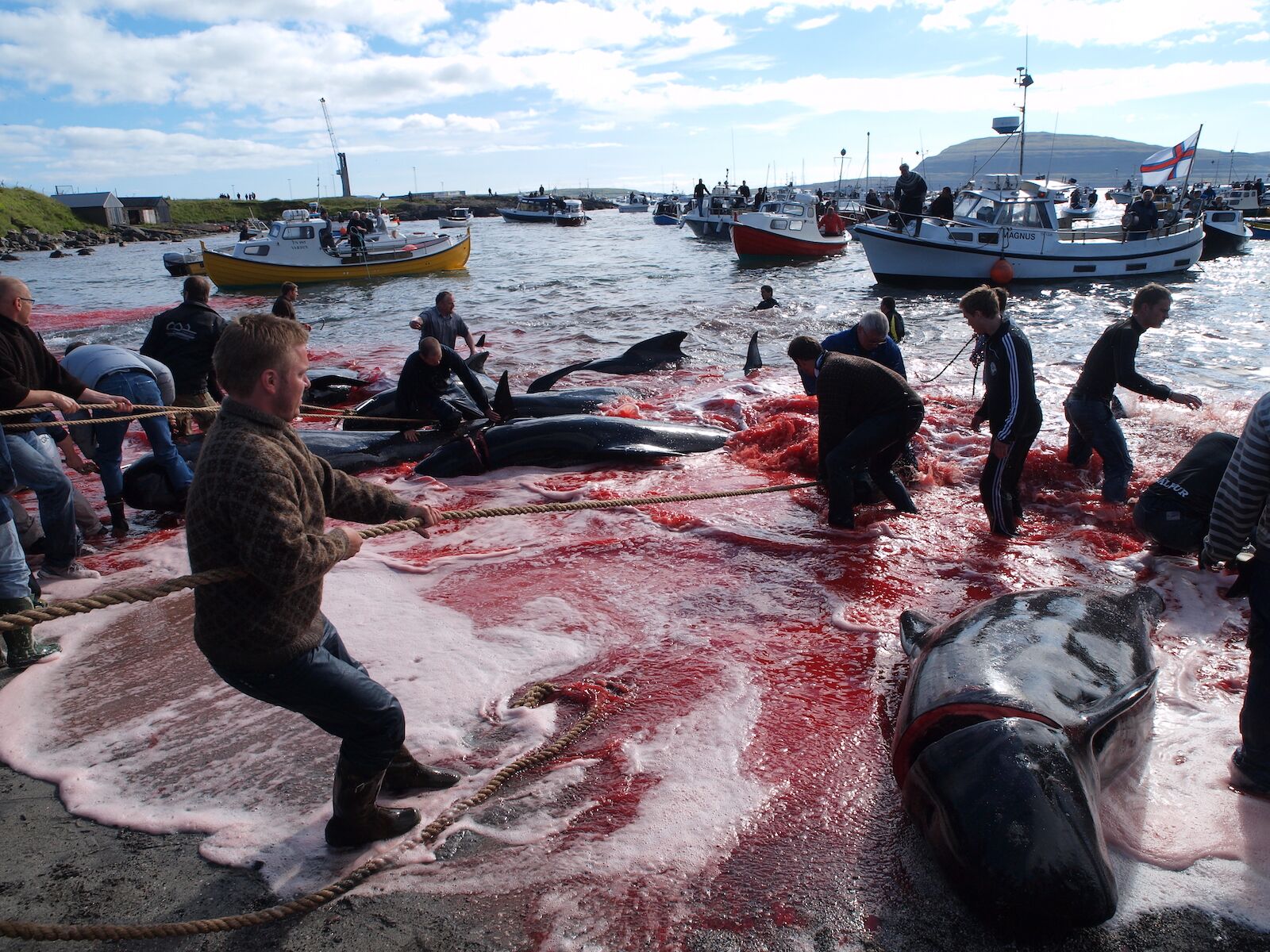 The tradition has become controversial in the international community. Is there similar controversy among the Faroese, or is it widely accepted by locals?

In your experience, do tourists ever raise ethical concerns about the grindadráp, or simply accept it as part of Faroese tradition?

My ministry sometimes receives letters of protest from people who say they do not want to visit the Faroe Islands because of whaling. At the same time, we regularly receive inquiries from tourists who want to get more information about whaling in the Faroe Islands, and not least about whether it is possible to experience a whale drive and how to do so. So my experience is that among tourists who visit the Faroe Islands, there is an acceptance that whaling is part of Faroese society and way of life, and also an interest in knowing more about whaling.

Does grindadráp figure into the tourism experience at all? Can visitors participate?

Whaling takes place in the public space, so everyone has the opportunity to see a whale catch. But since whaling is not scheduled, but happens when a school of whales is spotted by chance, it is not possible to plan a whaling experience as a part of a visit to the Faroe Islands. Anyone can participate in whaling in the Faroe Islands. But only persons who have participated in a pilot whaling course and received information about whaling legislation, use of whaling equipment, killing methods, criteria for establishing death and been issued with a course certificate are entitled to kill whales.

Road TripsIsland Hopping by Car in the Wild Faroe Islands
Tagged
Wildlife Faroe Islands
What did you think of this story?
Meh
Good
Awesome

Island Hopping by Car in the Wild Faroe Islands

Why the Mighty, Wild Faroe Islands Belong on Your Bucket List

Check These Otherworldly Images of the Faroe Islands

How To Visit Lake Sørvágsvatn in the Faroe Islands

I Visited the Faroe Islands To Learn About the Grindadrap. Here's What I Found Out.