No greater problem plagues festivalgoers than how to gracefully, or at least inoffensively, relieve themselves of all those boozy, bladder-shrinking beverages they’ve been guzzling.

Urinating discreetly has never been the same challenge for men that it is for women, and ever since the invention of the urinal, it’s only become that much easier for half the population to pee freely and quickly. French architect Gina Périer is looking to change all that. In one of the simplest, most obvious, yet groundbreaking bids for gender equality the modern world has seen, Périer and co-founder Alexander Egebjerg recently introduced Lapee to the festival scene, unveiling the world’s first industrially produced female urinal.

Lapee is hardly an elaborate contraption, requiring only a few modifications to a traditional urinal setup, including raised sides for privacy and a more generous target area. Safety was a primary concern in the design stage, but Lapee’s website also claims that it increases efficiency by 600 percent, taking an average of 30 seconds to use compared to a regular toilet’s three minutes. Moreover, the urinal’s spiral design allows three women to pee simultaneously. 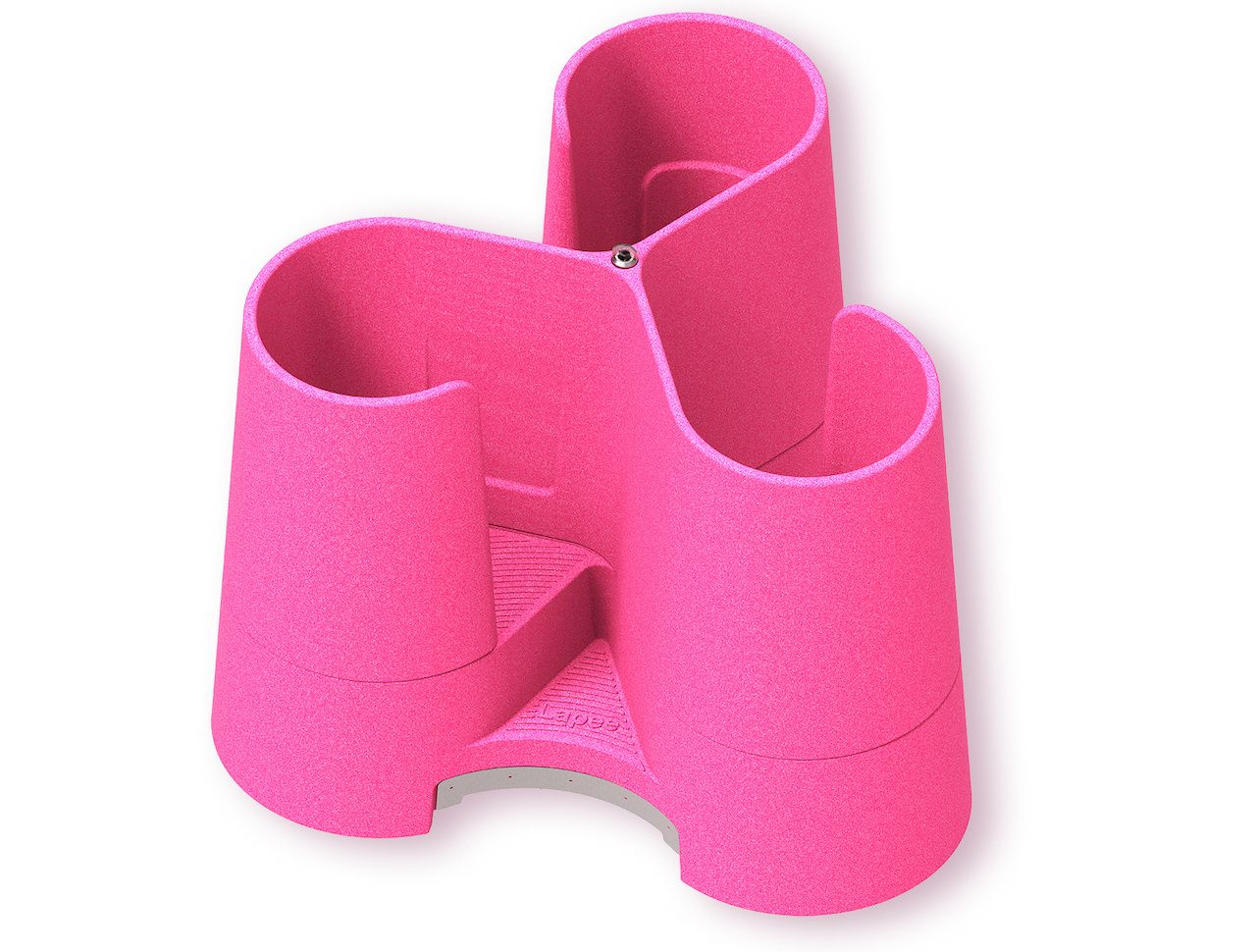 According to The Guardian, Lapee was met with rave reviews at the Roskilde Festival in Denmark earlier this summer and on social media, as well as a fair bit of skepticism. For some, it’s a matter of overcoming the idea of a female urinal, but the trial run also revealed some kinks that need to be worked out, such as how to avoid overflow. Given the product’s overall success, plans are already underway to expand Lapee’s reach to festivals around the world.

So, ladies, next time you find yourself debating whether to make a pit stop and potentially miss that headliner you’ve been dying to see or risk having an accident halfway through their set, take a quick look around for a hot pink Lapee. After all, female urinals are a far better alternative to porta-potty purgatory or trying to convince your friends that some long-gone stranger spilled their beer all over your pants when no one was looking.

Airports + FlyingUS Airports Are Now Required To Have Breastfeeding Rooms
Tagged
Events Female Travel News
What did you think of this story?
Meh
Good
Awesome