Not that you ever need an excuse to head to Europe during the summer other than it being Europe in the summer. But sometimes it’s nice to have an event to base your travels around and something to do other than fight the million other Americans who also thought this would be a good time to cross the pond. European music festivals offer the perfect centerpiece to a summer Eurotrip, a weekend where you can converse with people from all over the world and maybe catch Cardi B somewhere along the way. As summer creeps in and you start planning what to do once the weather gets warm, here are a dozen festivals you can plan your trip around. 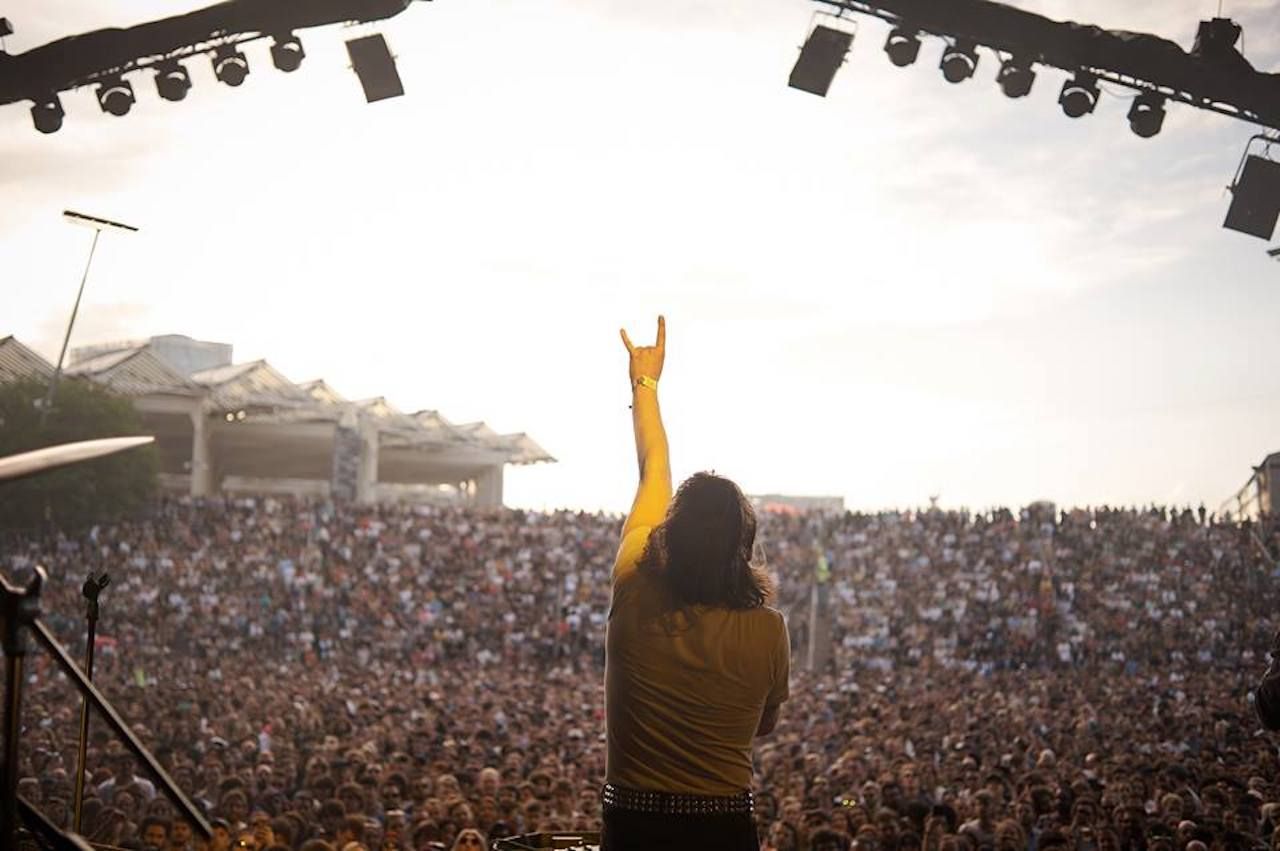 Most two-weekend festivals limit themselves to one locale to simplify logistics. Not Primavera Sound, which gives you the chance to hit two of the Iberian Peninsula’s most popular summer destinations by going both weekends. The festival lineup gives us a little bit of everything, with Barcelona headliners including Cardi B, Tame Impala, and Solange, and Porto featuring J Balvin, Interpol, and Erykah Badu. Both festivals are held right near the water too, offering two of the prettiest festival settings on the continent. 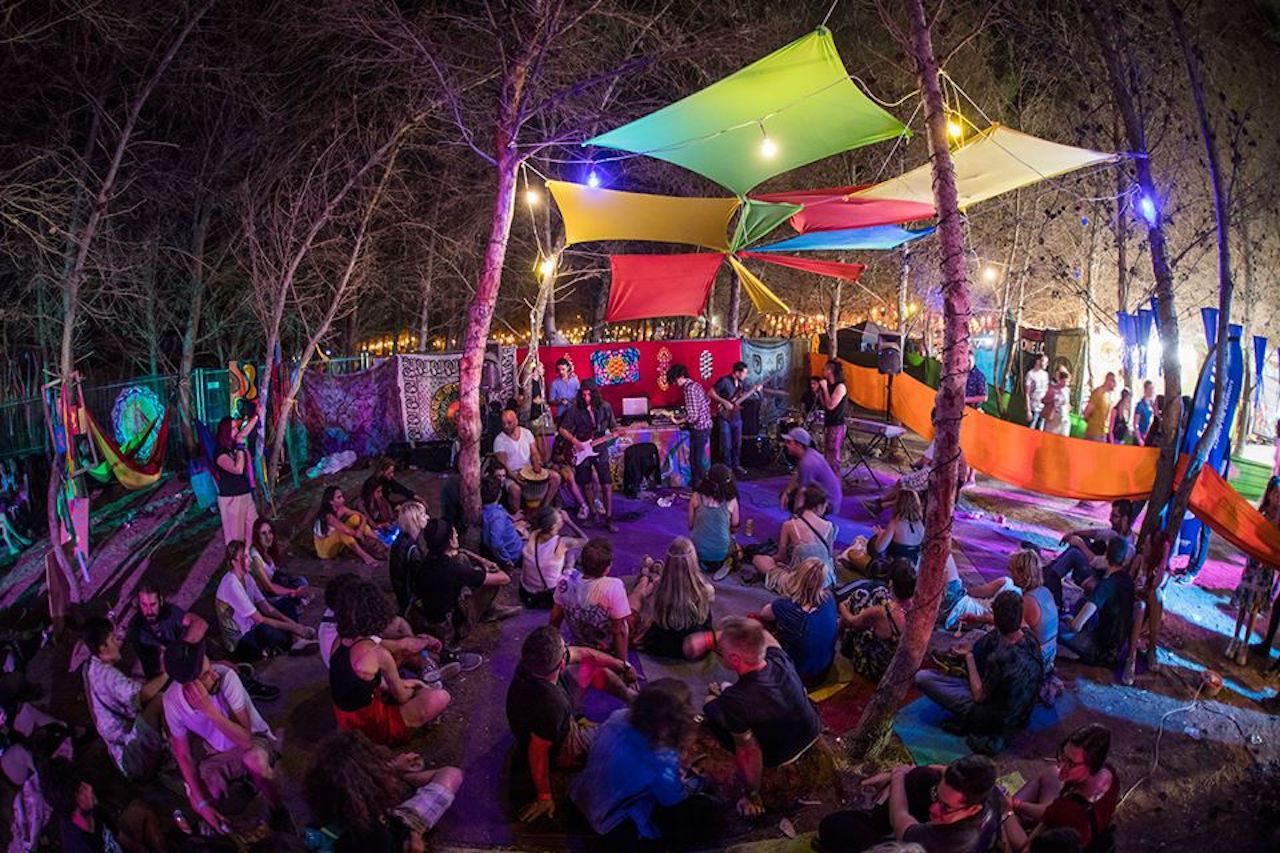 Though its recent tourism explosion sometimes leaves the island of Malta feeling oversaturated, an escape into the forest at Earth Garden allows you to appreciate the nature that brought so many people here in the first place. The three-day festival will have you camping in the middle of a national park, bouncing between healing sessions and concerts in an “Enchanted Forest.” The acts here might offer the best variety of any festival on the summer Euro circuit, with over 100 performers ranging from ska to funk to hip-hop. You won’t find huge-name headliners, but if you’re more into the experience than Insta-braggable names, this is the festival for you. 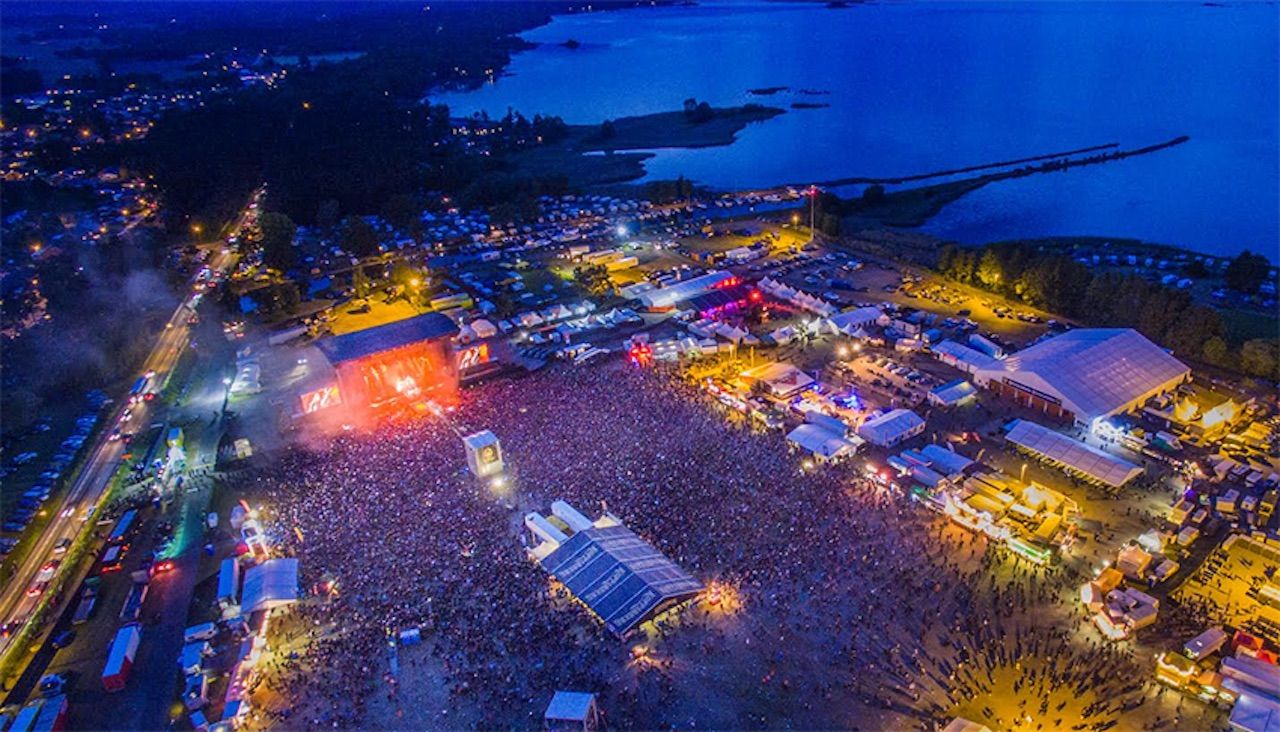 While European festivals tend to be long on electronic music and whatever’s killing the Top 40, the Sweden Rock Festival dates back to the early ‘90s and is a welcome change for those who love good old rock and roll. Europe’s largest rock fest is four days of classic rock, metal, and blues, and this year it’s headlined by KISS, ZZ Top, and Slayer. You’ll find the grounds meticulously maintained over the festival’s four days, as well as indoor flushing toilets and concession lines that move efficiently. Perfect, maybe, for the aging rock and roller who’s not so into chaos anymore. 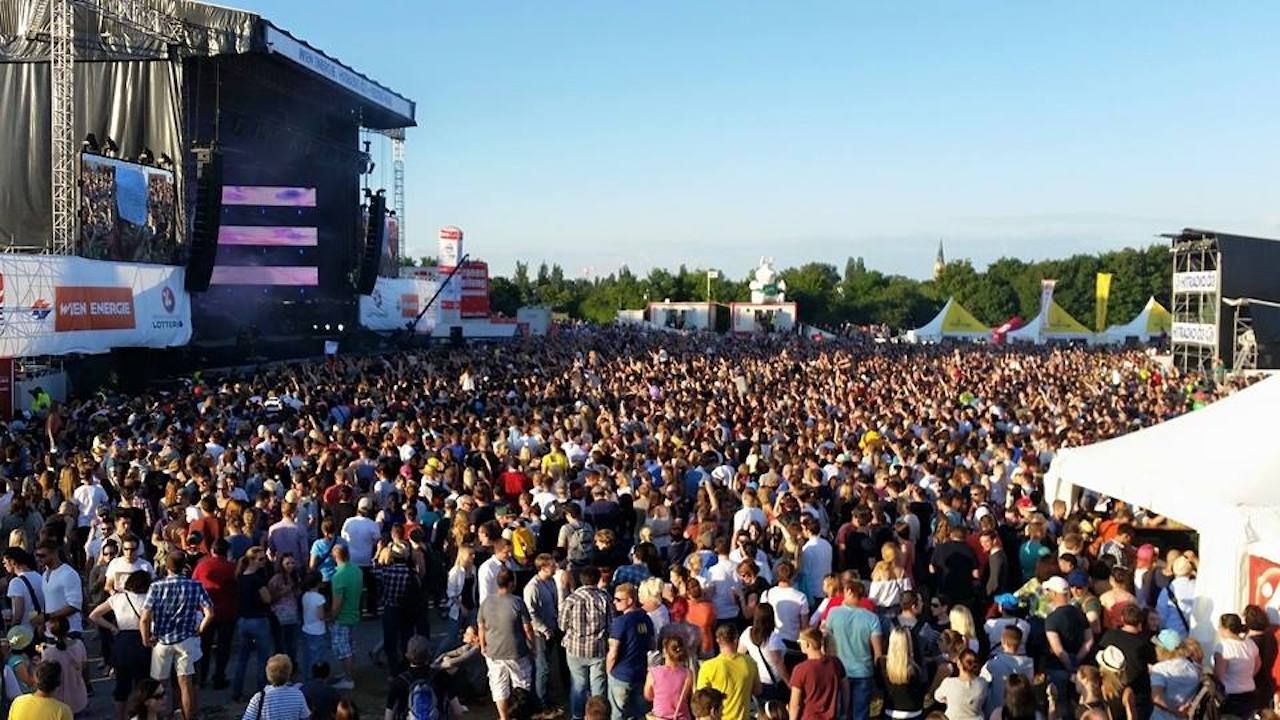 For the budget Euro traveler, no festival tops Donauinselfest, the biggest and best free music festival in Europe. It draws over two million people over the weekend, making it the largest free outdoor festival in the world. The whole thing goes down on Donauinsel Island in the middle of the Danube River, where 10 stages and 18 tents offer over 600 hours of shows. This year’s lineup won’t be announced until mid-May, but last year Michael Bolton joined an extensive lineup of German and Austrian acts. 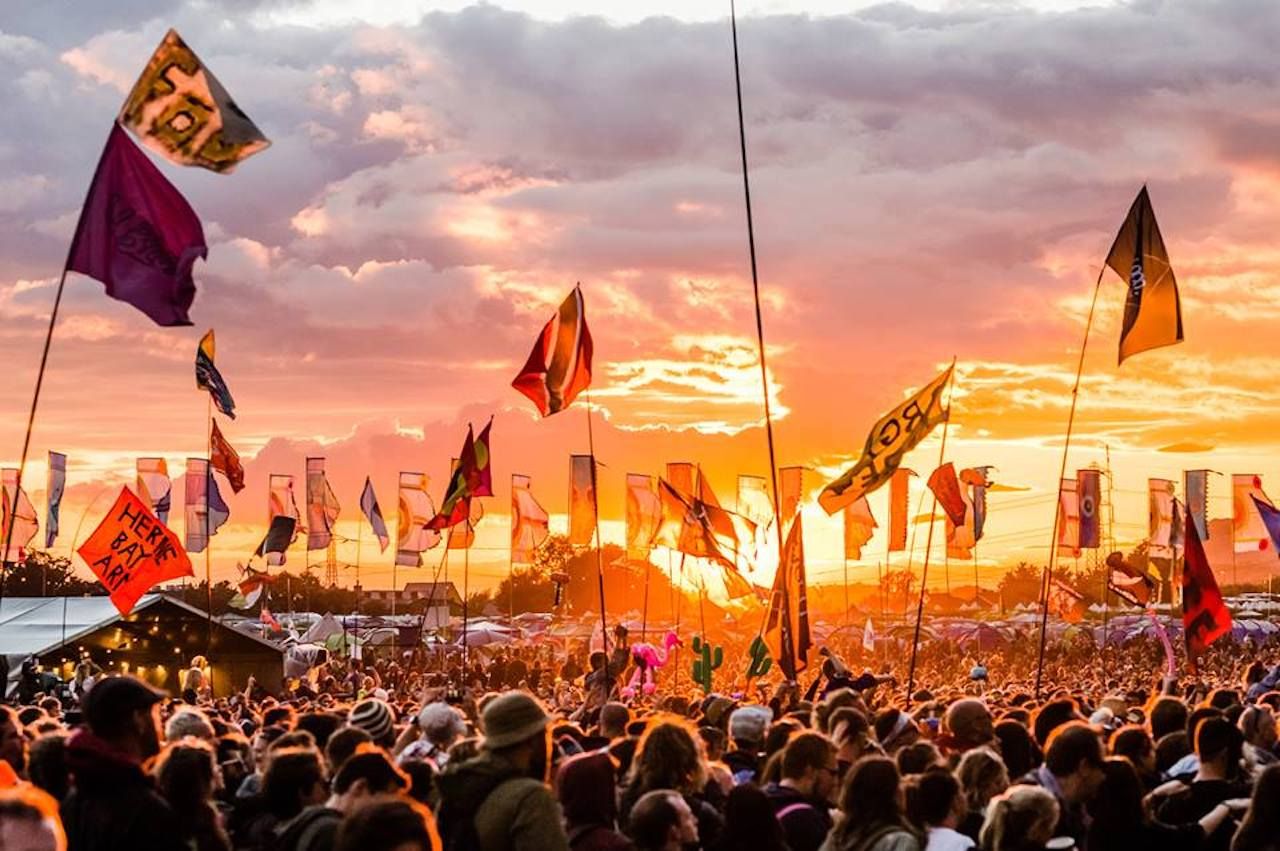 Though it might not have invented the field festival, Glastonbury has certainly perfected it over its nearly 50 years, drawing over 175,000 people for art, music, and pretty much anything else you can put on a stage. The UK’s largest music fest took last year off and returns with The Killers, The Cure, Janet Jackson, and Tame Impala leading the continent’s most impressive summer lineup. It’s still a camping festival — so while the music is first-rate, don’t go expecting a luxury experience. Still, Glastonbury’s a chance to get outside for a few days in the English countryside and enjoy its brief stint of nice weather. 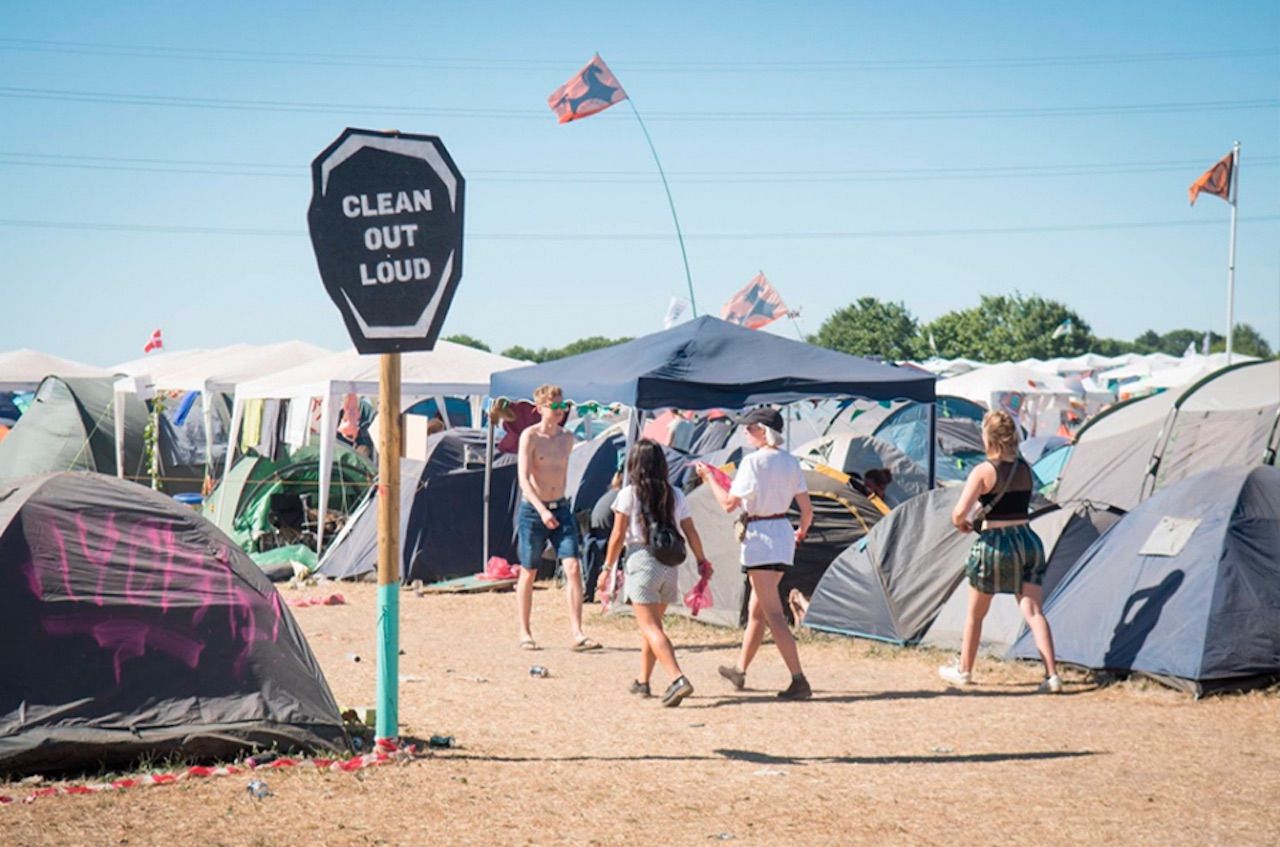 Though a lot of festivals talk a big game about togetherness, community, saving the planet, and all that other happy stuff, Roskilde puts its money where its marketing mouth is. The festival is a non-profit organization in which workers are all volunteers, and 90 percent of the food served is organic. It’s also one of the oldest festivals in Europe, dating back to 1971, with genres all over the board. This year’s edition brings Bob Dylan to the stage along with Cardi B and Robert Plant. Hopefully all at the same time. 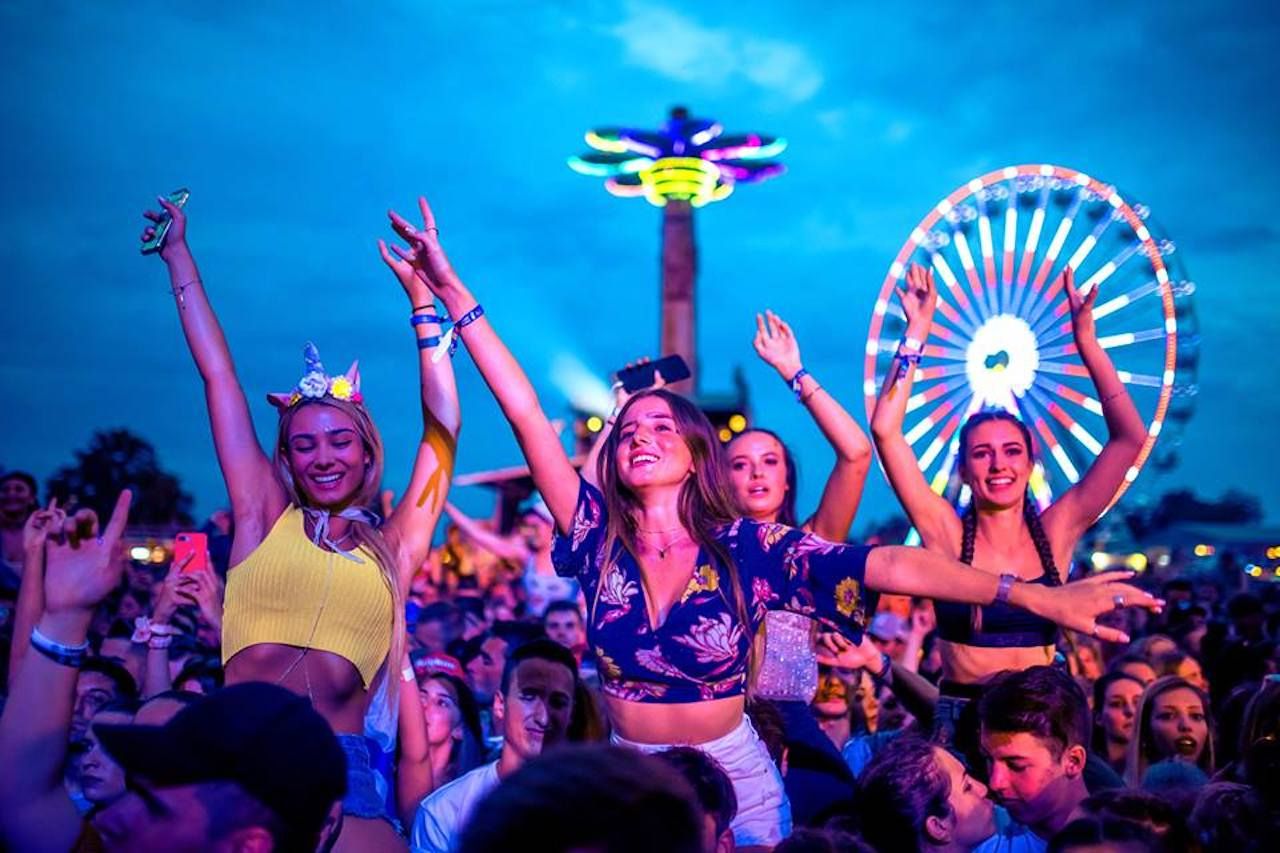 The people behind the massively popular Sziget festival founded this offshoot in 2007, an EDM-heavy fest held right on the shores of Lake Balaton. Balaton Sound is as close as you’re getting to a large-scale beach festival in Europe where campers set up on the sand and take the short walk over to the stages. This year the lineup delves a little further into hip-hop acts than in previous editions, where Future, Denzel Curry, and Yxng Bane join the likes of Armin Van Buuren and Tiesto. 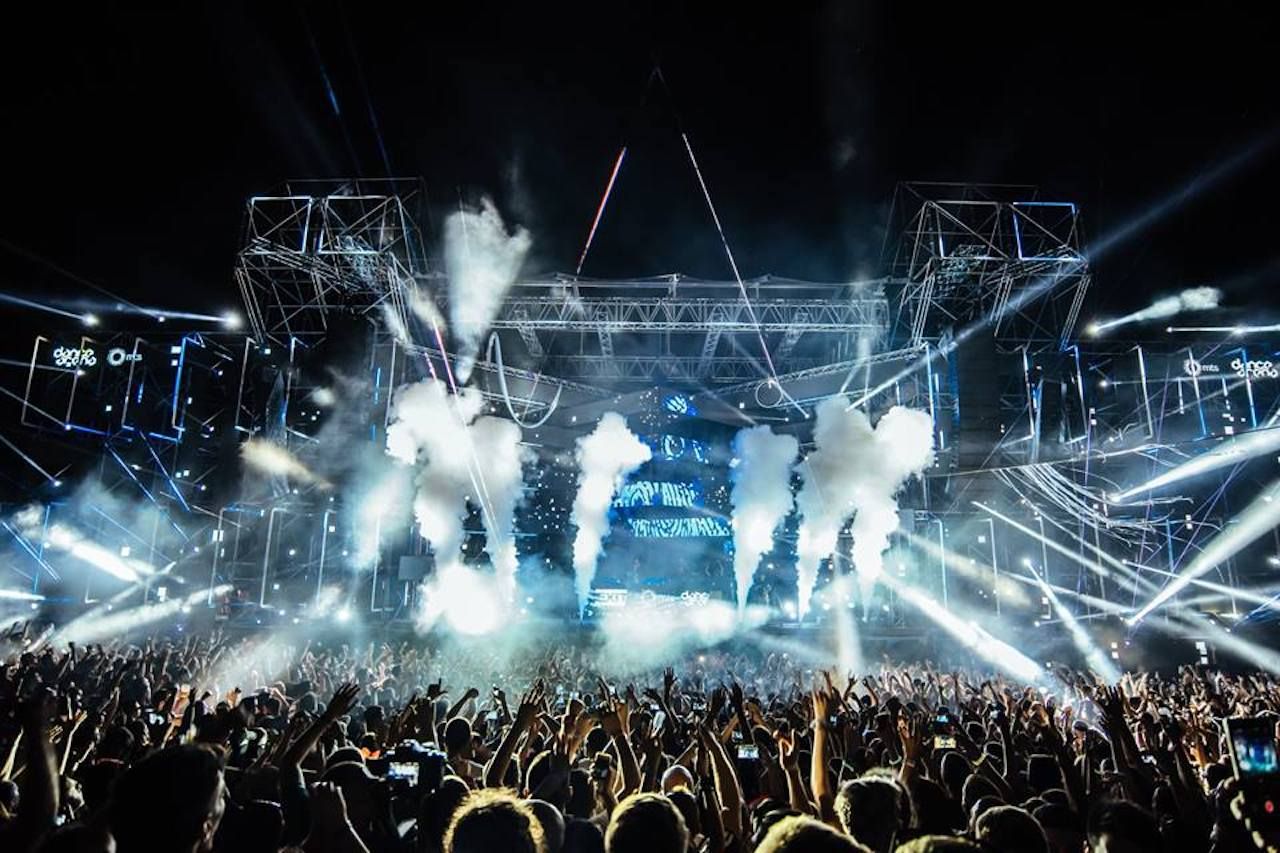 When the Austrian Empire built the Petrovaradin Fortress during the 17th and 18th centuries, they probably never thought it would be filled with people listening to a guy named DJ Snake. But such is the world we live in today, where this historic fort hosts the annual Exit Festival, a largely EDM extravaganza held in one of the world’s most unique venues. The festival actually started as a student movement during the 1990s, fighting for peace and democracy after the fall of the iron curtain. But now it’s an excuse to sit out in the sunshine and enjoy music from Europe’s top DJs, with a handful of bands thrown in as well. 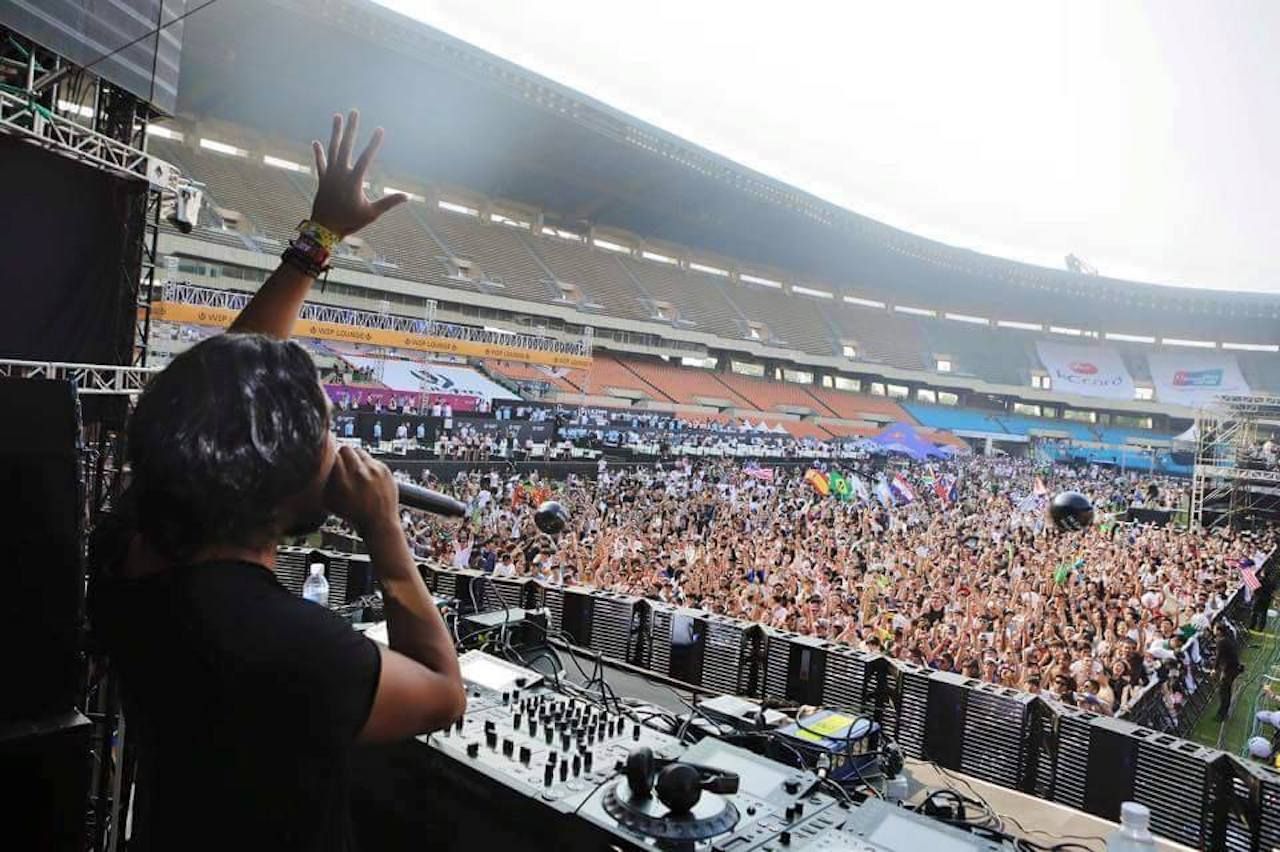 The world’s biggest electronic music festival has now spread to nearly every continent — with the European edition, Ultra Europe, going down at Poljud Stadium in the seaside paradise of Split. The main festival is pretty self-contained within the stadium walls, where previous headliners have included Armin Van Buuren, Hardwell, and Axwell & Ingrosso. But perhaps the best part of the festival experience is outside Ultra itself, where you’ll find countless boat parties, beach parties, and other associated events that make this the best weekend of the year in Split. 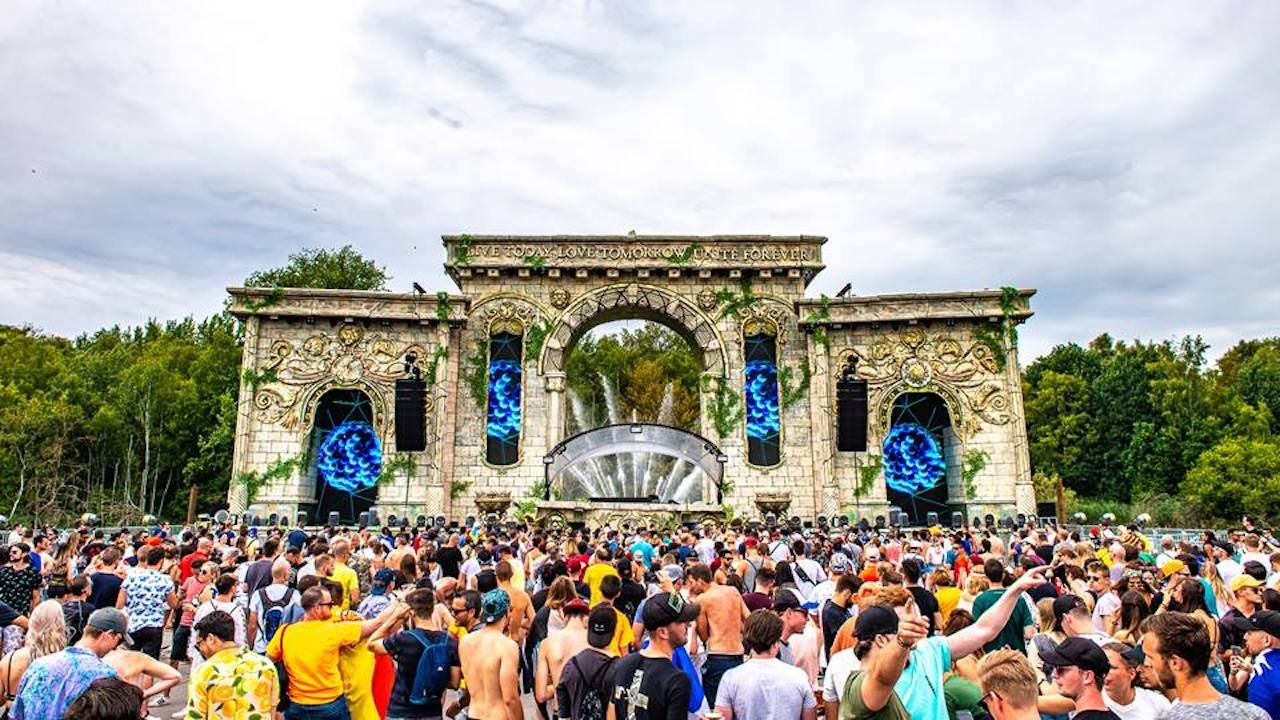 Arguably the most famous European summer music festival, Tomorrowland draws tens of thousands of people over two weekends to the appropriately named town of Boom. The EDM-heavy fest is an onslaught of oversized art pieces and hard-pounding electro, with names like Carl Cox, Eric Prydz, Afrojack, and The Chainsmokers heading this year’s bill. Adjacent to the festival you’ll find Dreamville, the sprawling campground that offers everything from basic tents to full-on pop-up cabins, which turns into a secondary party of its own after the music’s over. 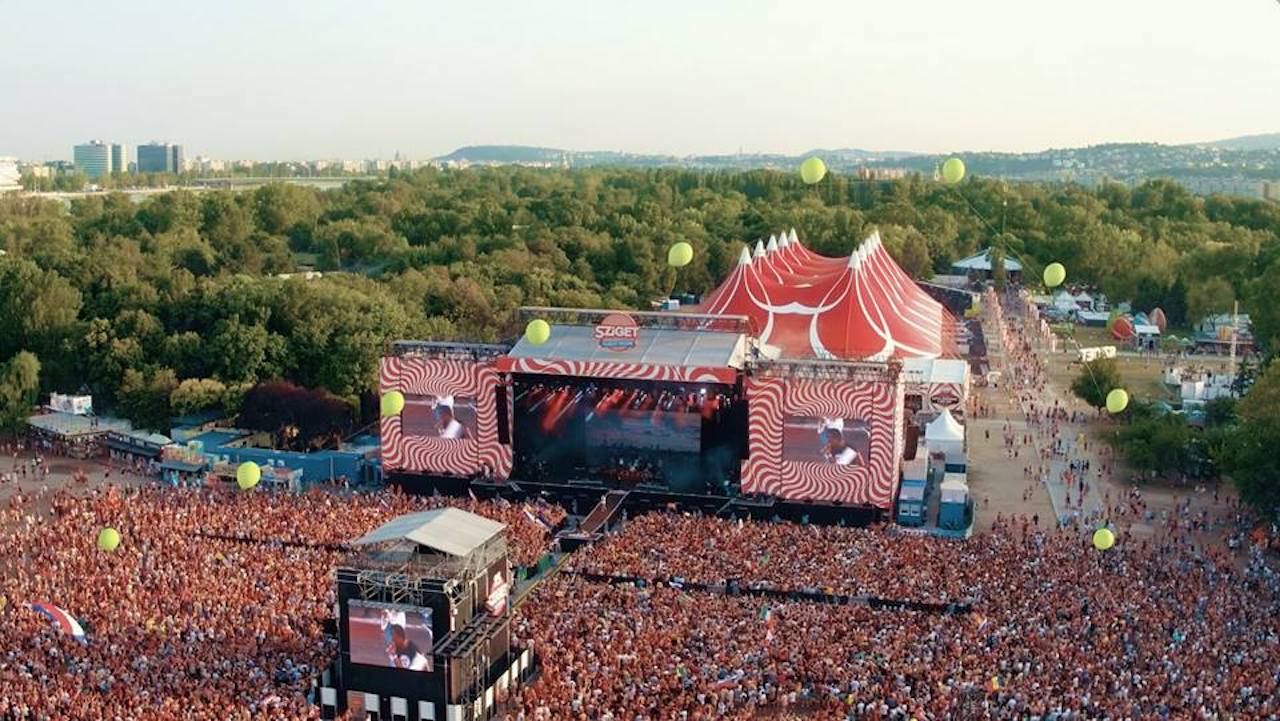 Sziget translated into English means “island,” a perfect descriptor of this mid-August tradition that separates you from the rest of the world both physically and mentally. Sure, Óbudai-sziget, or Old Buda Island, is just north of Budapest in the middle of the Danube River. But once you cross the bridge into the festival you’ll feel a world away, where over 1,000 performances, art exhibits, and performance pieces give it the feel of another dimension. Going for a full week can be intense, so you might be best advised to camp out for two or three days, based around the headliners you want to see. This year’s include Post Malone, Foo Fighters, and Ed Sheeran. 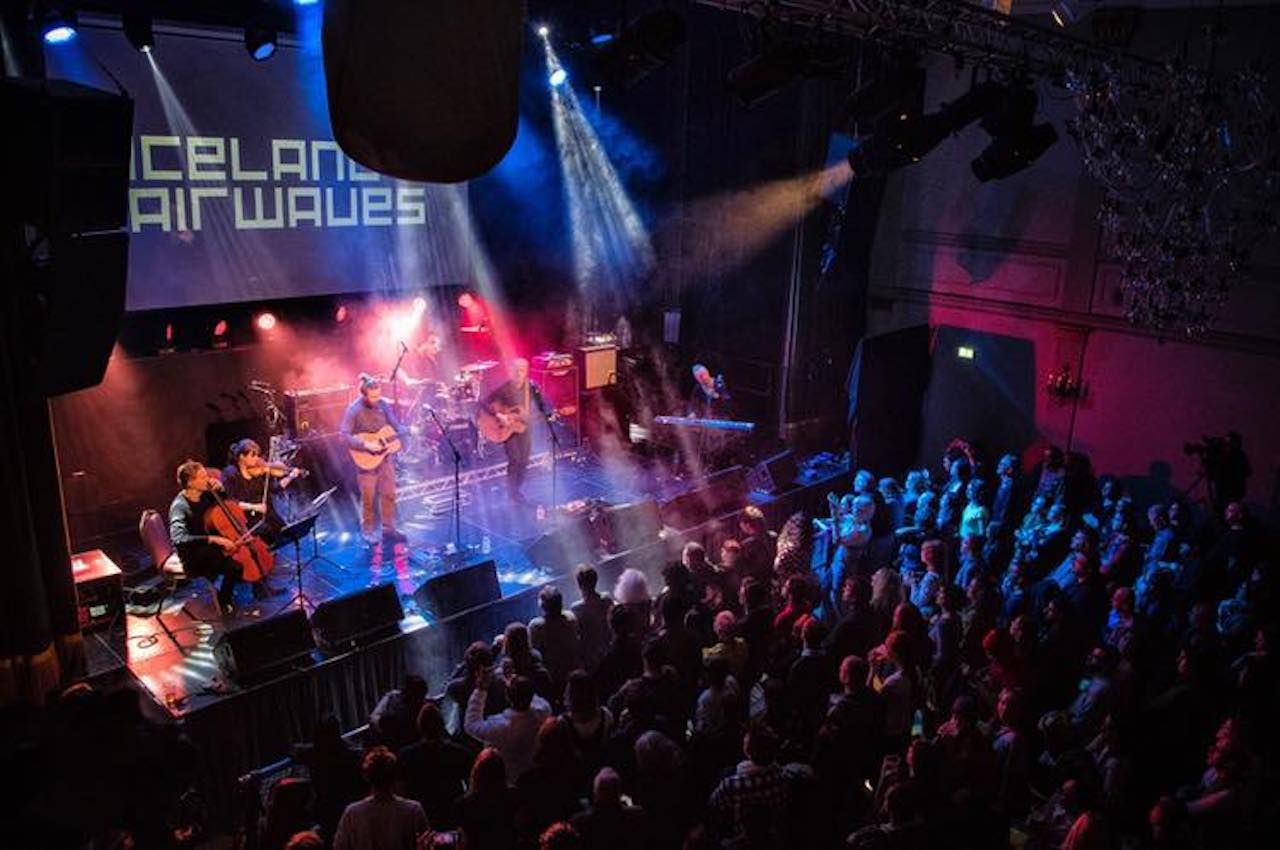 Ok, so Iceland Airwaves doesn’t take place anywhere near the summer, but did you really want to go to Iceland when it was filled with busloads of midnight-sun-chasing tourists anyway? Of course not! Better to go when the city is overrun with people looking for hot new music that wasn’t on the summer’s festival circuit. Iceland Airwaves has become a little like the music equivalent of the Sundance Film Festival, where heretofore-unknown acts go to be discovered and distributed. Bands like Monsters of Men, Kaleo, and Florence and the Machine played here long before they were household names. Even if you don’t see the next big thing, you’ll still see plenty of Icelandic bands that may open your mind to a whole new genre.

Events16 Awesome Canadian Festivals You Should Check Out This Summer
Tagged
Events Music + Nightlife Trip Planning
What did you think of this story?
Meh
Good
Awesome

The 11 Sexiest Live Shows Las Vegas Has To Offer
Every Roller Coaster at Cedar Point, Ranked
5 Must-Visit Music Venues Off Nashville’s Main Drag
You Can Now Take European Walking Tours at the Scenes of Your Favorite Netflix Shows
The 8 Best Movies and Shows To Watch Before Going To Paris