July 20, 2019, is the 50th anniversary of when Neil Armstrong set foot on the moon. His path to get there included a good deal of time training in Flagstaff, Arizona. Eleven others, including Alan Shephard and Buzz Aldrin, also trained in Flagstaff as part of the Apollo Moon Missions, creating a lunar legacy which is massively understated. No city — not Houston, not Cape Canaveral — has Flagstaff’s astronaut science training, instrument development, or lunar mapping capabilities. You can see the places where these astronauts trained in and around the city by following the Lunar Landmarks Trail, just two and a half hours north of Phoenix.

Despite being on solid ground, it’s a vertigo-inducing experience as every astronaut to walk on the moon trained here, and the simulations of moon landscapes are still around, as engaging and trippy as they were back in the 1960s. There are four sites in town for you to explore, two less than an hour away and one more that’s 90 minutes away. Here’s the route.

Start at the Flagstaff visitor center. 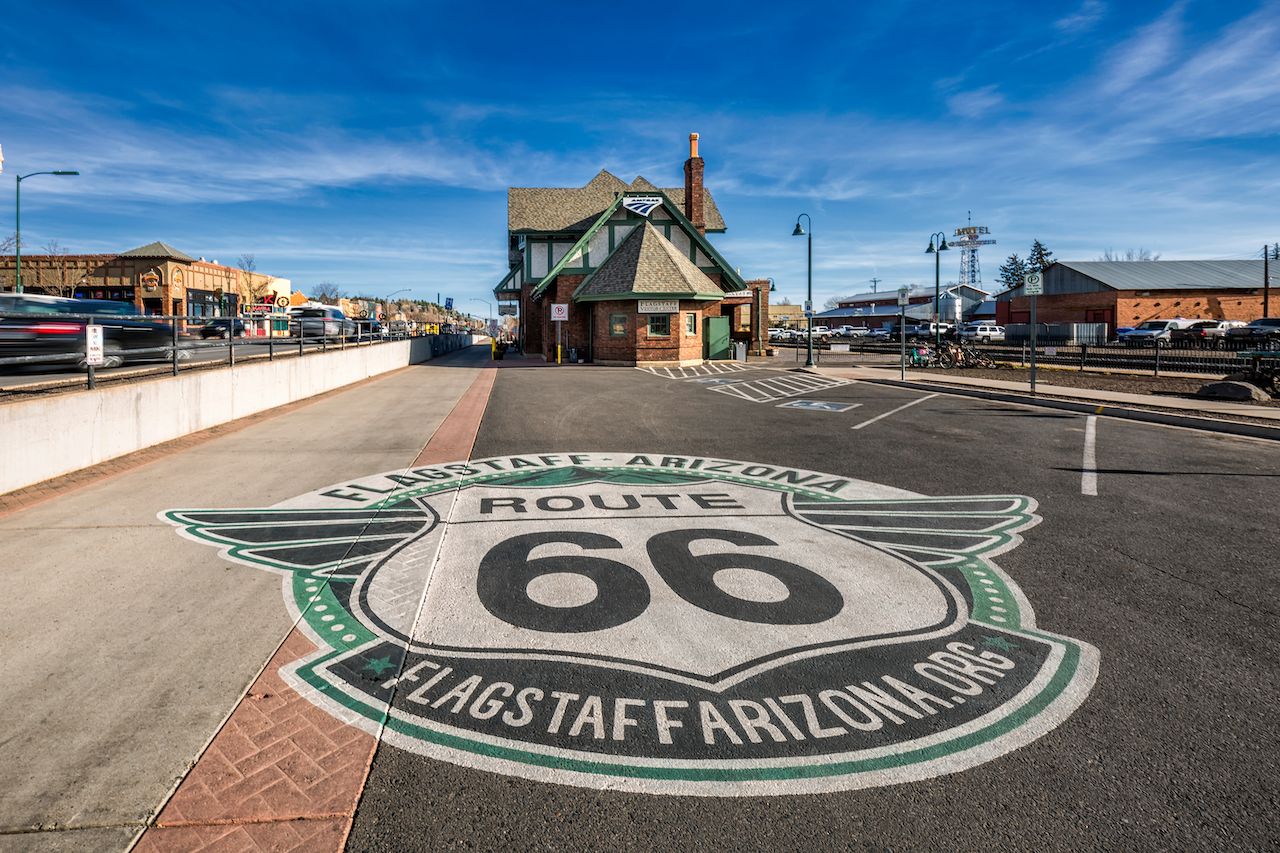 To immerse yourself in Flagstaff’s lunar legacy, start at the visitor’s center. It’s on Route 66, so you can check off two of the city’s primary attractions in one stop. Here is where you’ll get your bearings for the tour, primarily by taking a selfie in the life-size astronaut suit and by picking up a moon squishy stress ball or another space-themed souvenir.

Nearly everything surrounding the visitor’s center seems to be moon-themed, from the homemade moon pies at Tourist Home Cafe to the earthshine cocktail made with a blue ice ball at Annex Cocktail Lounge. Dark Sky Brewing, on Beaver Street just a couple blocks from the visitor’s center, gives 10 percent of the proceeds from its brew of the month to the educational programs at Lowell Observatory. There are also a number of shops with appropriate paraphernalia, including the lunar-focused works by local artists at Arizona Handmade and the blown glass moon balls at Fire on the Mountain Gallery.

For further education on all things lunar, check the schedules at both the Flagstaff City-Coconino Public Library and East Flagstaff Community Library, as they often have speakers and exhibits showcasing the city’s place in putting man on the moon. Sit in on one of the monthly lunar lectures at Coconino Community College Lone Tree Campus, which has monthly lunar lectures open to the public, and north of downtown, the Museum of Northern Arizona has exhibits documenting how the area’s unique geology mimics the moon. 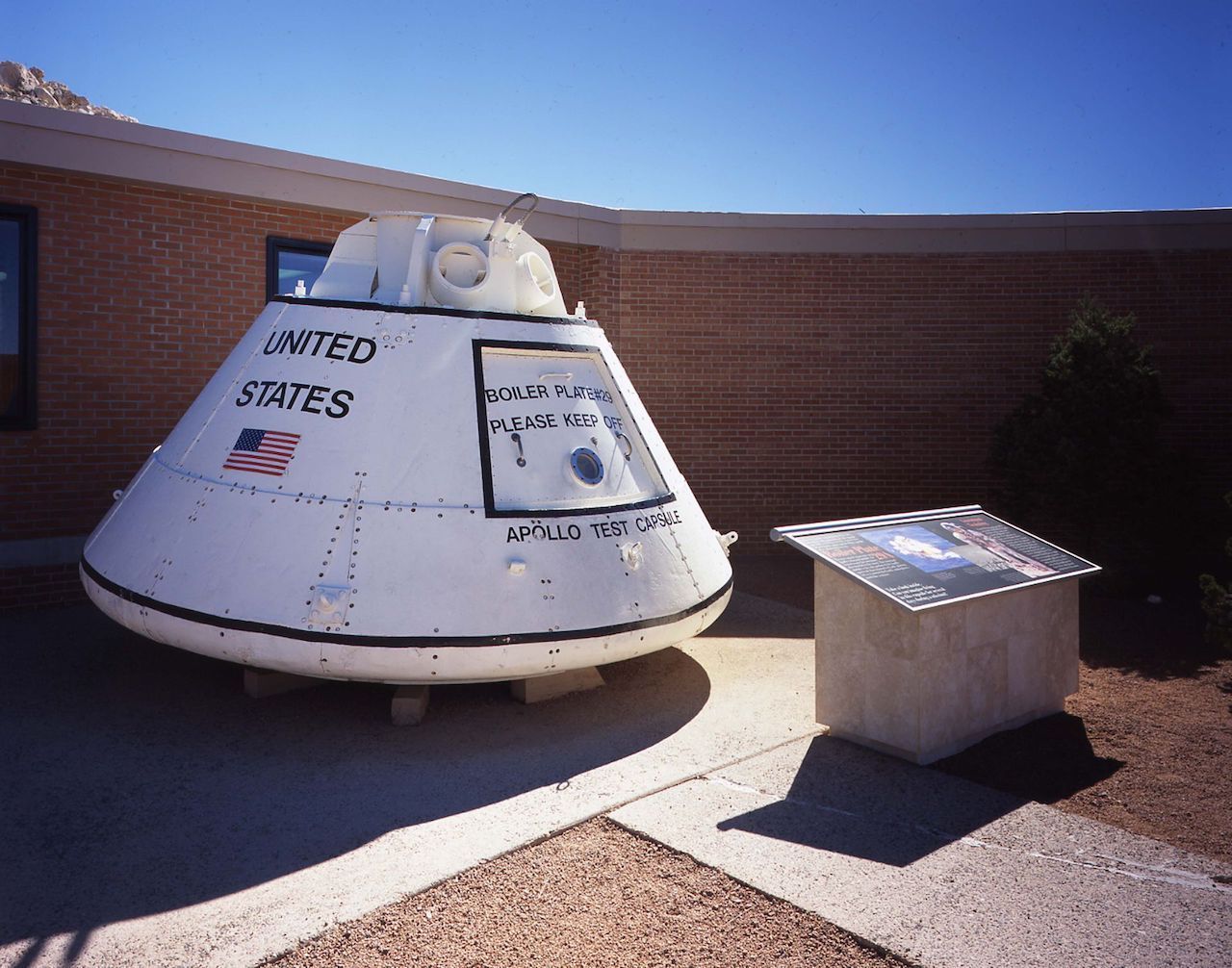 This is a quick stop for a self-guided tour in the lobby of the Shoemaker Building on the USGS campus. Here, you’ll see Neil Armstrong’s handprint and one of the Lunar Rover Vehicle simulators. It is free to visit USGS during regular business hours. The clunky Grover, or geological rover, in the lobby was built in 90 days for $1,900 in Flagstaff. It was used for field training at Cinder Lake by astronauts of the Apollo 15, 16, and 17 missions.

The building, part of where the lunar mission training took place, is named after Gene Shoemaker, who created and led the division. He was to be the first astronaut-geologist, but a health issue prevented him for going into space, at least while alive — he is currently the only man buried on the moon. After training many of the Apollo astronauts in Flagstaff, Shoemaker gave commentary on the actual moonwalks with CBS newsman Walter Cronkite. NASA put his ashes in the Lunar Prospector probe that was deliberately crashed into a crater on the Moon’s South Pole in 1999.

Stop three, if you have a four-wheel-drive vehicle: Cinder Lake Crater Field 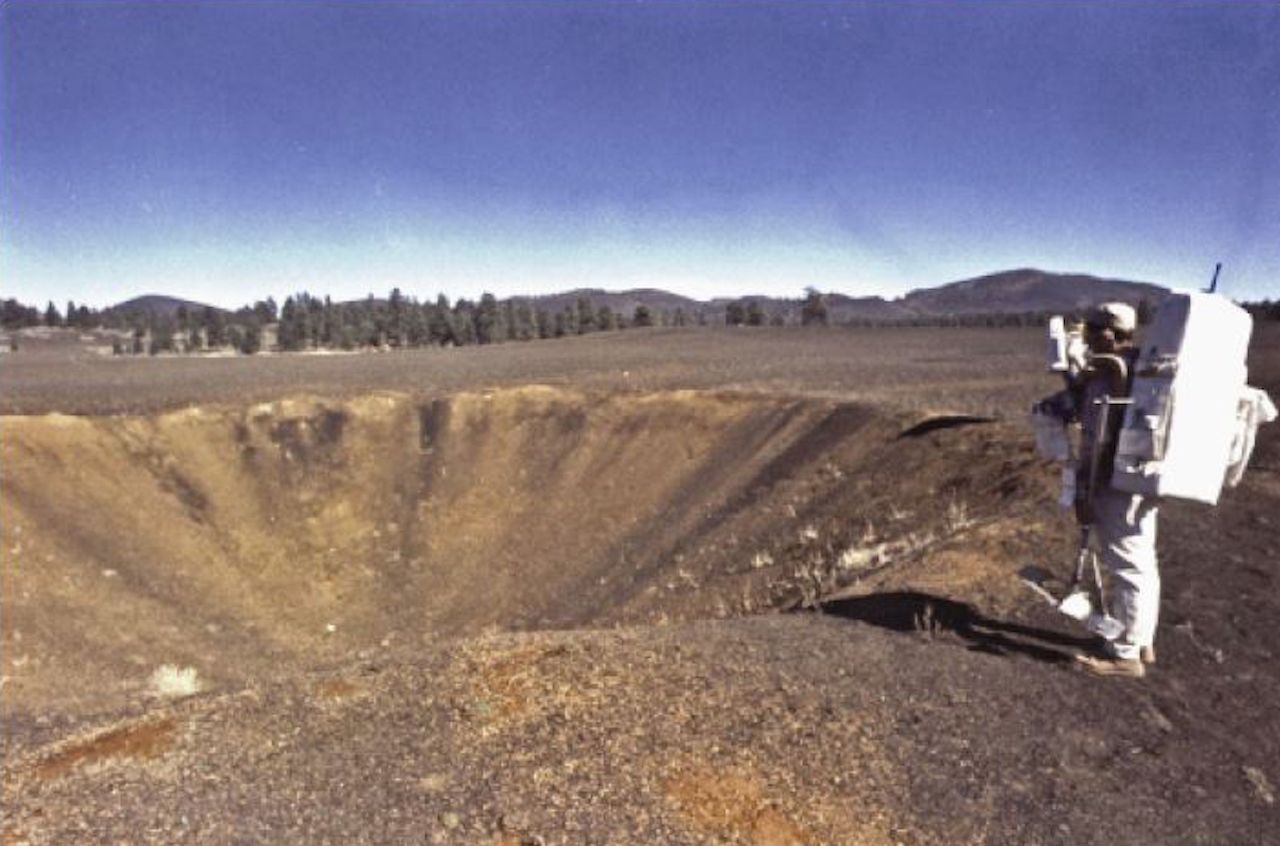 If you’ve ever wanted to walk like an astronaut, Cinder Lake Crater Field is the place. The high-altitude, low-humidity climate and somewhat barren landscape of Flagstaff and its surrounding areas proved to be the ideal place for geology training, moon mapping, mission simulations, and lunar rover testing. This is no naturally occurring phenomenon, though. To create a model of Mare Tranquillitatis, or the Sea of Tranquility, on the moon where Apollo 11 would land, USGS Astrogeology worked with NASA to blast hundreds of craters for field training here and were able to successfully test the Lunar Rover Vehicle prototypes. The Apollo astronauts tested instruments as they perfected their skills to collect the rock samples they would bring back from the moon. To visit, you’re required to have both a weekday reservation and a high-clearance four-wheel-drive vehicle.

Where: Take Interstate 40 to exit 201 and US 89 N. Turn right and head to Forest Service Road 776, about eight miles up. Once on the road for about a mile and a half, you’ll see the Cinder Hills Off-Highway Vehicle Area. The crater field is located here. 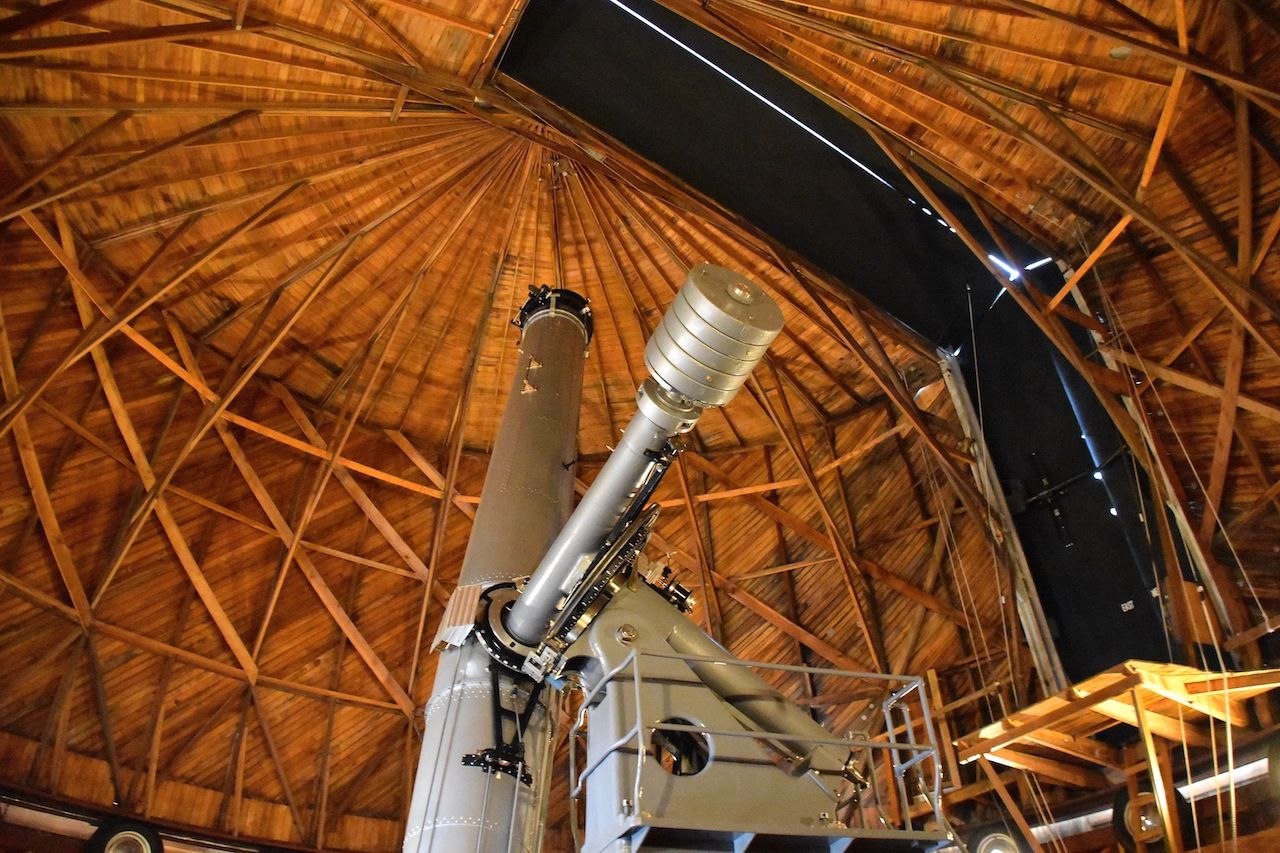 In 2001, Flagstaff was named the world’s first International Dark Sky City, hence the name of the brewery, as those responsible for declaring such things decided that this is one of the best places on Earth to gaze at the night sky. Lowell Observatory, located in town, sits at 7,200 feet in elevation and is open for daytime tours and evening viewings. When in Lowell, do as the astronauts do. Here, you can look through Lowell’s telescopes to study the moon and other cosmic views just like the Apollo astronauts. The United States Air Force branch of the Aeronautical Chart and Information Center established this office to map the moon from Lowell in 1961, and the 24-inch Clark telescope that NASA used to create the lunar maps for the Apollo missions was first put into use in 1896. You’re also standing in the spot where astronomer Clyde Tombaugh discovered Pluto in 1930, adding another notch to your space phenomena belt. 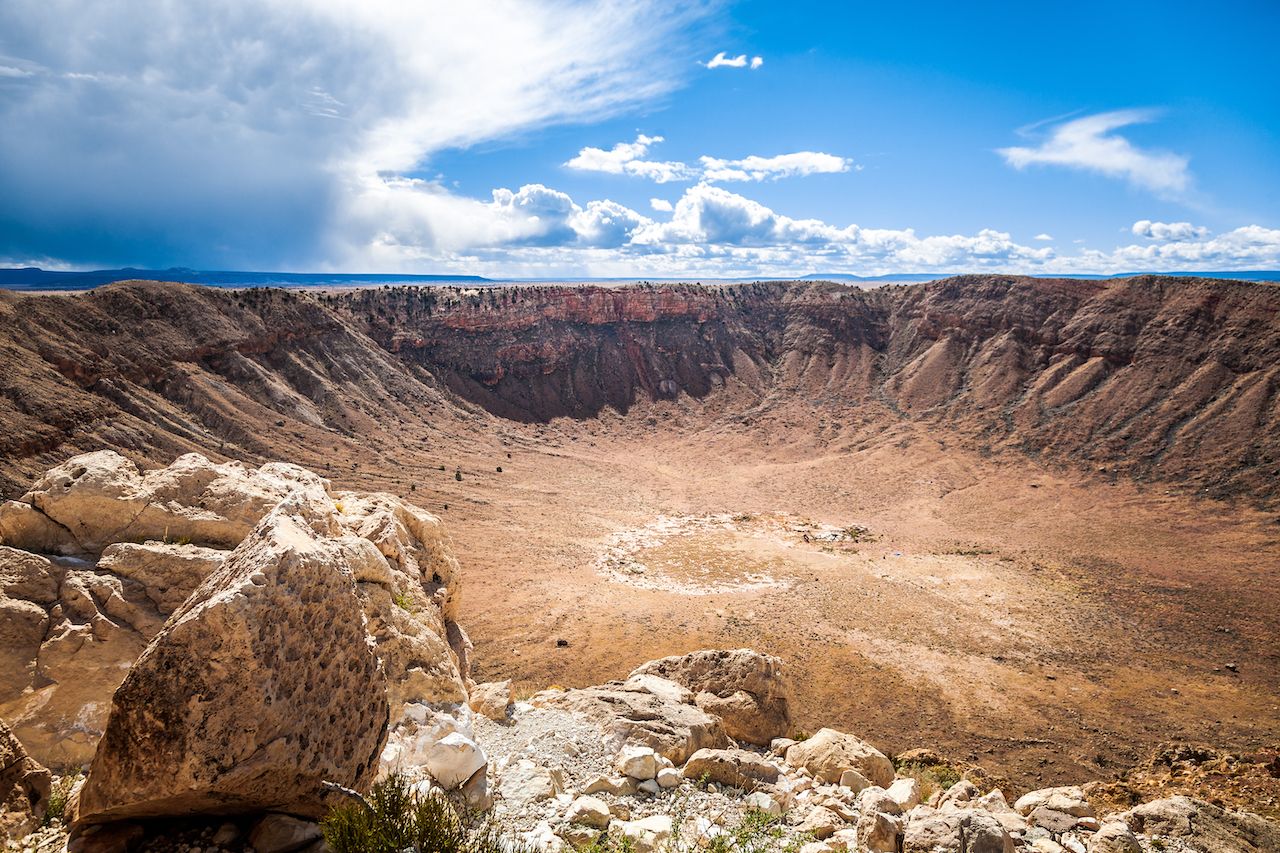 One of the world’s best-preserved meteorite impact craters is 42 miles east of Flagstaff. The mile-wide and 550-foot deep geologic feature helped astronauts train to land on the moon at this site, created when a meteorite rocked the Southwest about 50,000 years ago. It’s estimated that the collision of the meteor into the high desert had the energy of more than 20 million tons of TNT. Guided rim tours are included with your $18 admission, and there’s also an Apollo test capsule to check out while on site. 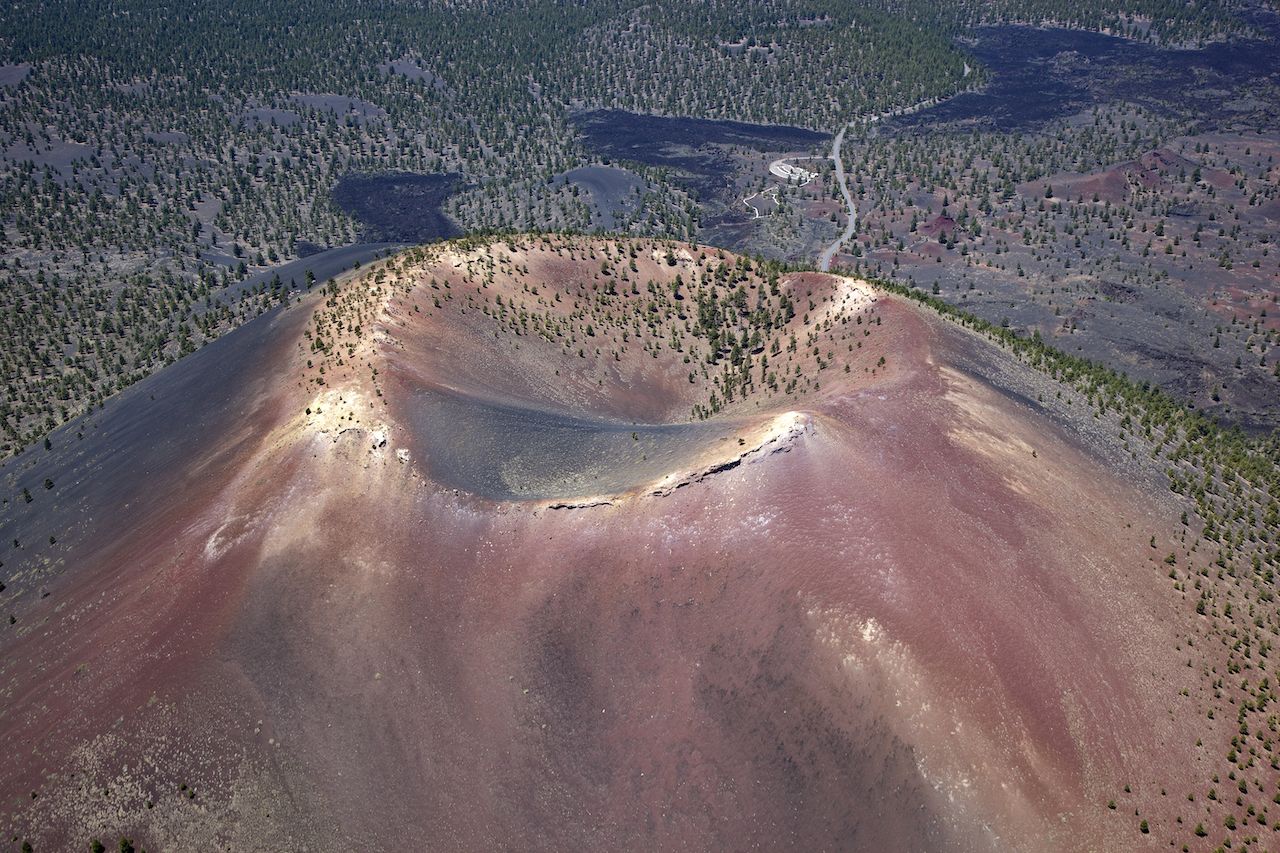 The 900-year-old volcanic landscape of Sunset Crater helped astronauts identify topographical features on the moon’s volcanic surface. Sunset Crater Volcano National Monument is 19 miles north of Flagstaff. The eruption between the years 1040 and 1100 AD is the most recent volcanic activity in the Flagstaff area. The cinder cone you see formed during the early stages of the eruption. Hike the one-mile lava flow trail and take some time to explore the ancient dwellings of Puebloan people at the Wupatki National Monument on the 35-mile loop road off of Highway 89. Admission is $25 per vehicle. 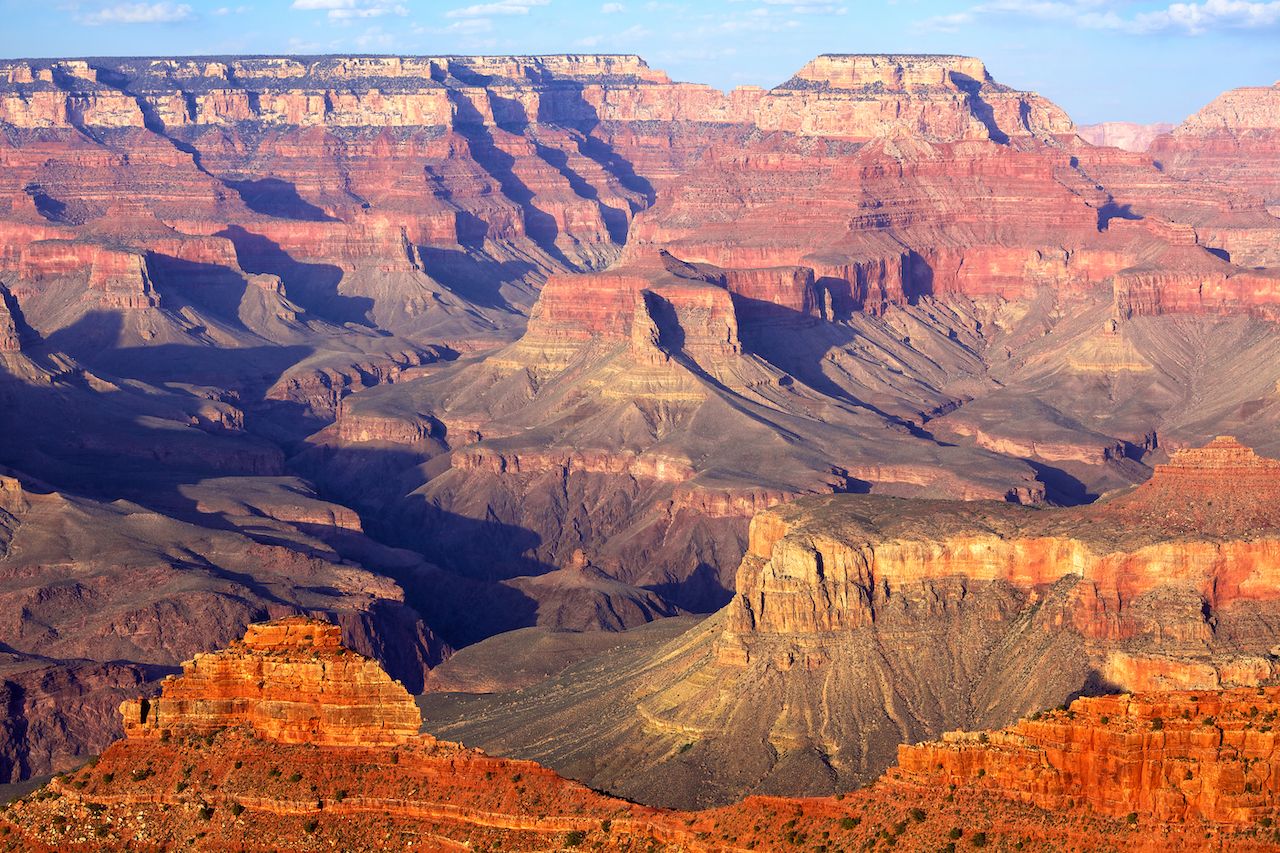 In 1964, USGS geologists took 28 astronaut recruits into the canyon to study its geological strata. Grand Canyon National Park helped astronauts study geological features in space, and while there isn’t necessarily a specific site here, a guided day hike or bike ride along the South Rim — 90 minutes from Flagstaff — is a great way to learn about the area’s geology and anthropology and why it was so conducive to the training for lunar missions. Free shuttles are offered for sightseeing, so you can explore the South Rim. If you opt for the bike route, the Hermit Road Tour takes 3.5 hours, and the Yaki Point Bicycle Tour takes 2.5 hours, both guided and a great chance to ask questions.

How Not To Get Laughed Out of a Southwestern Tourist Town

I Hunt the Moon

We Will Contain What Must Go On