As lockdowns persist and some travelers find themselves with nowhere to travel, they’ve opted to flip that on its head and travel to nowhere.

That’s right. In the middle of a pandemic, people are getting on planes filled to near- or full-capacity, fastening their seat belts, and taking off. They’re lunching on meals and drinks that are, in most cases, regular airline fare, and landing — anywhere from 90 minutes to a half-day later — in the same airport where they took off.

Eager fliers are snapping up seats. A seven-hour Qantas flight that will take passengers over the Australian continent at altitudes as low as 4,000 feet sold out in ten minutes, with buyers purchasing tickets starting at $566 and reaching $2,734 for business class. Equally popular is Qantas’s flight over Antarctica that takes over 12 hours.

We get the desire to travel. We know that travel expands children’s minds, builds resilience, teaches us about other ways of life, and all that other good stuff. We get to see beautiful places, eat new foods, maybe learn another language.

But, on its own, getting on an airplane is not traveling. Airplanes just take you where you intend to visit. Beyond that, airplane flights are problematic. In 2018, civil aviation around the world dumped 918 million tons of carbon dioxide into the air. Flying is so problematic that climate activist Greta Thunberg won’t do it, and when she was invited to address the United Nations she traveled to New York from her native Sweden by sailboat.

We at Matador Network have come out in defense of air travel, because there are times when it is merited and even beneficial to certain environmental goals. This is especially true when tourism presents itself as an alternative to destructive industries like mining or cattle ranching. We have even suggested places to visit in order to encourage conservation and show governments that preservation of natural areas is economically viable.

“Flights over Antarctica are specifically perverse, in that viewing Antarctica is both awe inspiring and aiding its destruction.”

In fact, the pandemic has shown us the negative effects of reduced tourism in the wild spaces that depend on it. African wildlife conservancies, which dedicate much of their budgets to protecting endangered species against poachers, have seen revenues plummet as international would-be-safari tourists stay home.

But flying comes at a cost.

“Unfortunately flying is the most warming single thing you can do,” Mark Carter of Flight Free Oz told Matador via email. Flight Free Oz is the Australian arm of a global movement to discourage climate-heating air travel.

There’s no justification to fly in a big commercial airplane just for the sake of flying. You might argue that flying over something beautiful is reason enough, since Qantas takes passengers over the Great Barrier Reef and over Antarctica — and hey, at least passengers aren’t getting on a cruise ship to the frozen continent. In recent years, environmentalists have worried that there are too many cruises to Antarctica and they are damaging the world’s last pristine area.

Sorry, but no. Sitting on an airplane and looking out the window simply does not justify the carbon emissions. You’re better off watching a nature documentary, where you’ll see a lot more detail and learn something, or getting on Google Earth. 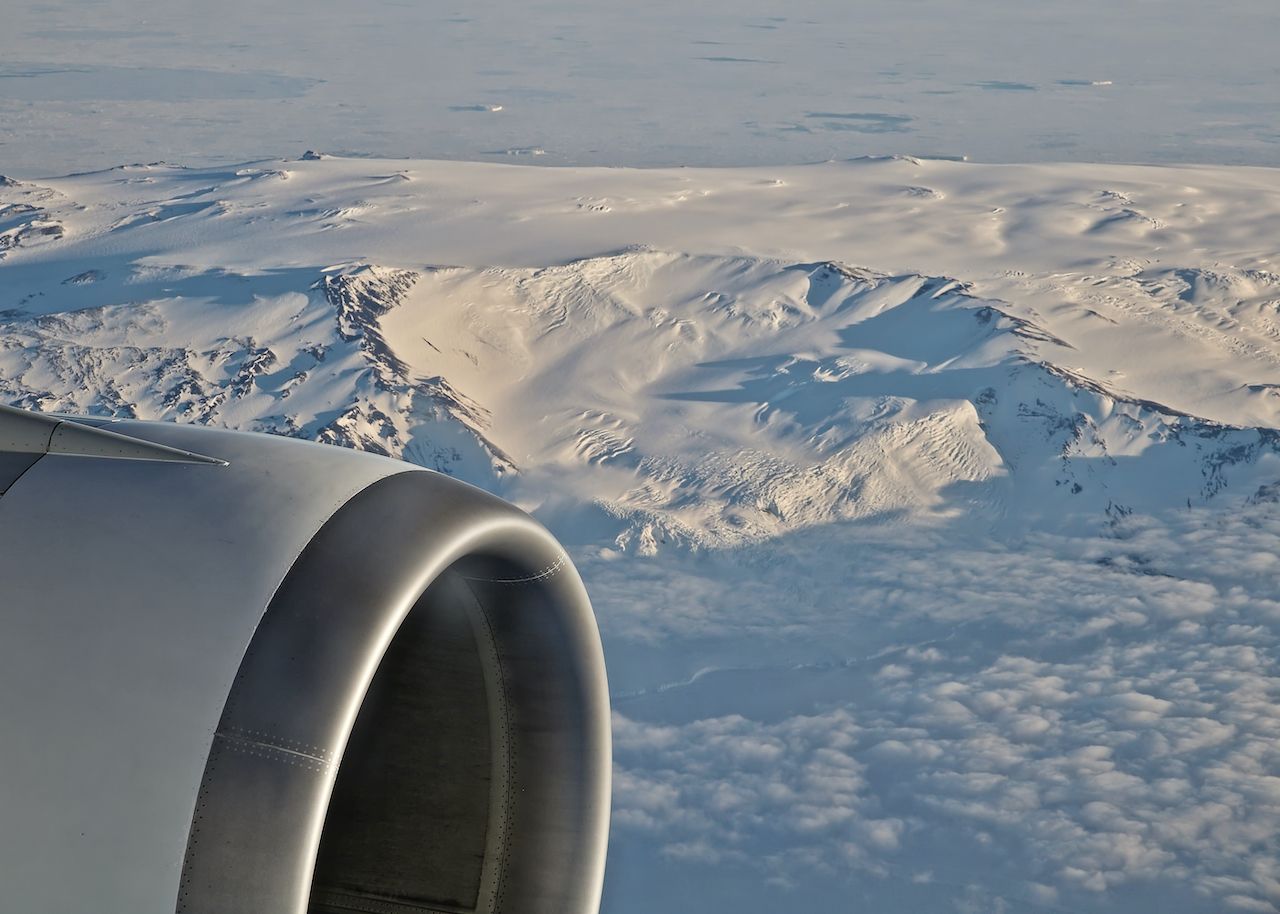 “Flights over Antarctica are specifically perverse, in that viewing Antarctica is both awe inspiring and aiding its destruction,” notes Carter. “Warming has already triggered melting of the West Antarctic Ice Sheet that might already be unstoppable and ultimately raise sea levels over three meters. And the East Antarctic ice sheet’s Wilkes Basin might be similarly unstable.”

By flying over Antarctica you will help speed up its destruction, as the ice continues to melt at worst-case-scenario speed. Ditto for the Great Barrier Reef, where — as with many of the world’s reefs — warming seas have already led to extensive coral bleaching.

The argument for these flights to nowhere is that airlines are on the brink of economic collapse and that running a few flights gives them revenue and provides work for the flight attendants. But that is a specious claim.

Around the world, governments have pledged money to support small businesses struggling from the effects of the coronavirus lockdown. And the government of Australia has already paid Qantas and Virgin Atlantic to continue flying during the pandemic to ensure flight connections to the country’s urban centers. If governments are pumping money into pandemic-plagued economies and are already paying to keep their major airlines operating, they can dedicate funds to making sure those airlines stay financially afloat.

Perhaps we can’t expect Australia’s conservative government, whose prime minister is committed to fossil fuels, to prioritize planes staying on the ground over flying to nowhere. But let’s at least demand that of its residents, and of anyone in any country who is contemplating a flight that goes no place at all. This planet that you want to admire from the sky is in a dire situation. Do it a favor and wait until there’s somewhere to go before you head up into the clouds.

Highlights of a week in Quebec
Tagged
Airports + Flying Sustainability
What did you think of this story?
Meh
Good
Awesome