Floating hotels are popping up everywhere, from Sweden’s Arctic Bath Hotel and Spa to the upcoming Sea Palace Floating Resort in Dubai. This particular floating hotel, however, does more than sit on a body of water — it’s also blazing new trails when it comes to sustainability. 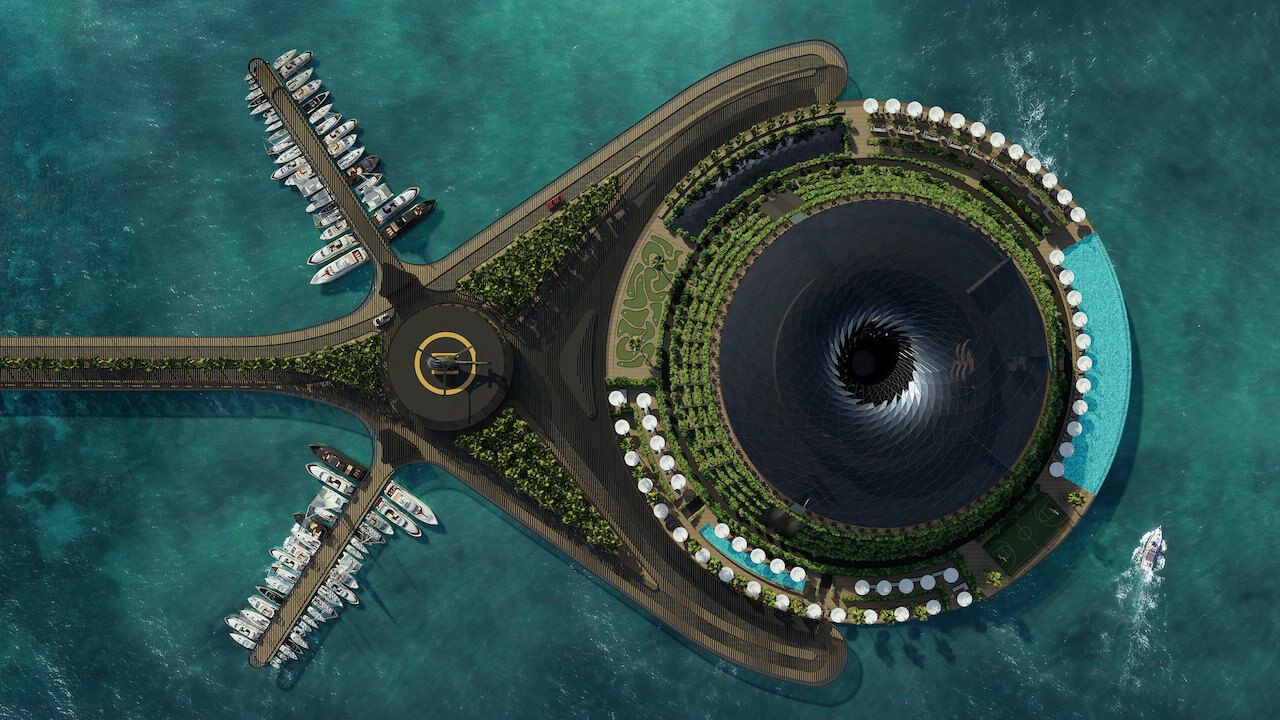 The luxury concept, from Turkish design team Hayri Atak Architectural Design Studio (HAADS), adopts a “minimum energy loss and zero waste” strategy, reported CNN. The structure will utilize the water current with wind turbines and tidal power to spin on itself and convert energy into electricity. A computer-controlled system will be used to manage the hotel’s movement. Guests, however, won’t be able to feel their vacation spot spin, as it takes 24 hours for the hotel to rotate 360 degrees. 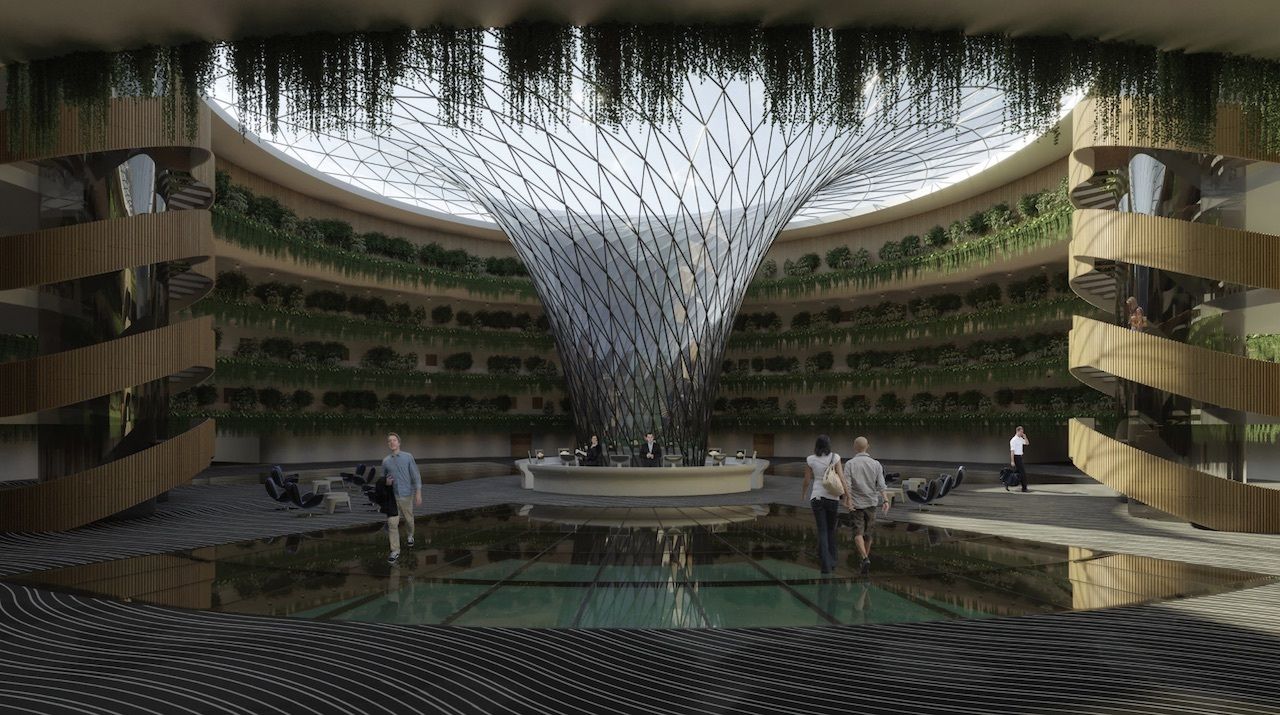 Not only will it generate its own power, but the Eco-Floating Hotel will feature a vortex-shaped roof designed to collect rainwater and reuse it for irrigation and other purposes.

The Eco-Floating Hotel will be located in Qatar, though such a concept could be located anywhere with the right current. 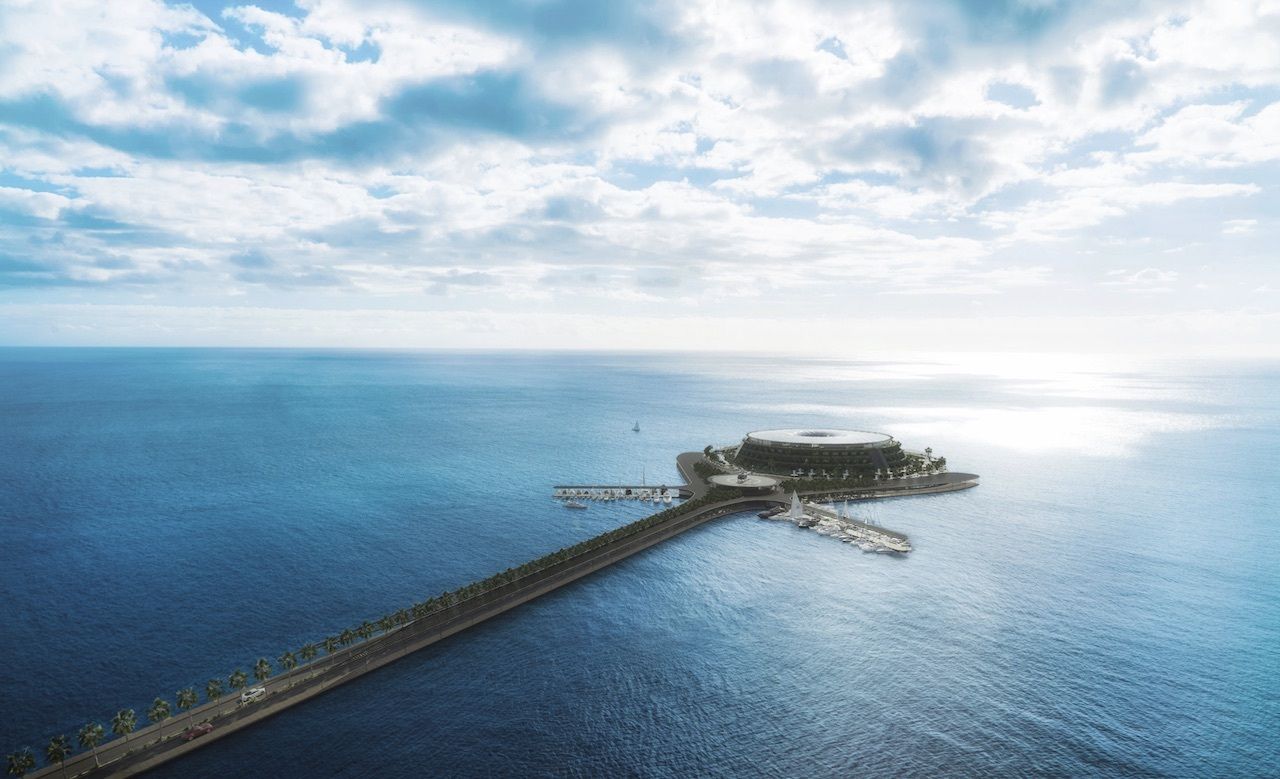 Accessible thanks to a pier connected to the mainland, helicopter, or boat, the hotel will have luxurious amenities typically found at five-star hotels, such as indoor and outdoor pools, a spa, gym, and even a mini-golf course.

The project is still in the design phase but is estimated to be completed in 2025.

Where to Stay7 desert hotels where you can truly get away from it all
Tagged
News Art + Architecture Sustainability Qatar
What did you think of this story?
Meh
Good
Awesome

It’s so hot in Qatar, the country is installing outdoor air-conditioners

How to visit Doha, Qatar on a budget

Why are we giving world sporting events to Russia, China, and Qatar anyway?

9 rules for expats in Qatar

Notes on Temperatures in a Warzone

Recession-Proof Travel: 17 Currencies That Are Pegged to the US Dollar

NEOM is on track to be the world’s first “sustainable” city. Here’s what we know

This Miami museum is radically changing how people interact with art