New York City’s waterfront is about to get a pretty exciting makeover. A new public park is scheduled to open on the Hudson River in early 2021, along Manhattan’s West Side. At 2.4 acres, it won’t exactly be rivaling Central Park, but it will give New Yorkers some green space and much-needed respite from the concrete jungle. Designed by Mathews Nielsen Landscape Architects and Heatherwick Studio, the park — called Little Island — will replace the remnants of Hudson River Park’s Pier 54, where Titanic survivors arrived after finally returning to shore.

Little Island will stand on 132 tulip-shaped pillars rising from the river, with the concrete foundations ranging from 15 to 62 feet high, designed to resemble a leaf floating on the water. The park will feature walking paths, rolling hills, open lawns with views of the Manhattan skyline, and a 700-seat amphitheater that will host live performances and educational workshops. 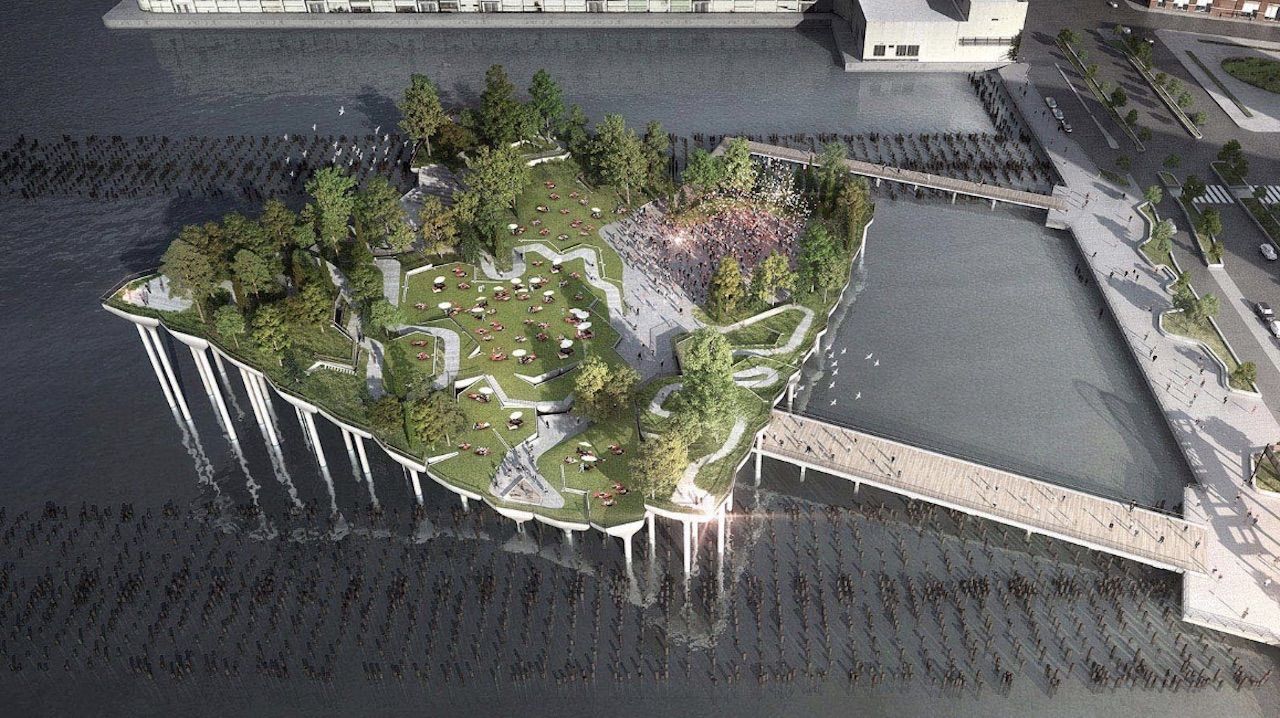 The park will be located just off West 13th Street in the Meatpacking District, with the amphitheater and other facilities remaining open year-round.

The $250 million park is being funded by media mogul Barry Diller, who said in a statement, “It’s a joyous feeling to see Little Island rise up in the Hudson River, and now I can’t wait for New Yorkers and its visitors to cross the bridge, leave the boisterous city behind, and play, lay back, and be stimulated every which way by the Island.”