Jamaica’s food flavor profile comes from a fusion of cuisines that evolved over the last three centuries. Millions of tourists who visit the island every year sample the island’s cuisine, and in each dish they’re served food that tells the story of Jamaica’s history and culture.

To put it mildly, Jamaicans love food. Some of the island’s most popular dishes include jerk chicken, ackee and saltfish, roasted yams, and rice and peas. Most of these dishes come from the slavery period between the 1500s and the 1800s. During this time, Spanish, and then English, colonizers brought slaves from Africa to the island. Escaped slaves, known as the Maroons, formed communities inland and created dishes different from the ones served in the colonial towns. Some of those dishes are now Jamaican staples.

Other culinary favorites like bammy (a pressed flatbread made from cassava) were adopted from the Arawaks who lived on the island before colonization. Dishes like curried goat meat, fried dumplings, and meat stews came from the Spanish, Indians, and Chinese.

You can get many of the popular foods like ackee and saltfish (the island’s national dish) in most hotels, but venturing off the beaten path is the best way to experience other local fare. 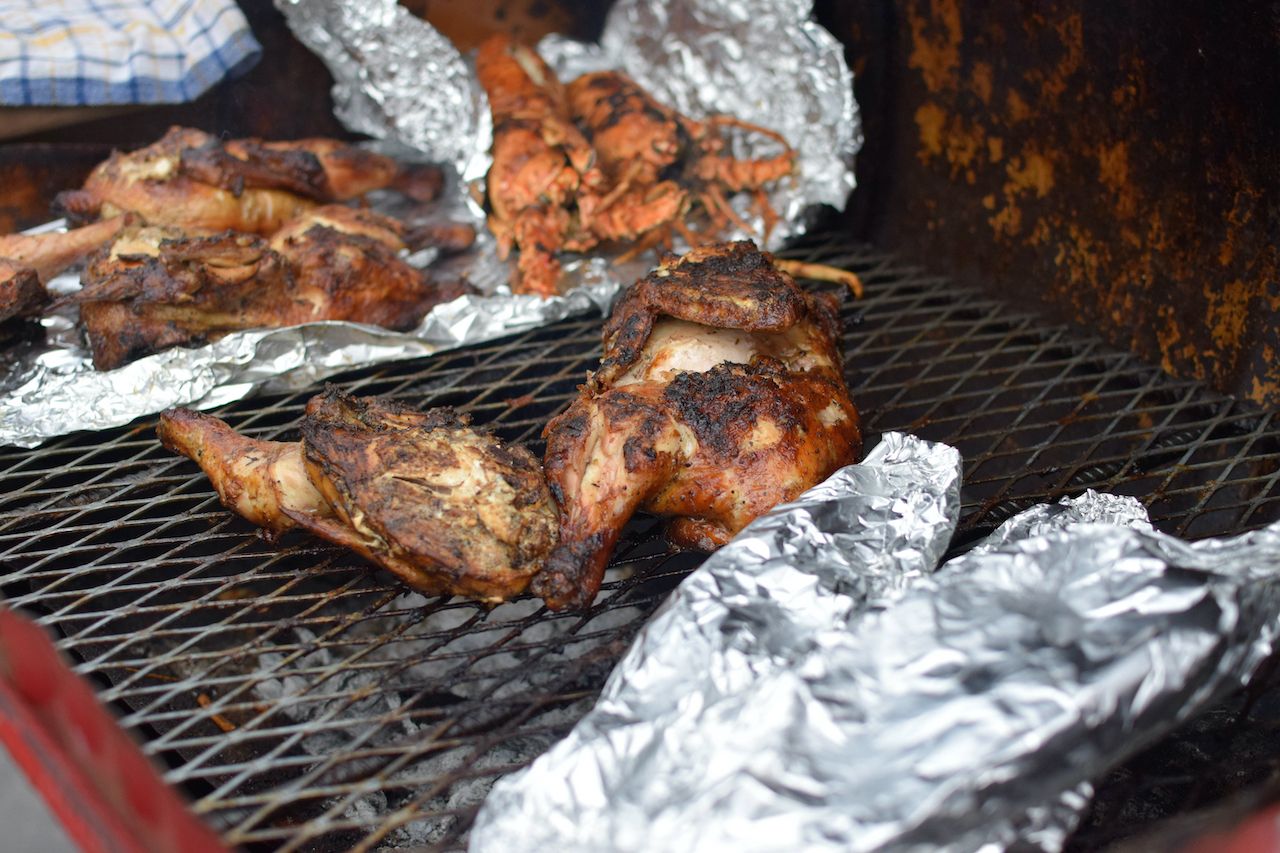 The Maroons invented jerk meat as we know it. They combined cooking techniques from Africa with local ingredients. The term refers to how the meat or main vegetable is prepared: marinated in a complex sauce of chilis and spices and then slow cooked over a low heat, oftentimes an open flame or charcoal grill. Jerk sauce started as a blend of whatever herbs were available, but it evolved over time into a dish that is instantly recognizable. You can get jerk chicken, pork, and fish from many local restaurants. Some notable restaurants include Boston Jerk in Port Antonio on the northeast coast and Scotchies Jerk Bar in Ocho Rios on the north coast. Be sure to order it with festival dumplings (a sweet fried cornmeal snack often served alongside jerk), and if you love spicy food, add some extra Scotch bonnet pepper just like the locals do.

2. Seafood on the South Coast 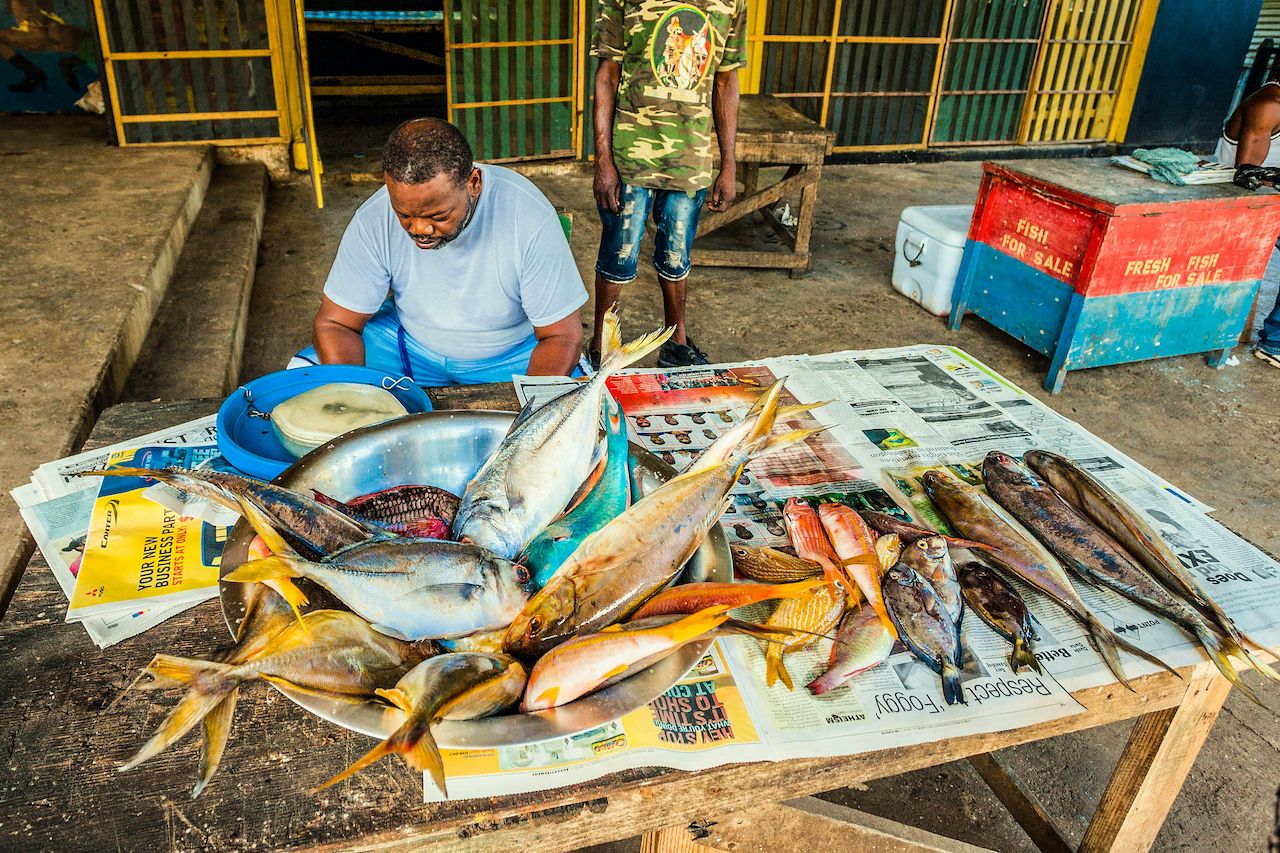 The Caribbean in general, and Jamaica in particular, is a good place for seafood lovers. Typical Jamaican seafood dishes include same-day catches that’re cooked how you want them prepared (fried, steamed, curried, or jerked are common), as well as standbys like curried lobster, peppered shrimp (spicy shrimp that’s a popular street snack), mackerel rundown (pickled mackerel in a coconut milk sauce), and escovitch fish (fried fish with pickled vegetables on top). There’s also, of course, the national dish of ackee and saltfish. Ackee is a savory fruit originally from West Africa, and it’s the perfect partner for salted cod.

The restaurants in Treasure Beach, one of Jamaica’s most beautiful coastal towns, offer a variety of seafood. Jack Sprat at Jake Hotel is a beloved option for freshly caught fish from local fishermen. Alligator Pond’s Little Ochie Seafood Restaurant in St. Elizabeth allows you to choose your fish from the daily catch and tell the chef how you want it prepared. 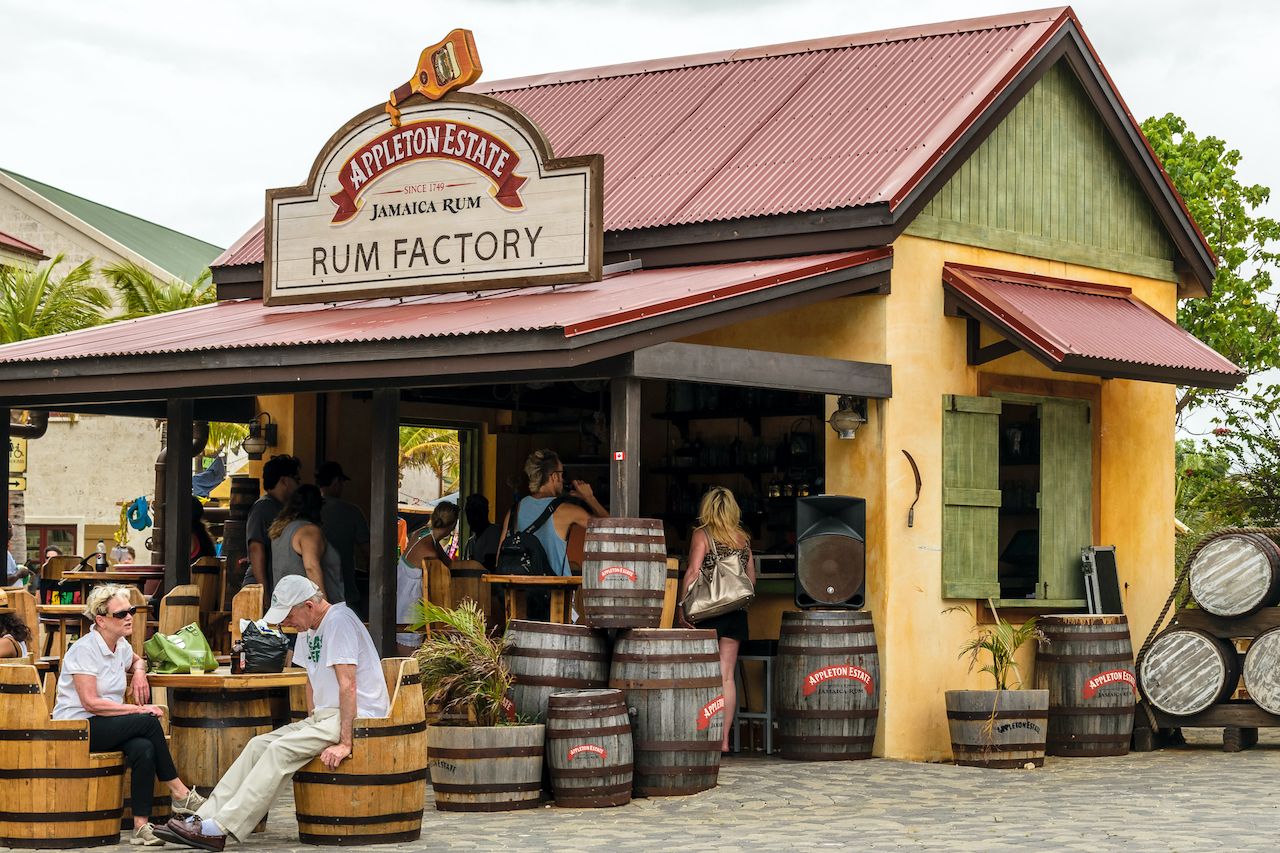 Rum comes from the nearby island of Barbados, but today, Jamaica is one of the most famous rum-producing countries in the world. Jamaican rum is made with molasses that’s fermented with wild yeast and then distilled in pot stills. This gives it a bit of what spirits drinkers call “funk,” which is a taste and aroma of overripe tropical fruit. It’s also known on the island as “hogo,” which likely comes from the French haut-gaut, or “high taste.”

While Jamaica was once a rum-producing behemoth with nearly 150 distilleries around 1900, now there are just four in operation: Appleton Estate, Hampden Estate, Worthy Park Estate, and National Rums of Jamaica. Of those, Appleton is the most famous, and it offers tours onsite at the distillery in the middle of the island. It includes a tasting, as well, so plan to spend an entire day. 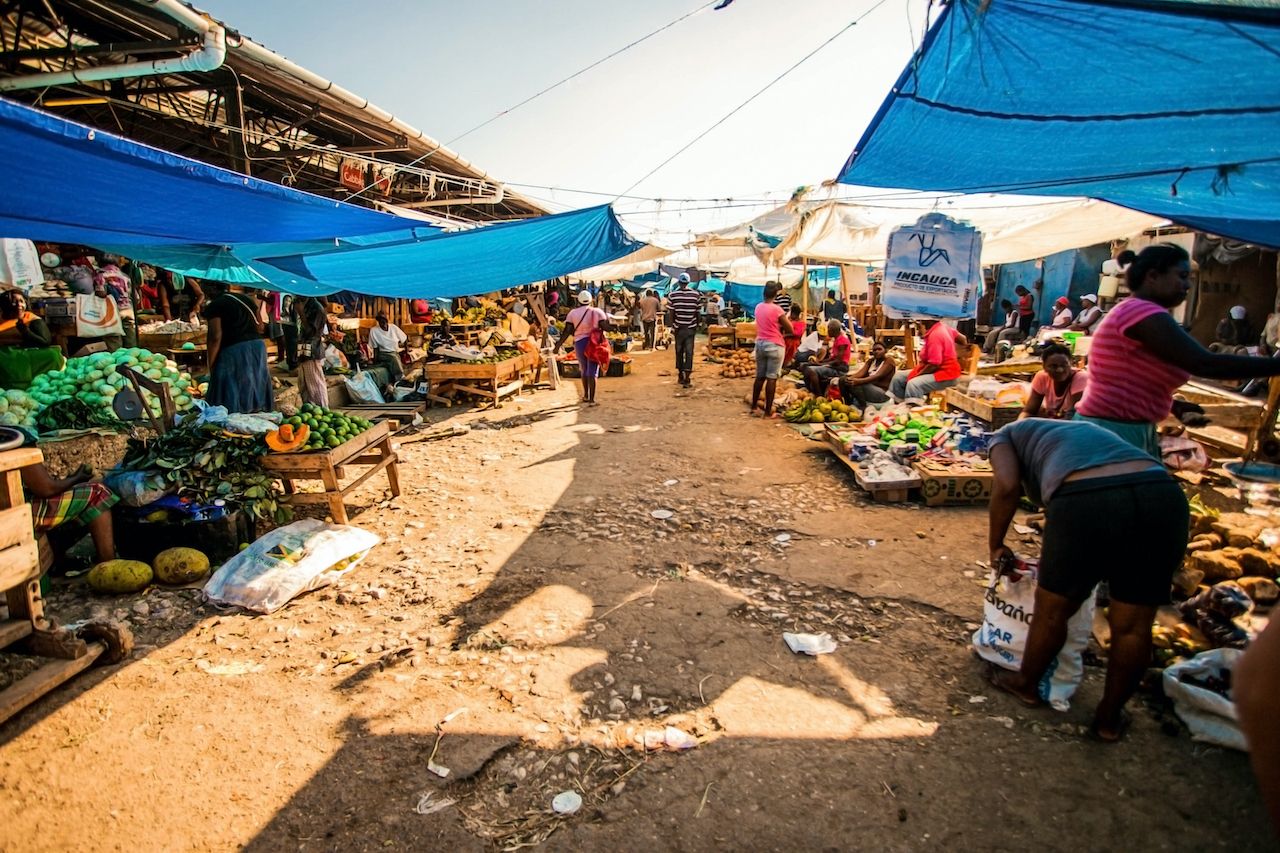 Jamaica has a wide variety of tropical fruits that are packed with flavor. There are Otaheite apples (a sweet and tangy white-flesh fruit with a large center pit unlike a true apple), star apples (a tropical fruit that looks somewhat like a cross between a kumquat and an apple and takes like lychee), and jackfruits.

There are markets in all 14 parishes, and they’re open every day except Sundays. 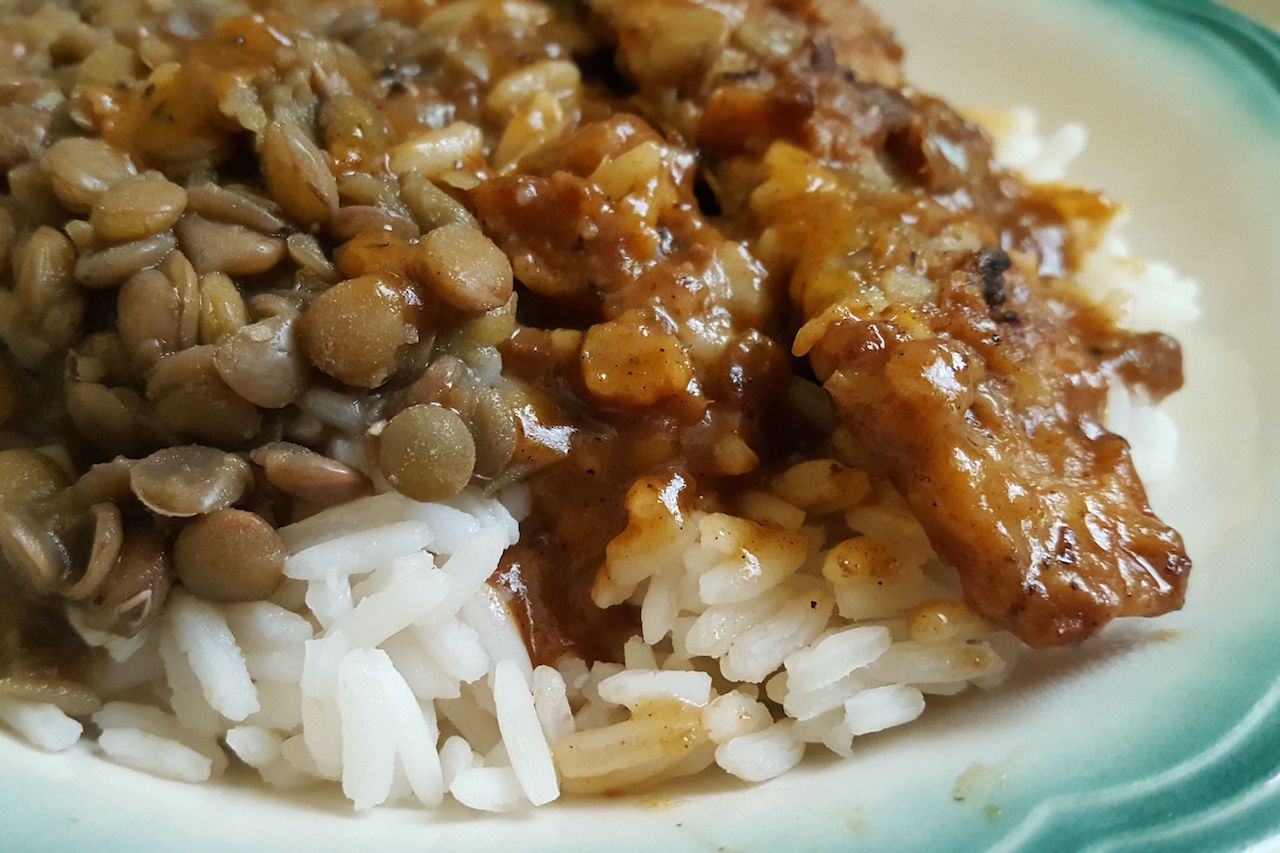 Rastafarianism is a Jamaican religion that emerged in the 1930s. Its followers believe natural food is the best medicine and invented what’s called ital food, the goal of which is to promote health and longevity. The foundation of the ital diet is fruits, vegetables, grains, and beans that are prepared without salt or chemicals, and cannabis is sometimes also added, which is considered a herb. Some modern Rastafarians consume fish, but the traditional Rastafarian diet is completely devoid of meat.

If you’re serious about expanding your palate, take a stop at Reggae Pot in Ocho Rios for an ital preparation of vegetables, grains, and beans that are often cooked in coconut oil sourced on the island. Rasta Ade is another option because of the variety of vegan food and its beautiful beachfront location in Negril. 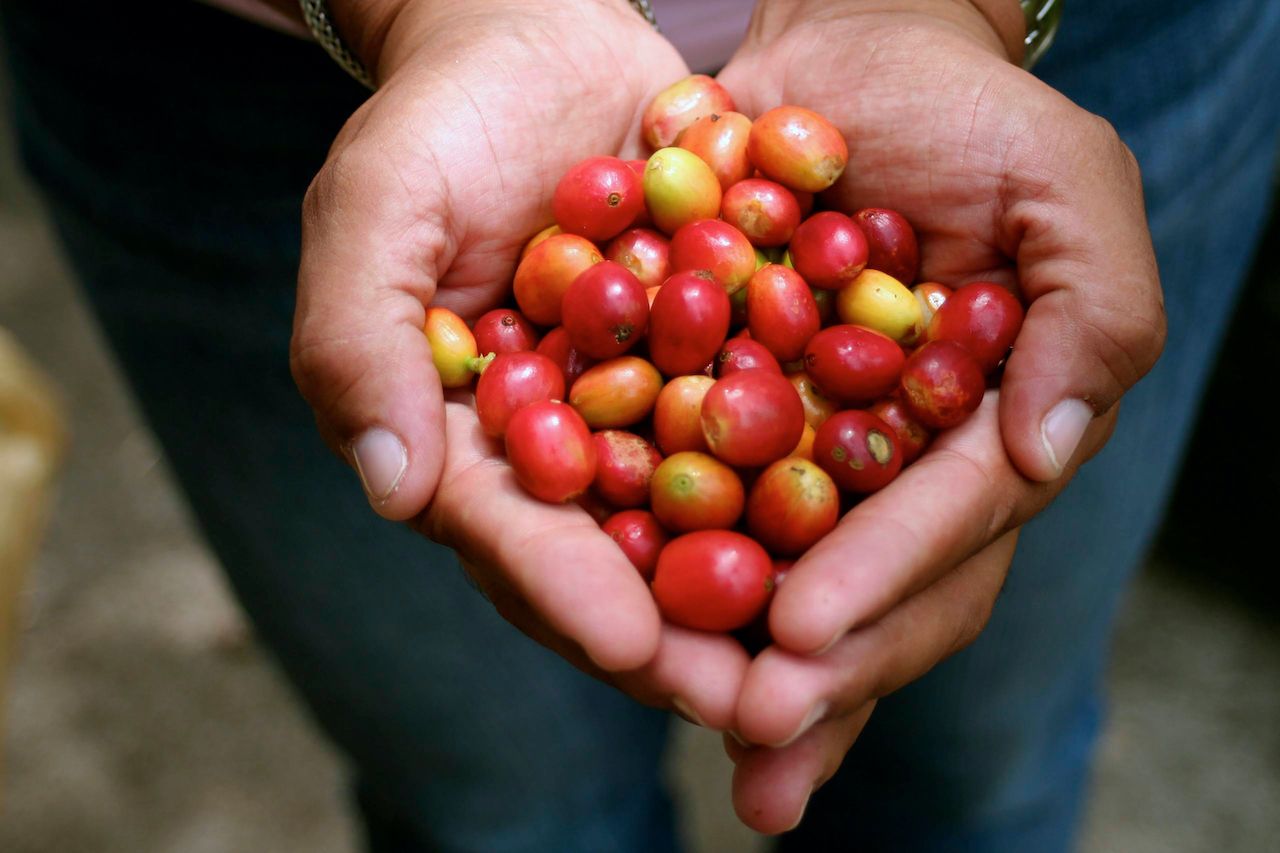 Coffee is Jamaica’s second-largest agricultural export after sugar. The island’s coffee is just as renowned as it’s rum and is grown in the Blue Mountains, which are between Kingston and Port Antonio and have an elevation of around 7,500 feet — making this mountain range one of the highest regions in the Caribbean. Blue Mountain coffee is some of the most expensive in the world because of its beloved flavor and scarcity. Grown on the mountainside, the beans are often hand-harvested and sun-dried.

Tours of some of the coffee farms are run by companies like Island Outpost, which takes people on a hike through various historic estates.

COVID-19 Is Causing Jamaica To Tighten Its Curfew. Here’s What You Need To Know