As if relations in the Balkans weren’t complicated enough, TasteAtlas has released this map of the best regional foods in each ex-Yugoslavian country for people to fight over. While it might remind you of staring at a restaurant menu in a language you don’t understand — and being too embarrassed to ask for the English version — even a quick glance will give you a general idea of the culinary trends in Bosnia and Herzegovina, Serbia, Croatia, Montenegro, Slovenia, and Macedonia.

It comes as no surprise that areas bordering the sea, especially the coasts of Croatia and Montenegro, have an appetite for seafood and wine. Most regions also share France’s obsession with cheese. This map indicates that several countries have a distinct affinity for soups and stews, which is probably a point of contention between passionate foodies from rival states.

Have a look for yourself, especially if you want to impress your friends (and waiters) the next time you travel to Central Europe. 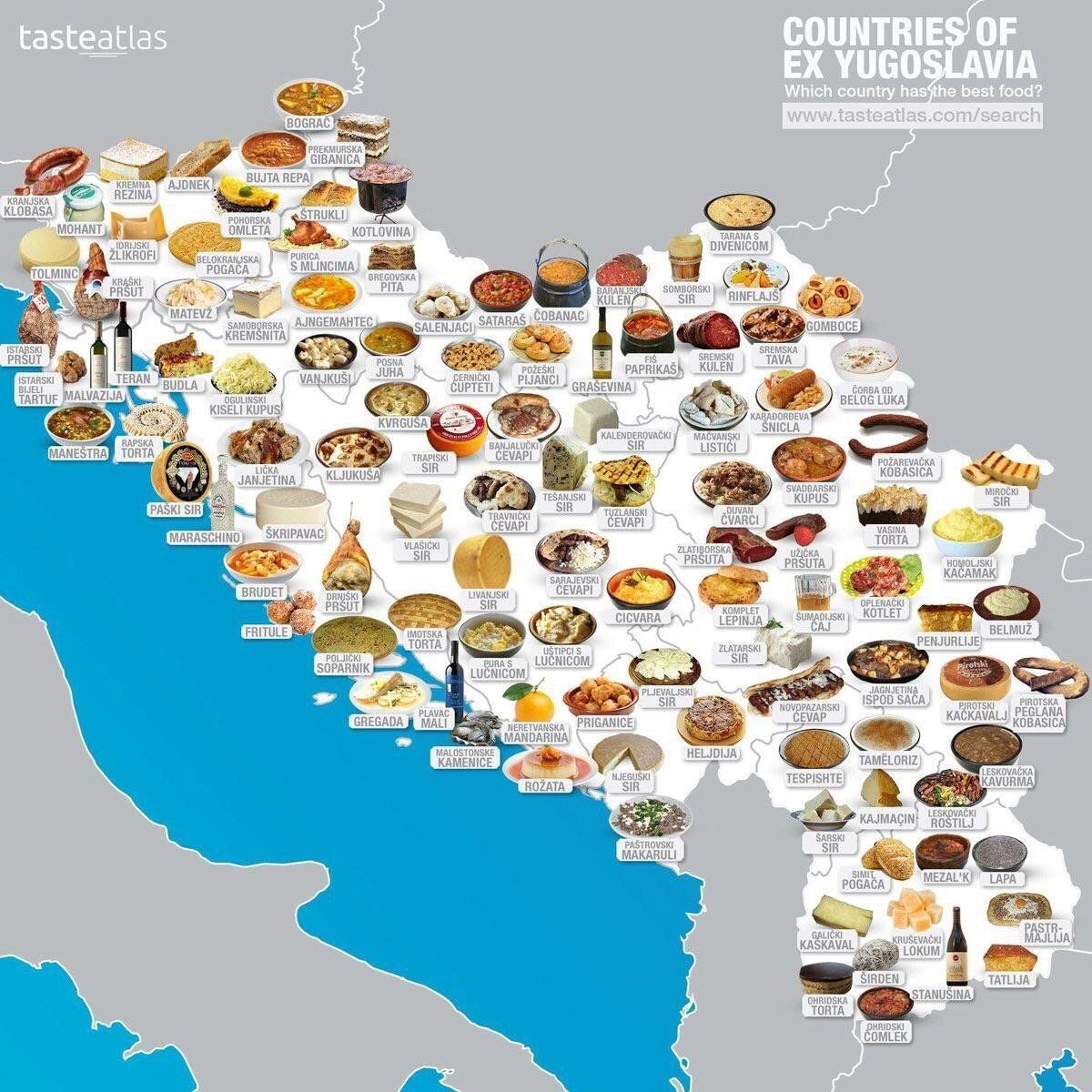