If there’s one issue likely to divide Europeans for decades to come, it’s cheese. More than just a delicious snack, cheese has the power to stir argument and create deep-seated cultural fissures not only among foodies, but anyone who takes pride in their national cuisine. The sheer volume and variety of cheeses enjoyed all over Europe is staggering, with many countries having several cheeses, from various regions, competing against each other.

TasteAtlas created a map, shared by Redditor mustardAndFish, of Europe’s most popular cheeses by country — and it’s likely to cause quite a stir among cheese enthusiasts. 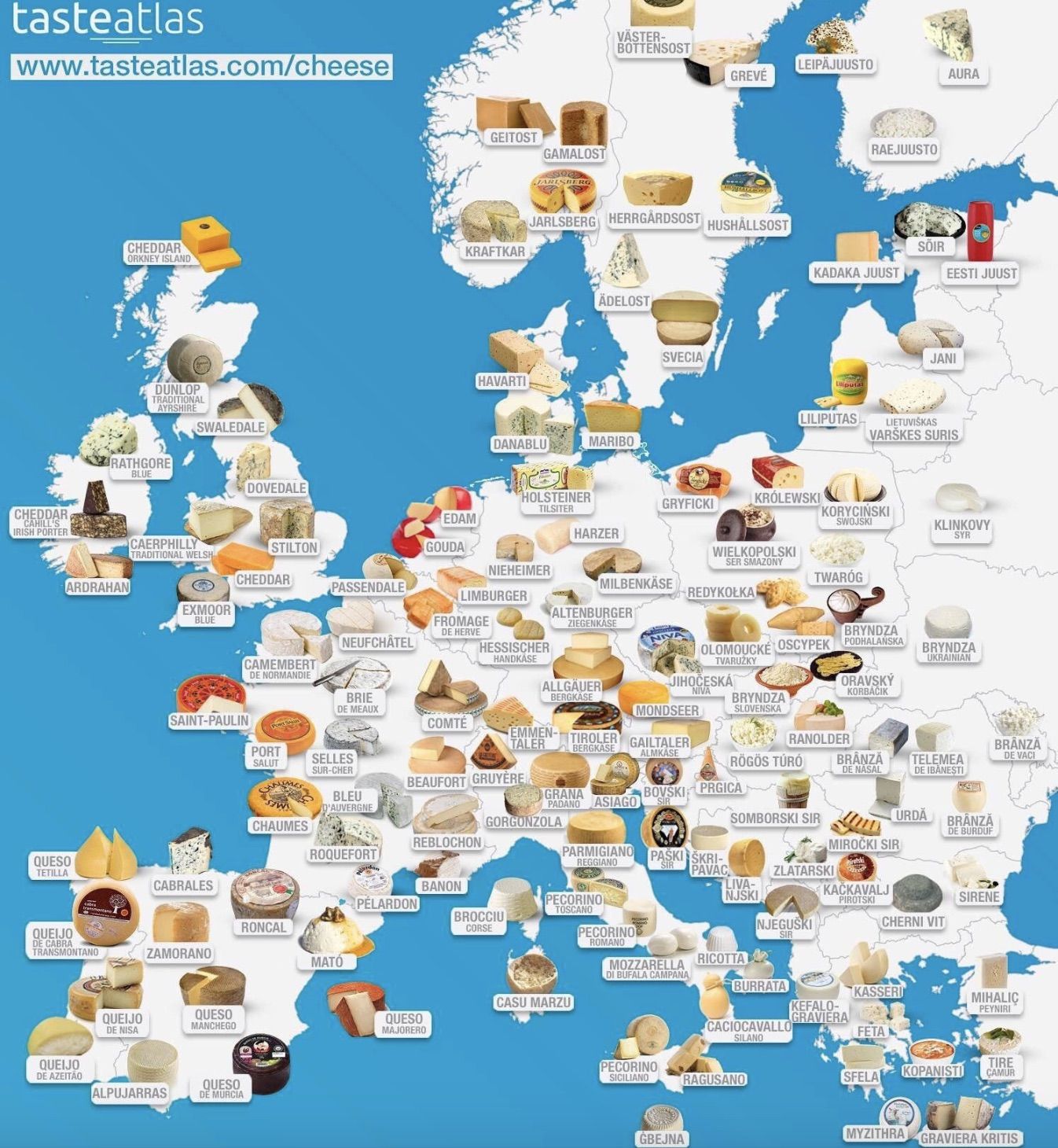 Depending on what region you’re from in any given country, your cheese preference will vary dramatically. France, for example, boasts 14 different popular cheeses, though you can bet the Banon-loving residents of the French Riviera have a few choice words for the people of Normandy, who prefer Camembert. And all of them would probably scoff at the Ukraine, with only one cheese ranking among the most popular.

This map could be great inspiration for a fun — though not exactly diet-friendly — cheese-themed Eurotrip.

Theme ParksSouth Korea Has a Whole Theme Park Dedicated To Cheese
Tagged
Food + Drink Maps + Infographics
What did you think of this story?
Meh
Good
Awesome