There’s plenty of fun to be had yacht cruising, casino crawling, and celebrity spotting, but the luxury and flashiness of Monte Carlo and Cannes represents a tiny, clichéd fraction of the South of France. Beyond the red carpet of the film festival, Nice’s Promenade des Anglais, and the Grimaldis’ Palace, there is a region filled with simple pleasures, amazing landscapes, and a chill atmosphere. To discover the true-to-life Riviera away from the stereotypes of wealth and designer fashion, follow this travel itinerary.

Check out Marseille instead of Nice. 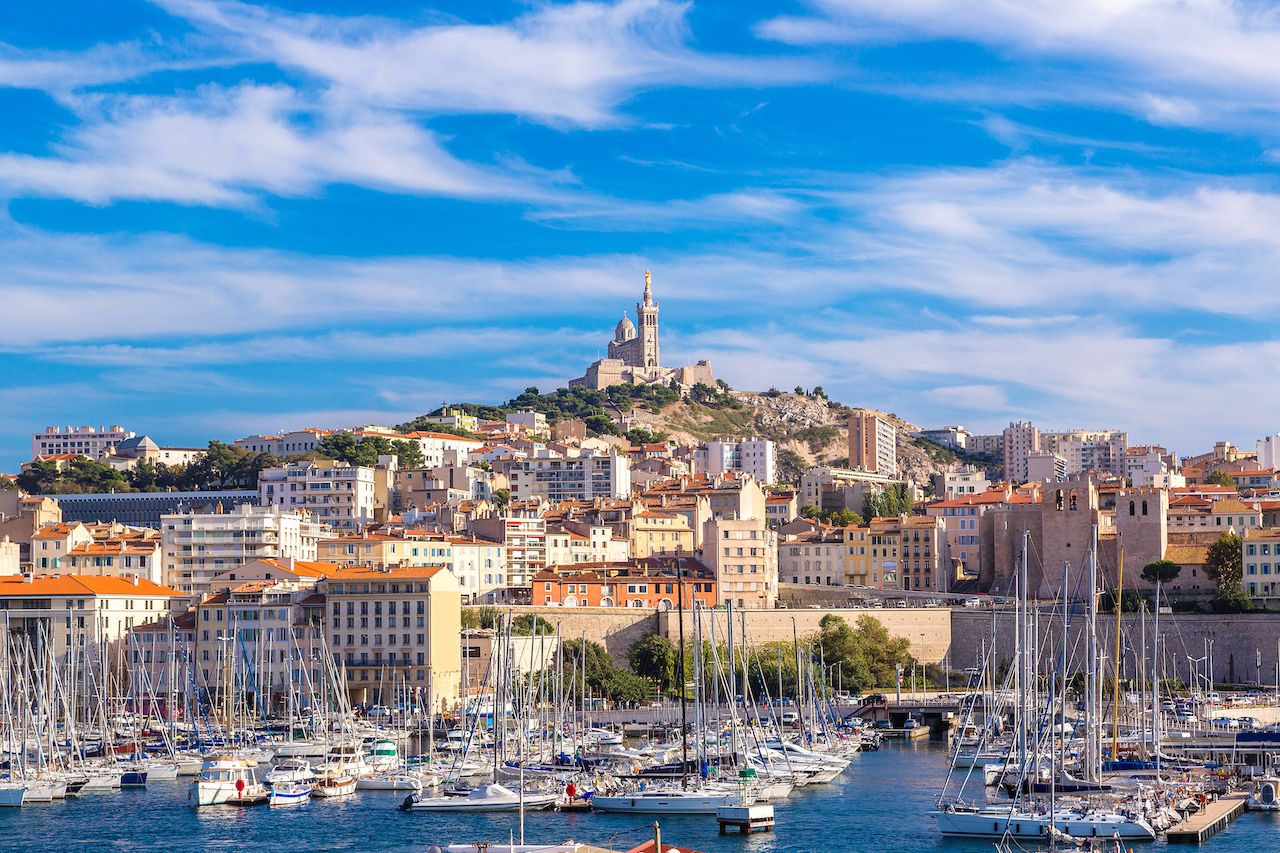 The westernmost point of your journey should be Marseille — and chances are that flight prices will be significantly lower for this airport than for Nice’s. In the past, the second largest city in France had a gritty reputation filled with scare stories of high crime. In reality, however, travelers are in no more danger there than in Paris.

The port city is the perfect spot to explore a culinary scene you did not know about. With a large community from Algeria, Tunisia, and Morocco, there are plenty of opportunities to enjoy traditional North African cuisine. Try Le Fémina, an Algerian restaurant that makes a traditional couscous that you’re not likely to forget any time soon.

If it’s views of the Mediterranean that you’re after, take the easy climb up to the hilltop basilica Notre Dame de la Garde. The Mistral — the exhilarating wind typical of this region — is likely to blow your hair at all angles and leave you breathless, but it’s well worth having bad hair for the rest of the day. 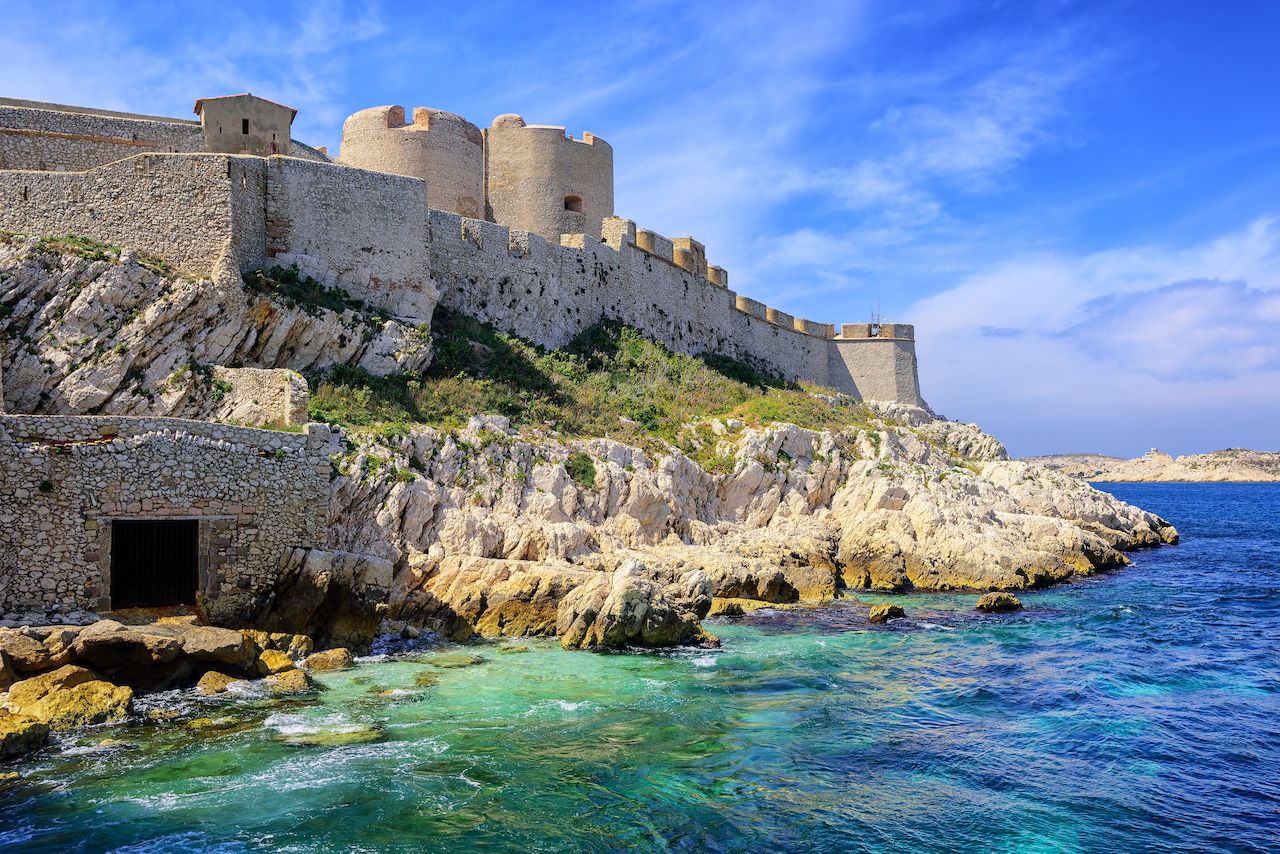 Finally, take a boat trip from the Vieux Port to the tiny island of If where you can visit the Chateau D’If, a majestic fortress that was once host to prisoners and was featured in the legendary Alexandre Dumas novel The Count of Monte Cristo.

Spend the night in a bubble. 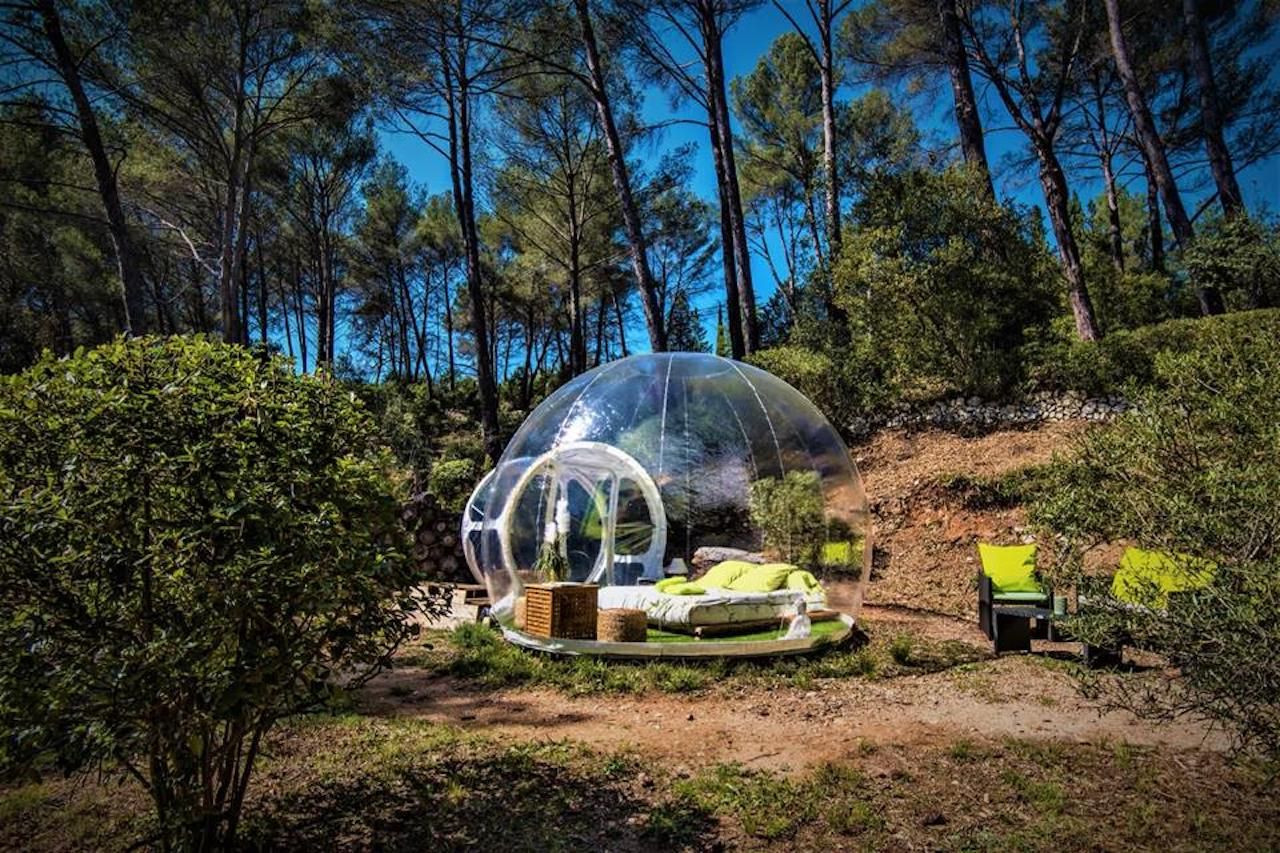 A day spent in the bustling city of Marseille can be perfectly balanced out by retreating to the solitude and sanctuary of the forest by night. About six miles from Marseille’s St. Charles train station lies a Provencal pine forest within which is perhaps the most unusual hotel complex you’ll encounter in all of France: Attrap’Rêves. Here, amid the trees, are several transparent bubbles, each with its own unique décor and theme, and you can spend the night inside one. In the daytime, carefree squirrels scuttle in the woodland around you, and after dark, the entertainment is focused on the sky, courtesy of the telescopes provided in each bubble. 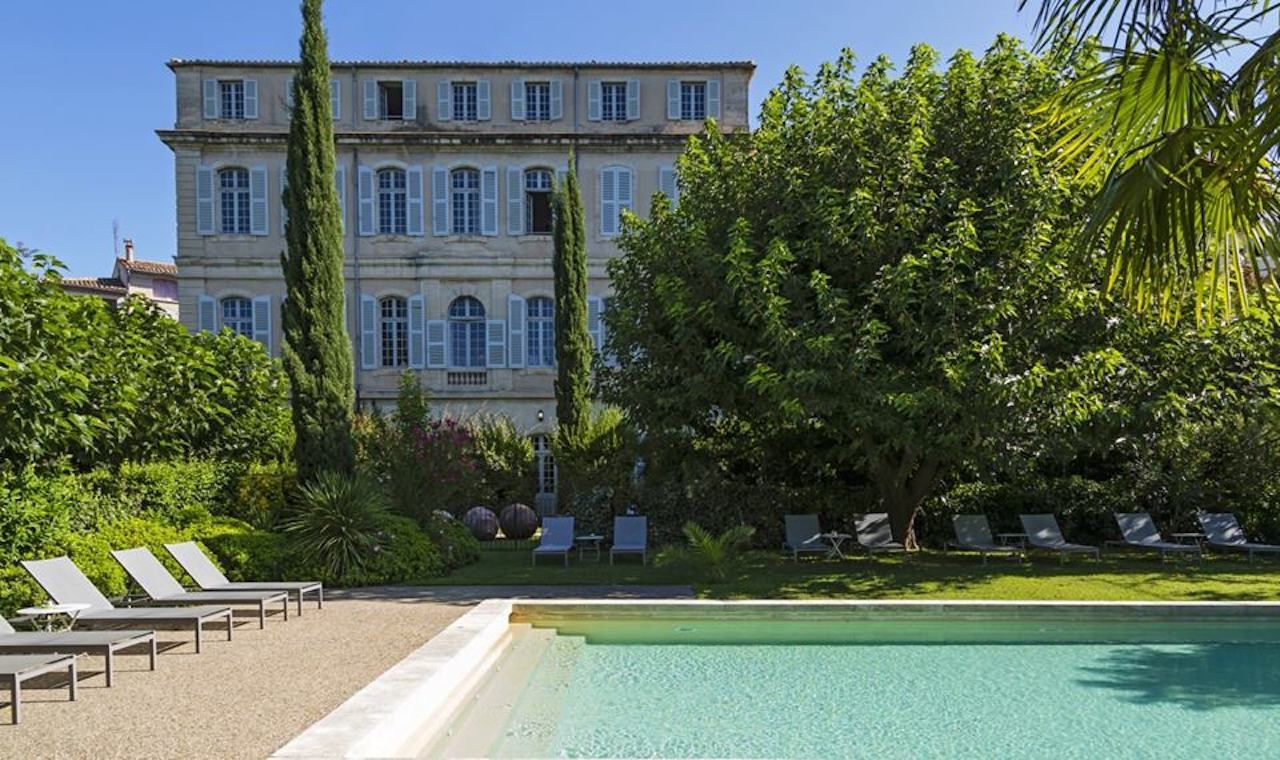 A brief detour inland, a little more than an hour from Marseille, will take you to the former home of France’s most famous villain — the Marquis de Sade. Known as the Chateau Mazan, the beautiful residence became a hotel in 2001.

Aside from a handful of tasteful artistic nudes on the walls, nothing about this quiet residence in a sleepy Provencal village even begins to suggest the depravity with which de Sade’s name is associated.

A night’s stay is highly recommended to fully take in the landscaped garden and the outdoor pool, but you can also enjoy a short stay by indulging in a meal of duck foie gras terrine and roasted apricot in the historic dining room. 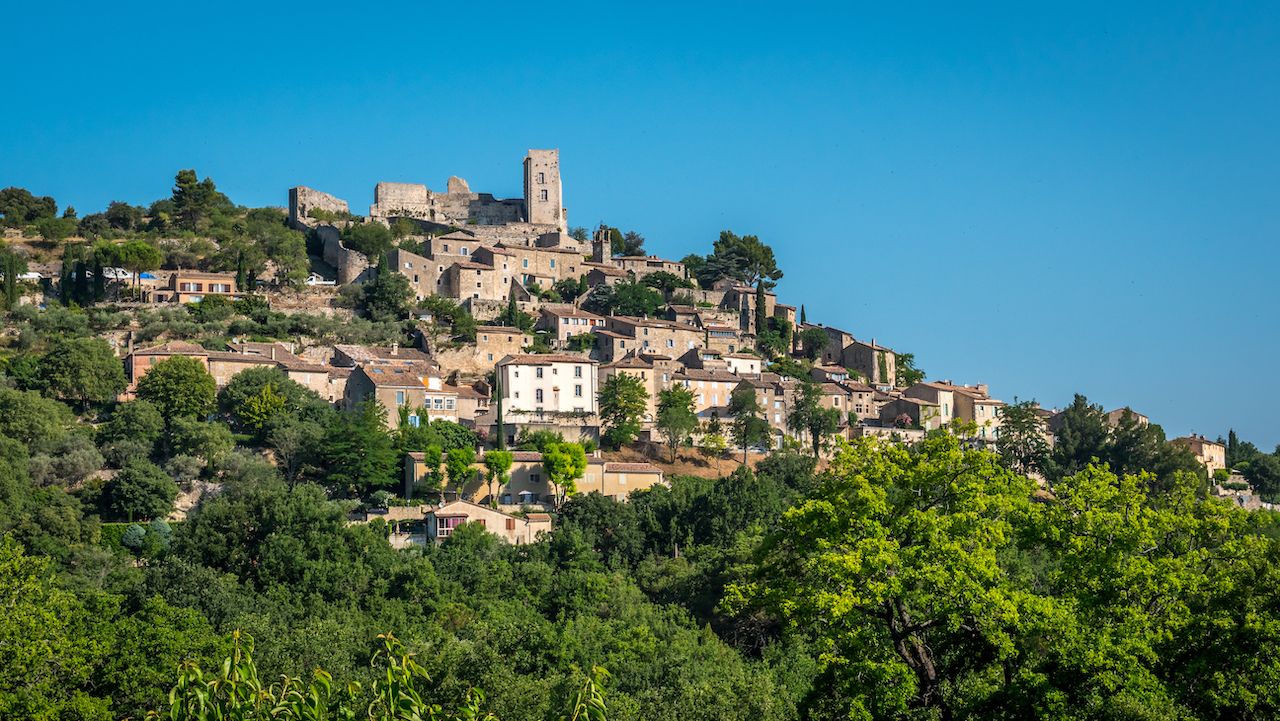 Nearby, in the beautiful perched mountain village of Lacoste, the chateau where de Sade staged some of his most epic plays back in the 18th century lies abandoned in ruins. The site has been rescued by fashion designer Pierre Cardin, although he has so far resisted the temptation to renovate, so the remains are free to wander around in at any time. Note, however, that the spot comes to life during its annual summer festival. Each year opera, dance, and drama performances take place in the chateau’s dramatic grounds and around its ancient quarry. Next July will mark the 20-year anniversary of the festival, so an extra-special program is promised. 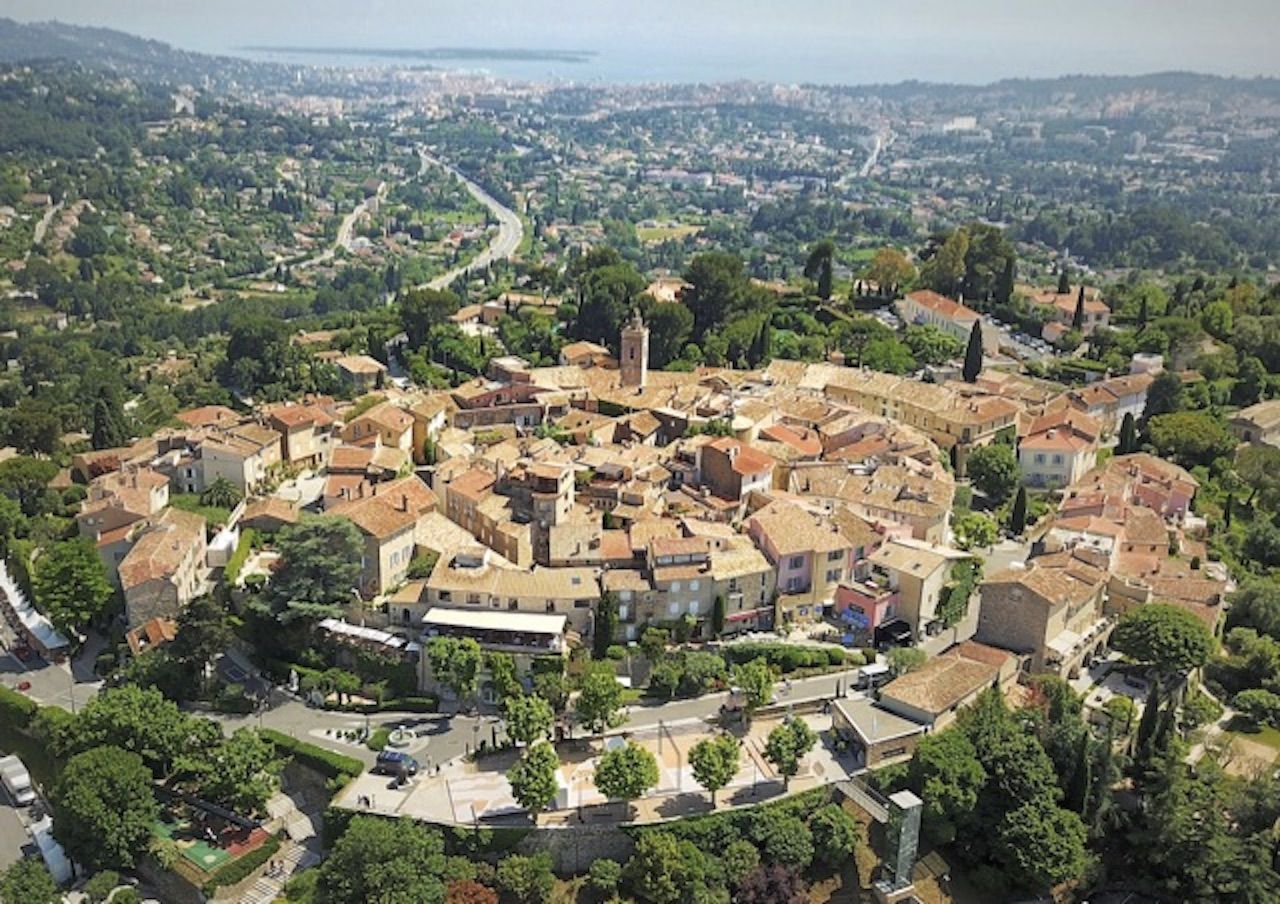 Skip sightseeing in St. Tropez, an overrated fishing village glamorized purely by its connection to movie starlets like Brigitte Bardot. That said, you could do worse than a visit to a place like Hotel Pastis. Named after the traditional anise liqueur for which this region is renowned, it prides itself on being a family-run hotel, offering a fully stocked bar. A drink here is a great way to quench your thirst before getting back on the road. 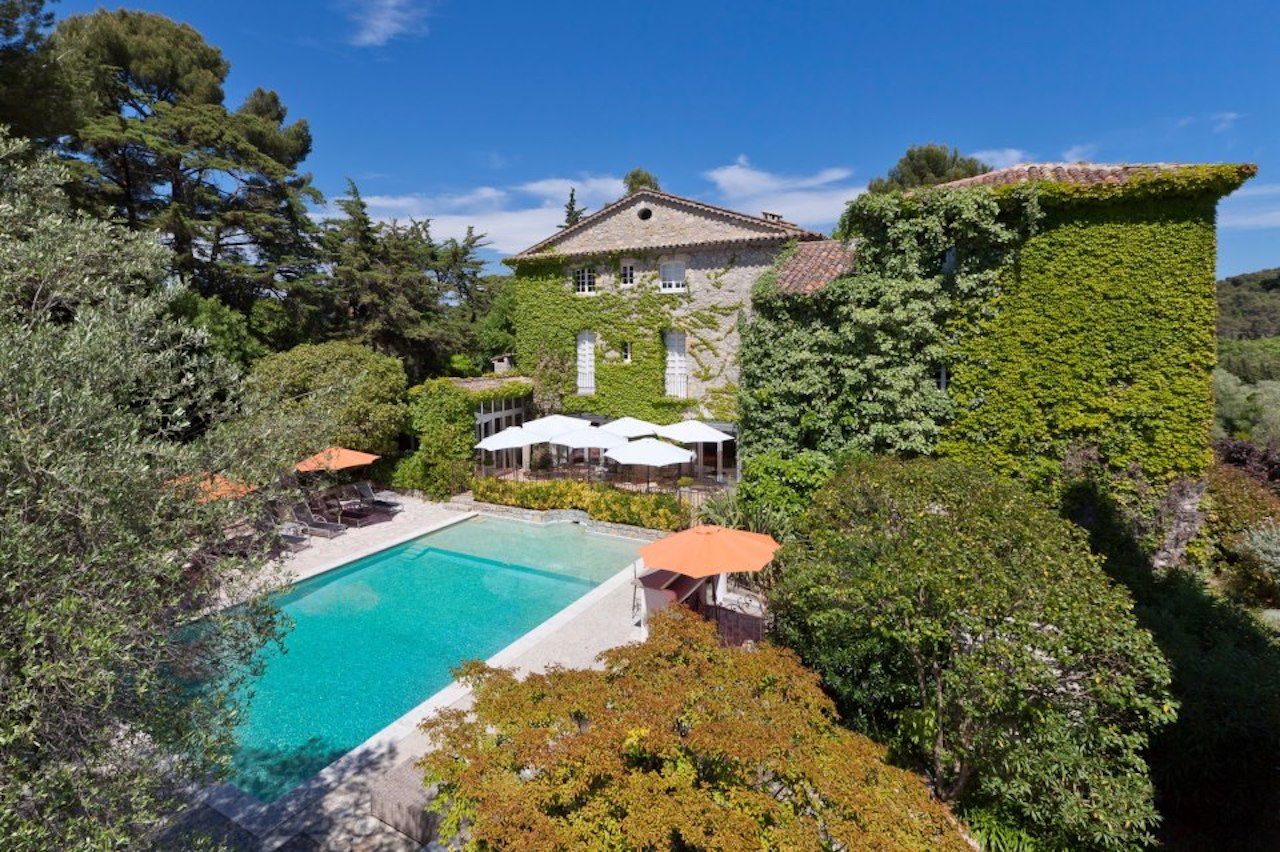 Later, continue to Cannes, but consider heading uphill to make your base the village of Mougins, Picasso’s former home. Only five miles from the celebrity mansions and Rolex-clad high-rollers is a completely different vibe — one of quiet contemplation, breathtaking scenery, and art galleries. Make sure you check out the Mougins Museum of Classical Arts and the Museum of Photography, where you’ll see many portraits of Picasso by famous photographer Villiers. Hotel-wise, the Manoir De L’Etang — once home to architect Maurice Gridaine who built the now-legendary Palais de Festival on Cannes’s Croisette — is simple, yet elegant. The surrounding environment and the killer views are sure to make any visitors weak at the knees.

Leave the mainland for a peaceful stroll among vineyards. 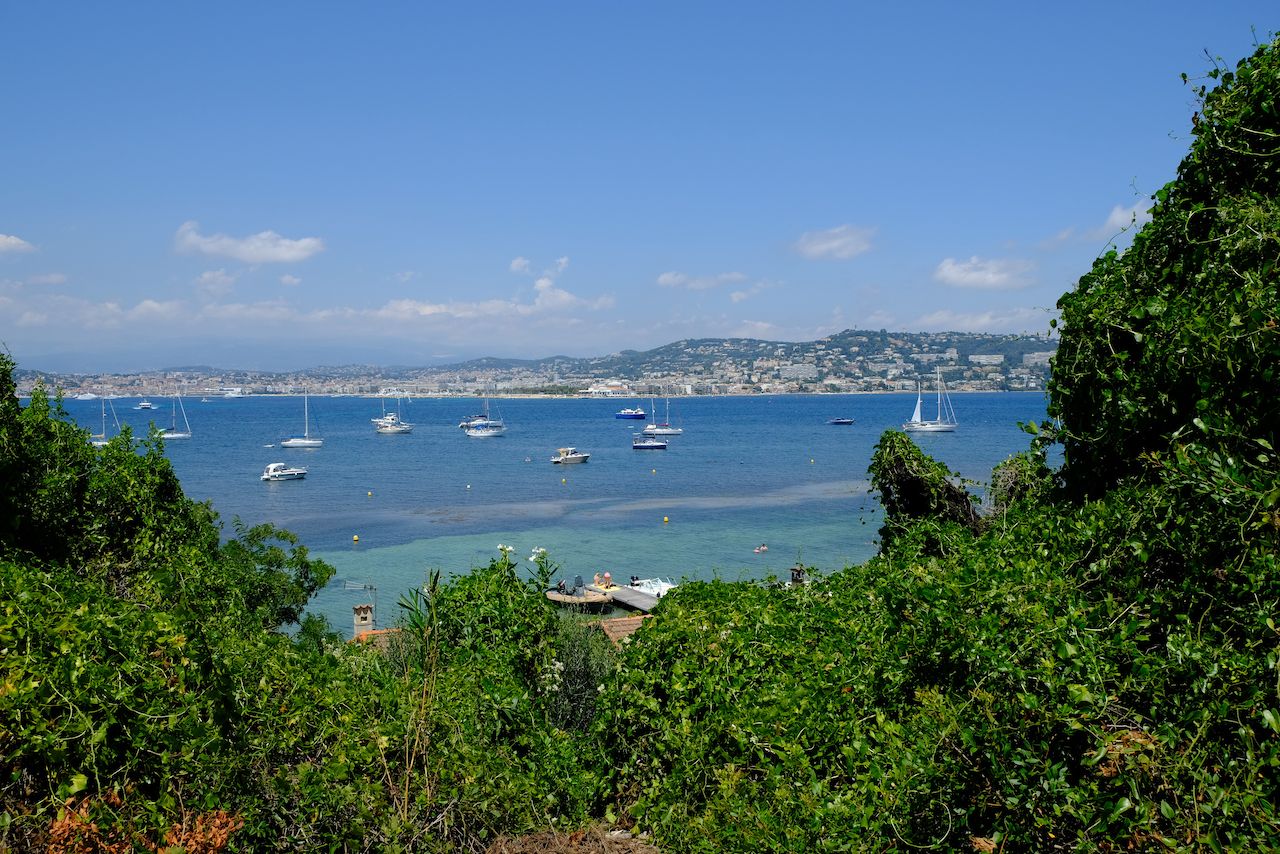 Do not leave the Cannes area without visiting the isolated Îles des Lérins, 15 minutes by boat from the city. Known as the “twin emerald isles,” they are free of all traffic and occupied only by wine-producing Cistercian monks. Hidden coves, deserted beaches, and acres of vineyards all await at Île Sainte-Marguerite, far from the crowds. This location is also home to Fort Royal, the 17th-century building where the legendary Man In The Iron Mask was imprisoned.

Across the bay lies the island’s slightly smaller sister, Île Saint-Honorat. The award-winning wine produced by the monks here has been known as the drink of choice for the jury of the famous film festival. Look out for Saint Salonius — this pinot noir treasure at the gift shop is the island’s only concession to consumerism. Cars and bikes are totally forbidden, so the only option is to traverse these tiny islands on foot.

Check out France’s most beautiful village and the road to Nice. 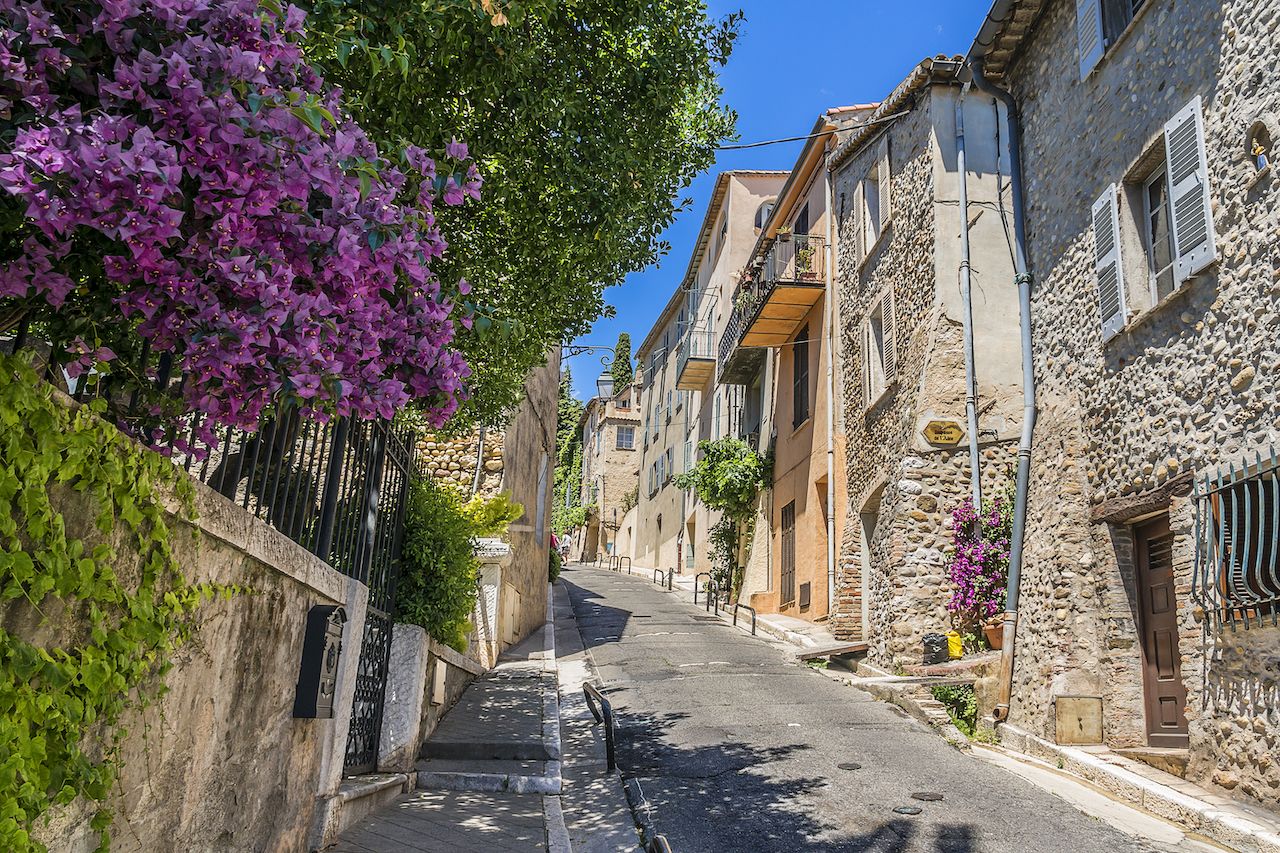 The Riviera is known for the beauty of its perched villages, and one of the most stunning is Èze, although — with the exception of a picturesque seaside walking trail known as the Nietzsche path — it’s difficult to escape the crowds here. But fear not: There are other contenders.

Possibly the most picturesque village on the Riviera — yet also the most under-celebrated — is Cagnes-sur-Mer. Characterised by steep, narrow alleyways with crumbling walls, a walk through this village quickly rewards visitors with gorgeous panoramas. It’s at its best during spring and summer, when blooms in shades of deep purple and fuchsia pink cover the place, but the village is beautiful all year round.

The obvious choice for accommodation here is Chateau Le Cagnard — a 13th century medieval castle turned hotel, which is a contender for the best place to stay in all of France. The icing on the cake is its restaurant’s frescoed ceiling and 200-centuries-old illustrated panels, which slide back after dark to reveal a twinkling night sky.

Cagnes-Sur-Mer is about a 15- to 20-minute drive from the Nice airport. Yet if you choose to linger before a flight, head to Menton, the last town before the Italian border. Every March, it is host to the Fête du Citron, a festival of sculptures built entirely out of the lemons for which the area is renowned.