James Bond movies have always been about the setup more than the payoff. An action-packed climax is fine, but you can get that in pretty much any Liam Neeson film these days. Regardless of whoever happens to be playing the British secret agent, a 007 movie is really about charm, ingenuity, seduction and exotic destinations. Nobody does it better — and nobody else manages to find himself in so many glamorous locales during routine work trips.

Out of all the places to find danger and romance, Monte Carlo seems to be the one that suits James Bond best. So channel your inner spy and plan a trip to Monaco, a small self-governed principality, in which Monte Carlo is just one of several quartiers or wards. It’s not easy to be James Bond, but by planning carefully, you can fill the shoes of Ian Fleming’s iconic character on the ultimate vacation that’s shaken, not stirred. 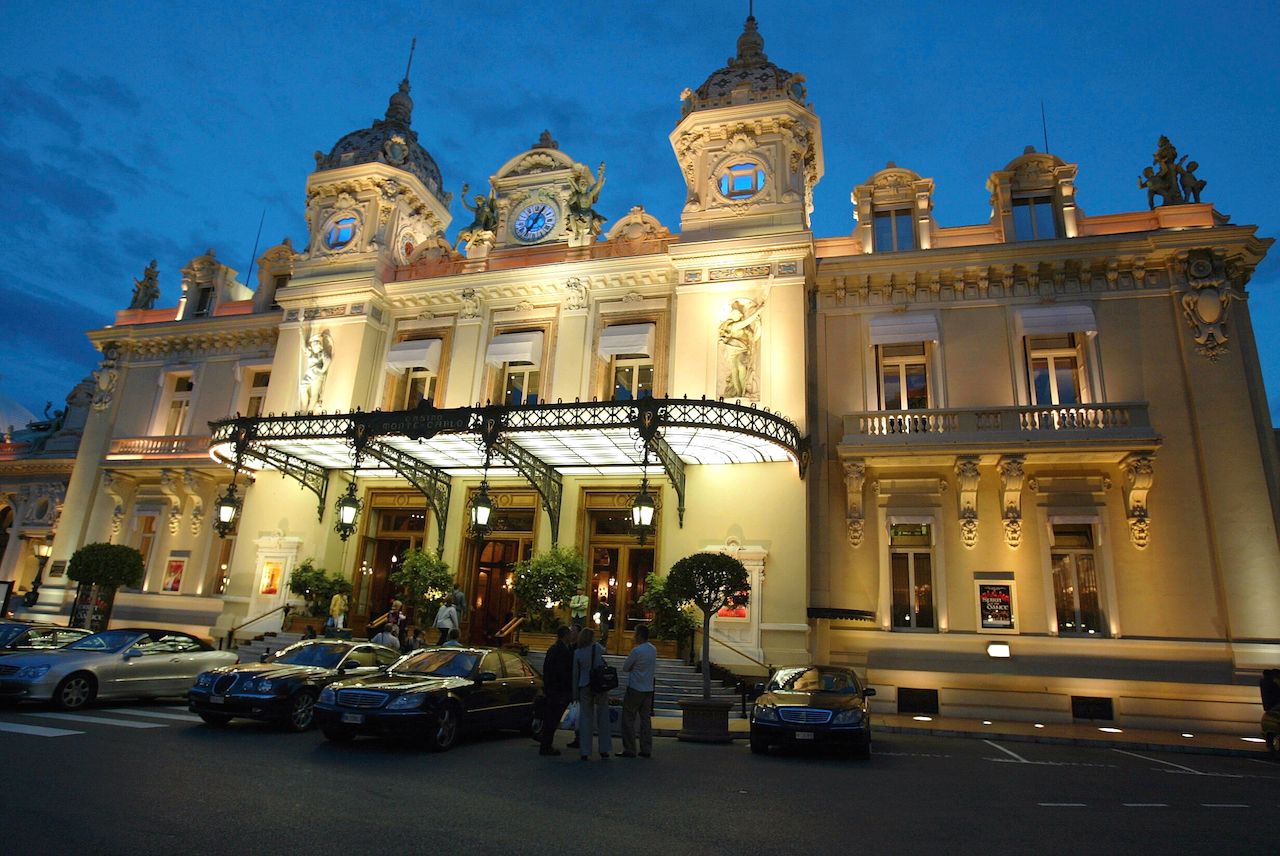 The very first scene of the very first James Bond film is set in Monte Carlo. In fact, it’s the location where the words “Bond, James Bond” were uttered for the first time. As the opening moments of Dr. No unfold, the camera reveals Sean Connery, cigarette lit, commanding attention while playing Chemin de Fer, an early version of Baccarat. His game is strong — both with the casino and the opposite sex. He leaves the table with a nice stack of cash and makes plans to meet up later with Sylvia Trench, the woman he won all that money from. If you want to be like Bond, you have to be suave like Bond.

So here’s the buzzkill. The scene was actually filmed on a soundstage in London. But the venue it was inspired by, the Monte Carlo Casino, would eventually be a legit filming location in Never Say Never Again — a film that featured Connery back as Bond following a 12-year absence. Instead of Baccarat, he was playing a 3D-video game, but it was 1983 and that kind of stuff was considered edgy then.

The Monte Carlo Casino was also be featured in GoldenEye, in which Pierce Brosnan, in his debut as Bond, would face off across the table from Xenia Onatopp, a woman who could crush men to death with her thighs while in bed. It was 1995 and even though the series was reaching Austin Powers levels of self-parody, GoldenEye was the highest-grossing 007 film in ages, further associating the connection between Bond and Monaco.

The modern-day Monte Carlo Casino still retains much of the same style and charm. Smoking is no longer allowed, but you can still play Baccarat. Bring some cash. The minimum bet is 40 EUR ($47) and the entrance fee just to get in is 17 EUR ($20). Be prepared to show your passport, since Monaco citizens are banned from playing. The pain of the house-advantage is apparently best left to foreigners. 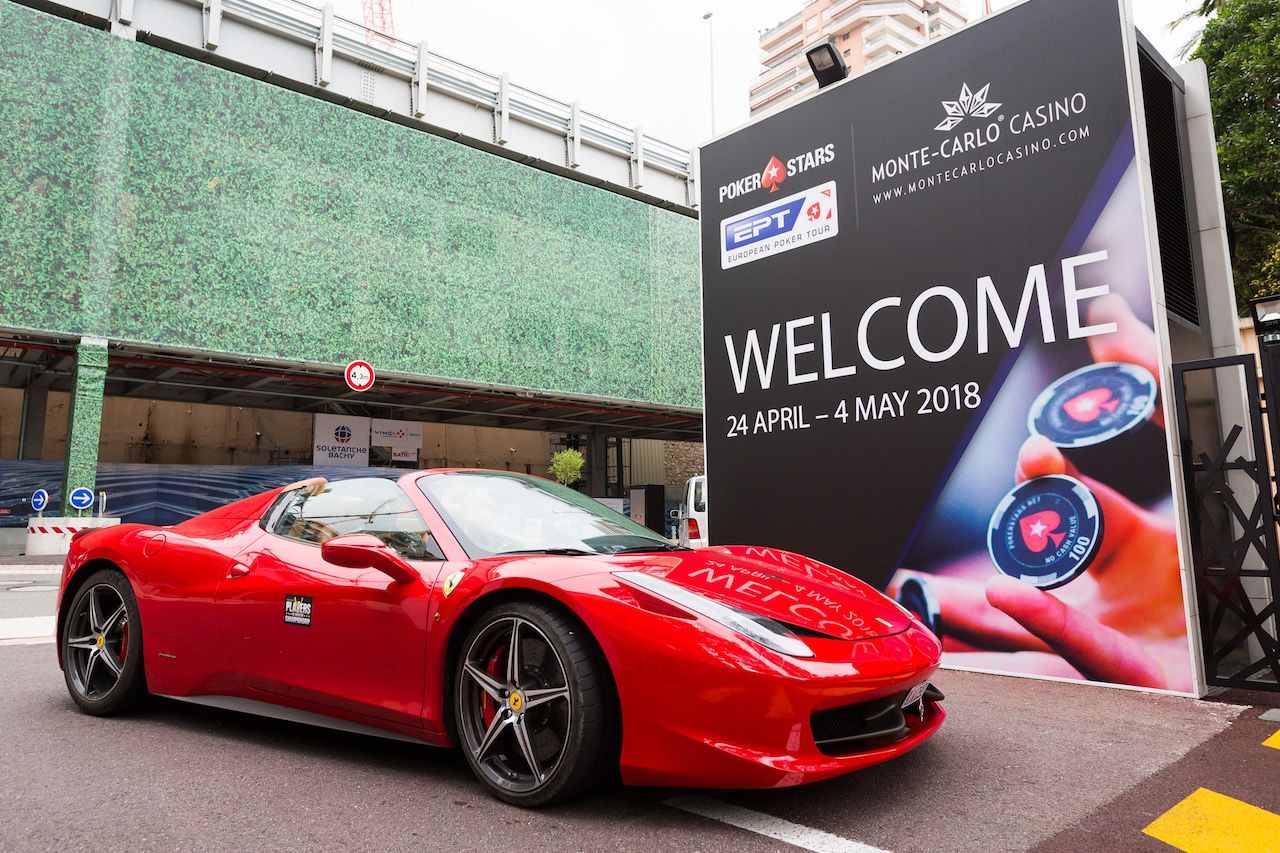 “James, is it really necessary to drive quite so fast?
-Caroline
“More often than you’d think.”
-James Bond, “GoldenEye” (1995)

James Bond loves his gadgets, especially fancy cars. From the armed and armored Aston Martin in Goldfinger to a Lotus that transforms into a submarine during The Spy Who Loved Me, it’s fair to say 007 doesn’t drive the same automobiles you and I do. However, the best example of Bond’s dangerous driving is found in GoldenEye, in which the spy races Xenia Onatopp around the tight and winding mountain roads above Monaco.

If that sounds exciting to you, you can either gape at the exotic cars parked in Casino Square or rent one from Liven Up and hop behind the wheel yourself. We’re talking Ferraris and Lamborghinis here. You can also just go for a ride while a trained driver navigates the car at high speed through the streets of Monaco and on the cornishes (or cliffside roads) seen in GoldenEye. While it wouldn’t be James Bond’s style to ride shotgun, it’s actually more fun to focus on the sights and scenery from the passenger seat than fumble with the steering wheel and gear shift in the driver’s seat. The Liven Up drivers are not only familiar with the roads and vehicles, but also serve as great tour guides while speeding around town. And they’ll take the heat if a police officer hands out a ticket for driving too fast. 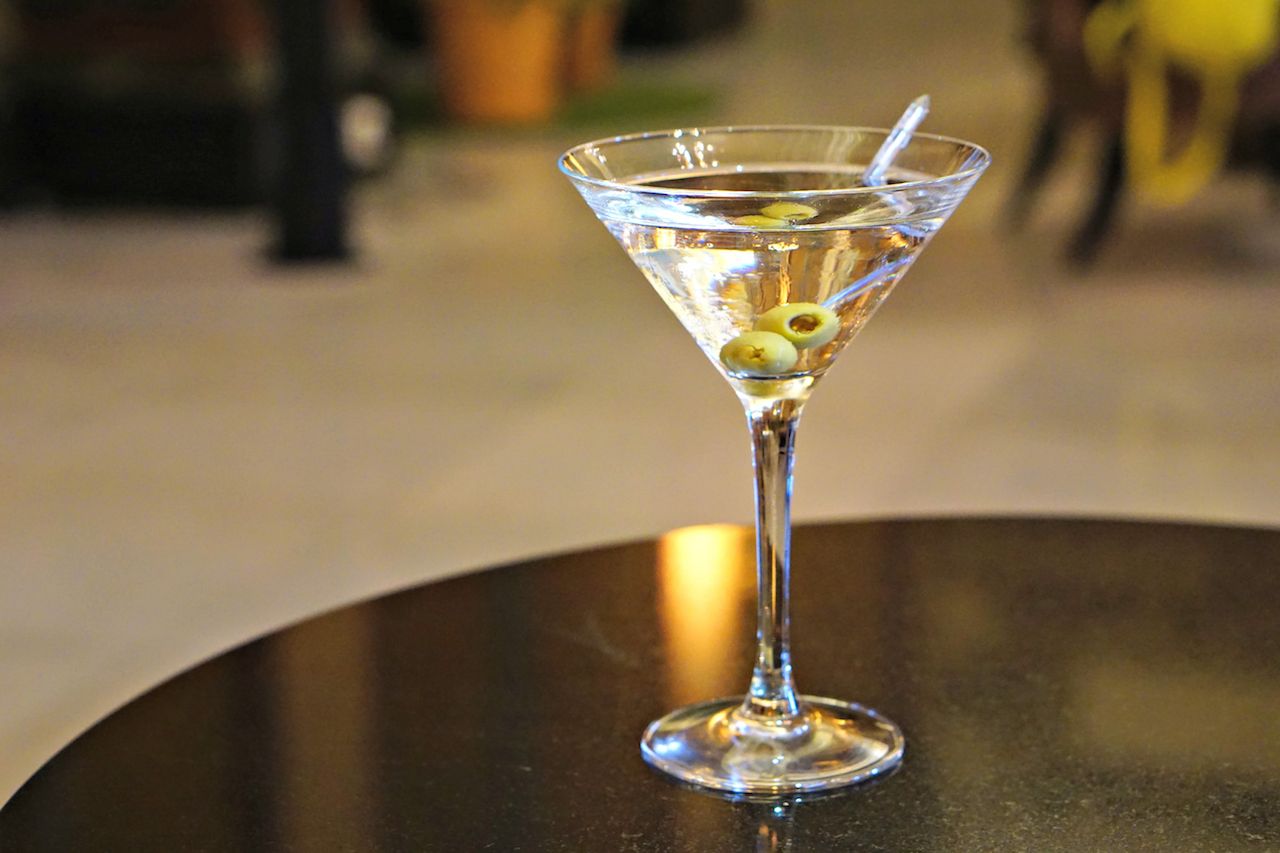 It’s no secret that James Bond prefers his Martini “shaken, not stirred,” but should it be made with vodka or gin? The subject is a much-discussed topic of debate among 007 fans, but Le Casino Bar at the Monte Carlo Casino gives you both options. Have the cocktail made with Beefeater, a London dry gin familiar to any British spy, or Russian Standard, a soft-tasting vodka that, much like Pierce Brosnan’s take on James Bond, found success in the post-Glasnost era of the former Soviet Union. The bar’s menu plays up the Bond image hard, not only with the Martini, but also other drinks familiar to fans of the movie series. They include a Mint Julep, sampled by Connery in Goldfinger, and the Vesper, a gin and vodka combo ordered by Daniel Craig in Casino Royale. (Unfortunately, the key ingredient of a Vesper — Kinet Lillet — is extinct nowadays, but plenty of other aperitifs like Lillet Blanc will do the trick).

The drinks are great, but the bar is definitely playing to the tourist crowd. For a more sophisticated take on craft cocktails, visit Le Bar Americain inside Hotel de Paris. The drinks tend to run in the neighborhood of 27 EUR ($31), but you’re not just paying for booze, you’re also paying for atmosphere. The stylish lounge is the kind of place where Bond might enjoy a midnight rendezvous while live jazz performers take the stage. You won’t hear Shirley Bassey belting out “Diamonds are Forever,” but you’ll definitely enjoy an evening of French and American standards. 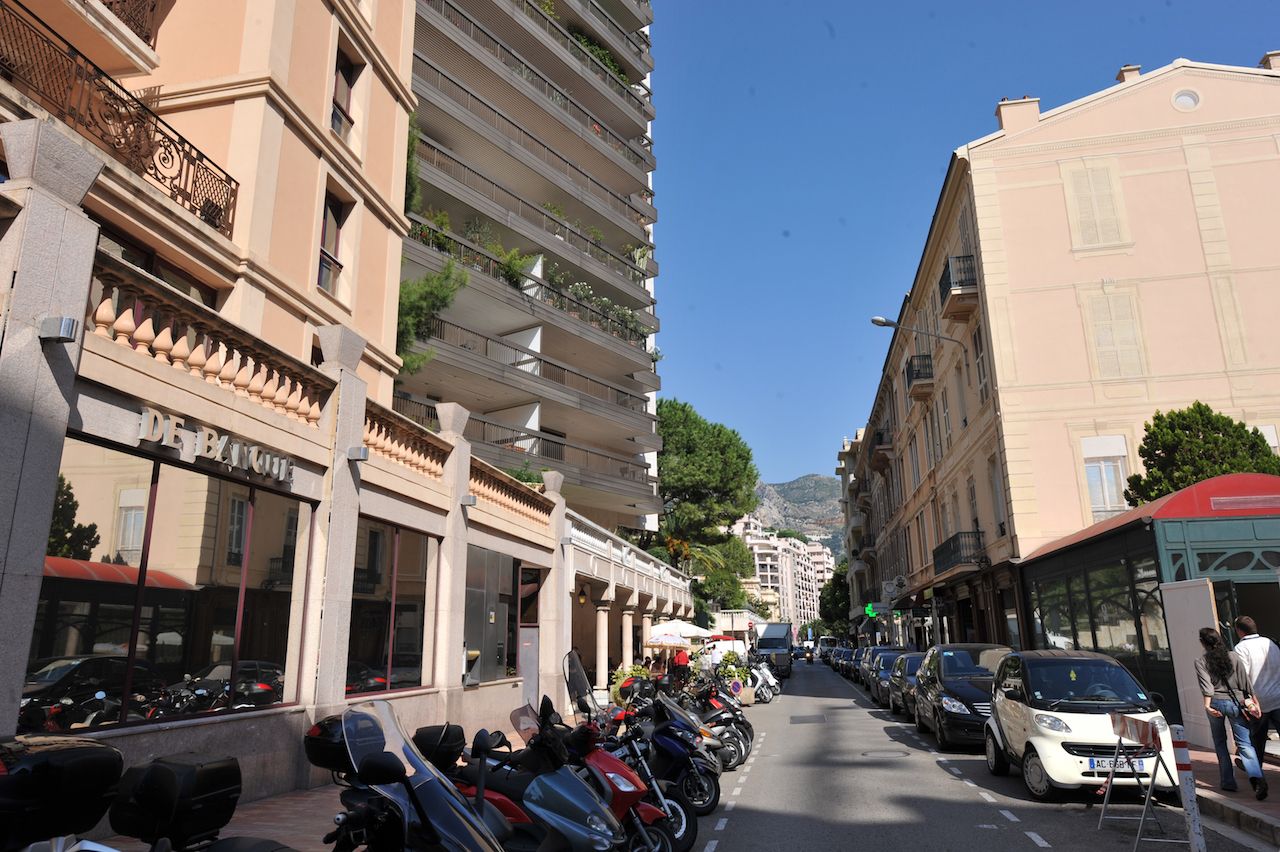 In Never Say Never Again, Bond hops on a rocket-powered motorcycle and gives chase on the streets of Villefranche-sur-Mer, a commune of French villas just outside Monaco. It’s all done in full tuxedo, of course.

Regardless of what you choose to wear, motorcycles can be rented in Monaco from Motoroads, beginning at just over $100 a day. They include sport models to maximize speed and power, as well as touring models for long-distance excursions among the hills and vineyards of France. For something less intense, you can also rent a scooter, starting at $30 a day, for a convenient way to get around Monaco, which at less than one full square-mile in area is the second smallest country in the world, beat only by Vatican City. Bicycles are available too and can even be delivered to your hotel room.

Take to the water in Monaco like James Bond 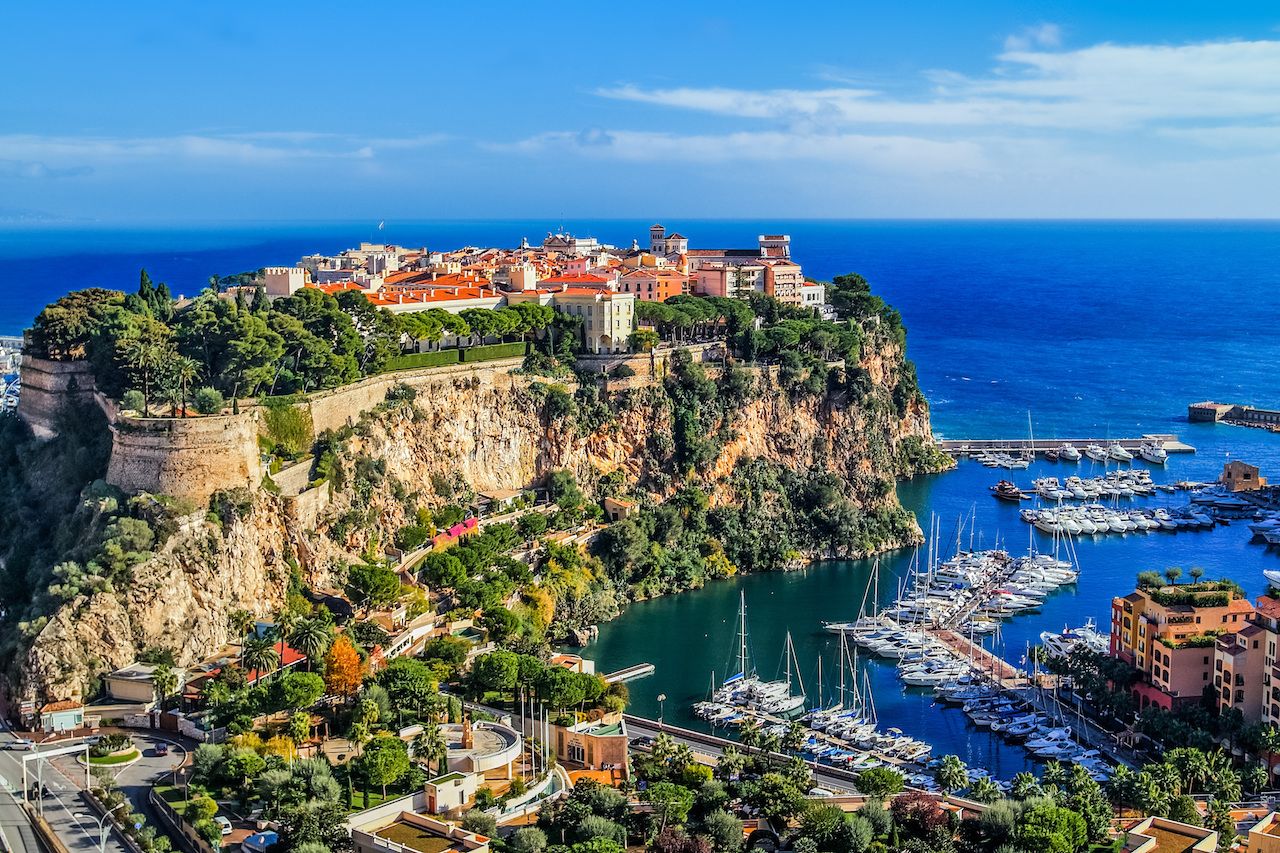 The plot of GoldenEye really picks up steam when Bond hops on a speedboat and tries to stop a high-tech helicopter from being stolen by rogue Russian operatives on a military ship. The action unfolds in Port Hercules, a deepwater port in Monaco that’s home to the most lavish and largest superyachts in the world.

You probably don’t have the bank statements to finance a yacht for yourself, but there are still a few other ways to check out the scenery from the water. Liven Up has all-inclusive boat packages that come with their own skipper and snacks, ranging from two to eight hours in length. For something that requires less planning — and far less money — just show up at Port Hercules and hitch a ride with Bateau Bus. It’s a small solar-powered ferry that takes passengers from one side of the harbour to the other. It’s a good way to enjoy a view of Monaco from the water without too much fuss. 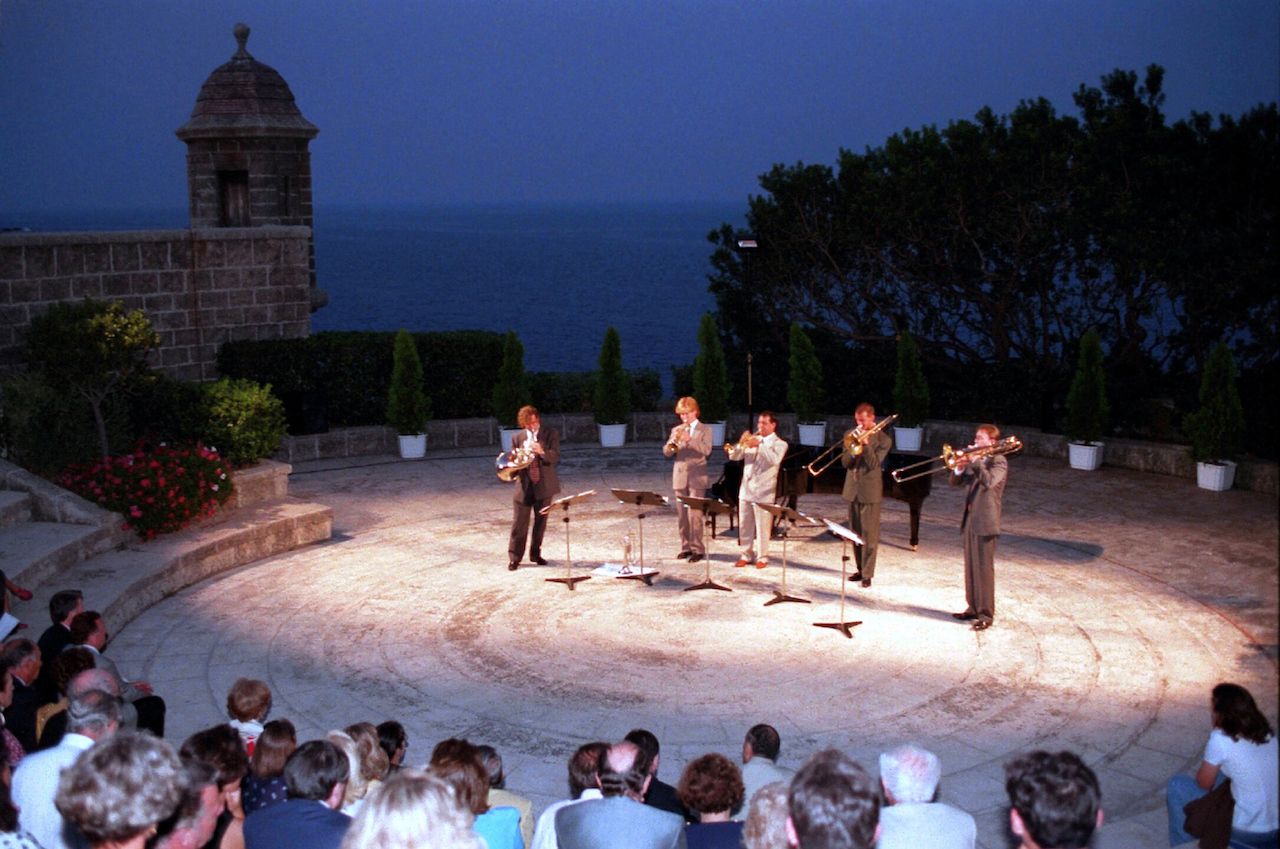 No one mixes business or pleasure quite like James Bond — and that’s especially true in Monaco. Sean Connery’s dramatic tango in the Monte Carlo Casino with Kim Basinger was a highlight of Never Say Never Again, but your dance moves are probably best suited for Jimmy Z, a beachside nightclub that comes with spectacular views of the water.

In GoldenEye, Pierce Brosnan conducts surveillance from Fort Antoine, an old military fort that was redesigned as an open-air amphitheater. Visitors can check it out for free outside the regular performance schedule. If movies are more your thing, the Monaco Open Air Cinema has a similar atmosphere, screening French films and the latest Hollywood blockbusters underneath the evening sky. 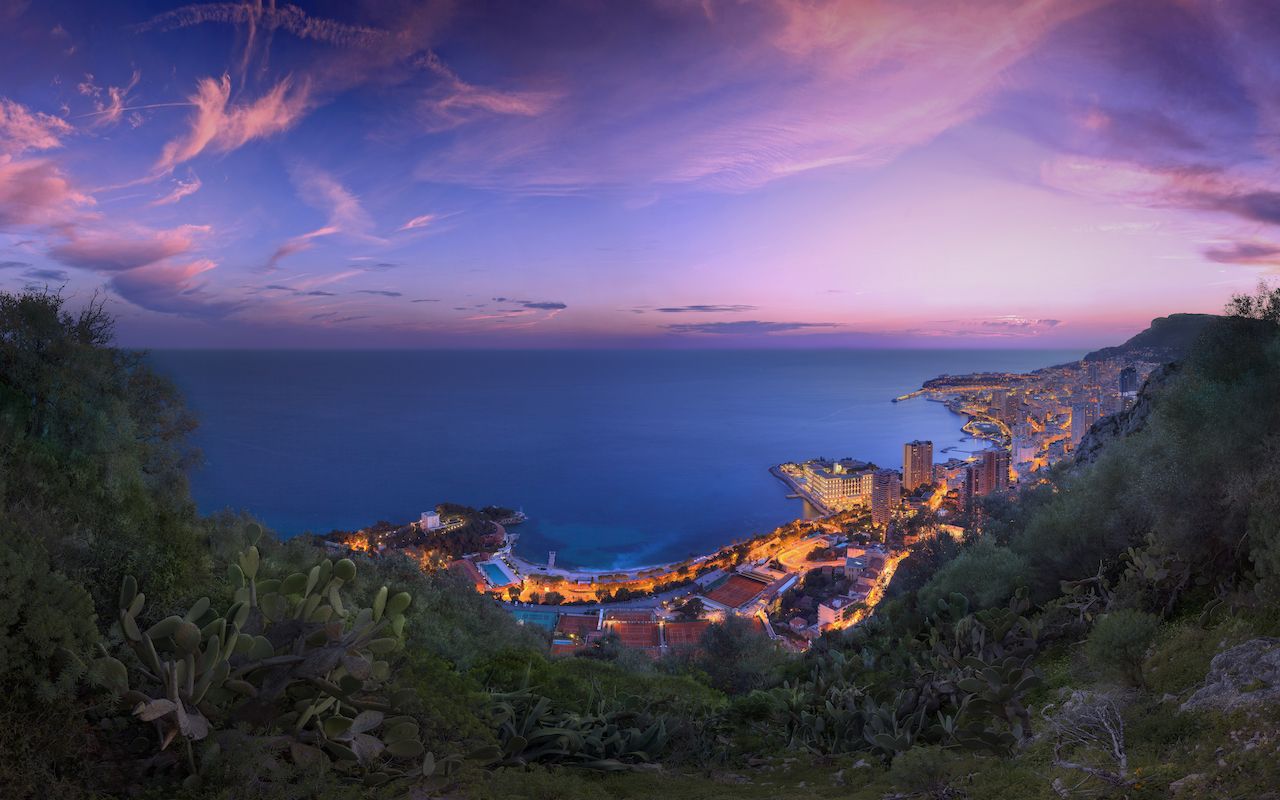 It could actually even be the perfect place to watch the next James Bond film. The currently untitled production is due for release in late 2019 with Daniel Craig back as 007 for the fifth time — providing even more inspiration for a Monaco vacation that’s licensed to kill.