Fried chicken holds a special place in the hearts of the American people. In the Southern states, fried chicken is treated with near-religious reverence. Legendary restaurants like Willie Mae’s in New Orleans and Martha Lou’s Kitchen in Charleston are considered national culinary treasures, up there with Michelin-starred restaurants. But America hardly has a monopoly on crispy, crunchy, juicy, spicy fried chicken. From Central America to Japan, fried chicken is a staple protein, and each country puts its own spin on this home-style classic.

Fried chicken is a canvas for the signature ingredients of the country in question. In America, it’s often served with mac and cheese and mashed potatoes, but in Vietnam, fried chicken wings are coated in fish sauce. Meanwhile, in Mexico, fried chicken sandwiches are topped with Oaxacan cheese and chipotle peppers.

Here are 11 fried chicken dishes from Japan to Israel for every fan of the world’s favorite juicy, crunchy, crispy comfort food. 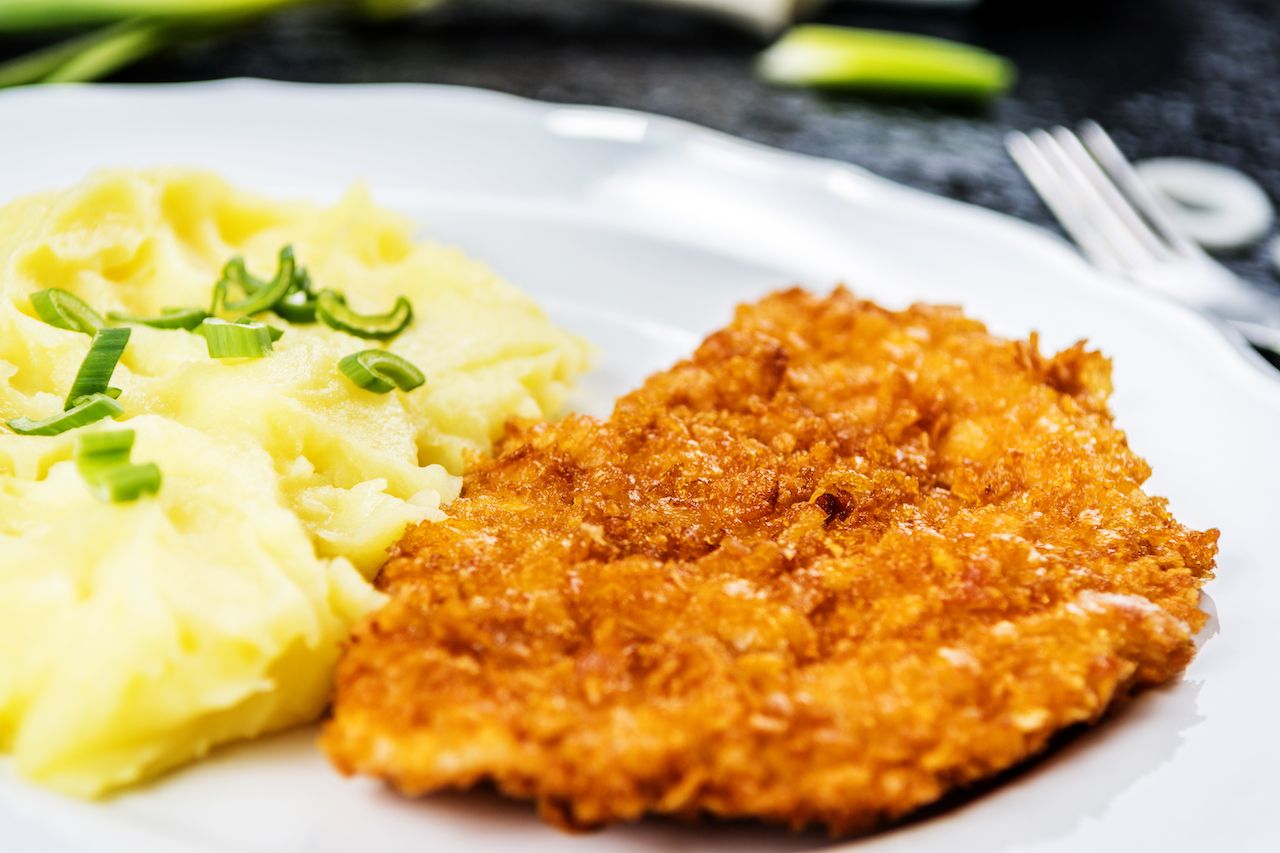 This dish originated in Vienna, Austria, where it’s known as wiener schnitzel (the latter meaning thin slice of meat). The geographically protected dish must be made with veal, but when German Jews immigrated to Israel in the 1930s, they transformed schnitzel into a chicken specialty. Fried in vegetable oil instead of butter to make it kosher and served alongside mashed potatoes or french fries, chicken schnitzel is still a beloved dish in Israel, especially among school children. 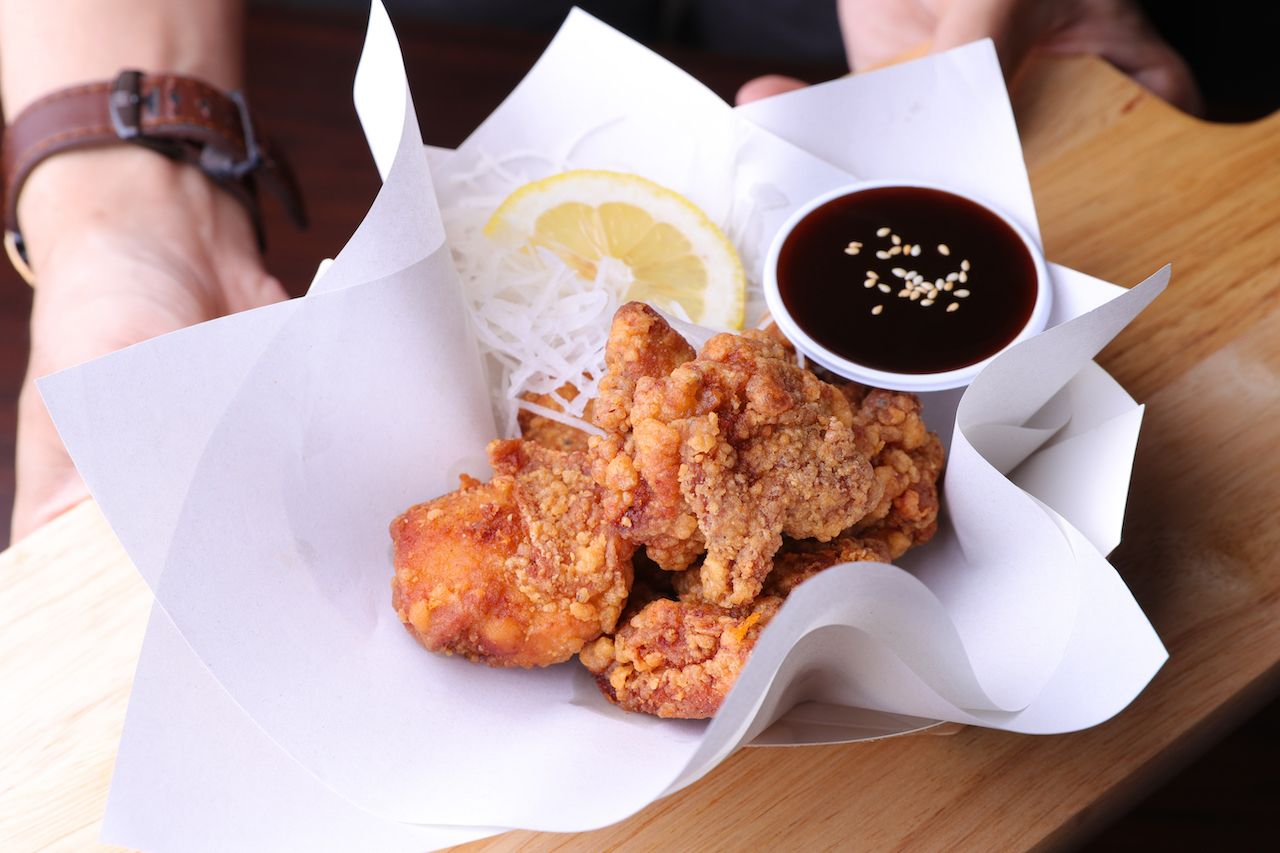 Bite-sized Japanese fried chicken is ultra crispy and perfect for snacking. Akin to a deep-fried chicken nugget, karaage likely became popular in Japan during the 1920s. The bite-sized pieces of chicken are typically marinated in rice wine, ginger, and soy sauce to keep the meat juicy, and are then coated in potato starch and flour before being fried in oil. You can find karaage in ramen shops, pubs, and street food stalls, but it’s often made in private homes, too. It’s a massively popular finger food and is sold frozen at the grocery store. 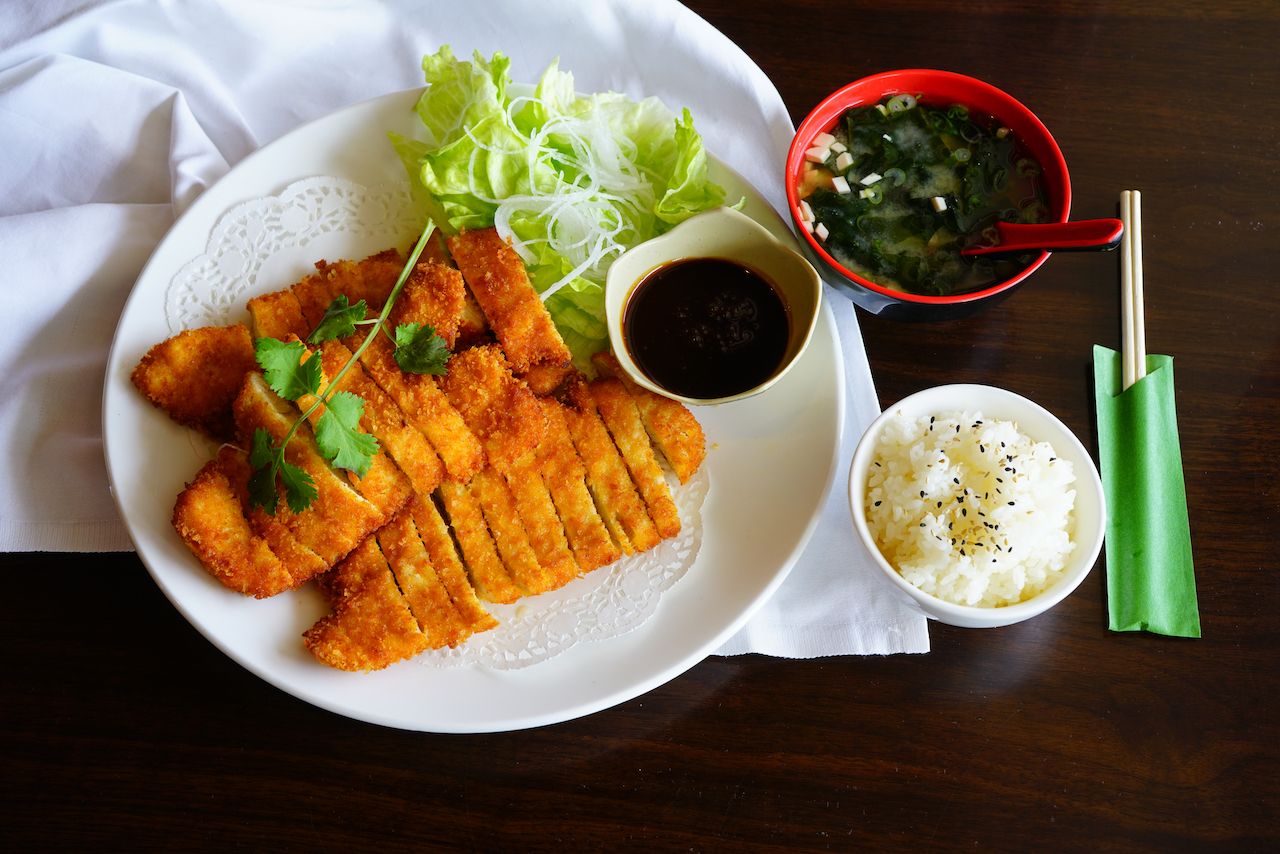 Katsu is another dish from Japan that’s similar to schnitzel. Tonkatsu, made with pork, is the traditional version of katsu, but torikatsu, made from the butterflied thigh of a chicken, is one modern variation. The meat is marinated with salt, pepper, and sweet wine, then dipped in bread crumbs and served on a bed of shredded cabbage. Katsu first appeared in Japanese cuisine in the late 1800s when a restaurant in Tokyo introduced Western-style cutlets of meat to its menu. Since then, it’s become ubiquitous throughout the country and appears in takeout bento boxes and restaurants that specialize in katsu. Another variation is topped with a sweet, mild Japanese curry. 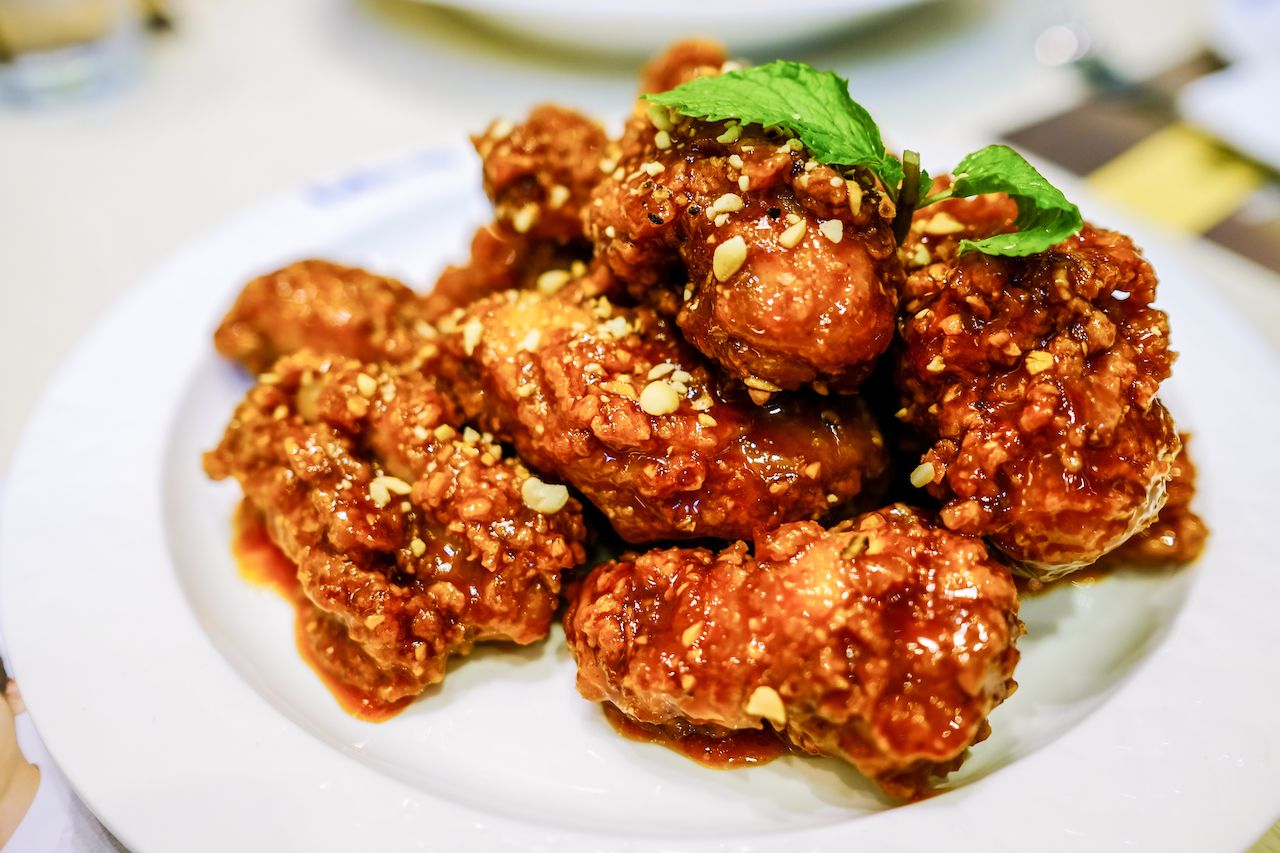 South Korea is wild about fried chicken. Typically fried twice, fried chicken from this country tends to be spicier than versions you’ll find in the states. The first modern fried chicken joint opened in the late 1970s after vegetable oil was introduced to the cuisine and chicken farming became much more productive. In 1982, a restaurant called Pelicana Chicken began coating its fried chicken in a now-famous hot and sweet sauce called yangnyeom, or seasoned chicken. Thus what is now the most beloved variety in the country was born. In the late ‘90s, a financial crisis hit the country, and as a result many people lost their jobs and fried chicken delivery surged.

It’s one of the most popular comfort foods in the country with about 50,000 restaurants serving fried chicken. It’s so important to South Korea’s food scene that restaurants that sell beer and fried chicken have their own name: chimaek, a combination of chikin and maekju, meaning beer. 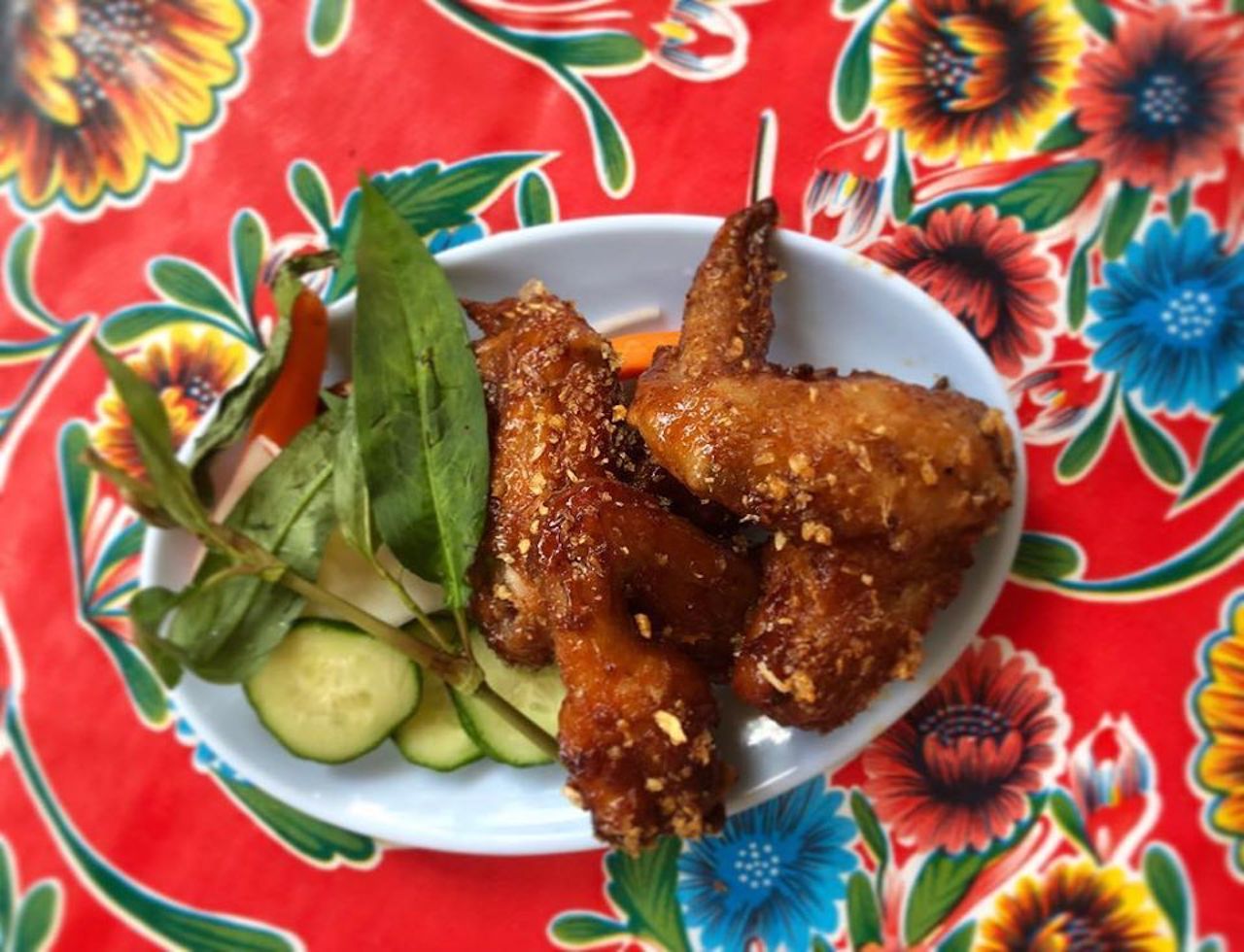 Forget barbecue sauce. When Andy Ricker, chef and owner of the Portland-based Pok Pok Restaurants, visited Saigon, he noticed that fried chicken is often coated in savory, spicy, and slightly sweet fish sauce — a common condiment in Vietnamese cuisine. He scribbled what he guessed might be the ingredients onto a napkin and passed the recipe along to Ich “Ike” Truong. Pok Pok didn’t invent fish sauce wings, which were already a popular drinking snack in Saigon, but Truong did recreate the Vietnamese dish at the restaurant. His sticky glaze dotted with bits of garlic is now legendary. 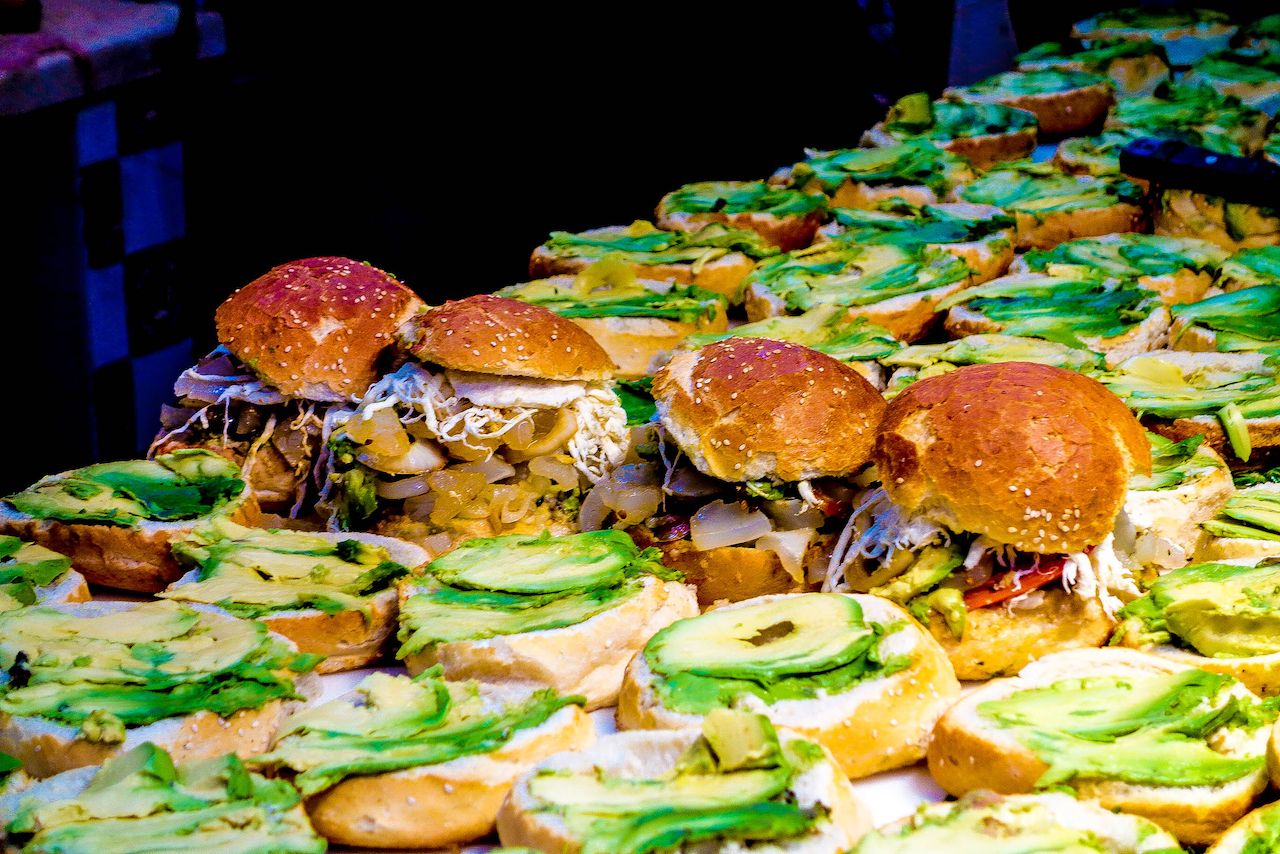 This breaded chicken torta, also known as a chicken milanesa sandwich, originated in Puebla, Mexico. The breaded and fried chicken is typically topped with Oaxacan cheese or queso blanco, avocado, and chipotle peppers. The name cemita refers to the type of sesame-crusted bread on which it’s served. The fillings are seasoned with pápalo, an herb similar to the cilantro that also sometimes appears in salsa. 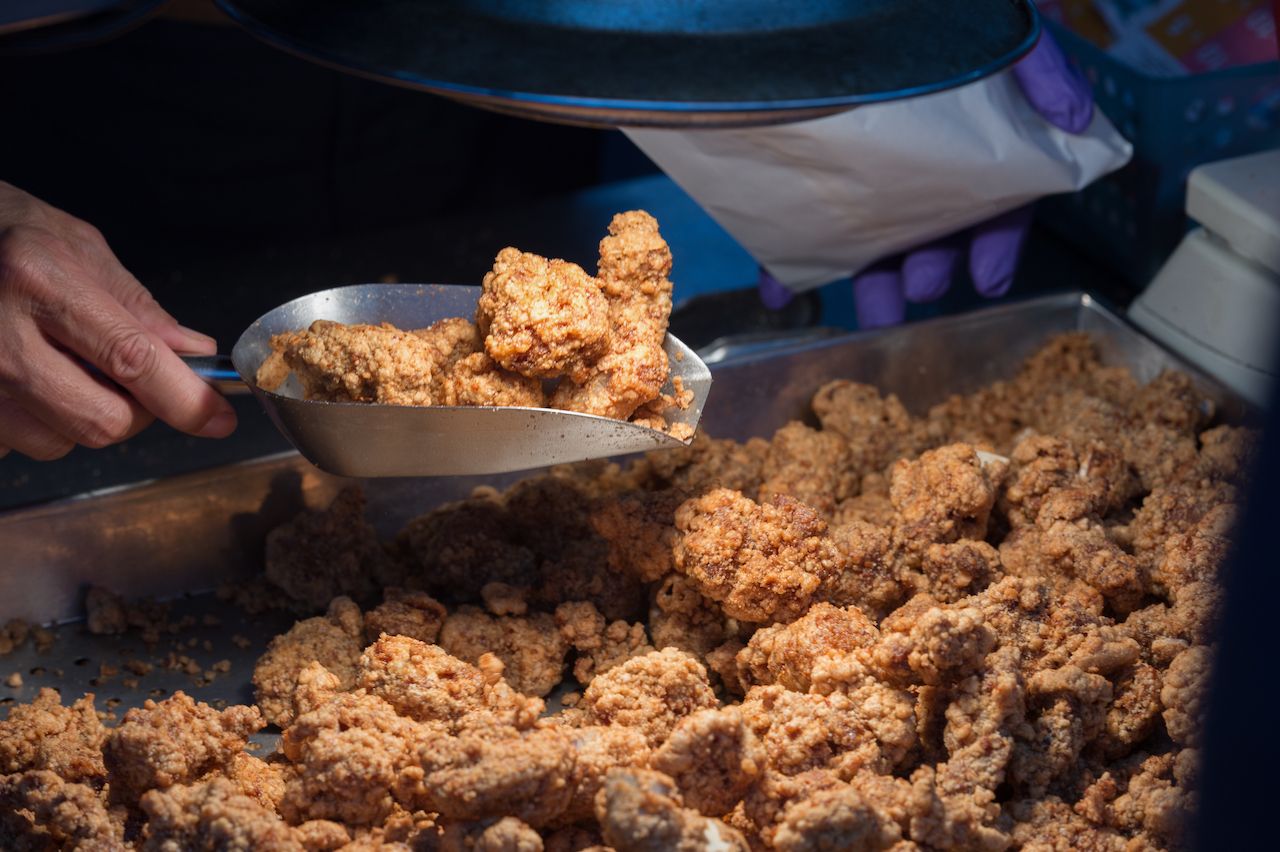 Also known as yansu ji (salted crispy chicken), Taiwanese popcorn chicken gets its intense flavor from a marinade of garlic, ginger, soy sauce, and white pepper. Unlike karaage and American chicken nuggets, yansu ji typically isn’t served with any dipping sauces. Popcorn chicken is a popular street food and is served at boba tea cafes in Taiwan. It’s often served with a garnish of basil leaves. 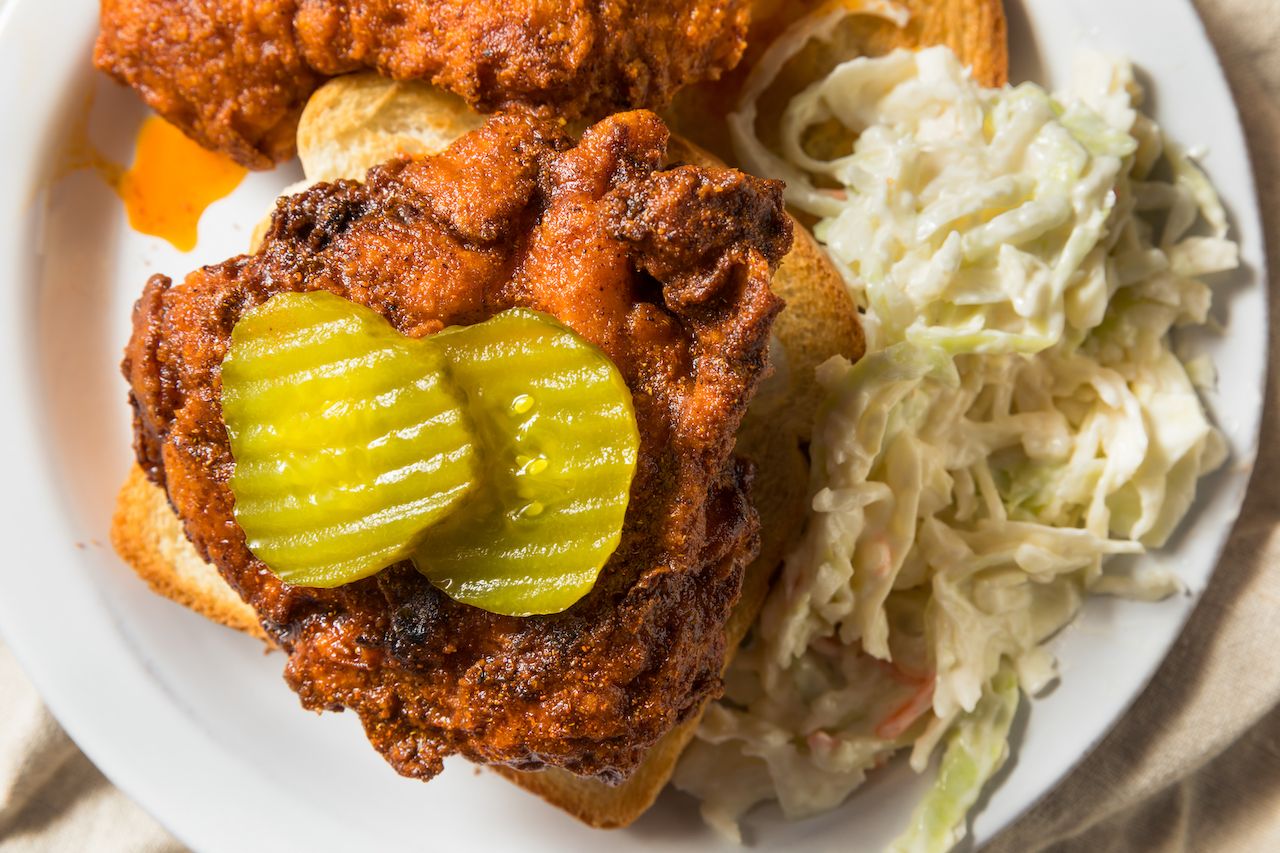 Hot chicken might have originated in Nashville, Tennessee, but in recent years its popularity has exploded across the country. Now, fried chicken enthusiasts from Columbus to Los Angeles can get their hands on it. The recipe is simple but satisfying: Nashville hot chicken is marinated in buttermilk, deep-fried, and then coated in spice paste made from lard and cayenne pepper.

According to local legend, a man named Thorton Prince came home drunk to his wife one night. She decided to get revenge by coating his fried chicken dinner in hot sauce, but he loved her invention and decided to poach the recipe. In 1936, he opened the BBQ Chicken Shack, which eventually became Prince’s Hot Chicken — named the best restaurant in Tennessee by the state House of Representatives in 1996. Today, the dish remains one of the most sought after in the city; the Nashville Hot Chicken Festival, established in 2007, celebrates all things spicy and fried. 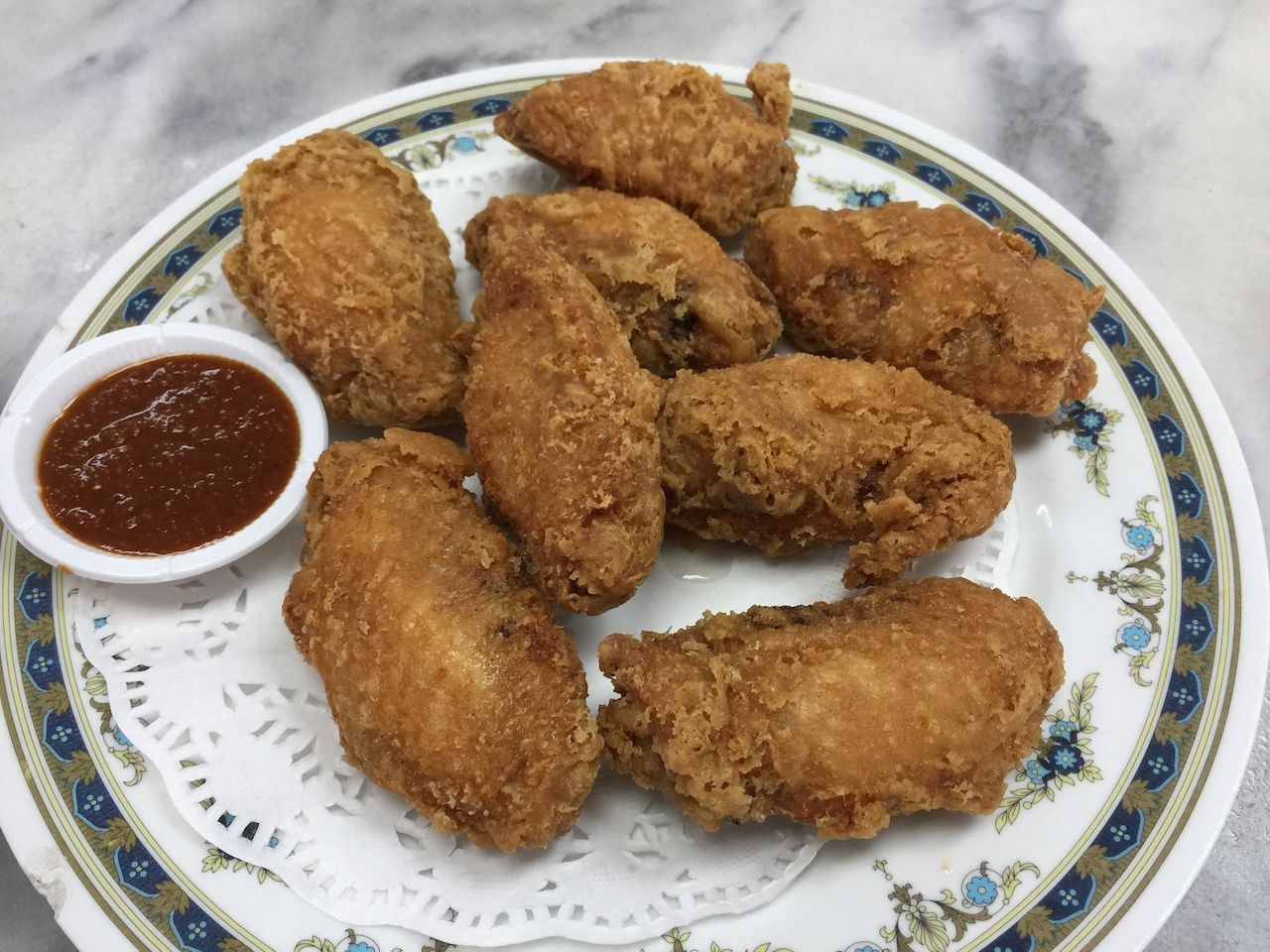 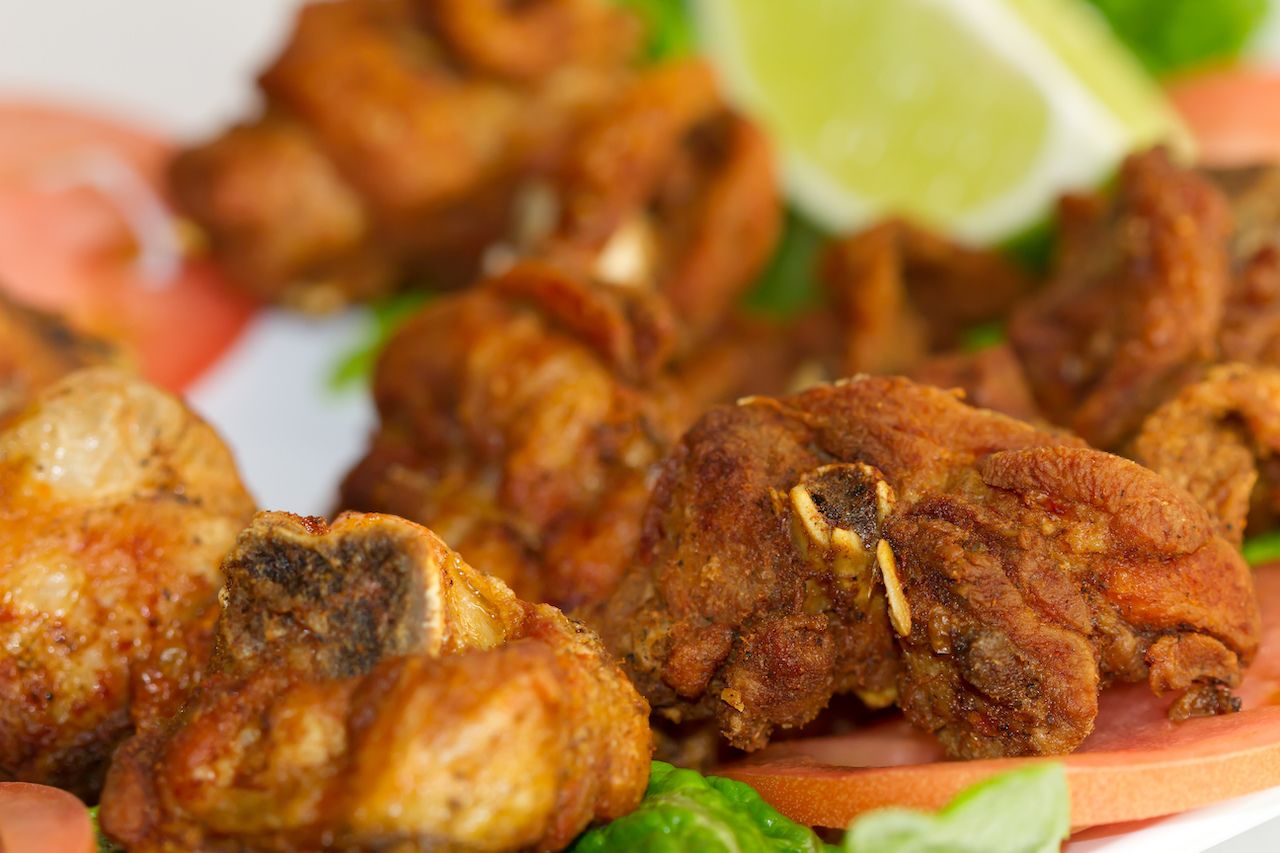 This Puerto Rican dish, which is also popular in Cuba and the Dominican Republic, involves marinating bit-size pieces of chicken thigh in a mix of rum, lime juice, garlic, oregano, and peppers (though the marinade may change depending on where you are and who you ask), then frying until crispy. The name of the dish, chicharron, refers to crispy pork rinds, so it’s all about achieving just the right crunch. Chicharron de pollo is often sold at roadside vendors or on the beach (called fonda in the Dominican Republic), and it’s often served with a side of tostones (fried plantain chips). 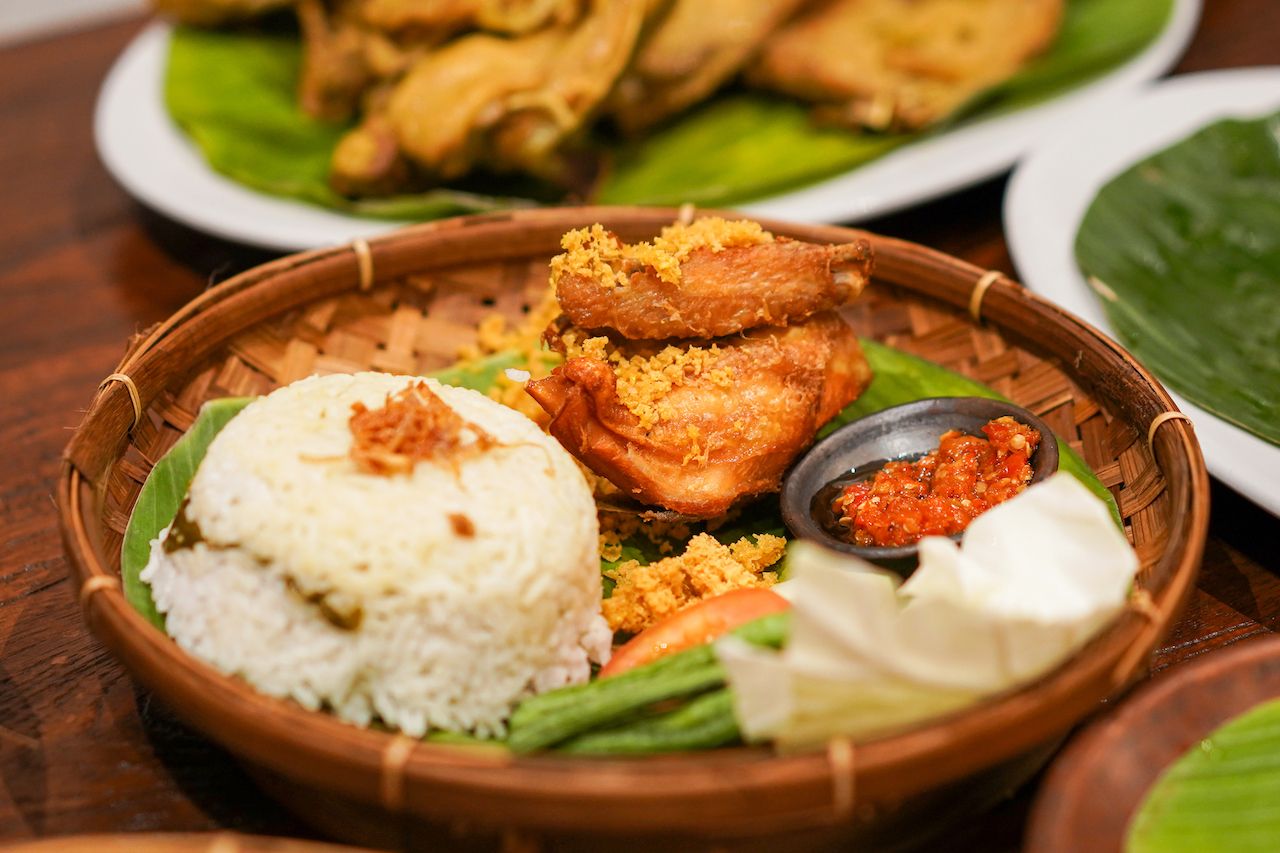 This Indonesian and Malaysian dish literally translates to “fried chicken,” but there’s no batter used in ayam goreng. Instead, the chicken is coated in a yellow spice rub called bumbu, consisting of turmeric, shallots, garlic, and chili paste. First, the chicken is marinated in the spices, then it’s deep-fried in coconut or palm oil. A Javanese variety, called ayam penyet, is smashed with a pestle to make it softer and served with sambal and sliced cucumber.

Food + DrinkWhat It’s Like To Eat Raw Chicken Sashimi in Tokyo
Tagged
Food + Drink
What did you think of this story?
Meh
Good
Awesome