Every year since 1985, at least one lucky city in the European Union has been crowned European Capital of Culture. Iconic destinations like Athens, Berlin, Paris, and Florence were all chosen within the first few years. But rather than return to these old favorites again and again, in recent years the EU has chosen to shine a light on cities that are often overlooked, but have just as much to offer.

Chosen Capitals of Culture put together a year-long calendar of cultural and artistic events showcasing the talents of local and international artists. The goal is to celebrate each city’s cultural heritage, pave the way for a culture-rich future, strengthen the sense of community, and generally put it on the map for international visitors.

One of the two cities chosen in 2020 is Galway, Ireland (the other one is Rijeka, Croatia). 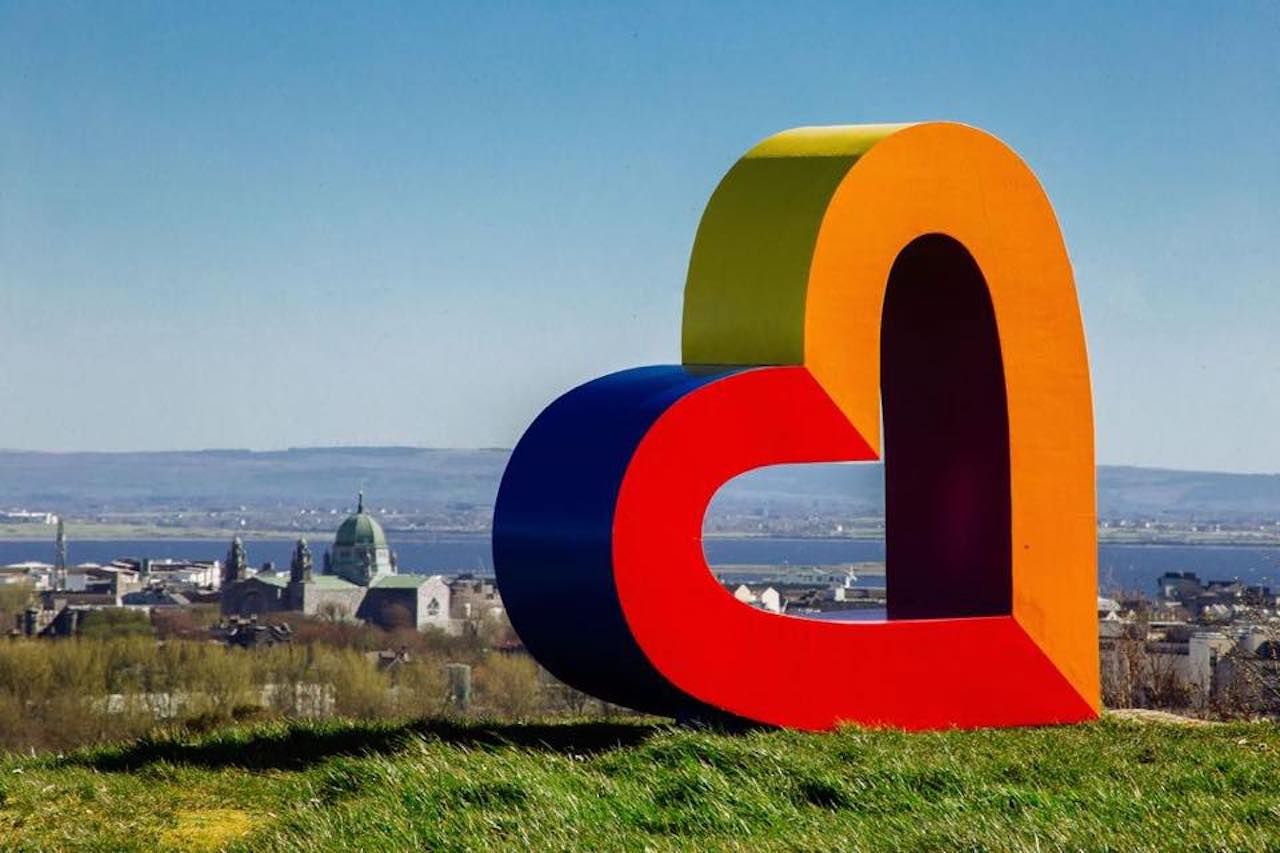 Located right in the middle of Ireland’s west coast, Galway is already a popular destination. It’s the midpoint of the Wild Atlantic Way, the coastal route that runs all along Ireland’s Atlantic coast. It’s a convenient base for exploring the Cliffs of Moher, Ireland’s top natural landmark. And the Aran Islands, home to traditional Gaelic communities, are a short boat ride away.

Many visitors, however, don’t hang around long enough to really see how much of a cultural hotspot Galway is. It’s Ireland’s only bilingual city since it falls within a Gaeltacht (Irish-speaking) area. For centuries it has been considered Ireland’s cultural heart, with sounds of traditional music weaving through the medieval streets day and night. Nowadays 24 percent of its population was born outside of Ireland, adding some welcome and much-celebrated diversity to the city. 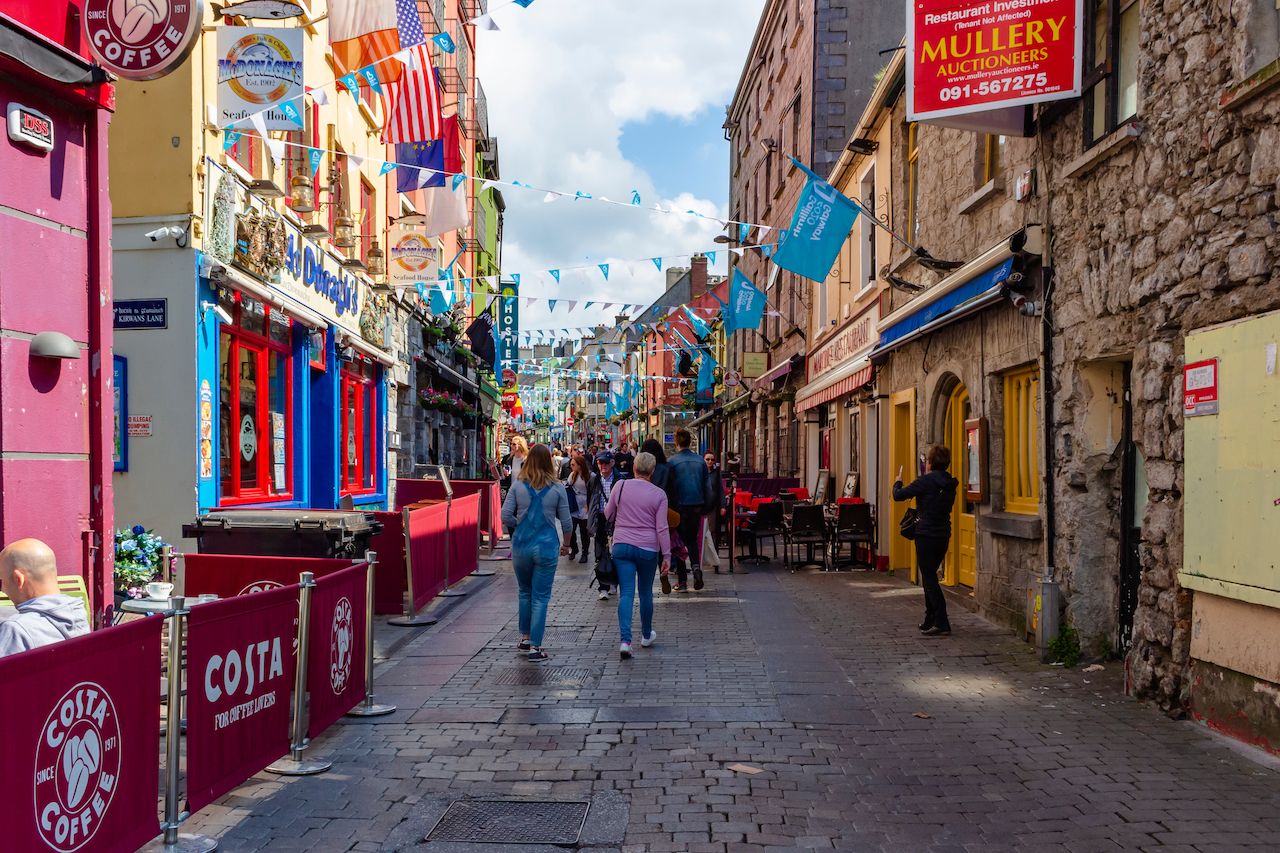 The calendar of events to take place in Galway this year kicked off in February, but unfortunately, organizers were forced to cancel the opening ceremony due to the winter storm Ciara. With the stormy weather blown over, events across Galway are now in full swing.

The year’s cultural schedule has been organized according to the ancient Celtic calendar and its festivals: Imbolc, Bealtaine, Lughnasa, and Samhain. Imbolc marks the dawn of spring; Bealtaine celebrates the summer solstice; Lughnasa kicks off the harvest season, and Samhain brings it to an end while greeting winter.

There are also three broad themes which will be explored throughout the year’s events: Migration, Landscape, and Language.

“Migration” celebrates the diversity of cultures in Europe, using Galway, the city on the edge of the Atlantic, as its backdrop. “Landscape” encourages citizens to engage and be challenged by the rural and marine scenery of this corner of Europe. And “Language” promotes the diversity of languages in Europe and Galway, encouraging their use. 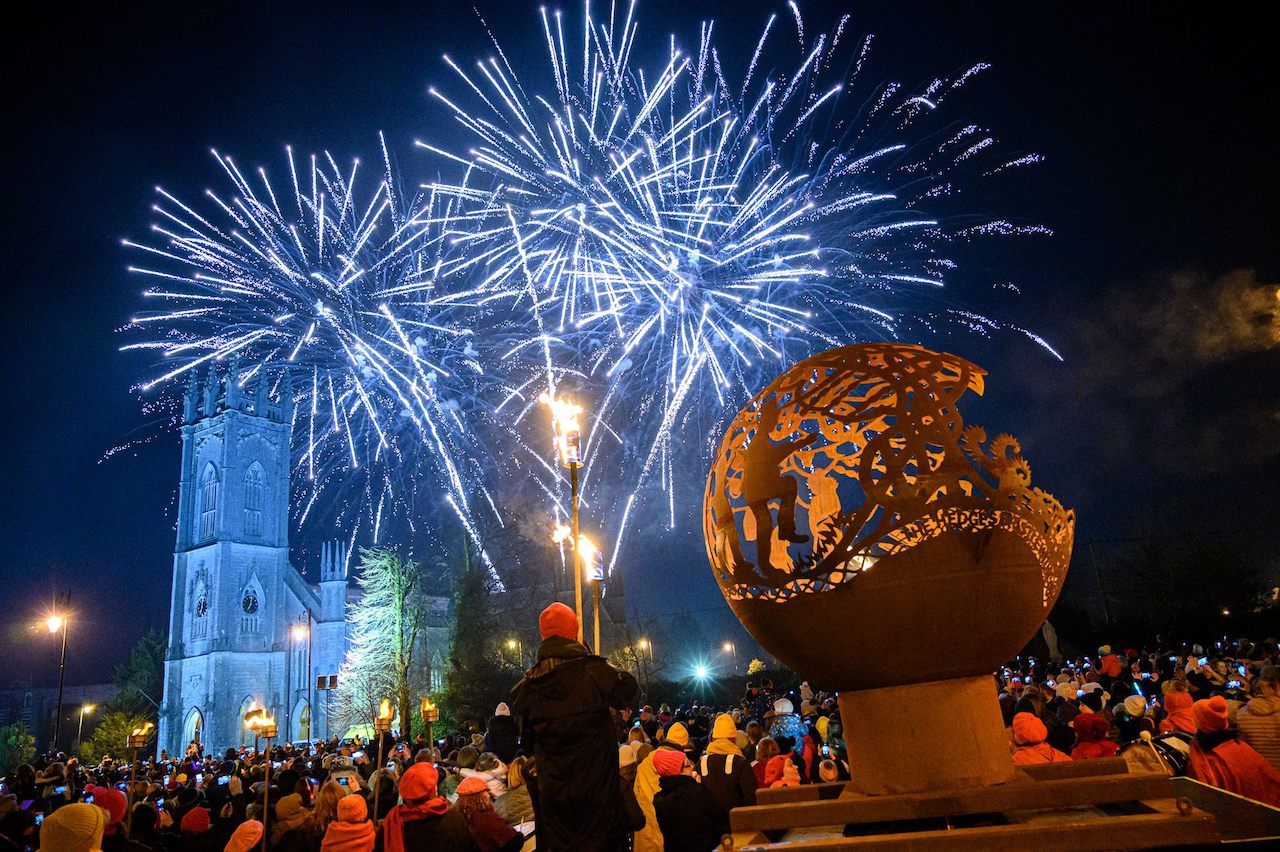 Most events are free or low cost, and take place all over Galway county as well as the city itself.

During Imbolc (February to May), events run from talks given by Siobhan McSweeney (the actress who plays Sister Michael in the hilarious Derry Girls) to group swims in the chilly Atlantic waters, spectacular light installations by Finnish artist Kari Kola, and much, much more.

Bealtaine (May to July) will be filled with classical music, theater, and art installations like the one by artist David Best and the Galway community. Together they will create a temporary monument to a world without borders, conflict, and the pain of division, a topic Ireland is all too familiar with.

Lughnasa (August to October) will have a lantern spectacle, dance workshops and performances, storytelling events, and theater such as a performed reading of excerpts of Homer’s Odyssey on the beaches of the city.

During Samhain (November to January), Galway will celebrate the Celtic roots of Halloween with fire performances, and will have light installations brighten up the city, among many other events.

Throughout the year, a calendar highlight is sure to be “Comhaltas Ceili at the Crossroads.” Comhaltas is an international, nonprofit organization that nurtures Ireland’s cultural traditions across the globe. Ceili at the Crossroads will bring a celebration of traditional Irish music, as well as Irish dancing and the Irish language, to towns and villages across County Galway.

Beyond Capital of Culture activities, Galway still stands on its own as a hub for the artistic community. Every year the city hosts the Galway Film Fleadh and the Galway International Arts Festival, both of which happen in July this year.

Any time of year, a dose of Irish culture in Galway is only as far away as the nearest pub. Open any pub’s door and you’ll likely be greeted with traditional music, a cúpla focail (a “few words”) of Irish, and even some Irish dancing.

Music + Nightlife9 Places To Catch Incredible Live Music in Ireland
Tagged
Culture
What did you think of this story?
Meh
Good
Awesome