Handcrafted items have long been produced in Germany. Skilled artisans create wares such as musical instruments, figurines, fashion, jewelry, and of course food and drink (think beer and wine). The “Made in Germany” label still carries weight today, and to travel across the country is to discover small workshops and family-run ateliers as well as sprawling factory complexes and world-renowned businesses that have been operating for a century or more.

Come hungry, thirsty, and with room in your suitcase for souvenirs, because you’ll want to sample all of these handmade goodies on your trip to Germany.

1. The magic of Moravian Stars in Saxony 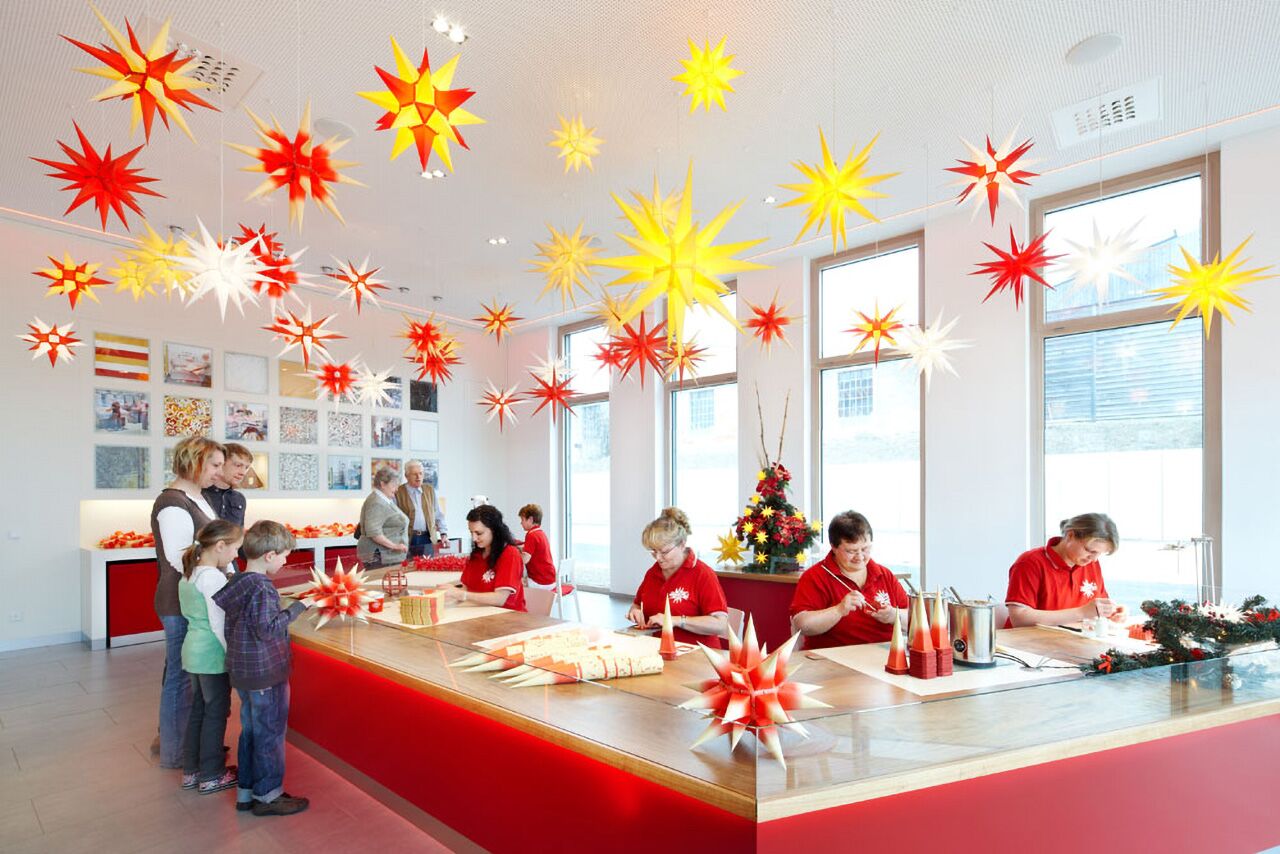 The town of Herrnhut in Saxony was founded by Count Nikolaus Ludwig von Zinzendorf and Protestant refugees from Moravia — which explains the English translation of the name: “under the care of the Lord” or “care for the Lord.” They went on to become the most successful of all Protestant missionaries, traveling to places as far away as Greenland and Guyana and founding settlements in Pennsylvania. Their children stayed behind and were taught in local boarding schools.

To comfort the children — and as an exercise in geometry — a mathematics teacher showed them how to make Christmas stars. This practice developed into a tradition that continues today, albeit based on a 19th-century technique developed by Dutch-born Pieter Hendrik Verbeek, whereby the stars can be disassembled and shipped easily via a metal frame that holds the pointed paper elements together. Visitors to the town can tour the original factory and learn about the history of these curious Moravian Stars, see how they’re made, and even try their hands at crafting their own. 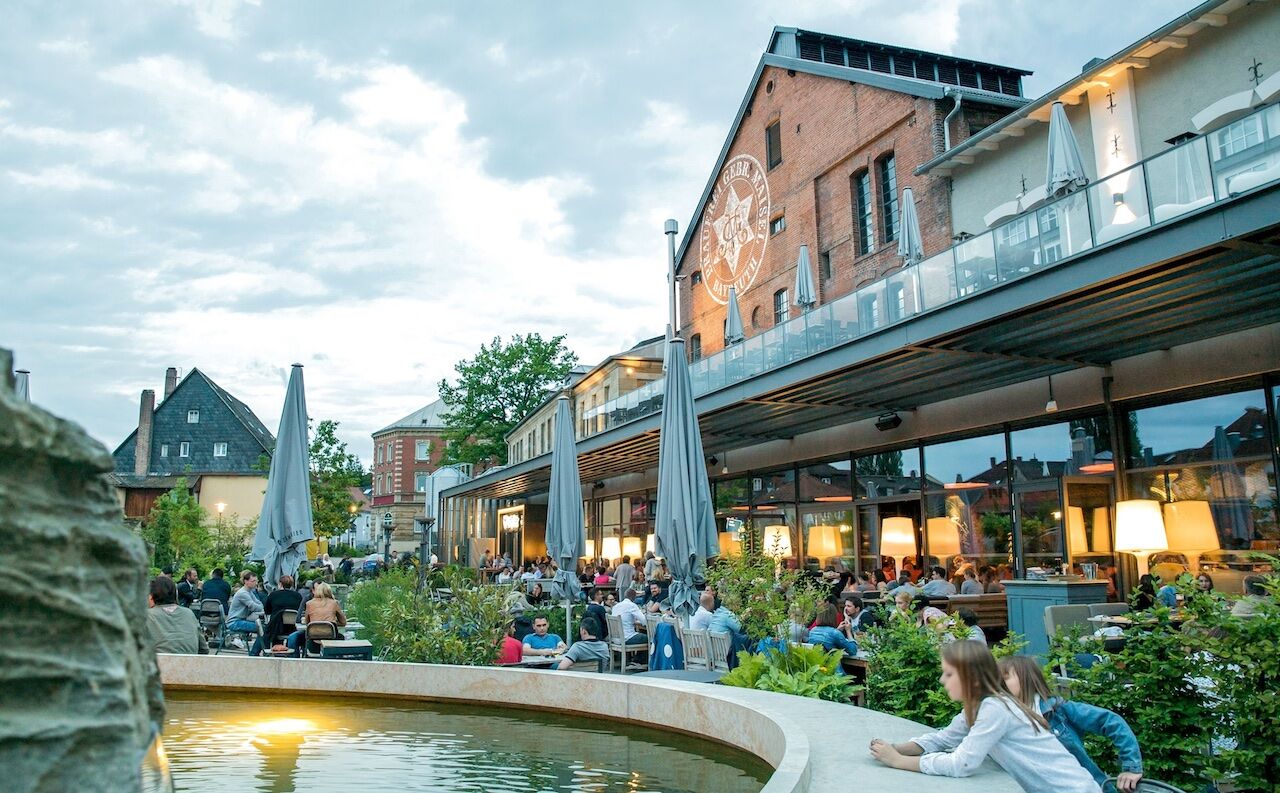 Bayreuth is often held up as Franconia’s main metropolis of culture and indulgence. But its allure extends beyond the vibrant cultural life to a culinary scene that celebrates regional produce, artisanship, and sustainability. The region has an inordinate number of bakeries, confectioneries (pralines and marzipan are specialties), butchers, and breweries (around 200 produce more than 1,000 types of beer), many of which are family run. Look for the “Original Regional” label, an independent mark of quality for the area.

For an insight into Franconian brewing, visit Maisel’s Bier-Erlebnis-Welt (Maisel’s Beer World), whose massive venue includes a brewing lab where you can experience the craft-brewing process — from malt mill and brewhouse to the fermenting cellar and wood-barrel aging. Guests can also check out the historic museum — one of the most extensive beer museums in the world — plus the neighboring restaurant and beer garden. 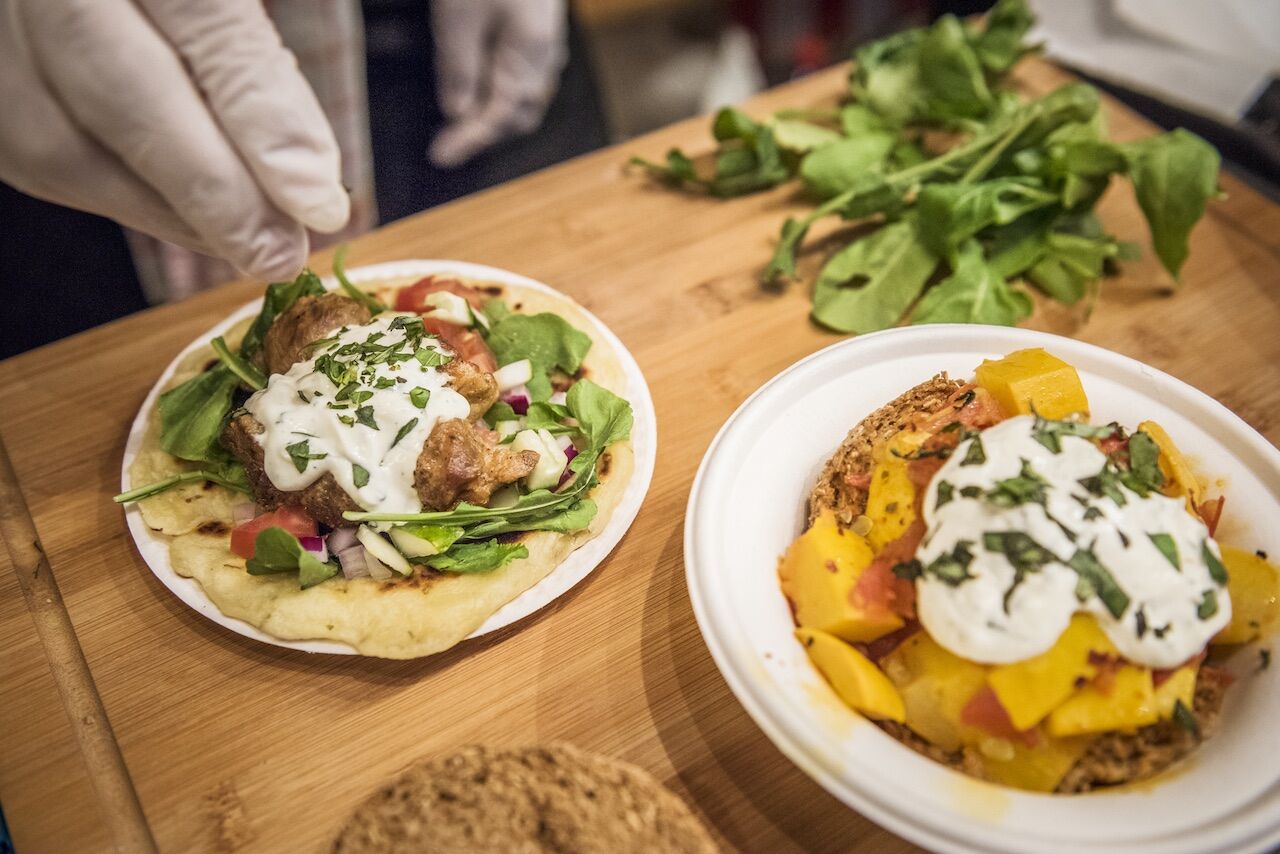 Germany’s capital features a dazzling range of dining options and impresses with multicultural street food spots and pop-ups, well-heeled Michelin-starred dining experiences, and everything in between. One of the best places to enjoy the city’s ever-evolving street food culture is Kreuzberg’s Markthalle Neun, a 19th-century market hall transformed in 2011 into a local market selling regional and German products (seafood from the Baltic coast, for example, as well as local beers and meat products), accompanied by stalls hawking delicious ethno-cuisine treats from Italy and India, Mexico and Sri Lanka.

Over in Moabit, the equally historic Arminius Markthalle has also picked up on the trend. Here you’ll find traditional Fischbroetchen and deli goods alongside Anatolian-Mediterranean delicacies, British-style fish and chips, and pulled pork and beef brisket from the Pignut BBQ. 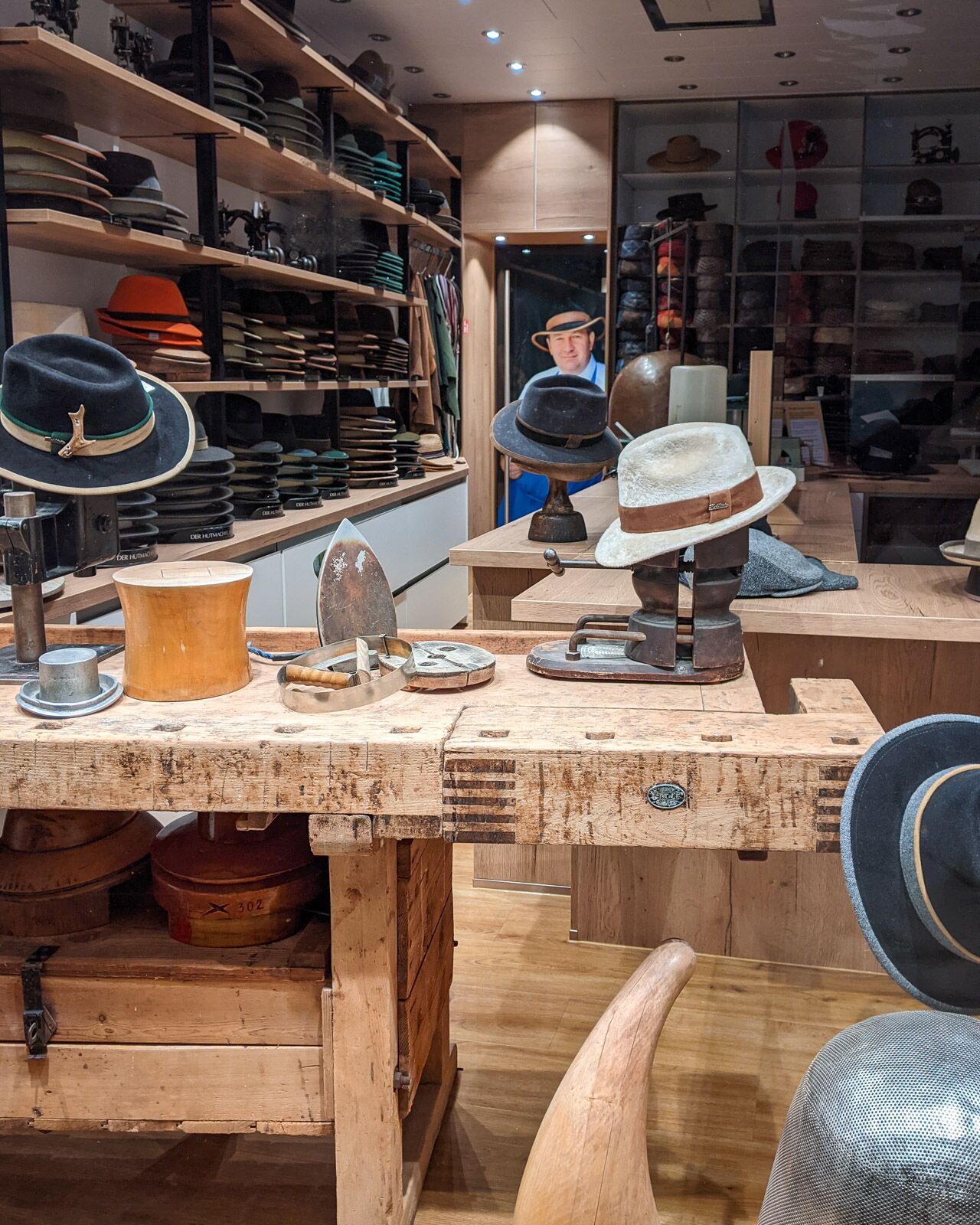 Regensburg — famously described as “one of the most beautiful cities in the world” by renowned architect Sir Norman Foster — was founded by the Romans back in 179 AD. In the long centuries since, numerous skilled trades have been preserved, which now sit alongside new and more recently established crafts. Wandering the city’s enduring cobbled streets, you’ll find an abundance of shops with craftsmanship on display, including those selling handmade violins, hand-dipped candles, and artfully crafted jewelry.

An especially notable example is the local milliner, Hutkoenig (hat king), who has made hats for illustrious figures from Queen Elizabeth II to Pope Benedict XVI. You’ll also find artisanal food products, including many at the Wurst & Bier store. And if you want to go deeper into the world of handicrafts, check out the dedicated walking tour via the local tourist board, during which participants get the opportunity to brew their own beer, try their hand at producing their own sausages, or take a pottery course. 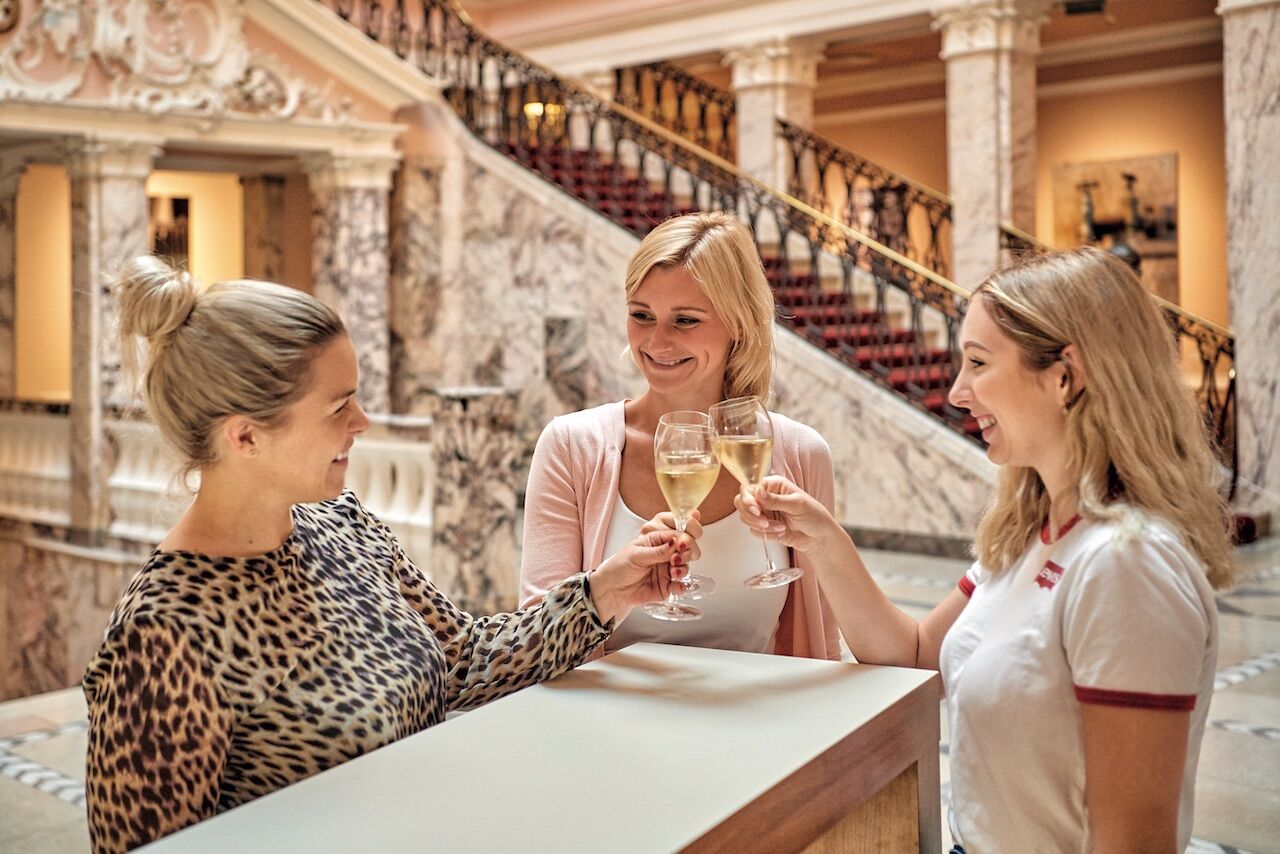 Wine aficionados are in for a sparkling treat in Wiesbaden. Henkell Freixenet, one of the world’s leading producers of the bubbly drink, has been operating in the city since 1909 and today exports its products to more than 150 countries. The company offers sekt, cava, prosecco, champagne, and crémant in addition to wines and spirits, including sub-brands such as Mionetto Prosecco, Fürst von Metternich, Mía, Mederaño, i heart WINES, Mangaroca Batida de Côco, and Wodka Gorbatschow.

Established after the Mainz wine merchant Adam Henkell discovered the fine art of champagne-making in France and found a way to successfully manage the “marriage” of cuvée and German cellar-mastery, Henkell Freixenet began selling sparkling wine as early as 1856. The company’s original building, dating from 1832, can be visited today, and guests can take a guided tour to see the grand cellar and magnificent marble hall (which now hosts glittering balls and cultural events), and, of course, taste some of the delicious products. 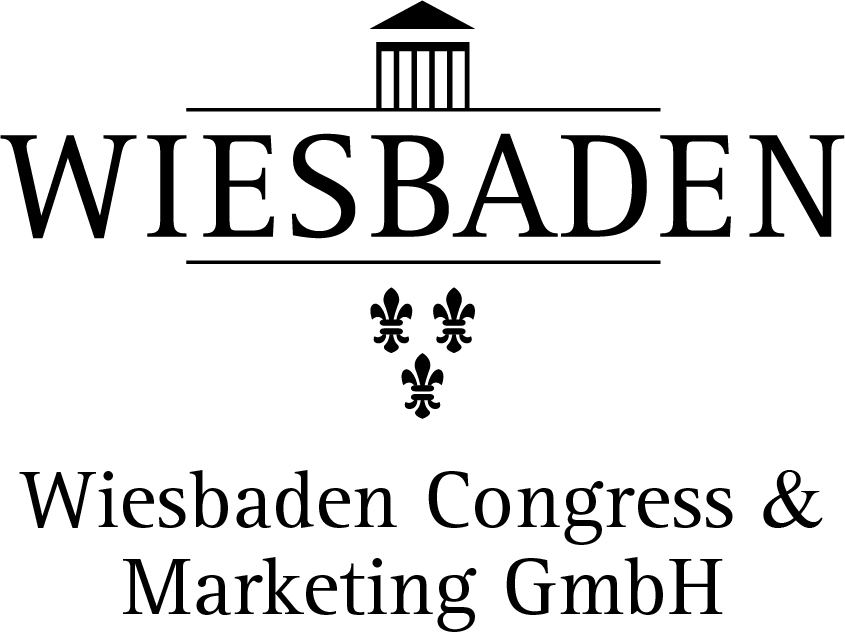 We’re only scratching the surface of German craft on this page, of course. For more, peruse the listings from the German National Tourist Board.

This post is proudly produced in partnership with the German National Tourist Board.
Tagged
Culture Germany
What did you think of this story?
Meh
Good
Awesome