In Germany, traveling “back in time” is practically a given. No corner of the country is devoid of history — modern, medieval, or ancient — periods and eras overlapping in one swift panorama.

Of course, certain regions lend themselves to certain stories: Do you want to unfurl the pages of the Roman era? Baroque? Or perhaps you want to go way back to the Stone Age? Take a look at the routes below, itineraries spanning some 7,000 years, and find the world you want to explore. 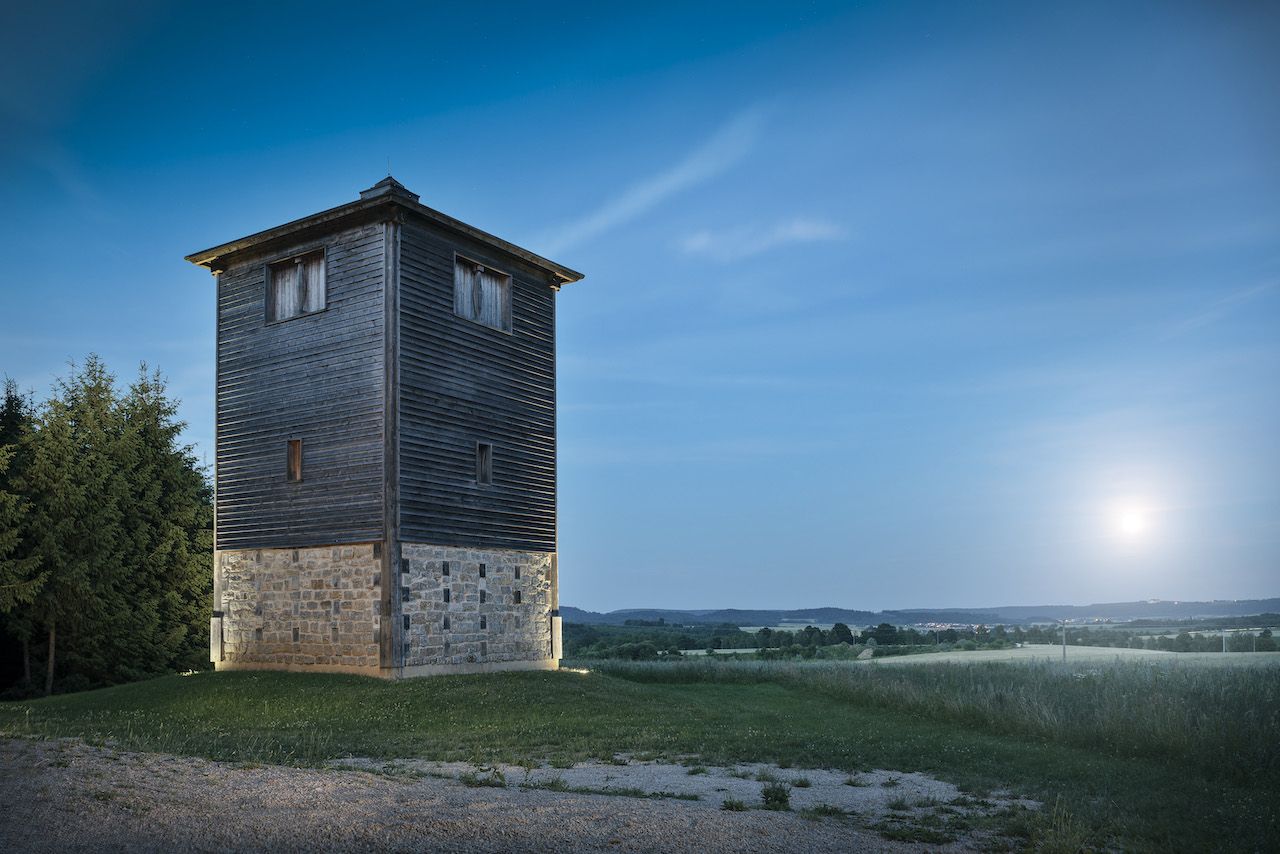 Running through Rhineland-Palatinate, Hesse, Baden-Württemberg, and Bavaria, this spectacular 350-mile route — accessible by car or via bike path — is an incredible way to experience Germany’s memorable countryside. Beyond the age-old towns and villages, the endless rolling landscapes and beautiful views, the route was explicitly founded to provide a look into the country’s ancient Roman sites. “Limes” means “paths” in Latin, eventually taking on the meaning of “borders.” This route follows the northern, fortified edges of the Roman Empire, and is essentially the German length of Hadrian’s Wall.

As such, it links no fewer than 80 towns and a string of related monuments and museums dating from Roman times. There are hundreds of sentry posts, 120 fort sites (most founded around 100 CE), plus baths, towers, and parts of fortifications, like ramparts, ditches, walls, and palisades — some of which have been reconstructed, some of which are original. 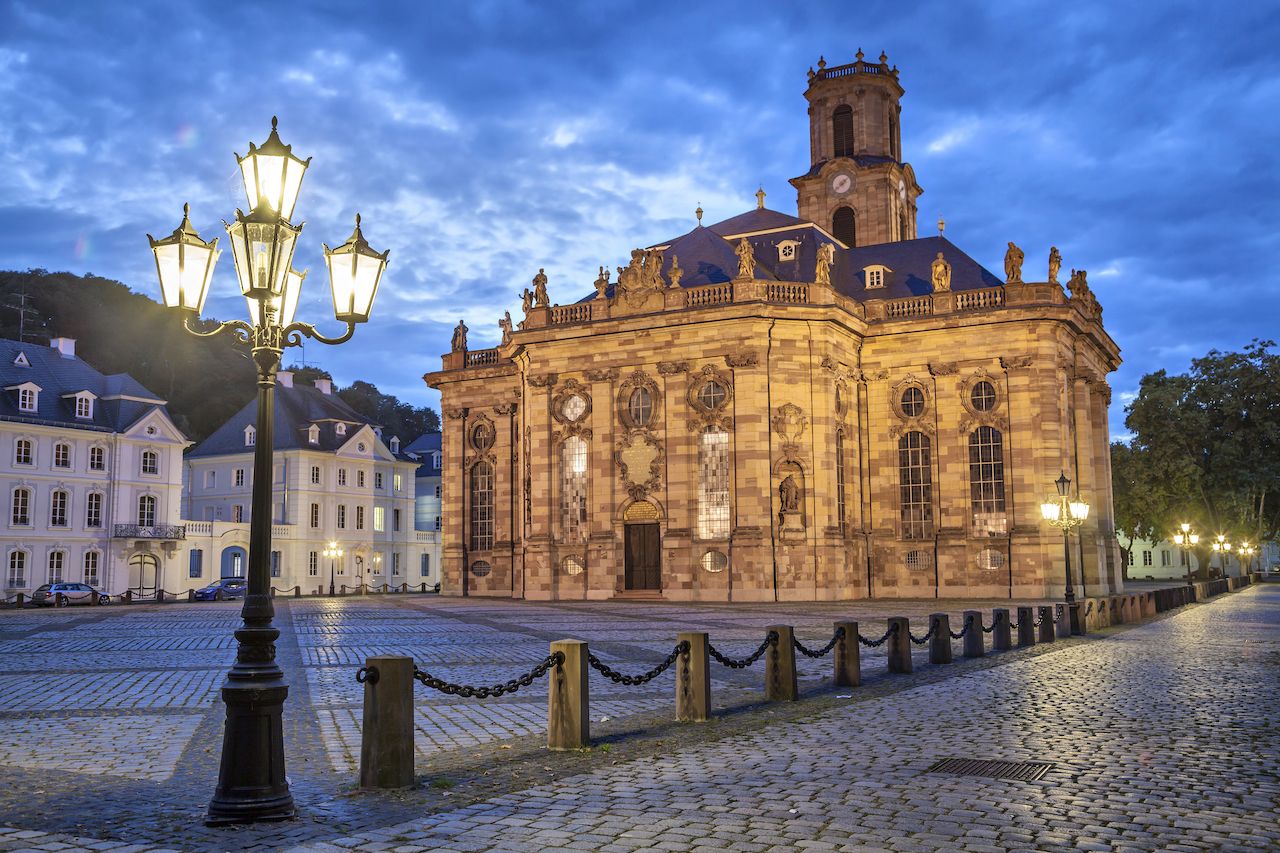 Although the Baroque period began in Italy in the late 16th century, it arrived in Germany somewhat later in the 18th, where it gave rise to some magnificent artworks in the shape of gardens, stately homes, churches, and palaces.

This 62-mile route strings together several towns that possess some of the most striking examples of Baroque architecture in the country, such as the former royal seats of Saarbrücken, Blieskastel, Zweibrücken, and Ottweiler. Saarbrücken alone has a slew of sites, including the famous Baroque Hall of the Huguenot Church and the Watchmaker’s House, one of the youngest Baroque buildings on the route, dating from the 19th century. Other highlights are Ottweiler’s Rose Garden, the Witwen Palace in Eutin, the ruins of Castle Karlsberg — near Homburg — and Blieskastel’s impressive Schlosskirche, or “castle church.” 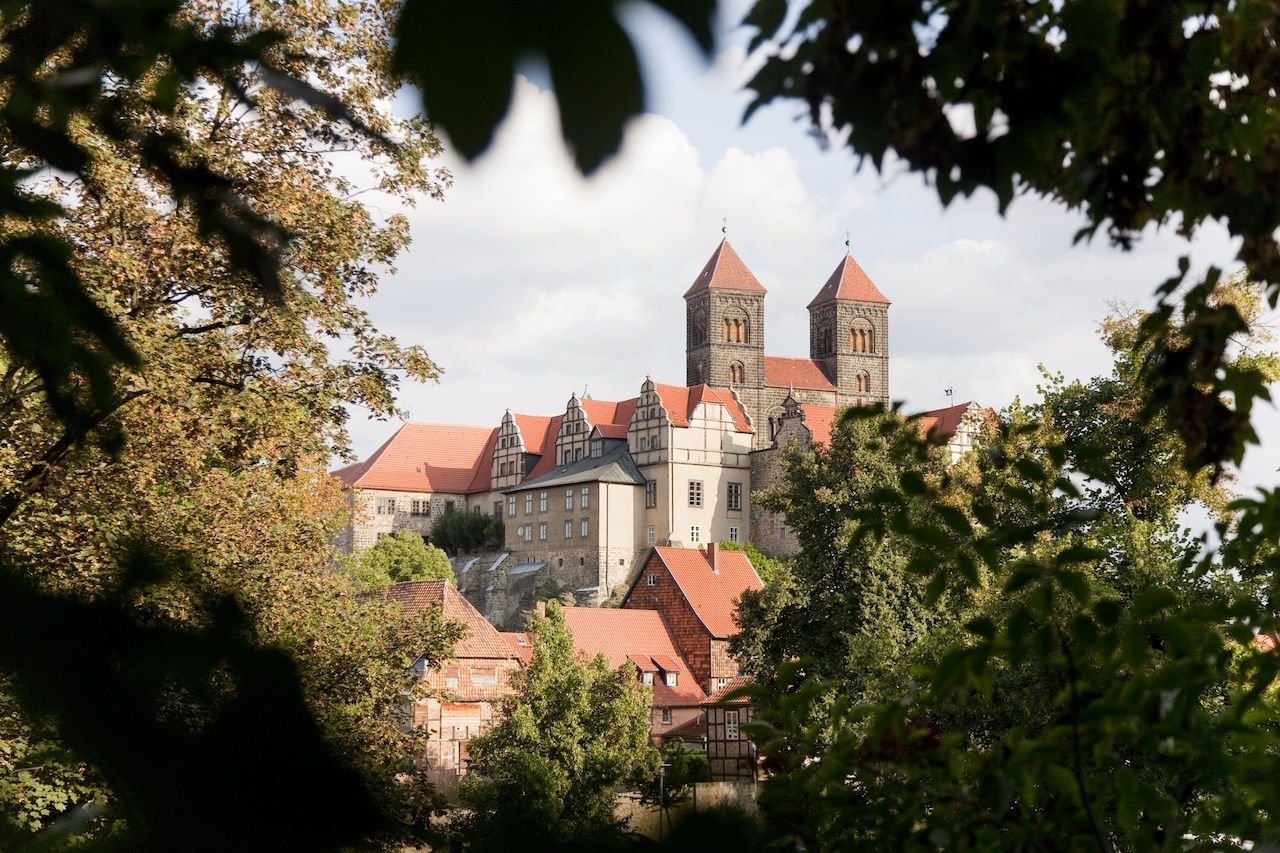 Since 2007, the Romanesque Route has been part of the TRANSROMANICA, a European cultural route connecting Romanesque structures — the oldest of which date to the late 10th century — in Germany with those across eight other countries.

The German section traces the footsteps of Otto the Great, founder of the Holy Roman Empire, exploring the areas around the Harz highland region and the River Elbe for some 750 miles. Spanning dozens of towns and some 90 buildings, it spotlights an array of fortresses, palaces, cathedrals, and monasteries — notable among the list are the cathedral treasures of Halberstadt, Merseburg, Naumburg, the Collegiate Church in Quedlinburg, and Magdeburg Cathedral, which contains the tombs of Otto the Great and his first wife, Edith. 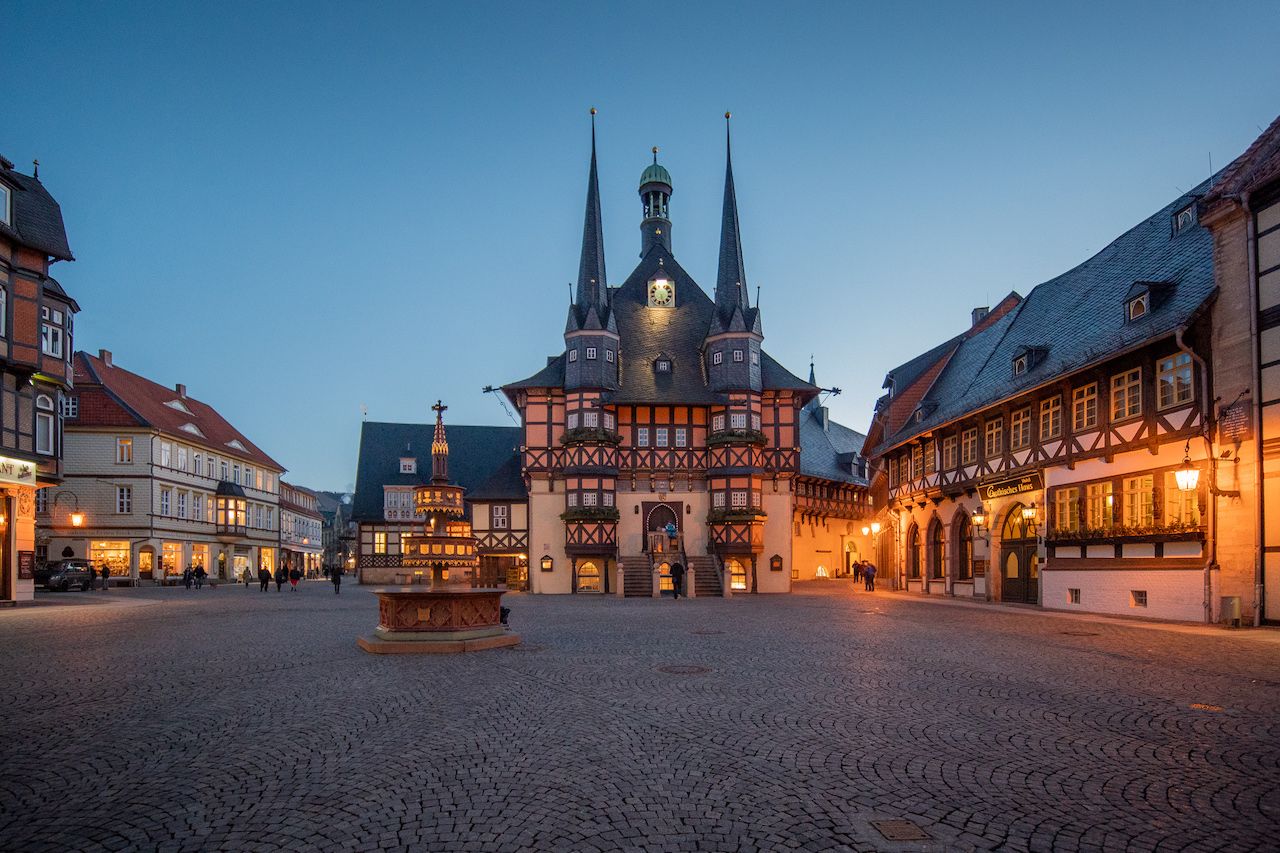 Founded in 1990, this route runs for nearly 2,000 miles through a string of some 100 fairytale towns that showcase various styles of medieval half-timbered buildings. The highlights are endless, but not to be missed are impossibly charming cities like Konstanz and Lindau, Meersburg and Bad Urach, Esslingen and Wernigerode. Esslingen is thought to have the oldest row of half-timbered houses in the country, built around 1330. All in all, the country has 2.5 million of these structures still standing, several centuries after they were first erected.

As well as incredible half-timbered houses (Fachwerk), visitors can also find spa resorts, nature parks, vineyards, and museums, as well as a range of other architectural styles — Baroque, Renaissance — from across time and place. 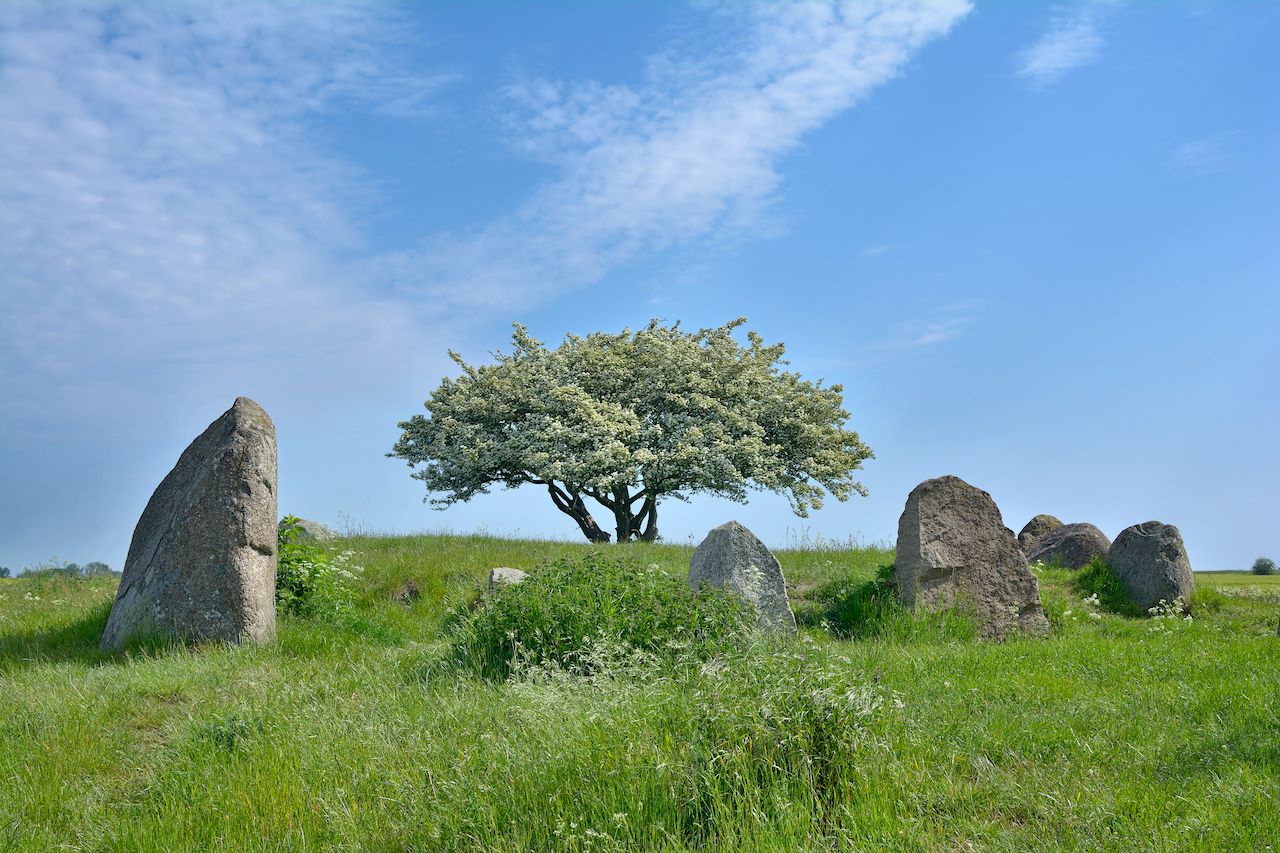 Finally, it’s time to go way back. The unique, 205-mile Route of Megalithic Culture was launched in 2006 by a collective of archaeologists, astronomers, historians, and tourism experts, and that right there tells you a lot. It aims to promote, preserve, and provide visitors a deep dive into Megalithic culture across Germany. Megalithic means Stone Age, and it’s called “Stone” Age for a reason.

Winding its way across Germany’s northwest, the route links places of archaeological interest with an emphasis on the 5,000-year-old Hünengräber — Megalithic graves — dotted all around the regions of Osnabrücker Land, Emsland, and Wildeshausen Geest.

One notable stop is the Karlsteine, a rock grave associated with Karl, King of the Franks, which contains a Neolithic passage grave from the fourth millennium BCE, as well as burial sites from the Funnelbeaker culture. The route also brings together museums, educational institutions, and charities to foster cross-border collaborations, and there’s even a 129-mile hiking trail (the Hünenweg). You want ancient history and a path to explore it? You got it.

This post is proudly produced in partnership with the German National Tourism Board.
Tagged
Museums Travel Germany
What did you think of this story?
Meh
Good
Awesome

4 Travel Itineraries for Sampling the Best Food in Germany

11 of the Best Airbnbs in Berlin