Football, so I hear, is quite entertaining, but if I’m going to sit outside for several hours watching from a safe distance as men careen into each other at high speeds for points, I’m going to need some sustenance. Preferably a tub of cheesy nachos or a juicy burger.

I’m not the only one who feels that football is best accompanied by a first-class meal. Just as much as fans are loyal to their teams, they are loyal to the indulgent, greasy, and thoroughly enjoyable food they get to eat while watching them. If you love football and you love to eat, you’ll probably love a job taste testing the best NFL stadium food in the country.

The sports betting site Pickswise is on the hunt for what it’s calling an “Official NFL Food Tester.” This person will get a $500 stipend, tickets to at least three games, and a generous food allowance (though travel isn’t covered, so your savings account better be full). The job responsibilities will put your desk job to shame.

“We want someone to go to games and eat the best signature dishes throughout the league to give us a verdict on which team does the best dishes,” the job description reads. 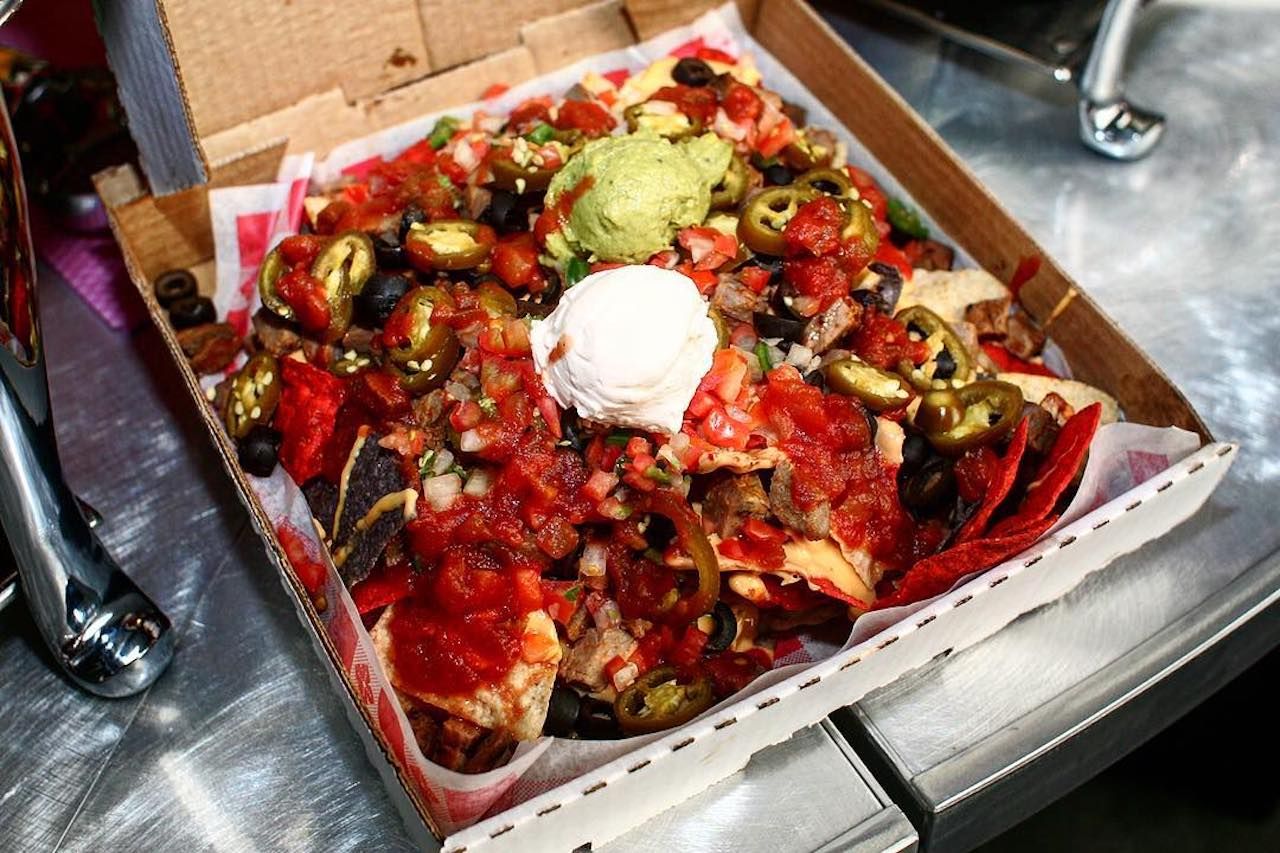 After each eating-extravaganza, you’ll be asked to rate each stadium based on the quality of your meals before finally picking which stadium takes the top spot. The job might be difficult: Football stadiums tend to have some creative food on hand, like fried peanut butter and jelly (Buffalo Bills), pizza nachos (Arizona Cardinals), and kimchi hot dogs (Cleveland Browns). Sounds like hard work, but for the good sports fans everywhere, someone has to do it.

There’s no traditional job application. Simply reply to Pickwise’s tweet about the competition with a photo of yourself eating your favorite game day treat — just make sure it’s creative enough to catch the Pickswise’s eye. You can submit your selfie until September 9; a winner will be announced on September 13. If you win, you might have to quit your day job (or at least take a long vacation) to travel the country on your own time, so anyone who isn’t a serious football fanatic need not apply.