Recently, we witnessed the stunning spectacle of hundreds of dolphins stampeding along the waters in Southern California. While the behavior is not unusual for these dolphins, it’s also not predictable. Migrating animals, on the other hand, rush up creeks, across rivers, over islands, and even up and down the globe in a beautiful, annual rhythm that is no less breathtaking a sight, but certainly easier to plan for. From now until the end of the year, the skies, land, and sea will bustle with the movement of every type of creature — from zebra to snake, crimson crab to arctic tern. Here are the most glorious. 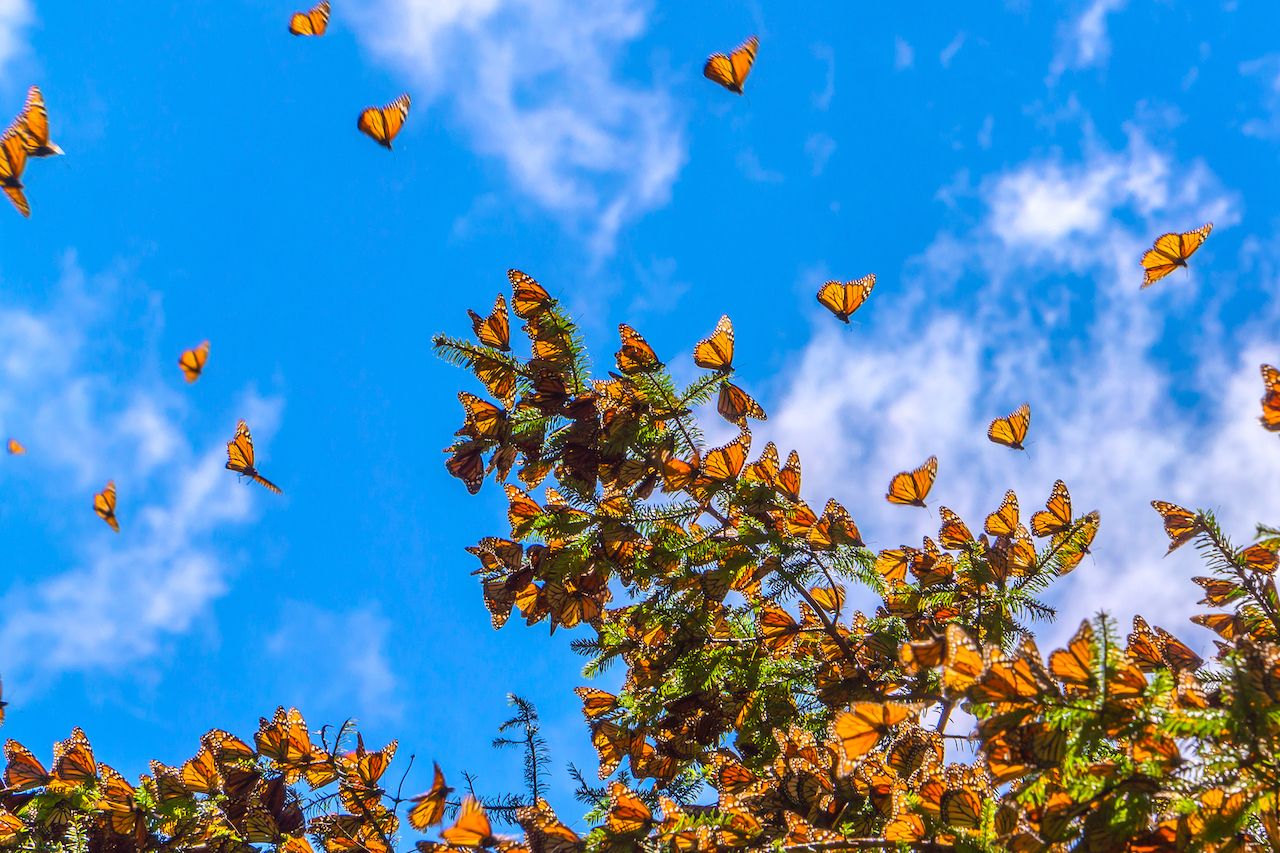 Monarch butterflies’ astounding migration across North America is known to us in images of trees in the Mexican state of Michoacan absolutely covered in butterflies beginning in November. But you don’t have to get to Mexico to see the fluttering orange wings of some of the many millions of these butterflies who make the annual journey, the only one of its kind among butterflies. From September to November, with your best bet in mid-October, you can see them fly over Texas, spotting them at way stations in Dallas, Fort Worth, Austin, and other locations. While the group is technically returning from Canada, no individual butterfly is doing so — since the whole cycle takes longer than an individual life. In fact, you could be seeing a butterfly’s great great grandchild returning home to Mexico. 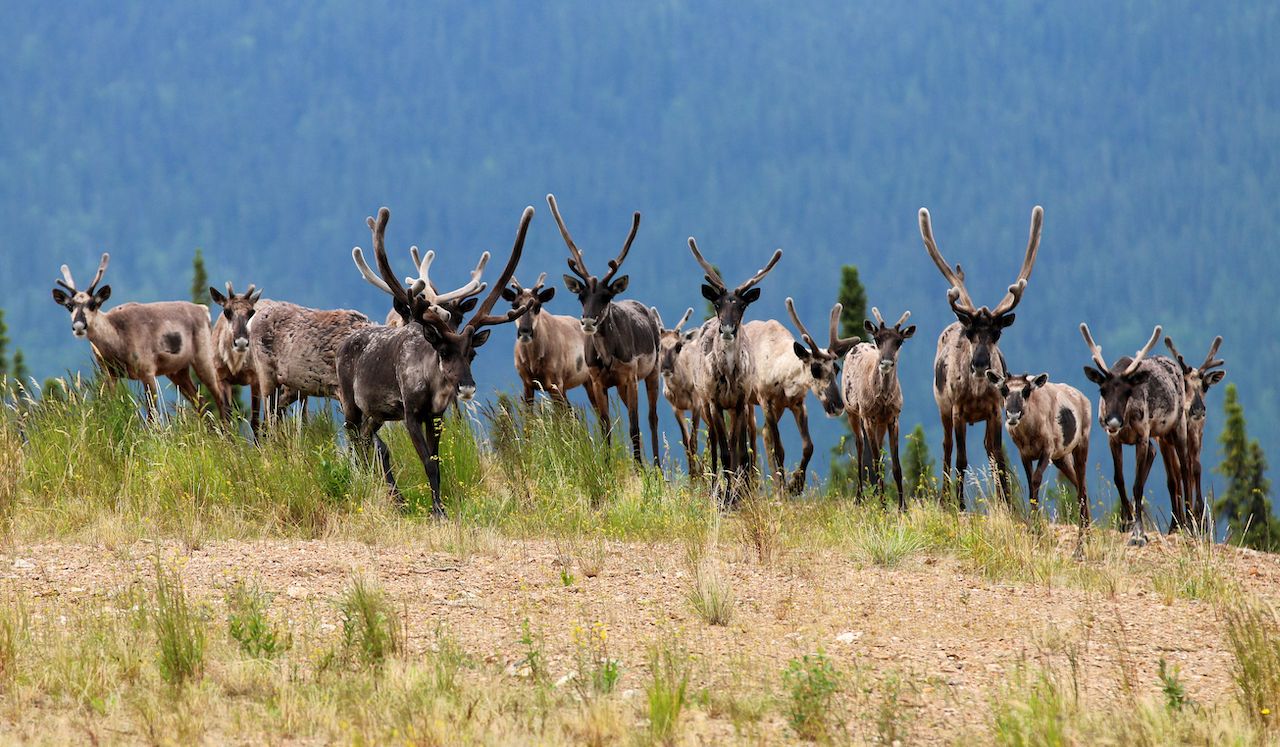 Caribou are known to make a longer migration than any other land-based mammal. Researchers have found that two herds of caribou travel between Canada and northeastern Alaska, traveling more than 800 miles a year. They summer on the not-quite-balmy Coastal Plains of northeast Alaska. Come fall, herds numbering in the tens of thousands, or more, work their way southward to areas like Brooks Mountains of the Yukon territories. While the migration is predictable every year, the exact route they will take is not, and getting to this remote part of the world is by no means easy, or cheap. 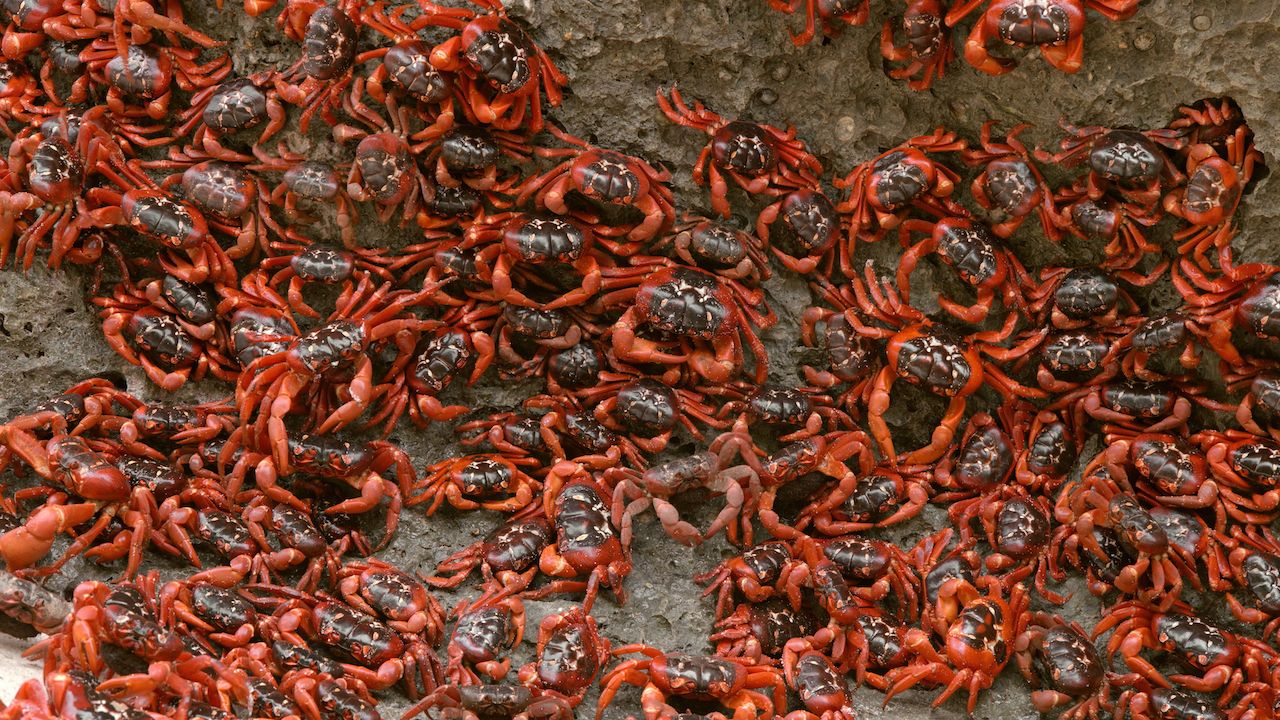 Christmas Island is a tiny Australian territory that’s actually a lot closer to Indonesia than to Australia. It’s home to about 2,200 people and over a dozen species of land-based crabs, among them more than a 100 million tiny red crabs that measure only four and a half inches across. October is spring in the southern hemisphere and the start of the wet season on Christmas island, when these crabs head out from their homes in the trees up to three miles to the shore to spawn. Then the newly hatched baby crabs make their way back from the coast into the forest. From October to December, you will see millions of these crabs everywhere, and occasionally you’ll see road closure as the brilliant crimson crabs travel en masse to their destination.

4. The Herculean journeys of spawning salmon 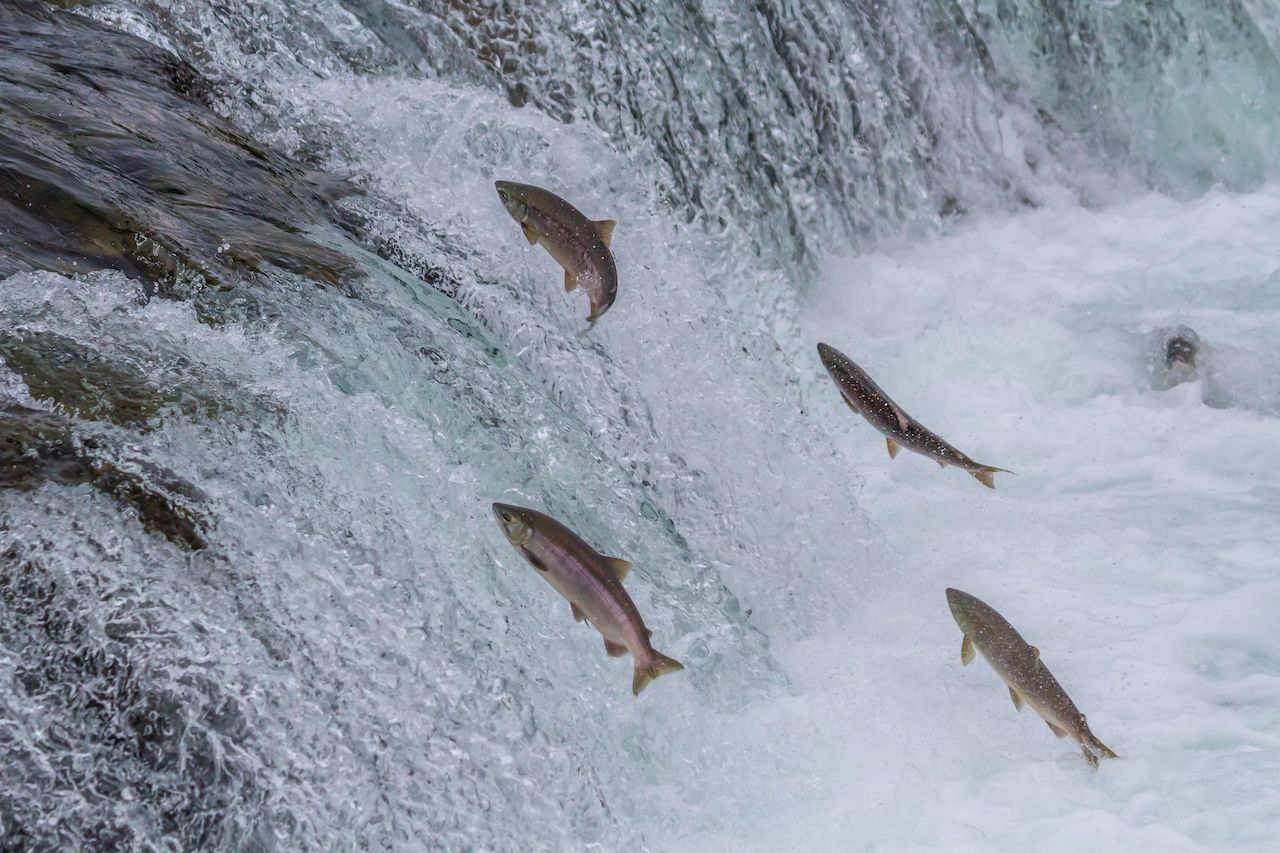 As most people know, baby Pacific salmon hatch upriver in freshwater and then head out towards the ocean. A few years later they, now adult salmon, head back up those same rivers to their places of birth. After their exhausting journeys, they spawn, and then die, providing nourishment for the next generation of salmon. What many people don’t know is how easy it is to see this impressive exercise throughout the autumn months along the western coast of the United States, where you can gasp as salmon literally swim and jump up roaring rivers and streams. If you happen to be in Seattle, you can see these salmon runs at Pipers Creek or West Seattle’s Longfellow Creek from October to December. Even before that, you can see them beginning their runs up the Ballard Locks fish ladder to get to various creeks in the area. 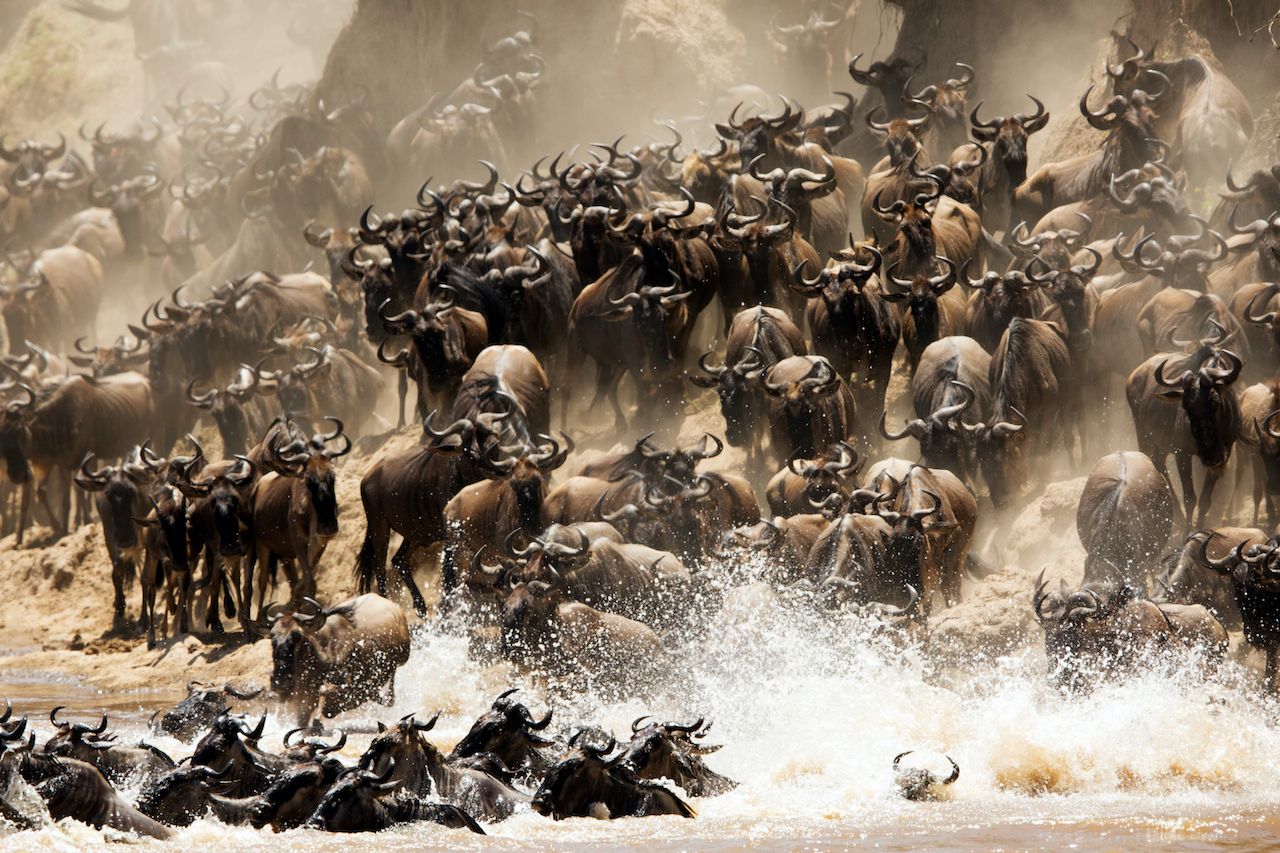 From July to October every year, one and a half million wildebeests travel 500 miles from Tanzania’s Serengeti Park, where new wildebeests have been born, in search of greener pastures in Kenya’s Masai Mara National Reserve area. Then in October or November, they travel south again to Tanzania. Many die while crossing the Grumeti and Mara rivers, where crocodiles wait expectantly for their lunch, which may sate them for days or weeks. Even those that reach the other side of the river may be attached by lions and hyenas. If you can get yourself to one of these national parks during the right time, you can view the arduous trek from viewing platforms.

6. Snakes and salamanders slithering to the swamps 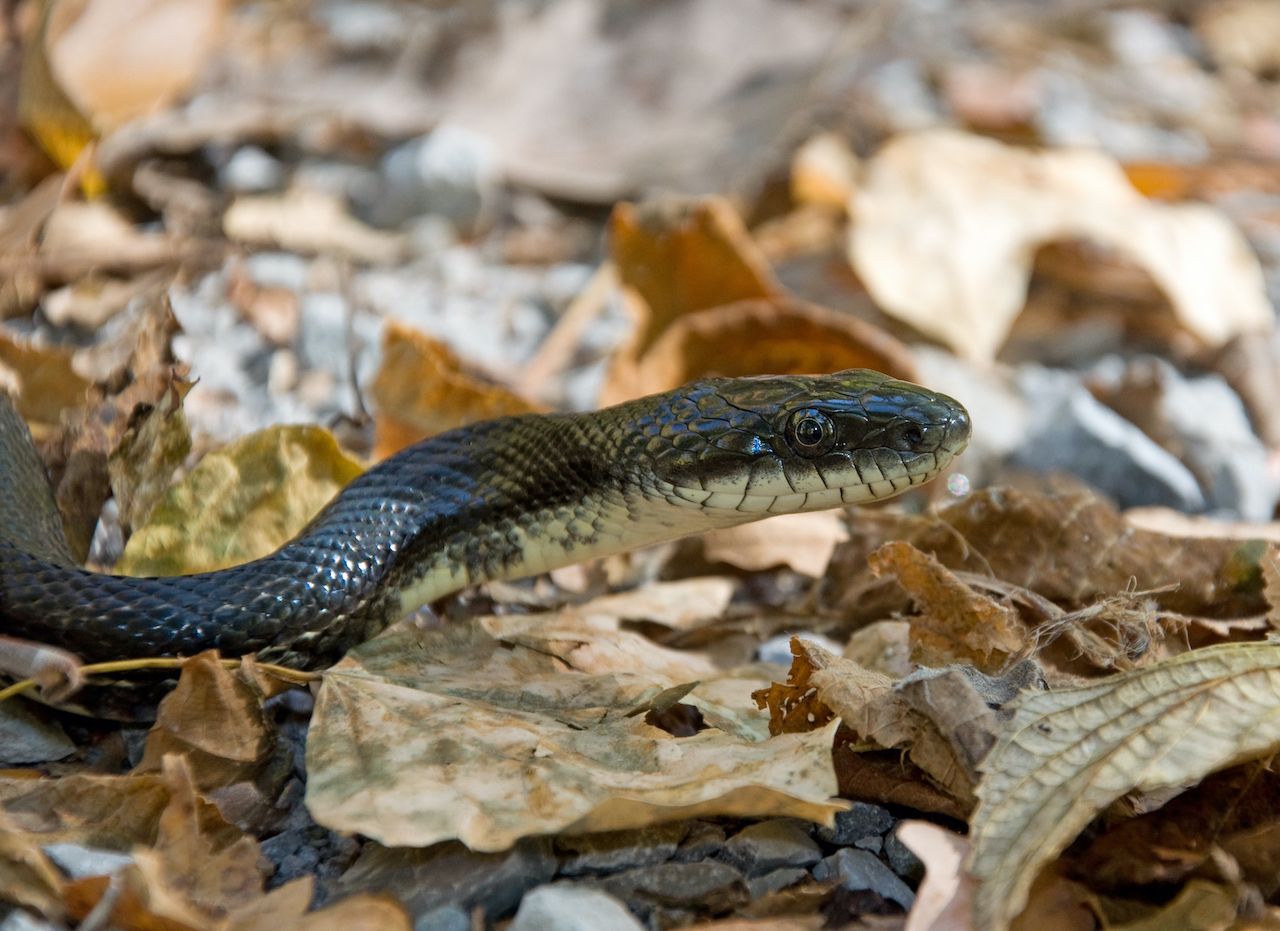 Admittedly, this is not a migration that will top every wildlife lover’s list. But anyone who is fascinated by reptiles and amphibians should get themselves to Illinois’ Shawnee National Forest, where every year all manner of cold-blooded creatures — from frogs and toads to turtles, snakes, and salamanders — move from the park’s bluffs down to the warmer swamps. If you can get yourself to the park’s “Snake Road” in the months of September or October, you are likely to see this parade of critters, including three dozen species of snakes, crossing the road on their way back to the bluffs. The road is for pedestrians only during those months to safeguard the creatures and allow you to survey the scene on foot. In case you miss it, you can also check out the reverse migration from mid-March to mid-May when the road is again closed to cars.

7. The renewed migration of zebras in Botswana 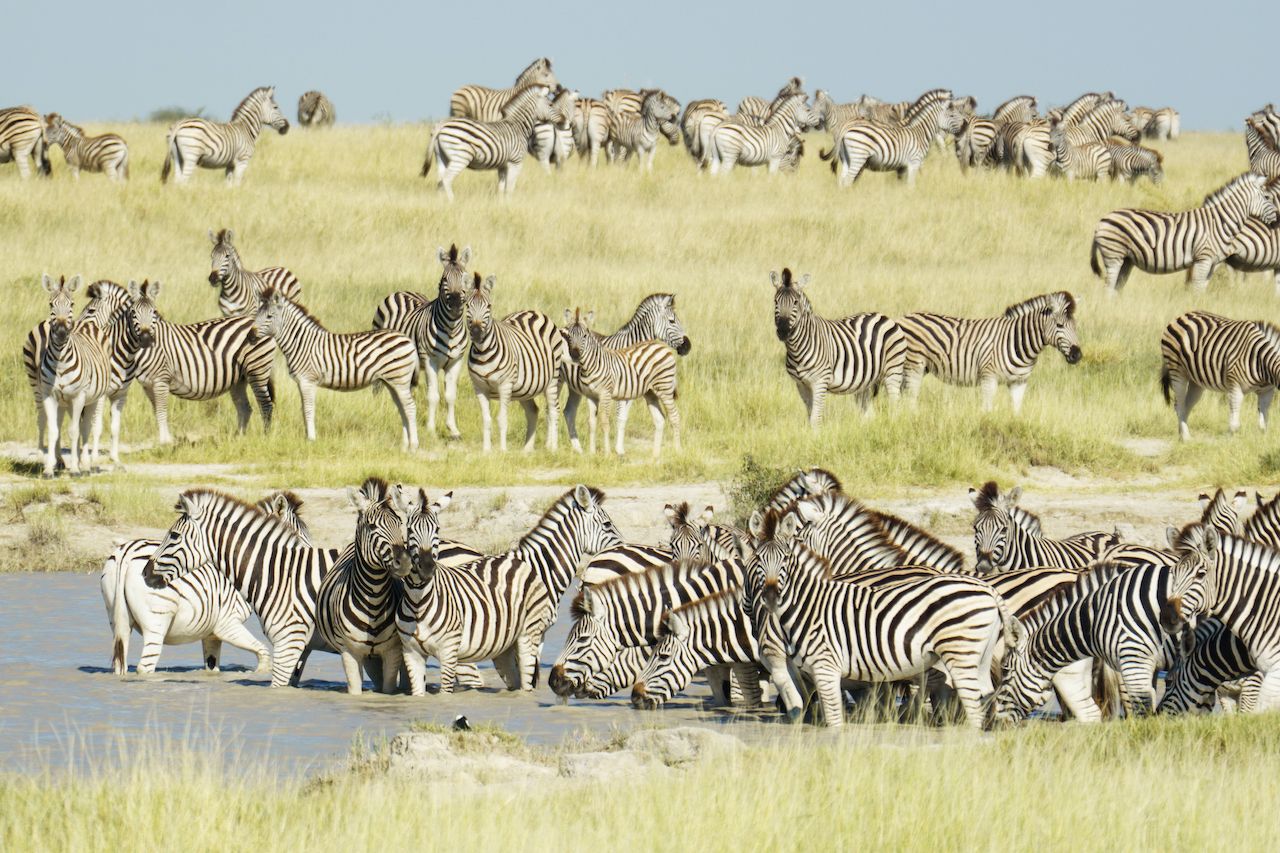 Photo: The Law of Adventures/Shutterstock

In the same way that zebras accompany wildebeest on their Kenya-Tanzania migration, they also migrate further south on the African continent. From late November to early December, zebras travel over 150 miles southwest from Okavango to the lush grasslands of Makgadikgadi, where they’ll stay for over two months during the wet season. This migration wasn’t possible for over four decades, as Botswana erected fences to protect its nascent cattle industry from hungry and potentially disease-carrying wildlife,. However, the barriers were removed in 2006. Even though zebra only live about 12 years, astoundingly, the descendants of the migrating zebras knew what to do and took up the trek again. 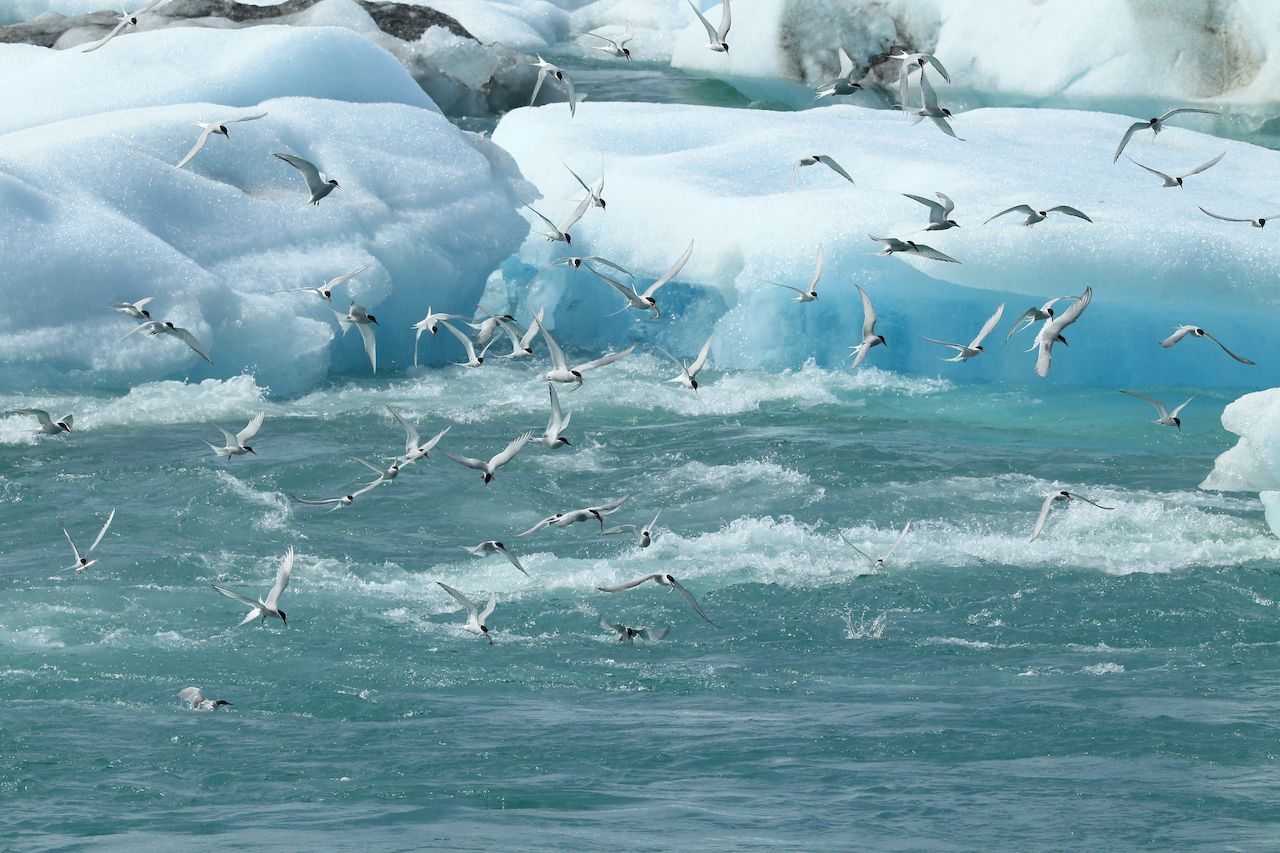 Arctic terns are a little harder to spot because they stay just offshore, along the eastern coast of South and North America and along the western coast of Africa and Europe, on their mind-boggling journey from the Arctic to Antarctica. They often cross the Atlantic Ocean on their way north or south, making their annual journey as long as 60,000 miles, which is like circling the planet twice. Needless to say, these tiny avians travel the farthest of any migrating animals in the world, following the long daylight hours from the Arctic winter to Antarctic summer. Since they feed on fish, daylight helps them see their prey. Moreover, they fly in zigzag patterns to follow wind currents and glide their light, 3.5-ounce bodies for most of the way. In fact, they can even sleep while gliding. Near the end of the year, you can find them off the coast of southern Argentina or western South Africa.

9. The graceful movement of humpback whales 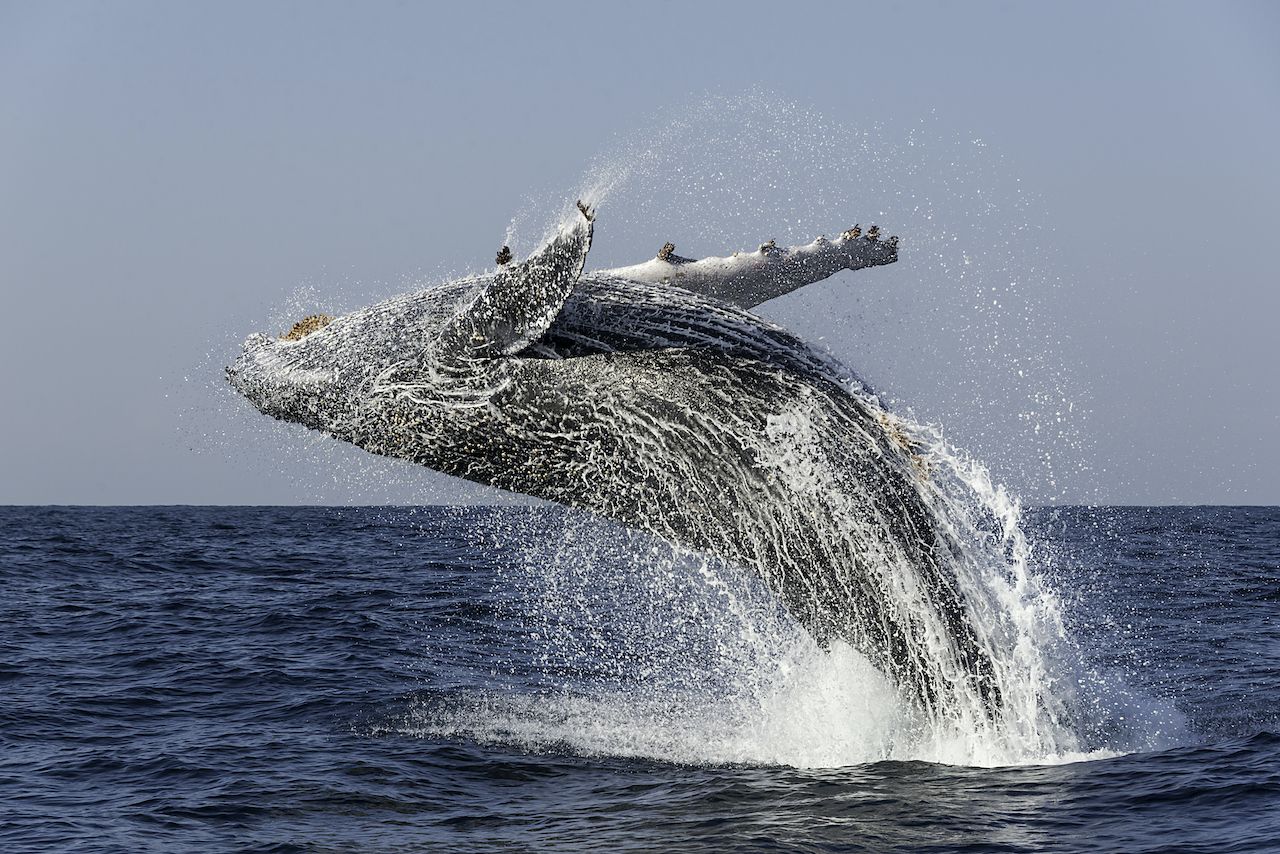 While different pods of humpback whales have diverse migration patterns, some northern hemisphere whales travel from the Bering Sea southwards to breeding grounds in Mexico or Central America. You can catch these whales on their northward journey in the spring, but in North America’s fall months, you can see them on their way south. Viewing places in California, like Point Reyes or Big Sur, will give you a view of these graceful and endangered creatures. They are just some of the whale species you can admire from the West Coast this winter.

Wildlife8 Places To Encounter Wild Animals Up Close in the US
Tagged
Wildlife
What did you think of this story?
Meh
Good
Awesome

Lemon Sharks Are Some of the Friendliest Sea Creatures. Here’s Where You Can Dive With Them.