Eastern Europe offers travelers a taste of the former Soviet Union, with babushkas hawking caviar by the kilo in bustling market halls and grand incense-fogged Orthodox churches. Hidden behind the Iron Curtain until 30 years ago, today there are many gay friendly places in Eastern Europe for travelers to explore.

But there is another side to Eastern European travel for the LGBTQ community. We need to keep in mind that gay rights and the general perspective of the people toward queer folx in the region is really quite retrograde. Spending time in Eastern Europe often feels a little like stepping back in time, to the era before equal rights, gay marriage and the general acceptance of LGBTQ people.

Though being gay is technically legal in all of the countries we are looking at in this guide, the reality on the ground might make you question this. The largely conservative populations of Eastern European countries aren’t always open-minded, and many people have never been exposed to queer folx. But this is changing — albeit very slowly — and LGBTQ visibility in these countries may just further the cause for equality.

General advice for travel in this region

My personal advice is to be a little more discreet. If being discreet is something you can’t stomach, it might be worth sticking to the most gay friendly places in Eastern Europe on the list. In most major cities, you’re unlikely to have issues sharing a double room with your same-sex partner or friend, but in smaller towns and villages, you may come across issues. Public displays of affection between same-sex partners — especially two males — would most likely attract unwelcome attention, even in larger cities. And in certain countries — Russia, Ukraine, Romania, Georgia and rural Hungary — LGBTQ travelers should be cautious and make sure to do research before planning a trip to make sure any issues are minimized.

A perfect Eastern European adventure would ideally include both large cities and some smaller towns, so you can really get a taste of the culture. The problem here is that outside of large cities, gay and lesbian life is sadly nowhere to be seen. The internet is really the only way to make contact with other gay people, but using dating apps in Eastern Europe is strongly advised against. Because of this, it’s best to stick with trusted friends (and friends of friends).

There are easier places for LGBTQ travelers to explore, but what you’ll find here is a region of Europe that is culturally rich, complex, and illuminating. Here’s the lowdown on seven popular countries that are — despite their flaws — worthwhile travel destinations, ranked from the least to the most gay friendly places in Eastern Europe. 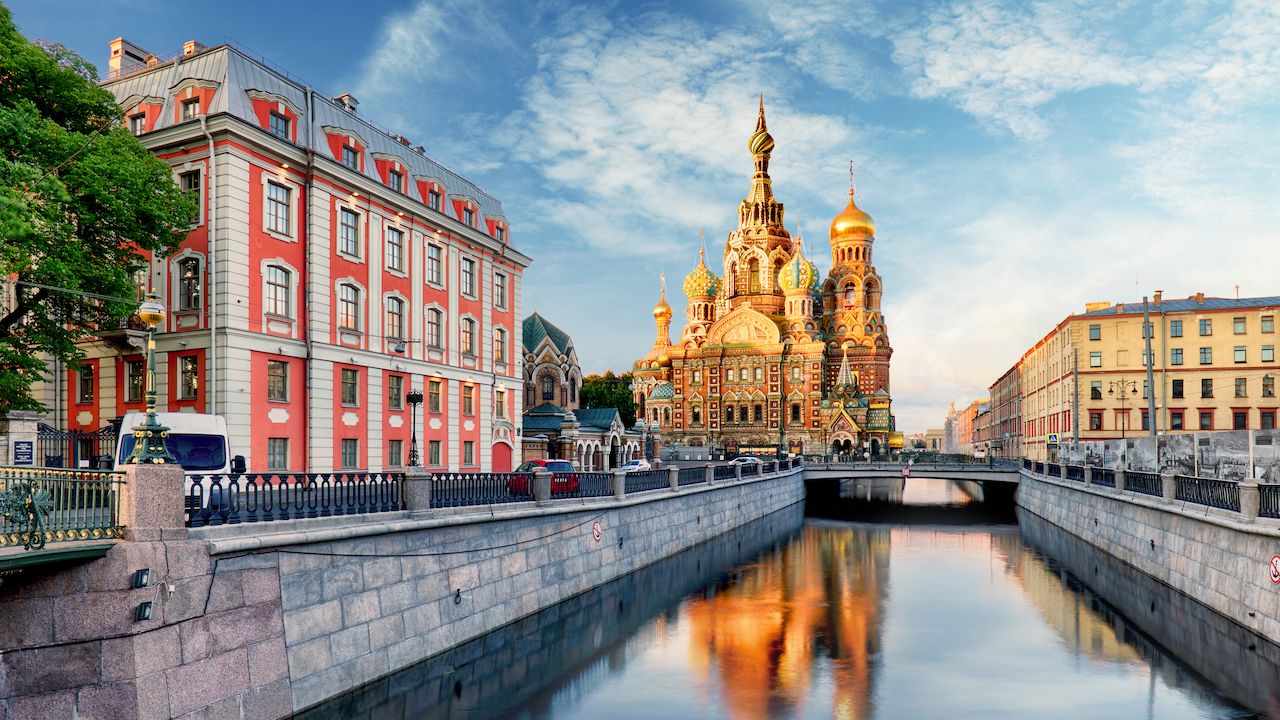 The largest and perhaps most interesting country in Eastern Europe, Russia can be a complicated visit for many in the LGBTQ community. Nothing is ever what it seems — like those nesting matryoshka dolls that tourists buy in souvenir markets. When traveling in the Russian Federation, it’s best to keep in mind that since 2013, there has been a law in place that basically makes it illegal to engage in the “promotion of homosexuality to minors,” which they term “gay propaganda.” Unfortunately, the vague way this law is written allows it to be widely applied by the police. Even holding hands with a same-sex partner outside a school could potentially trigger arrest, so it’s wise to be cautious.

St. Petersburg and Moscow both hold yearly pride marches which have always been shrouded in controversy. Police often arrest LGBTQ activists now that they’re shielded by the gay propaganda law. Because of this, visiting Russia for gay pride is currently not advised. Nevertheless, fun times can be had at some safe spaces — mainly bars and clubs –including Central Station, which has locations in both cities, Blue Oyster Bar in St. Petersburg, and Mono Bar in Moscow.

My personal experience from traveling in Russia

My personal impression from traveling around Russia is that most people keep to themselves and very few people go out looking for trouble, but you may notice some people staring. My partner and I were once denied a hotel room because it only had one bed, but this wasn’t common. The Transsiberian Express staff didn’t think anything of us rooming together, perhaps because the beds are singles on the train. Overall, it’s far from the most gay friendly place in Eastern Europe, but it’s an incredible place to visit. 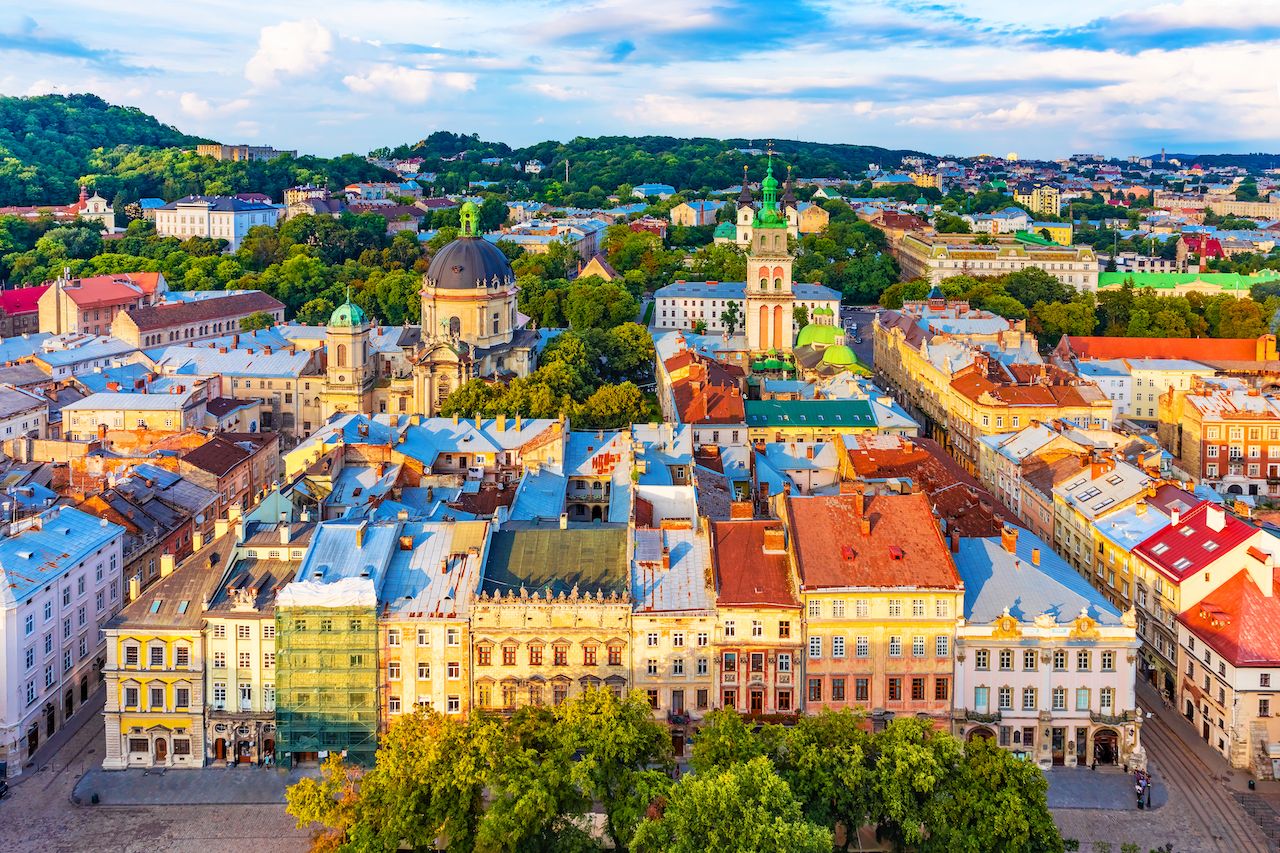 Ukraine and its capital Kyiv made me feel like I was immersed in a near-future sci-fi film, with soaring Orthodox towers and statues juxtaposed with gritty grids of socialist tower blocks. Kyiv isn’t bursting with safe LGBTQ spaces, but there’s LIFT, a gay dance club, plus many underground clubs such as Resident Advisor.

Kyiv is bustling and fascinating but in the western part of the country — very close to the Polish border — there’s the lovely college town of Lviv. A city of 700,000 people, Lviv is packed to the brim with history and stunning architecture. It’s also lively with many bars and restaurants, lending it more of a Western European feel due to its large population of students.

My personal experience from traveling in Ukraine

I found Ukraine to be warm and welcoming, although the locals do clock foreigners quite easily. “Don’t tell people this,” I was advised by a couple in their 20s that my partner and I were sharing a table with at a Kyiv Christmas market after we told them we were a gay couple. Nevertheless, this couple didn’t seem to mind that we are gay and we ended up chatting for another half hour before polite goodbyes. The clerk at the hostel we stayed at — Dream Hostel in Podil — didn’t bat an eye when we asked for a room with a double bed. 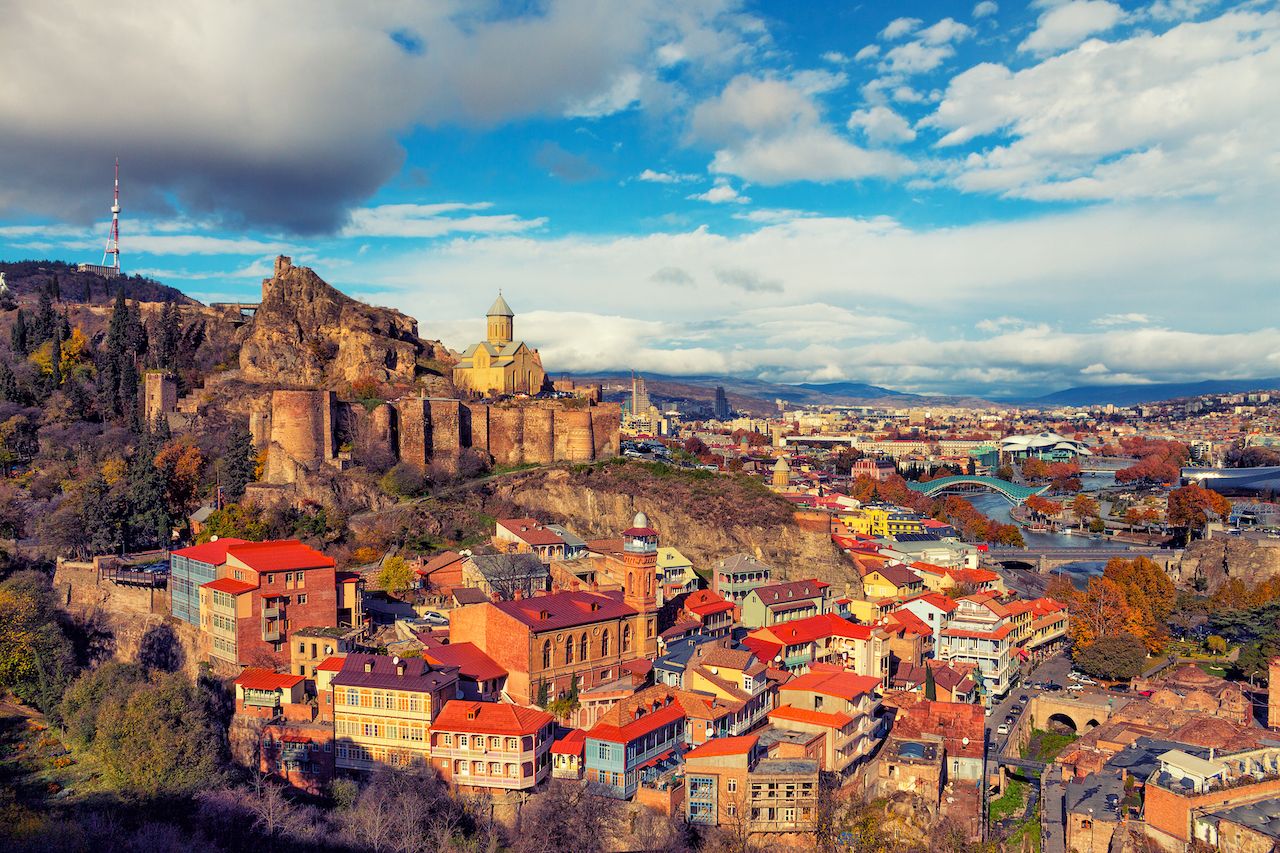 Mountains and caves, the oldest wine growing region on earth and fascinating cities filled with unique wooden architecture and ancient stone towers, Georgia is an up-and-coming destination, partially because it allows visa-free travel for US citizens for up to 365 days.

The LGBTQ community of Georgia is currently facing harsh resistance from its largely conservative population and the leadership of the Georgian Orthodox Church. This year, yet another pride month was marred with violence, counter-protests and arrests.

Tbilisi has recently gained a stellar reputation as one of the globe’s top DJ scenes, with superstars flying in for endless nights at mega club and LGBTQ safe space Bassiani. There’s also Café Gallery, the kind of warm and welcoming space that every city needs, a gallery/café/bar/club that accepts all types of people, from gay to straight to trans, and from young to old.

My personal experience from traveling in Georgia

The spaces mentioned above embody one of the secrets of LGBTQ life in not-so-friendly places — the communities are usually quite bonded and highly supportive of one another, making Georgia, at least in safe bubbles, one of the most gay friendly places in Eastern Europe. 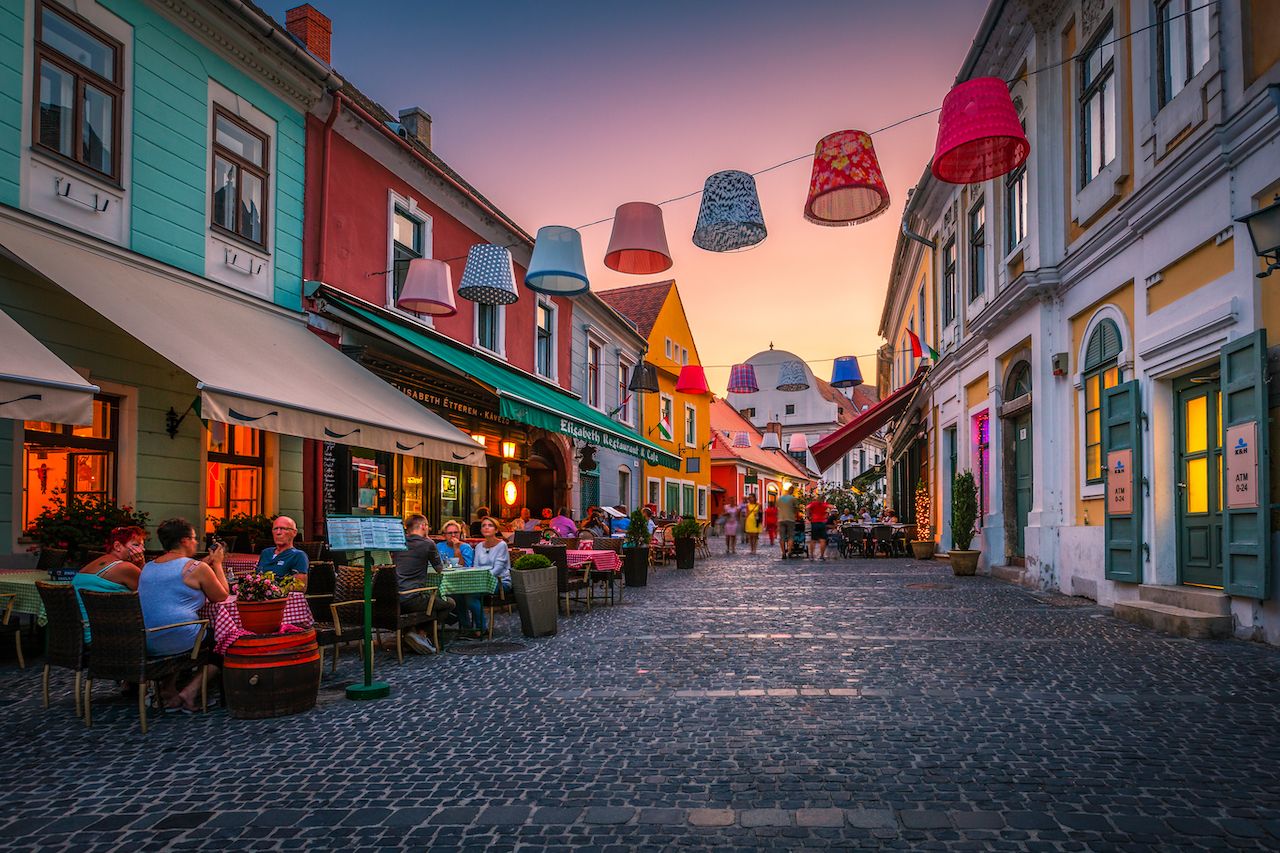 Although it’s known as one of Europe’s burgeoning party capitals, this reputation is changing. This is because Prime Minister Victor Orban has turned the clock back a few decades during his term by signing legislation that removes protections from transgender people. In 2021, he enacted further legislation that censors LGBT positive content from movies, books, or public advertisements, and severely restricts sex education in school, forbidding any information thought to “encourage gender change or homosexuality.” Though the law is similar to Russia’s anti-LGBTQ law, the public reaction has been very different as thousands joined this year’s pride march to protest the legislation.

My personal experience from traveling in Hungary

Hungary is a fascinating country and was recently on the track to become a lot more liberal, but Orban has set it back considerably. This doesn’t mean, however, that the people aren’t accepting, because in general, they are, even in this conservative society. In the countryside and in smaller towns, due diligence is recommended because the lingering anti-LGBTQ sentiment of Soviet times hasn’t completely faded away. 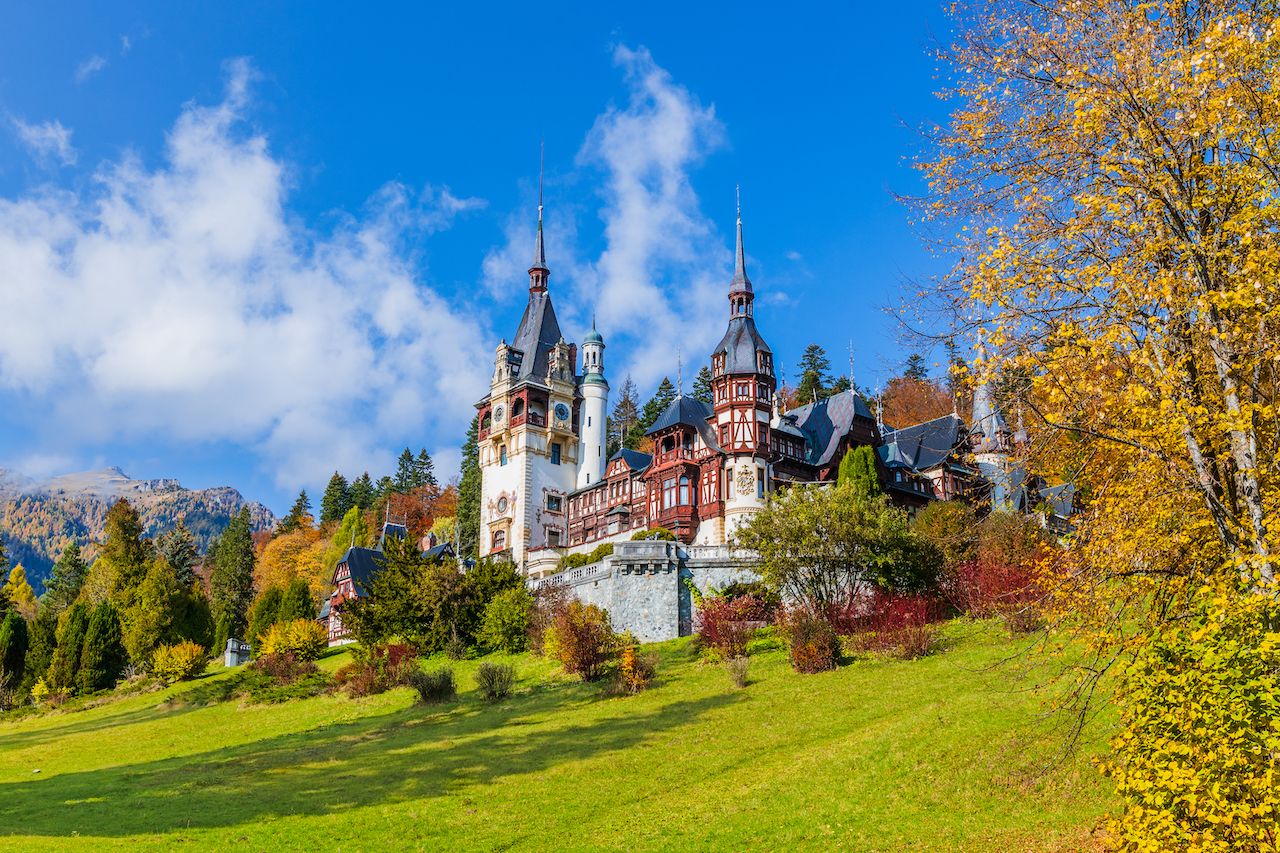 Mountainous and peppered with romantic storybook villages, Romania is also home to a heaving, enormous capital city — Bucharest. Romania’s urban centers feel very safe, but nevertheless, it is advised that public displays of affection should be avoided because many people — police officers in particular — still garner some homophobia. There’s an active struggle for LGBTQ equal rights in the country but progress is being made towards legalizing same-sex marriage with almost 50% of the population declaring support this year.

Bucharest and Cluj-Napoca are the safest cities for LGBTQ travelers. Thor’s Hammer is a warm and welcoming gay bar in Bucharest and Cluj, a college town, is an accepting and safe environment for queer folx, mainly because the town has a young population.

My personal experience from traveling in Romania

I have never worried about travel in Romania and I’ve never felt any undue attention directed at my partner and I, but travelers should nonetheless exercise caution here. It is wise to contact the human rights non-profit Accept Association for advice on where to go and what to do before booking a trip. 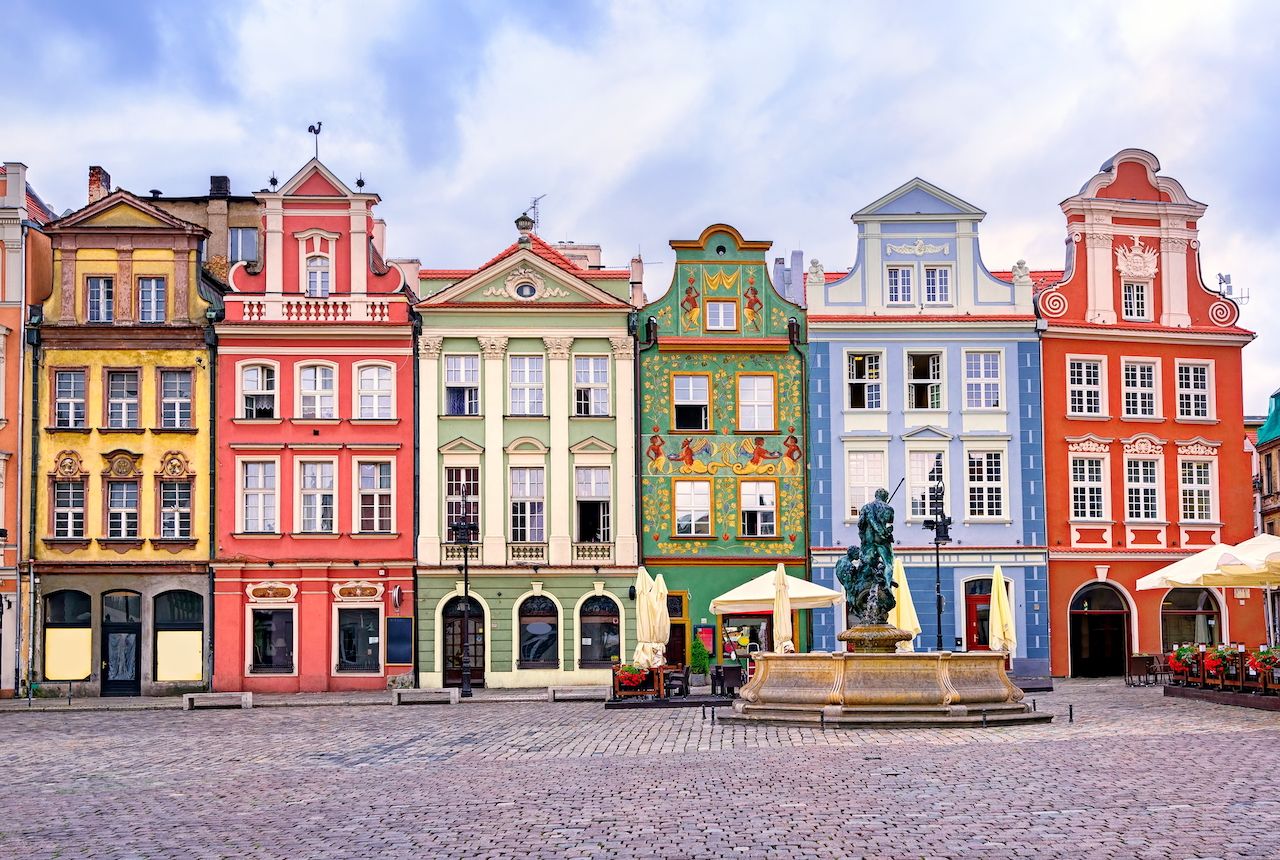 For LGBTQ travelers, Poland is a tale of two cities. In Warsaw and Krakow, gay people live relatively open lives, but when you leave the major cities, you find whole regions where there are literally no LGBTQ zones. But this isn’t to say that Poland isn’t progressing — in Slupsk on the Baltic Sea, the mayor is openly gay.

My personal experience from traveling in Poland

Personally, I have always found Poland to feel more akin to Germany rather than other places in Eastern Europe. With that being said, when in smaller towns and rural areas, I found it best to avoid undue attention by not displaying affection in public and requesting single beds in small hotels and inns. 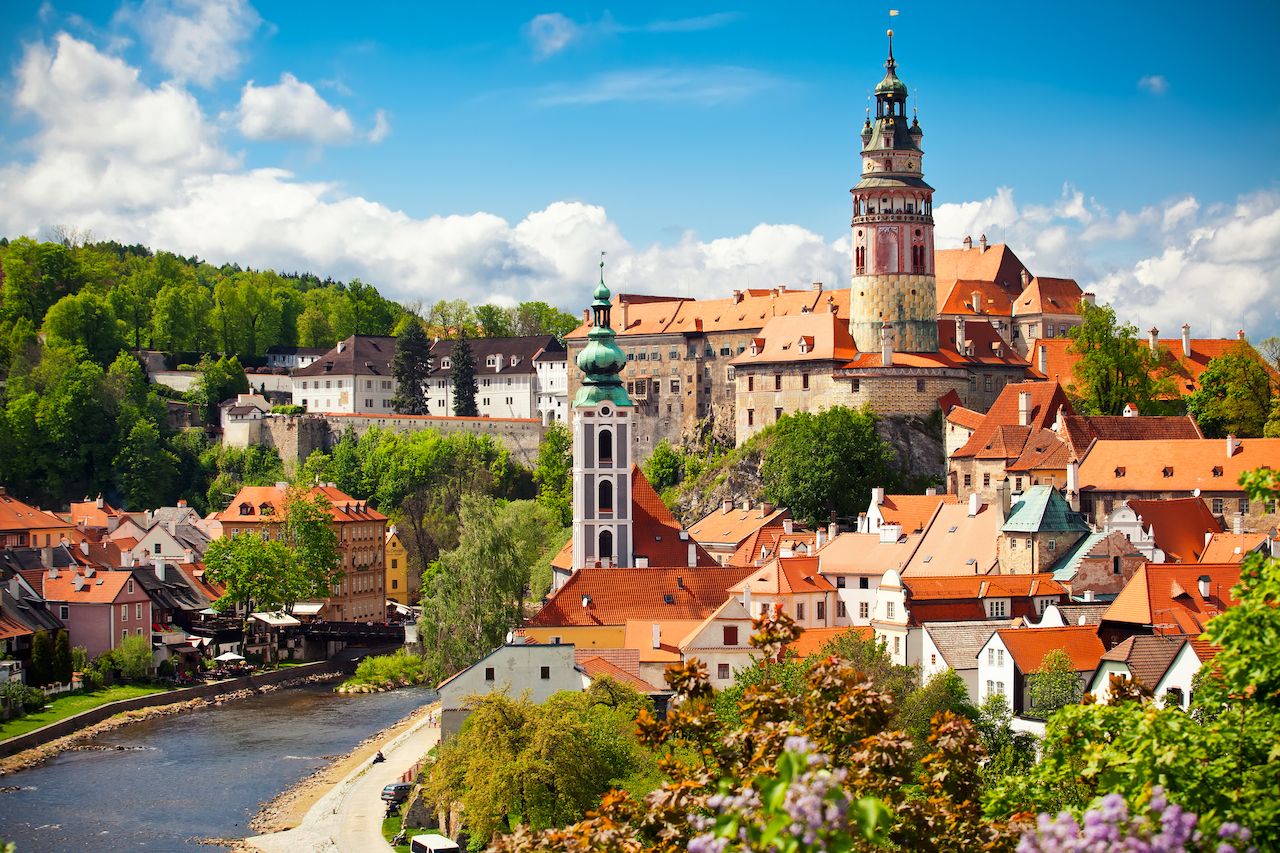 Much has been written about Prague, with its completely intact and charming old town, castles, thriving hipster and expat scenes, affordable prices, and mass tourism. It really is a special place and the Czechs are open and accepting to outsiders. Gay partnerships have been legal since 2006 and compared to the rest of the countries on this list, the Czech Republic is a virtual gay paradise. Here, LGBTQ travelers can still get a taste of that alluring former socialist Soviet feel but also feel relatively safe. Prague Saints, an LGBTQ travel agency, have an ongoing list of safe spaces and events that travelers can consult.

My personal experience from traveling in the Czech Republic

To me, the Czech Republic feels more like Western Europe these days, and in truth, it was always in the far reaches of the Soviet Union’s influence. Today, LGBTQ travelers can feel like themselves, especially in Prague, but there may be some lingering strange looks in smaller towns and rural locations, so as always, use caution and maintain discretion.