Generally speaking, there are two types of travelers: those who love guided tours, and those who would rather be trampled by sheep than be herded like them into a tourist attraction. Tours are as old as the tourism industry itself, but theme tours are a newer phenomenon. Promising an inside look at your favorite movies, books, and TV shows, they offer an experience many argue you simply can’t get on your own.

A tour of Game of Thrones filming locations in Northern Ireland can be a once-in-a-lifetime experience for a Thrones fan, but fundamental questions remain: Is it worth it? Is it too expensive? Couldn’t I just do it on my own?

Your stance on guided theme tours likely speaks volumes about who you are as a traveler and what your priorities are. Unsurprisingly, there are people on the Matador Network staff who fall on either side: Senior copy editor Aryana Azari, a fan of guided theme tours who writes that they’re more on the enlightening side of life, and senior staff writer Eben Diskin, who believes that guide tours are infuriating.

Countless guided tours are being offered around the world. Often, the sell is that you’re getting a super exclusive behind-the-scenes look that simply isn’t accessible to most tourists. The reality, however, is you’re paying an exorbitant fee for the convenience of not having to plan your itinerary.

On September 16, 2021, a Bridgerton-themed tour of London and Bath is being offered for fans of the popular Regency-era Netflix series. Guests will enjoy the convenience of getting shepherded around the country to filming locations like Hampton Court Palace, the Bath Assembly Rooms, a Victorian-era pub, and more. The experience can be yours for just $965, and it’s an absolute steal — though probably not the kind you’re thinking of.

Luckily, it’s not a black-and-white proposition. You can usually take the exact same tour — or one very similar — for a fraction of the cost simply by planning it yourself. The Hampton Court Palace and Bath Assembly Rooms aren’t reserved for those who happen to be on a “Bridgerton superfan tour.” Just go there yourself. Do you want the Great Hall of Hogwarts? Just wander into Christchurch College’s dining hall in Oxford. If you want to check out the castle from the opening scene of Monty Python and the Holy Grail — Drive to Doune Castle in Scotland. You’ll occasionally have to pay a minor entry fee, but it’s nothing compared to the hundreds of dollars you’re shelling out to a tour company for the same experience.

If money is no object, go for the theme tour. You probably won’t be disappointed. But if you have any concern for your wallet — and an extra hour on your hands — think twice and plan your own trip.

Enlightening: Guides handle all of the logistics

Any trip involves planning, financial management, and careful organization. From booking the flight and accommodation to checking when the attractions you want to visit are open, there’s so much to map out. And if you’re one of those travelers who don’t do much planning before arriving at your destination, you could find out at the very last minute that something you wanted to do is closed while you’re there. Taking all that on alone can be overwhelming. You may even push off a trip further into the future because it gets too daunting.

Booking a tour eliminates some of that work, and it helps alleviate a good chunk of the stress you have to deal with. A tour company will handle the logistics of getting you to the sights you want to see when you want to see them and take you back to your accommodation at the end of the day. 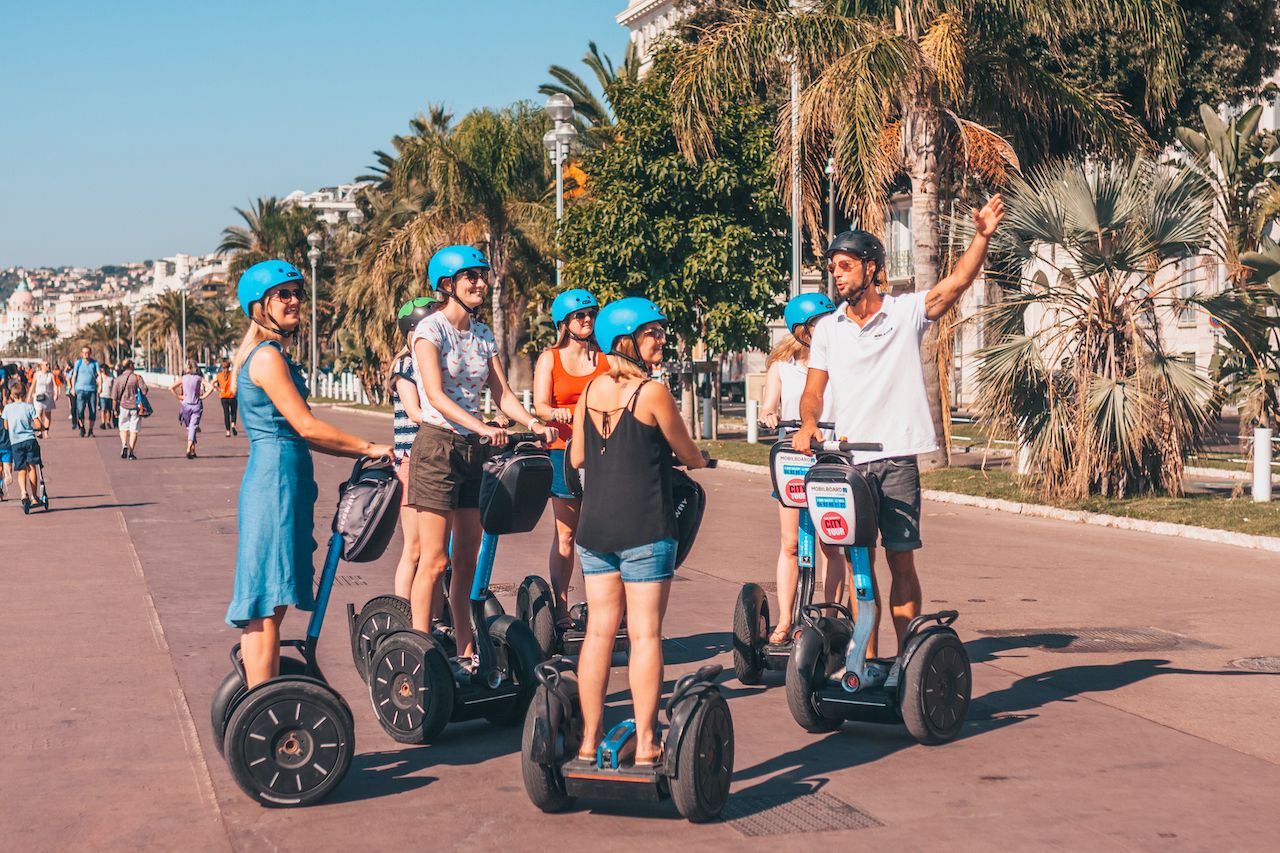 Guided tours are known for rigid structures. A half-day city walking tour is one thing, but many theme tours are multi-day group excursions that tax your patience as well as your bank account. You must wake up at an appointed time for breakfast, meet the group in a designated location for a morning tour, have lunch with the group, all while the tour guide shouts trivia at you — maybe 20 percent of which you’ll actually find interesting. Feel like taking a few hours to explore the city on your own? Too bad. If you’re lucky, you’ll get an hour of “free time” in the afternoon. If you’re unlucky, you’ll have to crowd into a tour bus and participate in an elementary school-esque head count several times a day.

By nature, guided tours are restrictive experiences. You see only what the tour company wants you to see. There’s nothing wrong with that, but it doesn’t leave much room for personal adventure or exploration. You’re on their time, their schedule, and if you don’t like it, you’re pretty much trapped. And you’d better hope you get along with your fellow tour-mates, especially if your tour lasts a few days. You’ll be sharing hotels, meals, and experiences with the same dozen or so people in extremely close quarters. Sure, maybe you’ll hit it off swimmingly and make some lifelong friends — or perhaps you’ll have nightmarish flashbacks to that time you were trapped in an escape room with people you couldn’t stand.

Enlightening: Friends and good convo are built in from the get-go

Making friends while traveling is one of the best parts of any trip. I’ve met new friends while at a bar, waiting in lines for a restaurant, and just simply walking around. But it can be hard to strike up a conversation with a random stranger. It can even be anxiety-inducing for some, which is why tours of any kind with a set group are great: You have new friends built right into the experience. The shared experience of traveling will be something you all bond over, and since you’re spending so much time together, talking will happen. Even the topic of conversation is built-in — travel and the places you’re all visiting — so there’s no need to worry about what to talk about.

I’ve done tours in places like Scotland, Ireland, and Egypt, and the friendships I’ve made on them have lasted well beyond the one tour. We’ve kept in contact ever since, and I’ve even traveled again with some of those same people.

Infuriating: It ruins the theme’s magic

Many may try to convince you that theme tours enhance your relationship with your favorite movies and TV shows by breaking the fourth wall in a way that’s simply impossible when traveling solo. I’d argue that visiting filming locations and studio sets actually ruins the magic of fandom. Whether it’s rural settings like Hobbiton, grandiose cityscapes like King’s Landing, or the cozy drawing rooms of Bridgerton, these settings hold a certain mystique for the viewer because they exist in immersive fictional worlds we can only dream about. Seeing these places in-person, without their colorful characters and dramatic background scores, deals a blow to the imagination. It dashes the illusion you’ve come to love, ripping an enchanting setting from the titillating world of fantasy and placing it in cold reality. 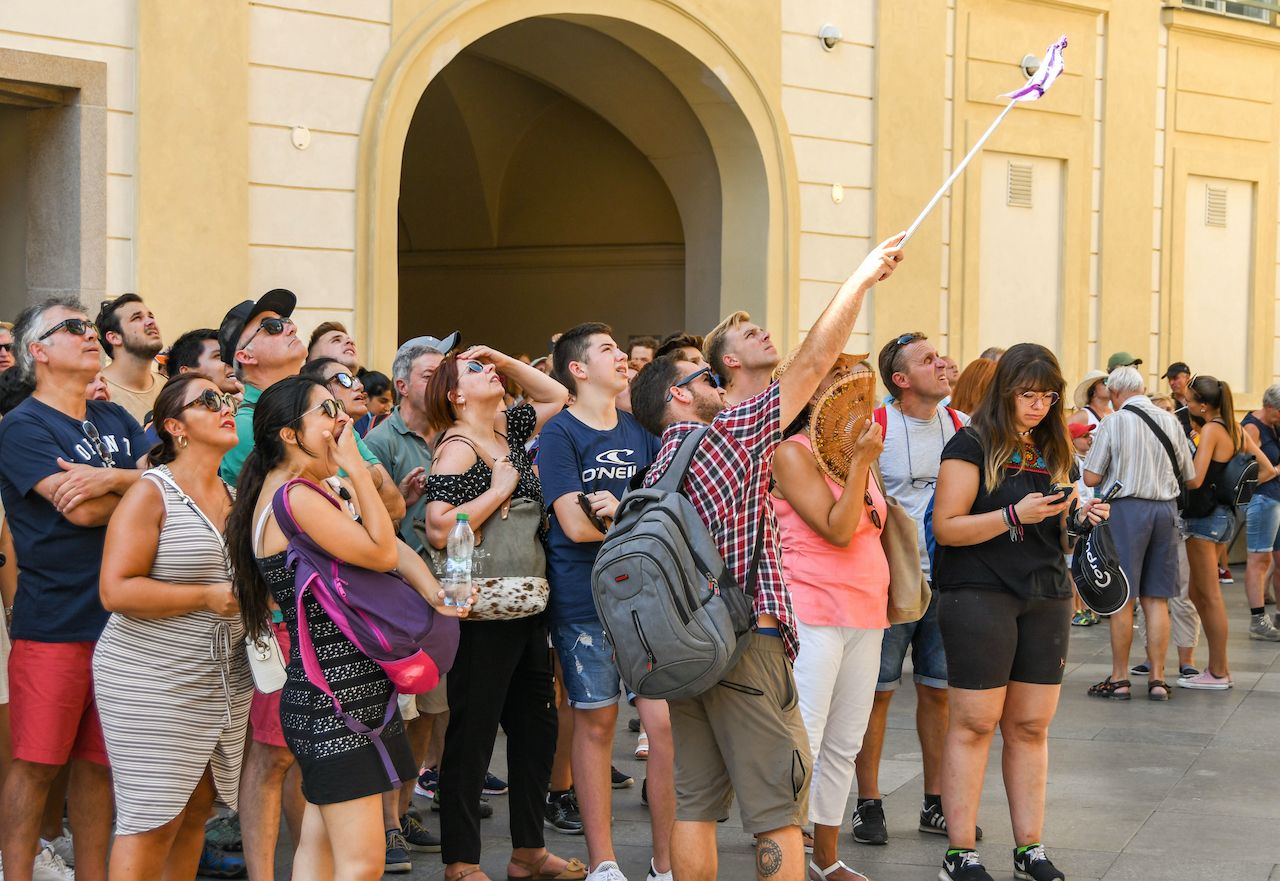 We’ve all been to museums and other historical sites on our own and skimmed the informational plaques while barely registering what’s on them, then taking a picture and moving on. I can admit that whenever I visit an art museum, it’s hard for me to absorb the information about the pieces, and I spend more time just looking at the art and taking a picture. Then, when I look back at my camera roll, I’ll have no idea what I just took a picture of or the story behind it.

With a tour, you’re forced to slow down and listen to what the guide has to say. You may not remember every minute detail, but you’re guaranteed to learn some things. Then, when you get back home, you’ll be able to tell people about what you saw instead of vaguely scrolling through a camera roll.

Expat LifeAre Coworking Spaces Worth It or a Waste of Money?
Tagged
Budget Travel Movies TV
Credits
Writer Eben Diskin
What did you think of this story?
Meh
Good
Awesome