There are 1,000,809 mountains in the world, according to mountain tracking app PeakVisor. Some are massive, topping 25,000 feet, while others are small and seemingly approachable — and the vast majority of them, even the smaller mountains, don’t have a trail to the top. For the adventurous, that only adds to their appeal and the desire to reach their summit. Hiking off-trail to a mountain peak is an exciting excursion, but without proper planning and execution it can be downright dangerous. No one wants to find themselves bushwhacking through dense shrubbery or stuck atop a high cliff with no visible way back down.

Matador Network spoke with Brenton Reagan, lead guide at Exum Guides in Jackson Hole, WY, to find out how to properly plan and execute an off-trail mountain summit expedition. If anyone should know, it’s him. Exum Guides has been operating in the Tetons for 90 years and helped to develop what Reagan calls the “American” way of guiding, which aims to educate people on basic mountaineering skills while leading them on an expedition, as opposed to simply escorting clients from point A to point B and back again.

Here are Reagan’s tips for the next time you spot a lesser-traveled peak and can’t resist the urge to bag it. 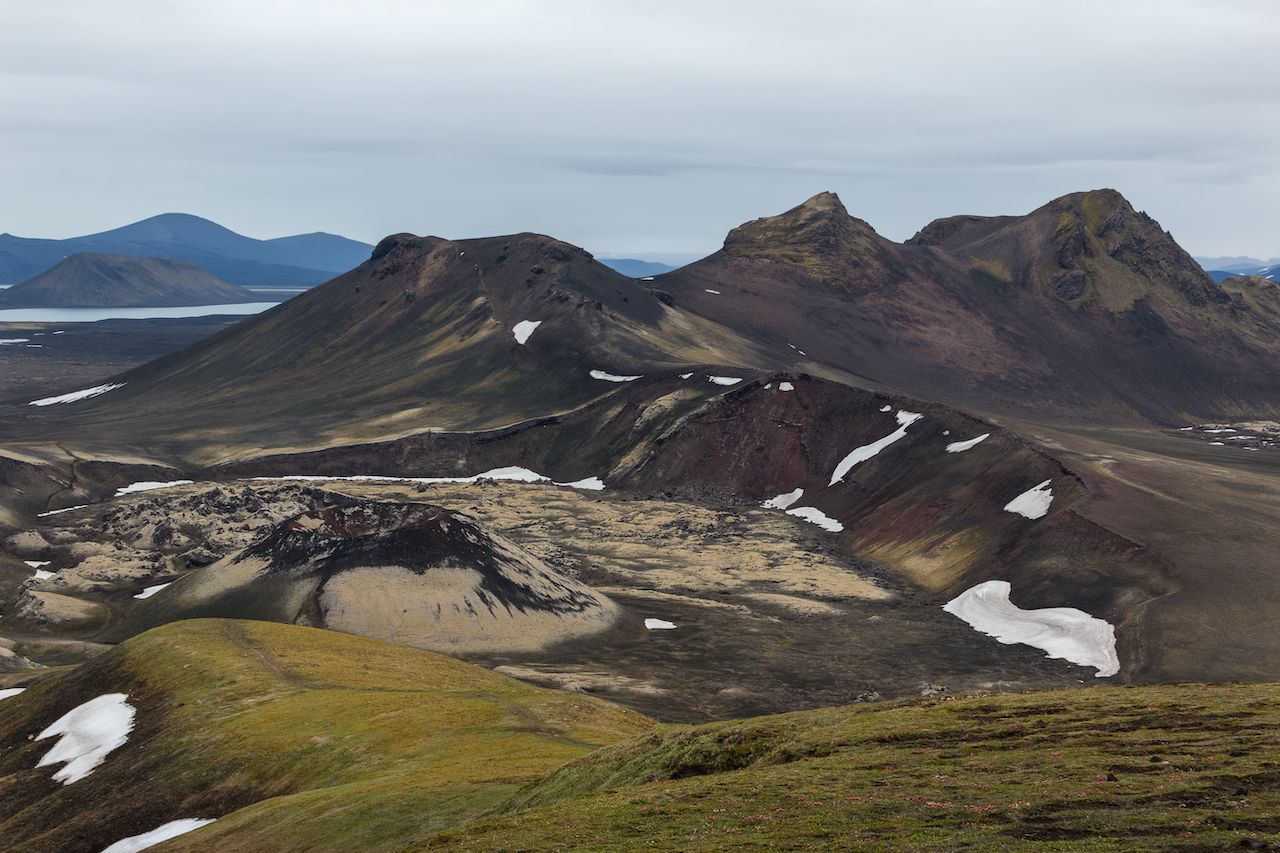 The first step to hiking off-trail in the mountains is to understand slope gradient and slope angle, Reagan says. These terms refer to how steep a slope is in specific spots. Knowing this information makes it far easier to safely climb mountains off-trail because the hiker is able to identify the easiest way up and down without “cliffing out” — becoming stuck above a cliff with no easy way down — or finding themself struggling on a slope that’s steeper than expected.

“Slope gradient and slope angle is something that’s super overlooked by people when they’re either looking at a map or figuring out how to get up something,” Reagan says. “[These] really tell you how to approach it. Slope angle is so critical depending on the terrain you’re in. Understanding what’s steep and not steep is the first key to knowing whether or not you can get up.”

Seek the lowest angle slope to the top. 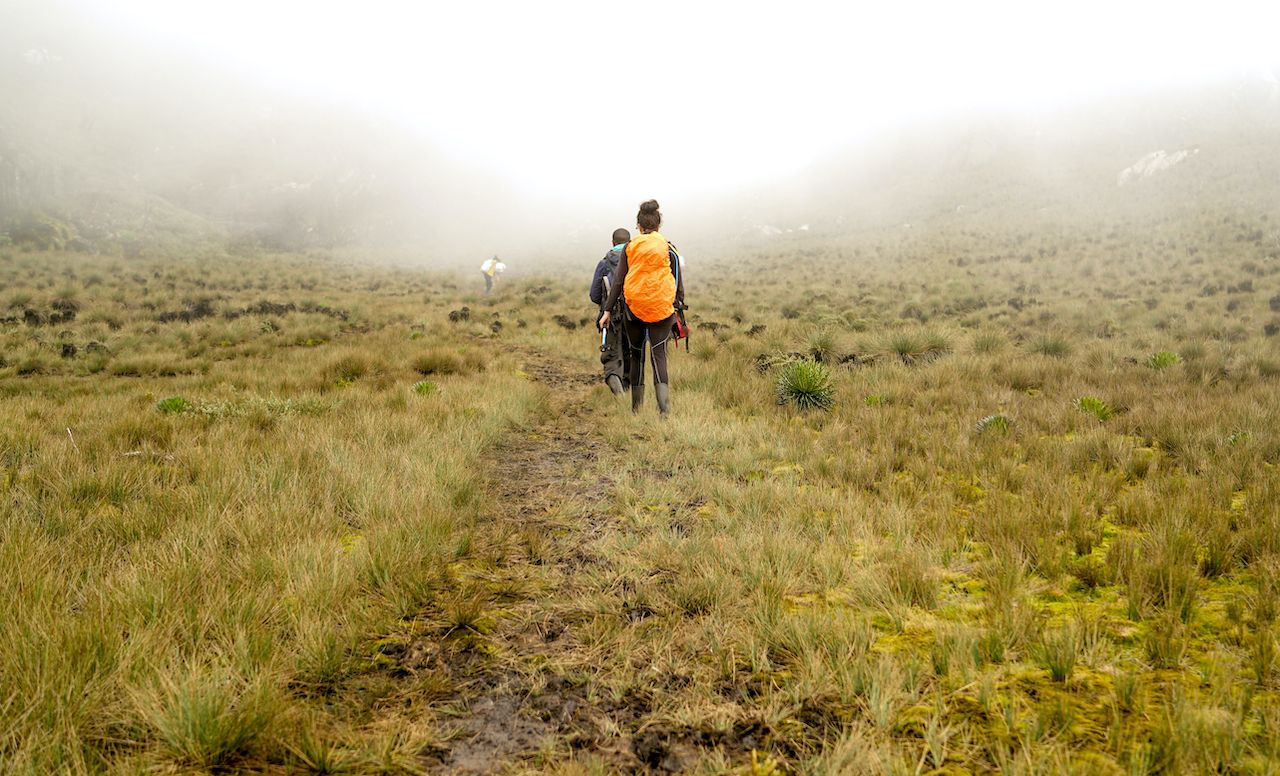 Once you know it’s safe to attempt the hike, the easiest way to reach the summit is to find the lowest angle slope to get there.

“We really think we know what steep is and what we can handle walking on as far as steepness,” Reagan says. “But we’re consistently wrong about it. If you tell somebody you’re going to have to walk up a 40-degree slope with loose rocks, that sounds doable because they think, ‘90 degrees is a wall and 40 degrees is less than half of the wall, so why would that be a problem?’ But walking up a 40-degree rock slope is nearly desperate and can be dangerous depending on the size of the rocks.”

If a slope looks steep from afar, it’s going to be even more intense in actuality. The good news is that most mountains approachable for the average hiker don’t necessitate slogging up its steepest slope.

“Understanding the patterns of topography to find the lowest angle way is really cool, and it also gives you a little bit of green knowledge before you go,” Reagan adds.

Have a mapping app on your phone and home computer. 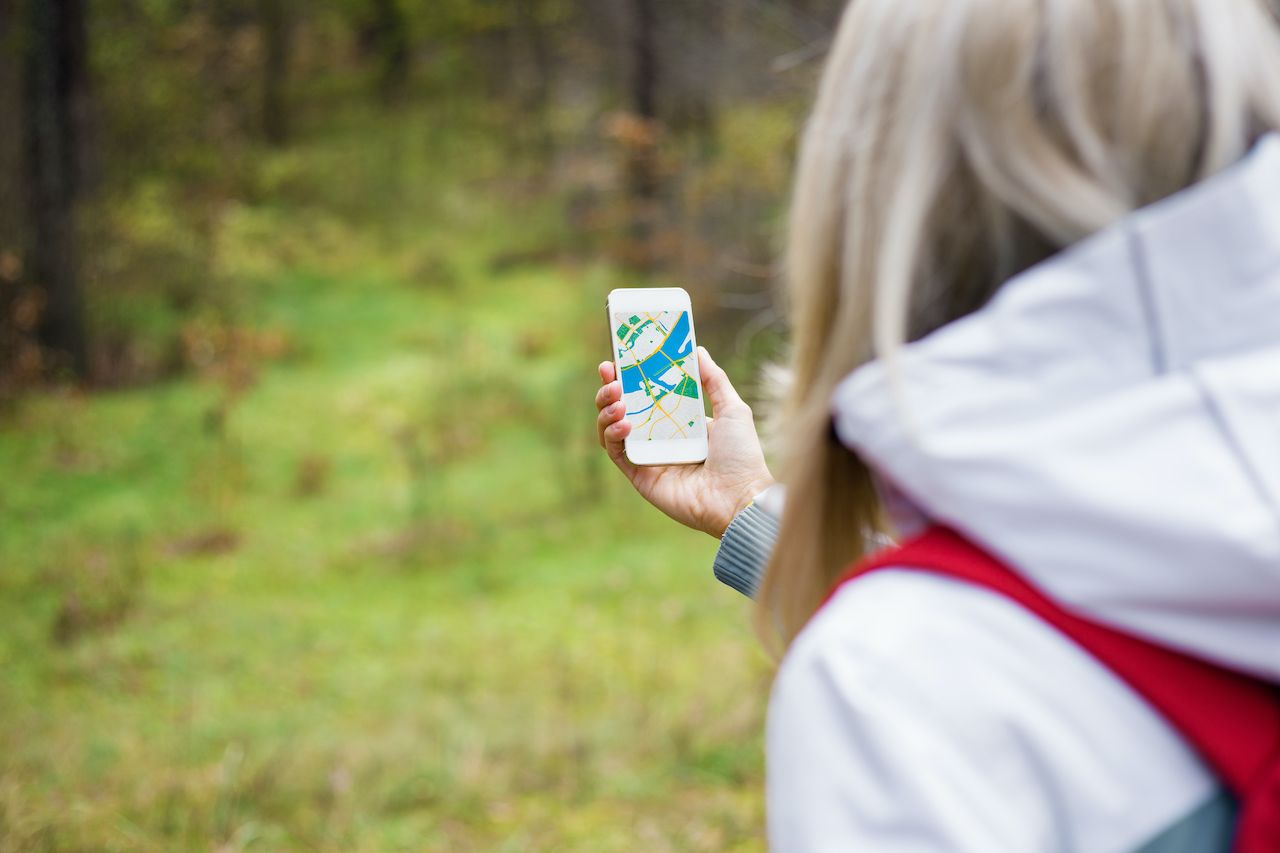 Many hikers are familiar with identifying trailheads and other points along a trail on a traditional map but aren’t accustomed to reading a topographic map. Commonly called a topo map, these maps show slope angle and gradient of a mountain through contoured lines, such as the popular National Geographic trail maps available at most outdoor retail shops.

“If you’ve been reading topo maps for a while, you understand that the closer the lines are, the steeper the gradient is,” Reagan says. “But there are a lot of really cool apps out there that can do that for you digitally, and with color.”

On smartphones, Reagan recommends Gaia GPS. “Gaia is the guide-industry standard for mapping,” he says. The app allows users to easily identify the lowest-angle slope to approach when walking up a mountain. Gaia GPS also allows users to track themselves and mark their trail progress from start to finish for later reference and sharing, and even add photos into their saved trips that are geotagged at the point where they were taken. Additionally, Reagan notes that Strava can be helpful because it allows crowdsourcing of data, which allows users to see routes that others have attempted and use them in their own route planning.

CalTopo is a great program to use for trip planning on your laptop or desktop, Reagan adds. This service also offers both free and paid plans. Paid accounts allow users to collaborate and share routes, import other users’ data into their maps, and access a suite of route planning tools that allow backcountry users to thoroughly plan a hiking or climbing route from start to finish.

“Between CalTopo and Gaia, you’ll have a really good overlay of where you’re going,” Reagan says.

Get a pair of collapsible hiking poles. 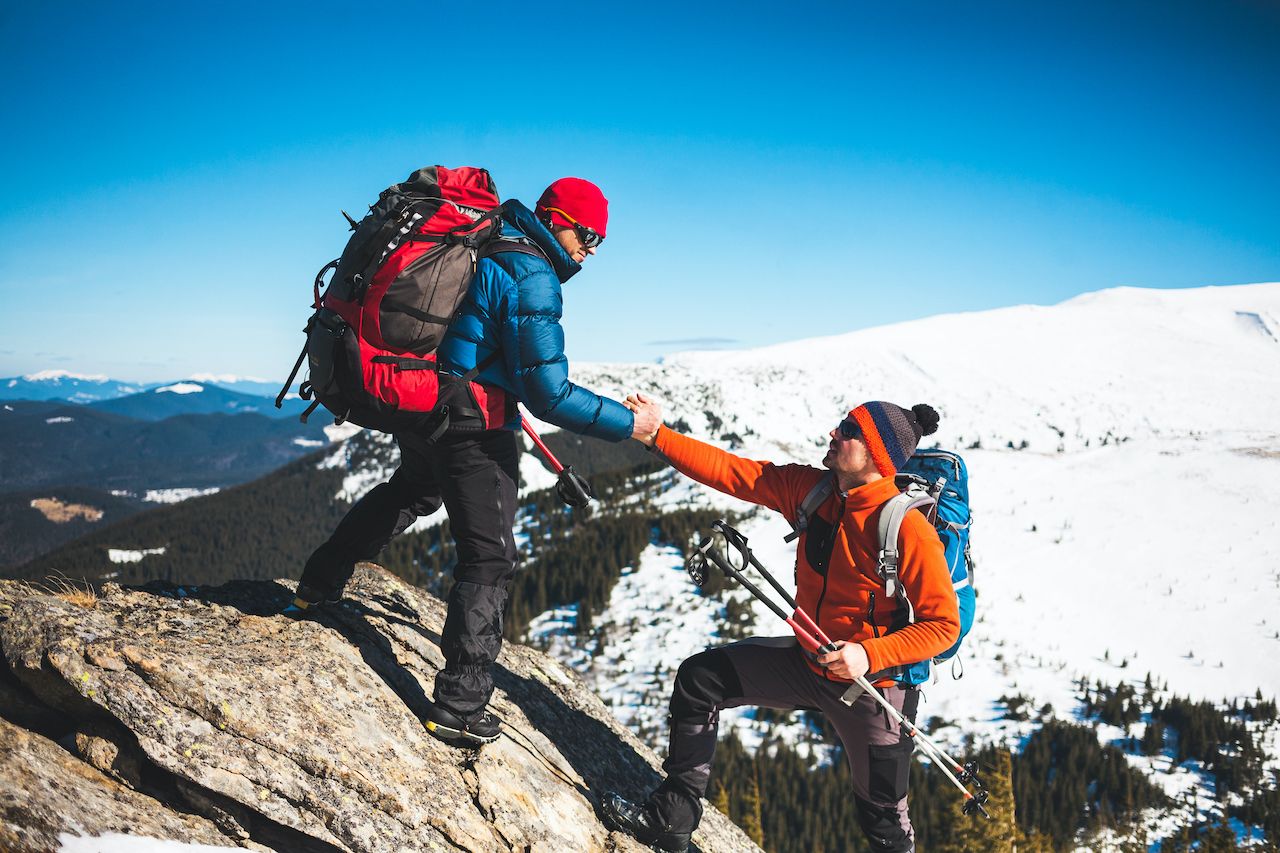 Hiking a mountain without a trail is the entry-level step into mountaineering. To do this safely, hikers looking to step up their game should properly equip themselves. Reagan encourages buying a pair of collapsible hiking poles such as Distance Z from Black Diamond for added stability.

“It’s a no-brainer for me if you’re going on a hike off-trail to have a set of Z poles, or at least one pole,” Reagan says. “The amount of security it adds is incredible. Even in mountaineering on alpine objectives when I have an ice axe, I still carry a Z pole in my pack for if I’m in slippery terrain or if I’m trying to cross a small creek. If you’re off-trail and going down or up, the amount of support (the pole) gives you is great. And just strap it on your pack when you’re not using it.”

For couples and pairs hiking off-piste, Reagan encourages bringing one pair of poles and having each person use one, saying that carrying both can at times be more annoying than helpful. “I love one pole,” he says. “And if you roll your ankle or something, you also get that little bit of support.”

BackpackingHow To Mentally Prepare for an Excursion in the Mountains
Tagged
Hiking
What did you think of this story?
Meh
Good
Awesome

May 9, 2022 Elisabeth Sherman
✖
travelstoke
Download the mobile app
stoked by