Sometimes at the end of a long day, you just want to cuddle with a cow.

Of course, most of us lack any actual cows to cuddle with, so much like scuba diving and drinking on Tuesdays, it’s the sort of thing you save for vacation. As are playing with a lot of other animals we don’t have at home, whether they’re sea turtles, alpacas, racehorses, and spider monkeys. Granted, animal tourism can sometimes raise questions as to its ethics, but many hotels around the world have found ways to play with our furry friends while not disrupting their natural states, often benefiting them through charitable donations or adoption services. Here are 11 hotels around the world with just such programs that are cheaper than therapy. 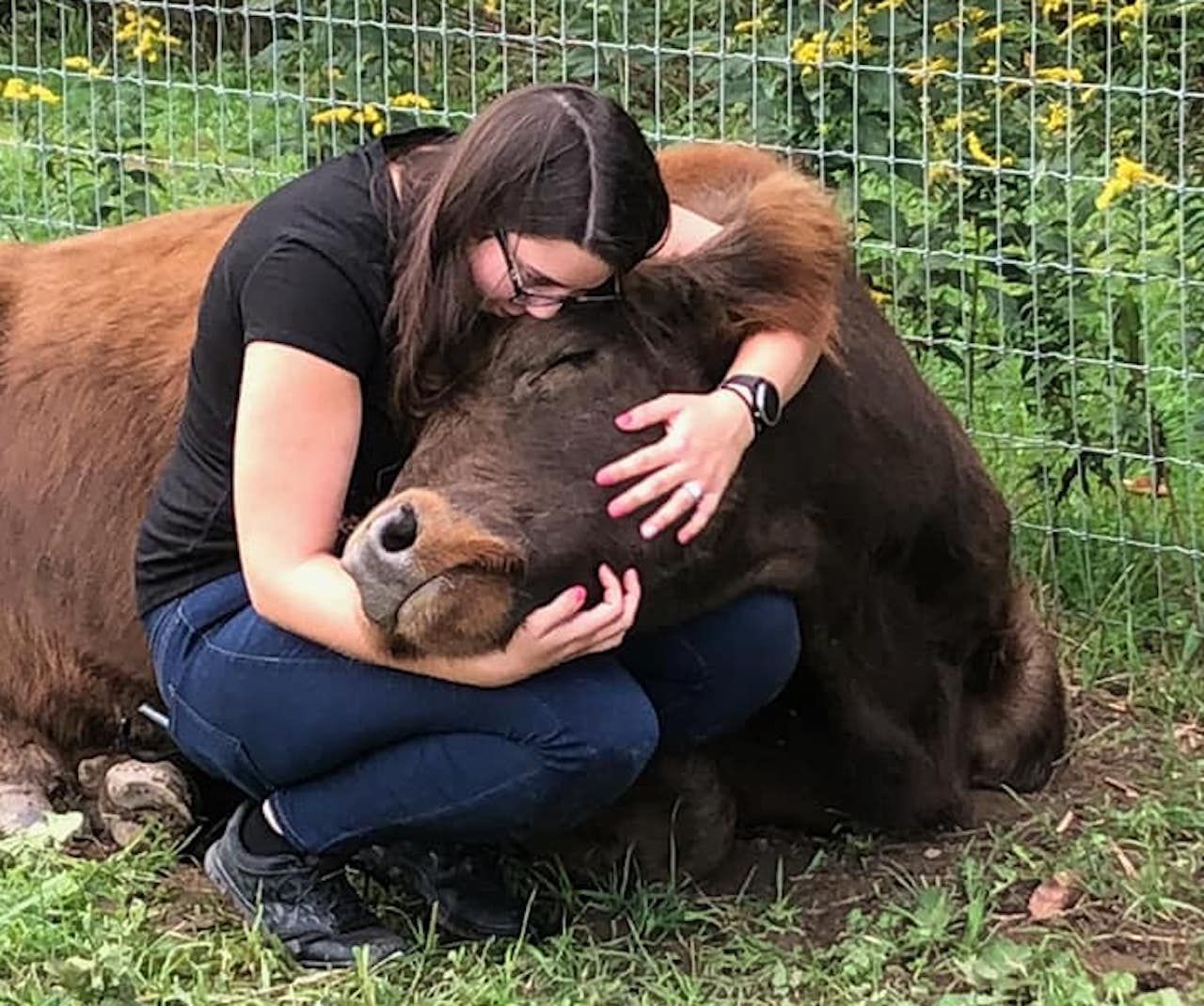 Don’t plan on getting much work done if you visit this horse farm in Naples, New York. The 33-acre bed and breakfast and horse sanctuary doesn’t have much in the way of WiFi or cell service, but it does have plenty in terms of playing with animals. Not only can you participate in Horse Clinics, where you learn from experts how to connect with these equine beauties, but you’ll also have the option to snuggle up to some of the farm’s rescue cows while they’re sleeping. The practice of “cow cuddling” is supposedly highly therapeutic and calming, a perfect activity at this country estate that’s a true digital detox.

2. Do yoga with puppies in Philly — The Logan Hotel 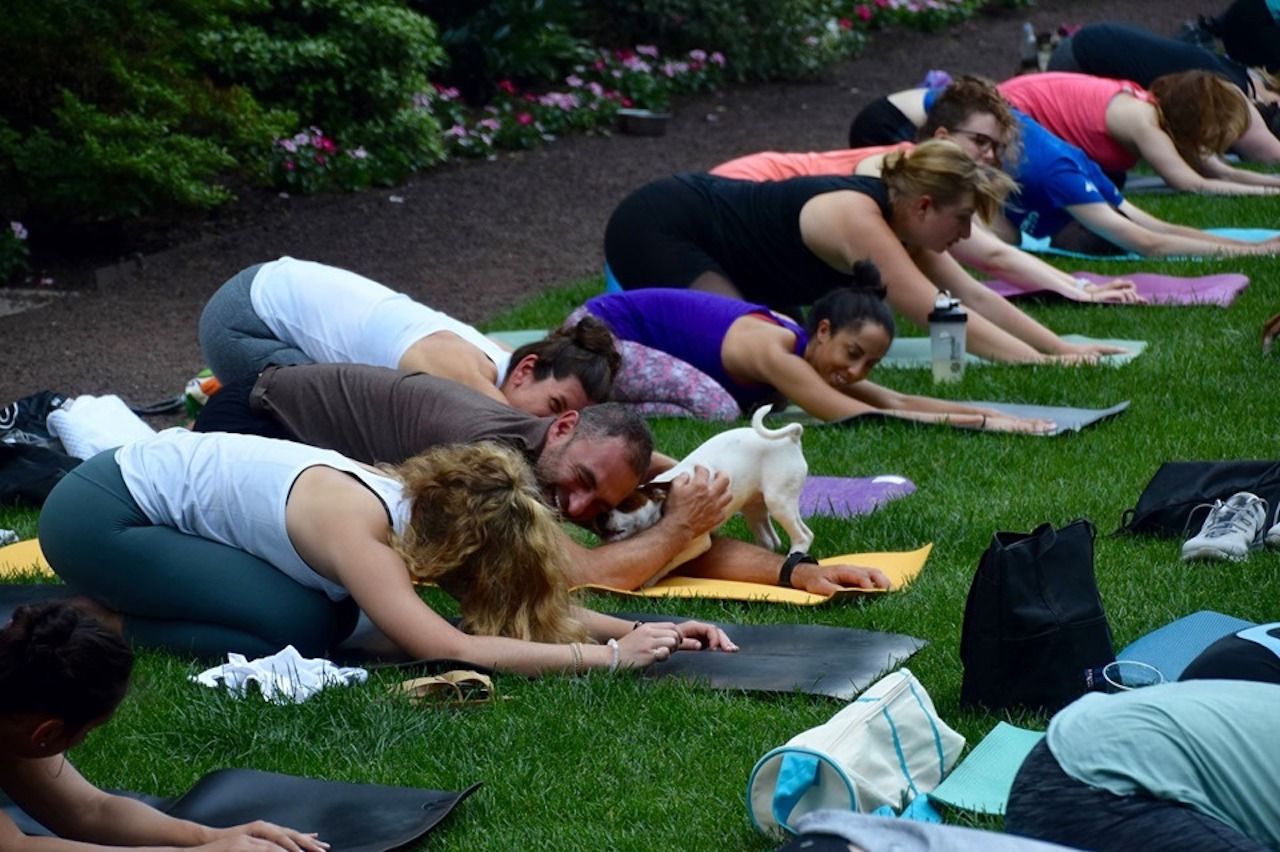 Not that frenetic, face-licking puppies are exactly the ideal models for downward-facing dog, but at least they’ll give you something to focus on other than your aching hamstrings at The Logan’s puppy yoga classes. For a mere $25, you can take part in a 60-minute class where the Morris Animal Refuge brings a cadre of adoptable puppies to do yoga along with you. The class is led by Amrita Yoga, and the 90 spots are open to both hotel guests and anyone else who wants to join.

3. Snorkel with manatees in Florida — Plantation on Crystal River 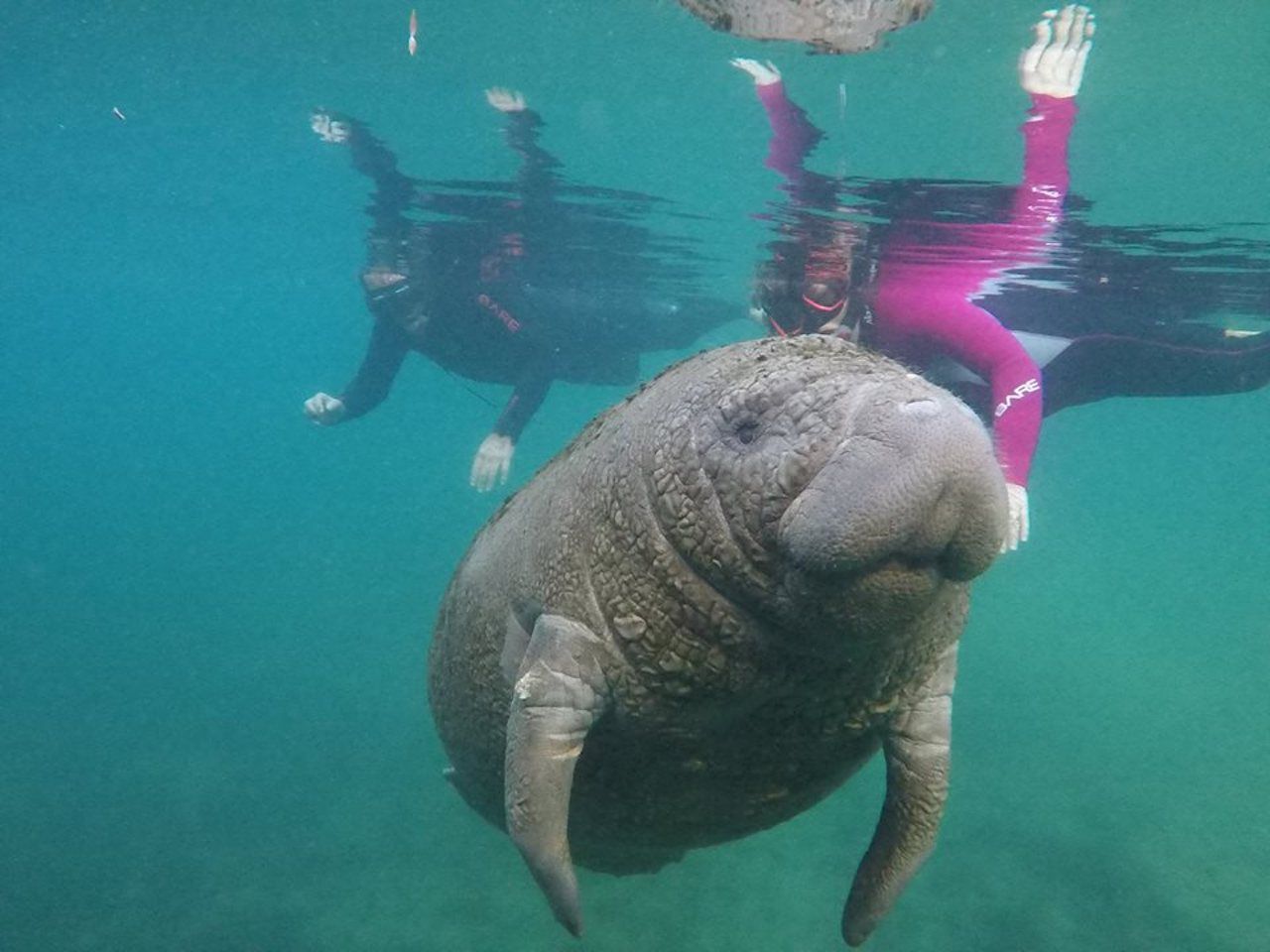 There’s nothing quite as alarming — and then immediately adorable — as snorkeling above a river bottom, seeing that river bottom move, then realizing you’re swimming on top of an 800-pound manatee. But that’s par for the course in Crystal River, the best place in America to swim with manatees. At Plantation on Crystal River, a sprawling old estate on the west coast of Florida, you can meander out back to Crystal River Watersports and spend a morning communing with these gentle giants. Just resist the temptation to try and ride one: Not only is it highly illegal, but it’s also a guaranteed way to end up the lead in a “Florida Man” story. 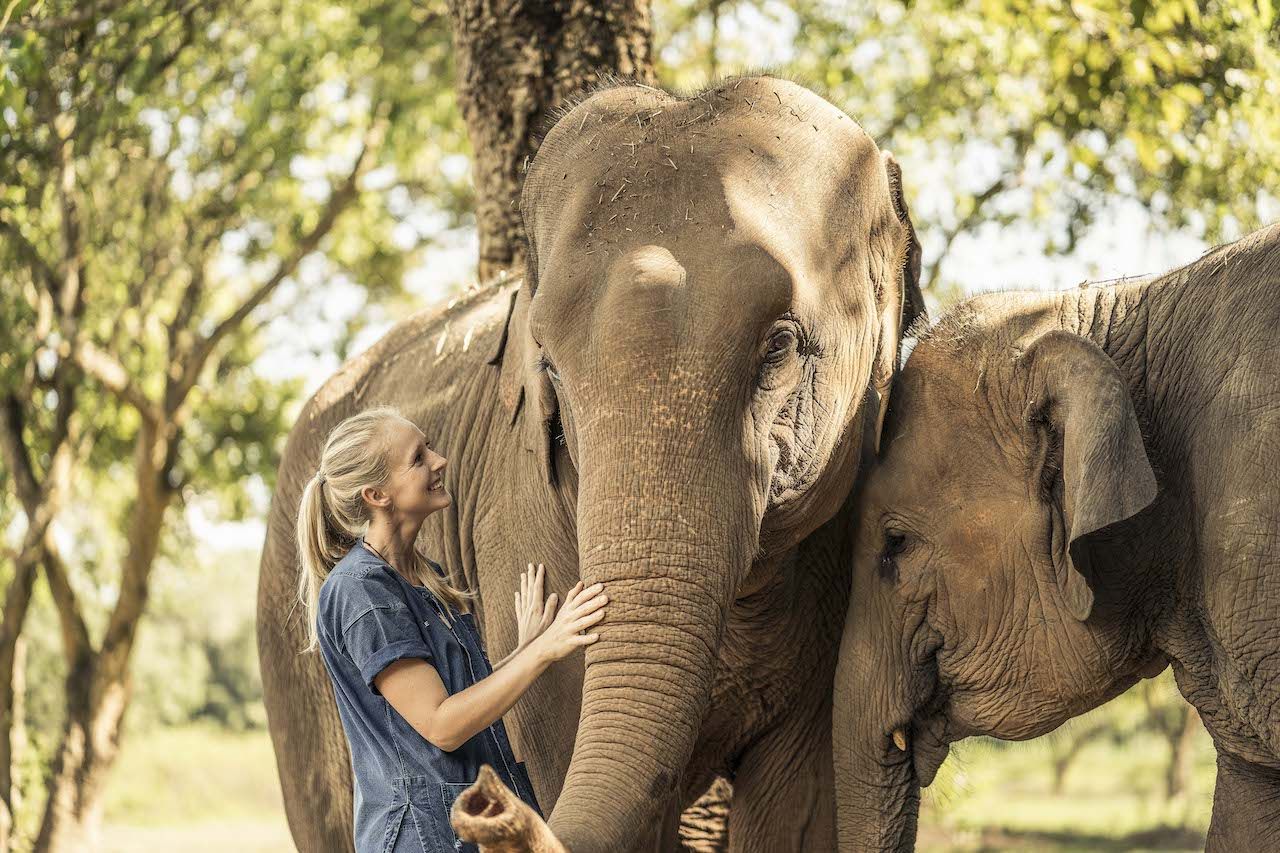 Elephant rides are one of the dicier animal encounters you can have abroad, as some have gained reputations for less-than-ideal treatment of their animals. Not the case at the Anantara Golden Triangle Elephant Camp & Resort, which has rescued 20 elephants from previously unethical environments and works with the Golden Triangle Asian Elephant Foundation to ensure these elephants are well cared for. Guests of Anantara can stroll among the impressive giants, socializing with them while they play in the water and munch on tropical leaves. No riding is allowed, but it’s an up-close experience with elephants that’ll leave you feeling a lot better than if you’d mounted one. 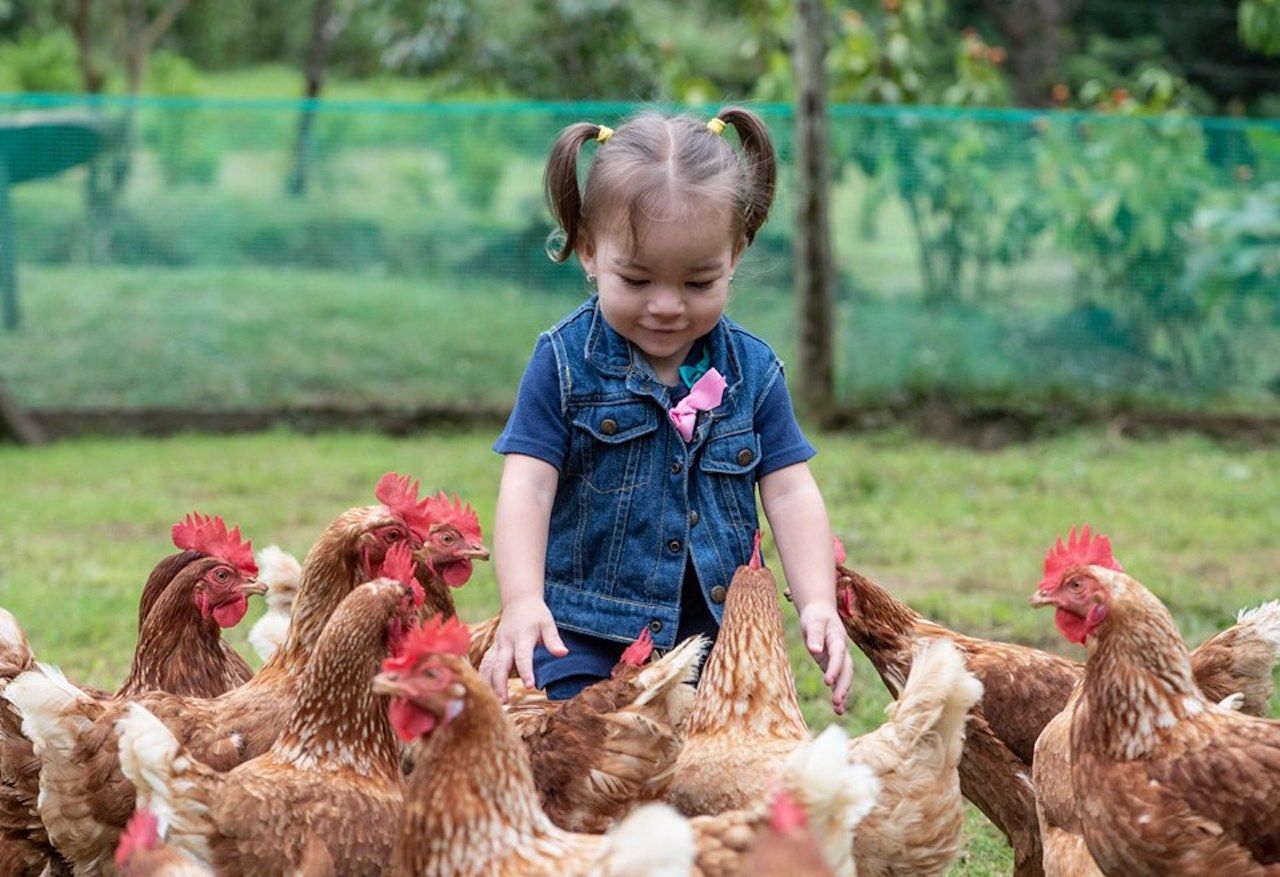 The folks at El Silencio Lodge and Spa believe you should get to know the animals providing you your dinner. Or maybe it’ll turn you vegetarian, who knows? Either way, this luxe eco-lodge in Costa Rica’s cloud forest highlands gives you an opportunity to help out on the farm every morning, feeding the fish in the on-site trout pond and playing with free-range chickens. You’ll get to feed the chickens as well as cuddle them all you like, which may or may not affect what you order later in the day. No word if they let you cuddle the trout too.

6. Paddleboard and swim with sea turtles in Barbados — Colony Club 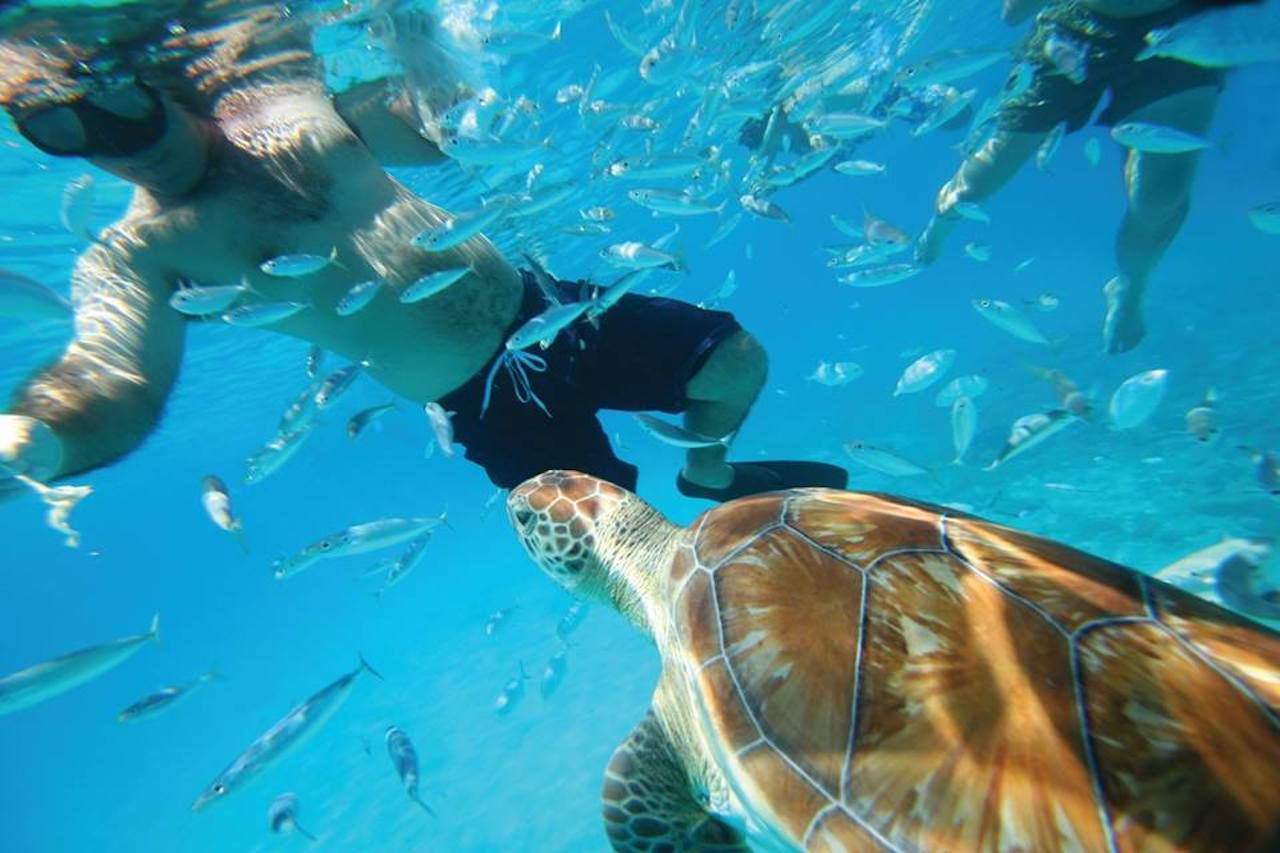 Snorkeling with sea turtles isn’t a difficult activity to come by. But the Colony Club along Barbados’s fabled Sunset Beach offers you something different: a full day excursion to a secluded restaurant where you’ll also get an insane core workout. Once a week the club offers a stand-up paddleboard and turtle swim excursion, where you’ll paddle out to the Lone Star Restaurant, enjoy a lunch on the beach, then jump in the water and swim with once-endangered leatherback and hawksbill turtles. After you’ve gotten as close to the turtles as you can in nature, you’ll paddleboard back, making for an enriching yet exhausting afternoon. 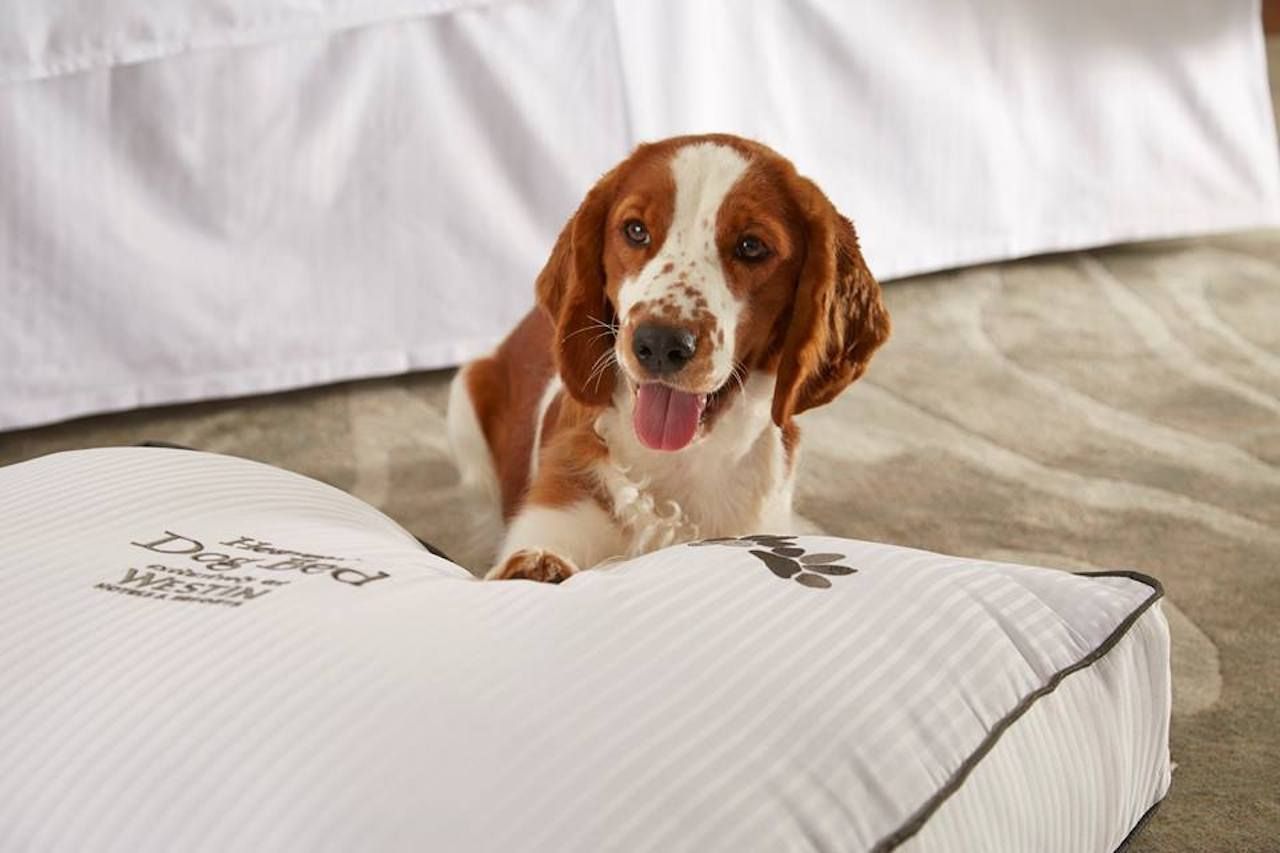 Playing with an animal on vacation can be fun, but sometimes it leaves you wishing you could take that kissable little guy home. Well, the Westin Mission Hills in Palm Springs gives you animal encounters that’ll last for years with adoptable animals available in the hotel’s lobby. The program — done in conjunction with nearby Animal Samaritans — has found homes for over 100 dogs since its inception and will help you with the logistics of getting the animal home too. 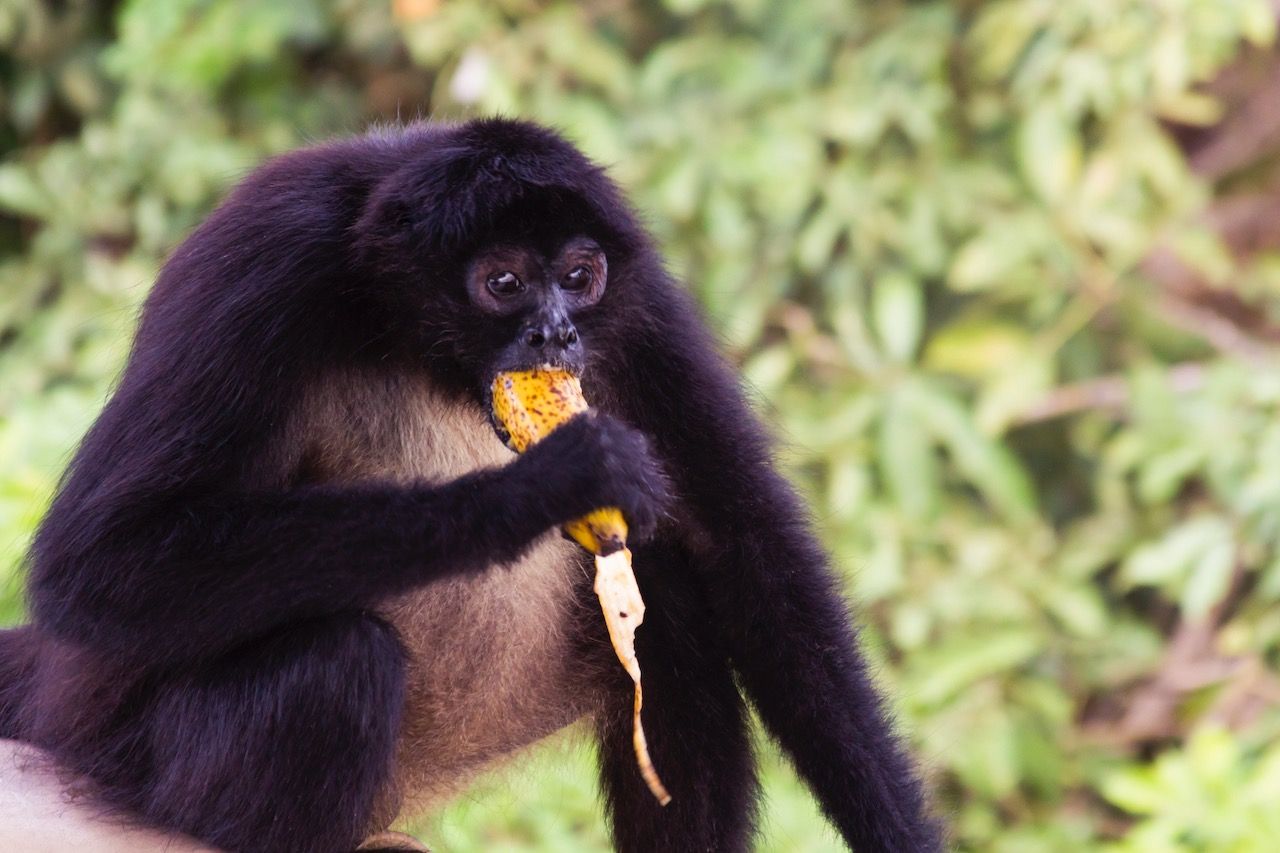 Anyone who’s ever returned to their room service breakfast and found it completely obliterated by monkeys knows they don’t wait for invitations to share in your food. You’ll have a far less frustrating experience at the Las Lagunas Boutique Hotel, located on over 300 acres of nature reserve rich in native flora and fauna. The hotel offers daily boat rides to Monkey Island, where you can watch the monkeys play in the jungle and feed them food that’s not from your breakfast tray. On the way, you’ll likely meet Margarita, the island’s most famous resident, who’ll hop from a tree right onto your boat, pose for pictures, and grab some snacks to go. 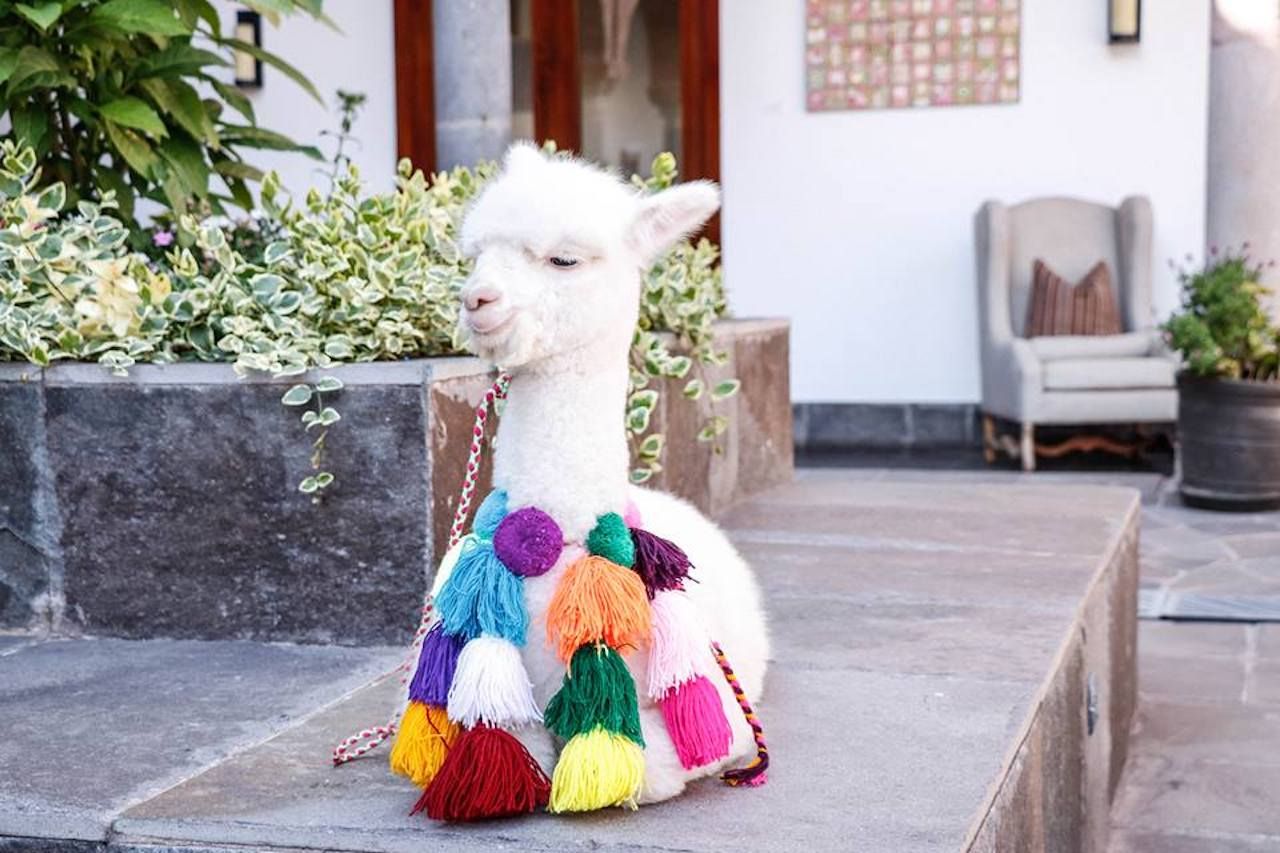 This convent turned hotel is already one of the coolest hotel experiences you can have in Cusco, but it’s made even more memorable with a short drive to Awana Kancha. At this llama, alpaca, and vicuna farm, you’ll spend an afternoon feeding, petting, and generally interacting with its residents. After giving the good grass to your new four-legged friends, you’ll then get a live textile weaving demonstration from local women. Once back at the hotel, it’s time to meet Panchita, a cuddly baby alpaca who makes daily visits to the courtyard for apple snacks. 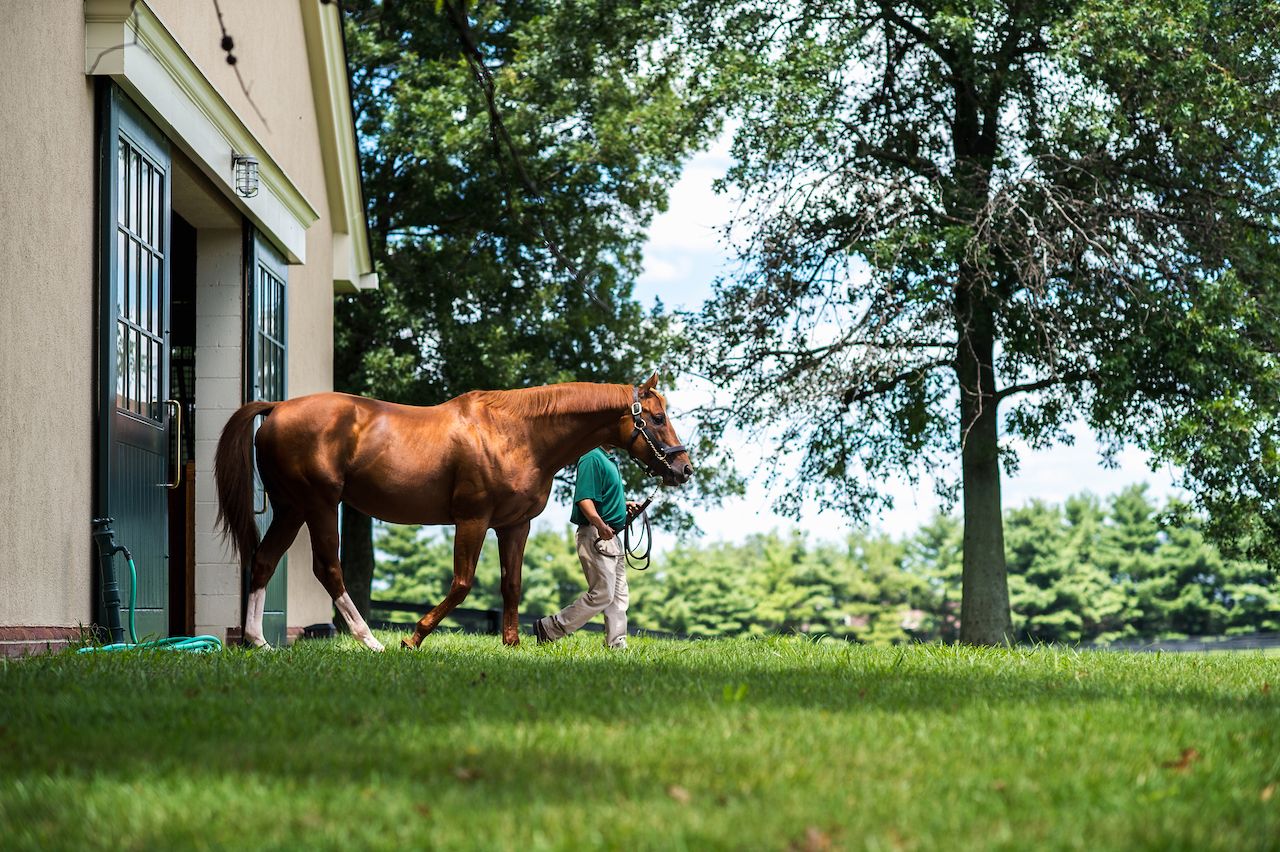 It’s not often hotels give you a chance to visit championship professional athletes in their retirement homes. But in the horse capital of the world, the Sire Hotel Lexington coordinates excursions out to the Kentucky Horse Park, a 1,200-acre farm where championship race horses spend their days grazing, galloping, and interacting with visitors. The same program also offers tours to the Ashford Stud Farm, home to American Pharaoh and Justify, the two most recent Triple Crown winners. If your kids insist on riding a horse after they’ve seen these stallions, the farm also offers a youth riding program so children can learn the basics. 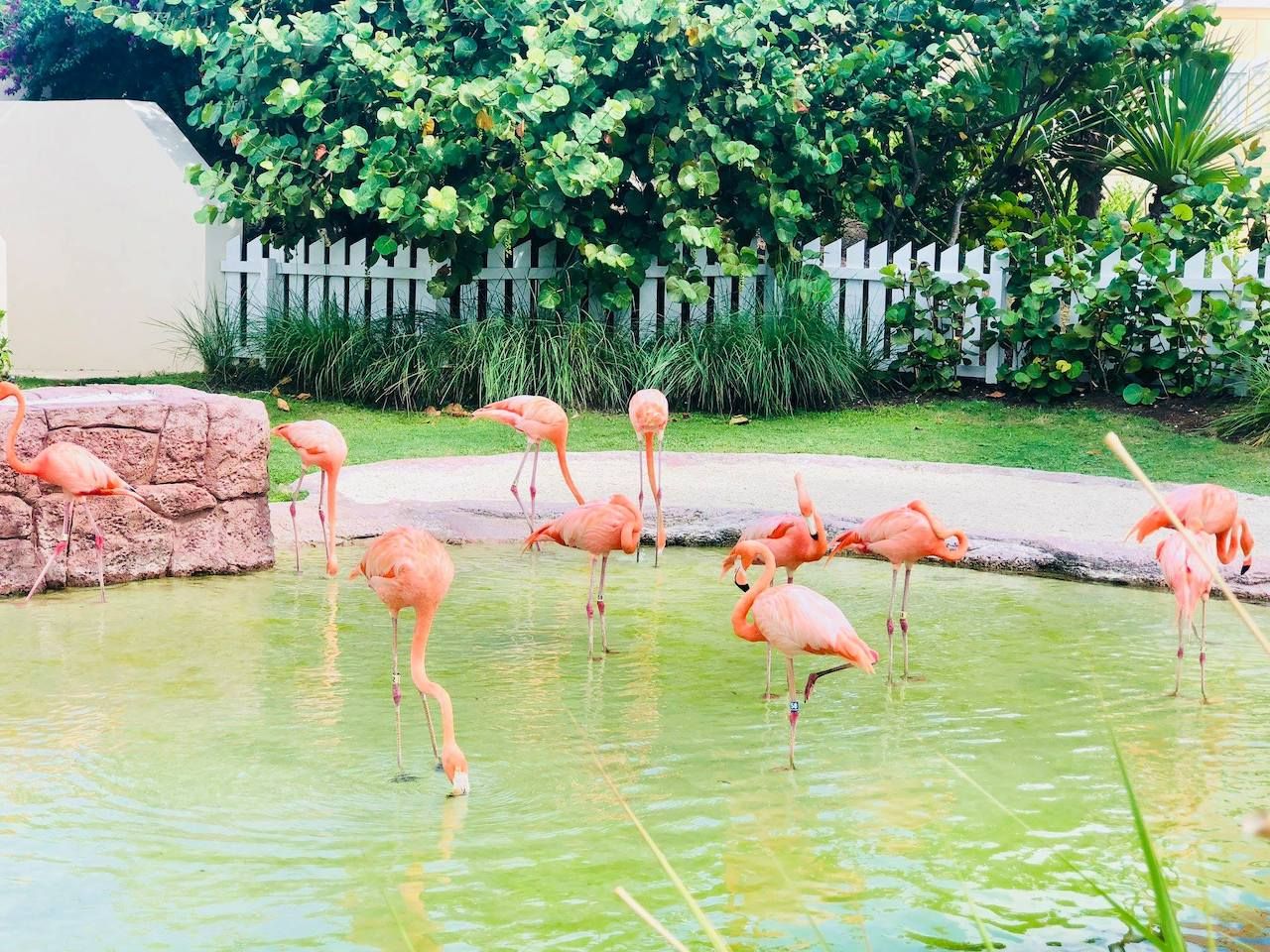 Flamingos seem to be the decoration du jour, and if you want to not only see them in person but also do an exercise class with them, head to the Grand Hyatt Baha Mar near Nassau. Here, you can take yoga classes right next to the hotel’s resident flock of flamingos: Baha, Indy, Luca, and Lynden. And maybe use them as inspiration for holding those one-legged poses.

SustainabilityHow To Have an Ethical Wildlife Experience in Thailand
Tagged
Insider Guides Epic Stays Wildlife
What did you think of this story?
Meh
Good
Awesome