If the history of colonial New York teaches us one thing about our forefathers and mothers, it’s that they loved a good drink. Thanks to the state’s hops- and barley-friendly climate, the country’s first commercial brewery opened in Manhattan in 1632. Distilleries, run mostly by farmers, soon followed. Around the early 1900s, the state had about 1,200 distilleries and some 400 breweries.

As the noble experiment of Prohibition began in 1920, alcohol production quickly scurried underground — and into bathtubs and backyard sheds. Within five years, New York City had 100,000 speakeasies and nightclubs, most protected by gangsters, with dozens more along the Hudson River, which served as a conduit for bootlegged spirits from Canada. From road to rail and river, the region was infamous for its enterprising smugglers. One inspired team was even suspected of sneaking their illicit cargo upriver via submarine.

Prohibition may have ended in 1933, but high taxes and bureaucracy kept small distillers from making spirits in New York for nearly 70 years. When distilling finally came back to the state, it started in the Hudson Valley. 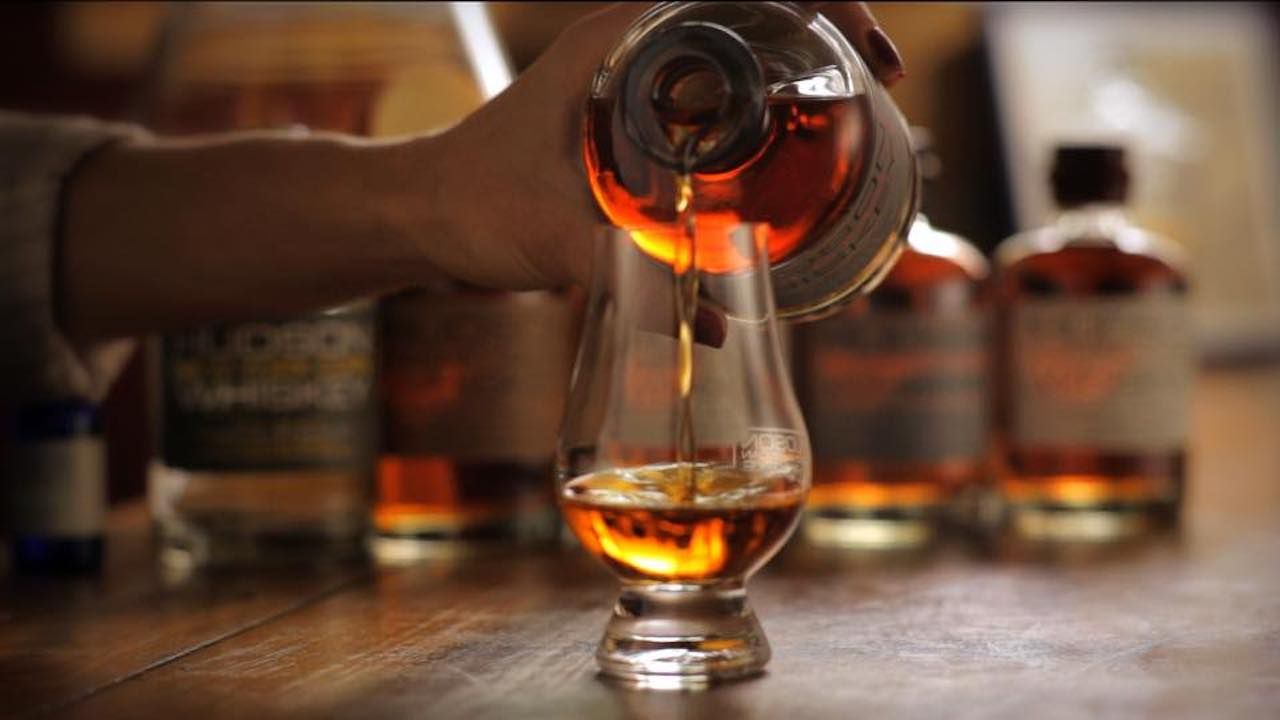 New York’s modern spirits industry can be traced back to a gristmill in Gardiner, a town of less than 1,000 people in Ulster County that has rolling hills carpeted in thick blades of grass and trees that drop a harvest-hued rainbow of leaves in the fall. Ralph Erenzo bought the property (including the gristmill) in 2001. Residents blocked his plans for a campground, and a legal fight ensued. Eventually, a local zoning officer told him about a new state initiative that lowered the previously exorbitant fees for distilling. The law allowed microdistillers that make less than 35,000 gallons a year to pay $1,500 for a distilling permit rather than the $65,000 larger operations must pay.

An industry novice, Erenzo spent the winter learning from farm-based operations in Europe. “I felt pretty confident this same form could work in the United States,” he says, “especially with the trend toward craft goods.”

In 2005, Erenzo and his business partner, Brian Lee, founded Tuthilltown Spirits, the first legal distillery in New York since Prohibition. Erenzo sold their first products, literally out of the trunk of his car, up and down the Hudson Valley. 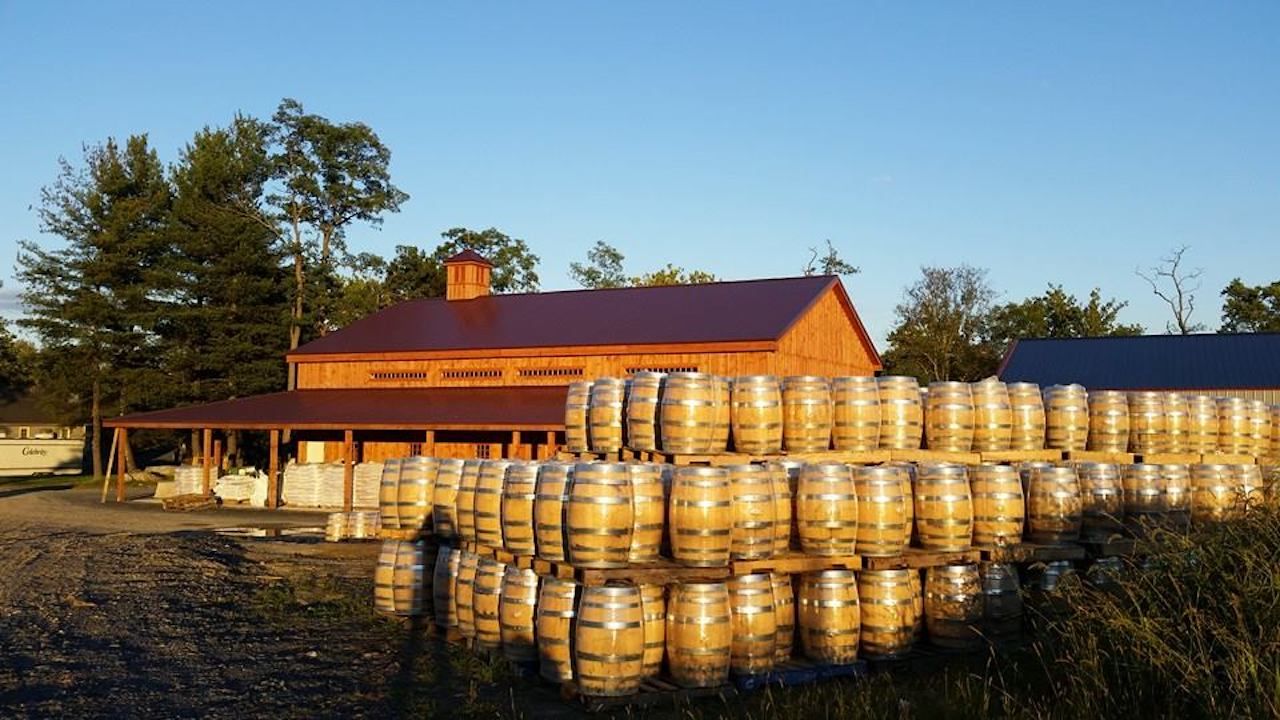 He didn’t stop there. Erenzo was one of the driving forces behind the 2007 Farm Distillery Act, which incentivized distillers to use New York-grown grains. Thanks in part to Erenzo’s push to bring distilling back to the state, there are now more than 100 distilleries in New York — the second most in the country after California.

Progress isn’t limited to spirits. In 2012 and 2013, Governor Andrew Cuomo passed the Farm Brewing and Farm Cidery laws, which overhauled antiquated alcohol control laws, reduced licensing fees and taxes, slashed the waiting time for license approval in half, and created a grant program for craft-beverage marketing.

Alejandro del Peral founded Nine Pin Cider in Albany in 2013 after experimenting on his own and working as an apprentice cider maker in Vermont. He calls New York’s legislation “incredibly progressive.” He notes that the benefits aren’t just for beverage producers, but also for farmers, thanks to the requirement in the farm bill laws that at least 75 percent of produce must be grown in the state.

“In the Hudson Valley, we have some of the best agricultural land there is,” del Peral says. “Rural areas like ours were embracing farm-to-table before people in the city knew it was a thing. We should be known for our farm-based products.”

Since 2012, more than 1,000 craft beverage makers have set up shop in New York. The Hudson Valley has proven to be a hotbed of creation, with 93 businesses making beer, cider, wine, or spirits opening between 2012 and 2018. The region is both the fastest growing and has the most breweries in the state, with more than 50 in the mid-Hudson Valley alone.

These range from Keegan Ales in Kingston, maker of Mother’s Milk, a New York Times top-ten North American stout to Galway Rock Vineyard & Winery in Ballston Lake, which crafts small-batch red, white, rosé, and sparkling wines from 100 percent New York–grown grapes. Some of the breweries have become world-class destinations for beer lovers, like Hudson Valley Brewery and Suarez Family Brewery. Tuthilltown is far from the only distiller now, too, with the addition of places like Olde York Farm in Claverack, which makes spirits flavored with local produce like rhubarb and ramps.

One of the reasons the laws have been so successful is because they granted the right to open tasting rooms. “Suddenly, we weren’t just in the distillery business, we were in the tourism business,” Erenzo says. “That changed everything.” 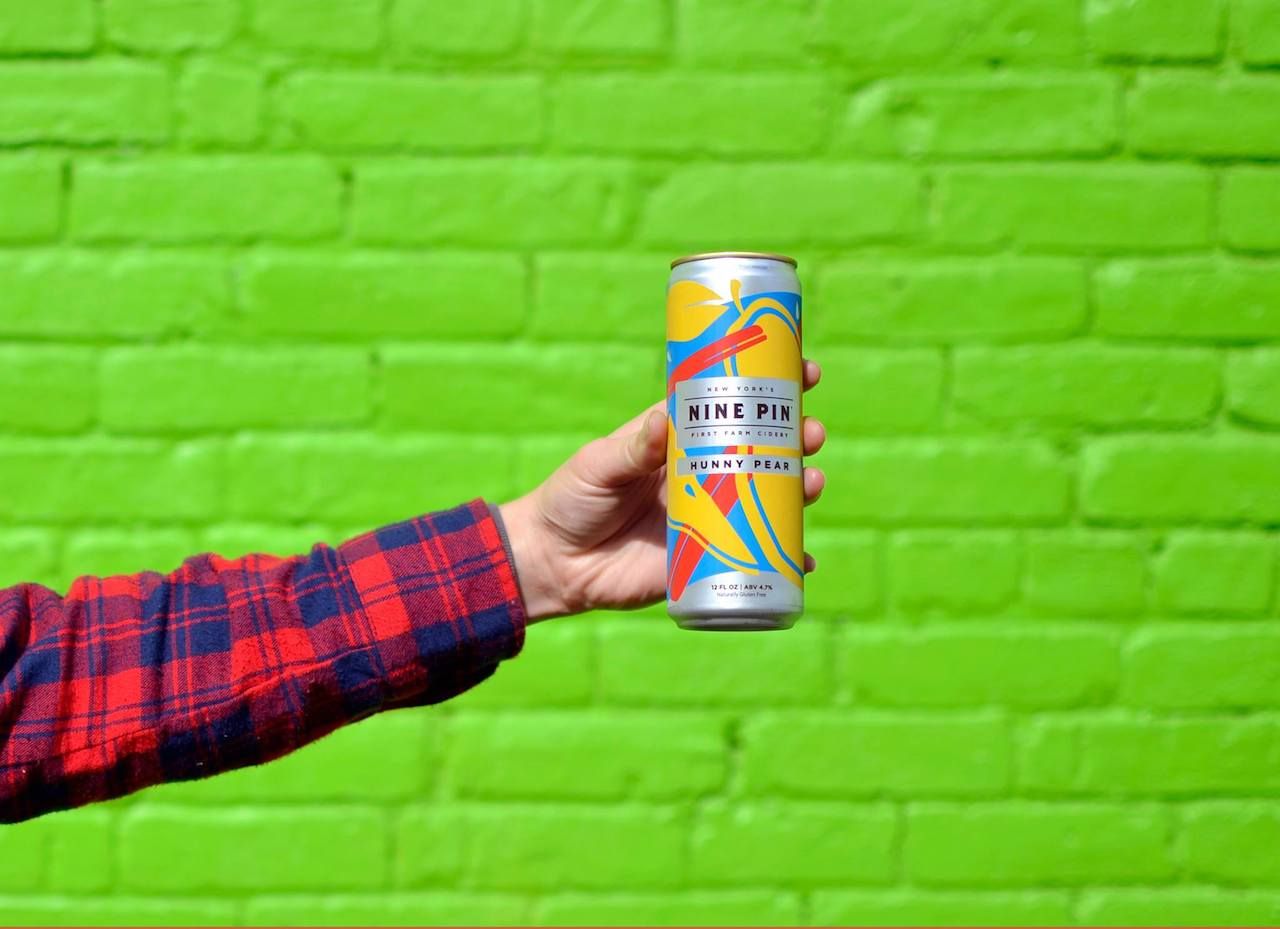 A diversity of options and vibes came along with the rise of craft beverages. The Nine Pin tasting room, located in downtown Albany, has an urban vibe. The garage-door entrance reveals a renovated warehouse with tall ceilings, metal columns, and chunky wood tables where patrons can play board games and listen to live music. They can also sample nine ciders ranging from dry to ginger to a full-bodied rosé cider. Nine Pin offers original cocktails and several local beers, plus snacks like locally made cheese, pizza, and hand pies.

In addition to Nine Pin, del Peral co-founded the Capital Beverage Trail, one of six trails in upstate New York. Originally a four-stop tour, the trail currently has more than two dozen producers.

“There’s no better group of people to have as your peers,” del Peral says. “We all understand that our success is dependent on us working together. We know we have to establish our place in the landscape.”

Their place is now recognized by a growing number of people, who, much like those early colonial settlers, value a good craft beverage.

“Cocktail and brew culture has seen a huge resurgence,” Treski says. “A lot of people have an understanding and appreciation of the craft. They keep coming back because they know what’s produced here takes time, labor, and a lot of love.”

Where to drink in the Hudson Valley 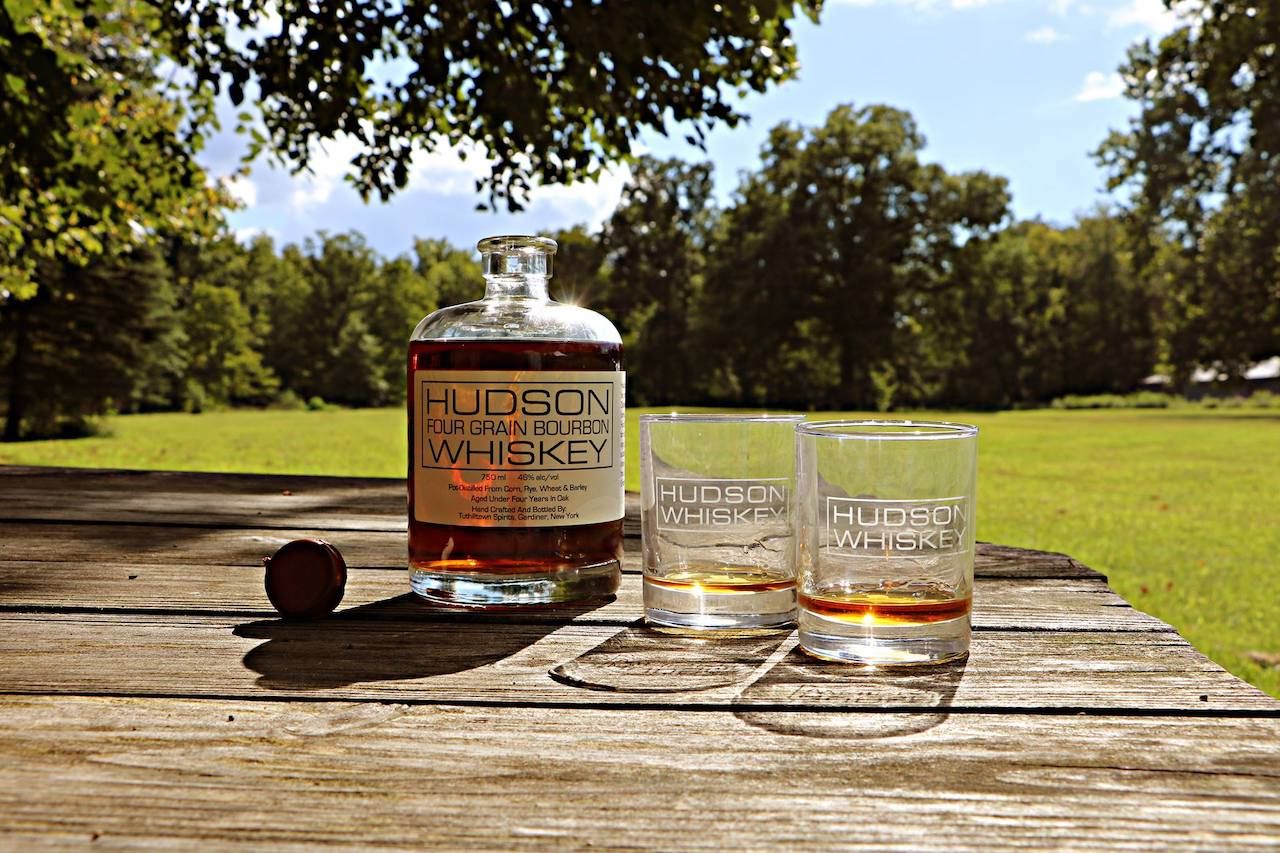 Tuthilltown Spirits: See where New York’s modern distilling movement started. The brand’s Hudson Baby Bourbon is perhaps the most popular, but there are plenty of other options to try like the rye, vodkas, gins, and liqueurs.

Nine Pin Cider Works: Games and live music complement the house-made ciders on tap in this Albany cidery that was New York’s first farm cidery. The ciders are made using apples sourced entirely from capital region and the Hudson Valley. 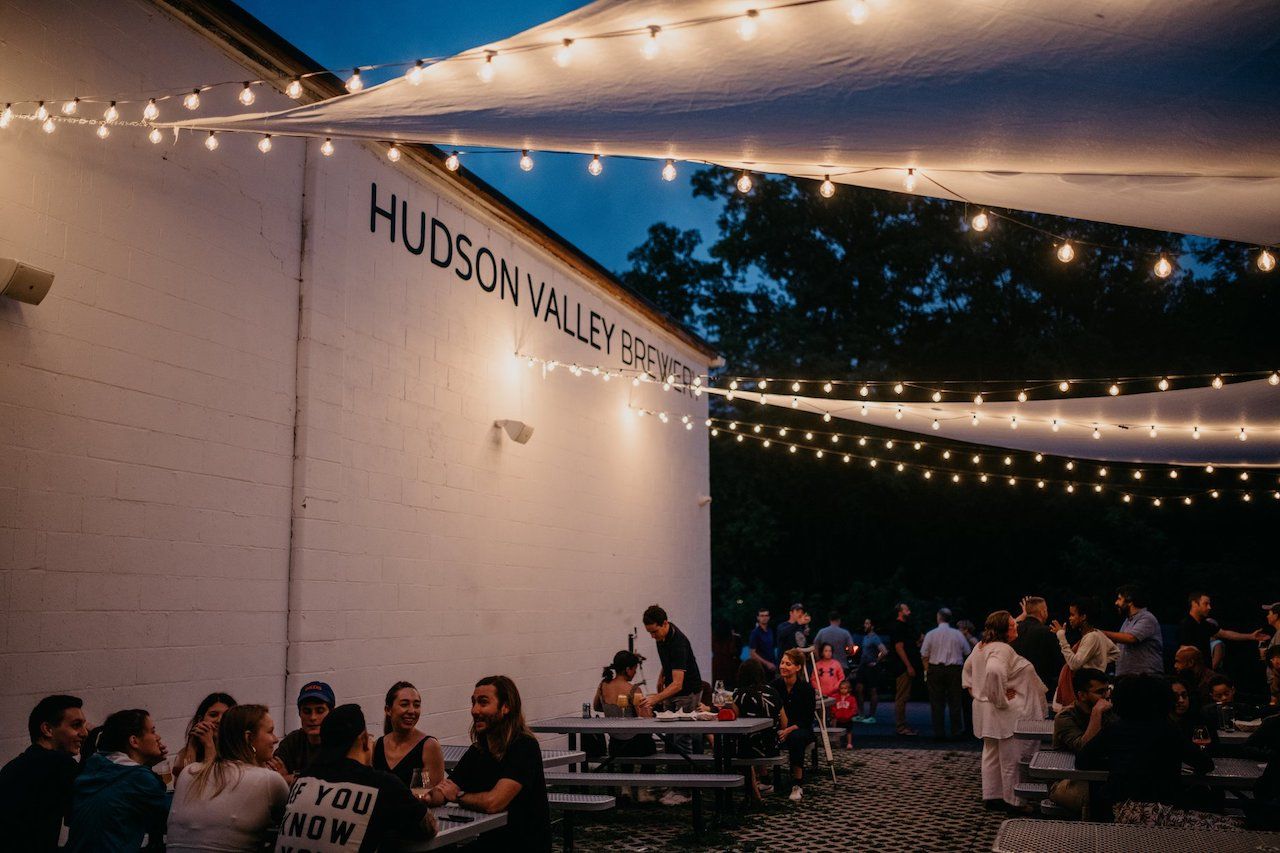 Keegan Ales: An award-winning brewery that’s been open since 2003. Take a tour to see what makes the beers so great, and make a day of it by sampling fresh brews and eating at the on-site restaurant. 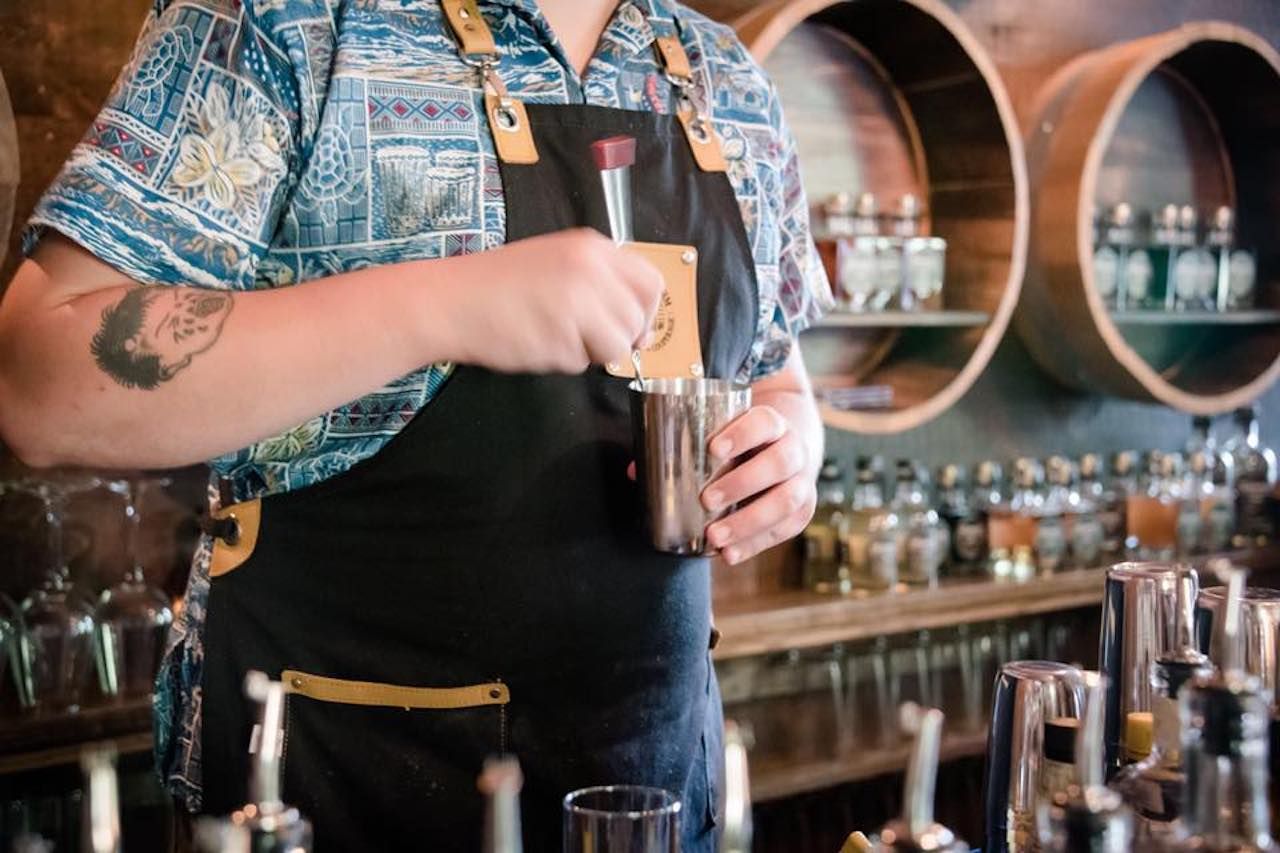 Olde York Farm: A woman-owned and family operated distillery that makes seasonal batch spirits using foraged and farmed ingredients from the Hudson Valley. It’s always worth checking out what’s new when nearby (or even better, staying at the Distillery Suite that’s listed on Airbnb).