When you think of driving down the highway, with the window down and the radio blaring, you probably don’t imagine doing so in a Lada, a Trabant, or a Mini (you wouldn’t hear the music over the sound of the engine, anyway). Yet, these cars, symbols of the countries in which they were designed or adopted, are probably the most recognizable vehicles in the world. Some may now be regarded as “the worst cars in history,” but that doesn’t take away from their cool AF status. Here are the seven most iconic cars from around the world and the stories behind their popularity. 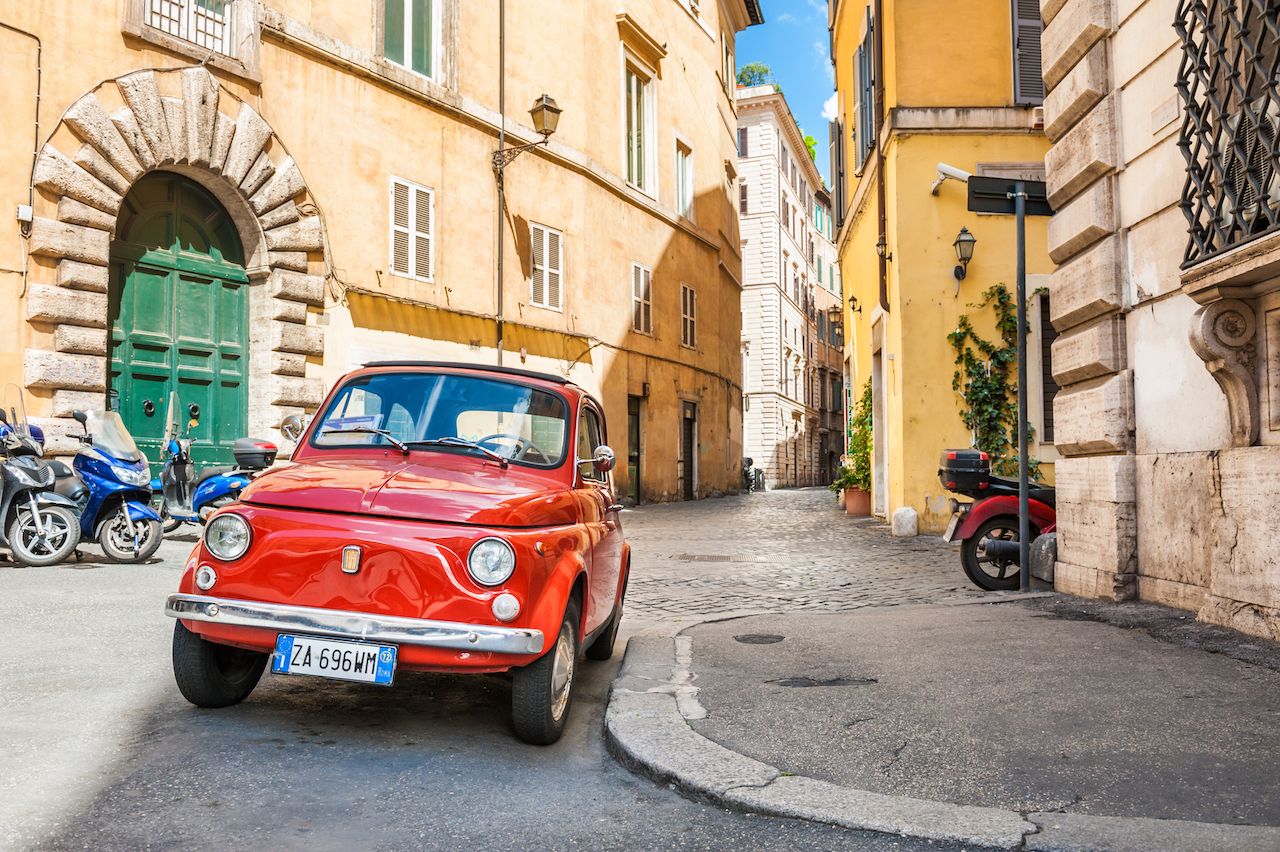 There is nothing more quintessentially Italian than cruising the streets of Rome in a Fiat 500 (if you can handle the way Romans drive, that is). The Fiat 500 Cinquecento was developed from an earlier model endearingly called Topolino (“little mouse”) and was designed to be a small, affordable car for all Italians. The original model was only nine feet long, and it hasn’t grown much over the years. Launched in 1957, it was designed to fit the winding, narrow streets that are common throughout Italy. It’s gone through many iterations over the years but remains a popular car, with over 60,000 modern Fiat 500s sold worldwide in the first quarter of 2018 alone. 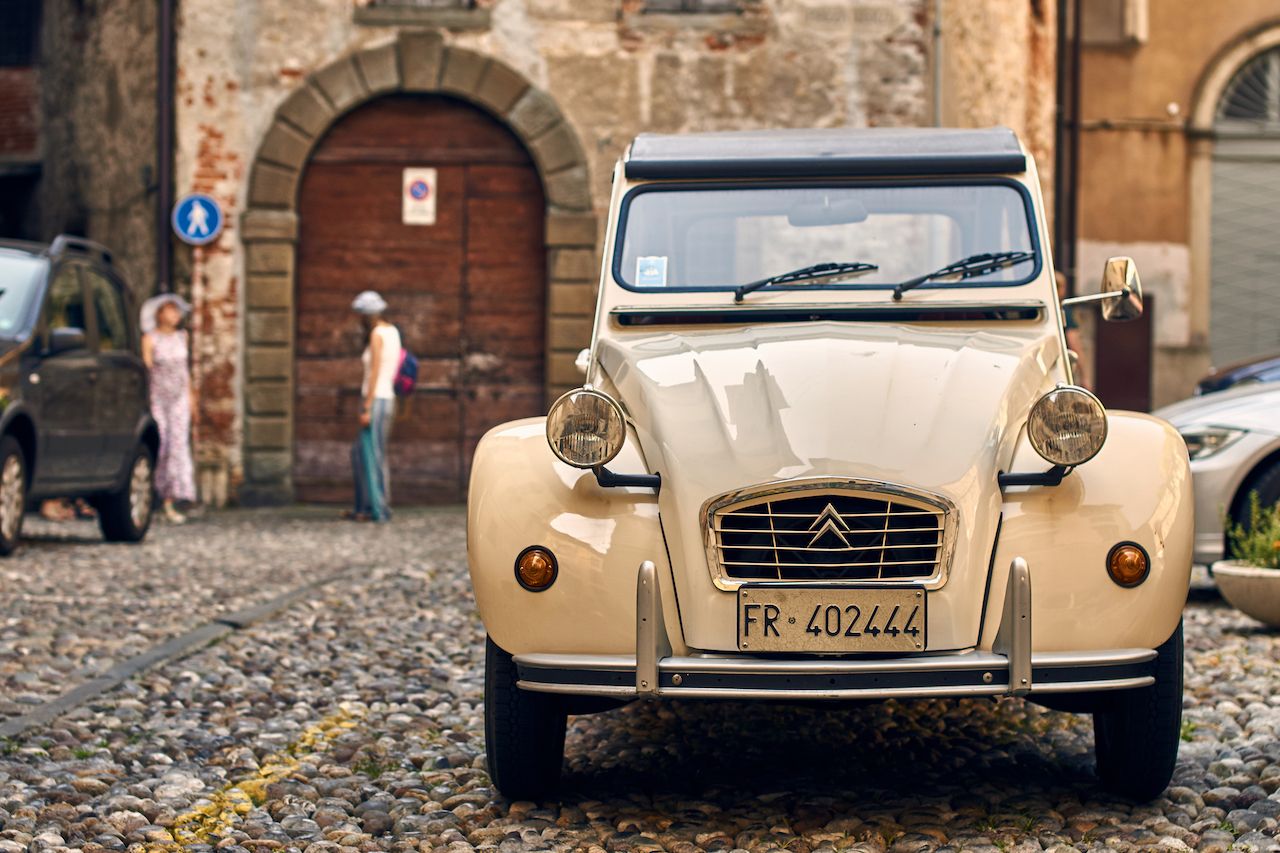 The Citroën 2CV was the first taste of motoring freedom in France following World War II. Although the car was designed in 1939 — to original specifications that included the ability to carry “four people and 50kg of potatoes or a demijohn of wine” — it wasn’t launched for the public until 1948. Despite its incredibly bouncy ride, the car was extremely popular. It was just what the average French family needed, and its popularity expanded worldwide — selling in over 40 countries. Ask any French person born in the fifties what their parents or their own first car was and you’re sure to hear the 2CV mentioned a lot. While production ended in 1990, you can still see many of these funny cars buzzing around France. 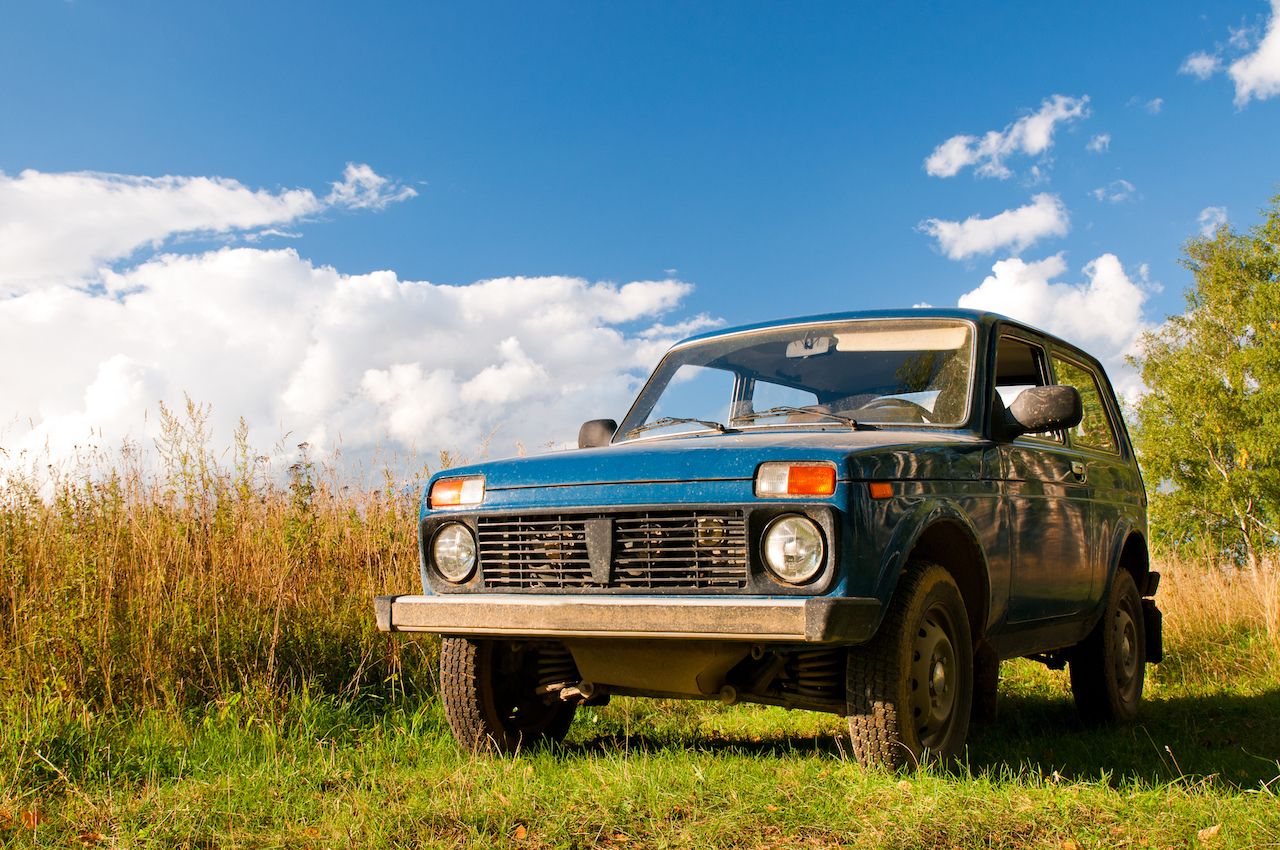 The Lada Niva (“Niva” is Russian for “crop field”) won’t win any prizes for its beauty. Best described as a compact box on wheels, it was designed in the 1970s to provide a cheap automotive off-roader. It had to be sturdy enough for farmers working in the fields, but zippy enough to serve the urban proletariat. Despite being the butt of jokes universally, Lada Nivas have actually managed to infiltrate most corners of the globe and they’re still in production today. If you want your very own slice of Soviet history, you can still pick up a Lada Niva in Russia or Germany, or an updated model in the US, but beware — given Lada’s multiple manufacturing plants worldwide, it might not be a blue Russian build. 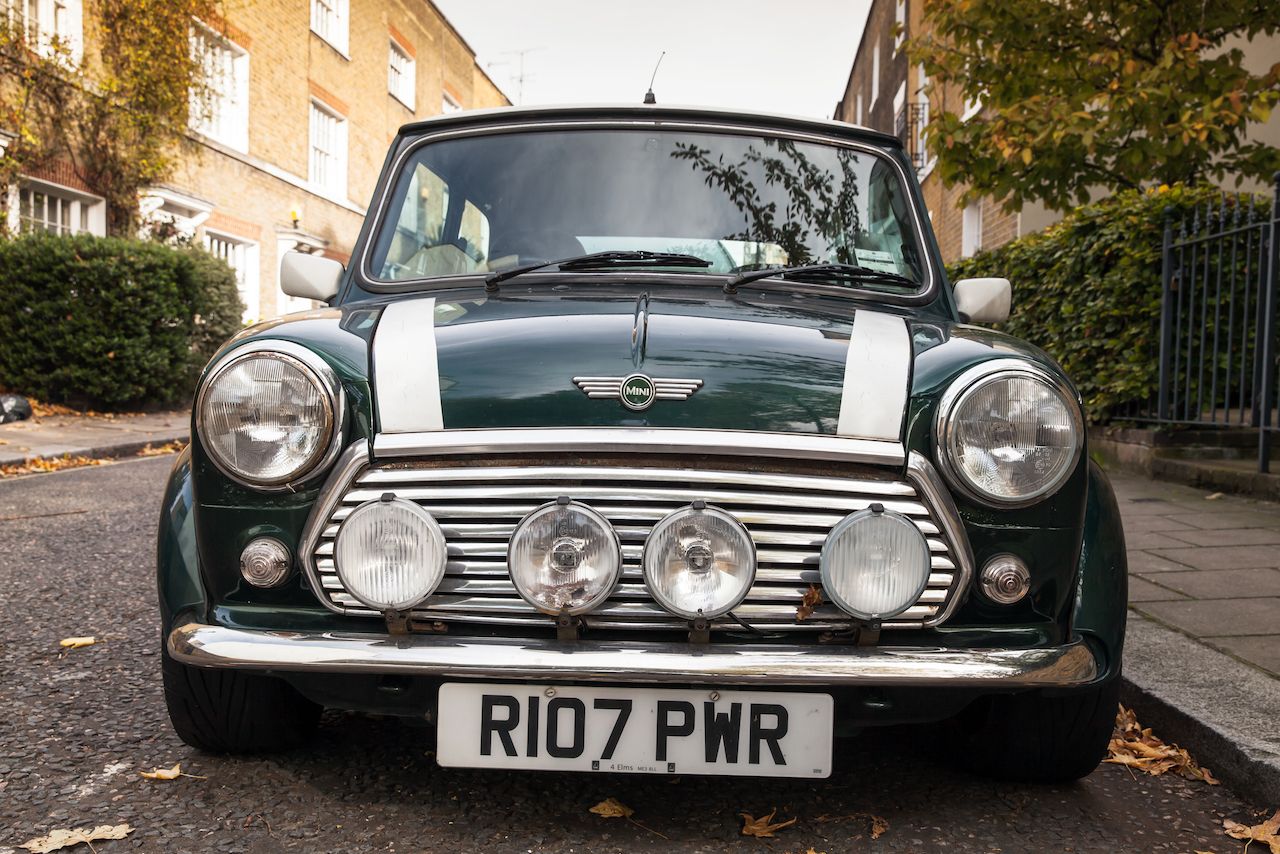 The Mini always brings to mind two things: the Spice Girls, and Mr. Bean. The original Mini was produced by the British Motor Corporation and its successors from 1959 to 2000, after which, BMW took over manufacturing. Designed to be economical due to the Suez Crisis and fuel rationing, it was originally launched as the Morris Mini Minor. Because of its small size and cost, the Mini (and its various iterations prior to 2000) sold 5.3 million units, making it the best-selling British car of all time. While modern Minis owe little to their earlier counterparts, the original Mini is recognized as a British design icon, and has been used to advertise everything from tea bags to transatlantic flights. 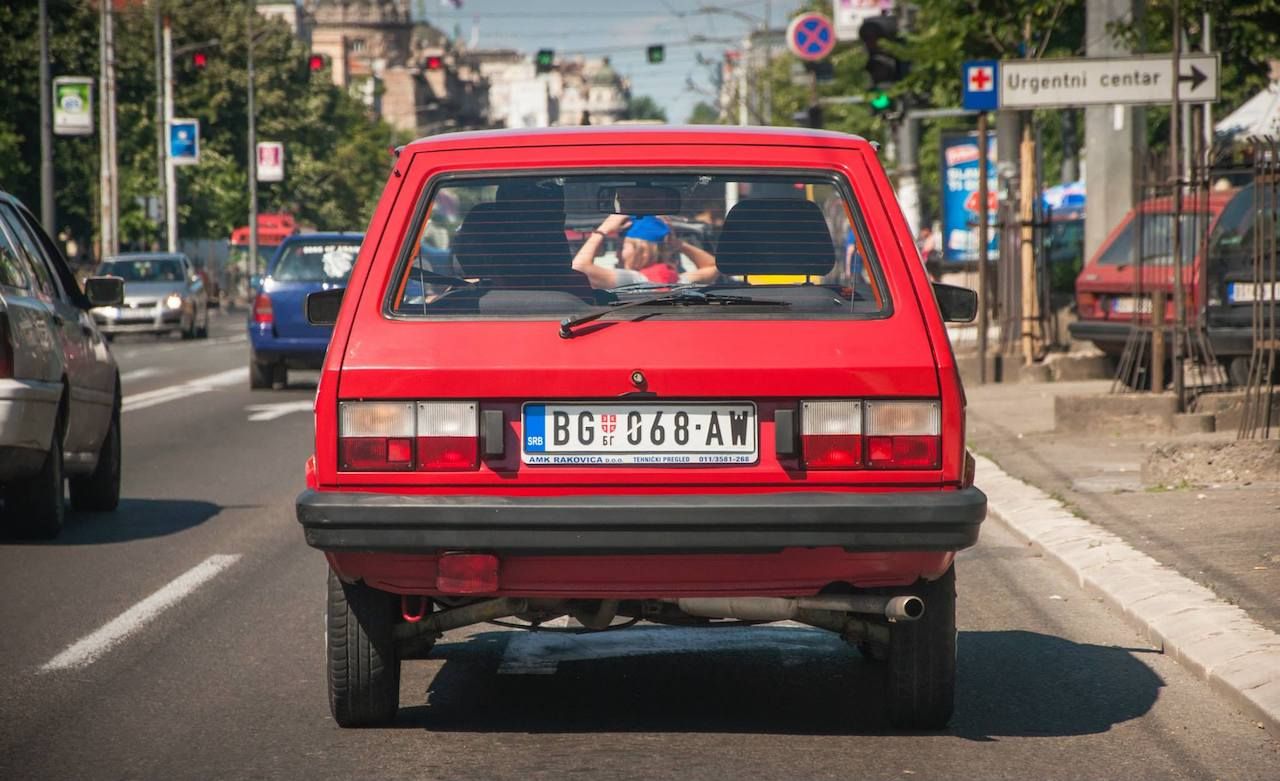 Lovingly referred to as the worst car in history, the Zastava Koral or Zastava 102 — more commonly known as the Yugo — was a poorly-designed abomination released on the world by the former Republic of Yugoslavia. While it was popular on its home turf following its release in 1980, it was less successful overseas. Despite being priced at only $3,990 at its American launch in 1986, Cold War tensions and the car’s terrible performance did little to raise its popularity. If you’re heading to Serbia, you might be lucky enough to spot one on the street — but why take the chance? Yugotour gives you the opportunity to cruise Belgrade in your very own Yugo for your own slice of Yugonostalgia. 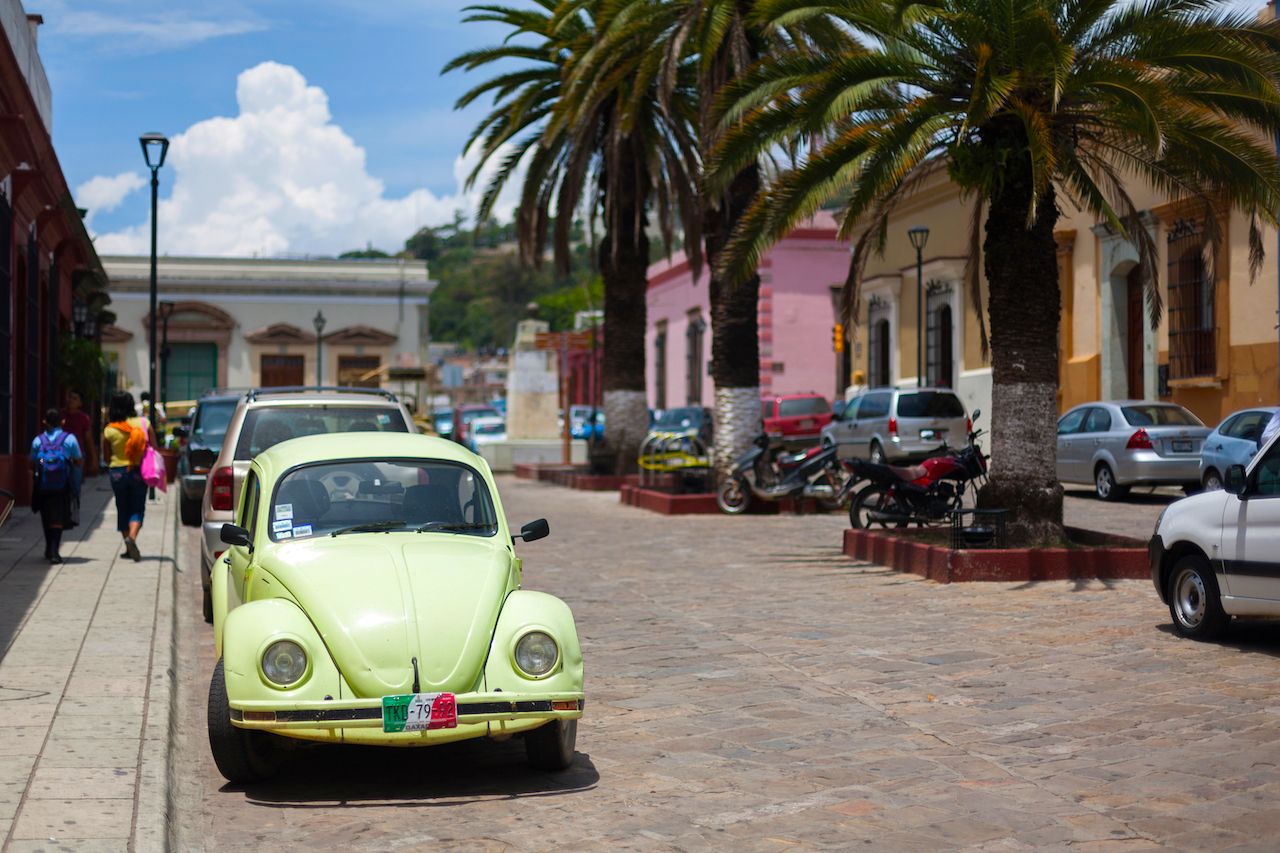 The Beetle, a popular family car designed in Germany in the 1930s, made its debut in Mexico at a 1954 German industry show. People came from far and wide to view this funny little round car, and Mexico was hooked. 50,000 Beetles were purchased in Mexico during the first year following its release, and they were eventually produced in the country. Easy to fix and fun to drive, Mexican taxi drivers adopted the Beetle as their official vehicle, which were known locally as the “Vocho.” Although Volkswagen Beetle taxis were made illegal in Mexico City six years ago due to their high emission rate, you can still find them on the streets of smaller Mexican cities. 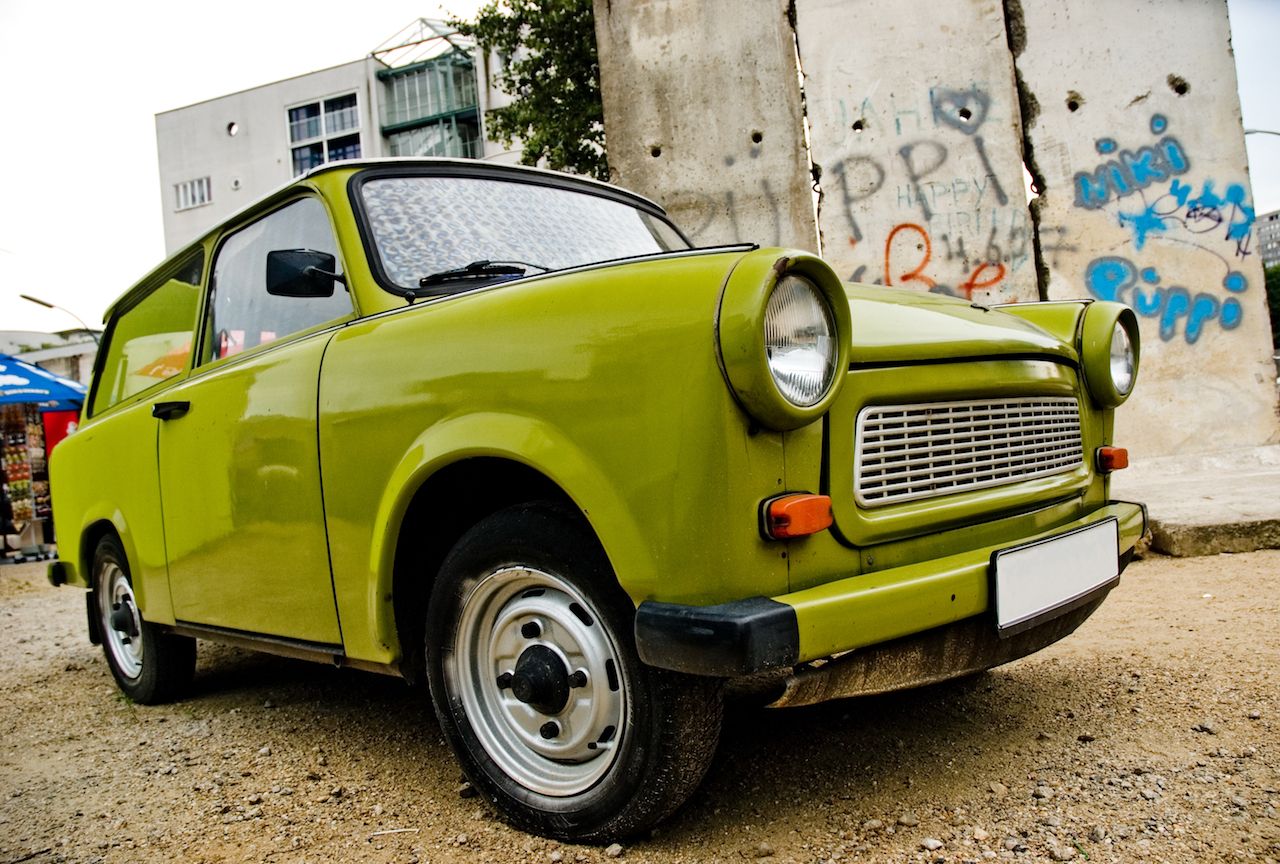 For East Germans, the Trabant was the car to have. Not that there was much choice on the market. Left with an old auto factory and a need to supply its people with cost-effective cars once the Berlin Wall went up, the East German government developed the Trabant — and it spluttered its way into history. Produced from 1957 to 1990, the car was made from a unique mixture of materials including old soiled rags from the USSR, cotton fiber, and plastic. Due to a lack of competition and availability, families waited years for a beloved Trabi — even if the two-stroke engine had a bad habit of dying. Even with its automotive shortcomings, a Trabant remains a popular collector’s item to this day.

NewsThis Map Shows the Top-Selling Car Model in Every Country
Tagged
Culture
What did you think of this story?
Meh
Good
Awesome