If you’ve ever traveled abroad and noticed that the traffic doesn’t exactly look like the traffic back home, you’re very observant. Tastes and needs vary per country, and so does the vehicles of choice. For example, European roads tend to be older and narrower than roads in the US, so bulkier SUVs and trucks that are popular in the US simply aren’t practical overseas. This map, created by Indigo, paints an interesting picture of the world’s top-selling car models by country. 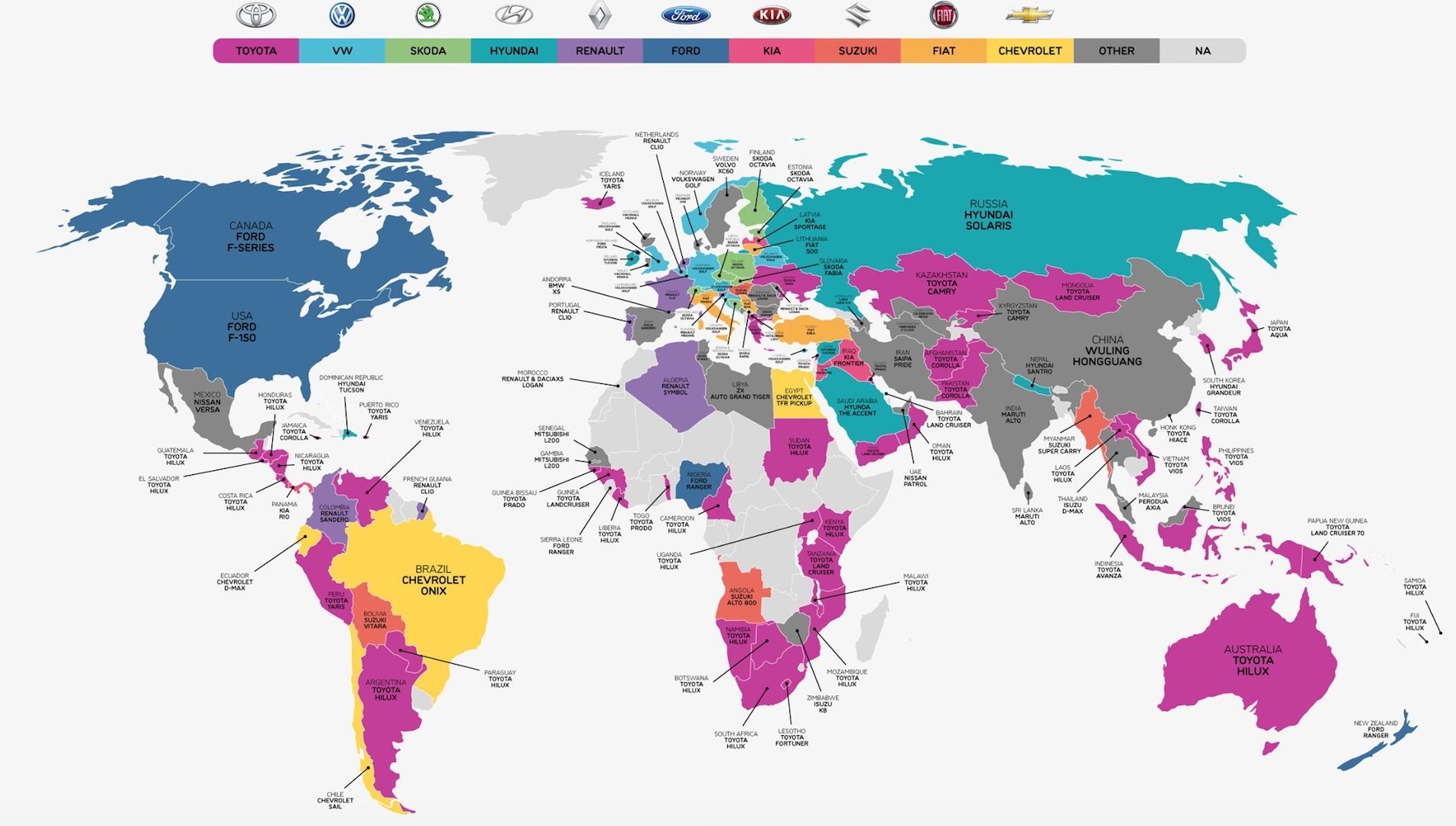 For a larger version of this map, click here and use the zoom-in function.

A few interesting trends instantly jump out at you. It might come as no surprise that for much of Southeast Asia (excluding India and China), Toyota is the car company of choice, or that Ford comes out on top in the US and Canada. Surprisingly, Chevrolet only dominates in a few countries, including Ecuador, Brazil, Chile, and Egypt. It’s also interesting to note the countries where less widely-known car manufacturers dominate the market. China and India specifically seem to prefer more local companies; Wuling and Maruti respectively are the most popular car manufacturers in those countries but do not appear anywhere else on the map.

The blank spaces shouldn’t be ignored either. Automobile use is so limited for much of central and western Africa, Madagascar, and Greenland, that it doesn’t even register on the map.