If there was ever any doubt about the importance of international trade to the US economy, this 2016 map should lay that doubt to rest. Posted by Redditor Yamamba78, with information compiled by the US Census Bureau, the map breaks down which country is the biggest trade partner of each US state. A quick glance at the map makes obvious that the US’s neighbors, Canada and Mexico, are our closest and most important trading partners. And in what looks like somewhat of an anomaly, Maryland’s biggest export partner is the United Arab Emirates — the Middle Eastern nation’s only appearance on any US import or export map.

33 states exported the most goods to Canada, while Mexico is second on the list with six states. If you’re looking for a Chinese presence on a trade map, you’ll have to consult a map of US imports instead, with 22 states importing more goods from China than anywhere else. You can also spot some other interesting trends as you peruse the map, like Ireland being Oregon’s biggest import partner, Indonesia for Hawaii, and Saudi Arabia for Louisiana. 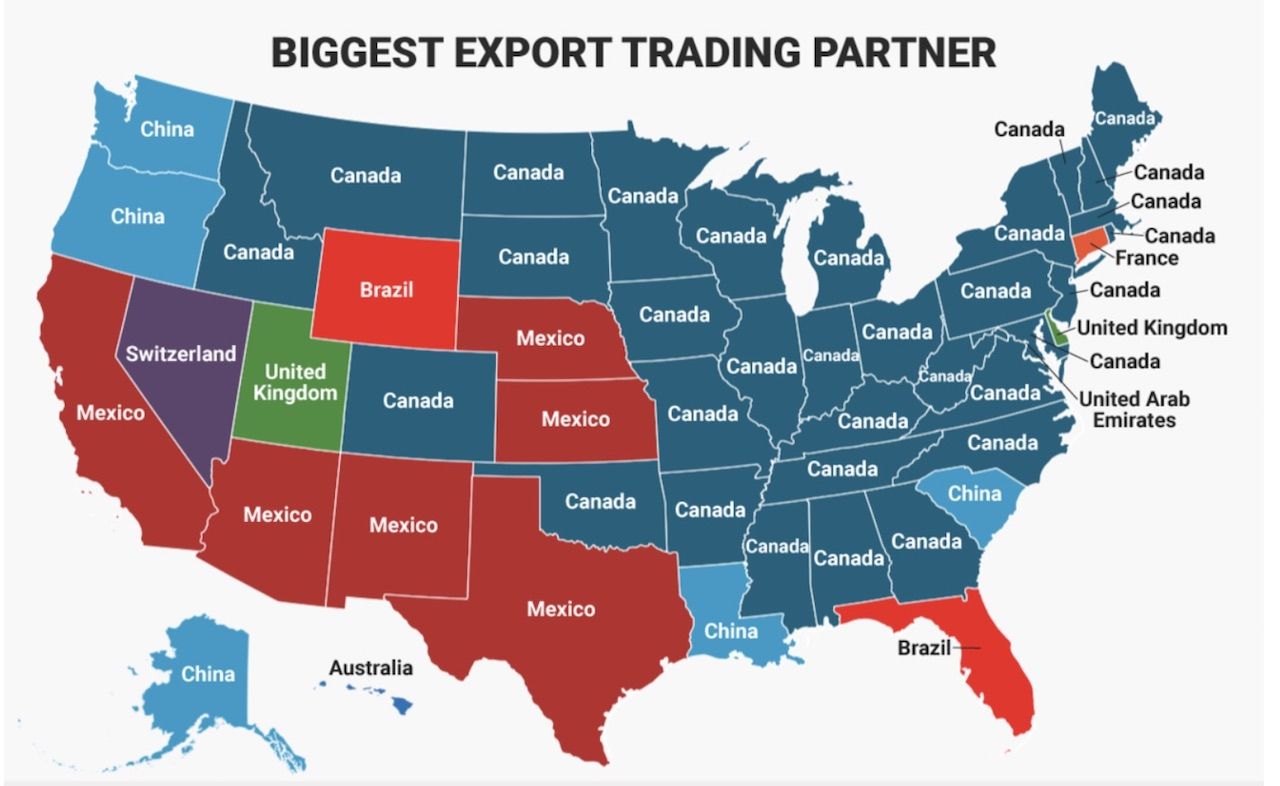 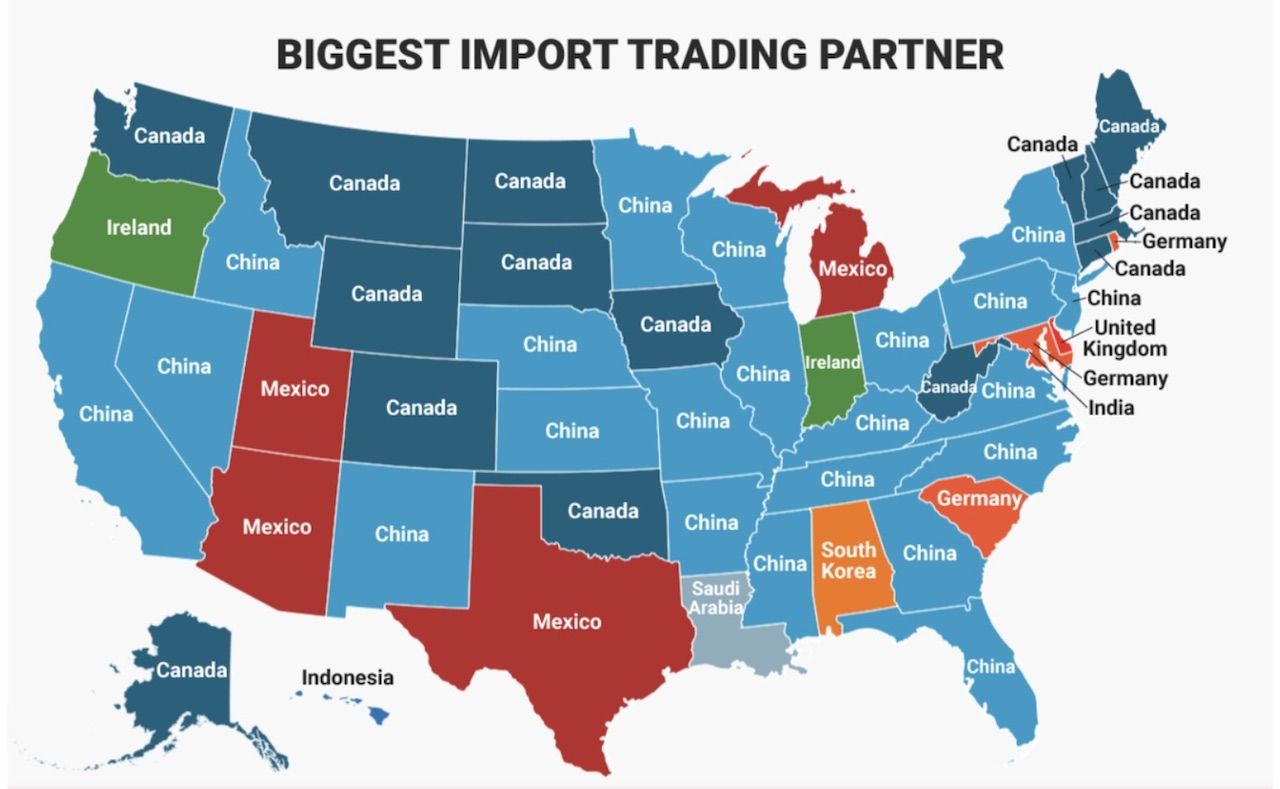