Have you ever questioned what the largest portion of your state’s income is spent on importing goods and services from abroad? You might be well aware of what you export, but in an attempt to understand the role importing plays in the economy, we’ve got a map for you. It gives us an overview of what the most popular imported goods are and how much was spent across the US in 2017. Each state is color-coded to offer a snapshot of the different sectors of industry the US is importing from. 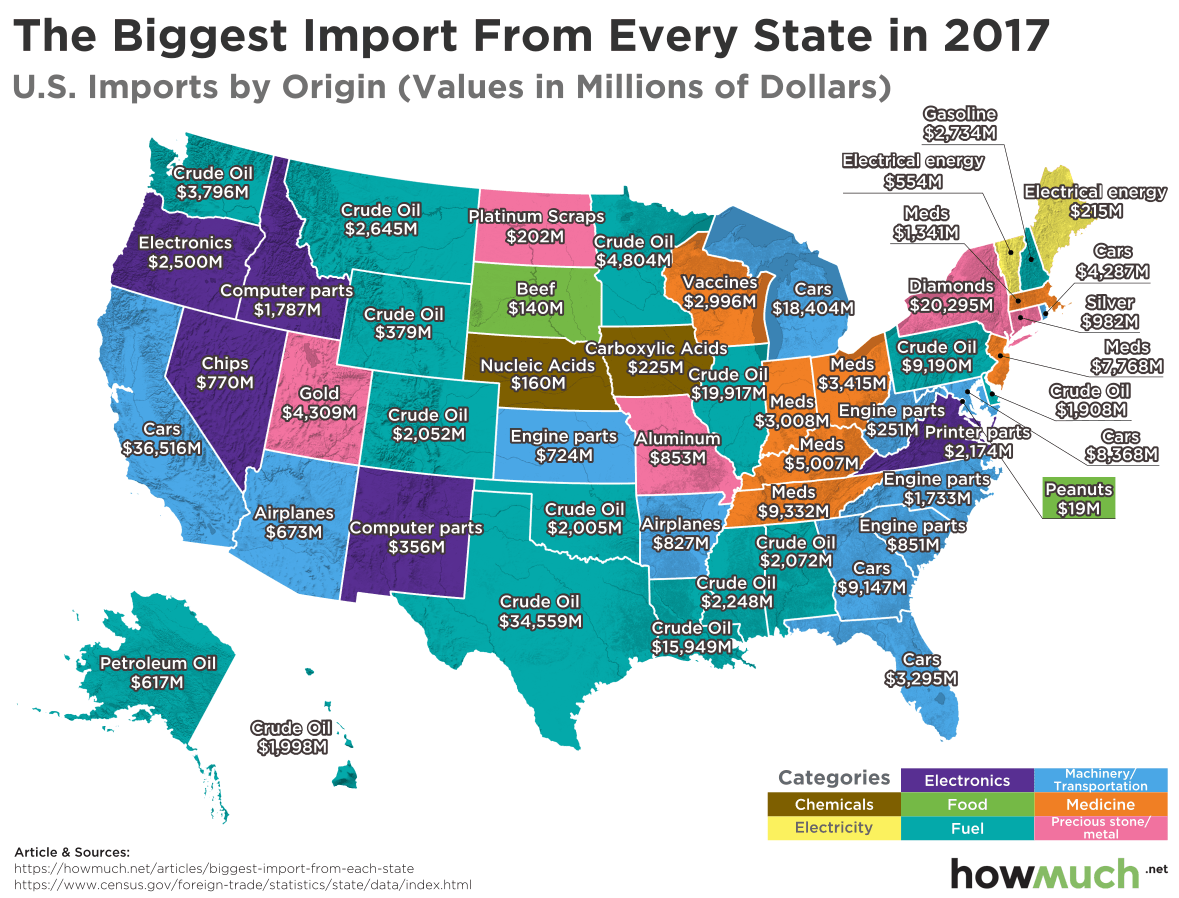 Here are the top ten states that spend the most on imported goods and services.

There are some surprising takeaways from this data. For example, many states import the same kinds of goods as they export, such as Texas who spent $34,559M on crude oil in 2017 yet exports $23,365M of it in a year. Tennessee has a similar situation as the state brings in $9,332M of medicine and sells around $2,320M of medical appliances overseas per year. And you might not have guessed it, but diamonds are New York’s largest import/export business.

The top-ranked states equate to $263 million in spending but this illustrates only a fraction of the total market. The US spends around $2.7 trillion on imported goods and services and a good chunk of it is unsurprisingly spent on oil.

WellnessMapped: The Cost of Health Insurance in Each US State
Tagged
Maps + Infographics United States
What did you think of this story?
Meh
Good
Awesome