Taylor Keen, the founder of Sacred Seed, which preserves and plants Cherokee and Omaha Nation crops, remembers exactly how corn came back into his life: It all started with a phone call, nearly 15 years ago, from his mentor Dr. Deward Walker.

“He called me up and said, ‘Young man, what are you doing to protect your corn?’” Keen tells me.

Keen, a member of both the Omaha tribe and the Cherokee Nation, hadn’t thought about the status of Indigenous crops, but over the course of their conversation, Walker, who is a professor of anthropology at the University of Colorado Boulder, told Keen that corporations like Monsanto were “displacing the Indigenous heirloom seeds with their seeds,” Keen recalls. These revelations alarmed Keen.

A few years later, while at a Cherokee National Council committee meeting in Oklahoma, Keen once again faced the question of how to preserve Indigenous seeds. Keen recalls asking the council if they were worried that the monopoly on seeds by companies like Monsanto might be suppressing the diversity of plants. Then, another member of the council, an ethnobotanist in charge of the tribe’s agribusiness, spoke.

“He said what matters is that we as Cherokees develop a relationship with our own seeds again, and develop and come back into our own agricultural life ways,” Keen says, adding that those words were “life-changing.” In 2014, with a “jumpstart” from the Cherokee Nation’s seed bank, Keen founded Sacred Seed — which he defines as “not an endeavor, and not even really an organization … but a movement and a Sacred Ceremony” — and returned to Nebraska.

What is seed keeping 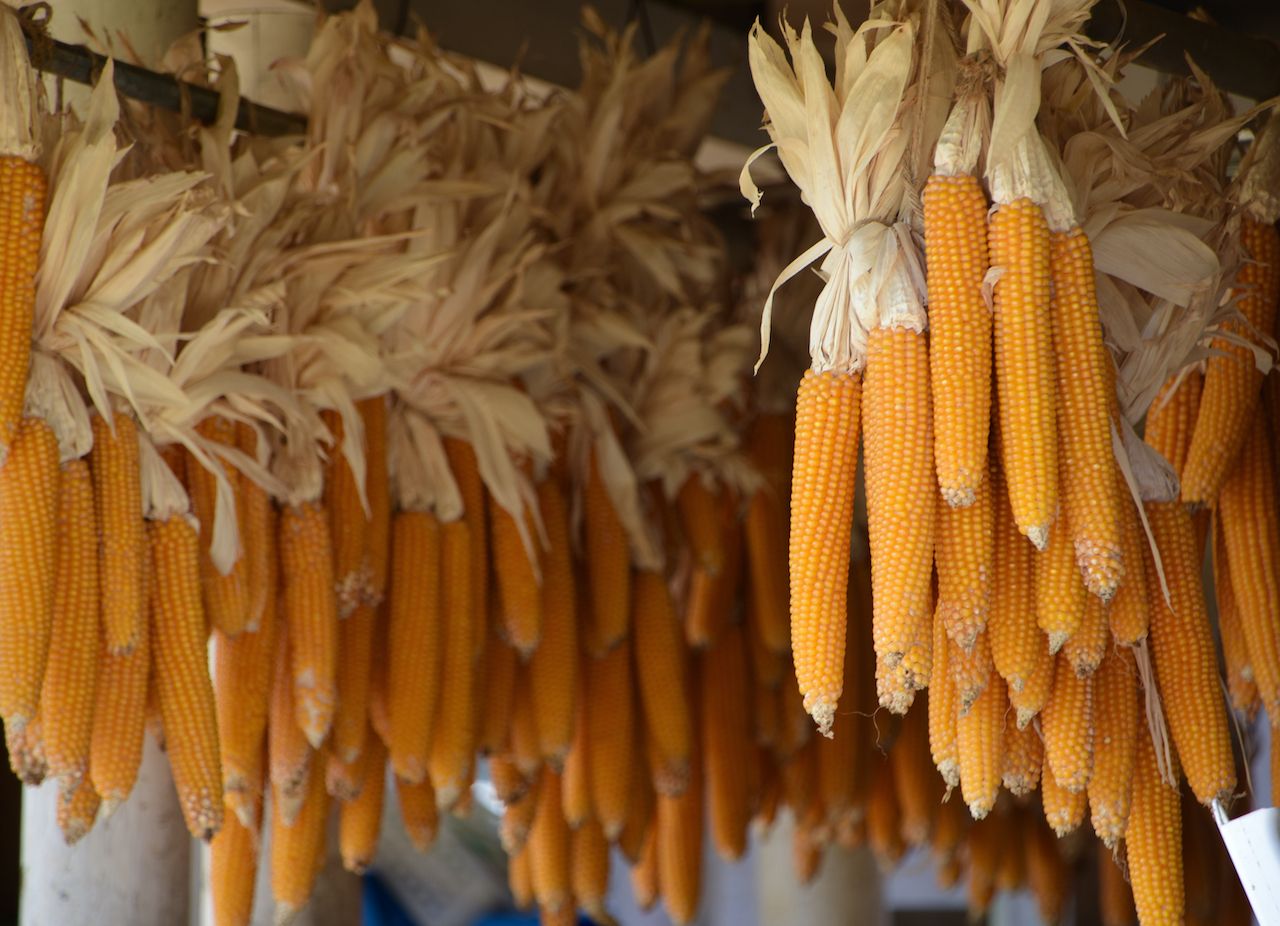 Sacred Seed is just one organization among a growing movement to preserve the seeds of the three sisters of Indigenous agriculture — squash, corn, and beans — as well sunflower, sometimes known as the fourth sister. Seed saving, also known as seed keeping, stems from a pre-contact Indigenous agricultural practice. According to the First Nations Development Institute, tribes saved seeds from the current harvest to plant in subsequent harvests and use for ceremonial purposes. The heirloom seeds promote genetic diversity, and the crops tend to be colorful, diverse, well-suited to organic and sustainable agriculture, and better at withstanding inclement weather and pests.

“The seed saving movement is part of the resurrection of an ancient tradition,” says Keen.

Collecting, storing, sharing, and planting these seeds is just one element of a more complex mission to restore Indigenous foodways that were lost during genocide and forced relocation. For instance, the Alliance of Native Seed Keepers aims to encourage food sovereignty by teaching Indigenous people to grow their own food sustainably — meaning that their agriculture won’t be reliant on government aid or corporate charity, and will hopefully outlast industrial farming practices that exacerbate climate change and destroy the environment.

The group also hopes that seed keeping might help ease food apartheid on and around reservations where there are no grocery stores for miles and often no public transportation to get to the grocery stores that are in the region.

Many tribal communities are forced to rely on fast food and gas station food, which has led to higher rates of heart disease and diabetes among the Indigenous people of North America. Reuniting Indigenous communities with their ancestral seeds — and teaching them how to cultivate the resulting plants — could help reverse some of the disastrous health effects from generations of reliance on commodity food and rations, the activist Rowen White, a member of the Mohawk Nation and founder of the seed conservation collective Sierra Seeds, told Civil Eats in 2017.

Other programs, like the Indigenous Seed Keepers Network (an arm of the Native American Food Sovereignty Alliance) emphasize that these crops are a “precious collective inheritance” that Indigenous communities have a responsibility to restore and “protect … from patenting and bio-piracy.”

These concrete goals are framed by a central belief at the heart of this movement, best encapsulated by the mission statement of Braiding the Sacred, an organization that hosts gatherings of Indigenous corn growers to plant seeds and built community: “As the Corn and our other plant and animal relations begin to flourish again, so too will the Nations who carry out these sacred responsibilities.” 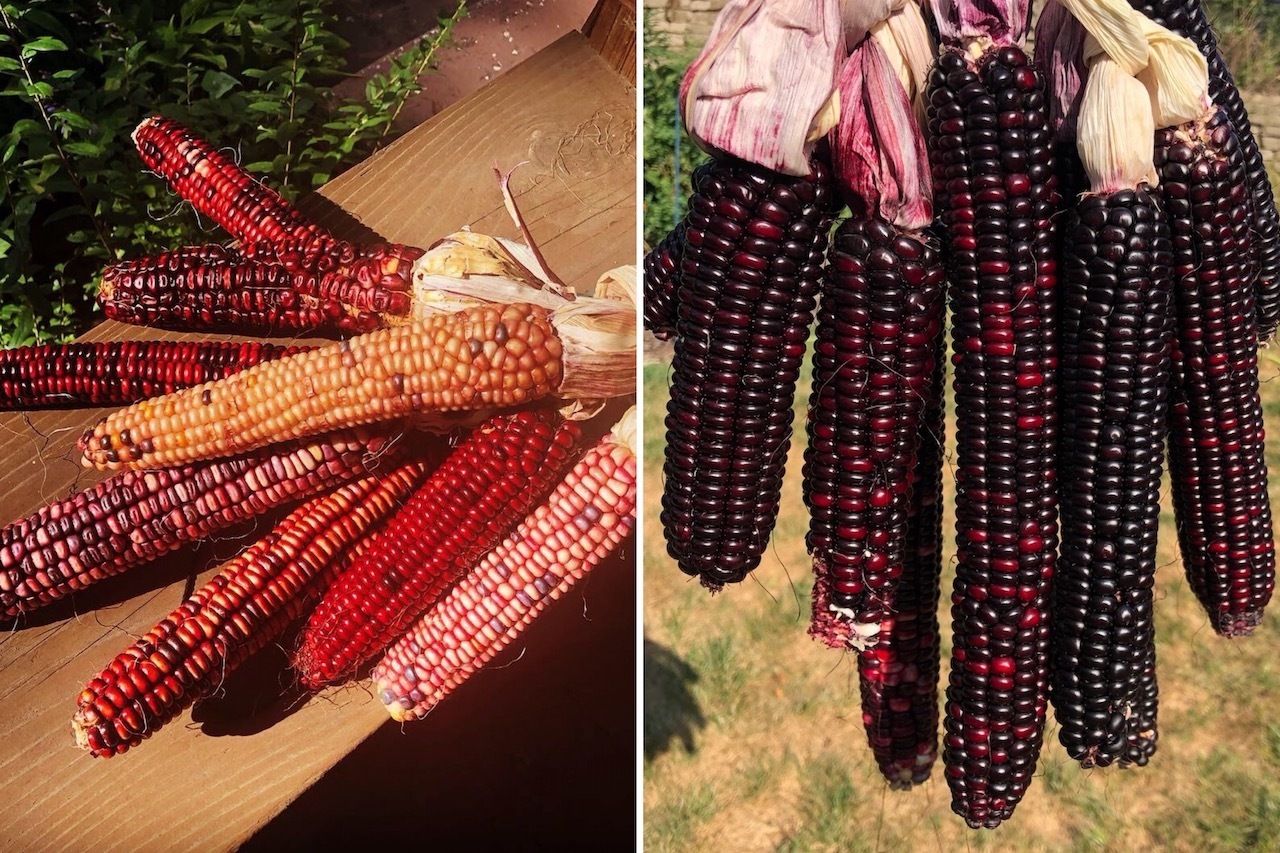 Keen says that corn is at the “center of our indigenous mythology,” in particular their creation stories. In the Cherokee tradition, for instance, Selu is the First Woman, Corn Mother, who taught her sons to plant and farm corn before her death, thus ensuring the survival of the Cherokee people. To restore Indigenous corn to the soil is not just a source of physical nourishment but also of spiritual and emotional nourishment, too, and a way to preserve Indigenous mythology and storytelling.

Keen founded Sacred Seed while still living in Oklahoma, where he received Trail of Tears beans from the Cherokee Nation seed program. Once he arrived in Nebraska, he visited the Common Soil Seed Library at the Omaha Public Library, where he found butter squash seeds. But his main focus is on corn.

“My clan, the Ohama tribe, is the keeper of the sacred red corn,” Keen says. “So one of my goals was to be able to bring back some of those strains.”

He did eventually track down an old Omaha strain of red corn, and he was gifted an ear of Omaha Rainbow Flint Corn that he used to grow a hybrid variety of corn he calls Ruby Flint. But perhaps the most surprising and inspiring discovery of his new foray into farming was the 30 kernels of white flour corn he received from the Cherokee Nation seed program, along with the beans.

“That first year that I planted those white flour varieties, they came in all colors,” Keen says. “I was just blown away. There were yellow speckles, and red speckles, and white with a little bit of color, and there was red and black and orange and purple [corn]. These old strains from the Southeast began to adapt to my yard now six years ago, and they were just all these beautiful, different colors.” 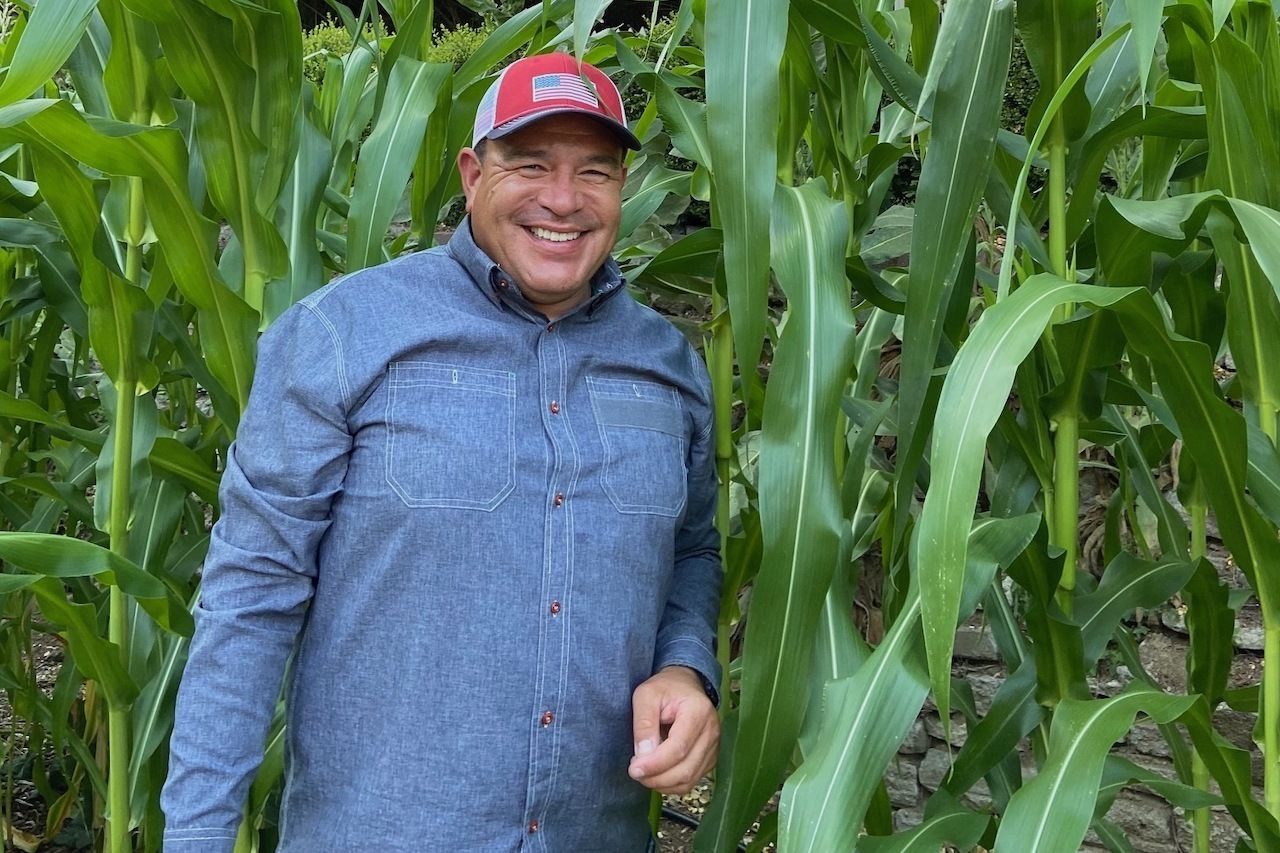 Keen became steward to an extensive farm in the backyard of his home in Omaha, where he taught at Creighton University’s Heider School of Business. The corn grew 10 to 15 feet high, towering over the powerlines and the sunflowers peppered throughout the garden. He spoke with his elders of the Ohama nation, including his own mother and grandmother, who are among the few people who still speak their Indigenous language, and gathered their knowledge on how to dry, roast, preserve, and harvest the seeds and resulting crops. He felt himself returning to the ancient traditions of his ancestors.

“To me, that [seeds] sustained us, the Cherokee people, across the Trail of Tears, was a very powerful notion,” he says.

The future of Sacred Seed

Keen has since moved to Council Bluffs, Iowa. He left his farm behind but plans to begin planting a new one in the spring. Sacred Seed is still thriving in Omaha even though Keen has left Nebraska: Every year back in Omaha, he held an “Indigenous Thanksgiving,” during which he hired a team to prepare a mix of traditional Indigenous dishes like bison stew, three sisters stew, and blue corn mush, as well as modern dishes that use Indigenous ingredients like elk ribs, huitlacoche-flavored cornbread, Arikara watermelon sorbet, and smoked fish cakes. The Sacred Seed Pop Up, a garden and gathering space in Downtown Omaha, recently partnered with No Empty Pots to donate produce to people living in food deserts.

For now, Keen doesn’t plan to apply for any grants, which are available to projects like his, not only because he says that Sacred Seed requires more labor than money but also because he decided from the start to “not defile the sacred seeds by introducing it into money.” He’s focused instead on the healing properties of planting reclaimed seeds and communing with the earth as his ancestors did.

“Intergenerational trauma is a real thing,” Keen says. “But there is a safeguard to help us during these times: getting one’s hands in the soil, getting used to the cycles of the month and the seasons, and of the cycles of the moon. And paying attention to when to plant and when to water. It’s healing. It healed me.”

Ultimately, Keen hopes that Sacred Seed can “protect and preserve the genetic diversity of original seeds while promoting local, traditional, and sustainable agriculture to offer healthy and low-impact food.” It sounds lofty, but it’s also simple and profound, and it harkens back to how his ancestors survived the Trail of Tears, carrying seeds sewn into their clothes.

“Eventually, I want to see all Cherokees and all Omaha [people] keeping their own seeds,” Keen says, “and sharing them with others, so that whatever adversity we face, we learn to survive it.”

Food + DrinkThe ‘Three Sisters’ of Indigenous Food Nearly Disappeared. Chefs Are Fighting To Bring Them Back.
Tagged
Food + Drink Nebraska, United States
What did you think of this story?
Meh
Good
Awesome