The Indigenous peoples of what is now the United States once relied on a trifecta of ingredients for the foundation of their diet: corn, beans, and squash — known as the Three Sisters. Tribes stretching from the Hopi and Diné (Navajo) in the Southwest and the Sioux in the Midwest to the Iroquois and Huron in the Northeast all farmed this spiritually and nutritionally nourishing trio.

There are many legends regarding the origins of the Three Sisters, which vary from tribe to tribe. The Iroquois creation myth, for example, says that the Three Sisters grew from the grave of the daughter of “Sky Woman” to provide food for her sons (and all Iroquois) after she died in childbirth. Before white settlers landed on their shores, the Iroquois had been growing corn, beans, and squash for three centuries.

The Three Sisters were at the heart of a sustainable agricultural practice for many of these tribes. This self-sustaining system (sometimes called intercropping) reflects the interconnected nature of each plant: The beans were planted at the base of the corn stalks, providing support for their vines. The nitrogen in the roots of the legumes fed the soil, making it viable for other crops, including the squash, which shaded the corn and the beans and protected them from pests with its huge leaves — and kept the soil moist and healthy.

The trio was sometimes planted among what is often referred to as the “fourth sister” — sunflowers. These tall flowers tempted pests away from the corn with its seeds, attracted pollinators, and provided additional support for the beanstalks.

According to Minnesota Agriculture in the Classroom, the Three Sisters were considered “special gifts from the Creator” and provided not just physical nourishment but also featured prominently in tribal spiritual practice. These “sustainers of life” are a centerpiece of mythology, celebration, and ceremony of many Native American tribes.

This trio was also the foundation of a nutritious diet. Corn provides carbohydrates while beans are a good source of fiber, protein, and amino acids. Squash contains Vitamin A, potassium, and folate. All three were commonly served in a soup or stew, or as a mixture similar to a succotash that was sometimes topped with chilies or served alongside wild rice, lamb, or venison. The corn might have also been used to make tortillas.

Though many Native American peoples depended on the Three Sisters, each tribe likely planted its own species of corn, beans, and squash. Back in 2013, award-winning food historian William Weaver praised the diversity of Native American farming, writing that each tribe “fine-tuned [their gardens] to their local micro-climate.” The result, Weaver continues, was a variety of plants that could survive the nomadic tribal lifestyle. There was no one-size-fit-all corn species for every tribe, “so what may have worked well in North Carolina among the Cherokee may not have been successful on the Great Plains.”

For Indigenous people, these three ingredients were the beating heart of not just their meals but also their health and spirituality. When white settlers arrived and forced Indigenous people off of their ancestral homes, they lost farming land and traditions, which turned out to be disastrous for many tribes.

“Some communities have been able to retain a lot of recipes, and some tribes have lost almost everything.”

So much ancestral knowledge on how the Three Sisters were farmed and incorporated into meals has been lost due “forced relocation, cultural oppression, and genocide,” writes Andi Murphy, Diné host of the Toasted Sister podcast, in an essay on the Three Sisters for PBS. Many tribes — including the Oneida in New York; the Diné in Arizona; and the Cherokee, Creek, Seminole, Chickasaw, and Choctaw peoples from all over the Southeastern United States, were forcibly removed from the land that supported corn, beans, and squash and put onto reservations that were hostile to their traditional farming practices.

In order to survive these long journeys (and oftentimes many people did not) their white captors supplied them with flour, lard, and processed sugar — ingredients that had never previously been a part of the Indigenios diet. Fry bread, now a beloved dish in many Native American communities, is the product of those ingredients, though it has no relation to the food Indigenous people ate in pre-colonial times.

Murphy writes that although “historical accounts of forced removal tell of Native people hiding seeds in their personal belongings,” for many tribes, that life-sustaining agricultural knowledge has all but disappeared. In interviews with Native American historians, Weaver also found that seed loss caused by “poverty, government programs forcing native peoples into a mainstream mold, [and] the loss of foodways and native religions” has “at times been devastating” for Native American communities.

“If you look at the history of the United States particularly, you see the 1800s as an extremely destructive century,” Sean Sherman, founder of the Sioux Chef, tells me. “We’re lucky that we still have some of these indigenous seeds, despite all of the really destructive methods during the 1800s that wiped out a lot of those Native farming regions.”

Disastrous health outcomes is one consequence of the disappearance of the Three Sisters from their everyday diet. Across tribes, Native American people are at higher risk for obesity, heart disease, and diabetes.

In the midst of that painful history, however, hope has emerged: A new generation of chefs is reviving the Three Sisters through recipes that draw on pre-colonial techniques and ingredients. 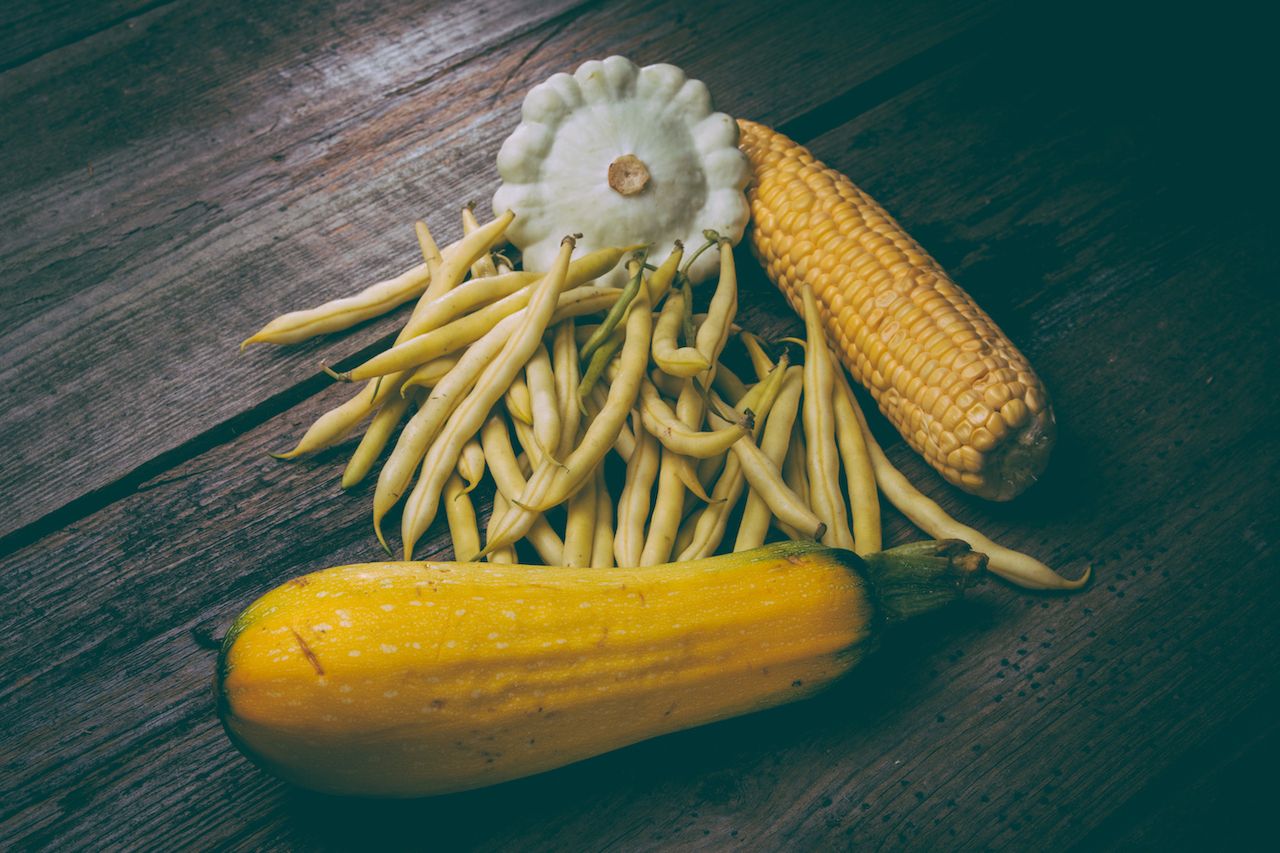 Among them is Brian Yazzie, a Minneapolis-based Diné chef and founder of the catering company Intertribal Foodways. He’s also been working with Gatherings Cafe, inside the Minneapolis American Indian Center, to feed the indignious elder community of south Minneapolis during the COVID-19 pandemic.

Yazzie says that his philosophy as a chef is to “cook ancestral ingredients with modern techniques.” Yazzie emphasizes the diversity of plants among Native American tribes, but says he mostly focuses on blue corn, “a main staple ingredient to the Southwest and the Navajo tribe.” One of his favorite traditional dishes to cook is blue corn mush topped with pumpkin and sunflower seeds.

Cooking with pre-colonial ingredients takes an adjustment. Even Sean Sherman — who also ran the Tanaka Truck for many years, which focused on serving Indigenous food prepared without flour, sugar, and beef — at first found it challenging to embrace the plants, roots, seeds, tubars, and berries his ancestors once enjoyed.

“In the beginning, we were stuck on that colonial perspective,” he said. “But after a while we realized it was really simple to work with Indigenous foods.”

Today, when Sean Sherman serves food made from pre-colonial ingredients for elders in Native American communities, they instantly recognize the flavors, almost as though their palates transport them to a childhood memory where the foods of their ancestors are still preserved.

“We would have these dinners [where] the elders would be like, ‘My grandmother and I used to harvest that in the forest.’ All of this ancestral memory would come pouring out after tasting some of these foods for the first time in a long time,” Sherman says. “Some communities have been able to retain a lot of recipes and some tribes have lost almost everything. For us, it’s about pulling it all together so it doesn’t continue to become lost.”