Milwaukee might not be the first place to come to mind when planning a weekend of museum and market hopping, but not going means missing out on a cultural hub of the American Midwest. Milwaukee is often overshadowed by its nearby neighbor Chicago, but Wisconsin’s largest city is a standout in its own right. Despite wicked winter weather, it’s a historically rich city, and there’s no shortage of good beer, cool art, and unique things to see and do to boot. Don’t let Milwaukee’s notorious winters scare you from planning a trip — there’s plenty to do indoors, away from the wind and snow. 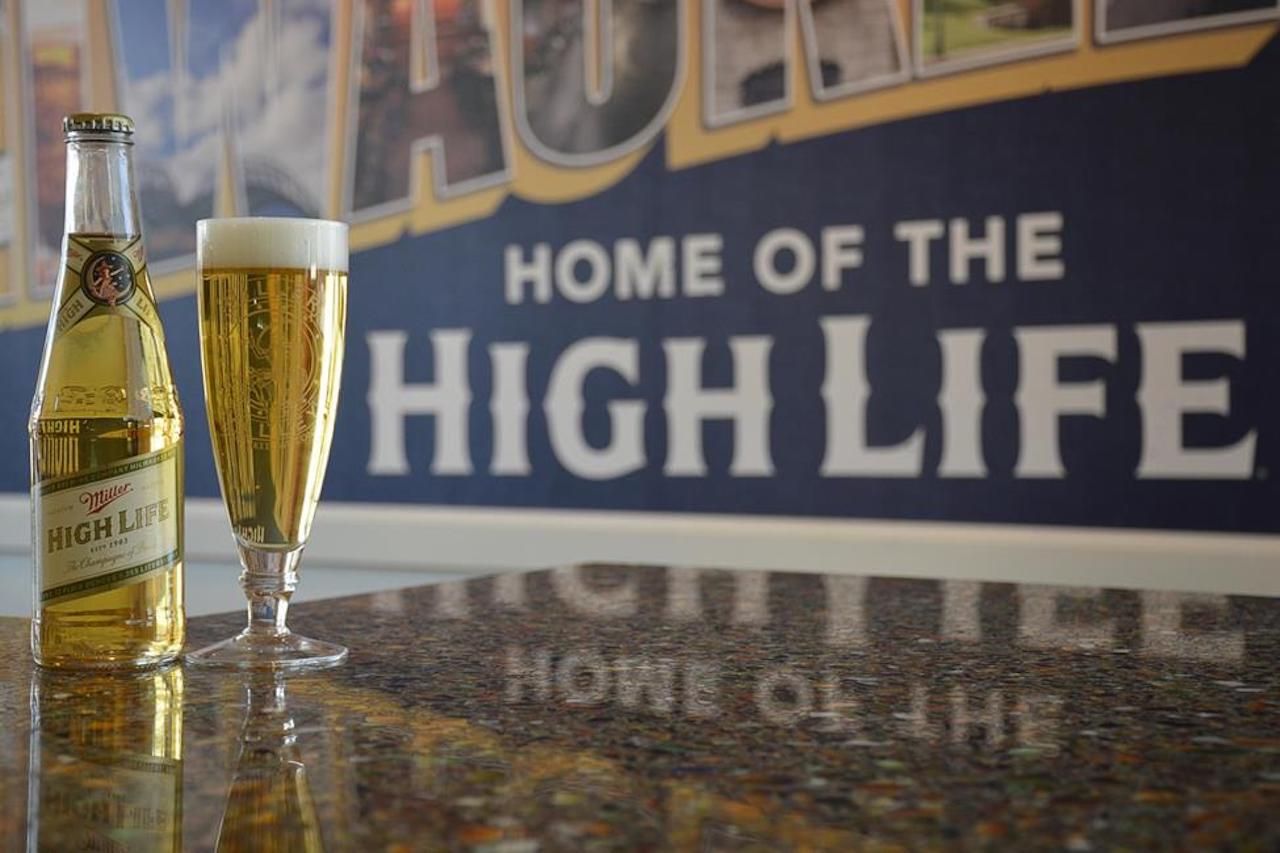 For just $10, you can take an 80-minute guided tour of the Miller Brewery that includes a souvenir pint glass and a number of beer tastings. The brewery tour gives travelers a real sense of the history of Miller beer in Milwaukee and a look at how it’s made today with modern brewing technologies. There is a brief walking bit that will require you to go outside, so winter guests should bring layers to bundle up. Of course, there’s plenty of beer to sample. Should you be inspired for a post-tour pint, take State Street downtown to the Milwaukee Brat House, a beer garden that’s as reminiscent of the spirit of Oktoberfest as you’ll find this side of the Atlantic. 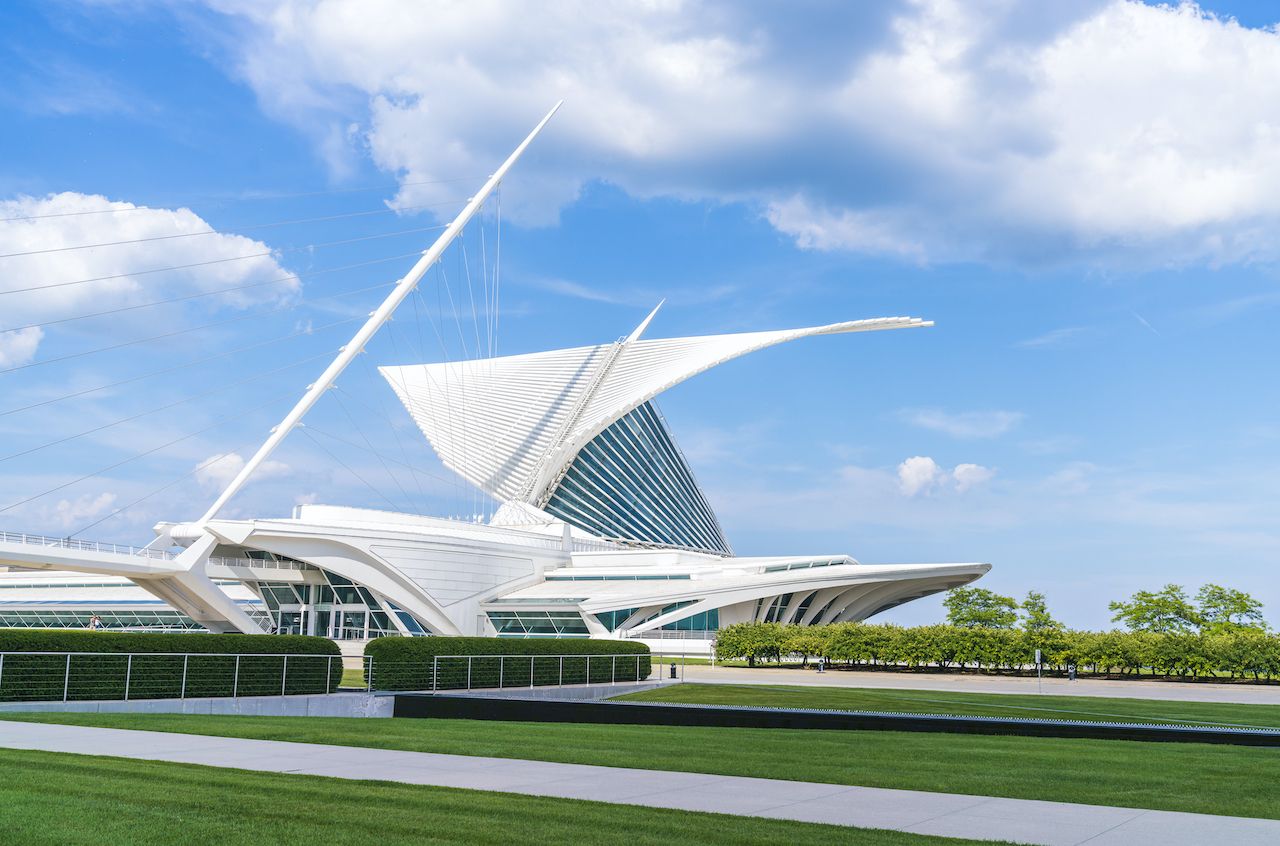 The Milwaukee Art Museum, commonly referred to as MAM, is one of the most interesting pieces of modern architecture in the city. The admission is a steep $19 though there’s a $2 discount for military members and students, which is inclusive to all of the museum’s exhibits. MAM celebrates American painters, German modern art, and European masterworks alike. The highlight for travelers will, no doubt, be the historic portraits of downtown Milwaukee that give you a visual of what the city looked like during its evolution from its 1846 founding to the metropolis it is today. After walking the halls, enjoy the snacks and dining menu at Café Calatrava, the museum’s eatery.

3. The Domes at Mitchell Park Conservatory 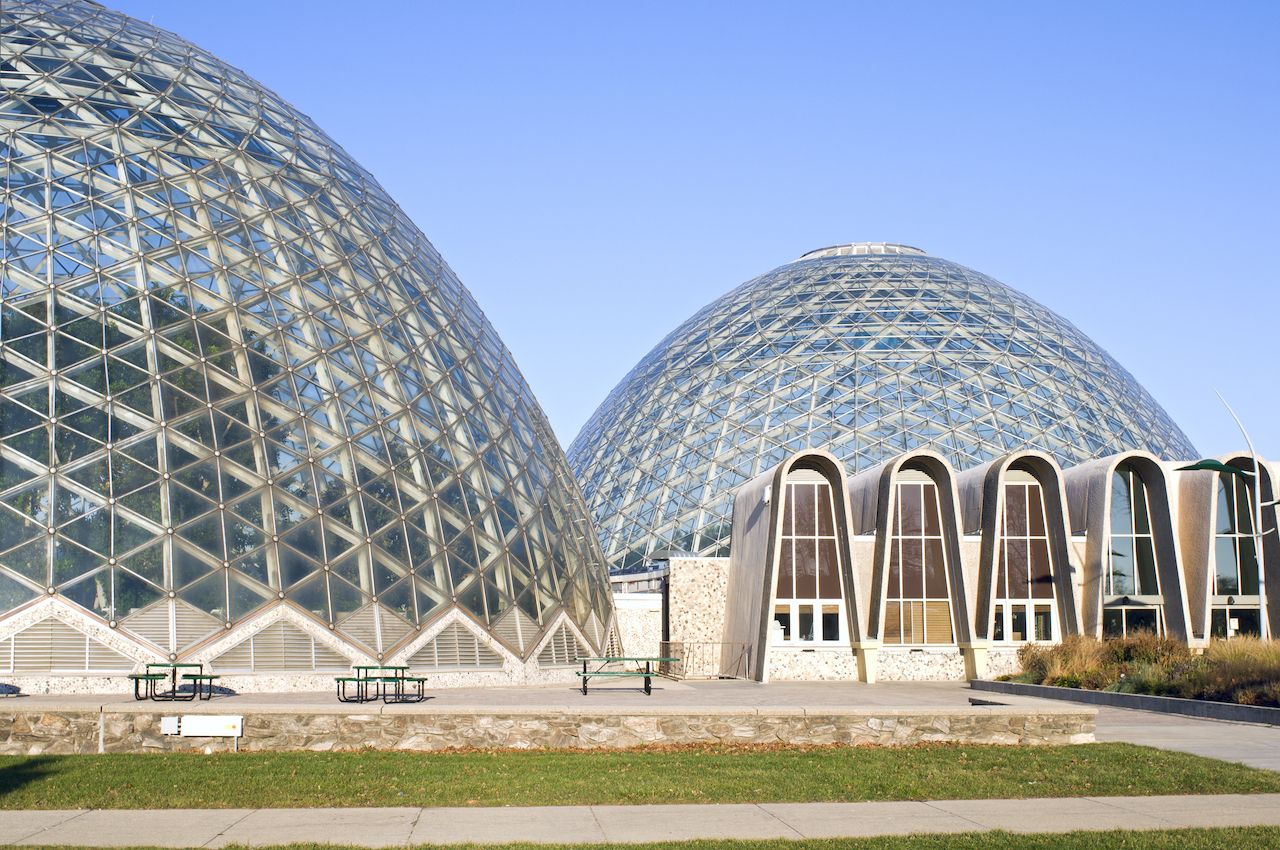 For a great photo opportunity in Milwaukee, the Domes at Mitchell Park Conservatory are the spot. These giant glass domes, formally known as the Mitchell Park Horticultural Conservatory, allow visitors to stroll around both desert and jungle ecosystems. The Floral Dome alone features more than 1,200 species of rainforest plants and flowers. The domes are extremely photogenic from both the inside and the outside and showcase everything from succulents to massive Venus flytrap. Don’t miss out on the domes no matter what time of year you visit — they’re open every single day, and the shots you took in spring will look totally different come November. Visit weekdays between 9:00 AM and 5:00 PM and before 4:00 PM on weekends. Admission is $8 for adults and $6 for kids. 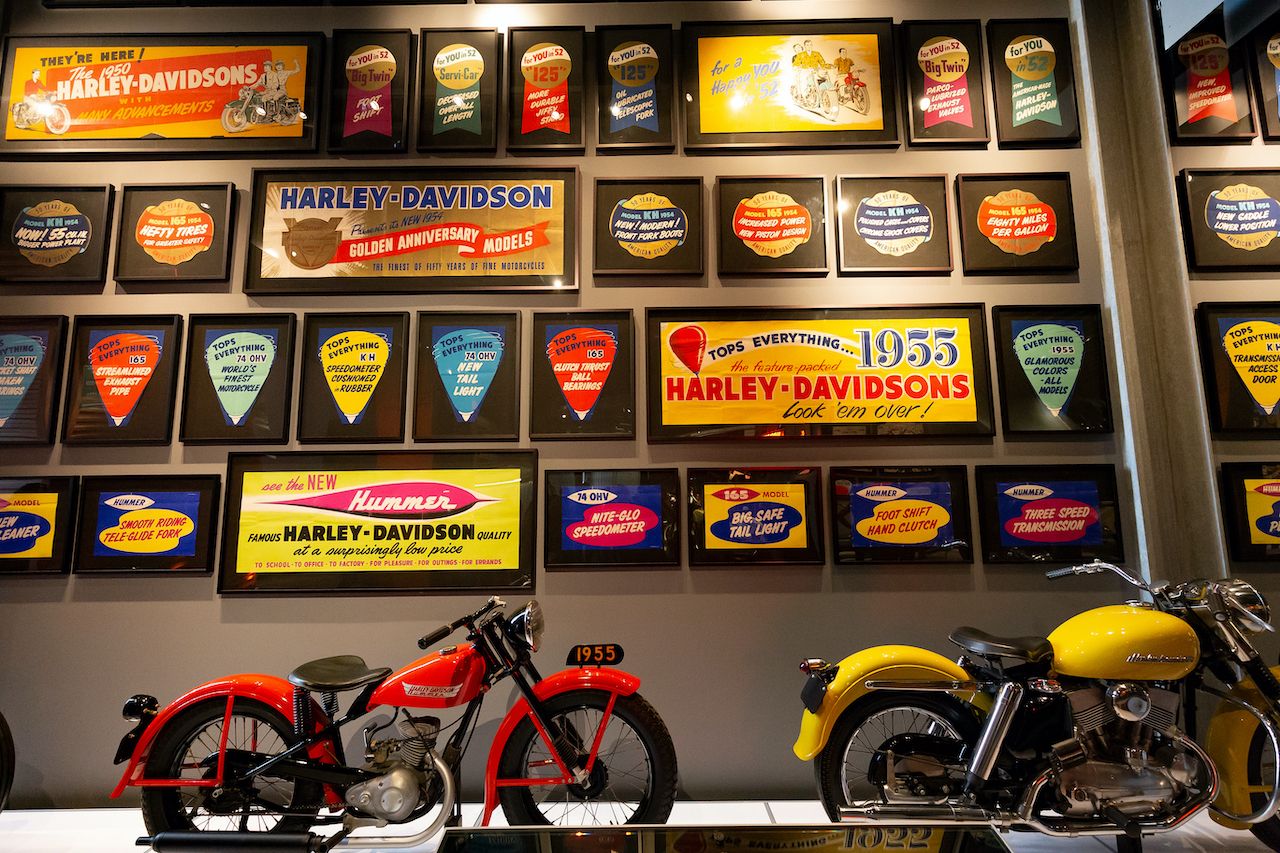 The modern motorcycle scene as we know it started along the banks of the Milwaukee River more than 100 years ago. Harley Davidson, the iconic brand of “hogs,” was founded in central Milwaukee in 1903. The name, logo, and lifestyle have since become American cultural icons, and a visit to the museum to learn about how it got started is worth it whether or not you’re a motorcycle enthusiast. There are over 450 motorcycles and memorabilia on display in the 20-acre museum campus that lies, as its legend, right along the riverfront. A fanatic can easily spend three or more hours in the museum pouring over every plaque, but for more casual visitors, an hour or two should suffice. The museum is open from 9:00 AM to 6:00 PM in summer and switches to a 10:00 AM opening time from October to April. Admission is $22. 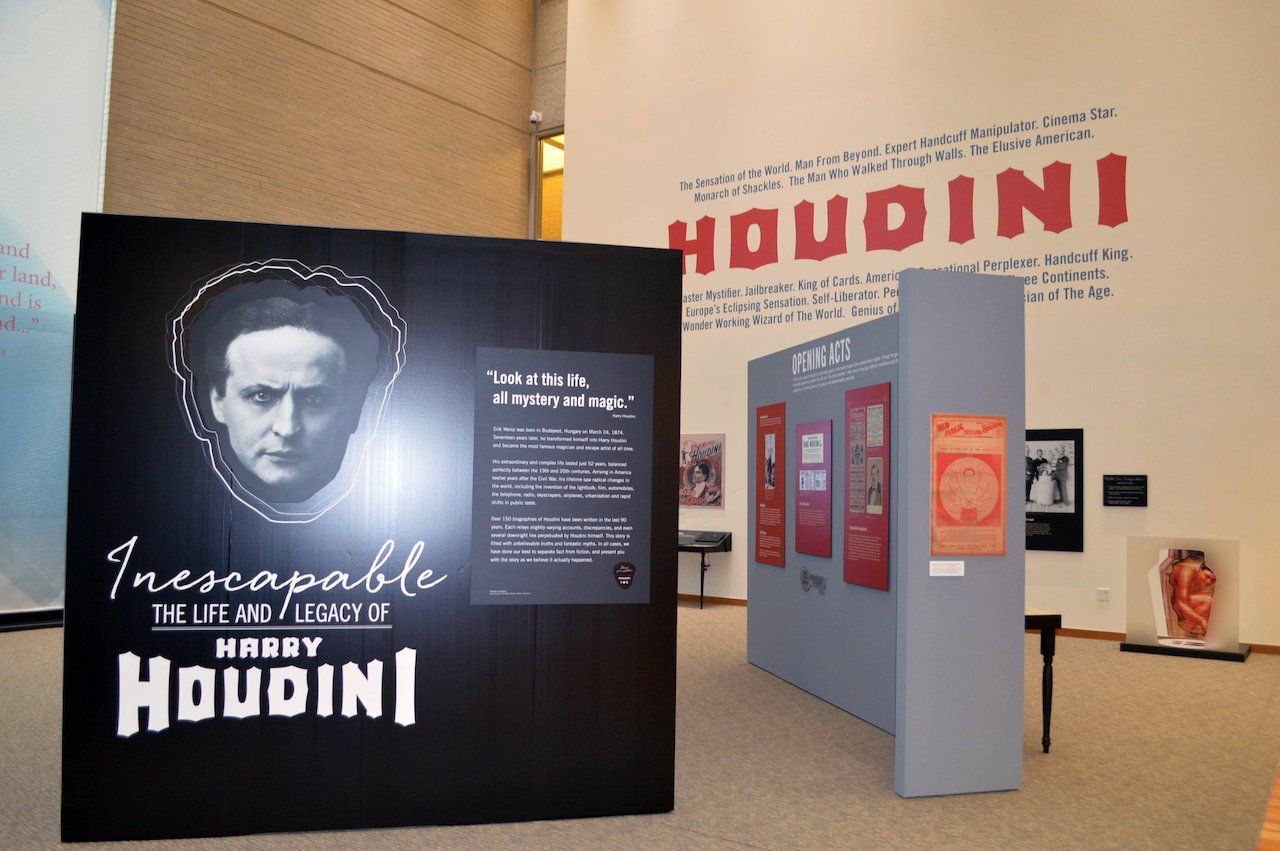 Southeastern Wisconsin has a large and long-established Jewish community. The Jewish Museum Milwaukee celebrates that community through interactive exhibits. Some focus on the Jewish faith, others on religious traditions, and visitors will also learn about the persecution of Jews throughout history. Temporary and traveling exhibits are shown on a regular basis, though one must-see no matter when you visit is the documentary on local Holocaust survivors speaking about their experiences. The overall museum experience is uplifting and highlights the critical role Milwaukee’s Jewish community has played in building the city as it is today, from a cultural standpoint as well as historical. 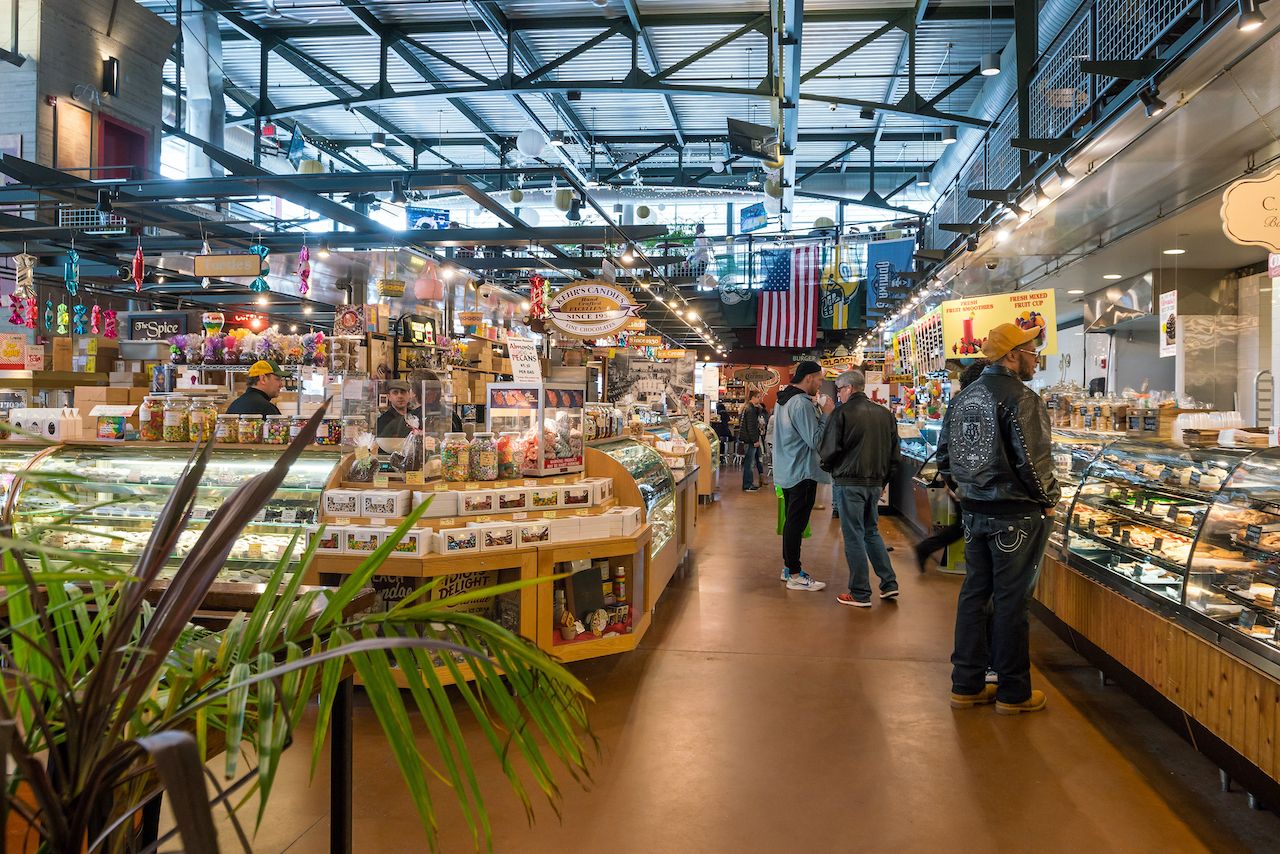 Similar to Seattle’s Pike Place (its signage is nearly identical), the Milwaukee Public Market is brimming with ethnic products and fresh, artisan foods on sale from independent and local vendors. The best part is that it’s all indoors, meaning you can visit any time of year without worry of a freeze-out or blizzard. This market doubles as a great place to shop for trip souvenirs at Brew City Brand Apparel and is a fantastic spot for breakfast, lunch, or dinner. As it’s Milwaukee, there’s a brew patio to enjoy a pint under the summer sun and a dessert bakery for a post-meal treat. Perhaps the coolest thing about the market is the demonstrations and hands-on cooking classes offered by various food stalls teaching techniques and recipes spanning the continental United States and beyond (the Cinco de Mayo Cuisine class is particularly tasty). 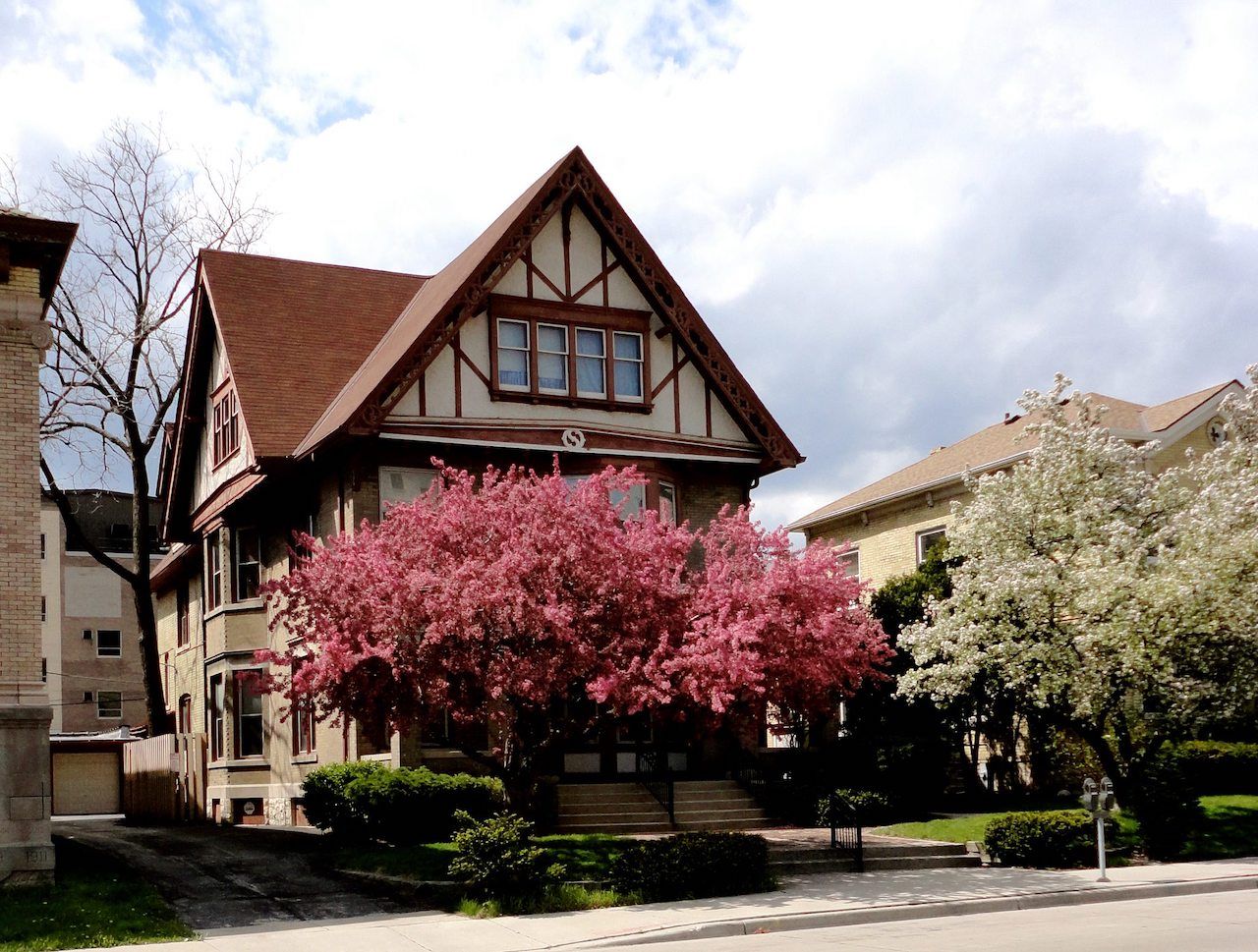 Visiting the middle of the United States, it seems appropriate to experience a bit of America’s past — the time before the term “Rust Belt” came into existence. The Chudnow Museum of Yesteryear is an ideal place to do so. Run by a nonprofit organization in a historic building west of the Milwaukee River, the museum is anchored by Avrum Chudnow’s collection of early 20th-century Americana displayed in a diverse collection of exhibits. Some highlight memorabilia like children’s toys and household items from the 1920s and ‘30s. Others feature the facade of an old grocery and movie theater. Don’t leave without taking a photo of the 1930 Chevrolet on site, which was found in a local barn in 2013 and dubbed “The Greatest Chevrolet in History.” The museum also streams several old Midwest-centric films on its website, giving you the opportunity to brush up on the prohibition era and its preceding years in order to better understand what you’re looking at.

Where To Practice Mindfulness in Milwaukee

Where To Eat, Drink, and Stay Near the Milwaukee Convention Center