Let’s go on a gaycation. We can fall in love in Italy or have a San Francisco affair. We can don our best drag for an Australian road trip, or visit small-town America to shake up the local scene. If lounging by a lake in Provence is more your style, we can do that, too, though Miami’s waters are far warmer this time of year.

Better yet — let’s do it all. We don’t need a train, plane, or automobile to get there. As long as you’ve got a secure WiFi connection and a device that can stream content, the world is our oyster, because (plot twist!) we’re traveling from the comfort of our respective living rooms.

Movies and TV shows have the power to transport us to far-flung destinations, and there’s no better time to rely on their magic. If that’s the case, these 12 LGBTQ stories provide an opportunity to escape and explore the world, even if only for a few hours.

1. Priscilla, Queen of the Desert — Australia 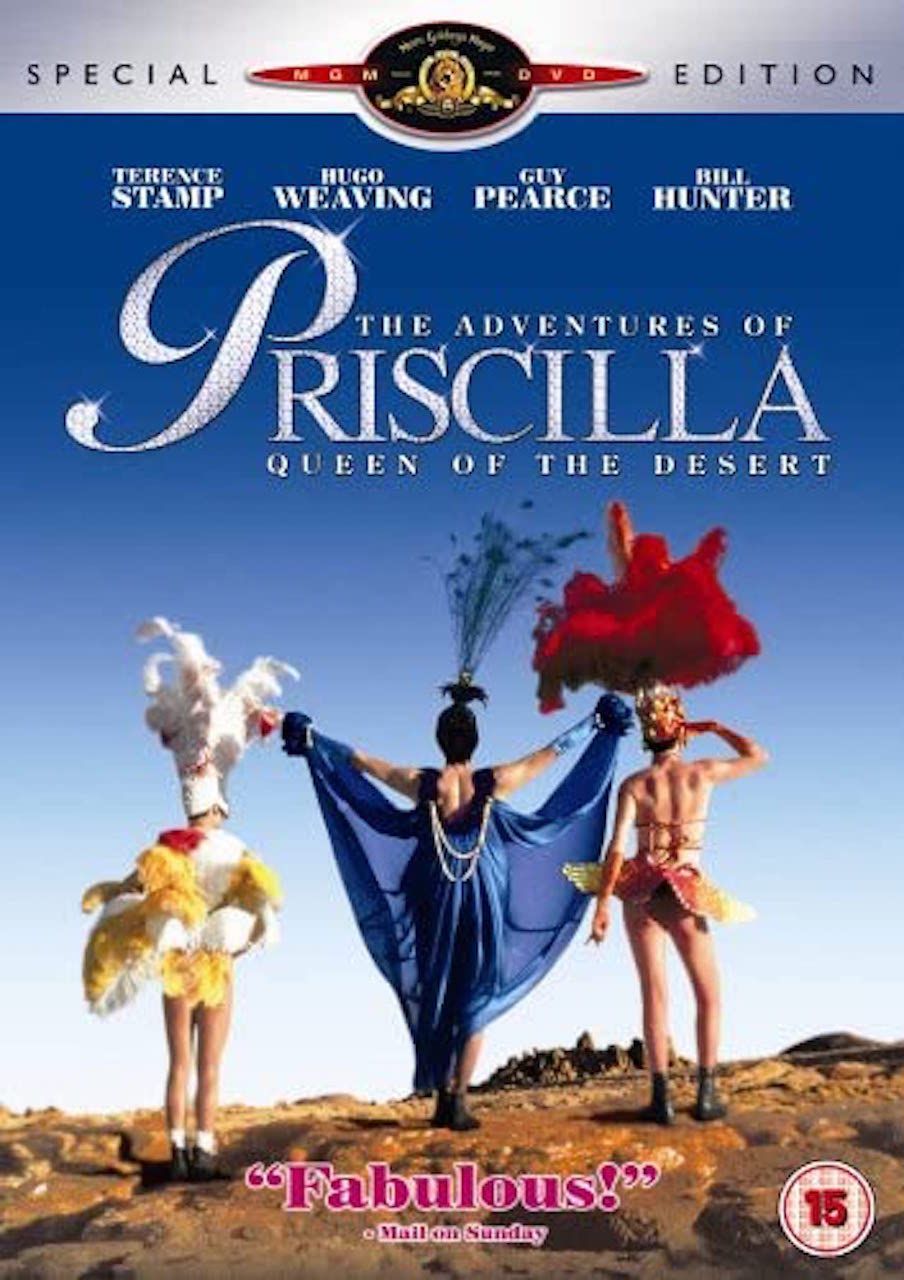 If your sedentary lifestyle is starting to weigh you down, consider taking a light-hearted road trip through the Australian Outback with the fabulous protagonists in Priscilla, Queen of the Desert. This 1994 film, a queer-cannon classic, follows the adventures of two drag queens and a trans woman as they drive a tour bus from the city of Sydney to a tiny town in the Northern Territory. The movie, which ends with a hike in full drag along the sandstone cliffs of King’s Canyon, is a visual travel brochure for Australia’s Red Centre. 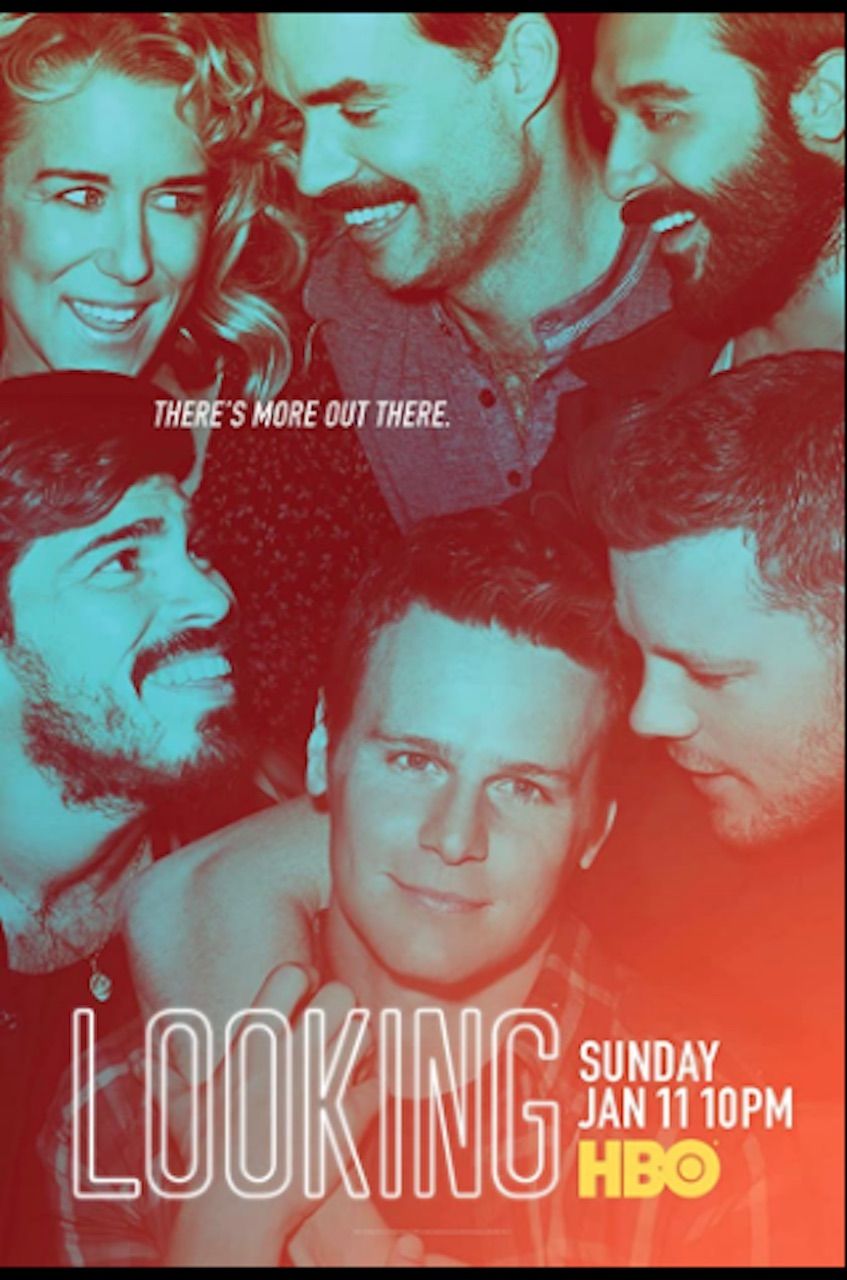 This HBO series, which aired in 2014 and ran for two seasons, follows a group of gay friends as they navigate life in one of the world’s greatest LGBTQ cities: San Francisco. On top of being an intimate snapshot of a particular queer community (mainly cis-gender white guys), the entire series is a love letter to Northern California’s Bay Area. Pretend you’re one of the boys as they canoe down the Russian River, explore their kinky side at Folsom Street Fair, or spend a sunny afternoon ogling boys on the “Gay Beach” section of Dolores Park. Watching Looking is like a free guided tour to all of San Francisco’s golden locations. 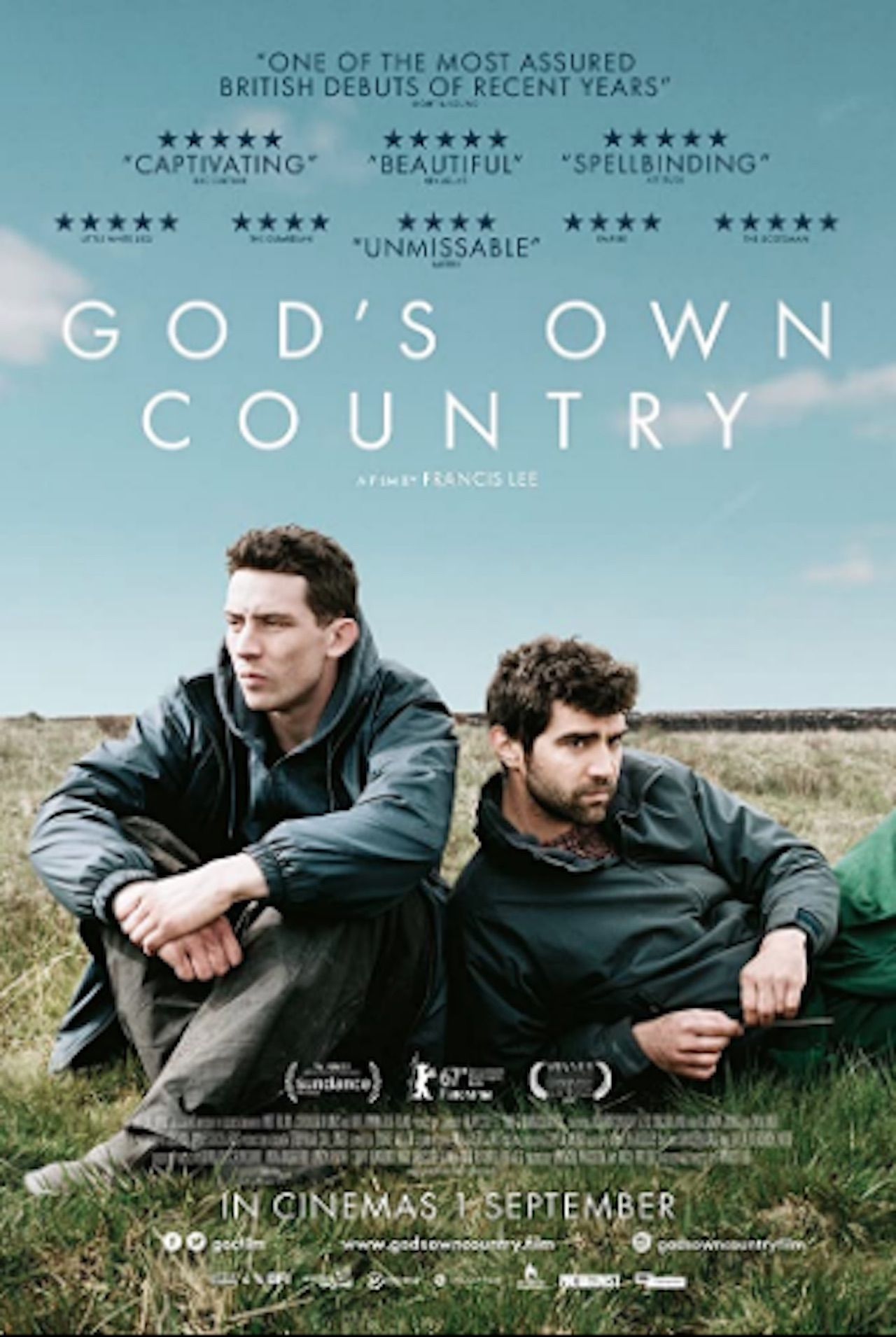 Rooted in the rolling green hills and steely skies of West Yorkshire, God’s Own Country follows an unlikely gay love story between a local farmhand and a Romanian migrant worker. Much like Brokeback Mountain, which painted a romantic portrait of the Canadian Rockies where it was filmed, the sweeping cinematography in this 2017 film, directed by Francis Lee, turns the rough English countryside into poetry. 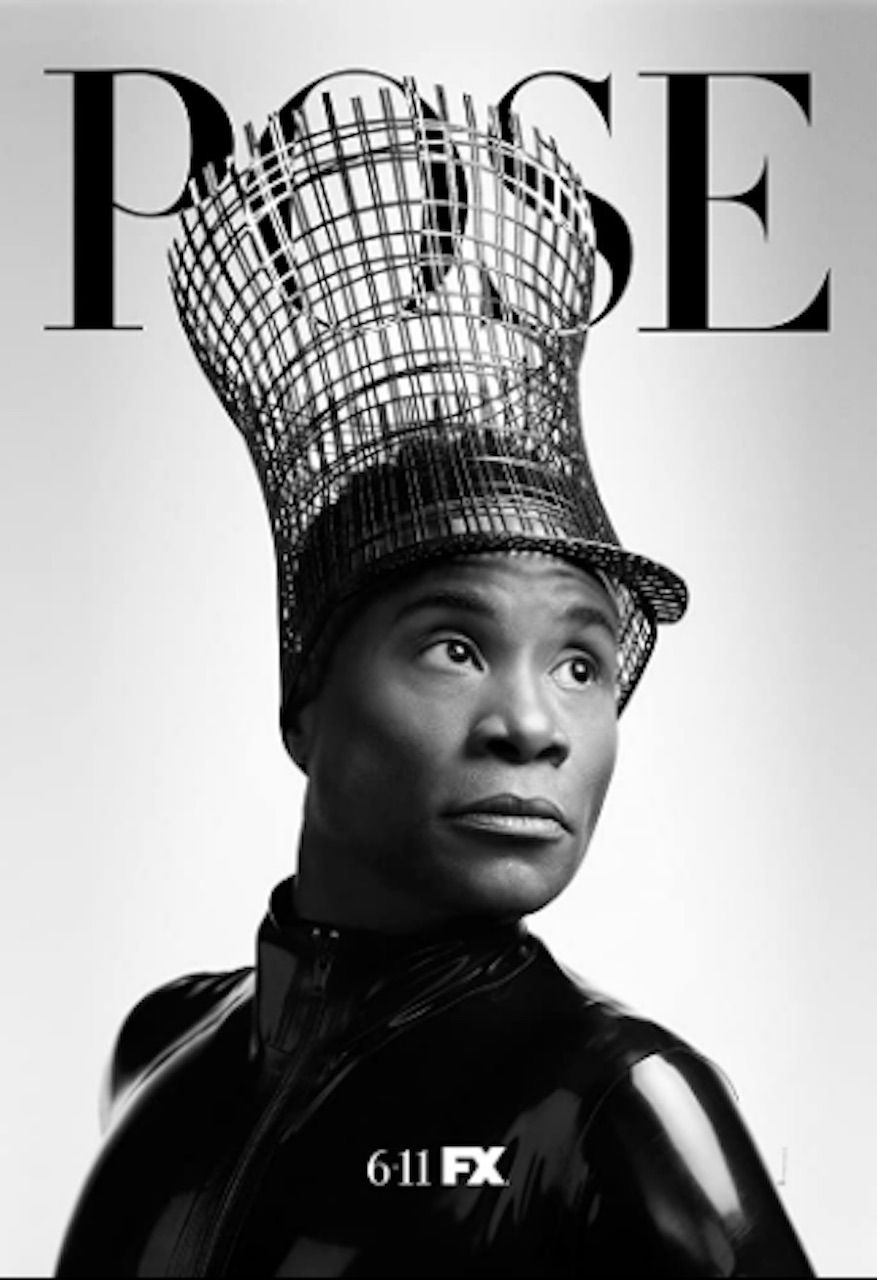 Inspired by the 1990 documentary Paris is Burning, Ryan Murphy’s Pose takes a look at NYC ball culture in a tv series featuring queer black and brown performers often overlooked in mainstream media. It’s a veritable walking tour of the Big Apple, with stops at the Brooklyn Museum, the Ailey Studios, and neighborhoods like Red Hook and Washington Heights. While travel restrictions are currently keeping people from visiting these locations, nothing is stopping you from throwing your very own ball at home. Our suggestion: Live your best NYC fantasy and strut from your kitchen to your living room while serving some quarantine-couture realness. Eat your heart out, Billy Porter. 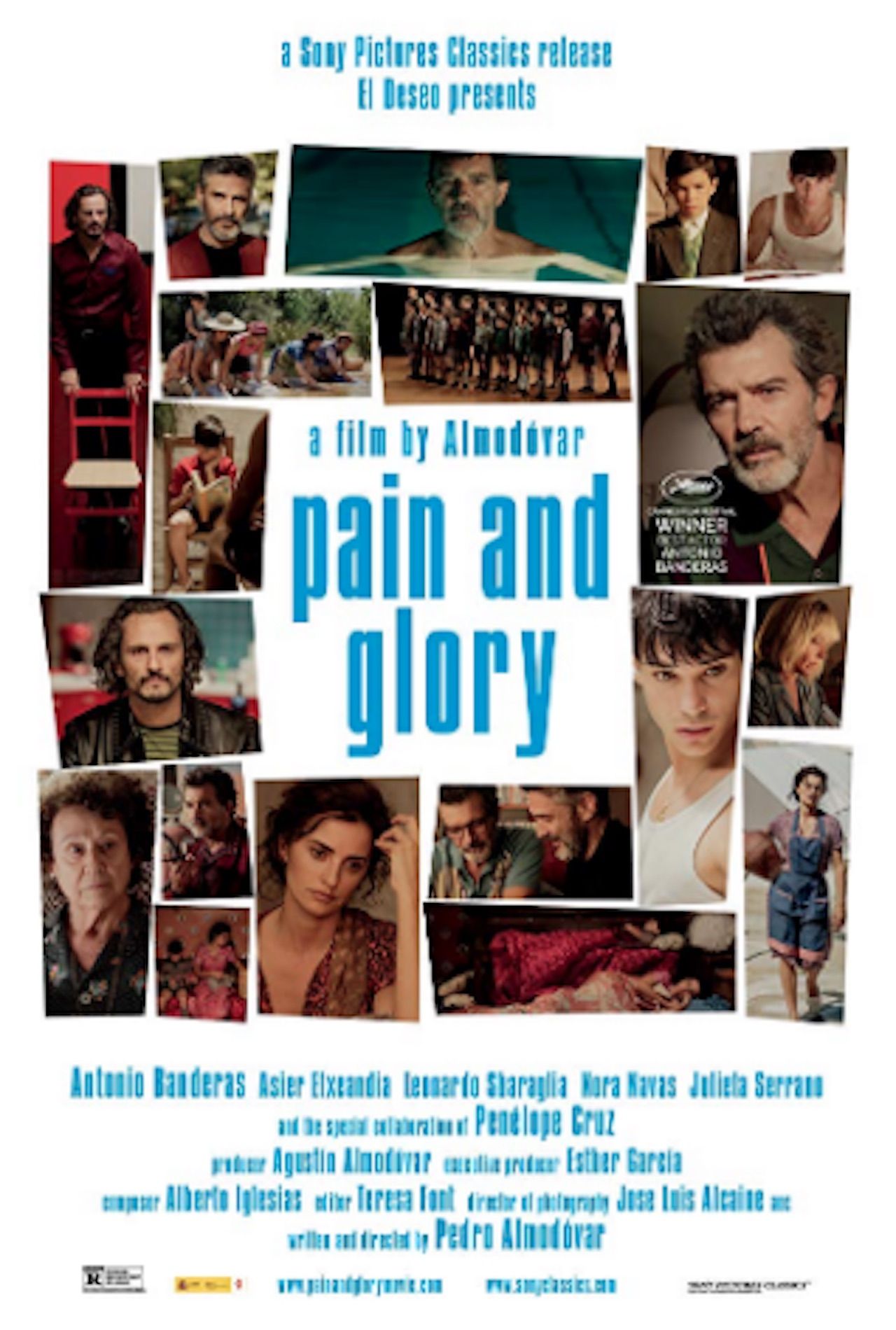 Spanish filmmaker Pedro Almodóvar’s 2019 film, a loosely autobiographical piece starring Oscar-nominated actor Antonio Banderas, is a psychological trip into the woes of an aging artist and a visual journey into the centers of Madrid and Valencia. Of particular note is Paterna, a municipality within Valencia famous for cave dwellings with chalk-white chimneys. Used as the filming location for the protagonist’s childhood home, the movie’s exploration of Paterna’s unique underground abodes thrust the area into the international spotlight. Although travel to Paterna is currently off-limits for most, nothing is stopping you from pressing play on Pain and Glory.

6. Call Me By Your Name — Lombardy, Italy 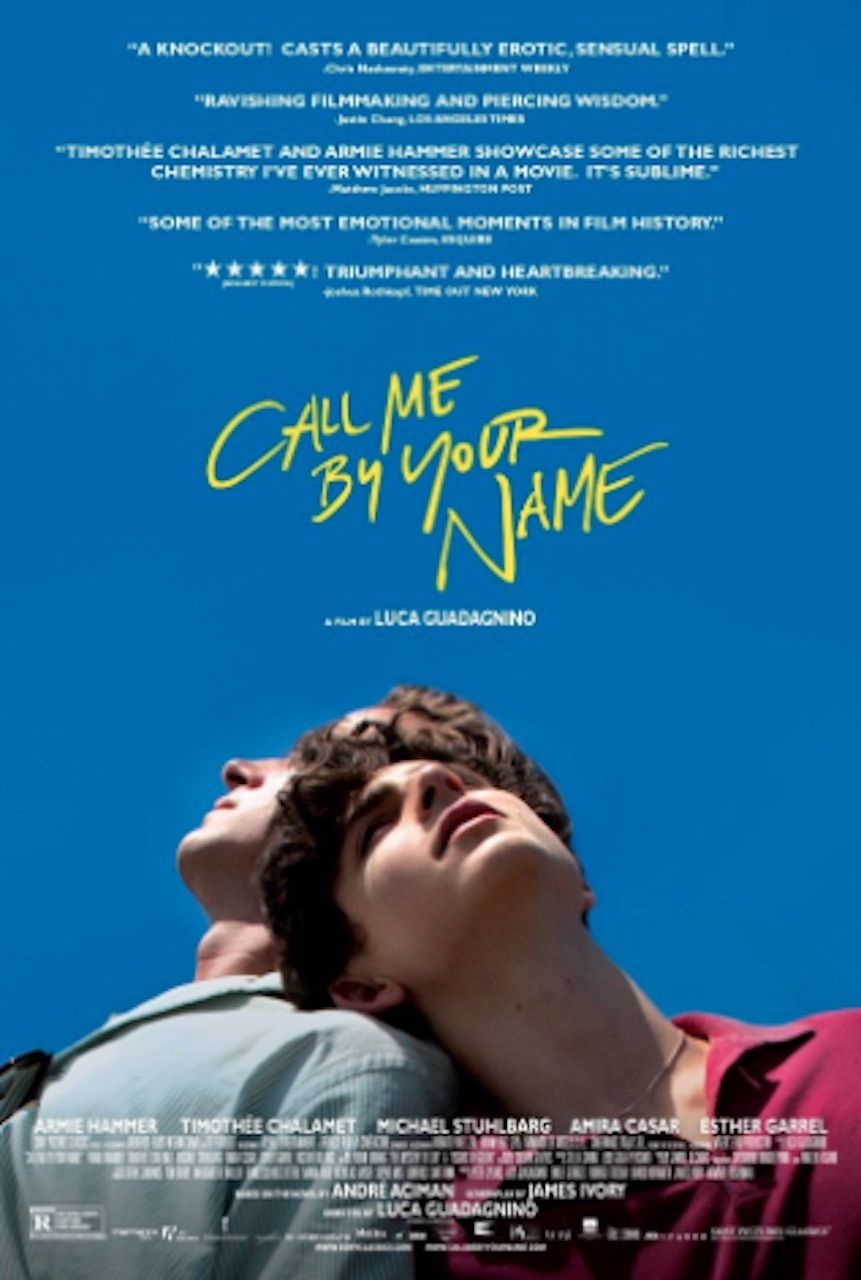 In place of summer vacation plans, live vicariously through Elio and Oliver, the young lovers in Call Me By Your Name (2017) who spend a summer exploring the Italian countryside… and each other. Based on the novel by André Aciman, Call Me By Your Name was shot in the Lombardy region of Italy and is as much a sumptuous study of the country’s architecture and topography as it is of the two boys. Between the tiny town of Crema (an hour north of Milan), Bergamo’s ancient churches, Sermione’s idyllic lakeside ruins, and Cascate del Serio — Europe’s second-largest waterfall — the filming locations read like an Italian itinerary crafted by a local. With a handful of other painfully picturesque stops around the countryside, you may find yourself falling for Italy even harder than the two protagonists fall for each other. 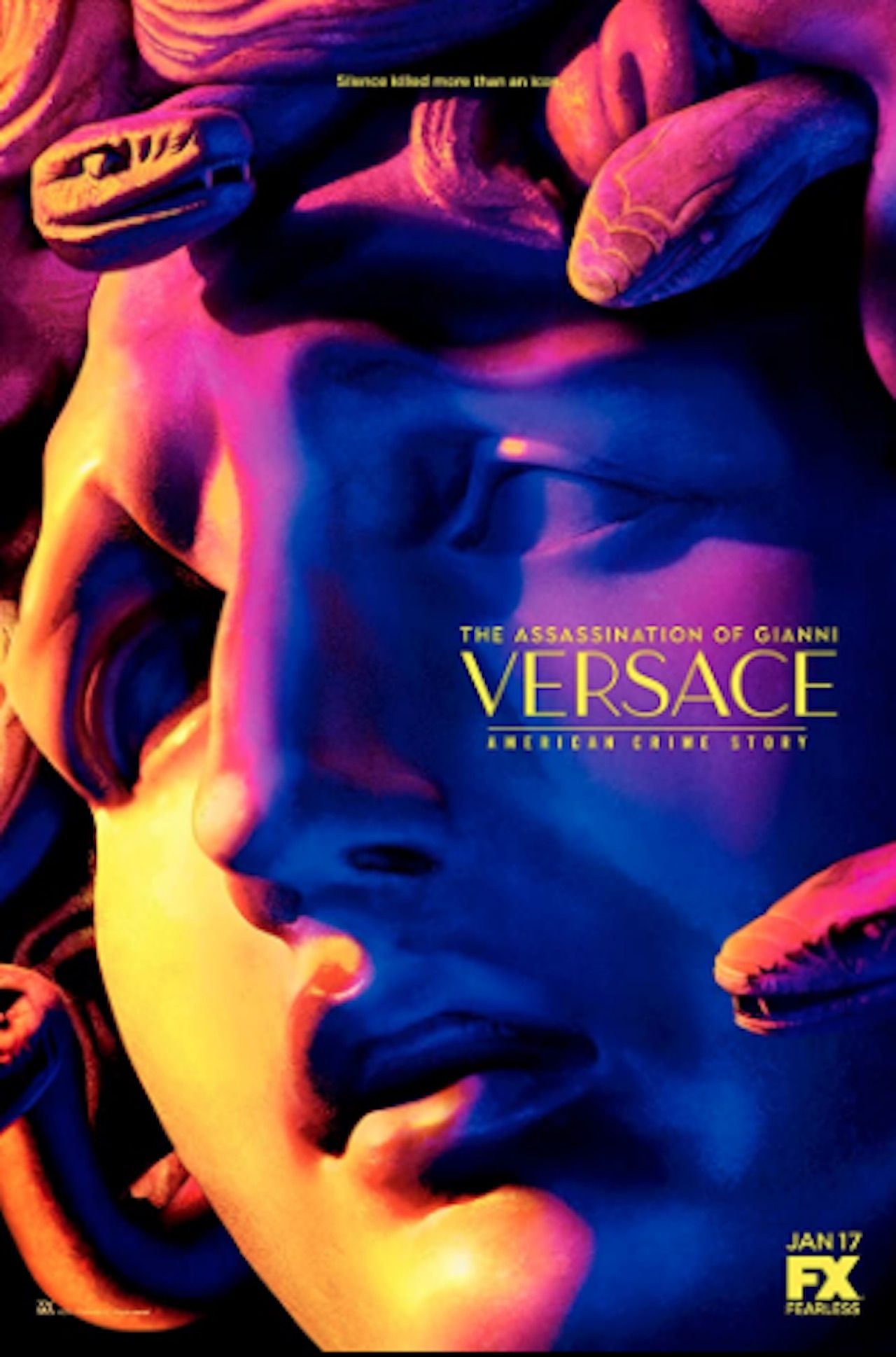 It costs over $700 a night to stay at the former Versace Mansion on Miami’s Ocean Drive, but only the price of a Netflix subscription to take a digital tour while watching the 2018 TV series The Assassination of Gianni Versace. On top of showcasing the late Gianni Versace’s not-so-humble home (the pool features an intricate mosaic lined with 24-karat gold), Ryan Murphy’s drama takes viewers to Miami Beach’s queer hotspots, including a night at the long-lasting gay watering hole, Twist. 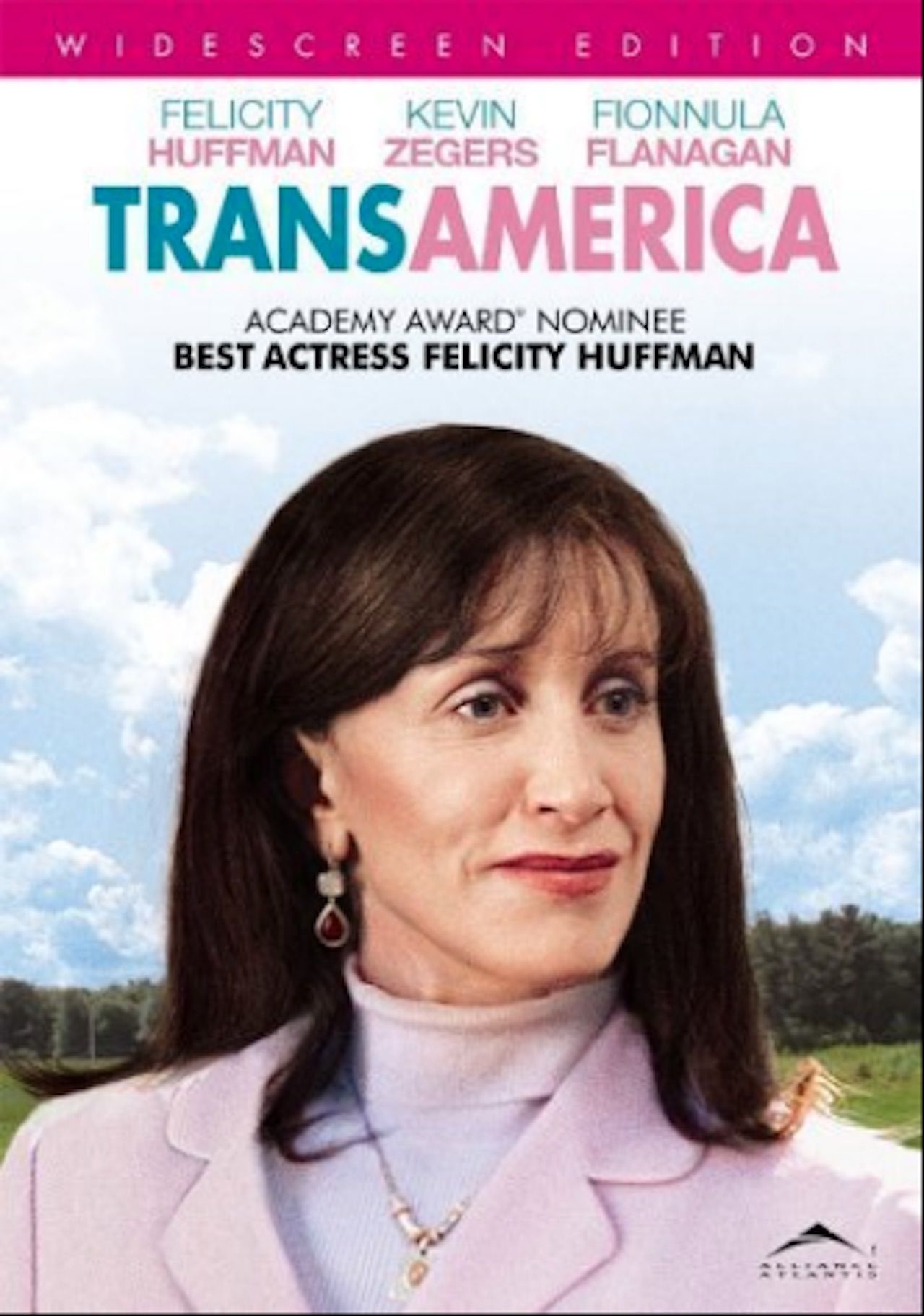 When a preoperative trans woman named Bree (Felicity Huffman, who earned an Oscar nom for her performance), discovers she fathered a son who’s slumming it on the streets of NYC, she takes it upon herself to bring him back to her Los Angeles home. Together, the two embark on a road trip and come face-to-face with a diverse slice of American life. If that’s not enough to get you excited about this 2005 dramedy, you still have to listen to the film’s breakout song, “Travelin’ Thru.” This Dolly Parton bop is a necessary addition to any road-trip playlist. 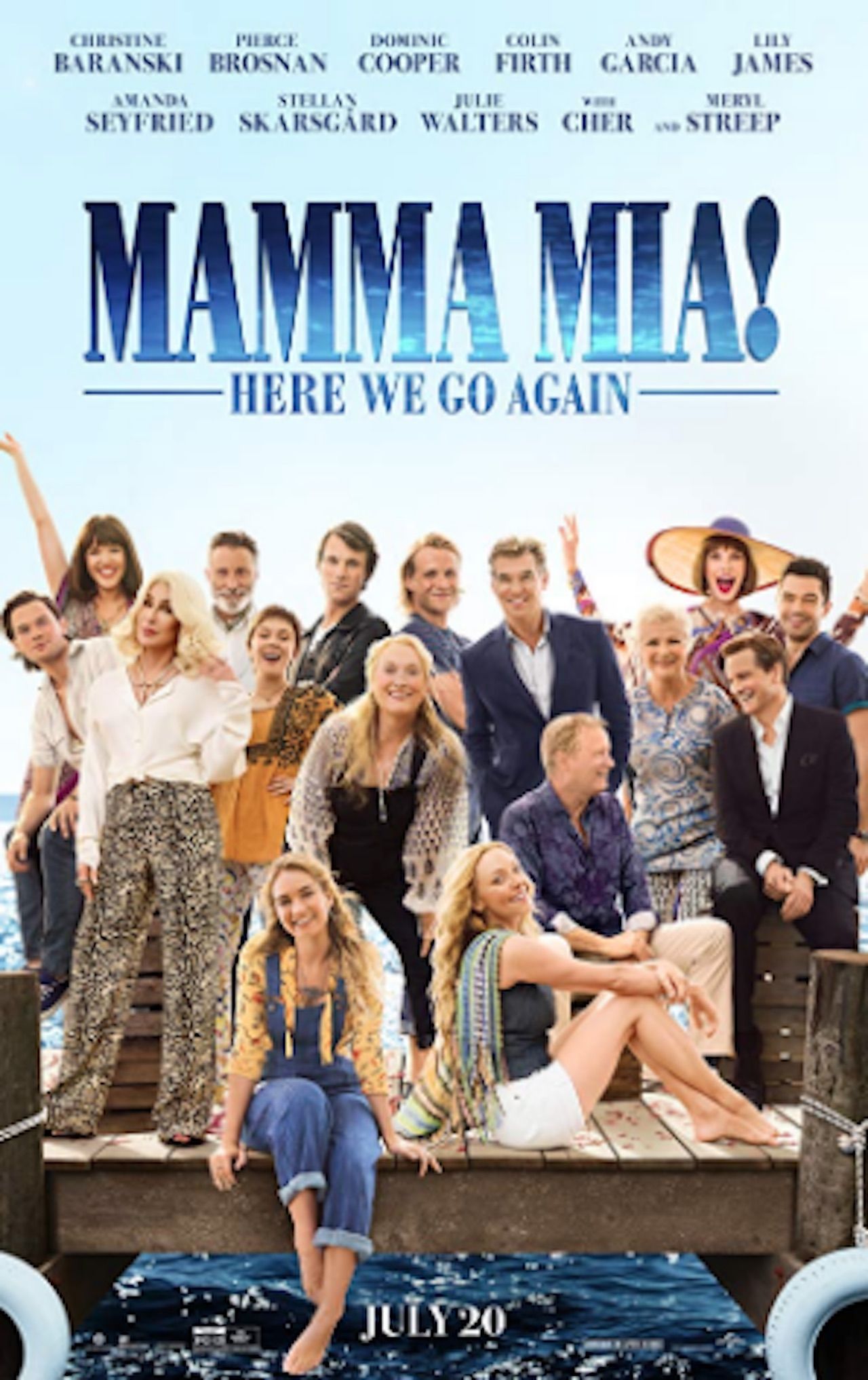 This 2018 sequel to Mamma Mia, a jukebox movie musical featuring the sugar-pop songs of ABBA, is the Susan Sontag definition of camp: “It’s good because it’s awful.” Amanda Seyfriend (Mean Girls) gives a John Waters-sized performance, Colin Firth plays the gay dad we all wanted, and these three queens all make appearances — Christine Baransky, Cher, and our Lord and Savior Meryl Streep. The cherry on top of this sweet treat is the filming location — an island just off Croatia’s Dalmatian Coast. Vis, a floating Elysium surrounded by glassy-green waters, is replete with 17-century Venetian architecture and enough charm to knock your pants off. Let’s hope you’re wearing a bathing suit underneath.

10. Stranger by the Lake — Provence, France 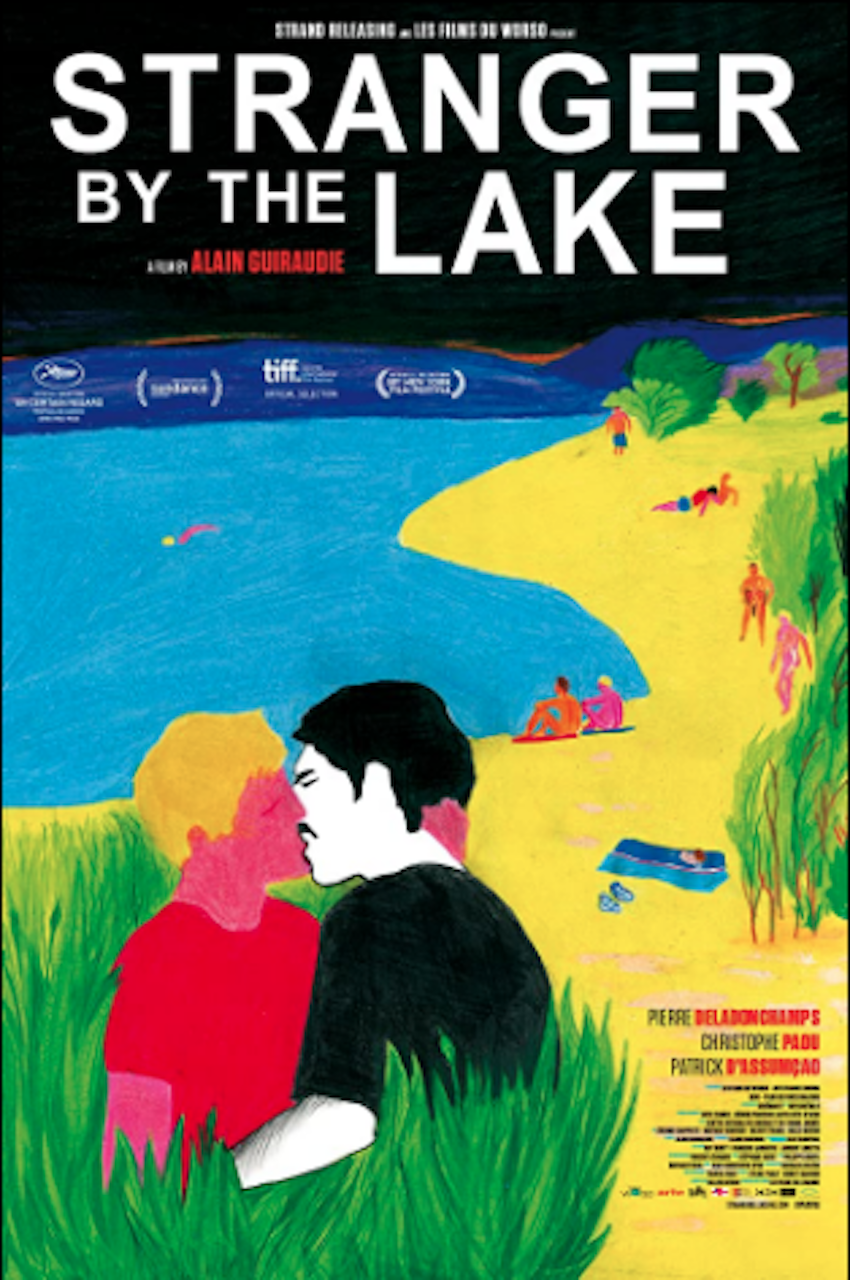 Although this French erotic thriller probably isn’t the feel-good film you need in light of current events, it does happen to be shot around the Lake of Sainte-Croix in Provence. In the movie, this serene reservoir surrounded by scrubby forests is transformed into a nude beach known for gay cruising. Frank, a single gay man, searches the shores for a summer romance and finds what he’s looking for in a mysterious man named Michel. After a death occurs, all fingers are pointed at the two lovers. At its core, the film is a parable about the need for social distancing — an all-too-relatable tale for our times. 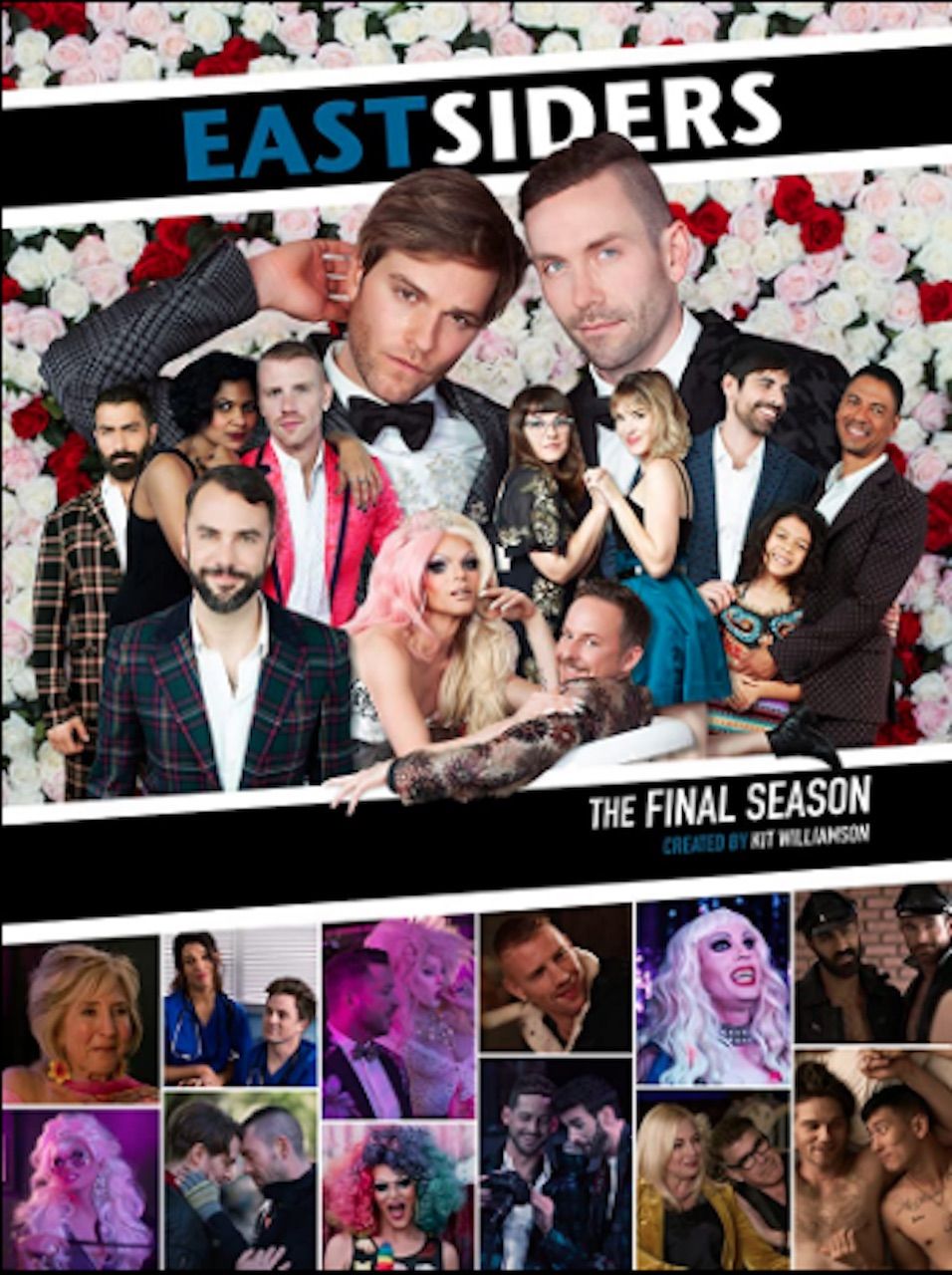 This web series picked up by Netflix explores the dysfunctional relationships between several Los Angeles-based queer couples. The show’s five seasons bring the two main characters, Cal and Thom, from hipster haunts in LA’s Silver Lake neighborhood to the streets of New York City, and even across the country in a vintage camper trailer. The show sometimes reads like a shticky CW drama for 20-something queer folks, which is to say it’s totally binge-worthy. Regardless of the low-brow factor, EastSiders does a stalwart job grappling with modern-age monogamy and paints a diverse picture of Southern California’s LGBTQ landscape.

12. To Wong Foo, Thanks for Everything! Julie Newmar — United States 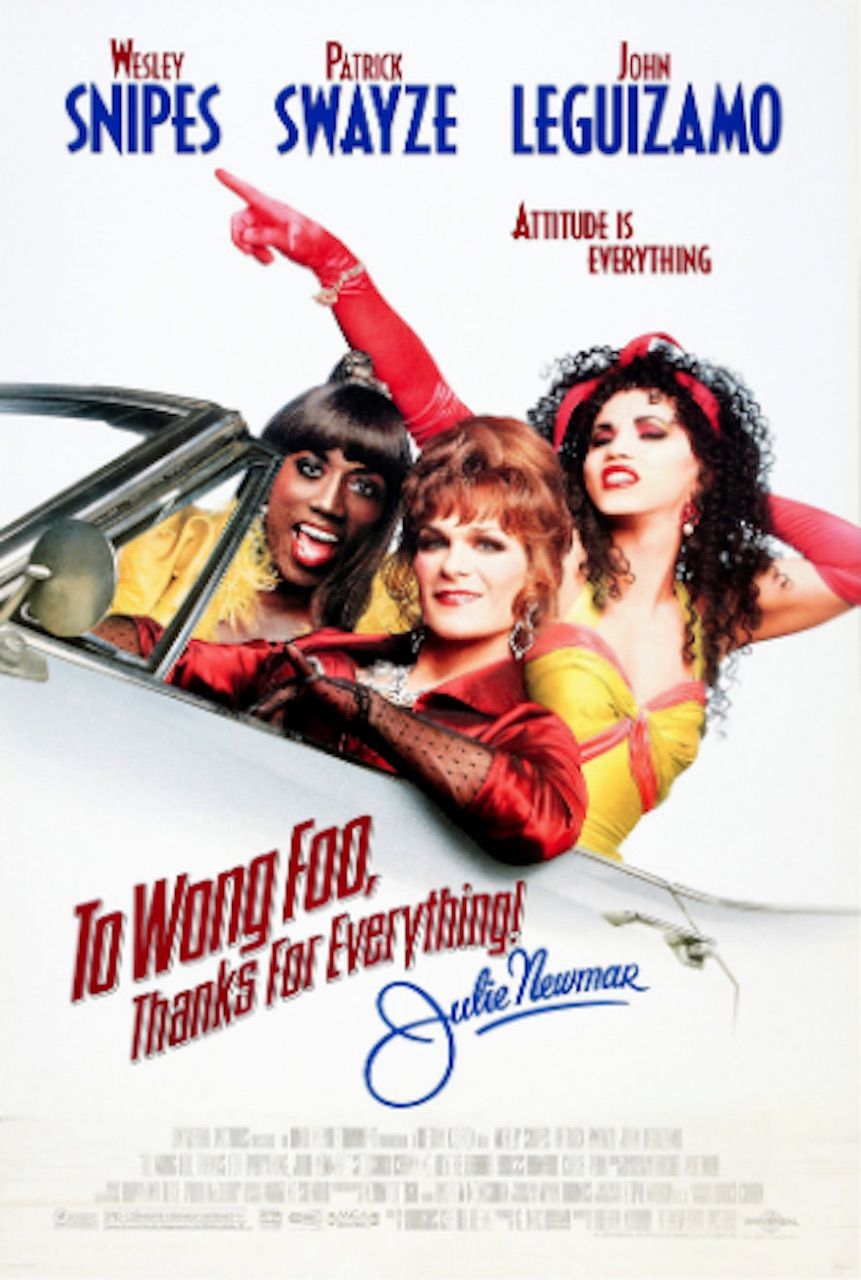 Drag-fueled road trips are so much fun that this list needed two. To Wong Foo, Thanks for Everything! Julie Newmar — a 1995 cult classic starring Patrick Swayze, Wesley Snipes, and John Leguizamo — follows three drag queens who get stuck in a tiny town after their car breaks down between New York City and Los Angeles. Watching Swayze and his crew try to pass as biological women in a backward tumble-weed town is two hours of absolute escapism — the breath of fresh air we could all use right about now.