For most people from the West — especially the US — Iran may be among the top-five last places they’d think of visiting. It’s a country associated with terrorism, violence, and societal repression. But if travel teaches us anything, it’s the vast difference between how places are portrayed in the media and the reality of what you find when you actually go there.

Dutch Filmmaker and photographer Reinier van Oorsouw traveled to Iran with this simple question in mind: Is it really that bad? In this new Matador Originals video series, he explores the country, taking people’s pictures and asking them what’s on their minds. What emerges is an altogether different portrait of Iran than we’re used to — a totally safe and modern country for travelers to enjoy, a place with awesome ski resorts, incredible desert terrain for 4×4 expeditions and partying in the dunes, and pockets of alt culture where kids, just like anywhere else, get stoked on Instagram. 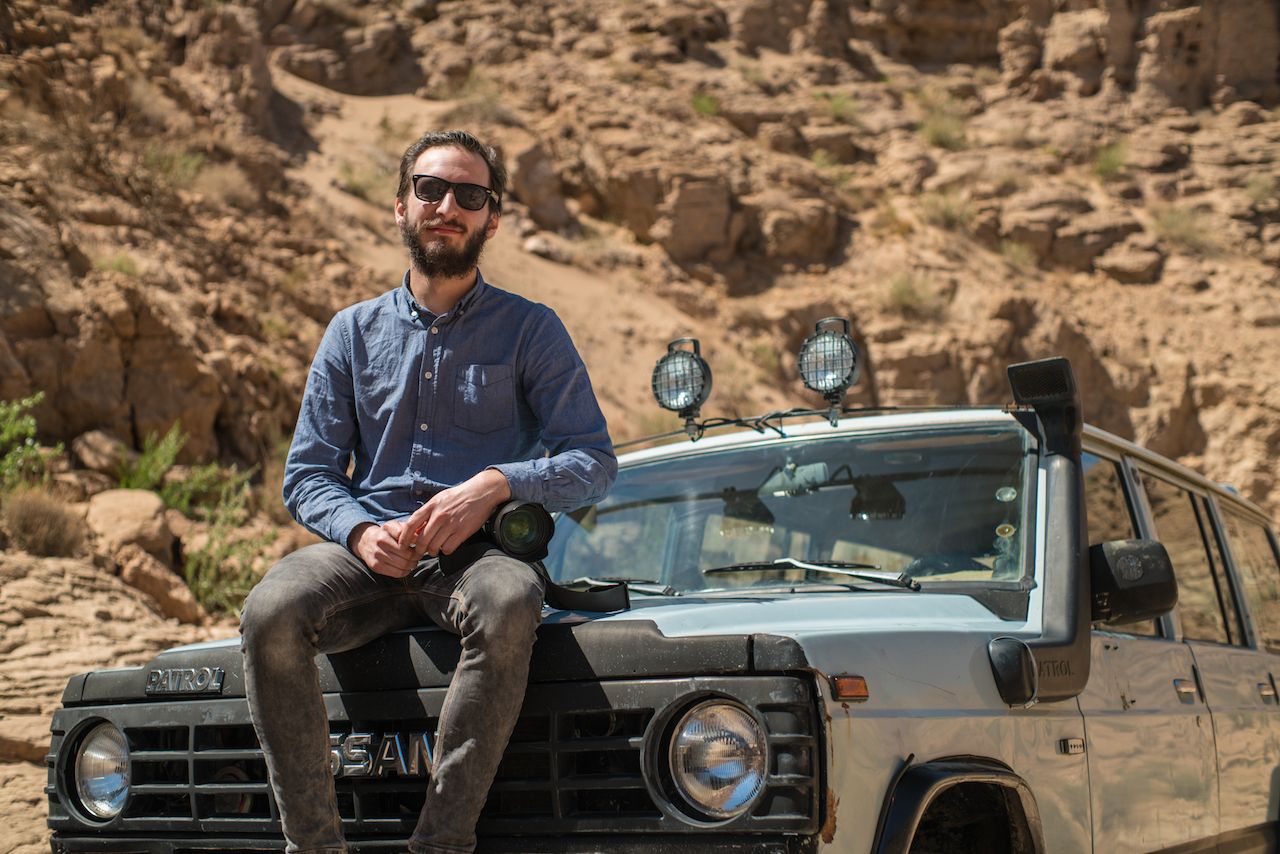 The first thing you need to know about Iran is that if you’re from the US, you’re unfortunately obliged to have an official guide when you visit. But being Dutch, Reinier is among the nationalities that can simply obtain a visa on arrival. From there, it was as simple as renting a car (all he needed was a driver’s license). Navigation was easy with signs in English almost everywhere and, in general, a well-developed modern highway system.

Making hotel reservations was also simple; it could all be done via Booking.com or just showing up at hotels. And Reinier found the famed hospitality of the Muslim people to be true throughout his trip. 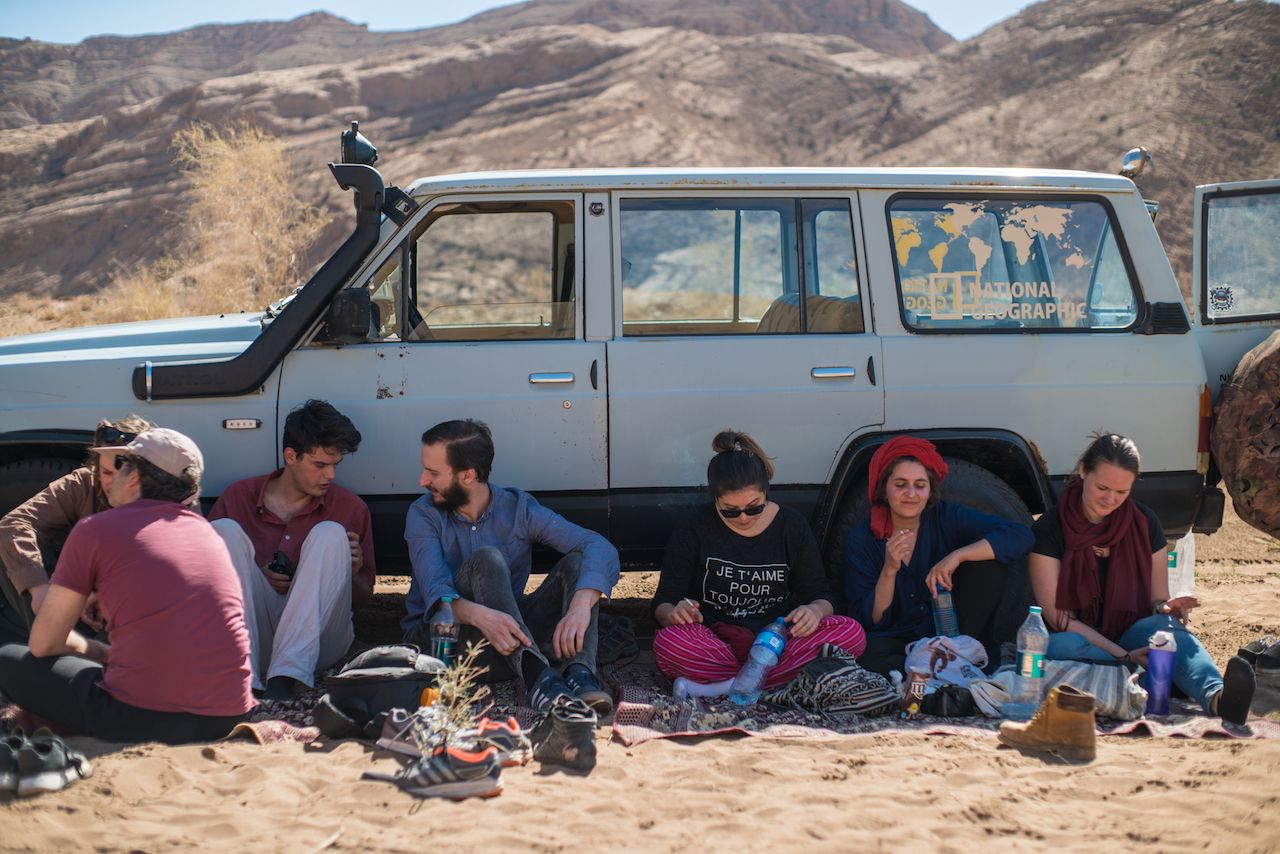 “When we were heading out from Tehran to Isfahan, we were just walking through town in the morning to get some supplies,” he explains. “When we entered a store, people first started talking Persian to me. But as soon as they noticed I was foreign, their faces lit up. Suddenly they wanted to know everything about me and to be in a picture with me.”

“Then an old lady grabbed my arm and started dragging me out while talking Persian. I thought she wanted me out of the store, but when someone translated, I realized she was just so happy to see me that she immediately wanted to take me home to try her food. It happens everywhere!” 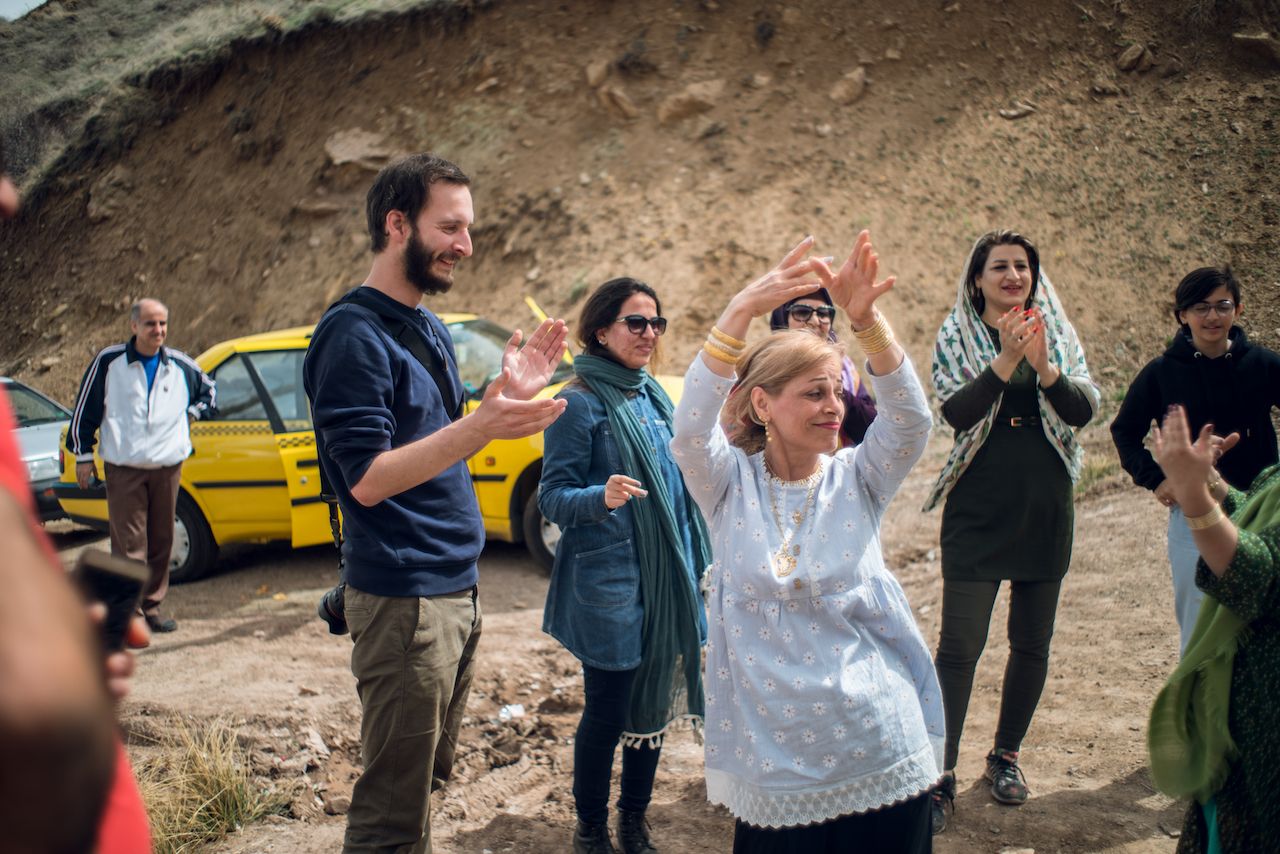 When it comes to societal norms, Iran is at an interesting point. Unlike some Islamic countries, such as Saudi Arabia, Iranian women are allowed to drive. They can also hold positions in parliament and have access to higher education. But there are still severe restrictions on women’s freedom in Iran. Women may be forbidden by their husbands to work and travel, and all women are expected to wear hijabs (headscarves) in public or face prison. 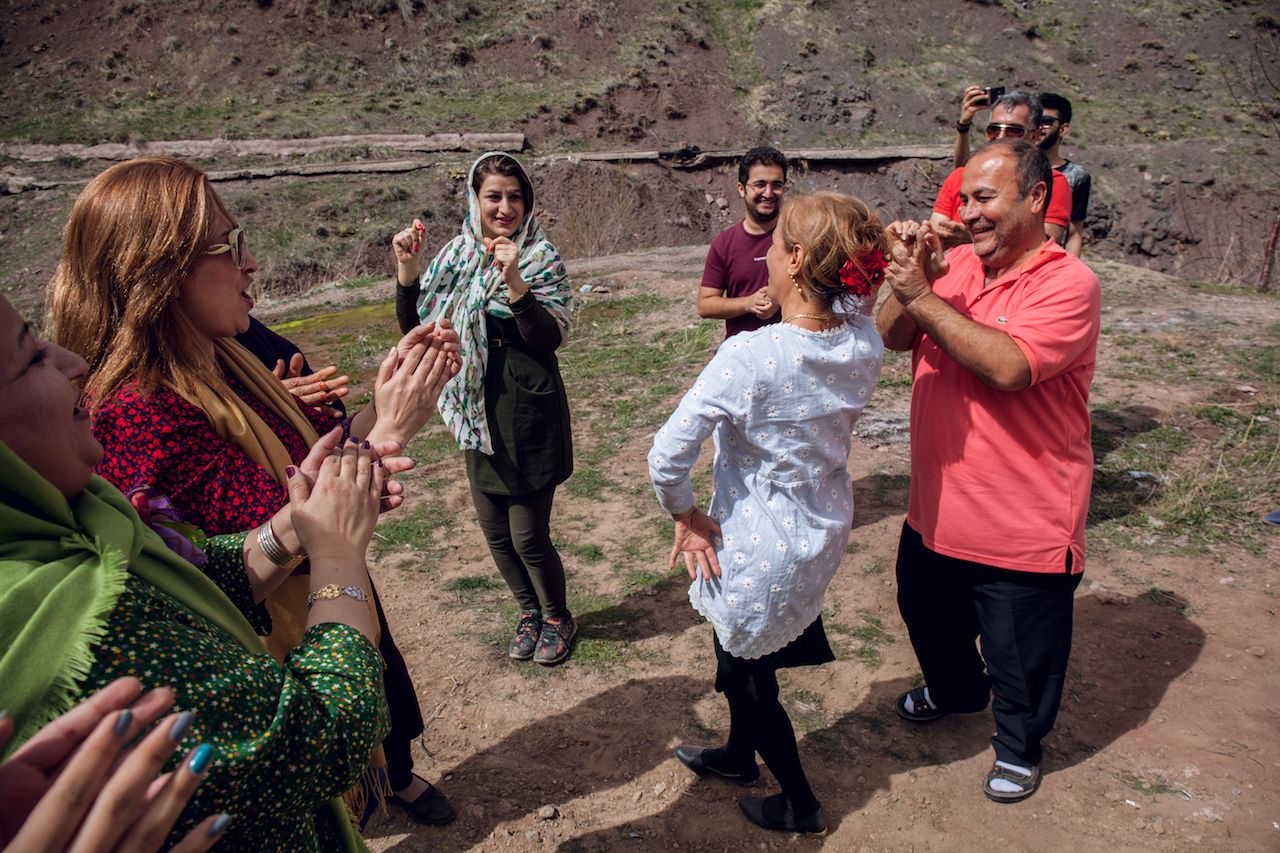 Throughout the series, Reinier meets individuals challenging these societal norms. In Episode 1, some women take off their headscarves to pose for photos in public, revealing dyed, dreadlocked, and otherwise edgy hairstyles. In Episode 4, he finds two women without hijabs in the desert. One mentions that she often drives without her scarf. Still, she lamented the “simple things” like going to the beach with her husband or going to the gym with her husband, which are currently prohibited. 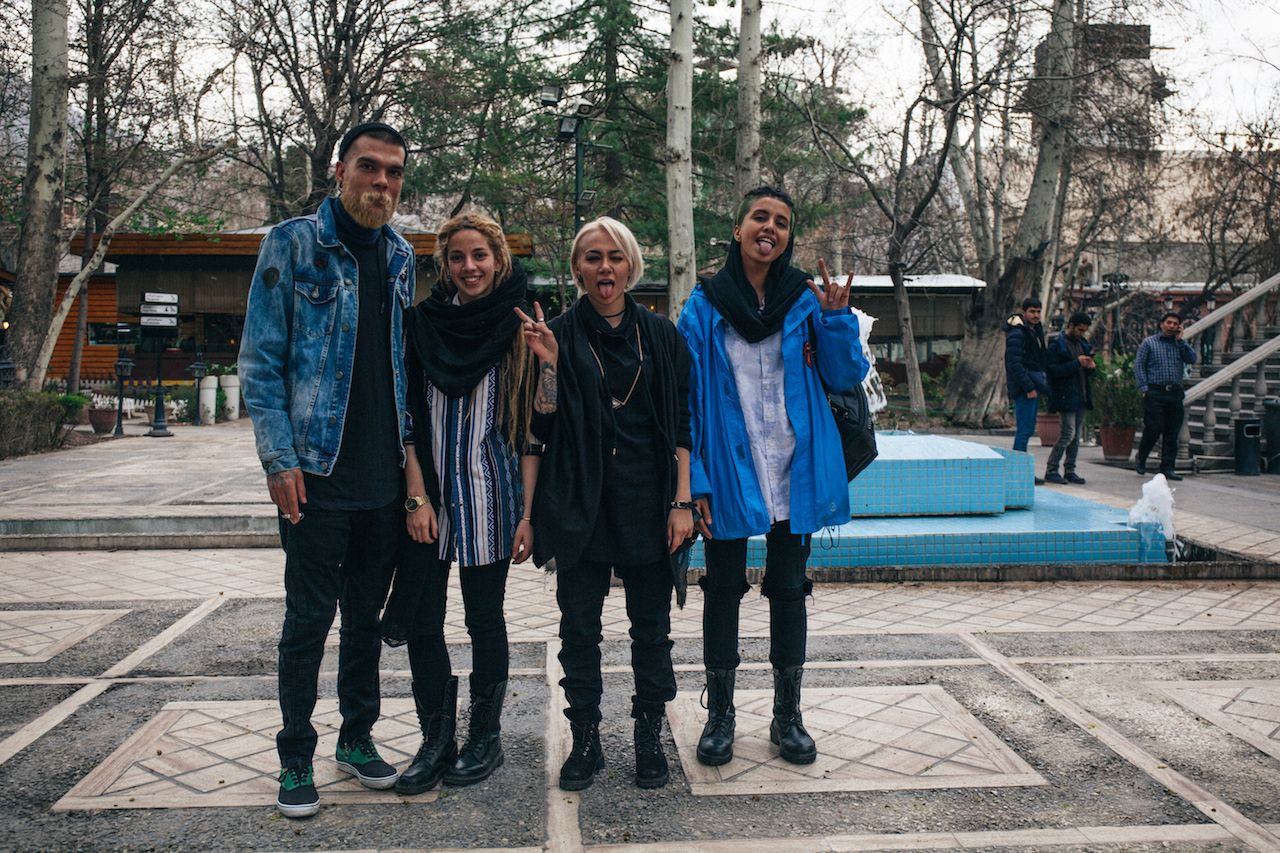 Reinier noted that in spite of the seemingly huge cultural gap between the West and Iran, when he was hanging with people, there didn’t seem to be any gap at all. While so many freedoms we have (and take for granted) like being able to drink and dance don’t exist in Iran, that doesn’t mean people don’t still party or dance. It just all happens behind closed doors.

“I feel that people are ‘trapped’ outside,” Reinier notes. “Trapped in a role of ‘normal’ citizen, the way society obliged you to be. Freedom is indoors where there is no supervision.” 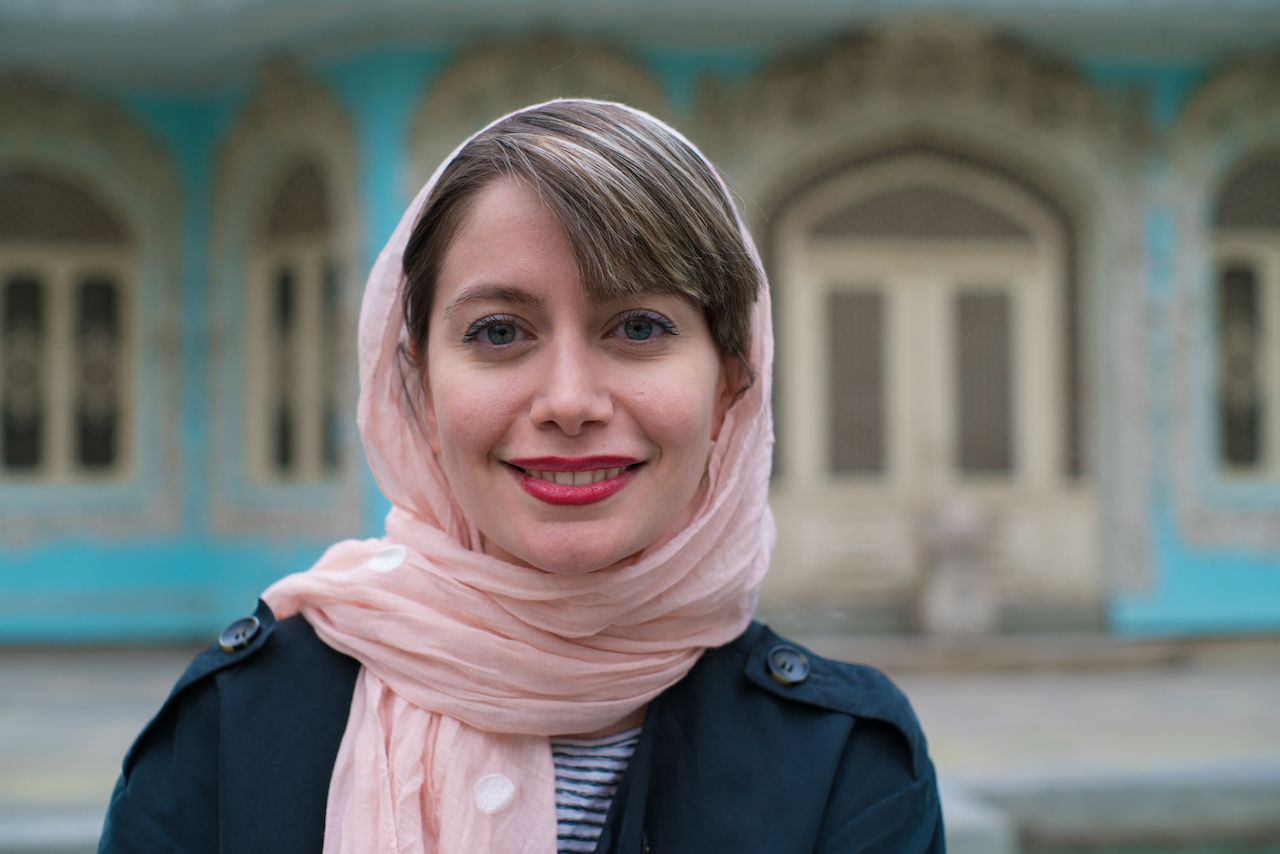 And perhaps what struck Reinier the most was the modern mindset he found in the north of Tehran, a wealthier area with hip cafes and WiFi everywhere. Here, he met female photographers who’d been working for magazines and other creative jobs. Sometimes they even had the traditional “male” roles of being the breadwinners in their households. This is the Iran you don’t see on the news. It’s the country we should get to know for ourselves.

You can watch Episode 1 of the series below:

TravelEveryone Thinks Iran Is a Dangerous Place. Here’s Why I Can’t Wait To Go Back There
Tagged
Culture Iran
What did you think of this story?
Meh
Good
Awesome

60 Things You Need To Know When Traveling To Iran