Japan has long been known for its fashion, with a number of trends and subcultures ranging from simple punk grunge to oversized clothing to lolita styles. But despite the ever-evolving clothing and accessories scene, one item that has endured the test of time in the nation is the kimono. From the early days of the Heian period to modern day, the kimono’s influence can still be seen today.

An evolution through time

The kimono as we currently know it is a traditional, T-shaped garment that comes in a variety of colors and patterns, with an obi — a sash — tying it all together. The word kimono can translate a few different ways, but generally they all are a variation of “the thing to wear” or “wearing thing” as ki means “wear” and mono means “thing.”

The kimono wasn’t always known by that name, however. In the Heian period (794 to 1185 CE), it was just called one of those variations or a robe, worn as a usual piece of clothing by commoners and as an undergarment by aristocrats. By the time the Edo period (1603 to 1867) came around, they were called kosode if the armholes were small or osode if they were large. While both were common, the kosode eventually became the more popular version, worn by people of all ages, genders, and socioeconomic status.

The name change to kimono came in the Meiji period (1868 to 1912) when Japan further opened up to Western trade, which influenced all parts of Japanese culture, from art to food to clothing. As more and more people opted for modern clothing, the kimono faded out of everyday use. While not worn as widely as in the past, the kimono can still be seen in its original form today, mainly reserved for special occasions.

A display of personal background and symbolism 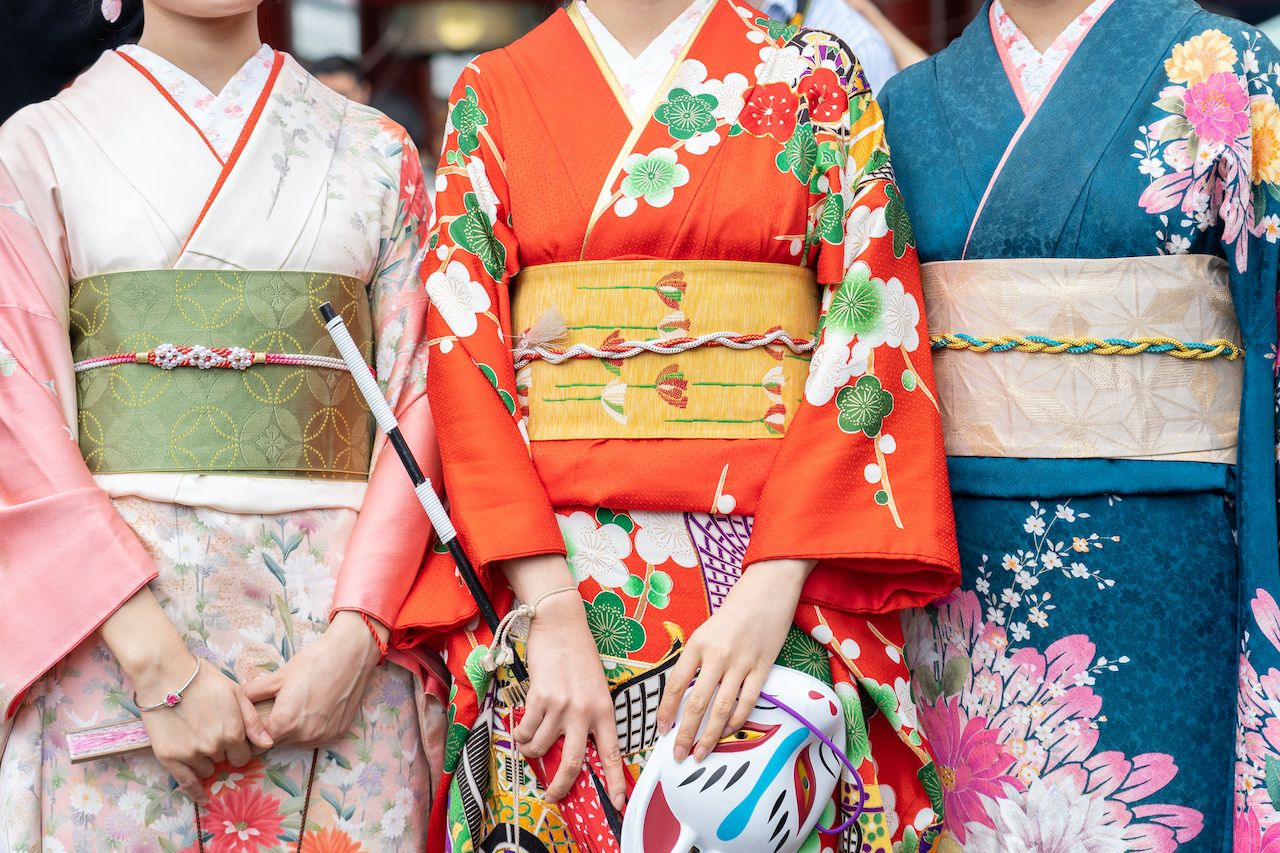 The kimono was always intended for all body shapes and sizes. It consists of straight cuts of fabric that are sewn together. Any excess fabric can be tied up in the obi, allowing the wearer to adjust the kimono’s fit to their liking. Despite the size being of little to no importance, every other part of a kimono — the pattern, the color, the material, and any accessories paired with it — told the story of a person’s identity, background, and personal preferences. The stylistic choices could easily display a person’s social status. For example, only a wealthy person at the time could afford to use a kimono made with silk as an everyday item, rather than save it for important events.

A kimono’s pattern holds much significance beyond a single person’s choices. There is a seemingly endless number of designs, images, and patterns that can be used — from simple things like flowers to entire landscapes — but each has its own meaning. One of the more common motifs is that of a crane, a revered animal in Japan that has come to symbolize longevity and good fortune due to legends claiming that the animal has a lifespan of a thousand years. Another is the mandarin duck, which is a popular choice for kimonos that are worn during weddings, as the animal is a sign of love, fidelity, and happiness in marriage. Patterns like wave crests symbolize tranquility and the desire to live peacefully, while a hemp-leaf-looking pattern on a kimono is often seen on younger people, meant to stand for growth and health while coming of age, as hemp itself is strong and grows quickly.

According to research done by the Victoria and Albert Museum for its exhibit “Kimono: From Kyoto to Catwalk,” the colors chosen for the making of a kimono have a deep connection to nature. The dyes used are thought to be connected to the spirits of the plants where they come from, and anything the plant was used for would translate over to the fabric in some way. Blue dye typically comes from the indigo plant, the root of which is used to treat various flus, infections, colds, bites, and the like, so blue kimono fabric is considered to work as a form of repellant. 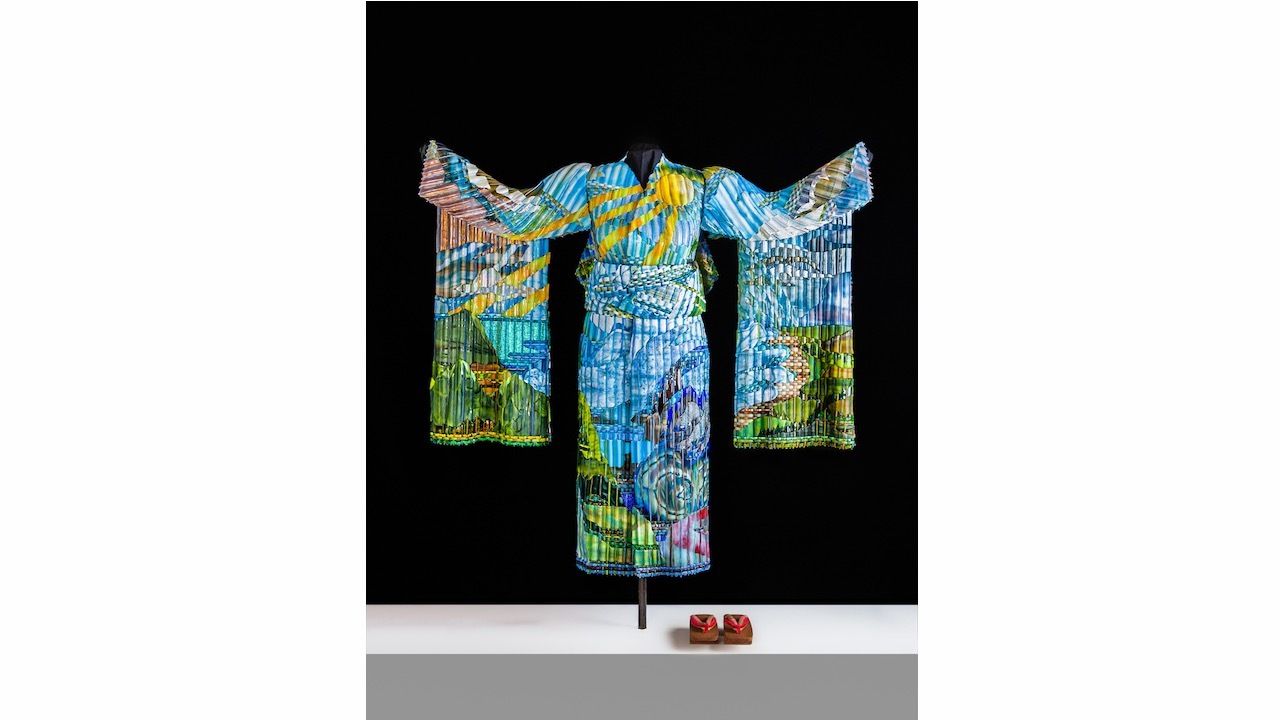 Though Japan’s fashions are influenced by the rest of the world, the kimono too has influenced in return. Famous designers like Yves Saint Laurent, Cristóbal Balenciaga, and Alexander McQueen have all drawn inspiration from it, and evidence can be seen in a number of their designs. Newer designers, both from Japan and the rest of the world, are also taking pieces of the kimono — like the sleeve length and size — and applying it to their own concepts.

The garment’s influence isn’t limited to just fashion designers, either. According to an article in i-D, French artists such as Degas and Manet would paint society women in kimonos. Artists Eric Markow and Thom Norris put on a woven glass exhibit in 2013, and several of the sculptures were of kimonos made out of colorful glass. Notable embroiderer Jane Morris and writer Virginia Woolf would wear kimonos as a way to go against the tight and suffocating clothing that was popular at the time.

In a similar vein, the kimono’s versatile wearability is especially welcome at a time when societal gender norms are being challenged and changed for the better. The West has long lagged behind Asia in terms of gender fluidity, where in some cultures identity goes beyond the normalized concept of what’s female and male. 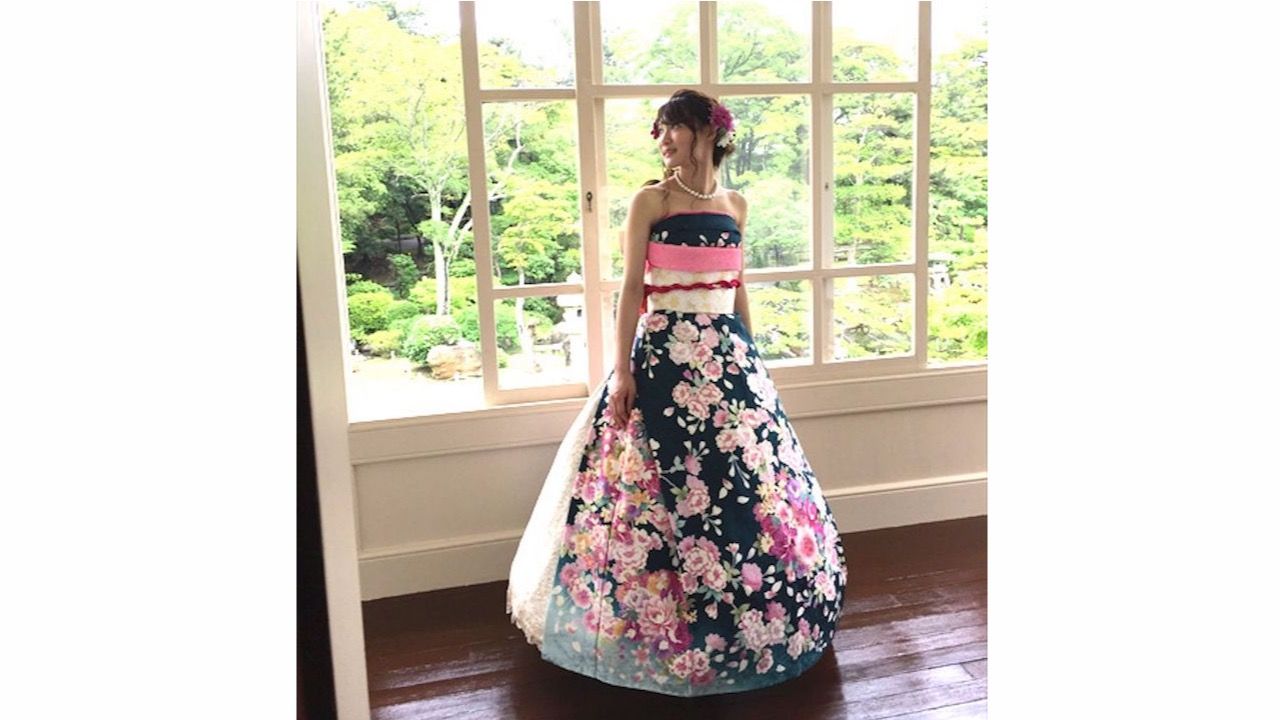 The reimagining of the kimono is not specific to the Western world. In the past few years in Japan, a trend has emerged where brides are repurposing their old, long-sleeved kimonos and turning them into wedding dresses, and the results are nothing short of stunning. This can be attributed to a number of factors, least of which is modernizing times, but rather than forsake the traditional, people are combining that with the contemporary aspects of their weddings — taking elements of both for a unique union of the two concepts. Even more incredible is the fact that the change is not permanent; brides can revert their dress back into the full kimono in a matter of minutes. All that needs to be done to change a kimono into a wedding dress is folding the sleeves down and tying them into a bow at the back. Companies like Watabe Wedding, a Kyoto-based wedding planning company with a collection of wedding dresses that are made from real kimonos available for rent, are getting in on the action.

FashionThe Japanese Folk Art of Sashiko Mending Is a Stunning Answer To Our Modern Woes
Tagged
Culture Fashion
What did you think of this story?
Meh
Good
Awesome