São Paulo is a thriving megacity, a hub of culture and architecture and the most populous metropolitan area in South America. Among the city’s 12 million residents is the largest concentration of Japanese people outside of Japan. The first Japanese immigrant arrived in Brazil in 1908, and today there are over one-and-a-half million people of Japanese descent in Brazil, the majority of them in São Paulo. Their influence flows through São Paulo’s neighborhoods, cuisine, and culture, and this is where you can find a taste of Japan the next time you’re in the city. 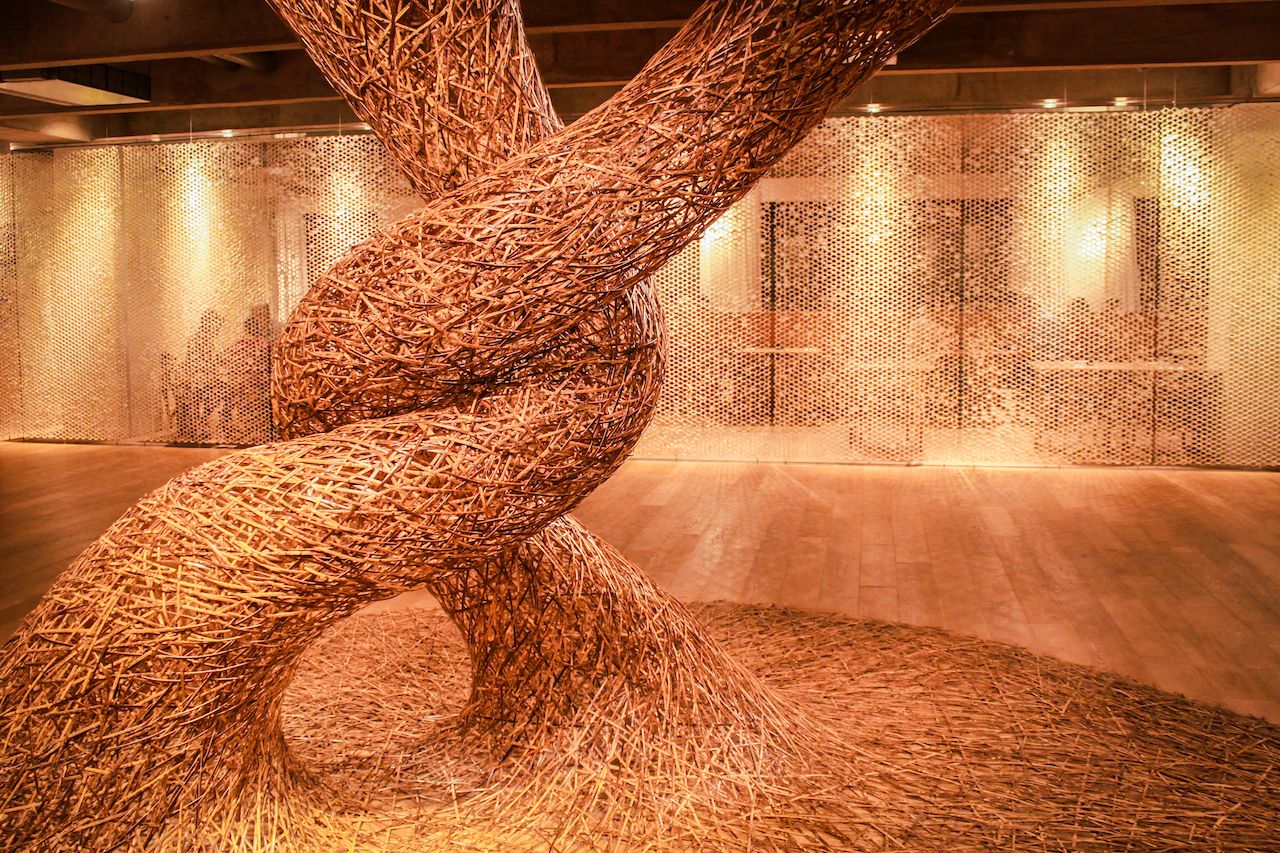 Created as a project by the Japanese government in its efforts to highlight Japanese culture around the globe, Japan House is in three cities: Los Angeles, London, and São Paulo. The facility is part food hall and part art museum, with special events and retail mixed in for good measure. The São Paulo location often highlights exhibitions from local and international Japanese artists while at the same time showcasing the coexistence of Japan’s very strong traditions within the city.

Dig into a pastel anywhere in the city 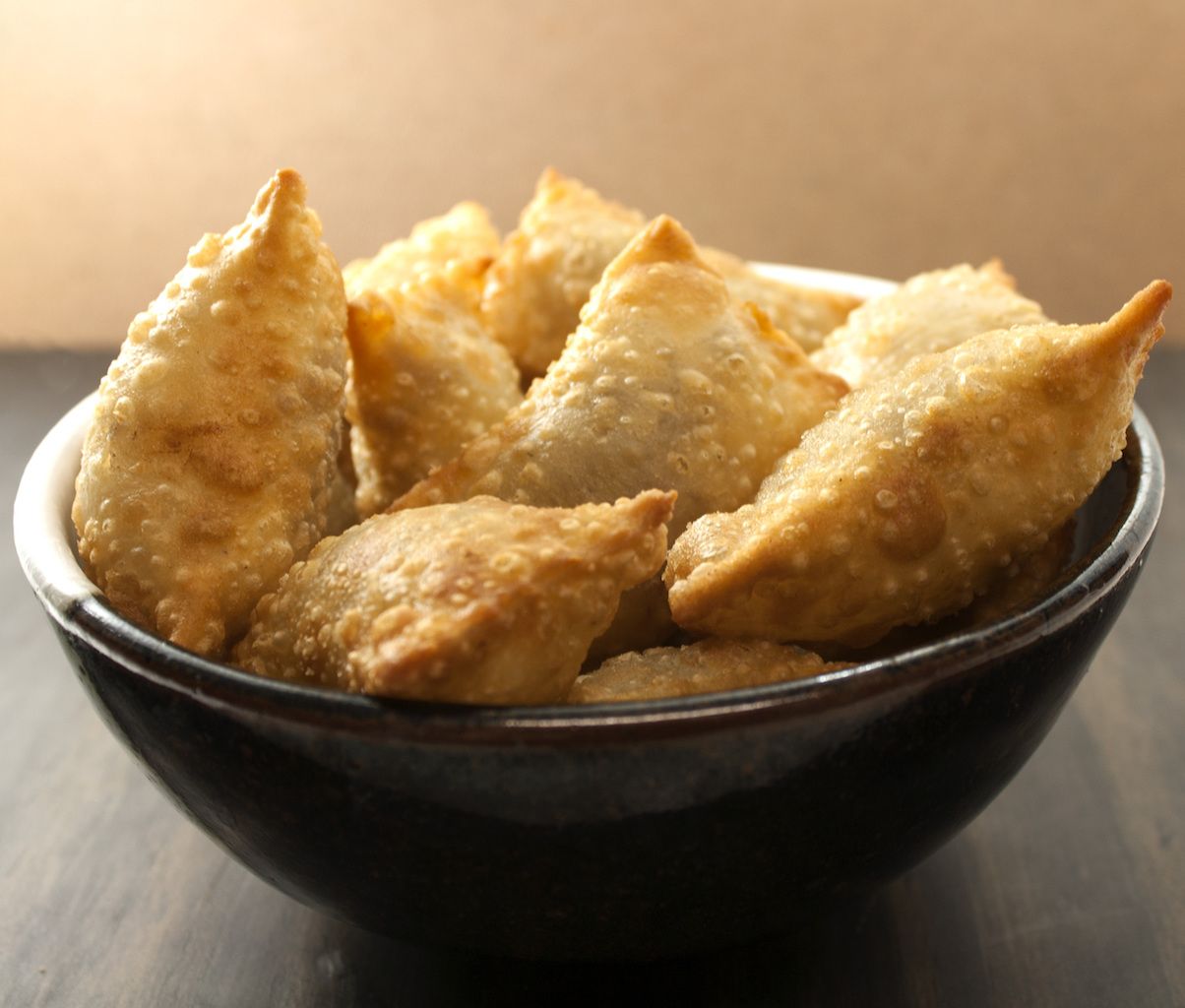 One of the easiest ways to experience the Japanese culture in São Paulo is to eat pastel. This savory treat is a play on the spring roll, originally created back in 1890 by Chinese immigrants as a way to recreate a favored food with ingredients available in the city. The snack was popularized by during the Second World War by Japanese immigrants who opened the first pastelarias selling the fried treat. They did so in an effort to pass themselves off at Chinese, since there was much prejudice against them for Japan’s siding with the Axis powers in the war. Nowadays, besides finding them in pastelarias, you can do buy pasteis from open markets, a Brazilian weekly tradition in nearly every neighborhood of São Paulo.

View the work of Brazil’s most famous Japanese artist 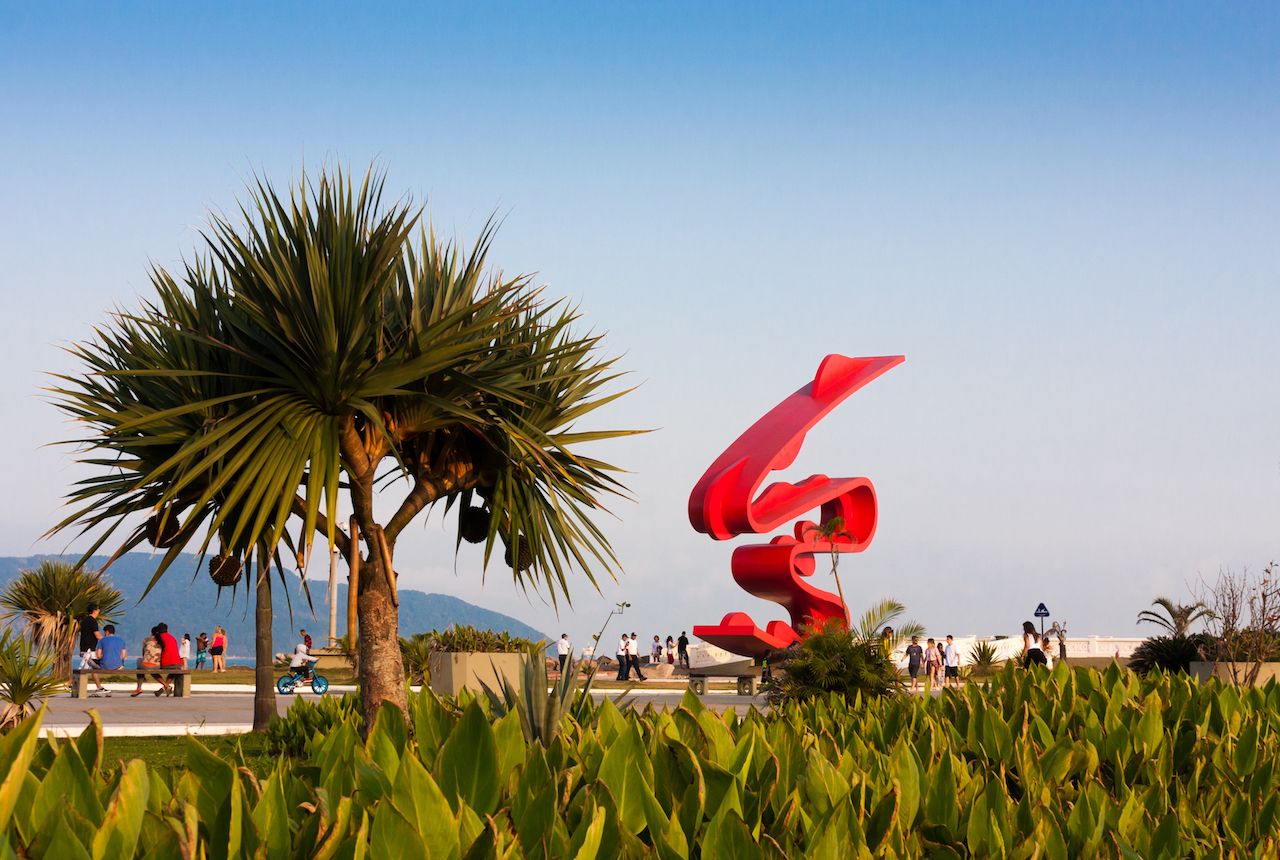 Named after Kyoto-born artist Tomie Ohtake, the Instituto Tomie Ohtake was designed to receive exhibitions from both Brazilian and international artists in the fields of architecture, design, and visual art. Ohtake actually didn’t intend to settle in São Paulo. She arrived in 1936 intending only to pay a visit to her brother but was unable to return home due to international conflict during World War II.

What makes this institute so interesting is that in honor of Tomie’s outstanding career — which spanned six decades from the 1930s to the 1990s — every exhibition focuses on the timeline of her life, leading visitors to a better understanding of Tomie’s artistic career and the world events happening as it played out. Tomie Ohtake’s art has its own special place on the building with ever-changing exhibitions going on since 2014, and since its founding in 2001, the building itself has become an iconic part of the city’s skyline. You can view one of Ohtake’s most famous sculptures on a day trip to the nearby beach town of Santos.

Recognize the Japanese influence on the city’s skyline 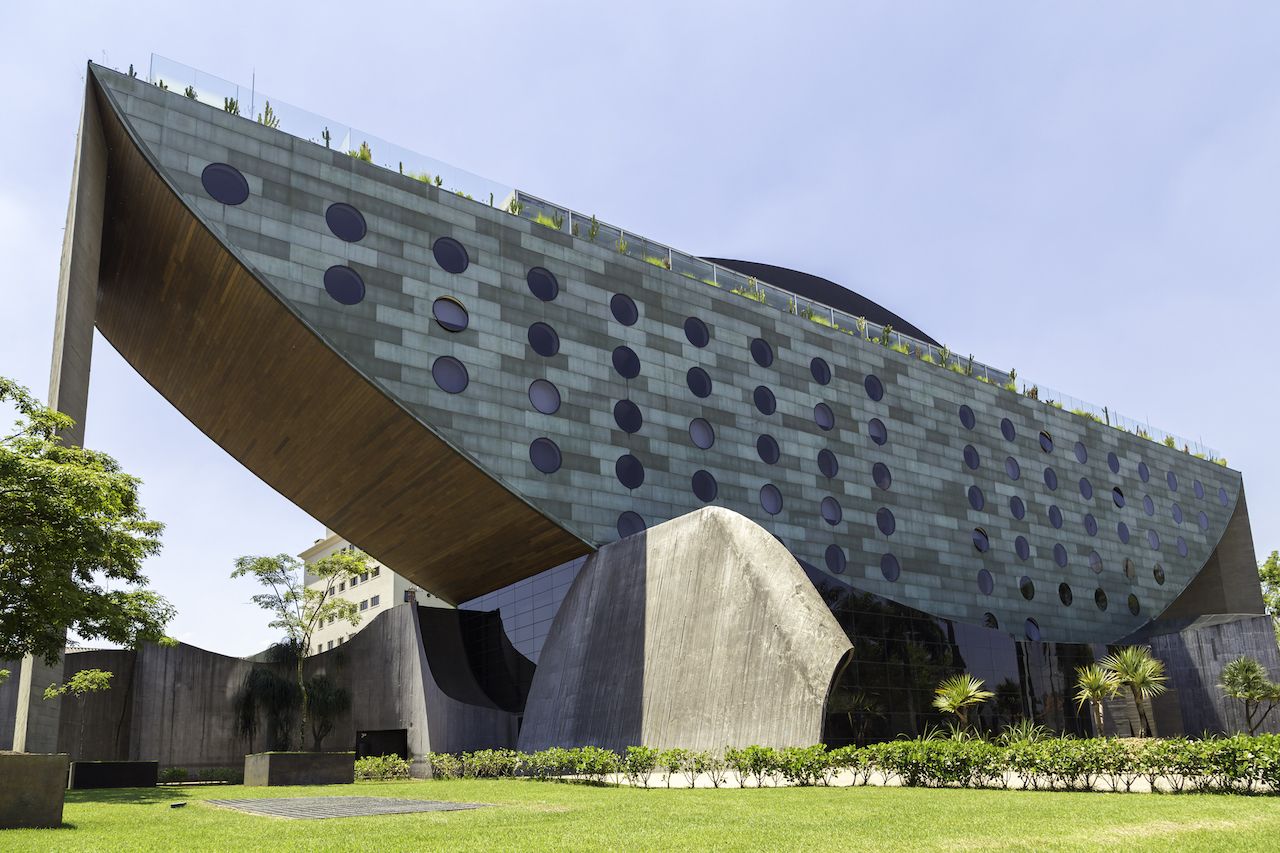 With its architecture designed by Tomie Ohtake’s son Ruy Ohtake, Hotel Unique is another landmark of the city. It’s boat-shaped design, with iconic circular-shaped windows like portholes, make it one of the most Instagrammable buildings in the city. It’s as unique as its name suggest and hosts artists, musicians, and scores of hipsters who pass through São Paulo. Hotel Unique is also home to the Skye Bar and Restaurant, located on the hotel’s rooftop, which has one of the best views in the entire city, along with its famous red-colored pool.

Stroll the streets of Liberdade 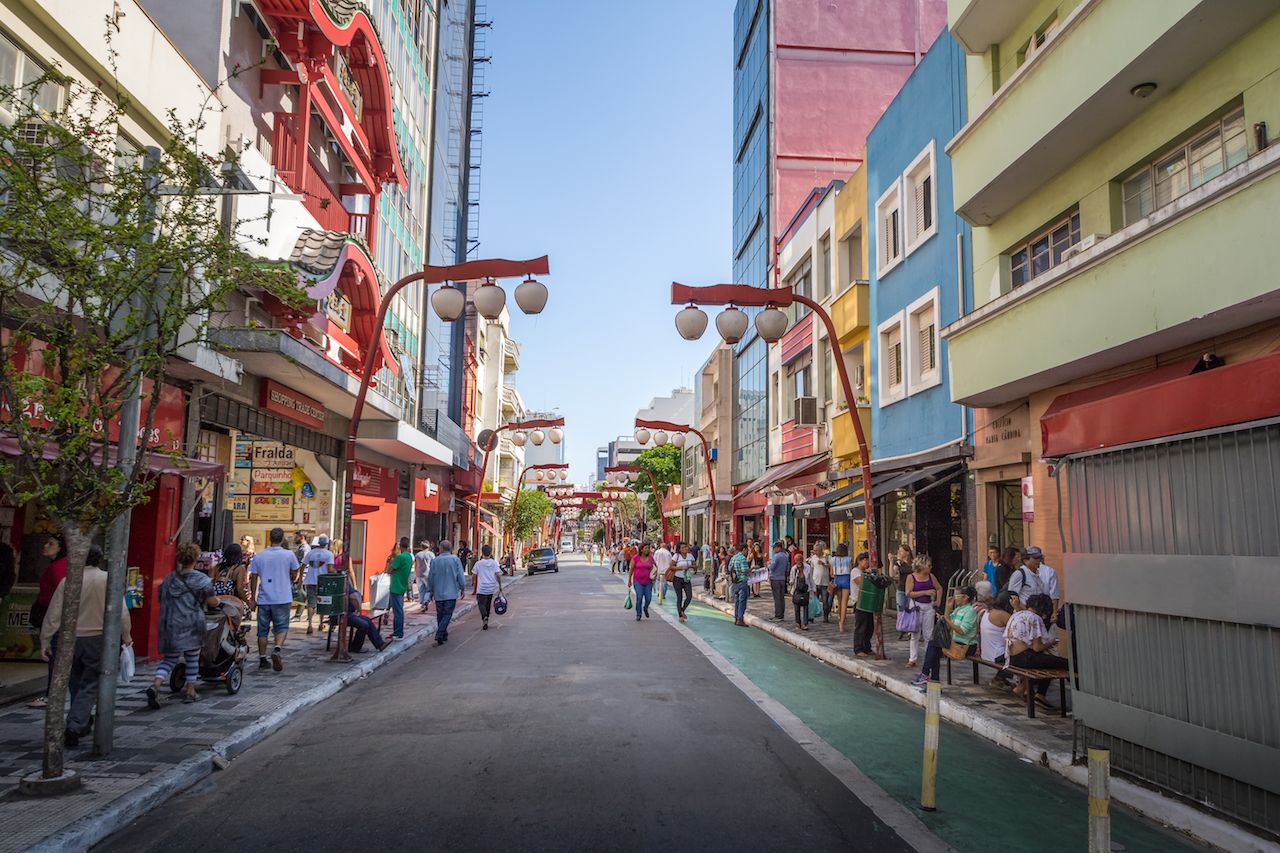 The Japanese neighborhood of São Paulo, known as Liberdade, had a grim history long before the influx of Japanese immigrants. The neighborhood was once known as the place where runaway slaves were hanged and was even called Largo da Forca, or Gallows’ Square. Today’s name for the neighborhood, Liberdade, literally means freedom in Portuguese. Its new moniker reflects the positive atmosphere the Japanese immigrants have built there, as well as turning it into the best place in the city to experience Japanese culture. The streets are full of Japanese-owned stores, from authentic cuisine to Japanese skincare. You’ll know you’ve arrived as you pass the Japanese-inspired light poles on the streets, and you may recognize the Viaduto Cidade de Osaka, whose image is commonly used on postcards sent home from the city. Be sure to visit the neighborhood during weekends, as the streets fill with handicrafts and artisanal wares for sale.

And check out its iconic museum 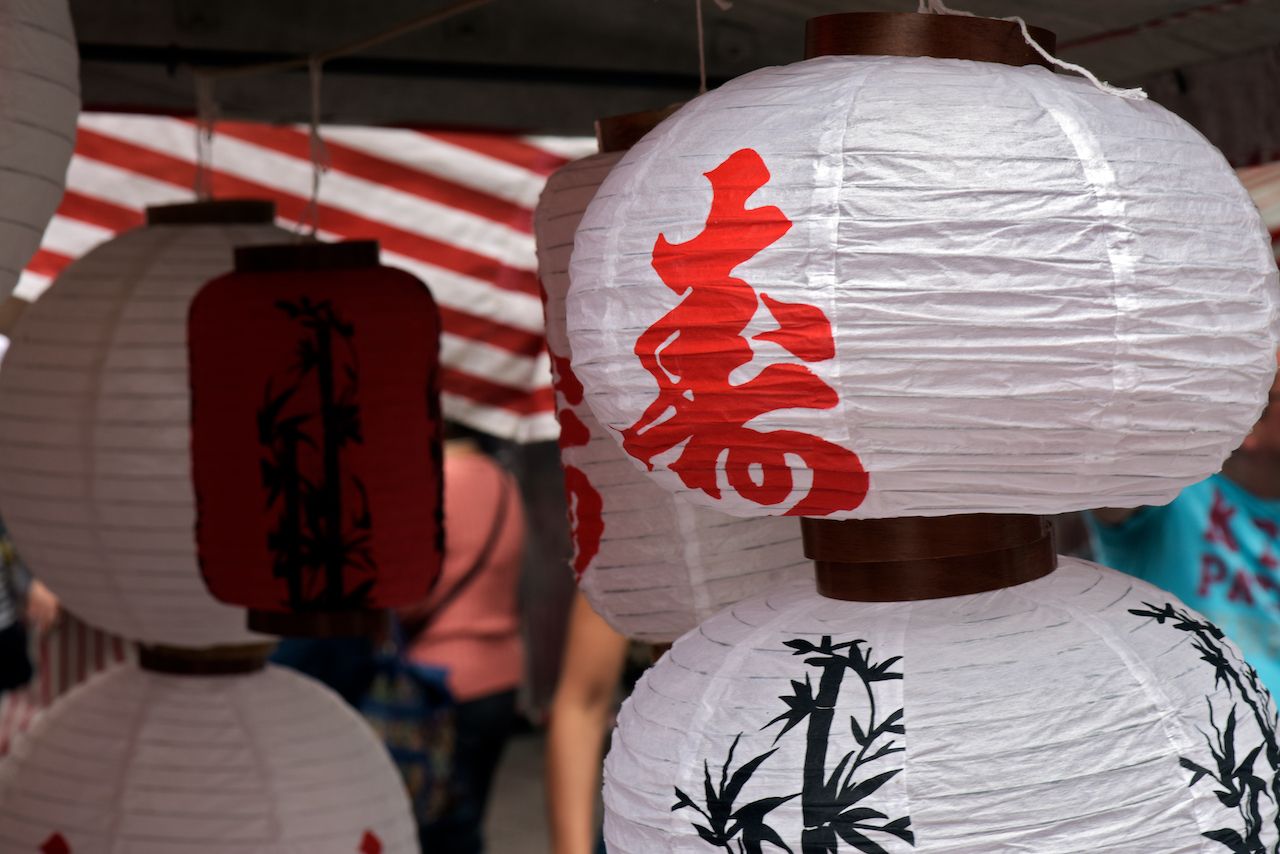 Within the Liberdade neighborhood is the Museu Histórico da Imigração Japonesa no Brasil (Museum of Japanese Immigration in Brazil), the largest historical immigration museum in the world. The museum takes up three entire floors inside the Sociedade Brasileira de Cultura Japonesa e de Assistência Social (Brazilian Society of Japanese Culture and Social Assistance) building, and the exhibitions housed within tell the detailed story of the Japanese immigrants to São Paulo through nearly 100,000 items that belonged to them. On display, you’ll see kimonos, pictures, videos, books, and more. The museum also hosts book launches and educational lectures. 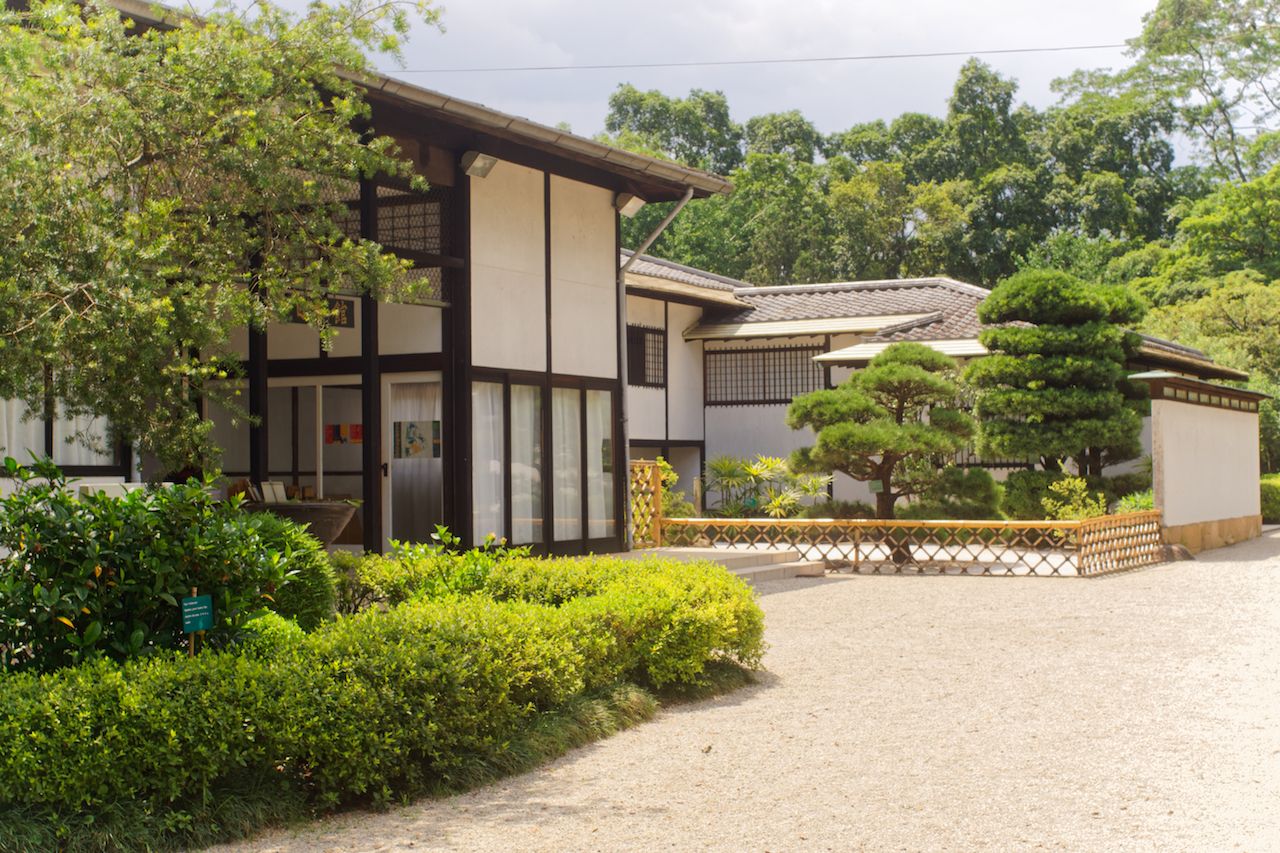 Inspired by Kyoto’s Katsura Palace, the Pavilhão Japonês (Japanese Pavilion) in the expansive Ibirapuera Park contains a garden with ornamental trees and plants, along with a tea room, a carp pond, and a small exhibition of Japanese history. Parque Ibirapuera is in the heart of the city. As you make your way through, you’ll see warrior vests, pottery, and many other traditional items telling the story of Japan through the ages.

Dessert9 Japanese Sweet Treats the World Needs To Know About and Try
Tagged
Culture Insider Guides São Paulo, Brazil
What did you think of this story?
Meh
Good
Awesome

5 Delicious Ways To Use Cassava, Brazil’s Most Versatile Food

The Best Cities in South America To Travel by Bike

14+ Free Things To Do on Your Next Trip To Brazil

14 Signs You Were Born and Raised in São Paulo