After years of dominating the twentysomething hipster scene, and turning previously unknown cities into havens for beer connoisseurs, the craft beer movement has finally gone too far. Yuu Japanese Tapas, a restaurant in Richmond, a suburb of Vancouver, recently unveiled the newest addition to its menu — a beer mug filled with ramen noodles. Julia Kubotani, the restaurant’s owner, came up with the idea when she found herself craving some ramen and a cold beer. Naturally, she thought, “Why not combine the two?” 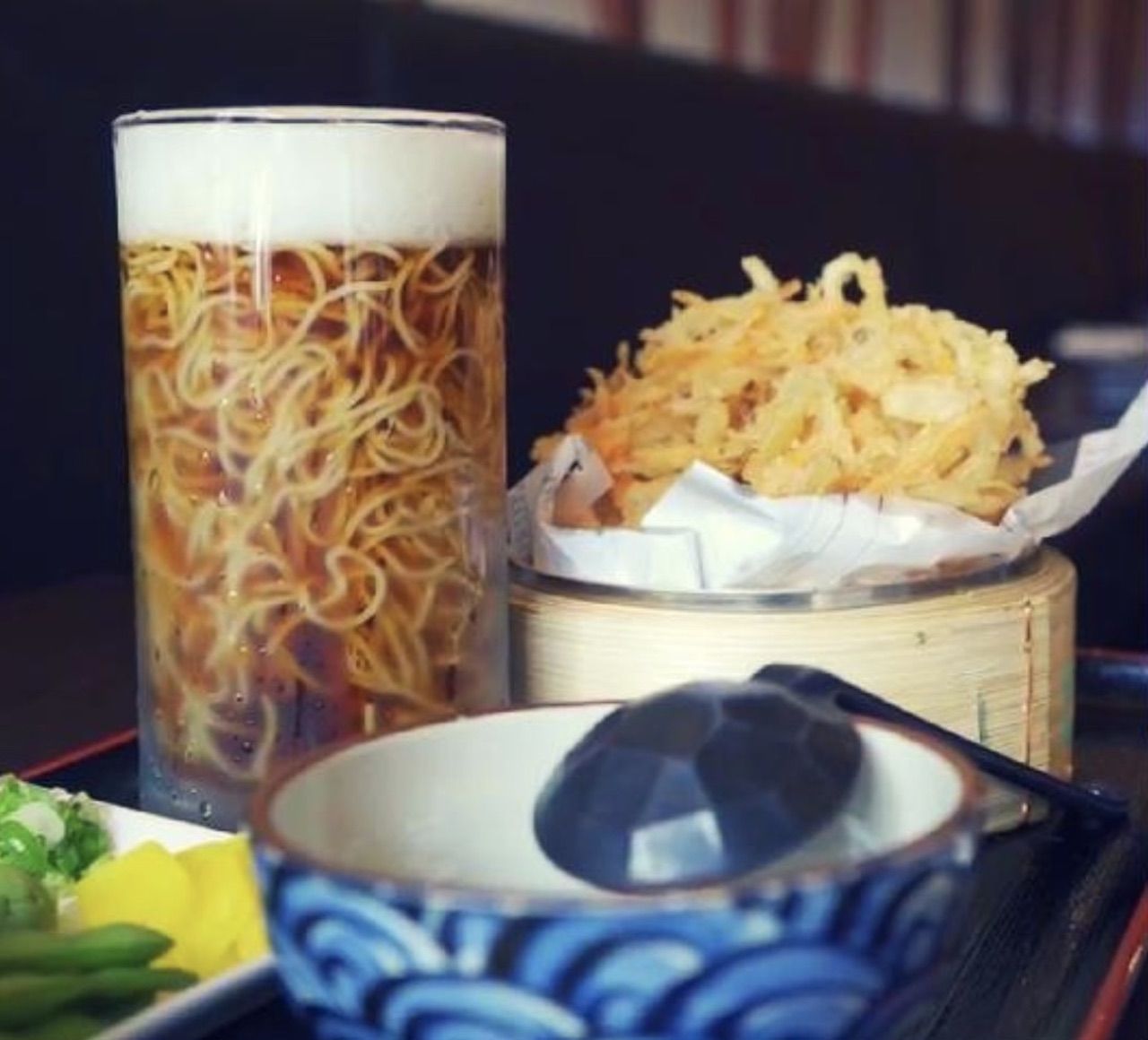 It’s not actually a bunch of noodles drowning in a pint of beer. It’s a bowl of ramen in a cold fish broth, served in a large beer mug. Customers are invited to add condiments like green onion, wasabi, nori, and pickles, and dive in with chopsticks. The mug simply acts as an innovative vessel for the ramen. The meal also comes with mixed vegetable tempura or deep-fried chicken.

Food + DrinkYou Can Soak in Ramen Broth at This Japanese Spa
Tagged
Food + Drink Restaurants + Bars
What did you think of this story?
Meh
Good
Awesome