José Ralat loves tacos. This is not a casual, it’s a Friday night, I’m craving Mexican food, kind of love. This obsession with the taco goes all the way down to his bones. It’s a love that begins with both his grandfathers — one a large animal veterinarian and the other a farmer — who he tells me, his voice with tinged reverence, “worked until they dropped.” But it also begins with his wife, Jessica, a Texas native of Mexican descent who introduced him to flour tortillas sold out of a Tex-Mex bodega in Brooklyn.

From Ralat’s love of tacos was born the now-famous Taco Trail blog, which led to his position as the first-ever taco editor for Texas Monthly magazine. He’s also the author of a new book, American Tacos, which explores the history and evolution of the titular dish, from breakfast taco to el taco moderno.

An essential part of Ralat’s job is to eat, but he plays many roles in his pursuit of the American taco (which, he makes clear during a recent conversation, has branched off from its Mexican progenitor and become its “own category”). He is also a historian, tour guide, social justice advocate, and chef. When he talks about tacos, this dish undergoes a transformation. It’s not just a filling-stuffed tortilla. It’s a cultural beacon that tells the story of the United States from San Antonio to Memphis to Los Angeles. He’s interested in interrogating every single way the taco manifests in this country, from the San Antonio-style puffy taco, to the K-Mex tacos of Los Angeles, pan-Asian and Indian tacos, and the Texas barbacoa taco. Here’s what he’s not interested in: authenticity.

“I think it’s a terrible word,” he tells me. “I think it’s a non-starter. Everyone’s recipe is different. From that most basic starting point you see that [authentic] doesn’t exist, it’s a myth.”

Ralat offers the example of the midwestern taco as one iteration of the American taco, the base of which is a freshly fried crispy shell and which sometimes has a Kraft single melted on top. Or the Kansas City taco, in which a fried corn tortilla is filled with beef and sprinkled with Parmesan cheese.

“All those are legit tacos as anything else,” Ralat says. “And they are delicious. And even if they weren’t delicious it would not discount them as being legit tacos.” 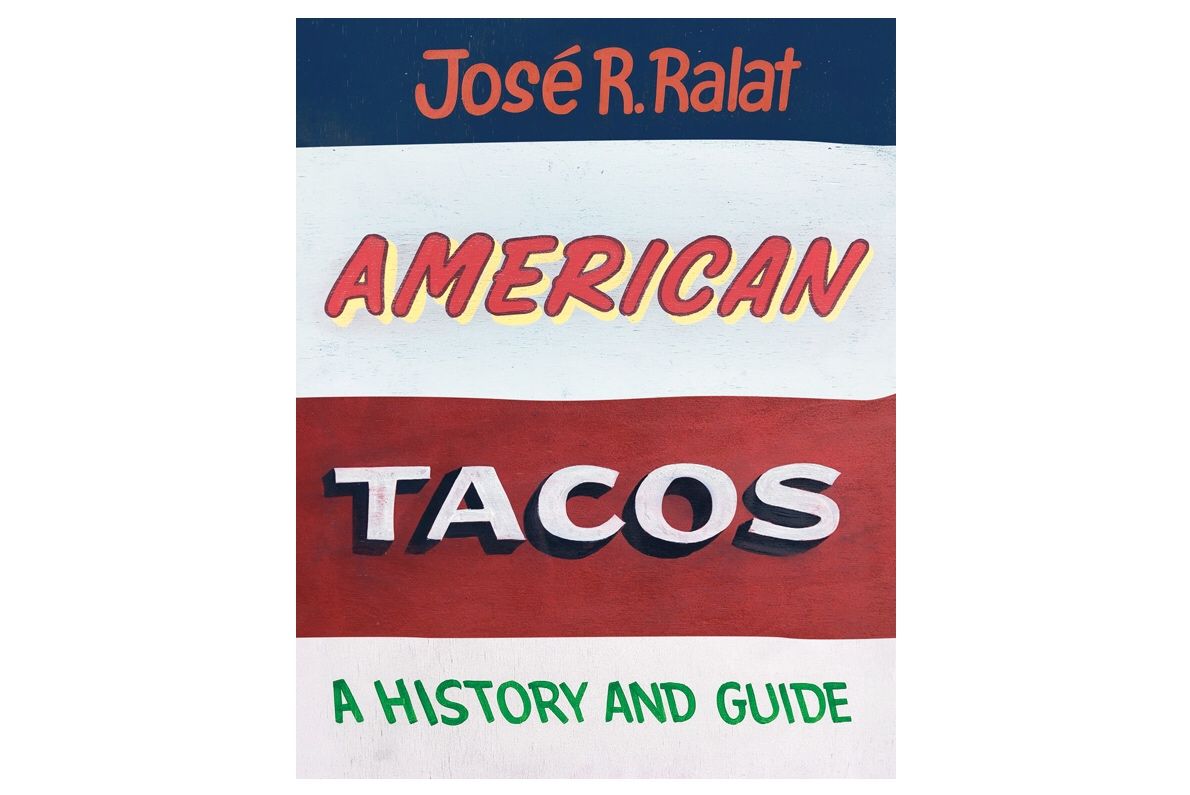 The true American taco, according to Ralat, is rooted not in trends but in an intimate understanding of a certain regional cuisine. Roy Choi’s K-Mex tacos are a prime example. After his family left Korea, Choi immigrated to Los Angeles where he became immersed in Mexican culture. All the best tacos have that one element in common: the person preparing them has a hard earned, expert-level proficiency in ingredients they are working with.

“I want a good taco that shows knowledge and that shows humility,” Ralat says. “Does this particular preparation have a history, is it tied to a certain place, are there certain spices or chilies that are used to make this dish, is there a tortilla that must go with this filling, what about the salsa? Some tacos get very specific in their historical construction. They tell a tale about a place and its people.”

What is the true American taco? 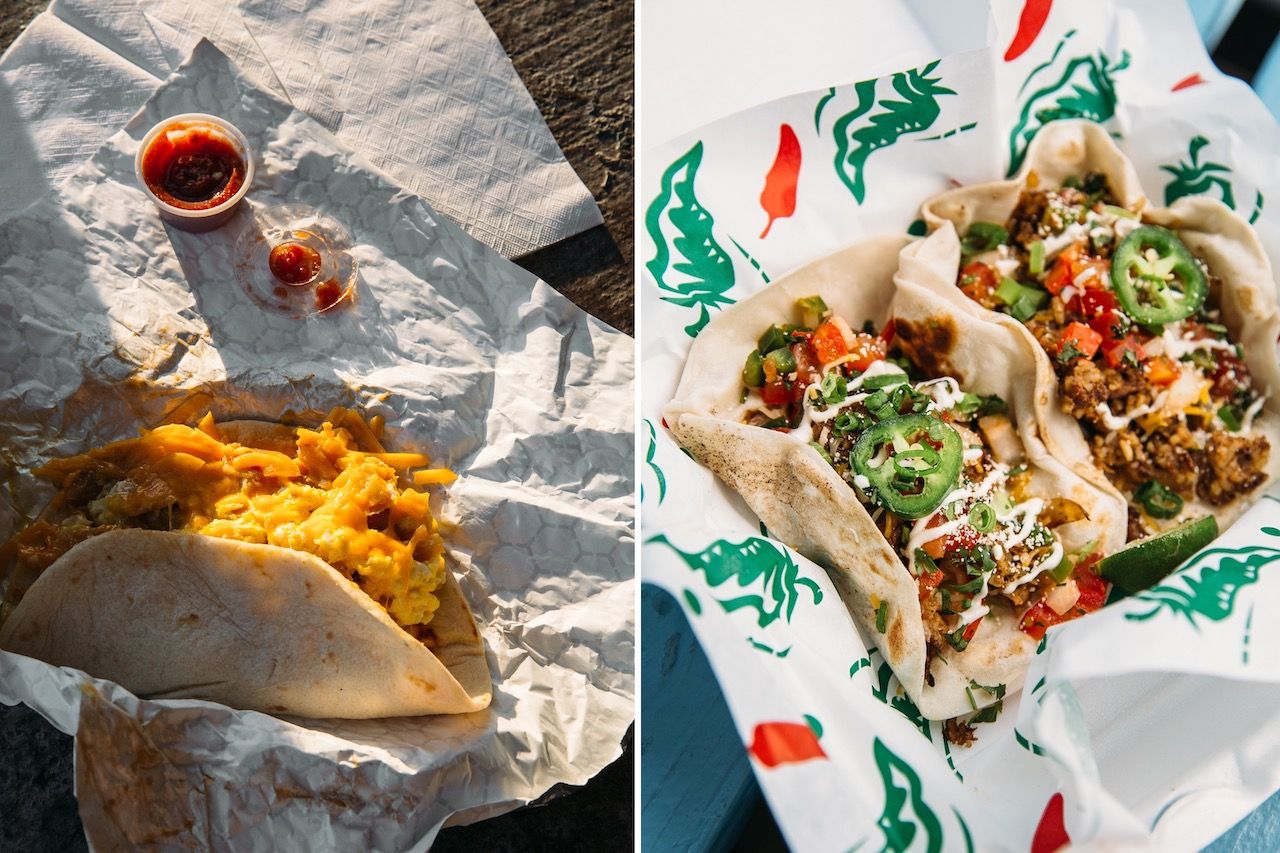 In Ralat’s opinion, the epitome of the “true American taco” emerged from the convergence of the “two great corn cultures of the world”: the Southern United States and Mexico. He’s dubbed this type of cuisine Sur-Mex. It’s masa-battered catfish tacos topped with cabbage and red onions at Minero in Charleston, which, as he writes in the book, creates a “racially and culturally complex culinary link that includes…the African foundations of Southern food.” It’s also the gumbo taco at EaDeaux’s Cajun Cocina, which is a Louisiana riff on stew-based tacos called tacos de guisados.

These tacos aren’t imitating traditional Mexican cooking styles. Instead, the creators of these tacos manipulate their own regional cuisine to evolve and transform the taco into a dish that honors the original while staying true to their Southern roots.

“Don’t try to make carnitas,” Ralat says. “Put some grits in there, or shrimp and grits and okra. That would be so fascinating. That would be so true to what the taco is. In Raleigh and Durham, [taquerias] might use local farmers market ingredients in Mexican ways. Whereas another restaurant might do something that is obviously Southern and another restaurant might just synthesize [ingredients], like at El Mero in Memphis with its albondigas and collard greens taco.” 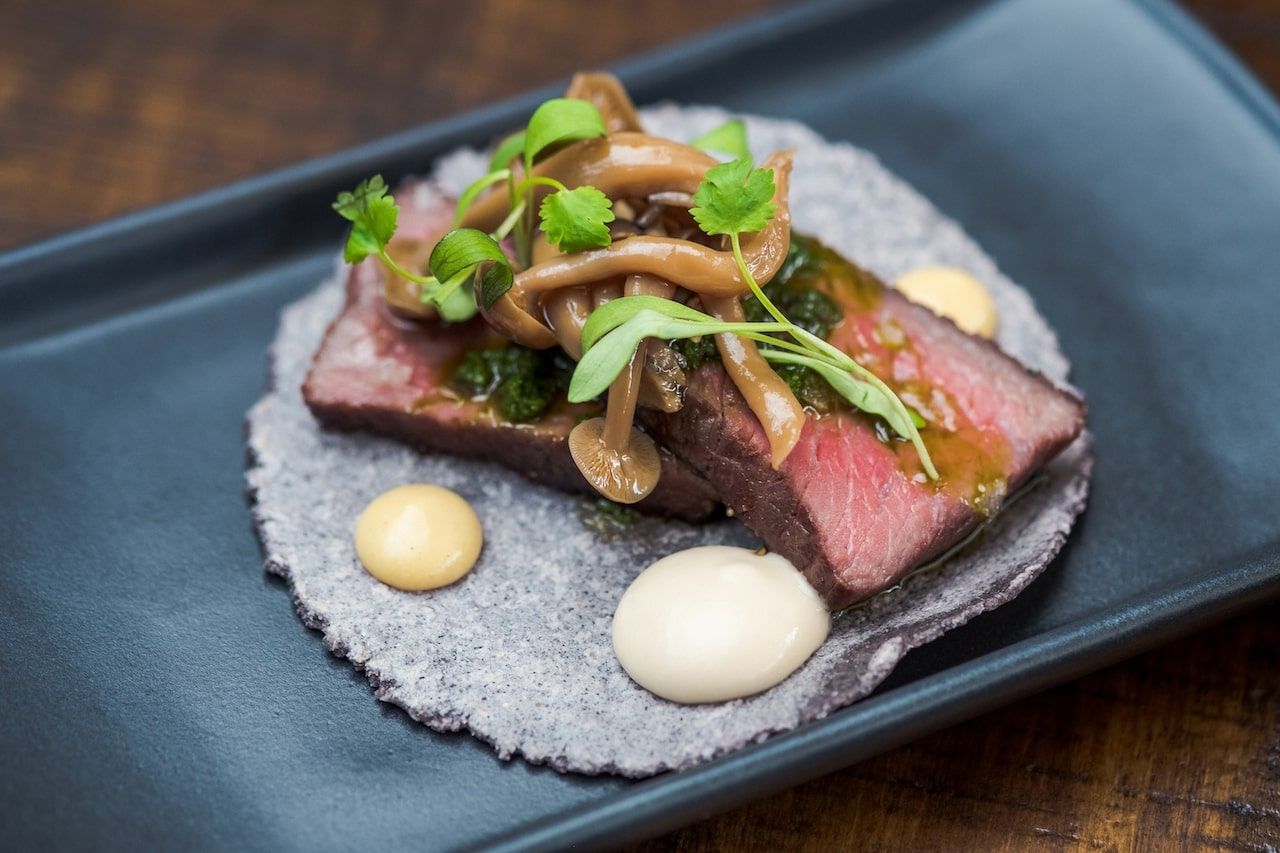 There’s a fine line between an American taco and what Ralat classifies as a “gimmick” — cauliflower and falafel tacos fall into the latter category. That doesn’t necessarily mean the tortilla must be corn (in the book Ralat explains the rich history of the flour tortilla in Mexican cuisine) or that the ingredients must always be prepared with traditional Mexican cooking techniques. But it does require that the chef have some level of personal investment in their ingredients, usually a familial or cultural connection that drives the chef to put thought into each element of the taco. A successful taco isn’t driven by trends, or rushed together with ingredients that approximate Mexican flavors, and it doesn’t try to imitate Mexican food that has no foundation in the history behind it.

“We can’t get carried away with the idea that Americans can dominate whatever they want,” he says. “The tortilla is not a blank canvas, it is not yours to paint whatever brushes you have or whatever colors you want. There’s a tradition there. You should respect that.”

Although flour tortillas have a place in Mexican cuisine, corn is at the heart of the tradition to which Ralat refers. Sin maíz, no hay país. Ralat repeats this mantra throughout the book. In his interpretation, the phrase means “without corn there is no culture.”

“Corn is holy,” Ralat says. “In some Mexican creation tales, it’s what Mexicans are made from. I would argue that Mexican food is more significant and more influential than French or Chinese food because Mexican food gave us corn and corn changed the way the world eats.”

In respecting the corn tradition from which tacos are born, American chefs honor the Mexican people who created tacos in the first place. “Anglos,” as he calls us, can never claim the taco as their own, and shouldn’t try. And shutting Mexican people — people like his wife and his grandparents — out of a culture they had a direct hand in shaping is an even more unforgivable offense.

“With disenfranchisement and detention centers, you’re not just doing people a great disservice, you’re also harming our own way of eating and the richness the immigrants provide to this country,” Ralat says. “There are people behind every taco. And we need to respect those people.” 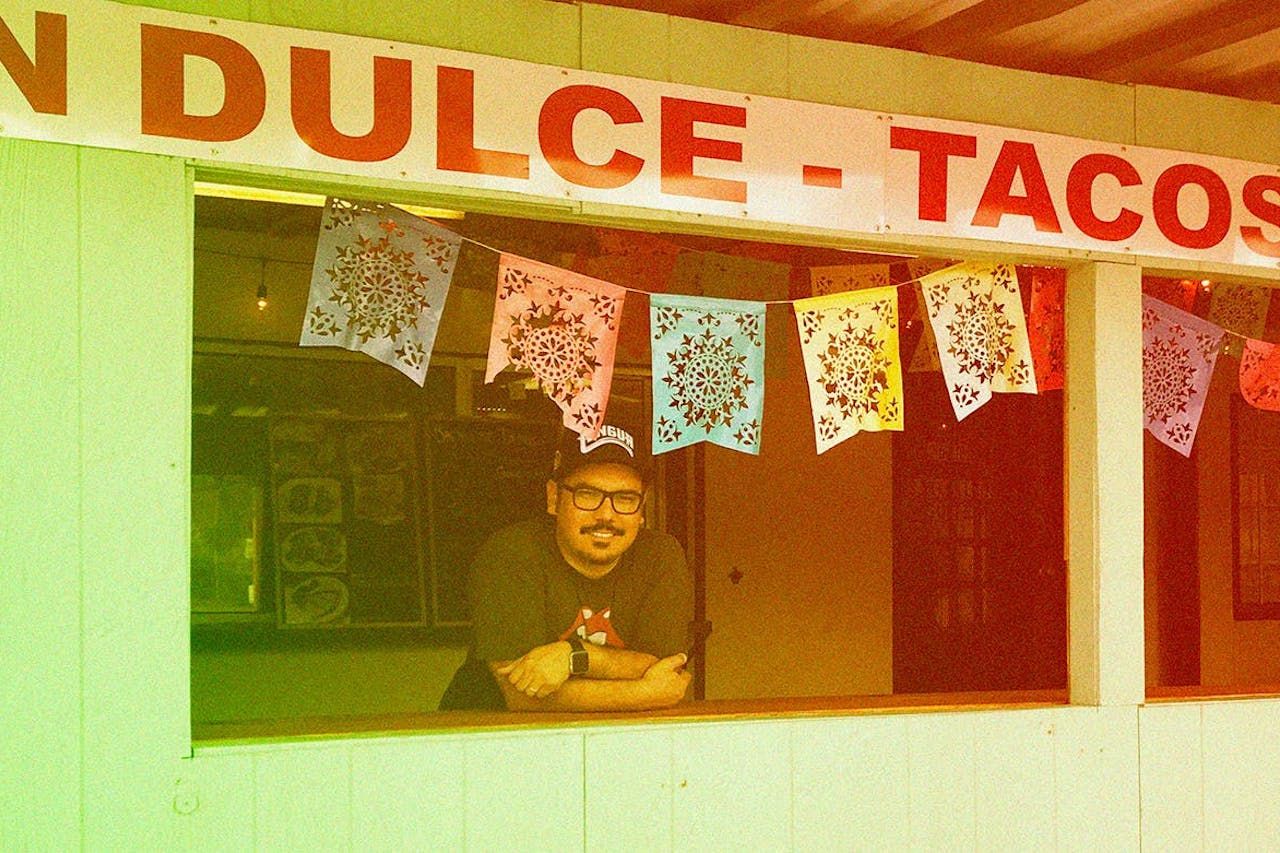 If there’s one cliche about the taco Ralat hopes Americans move past, it’s that Mexican food is “humble,” and should therefore be cheap. In recent years, he says that “people were accepting that just like any other cuisine, Mexican food was worth the money as long as the ingredients required it.”

“The days of the dollar taco are gone for good,” he adds.

Then COVID-19 hit. The country found itself sheltering in place as restaurants closed their doors for the foreseeable future. As salaries were cut and people were laid off or had work hours reduced, eating out became no-go for many people. Sit-down restaurants that switched to delivery only might have also scrapped that creative, and therefore more expensive taco, from the menu in favor of simpler and more familiar fillings like carne asada. The momentum that the taco’s reputation has gained was suddenly on hold. He’s not sure American attitudes will once again regress, casting the taco as fast casual only. But either way, the taco itself isn’t going anywhere anytime soon.

“Taquerias and mom and pop Mexican restaurants, and taco trucks, and pop ups are going to be ones most capable of riding out the crisis because they are adaptable,” Ralat says. “We’ll see if people retain the acceptance that a taco can cost you 5, 10, or 12 bucks if it’s worth it. You should pay for what something is worth. You should pay people what they’re worth.”

VegetarianMexico City’s Most Mouth-Watering Vegan Street Tacos
Tagged
Food + Drink
What did you think of this story?
Meh
Good
Awesome