For thousands of years, salt production has played an integral role in human history. Wars were fought over it, the French taxed shipments of it, even the word salary has etymological roots in salt — salary comes from the Roman word salarium, as a soldier’s monthly compensation was sometimes paid in salt.

That said, it can be easy to take salt for granted today. It’s the ubiquitous mate of pepper and on every diner table in America, after all. But there is a thriving community of artisans in Charleston, West Virginia, who are bringing the beauty and special nature of salt harvesting to life. A first-hand visit may make you reconsider all of the times you didn’t give quality salt enough credit.

J.Q. Dickinson Salt-Works, located just a few miles southeast of West Virginia’s capital city, is a seventh-generation family business that deals in the salt trade. Owners and siblings Nancy Bruns and Lewis Payne have created a business that’s one part museum and one part amusement park for the gourmand. 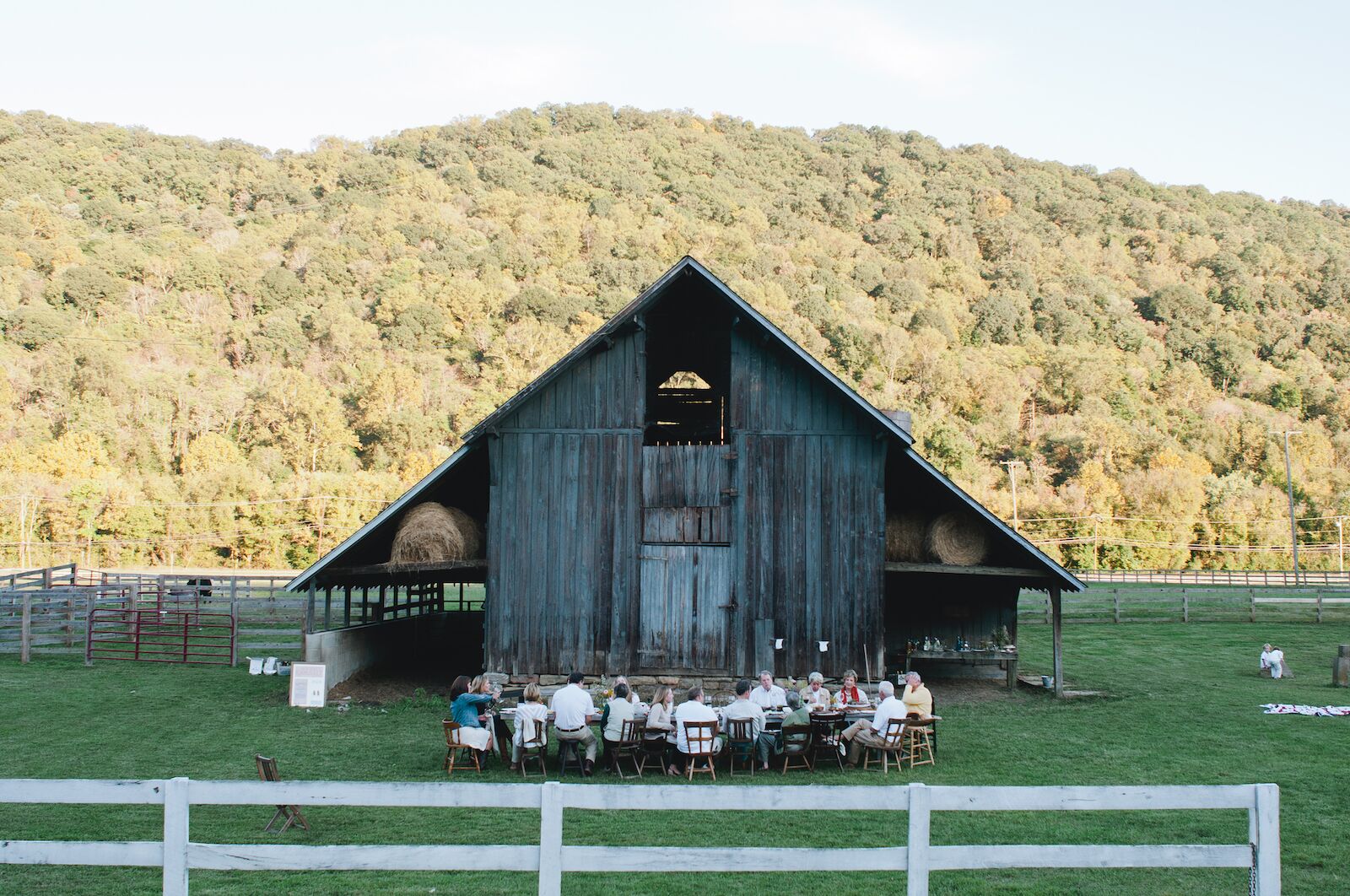 For a landlocked state like West Virginia, it’s hard to believe that there is a seemingly endless reservoir of saltwater just waiting to be pumped up and evaporated, but that’s exactly the case. The Dickinson family has been mining salt, so to speak, from an ancient ocean called Iapetus that existed before Pangaea. Remnants of that body of water now rest under the crust of the Appalachian ridge in the Kanawha Valley. The company uses a brine aquifer to pull water from the ancient sea up to the surface of the earth, and then dries it in the open air to isolate the salt.

The region was a center for salt prior to the Civil War. In the 1850s, the Kanawha Valley was the largest salt-producing region in the United States. The number of producers dropped in the 1860s until John Q. Dickinson Salt Company was the only one left in the late 1800s. After a brief pause in the 1900s, J.Q. Dickinson is again the only saltmaker using the Iapetus brine for their production.

Like wine, salt has a certain terroir to it, too. WIth J.Q. Dickinson, you’ll find that the salt has a natural brightness to it that’s not bogged down with additional metals, due in part to the isolation of the brine’s source. Because of the solar drying production, the crystals are quite large and make for a great finishing salt and crunch to it.

The tour of the salt facility is simple. Running every day from 10 AM to 4 PM on the hour and half-hour, parties walk around the salt-works site while learning about the industrial history of Charleston, the Dickinson family (part of the tour includes seeing the office of the original family members on the property), and what makes the salt so unique to this region. For $15 (the standard tour is free), you can be put to work to help harvest salt yourself by swishing and raking the salt deposits on the tarps to break down and aerate the minerals. Some of that bounty can go home with you if you decide to take a little goodie back for your hard work.

Visually speaking, the tour’s climax is found in entering the large, greenhouse-like buildings, which have sheets of salt drying on tarps.

As with any free tour, one will find a gift shop available at the end. With the company’s commitment to sustainable practices and my personal love of old-style branding, it’s easy to spend some money here. Anything from fruit preserves to baking mixes and candles to baseball caps can all be found in the rickety, charming store. It’s like Cracker Barrel without tchotchkes, and is a delightful look at the turn-of-the-century industrialism of one American family’s perseverance through salt.

It’s my recommendation to stock up, if not for presents then for your own use. Being able to take home a jar (or two) or salts to sprinkle over your meals after the tour is long over is the perfect bookend to an interesting and unusual tour in the heart of West Virginia.

National Parks7 Hypnotic Waterfalls You Need To Check Out in West Virginia
Tagged
Food + Drink Insider Guides
What did you think of this story?
Meh
Good
Awesome