If you’re not from there, you likely don’t associate Kansas City, Kansas, with tacos in the way that you might think of Texas and breakfast tacos. The reality is that this city is home to a multitude of legendary taco vendors, many of which are family-owned businesses located in market and restaurant settings that represent many different regions of Mexico.

There are so many taco shops that the Kansas City Kansas Convention and Visitors Bureau launched an official KCK Taco Trail website in October 2020 to celebrate this diverse city’s status as a taco destination. The website offers details, including mapped locations, of more than 50 must-try taco shops, from traditional taquerias inside Mexican supermarkets to Tex-Mex style restaurants and street taco vendors.

Kansas City became a taco hub thanks to two periods of immigration from Mexico in the 20th-century. During the first in the early 1900s, many Mexican immigrants came to Kansas City to work on the Santa Fe Railway expansion. The second started in the 1970s and 1980s. With direct highway access to Mexico via I-35 and a rail connection, immigrants from nearly all parts of Mexico arrived in Kansas City. This generation established a range of businesses from supermarkets to taquerias that represent a variety of regions.

“The new first-generation Mexican community started opening businesses within their community,” said Edgar Galicia of the Central Avenue Betterment Association — the area where many of the city’s Latino businesses are located. “I-35 was paramount to the direct availability of products and produce from all over Mexico. Soon there were plenty of Mexican restaurants with more faithful flavors from back home (as opposed to having to rely on American ingredient substitutions). Today, the appreciation of the Mexican food in Kansas City, Kansas, has evolved so much that restaurants are now specializing into specific dishes or styles.”

Today, visitors to Kansas City might be distracted by barbecue (especially on the Missouri side of Kansas City). Still, you’d be missing out if you didn’t also explore the culinary gem that is Kansas City’s many taquerias. These are five must-try stops on the KCK Taco Trail to get you started. 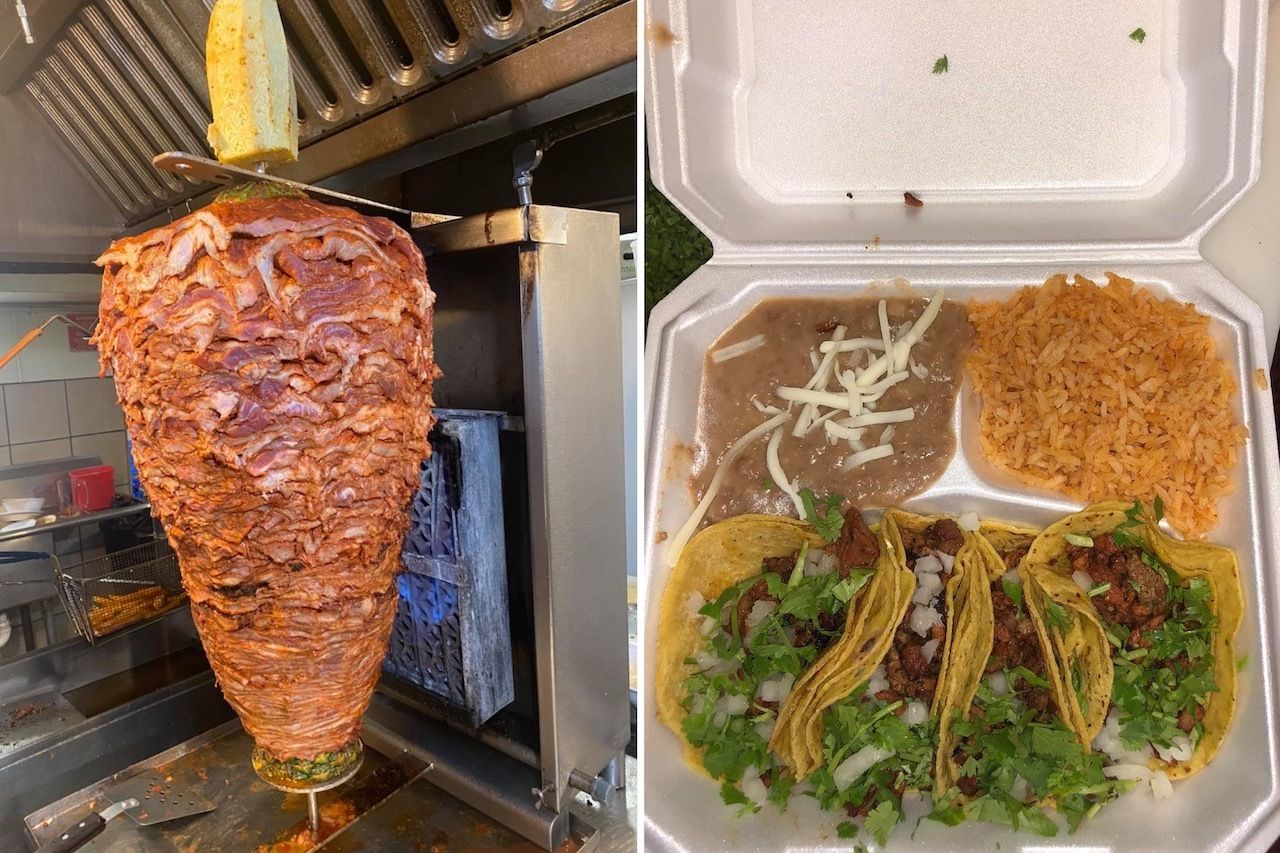 Located in an intimate space with an open kitchen in the front, El Camino Real is a sit-down restaurant with craveable tacos. Try the tacos al pastor here. The popular style is a Lebanese-fusion style of cooking pork on a spit like shawarma that became popular in Mexico in the 1930s. The flame-charred al pastor tacos at El Camino Real are the real deal and are served in handmade corn and flour tortillas that create the perfect texture combo. If you want to expand your options, the menu also features beef, chicken, sausage, and fish tacos. For vegetarians, there’s the rajas taco with roasted poblano peppers, cheese, and onions.

For such a small restaurant, El Camino Real offers a pretty substantial menu. Beyond tacos, there are traditional Mexican sandwiches with your choice of meat, beans, mayo, peppers, cheese, onions, avocado, and lettuce. You’ll also find a range of other staples, including fajitas and burritos.

Carnicería y Tortilleria San Antonio is set inside a market where you can shop for imported ingredients from Mexico as well as fresh produce, meat, and fish. The location, founded in 1995 by a group of siblings from Chihuahua, also has a bakery selling freshly made tortillas.

When it comes to the tacos, you’ll want to head to a table in the center of the shop. It serves northern Mexican street tacos where the meat is the star attraction, accompanied on the tortilla by fresh onions and cilantro. If you want something other than tacos, there is also a wide variety of tortas (Mexican sandwiches), burritos, and quesadillas. On weekends the chefs also prepare barbacoa, menudo (red chili pepper soup), and tamales. 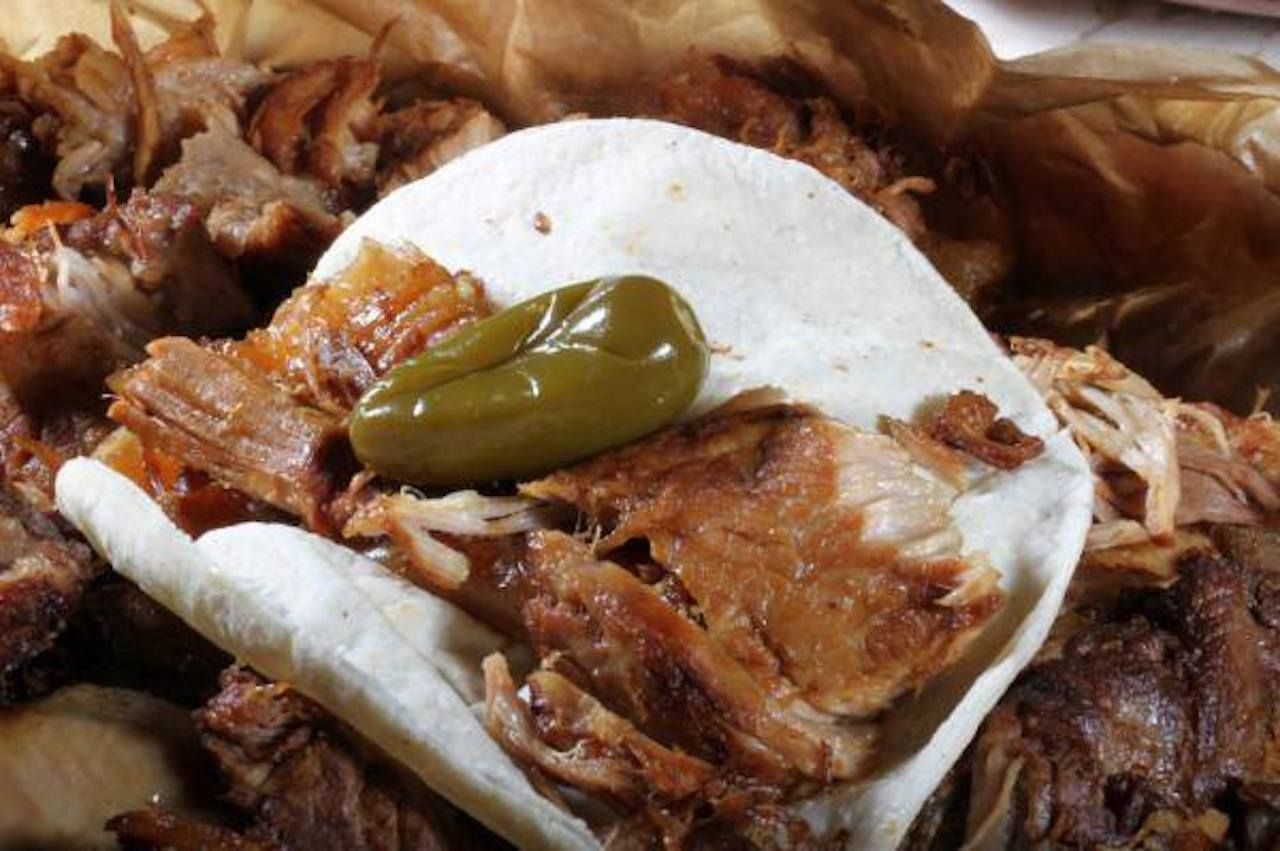 Part restaurant, part grocery store, Supermart El Torito is fun to wander around. In the store portion, brightly hued piñatas hang from the ceiling, and there is a large selection of colorful candy, pottery, and spices along with meat and fish counters and plenty of fresh produce.

The restaurant is in a separate room and offers table service. The menu is entirely in Spanish, so brush up before visiting. Although El Torito has the usual range of meat-based tacos, they also offer vegetarian options, including nopal tacos. Spanish for the Opuntia cacti (often referred to as prickly pear in English), nopal has been a staple of traditional Mexican diets for centuries.

The taqueria will also make dishes to order, including options like a shrimp quesadilla, which is delicious, but you won’t find it on the menu. The fresh guacamole and salsas here are also worth ordering.

This spot on the outskirts of downtown specializes in birria tacos, which originate from the state of Jalisco. Unlike traditional street tacos, birria tacos are served in soft, griddled corn tortillas with a layer of cheese between the tortillas and the meat (though they can also be made without cheese). At El Menudazo, choose the lamb or beef tacos. The tacos are served along with a consume, a broth made from the meat to dip the tacos in.

Besides birria tacos, the family-run El Menudazo has a few other choices on its short but sweet menu, including menudo, quesadillas, and, on Fridays, a ramen soup special with birria meat and broth. 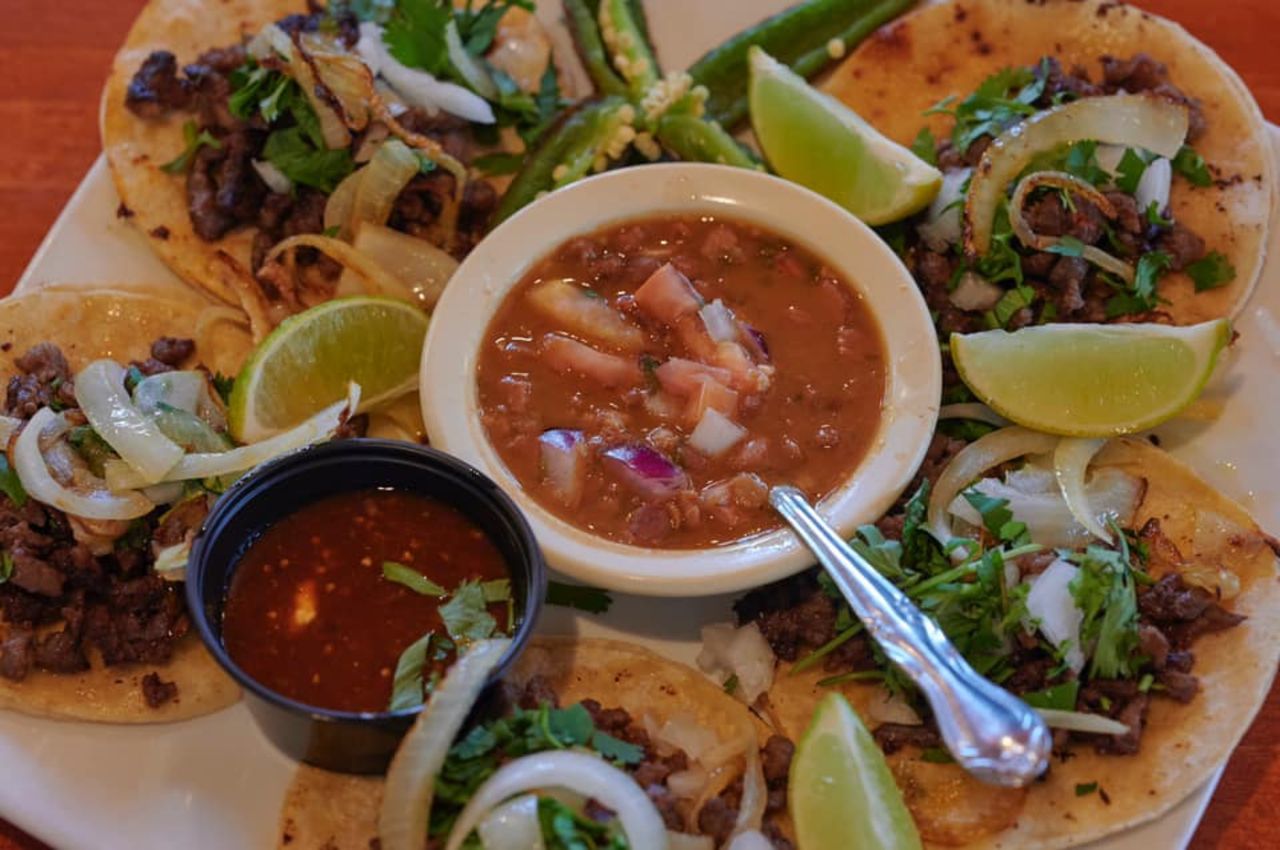 If you’re looking for more than just tacos, pay a visit to El Toro Loco. The full-service traditional Mexican restaurant serves a full range of classic Mexican and Tex-Mex dishes in a spacious, colorful environment. It’s popular with families and larger groups with varied tastes. There are excellent tacos, of course, with carne asada being the meat specialty here. These are made with marinated and seared skirt or flank steak and are known for their charred flavor.

Food + DrinkThe Complete Guide To Kansas City Barbecue, and Where To Try It
Tagged
Food + Drink Restaurants + Bars
What did you think of this story?
Meh
Good
Awesome