We already know that Queens, NY is the language capital of the world, but this map by Jill Hubley, a Brooklyn web developer, shows us just how incredibly multicultural New York City is by using the coolest tool around: a colorful map. 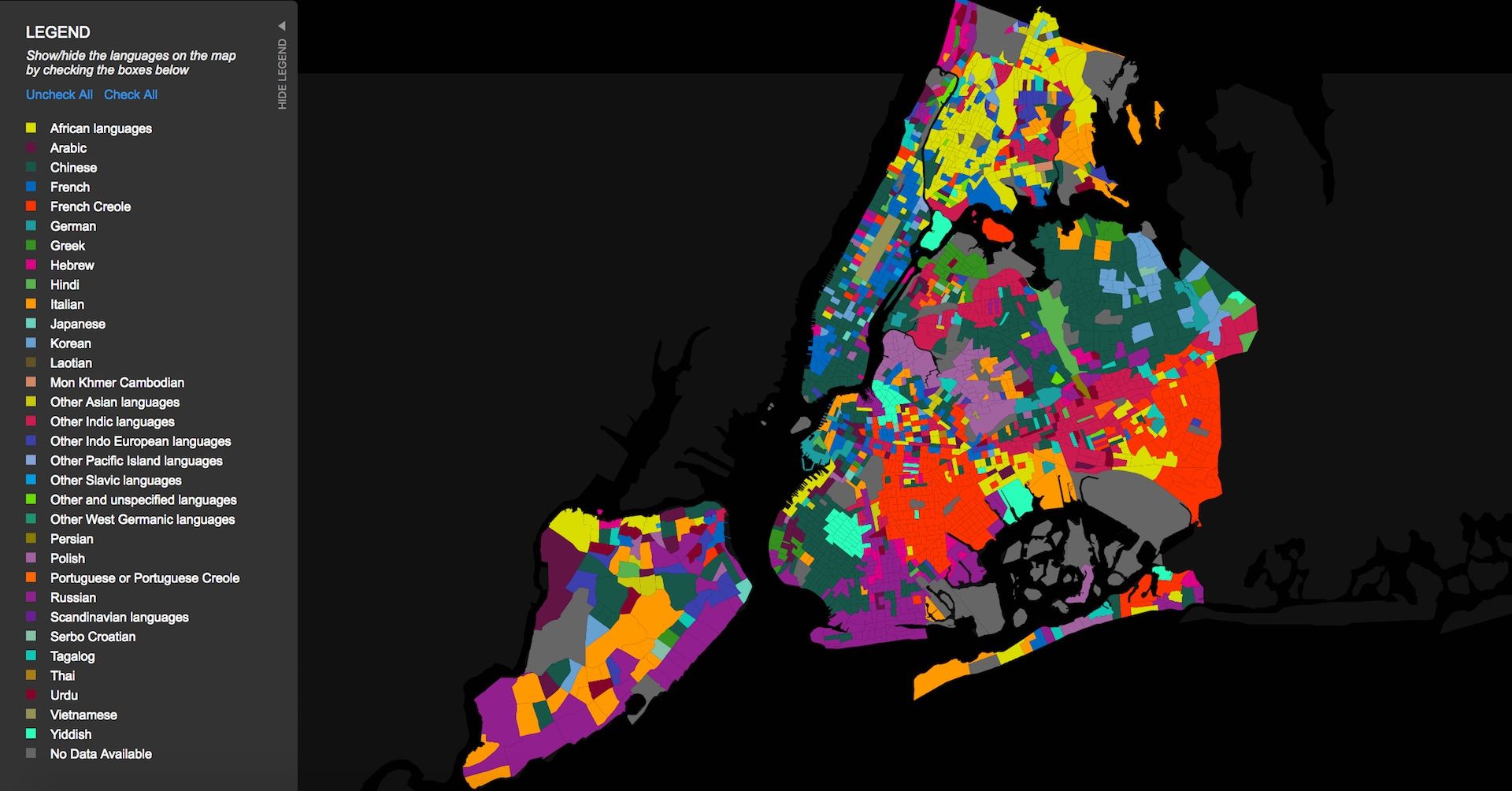 Hubley’s map was created using the 2014 American Community Survey of the U.S. Census, which asks people if they speak languages other than English at home.

The map seen above excludes the most common languages spoken in NYC (English and Spanish) for viewers to see just how linguistically diverse the population of the city really is. If English and Spanish were incorporated in the map, it would look a little more homogenous: 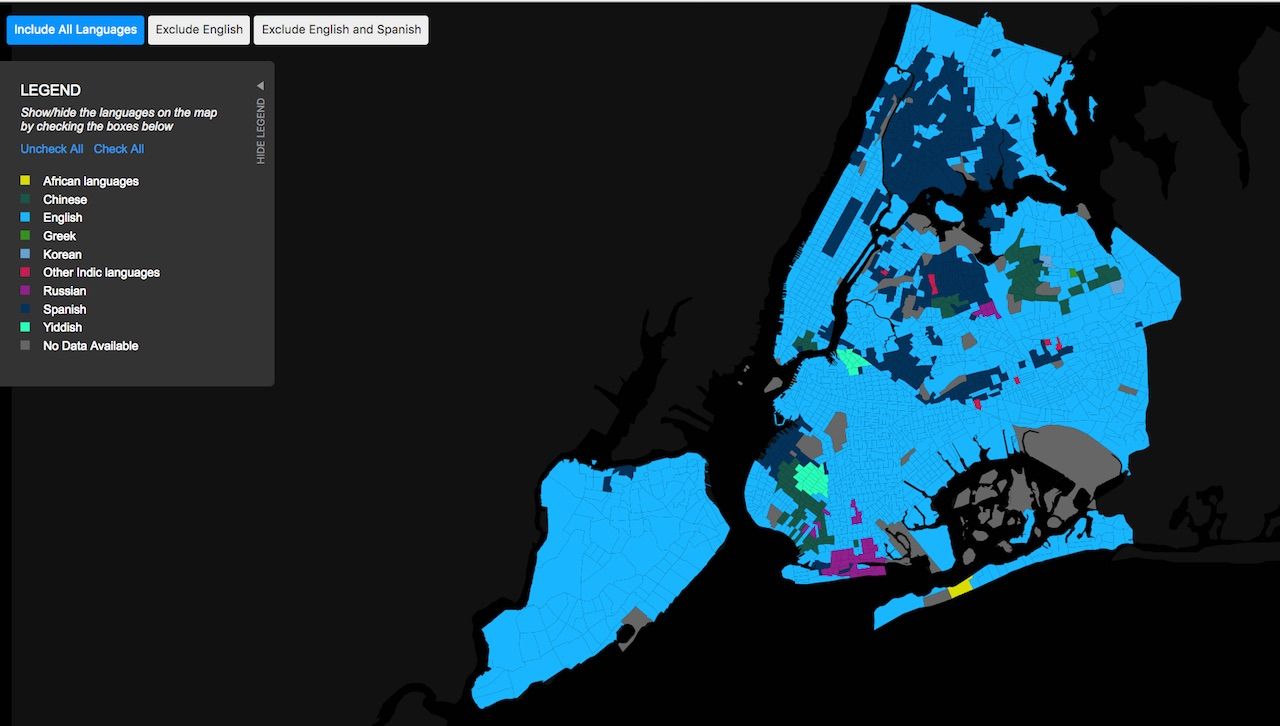 You can play around with Hubley’s map and exclude languages in order to see where certain communities are located in New York City. Below is what the map looks like if you focused on Yiddish: 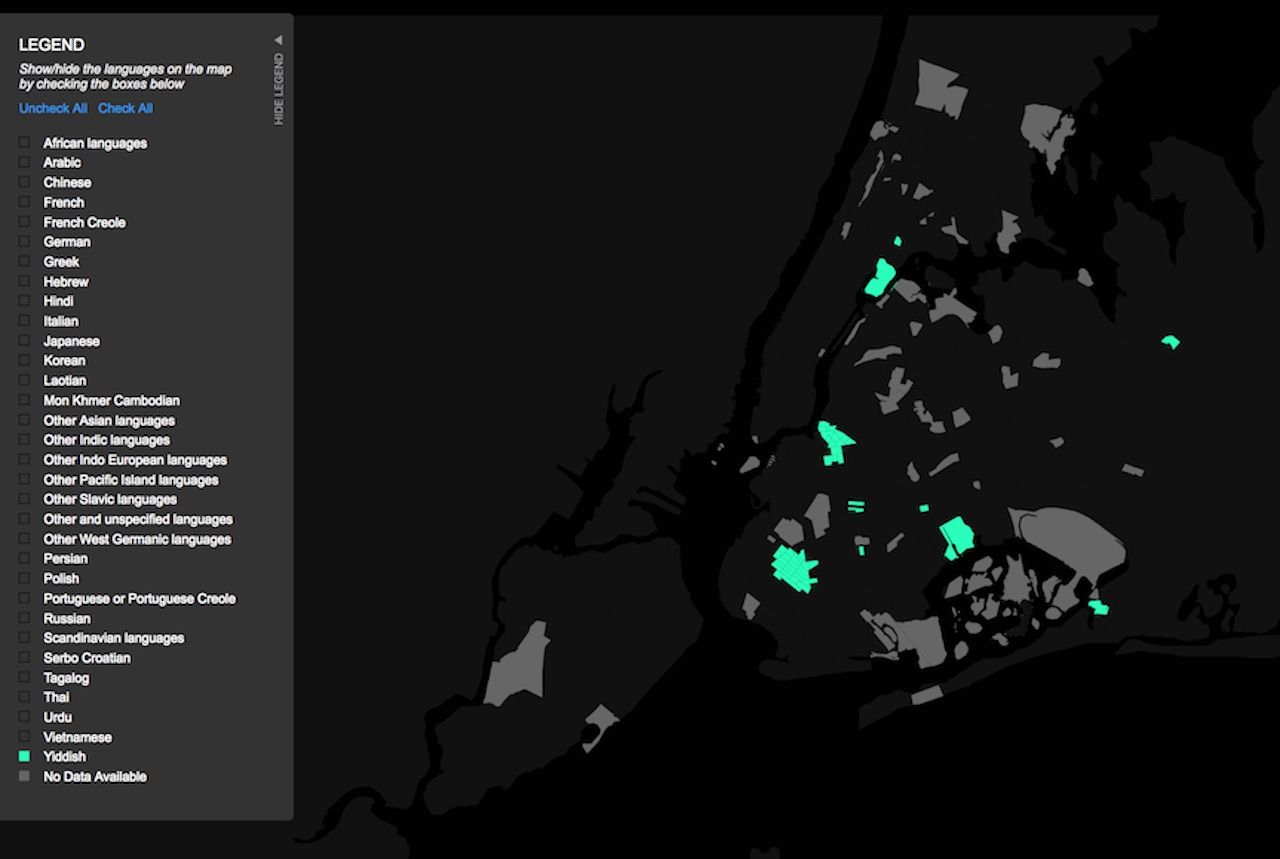 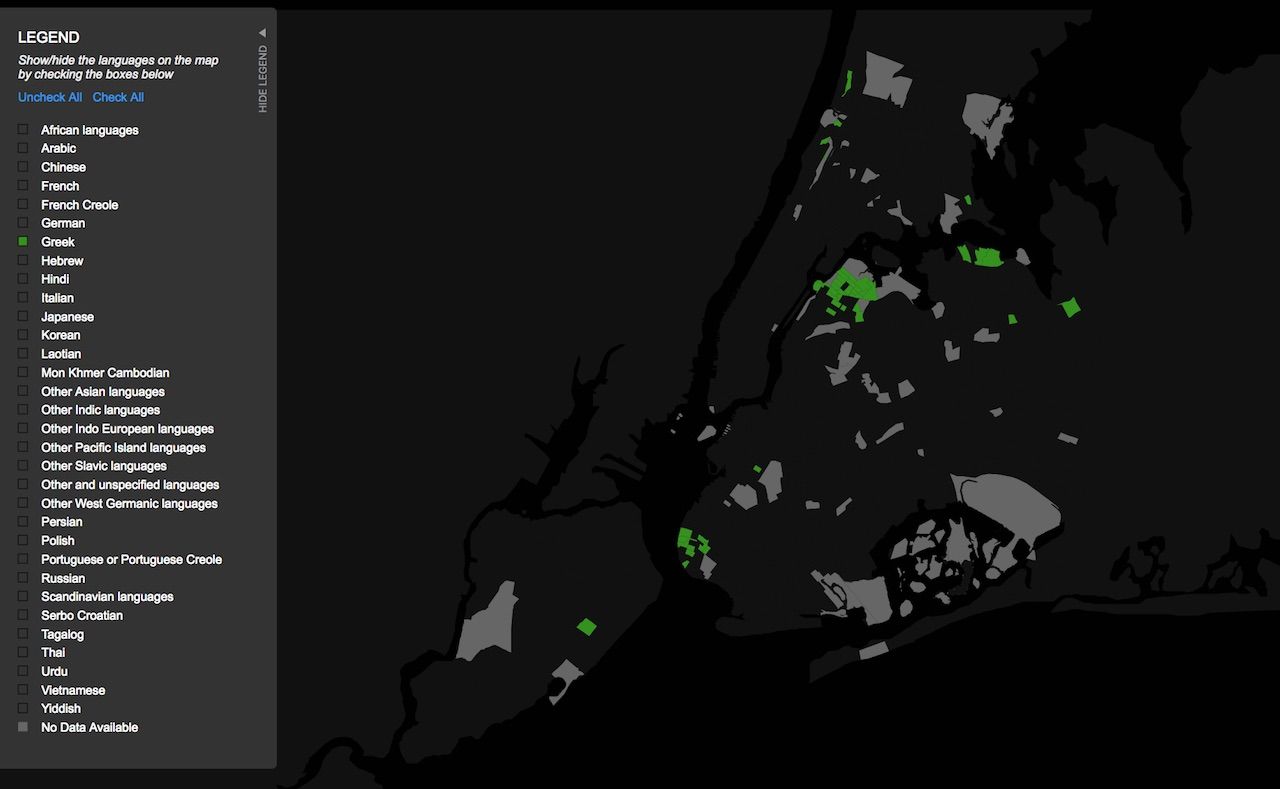 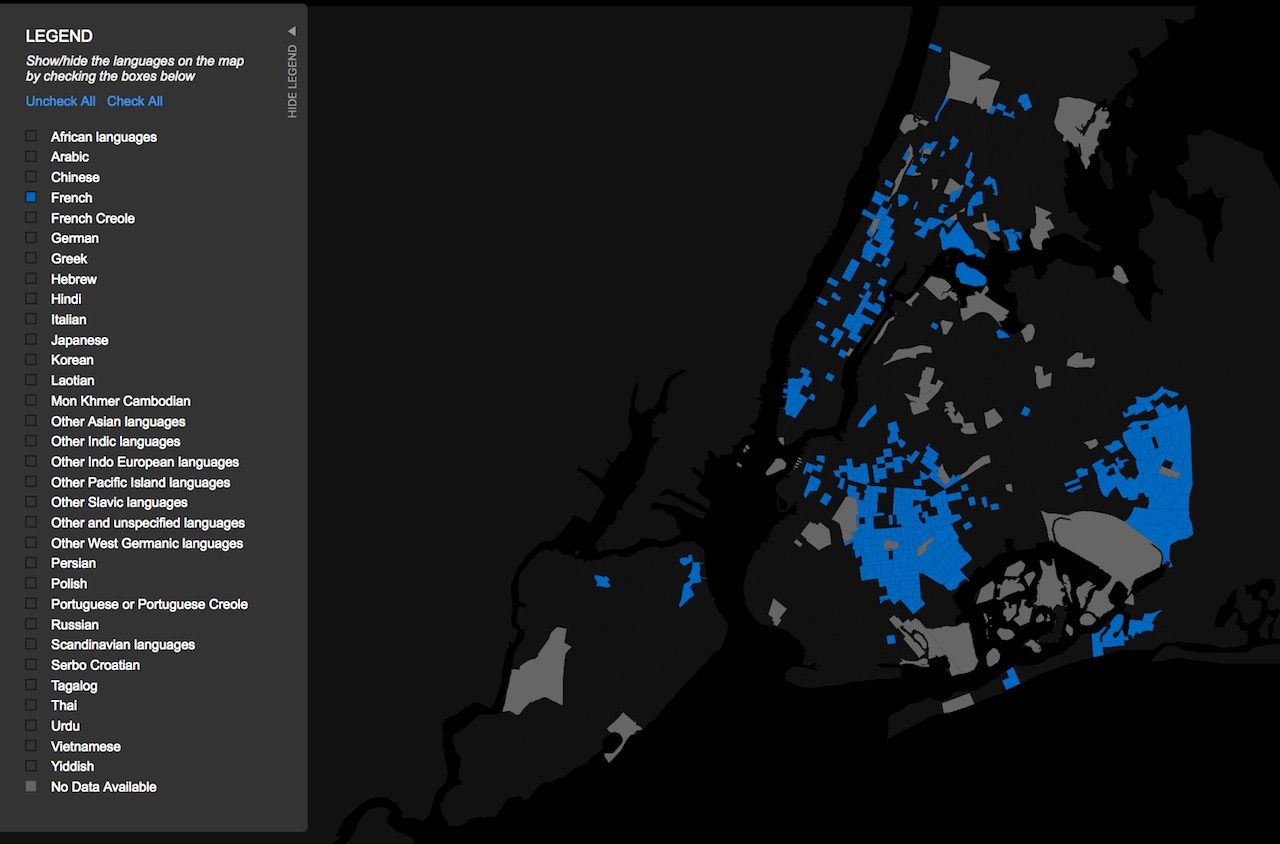 For more, check out Hubley’s map on his website.

LanguagesHere Are the Languages the World Is Trying To Learn
Tagged
Art + Architecture New York, NY, United States
What did you think of this story?
Meh
Good
Awesome