There was a time when a Las Vegas residency meant an end-of-career artist cashing in on the nostalgia of their aging fan base. Then came 2013 and Britney Spears’ Piece of Me residency at Planet Hollywood. Spears not only catapulted her career to a new level, she simultaneously reshaped the entire residency landscape — by the final performance on December 31, 2017, she’d topped $130 million in ticket sales and inspired modern acts across multiple genres to follow in her footsteps. Even punk band Blink-182 did a Vegas residency in 2018.

A Vegas residency is now the thing for top talent to do, and many venues now feature some of today’s biggest stars and geared at a much younger demographic. Old Vegas stalwarts like Celine Dion and Donny & Marie are ending their longtime runs this year, making way for younger talent, all part of Vegas’s perpetual re-branding. For many of these artists — Lady Gaga and Bruno Mars, for example — seeing a show in this type of setting is a chance to see them in a much smaller venue than you would otherwise. Nostalgia is also a driving factor for a lot of these shows, too (looking at you, Paula Abdul), giving you yet another reason to visit Sin City this year. Here’s the lowdown on who’s playing. 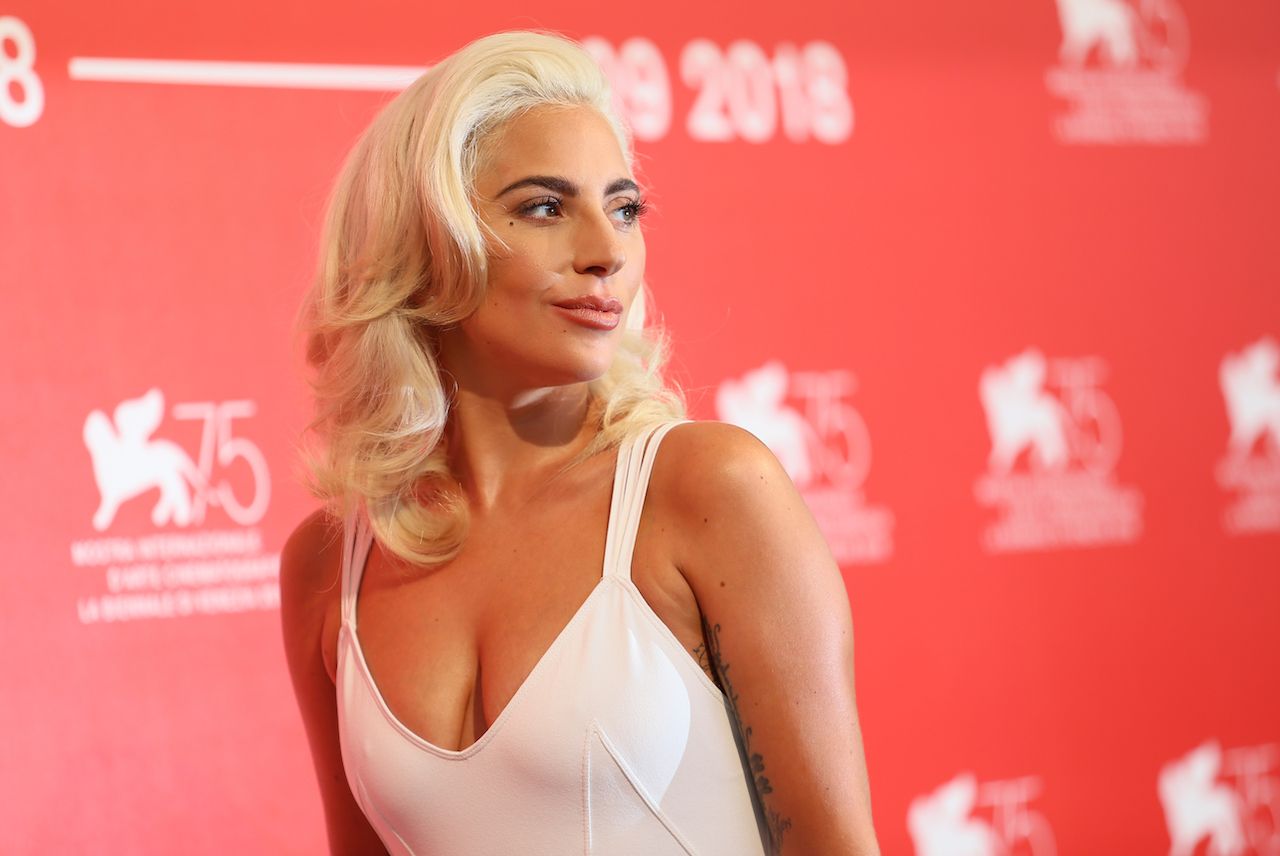 Lady Gaga’s dual residency at the Park MGM is the biggest (read: most expensive) residency in Las Vegas to date, with the Mother Monster taking home a cool mil per show. Enigma brings out the neon-soaked disco queen we all first fell in love with in “Just Dance,” while Jazz & Piano finds an elegant, sophisticated Stefani Germanotta as just a girl with her piano reminding us of just how incredible a singing and songwriting talent she really is. Either way, you’ll see her perform “Shallow.” Dates for both shows run through November. 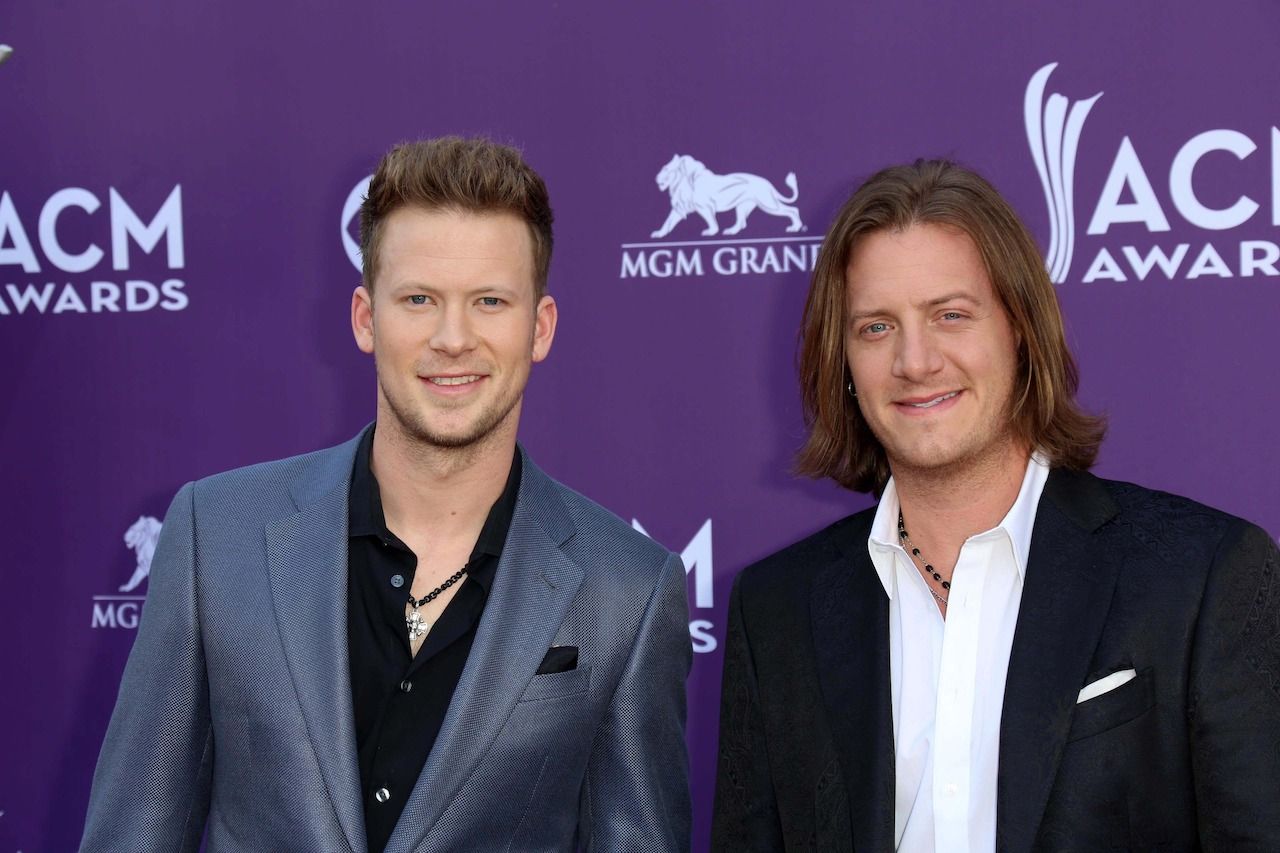 The bad boys of “bro-country,” Florida Georgia Line, are coming back to Vegas this November with a run of four shows at the Zappos Theater at Planet Hollywood Resort & Casino. Fans can expect all their monster number one hits, including their 11-time platinum breakout “Cruise,” as well as newer hits from their most recent album Can’t Say I Ain’t Country. 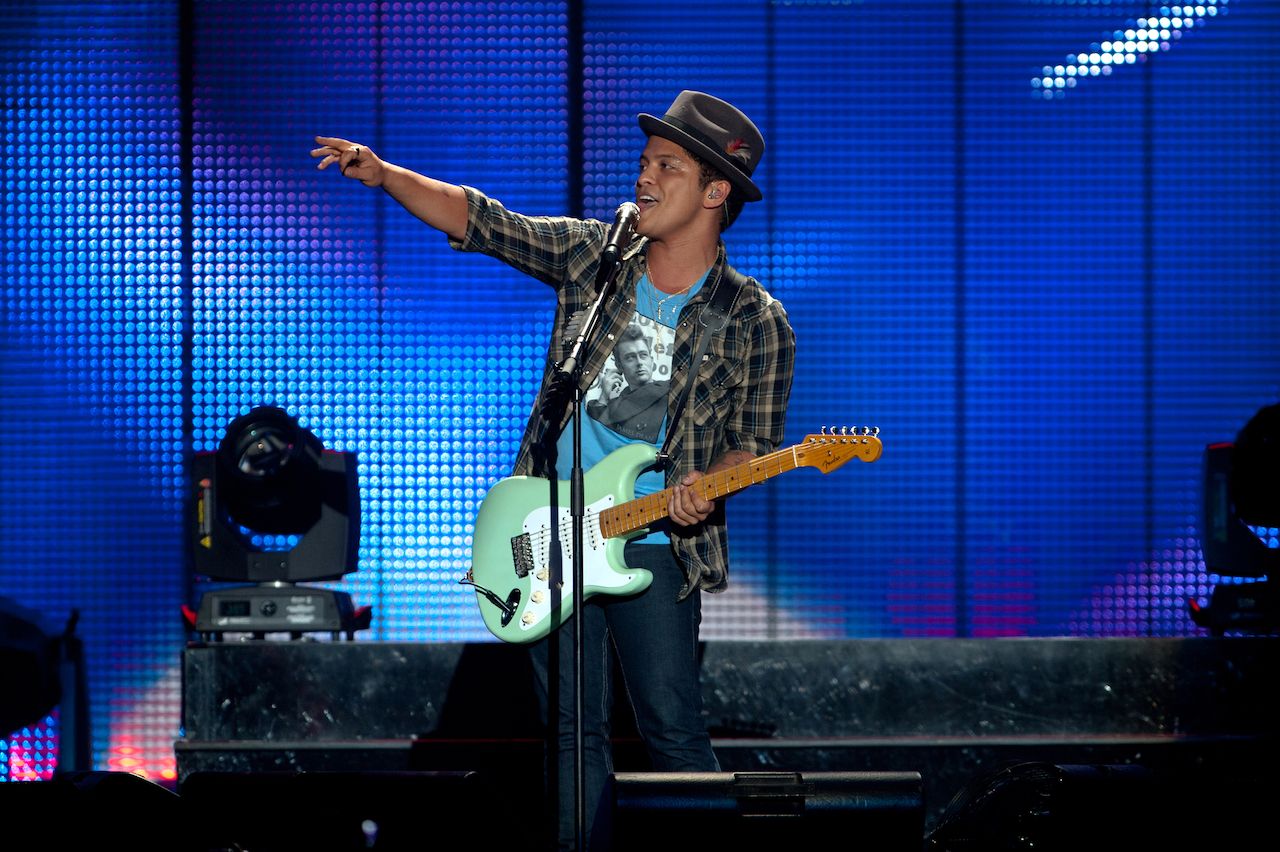 In addition to Britney, Bruno Mars helped make Vegas residencies cool, running frequent extended engagements at The Cosmopolitan starting way back in 2013. He’s one of the best-selling recording artists of all time and cashed out pretty well the first time around, so it seemed only natural that he’d come back for more. He returns to the Park MGM this September for a string of seven gigs featuring his hits. You actually need to be there to catch it in person, because cell phone use during show is prohibited. Don’t expect to catch a wobbly, half-muted version of “Just The Way You Are” on YouTube the next morning. 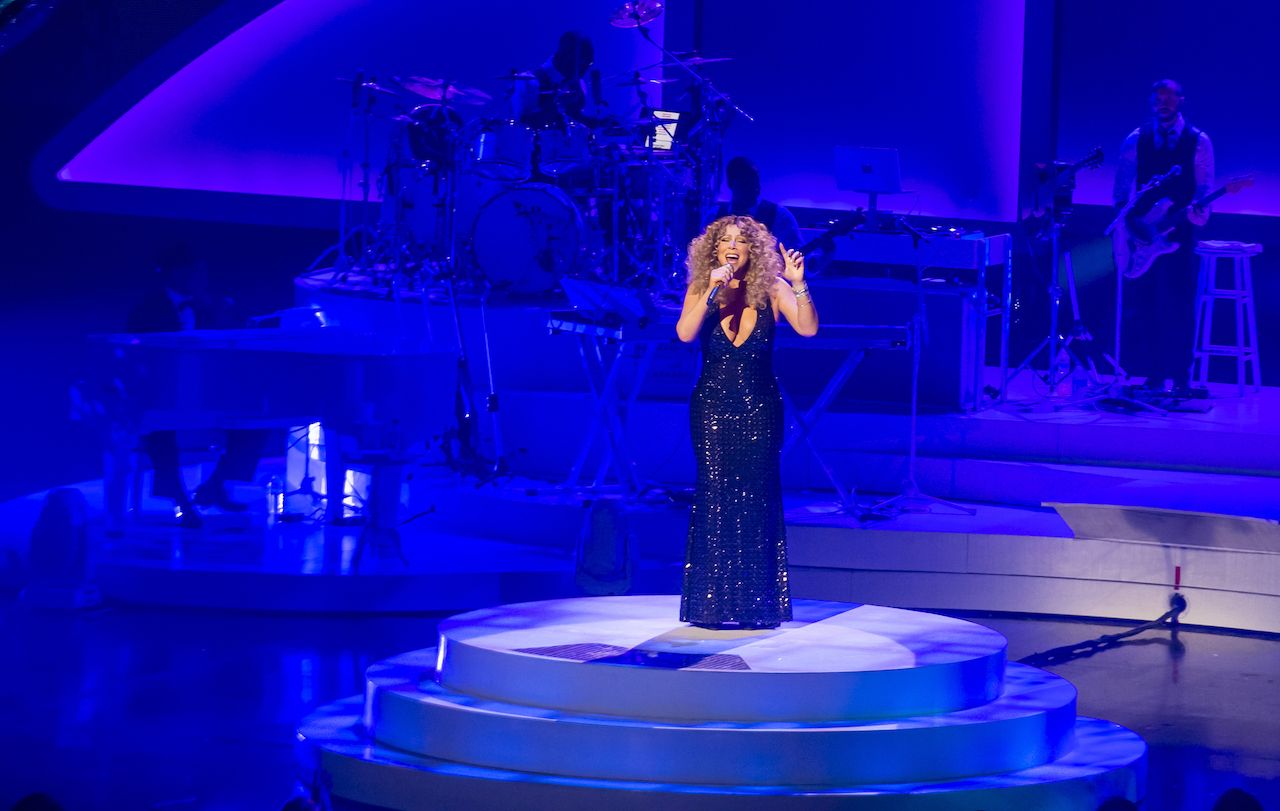 With flaunted grandeur, raw talent, and a career about to enter its fourth decade, Mariah Carey is the most fitting residency star ever for a place like Caesars Palace. This being her second stint at The Colosseum, Carey is spicing it up with a run of Christmas shows titled in late November followed by a more general run called The Butterfly Returns in February of 2020. 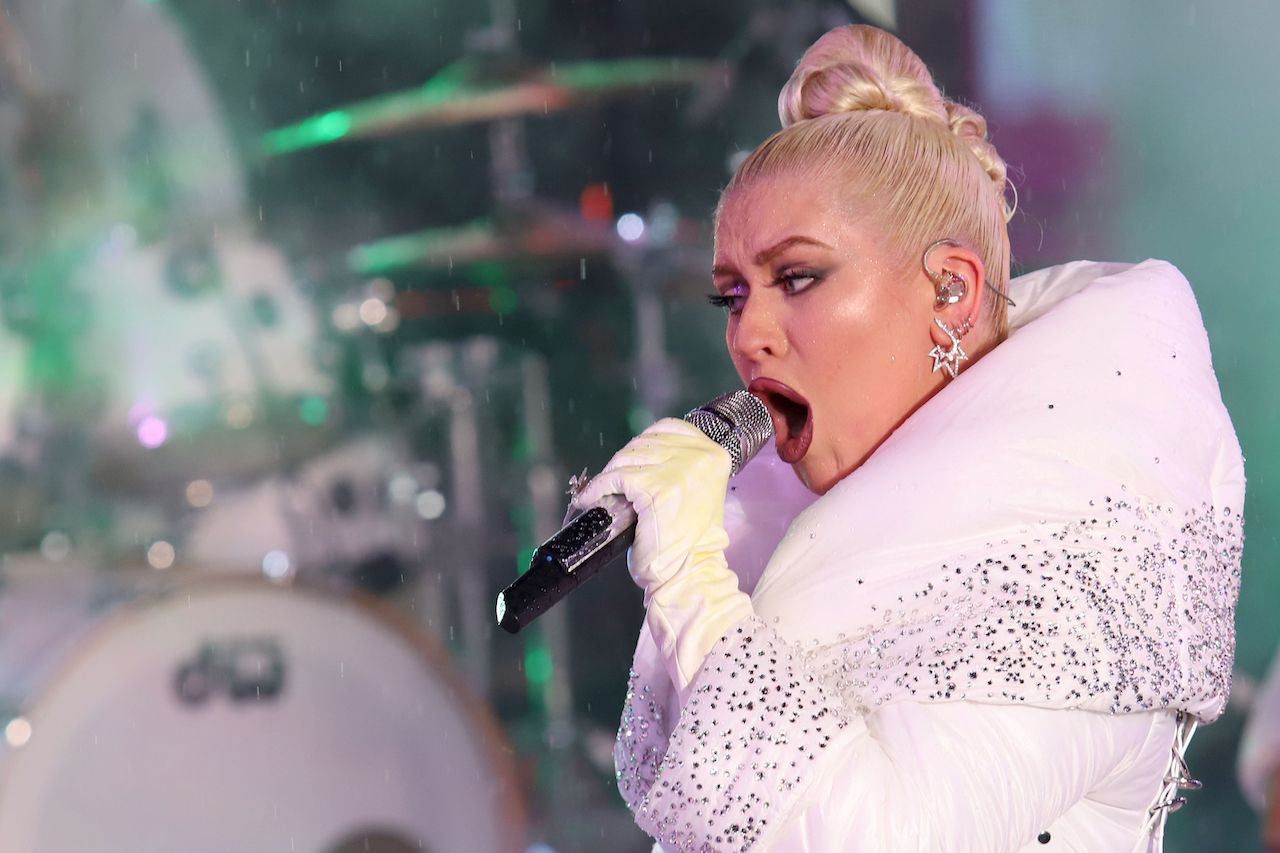 To have Christina Aguilera be a judge on a show called The Voice is almost a joke, because she is THE voice and everyone who heard her powerhouse vocals soar above those of the other pop starlets of her day knows it. Her new residency, Christina Aguilera: The Xperience at the Zappos Theater at Planet Hollywood Resort & Casino runs through September. 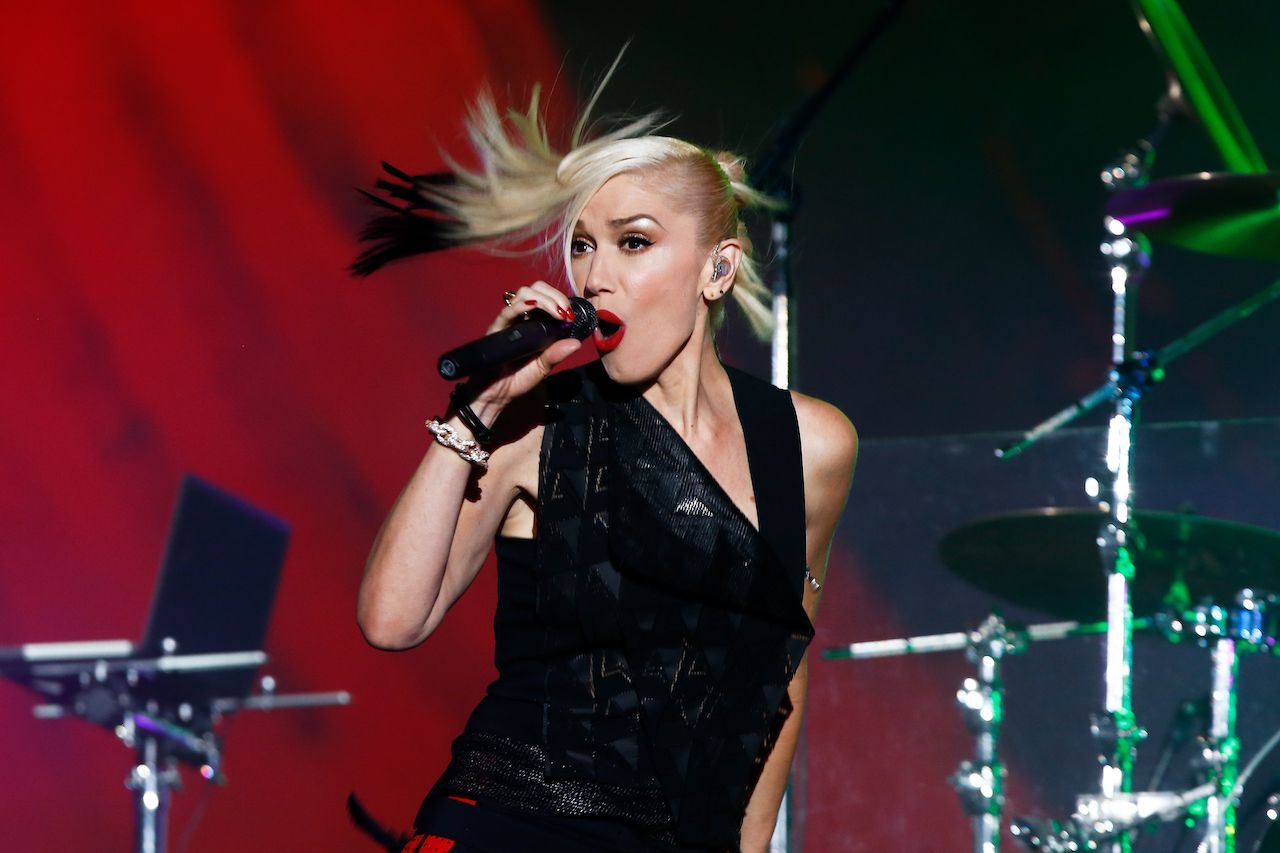 The queen of ‘90s ska/punk has arguably made an equally big name for herself as a solo artist. Haters, ask yourself where the rest of No Doubt is right now, and once you realize you have no idea, grab a ticket for one of the remaining dates of Gwen Stefani’s Just A Girl residency at Planet Hollywood. The show is pretty much an amalgamation of dancehall and Vegas-caliber showbiz, and a portion of ticket sales go to the Vegas-based Cure 4 the Kids Foundation. 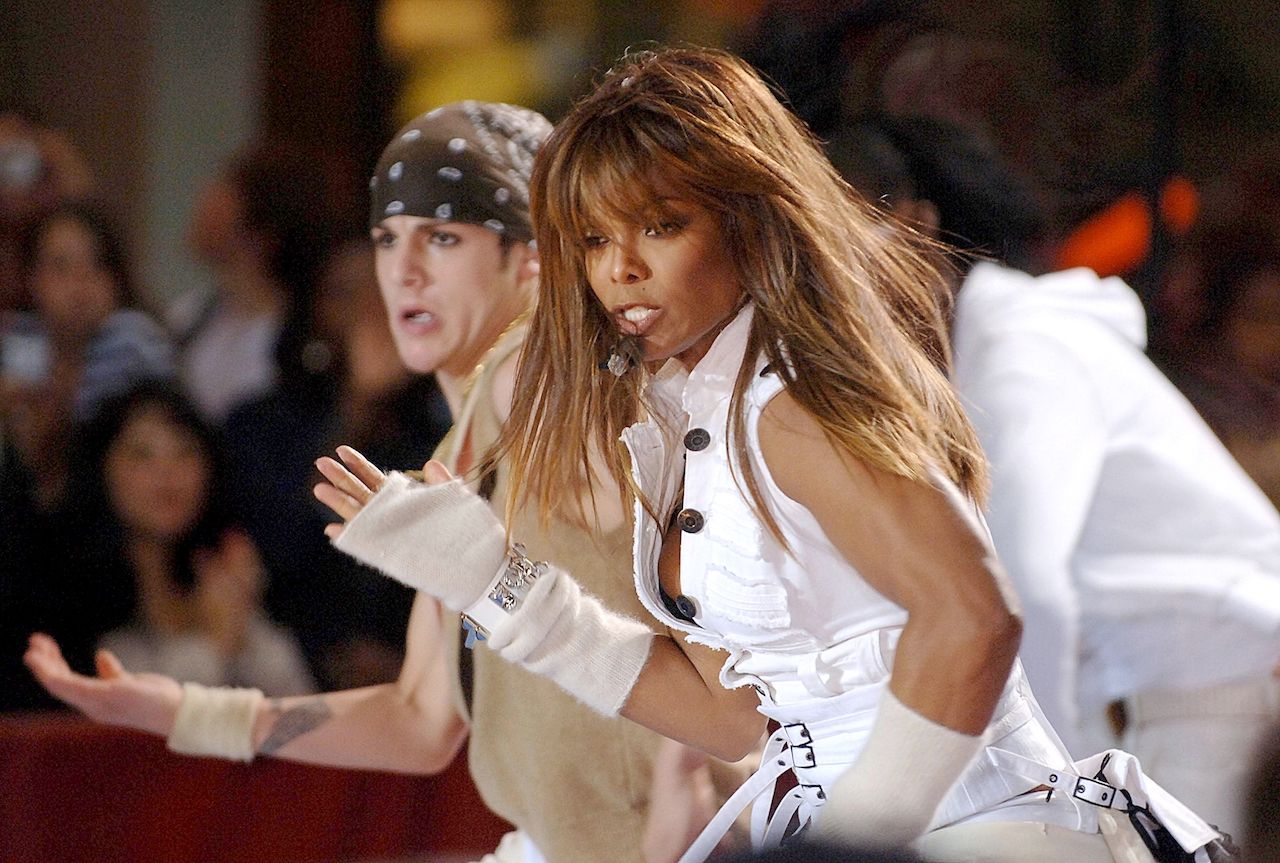 Celebrating the 30-year anniversary of the groundbreaking album Rhythm Nation, Janet Jackson’s brand-new show at the Park MGM, Metamorphosis, is a career retrospective of this living legend and icon. The shows play everything — seriously, everything — from her decades-spanning catalog, often choosing to cut out a verse and chorus or two just so they can squeeze in more. Whether you’re a fan from back in her Control days or you know her better as Damita Jo, you won’t be disappointed. And, of course, Rhythm Nation is the star set piece of this sprawling show. Metamorphosis dates run through August. 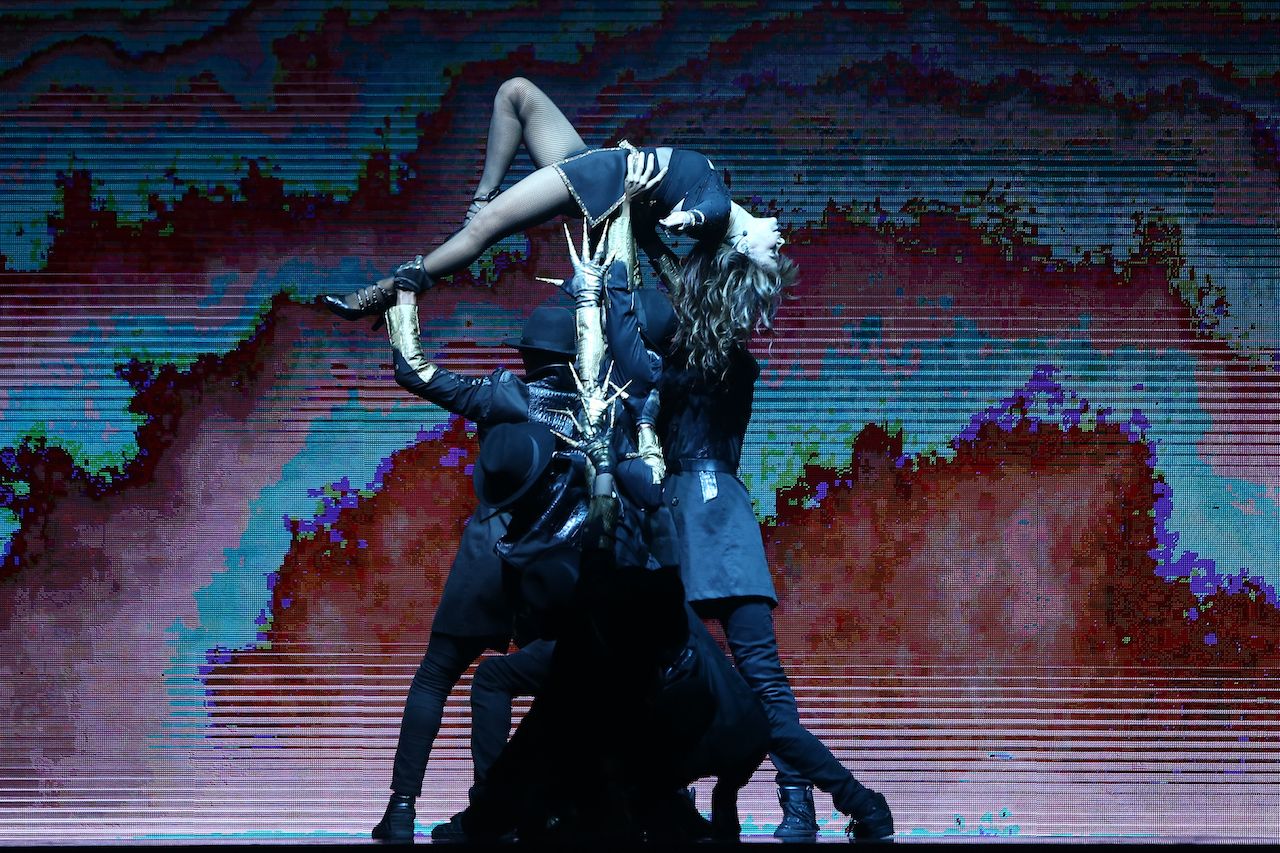 Before there was Britney, there was Paula. Elder millennials will remember playing the Forever Your Girl cassette on repeat and trying to learn MC Skat Kat’s dance moves from the “Opposites Attract” video. And was “Rush Rush” not, like, the most romantic song EVER? She, of course, went on to be a judge on a pretty popular TV show, but to those of us who grew up roller-skating to “Straight Up” and “Cold Hearted,” Abdul is forever our girl. It’s time to relive the skate-rink nostalgia, and to make it even more awesome, her new Vegas residency, Paula Abdul: Forever Your Girl, is at the Flamingo Las Vegas, so you can pregame at Margaritaville and walk outside to the fountains at Caesars going off across the street after the show. 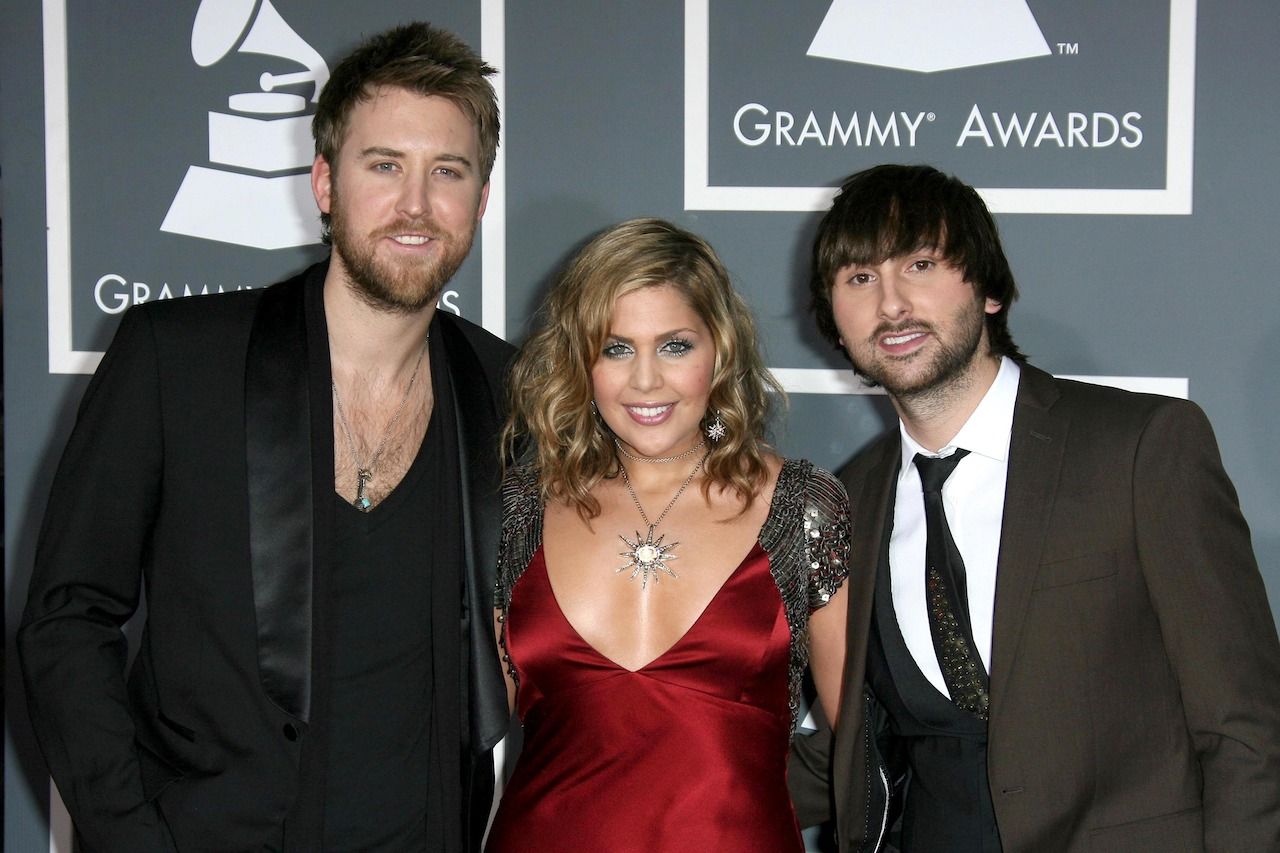 Country superstars Lady Antebellum launched their residency, Our Kind of Vegas, at the Pearl Concert Theatre inside the Palms Casino Resort earlier this year. They are the first country act to headline this venue and bring a little bit of Nashville to Vegas with their intimate, stripped-down performances. 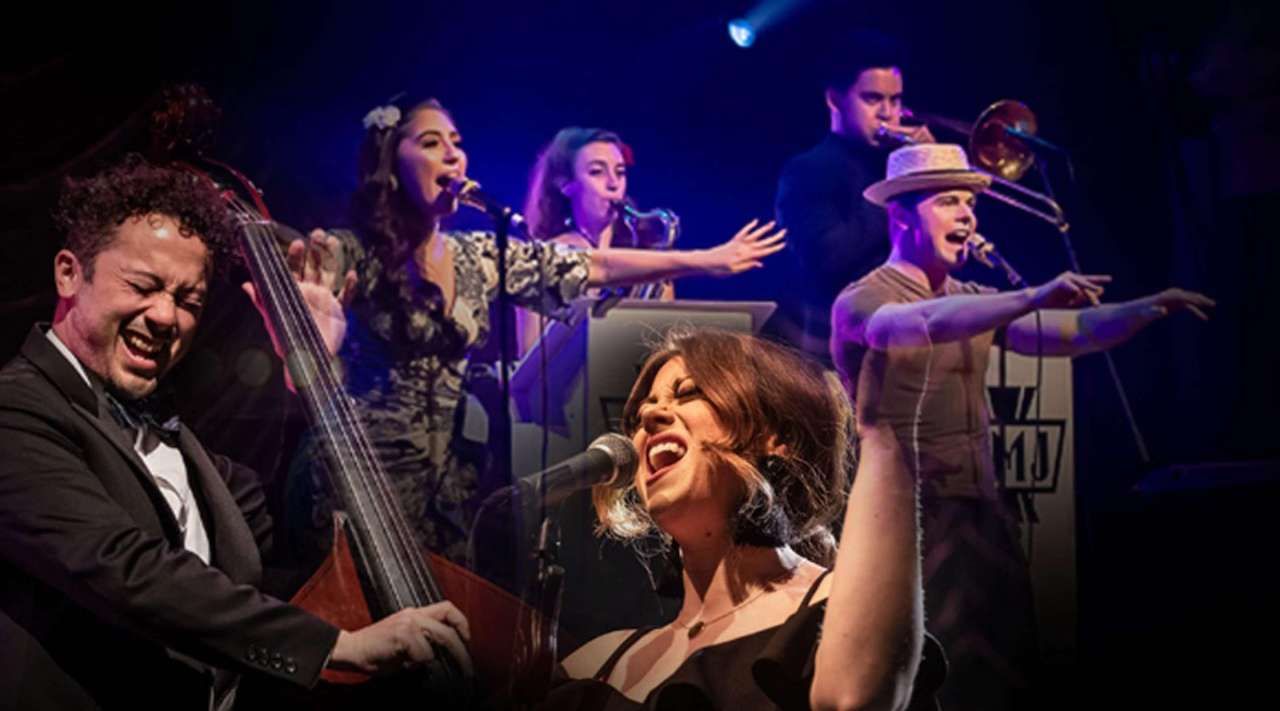 There is something innately Vegas about Postmodern Jukebox, even though they aren’t from Vegas and only just launched their residency, Scott Bradlee’s Postmodern Jukebox Hideaway, at 1OAK inside the Mirage this April. This was a show that was made for Vegas, though. They’re going to incorporate all the roaring ’20s glitz and glam of the Great Gatsby in covers of contemporary songs. Think “The Thong Song” and “All About That Bass.” The band and singers also transition from big band jazz to Motown to swing to doo-wop with lots of Vegas visual spectacle thrown in. The venue is perfect for it, too — vaguely Art Deco in decor with lots of black and brass accents, lending it a classic jazz era feel. This show is ongoing but check the website for dates and times. 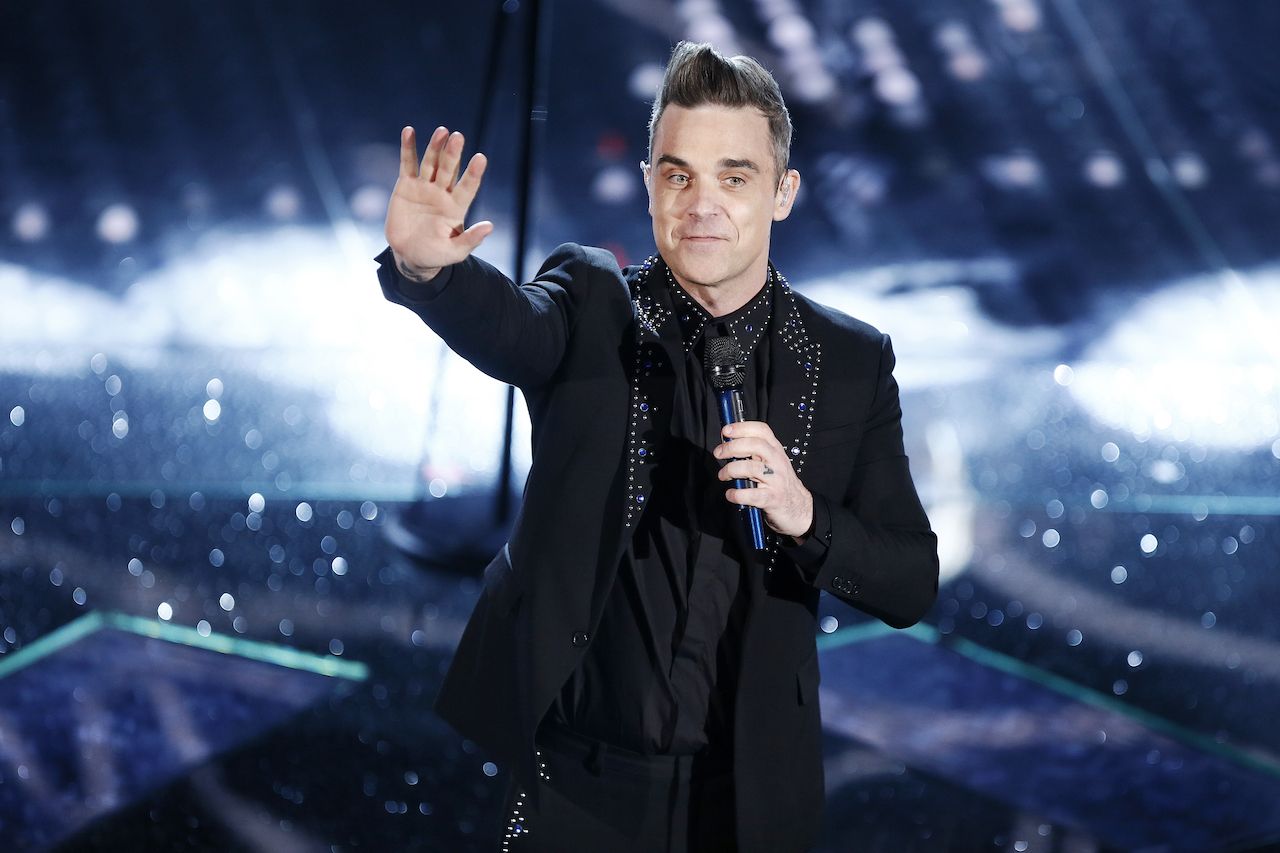 The UK’s top-selling British solo artist isn’t much for coming up with creative names for his concert events. But, Robbie Williams: Live in Las Vegas should still be an epic experience of modern pop and classic British wit. You already know the words to “Millennium” and “Rock DJ,” and if you’re actually a fan, “Party Like a Russian,” and this is your chance to see him in a small-ish club. Williams just wrapped up a two-year run of sold-out stadium shows, so don’t expect many intimate gigs in the future. 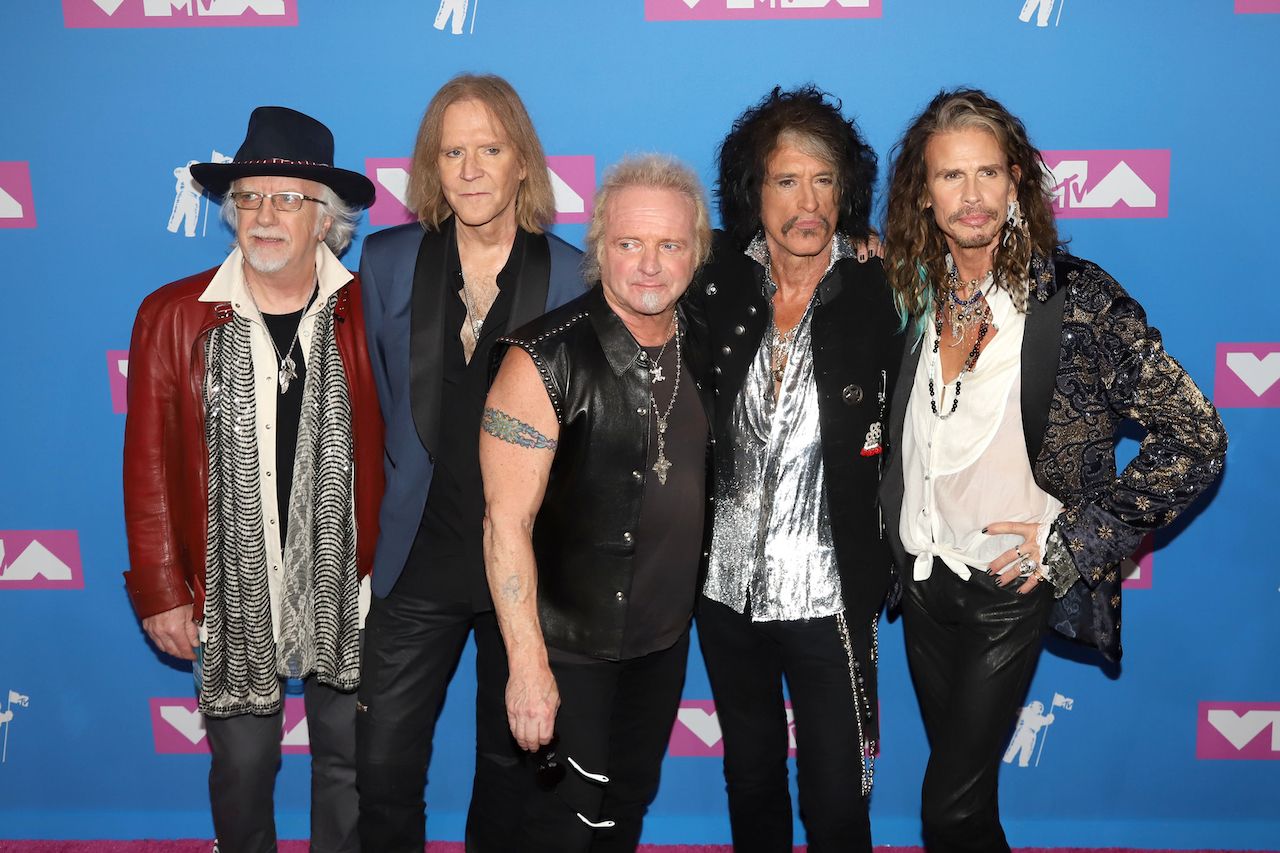 Aerosmith could easily be dismissed as another old geezer band targeting its aging boomer demographic in yet another career-sunsetting Vegas residency, except for the fact that thanks to American Idol, younger generations apparently love Steven Tyler. Also working in the band’s favor is the fact that their residency at the Park MGM, Aerosmith: Deuces are Wild, has one of the most state-of-the-art audio and video immersive experiences in Las Vegas, designed by some of the same folks behind the extraordinary One World Observatory experience in New York. Even if you’re not a fan of post-“Pink” ‘smith, this is a show worth seeing.

The 11 Sexiest Live Shows Las Vegas Has To Offer
Every Roller Coaster at Cedar Point, Ranked
5 Must-Visit Music Venues Off Nashville’s Main Drag
The 8 Best Movies and Shows To Watch Before Going To Paris
The 7 Best Old-School Italian Restaurants in Atlantic City