Much like the rest of Europe, Greece is considered to be an incredibly liberal and welcoming country, especially when it comes to the LGBTQ+ community. Since 2005, anti-discrimination laws have been in effect in Greece, protecting queer people from any discrimination on the basis of sexual orientation in the workplace. Eventually, these same protections were extended to people who identified as transgender or non-binary. This liberal approach to LGBTQ rights is especially felt in the capital city of Athens.

The city of Athens has a number of saunas, restaurants, bars, nightclubs, and other establishments that specifically cater to queer people. And, though the entire population of Athens is considered to be fairly liberal, this welcoming nature is especially extended in the artistic Gazi District, where the vast majority of the LGBTQ-owned and -operated businesses are located.

For those queer people planning a trip to Greece, there are a number of LGBTQ spots that should be visited — from the queer nudist beach, Limanakia, to the internationally renowned Alexander Sauna. Even further, international travelers can catch a real glimpse of the local queer culture by simply exploring the number of nightclubs, bars, and other venues that are often frequented by the native LGBTQ population. To guide your queer-friendly travels in Athens, Greece, we’ve come up with a comprehensive list of the major LGBTQ institutions in the city, from hotels to historical tours. Now, more than ever, Athens has become a beacon of cultural importance to queer people all over the world. In this guide, we find out why this is — and how your travels can unearth the special queer community that exists within Athens, Greece. 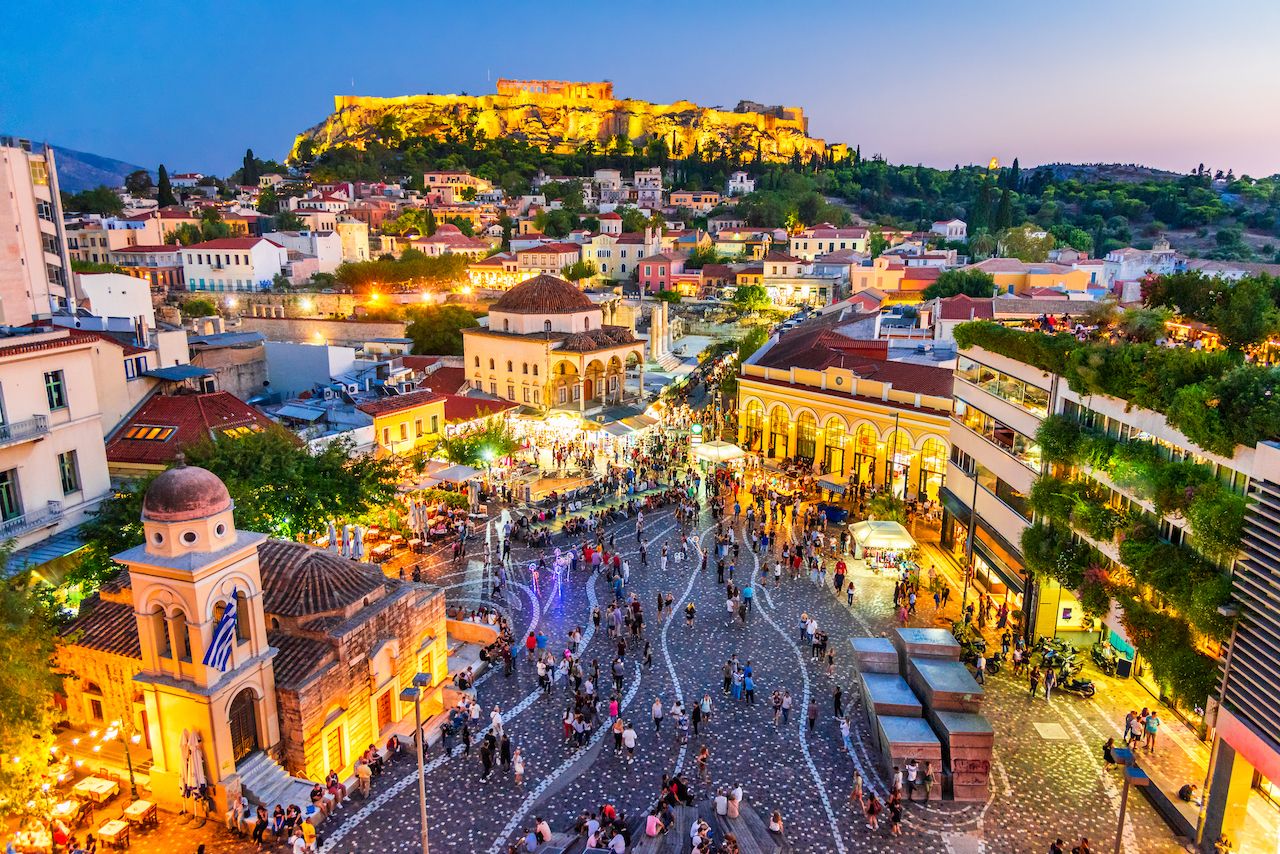 Gazi District: In close proximity to the Acropolis sits the latest hub of arts and entertainment in Athens — the Gazi District. If you’re looking to go bar-hopping in a queer-friendly safe space, you’ve found it in the Gazi District, an area packed with both LGBTQ-owned and queer-friendly restaurants, bars, and small businesses. As a bonus, the most popular historical sites in Athens are just a few stops away on the Athens Metro.

Platia Agias Irini: According to the city of Athens, Platia Agias Irinis, a square near Monastiraki, has become the most popular place in the city to people-watch — or, more specifically, to get to know the queer community of Athens. Throughout the years, the square and its surrounding restaurants and businesses have become a hot spot for the LGBTQ community, as the neighborhood is known for being welcoming and friendly to every person in the rainbow. With that said, on a free afternoon, it might be worth your time to head to the square with your favorite local pastry and allow yourself to become fully immersed in the local queer community. 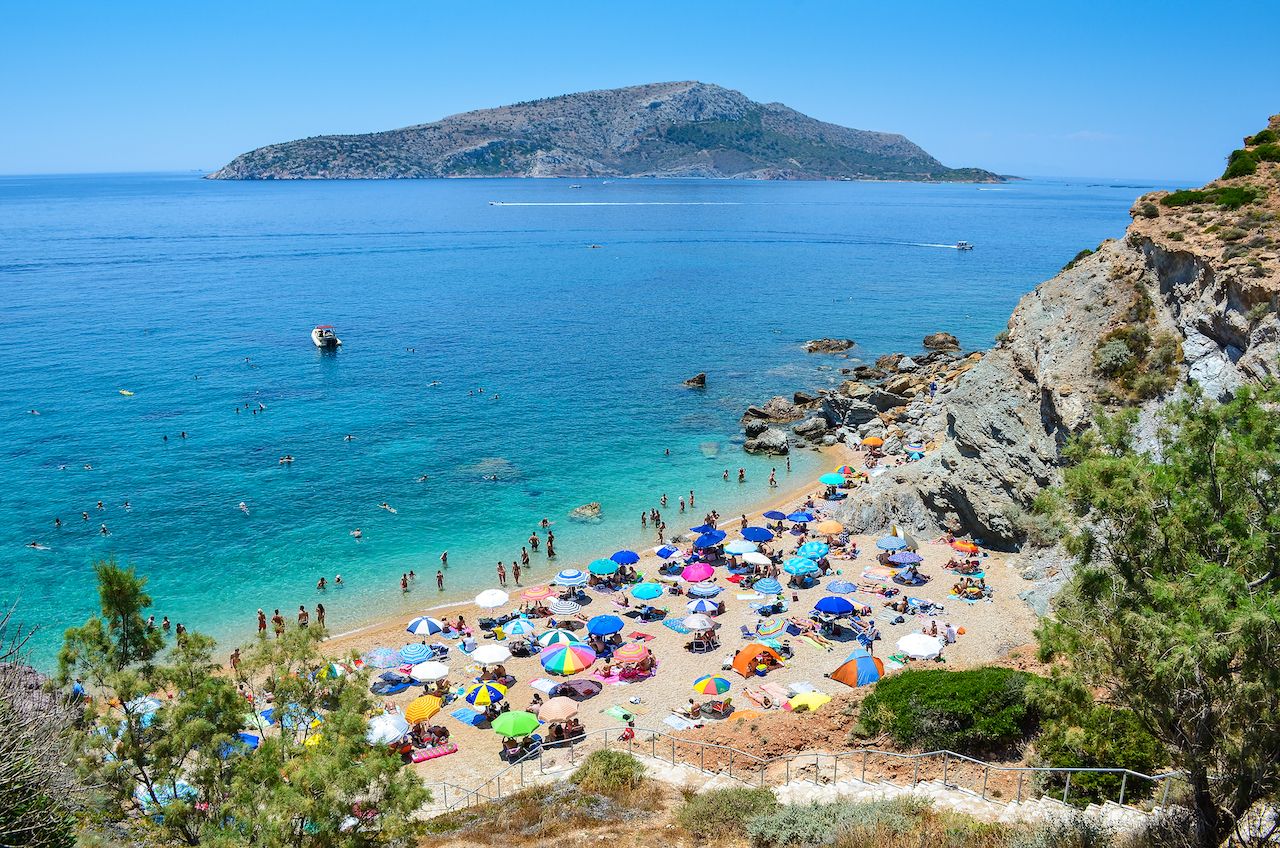 Limanakia: Drive 30 minutes from the center of Athens and you’ll find Limanakia, the most famous gay beach in all of Greece. During the warm summer months, this nudist LGBTQ beach, with its rugged shoreline and clear waters, has a cult following fueled by locals and tourists alike. Nearby, visitors can grab a drink or sit down to a nice meal at one of the many surrounding LGBTQ-friendly establishments.

Alexander Sauna: Though Athens has a number of LGBTQ-friendly saunas and spas, it’s Alexander Sauna, located in the heart of the Gazi District, that tops the list among locals and international visitors. After meeting the locals, you can enjoy cocktails in the lush gardens or head to the upper floors to indulge in, shall we say, more private matters — like those that might take place in the expansive foam playroom. 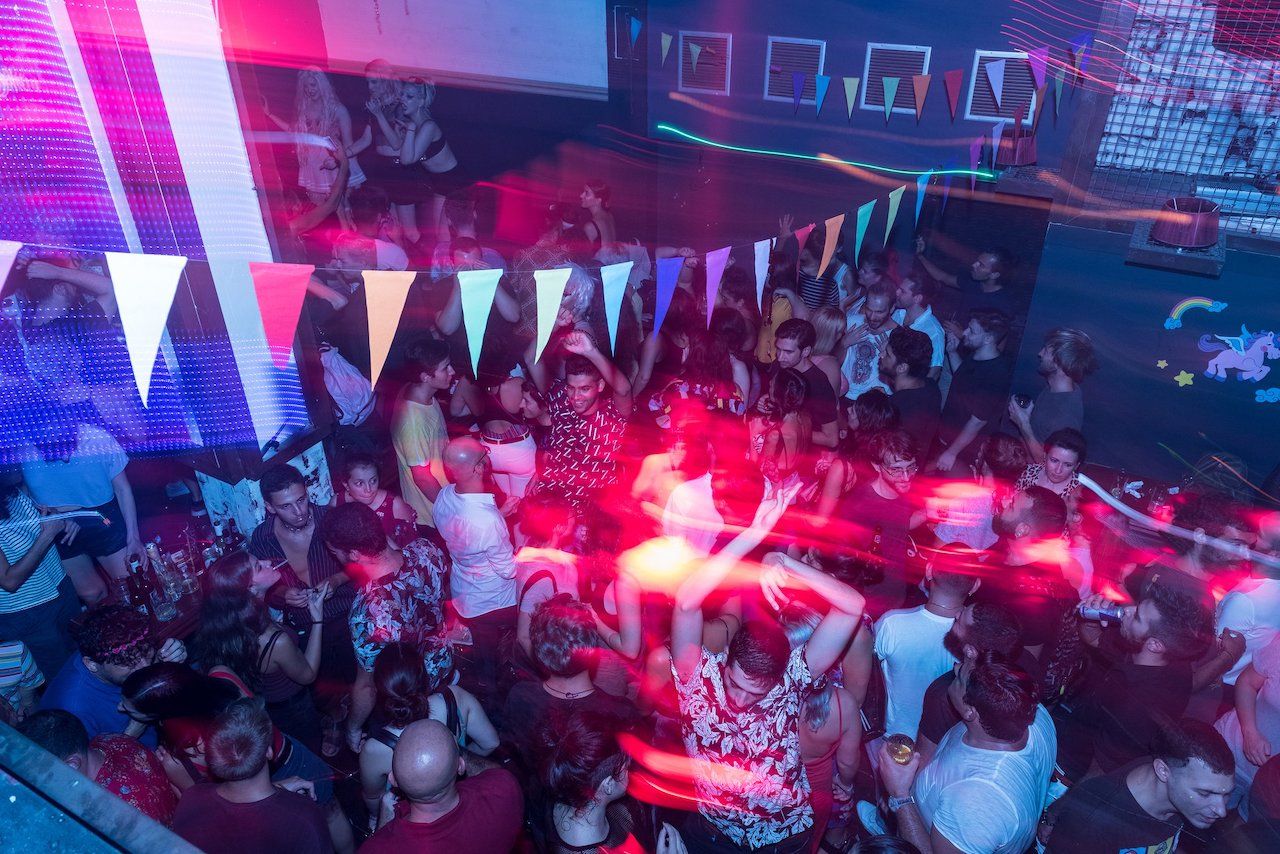 Big Bar: More than anything else, Big Bar in Athens, Greece, has the distinction of being the first bar dedicated to bears, or large gay men, in the city. Located in the Votanikos area, near the Gazi District, Big Bar, though intended for bears, is welcoming to all with its cheap mixed drinks and laid-back environment. To many, Big Bar is the perfect place to lounge around for a few drinks before going out to one of the many queer nightclubs in the surrounding area.

TRAP: Located in the queer-friendly Gazi District, TRAP is a wildly popular LGBTQ institution in the city of Athens. During the day, it’s a cafe serving simple and delicious food, and at night, TRAP is a music bar serving up a variety of music to queer locals and international travelers.

DAVID: Also located in the Gazi District is DAVID, a nightclub that welcomes the most stylish queer and heterosexual crowds in all of late-night Athens. In the early afternoon, DAVID offers one-of-a-kind cocktails and Greek coffee, perhaps preparing queer clubbers for the long hours spent entranced by the music and lights inside of the club: If you’re looking for queer entertainment in the heart of Athens, you can likely find it here. 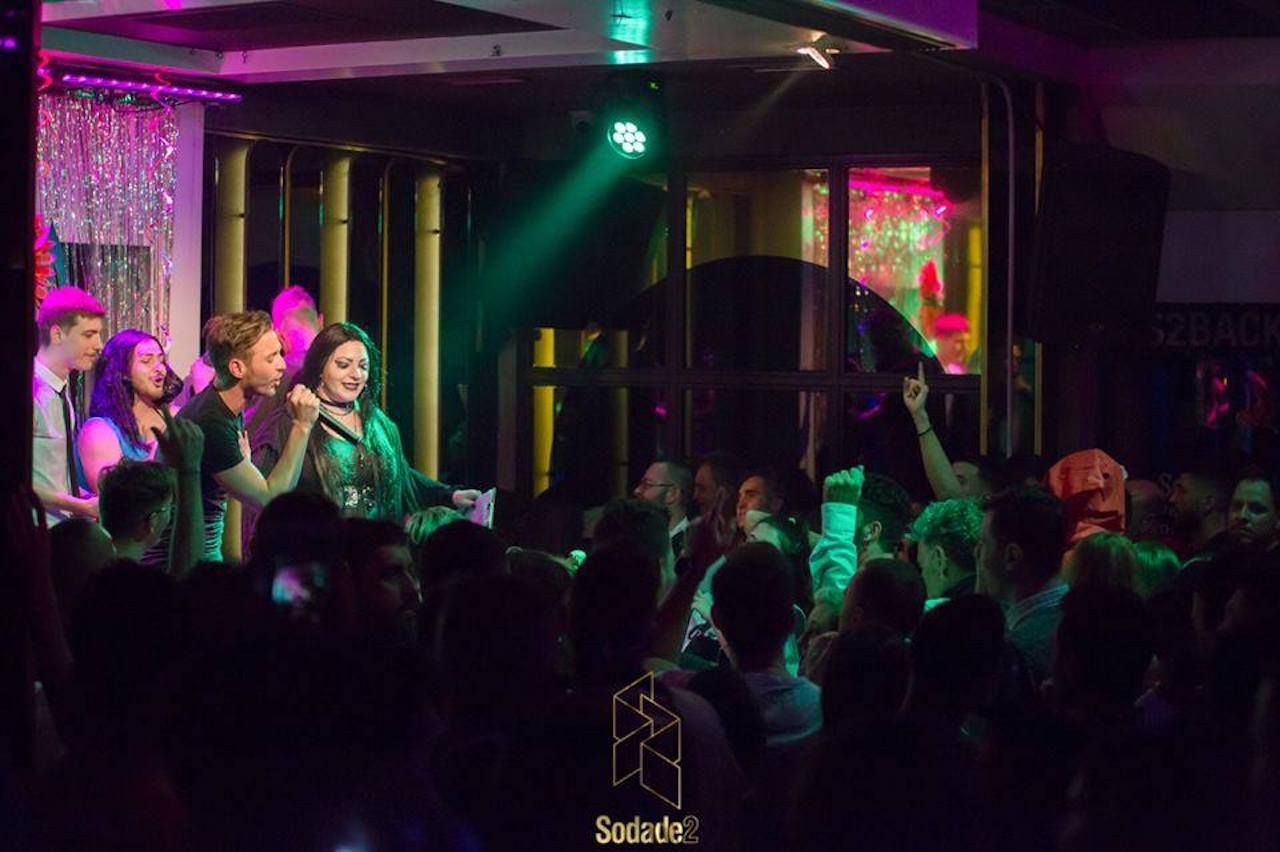 Sodade2: For over 15 years, Sodade2 has welcomed thousands of LGBTQ partiers into its hallowed halls. For those tourists looking to catch a true glimpse of the local queer scene, Sodade2 offers an interesting mix of local music, cocktails, and culture that is sure to enchant every wayward traveler. During the weekends, Sodade2 is the place to be.

Noiz Club: At the Noiz Club in the Gazi District, every color in the LGBTQ rainbow is represented on the dance floor. That is, unlike many other queer nightclubs and bars in Athens, Greece, Noiz Club is not solely dedicated to drawing in gay men. Not only that, but the club is open to the public every night of the week, welcoming queer people to its stylish decor and international DJ sessions.

Koukles Club: From comedy to top-notch cabaret acts, Koukles Club in the city’s center offers a full range of theatrics to satisfy every queer person’s thirst for the dramatic. If you’re looking for an immersive LGBTQIA+-focused cabaret experience in Athens, locals suggest heading to Koukles Club. 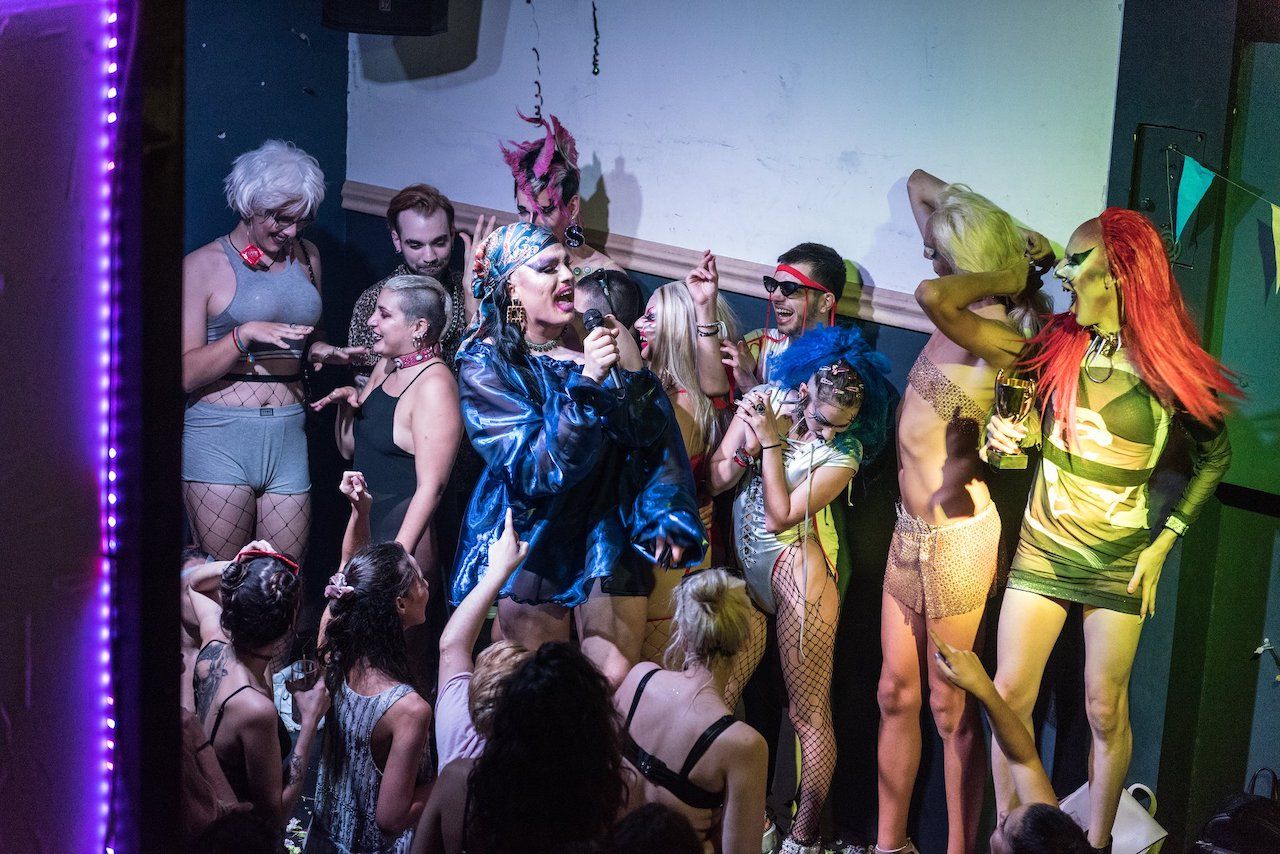 BEQueer: Located in the center of Athens, BEQueer, aside from being an incredibly popular queer nightclub, is also becoming a glittery beacon of drag culture in the city. In one night, visitors can experience a number of Athens-specific queer events — from drag shows to cabaret acts.

Myrovolos: According to the locals, Myrovolos is a cafe in Athens that, over time, has become a popular hangout spot of local and international lesbians. If you’re looking for fast and delicious Greek cuisine, you’ll find it at Myrovolos, located just outside of the Gazi District. After dark, the small cafe turns into a bar that is frequented regularly by local gay men and lesbians.

Beaver: Similar to other queer hot spots in Athens, Beaver is located in the heart of the Gazi District. Since its inception, the restaurant and bar, owned by an all-female co-op, has maintained a friendly and welcoming presence in the city of Athens, eventually becoming a favorite among lesbians and local feminists. Whether you’re heading there to try the famous Greek coffee, or you’re looking to socialize with the local LGBTQ and feminist communities, any experience at Beaver is sure to leave a lasting impression. 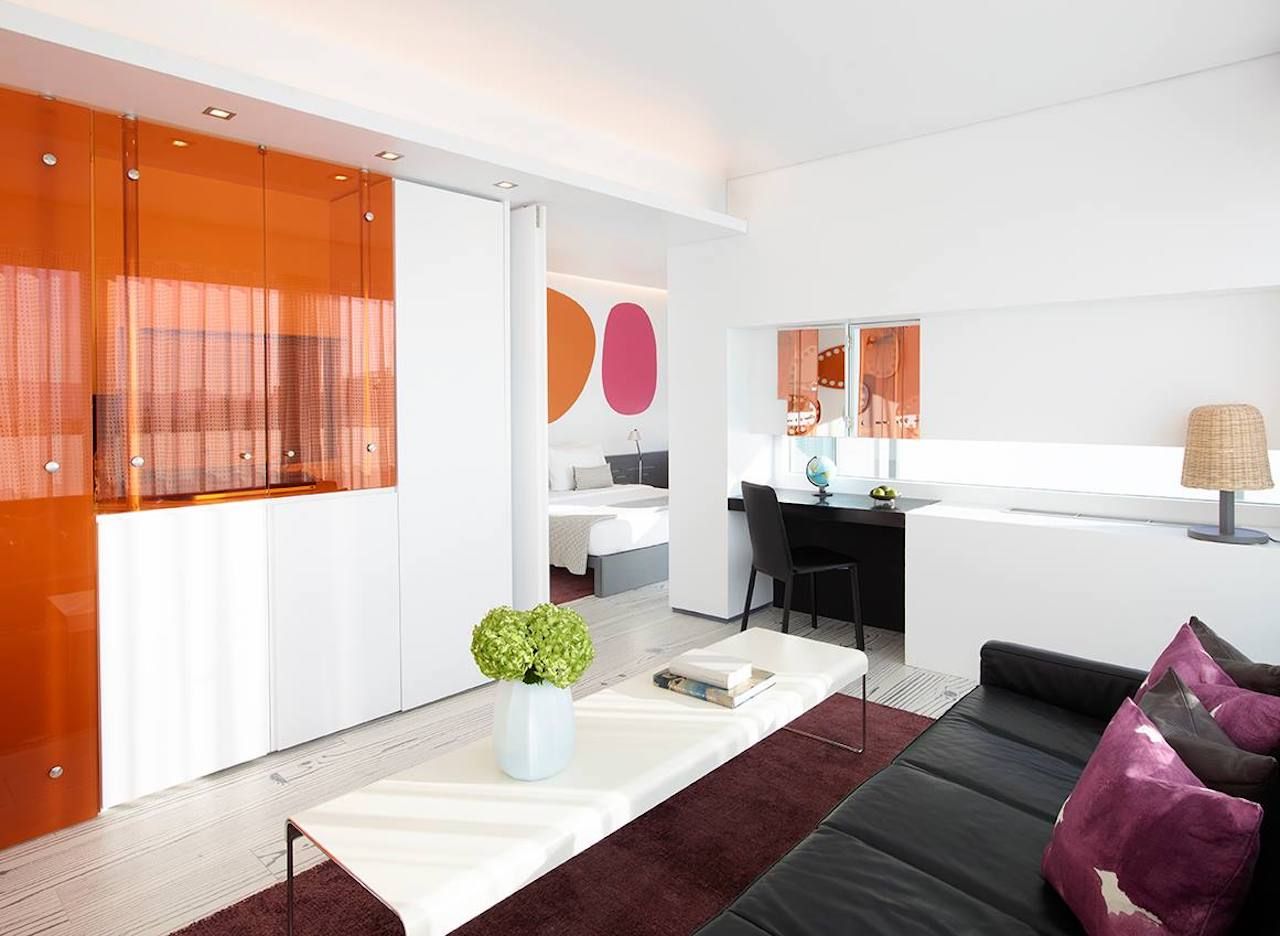 Alexander Apartments: For those seeking hotel accommodations that are specifically for the LGBTQ community, Alexander Apartments, located directly under the aforementioned Alexander Sauna, is a comfortable refuge for every queer traveler in the city of Athens. Each apartment occupies a private floor and comes equipped with a kitchen, bathroom, and bedroom. And, as you might have already guessed, each guest has free access to the Alexander Sauna. 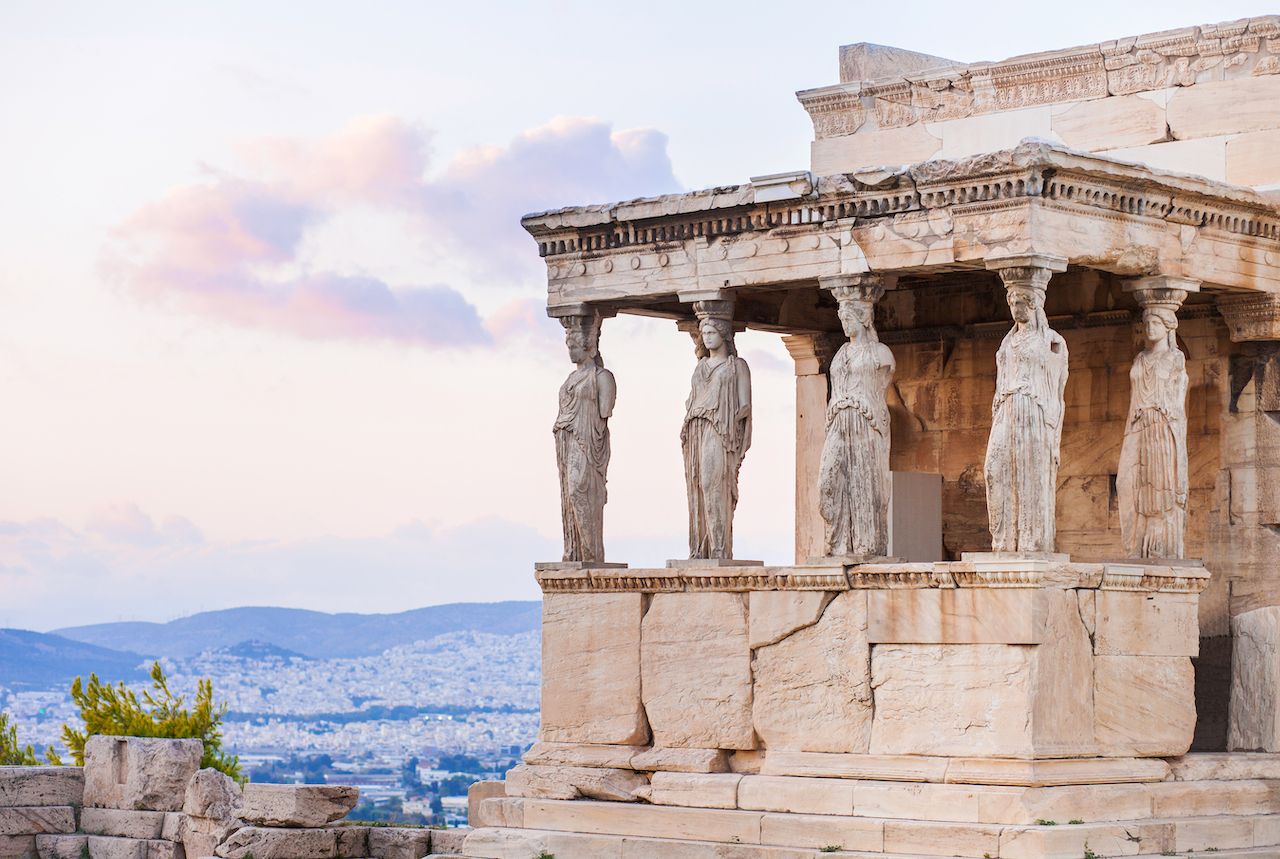 GAILY Tours & Excursions: After your tour of every LGBTQ institution in the city of Athens, perhaps you’d like to make time to see the historical and cultural monuments that make this destination so incredibly popular with international tourists. Further, perhaps you’d like to take a tour of these popular monuments with a group of like-minded queer travelers. If this sounds intriguing to you, there are a number of LGBTQ tours and excursions offered in Athens — including GAILY Tours & Excursions. This tour group offers three queer tours: a historical tour of monuments like the Parthenon and the Acropolis, a tour of the incredibly popular and queer-friendly Gazi District, and a nightlife tour of the city that includes visits to bars and nightclubs.

Alternative Athens’ Gay & Lesbian Athens Nightlife Tour: On the other hand, if you’re looking for a tour that specifically covers every popular LGBTQ destination in the city, sign up for Alternative Athens’ Gay & Lesbian Athens Nightlife Tour. On this tour, you will get a chance to visit a number of queer nightlife institutions — from popular gay bars to fashionable cabaret lounges. Not only that, but the tour boasts that it allows international visitors a chance to meet with local queer people that can offer tourists a more intimate look at the local LGBTQ culture.

The best destinations for solo female travel in 2020
So you wanna go to a Black College? Guide to East Coast HBCUs and their cities
Buying a $1 home in Italy just got even easier
How to maintain your dog’s health while living the van life
7 idyllic destinations for a family-friendly Thanksgiving vacation this November

The best islands you can day trip to from Athens

From Athens to the home of the gods: hiking Mount Olympus

The 10 best places for dessert in Athens, Greece