Explorers of the Modern Age is a series by Matador Network spotlighting trailblazers of travel. The world may be less mysterious than it was centuries ago, but the Golden Age of Exploration isn’t quite over yet. There are still new corners of the map to be illuminated, boundaries to be pushed, and travel records to break. These are the explorers making it happen. 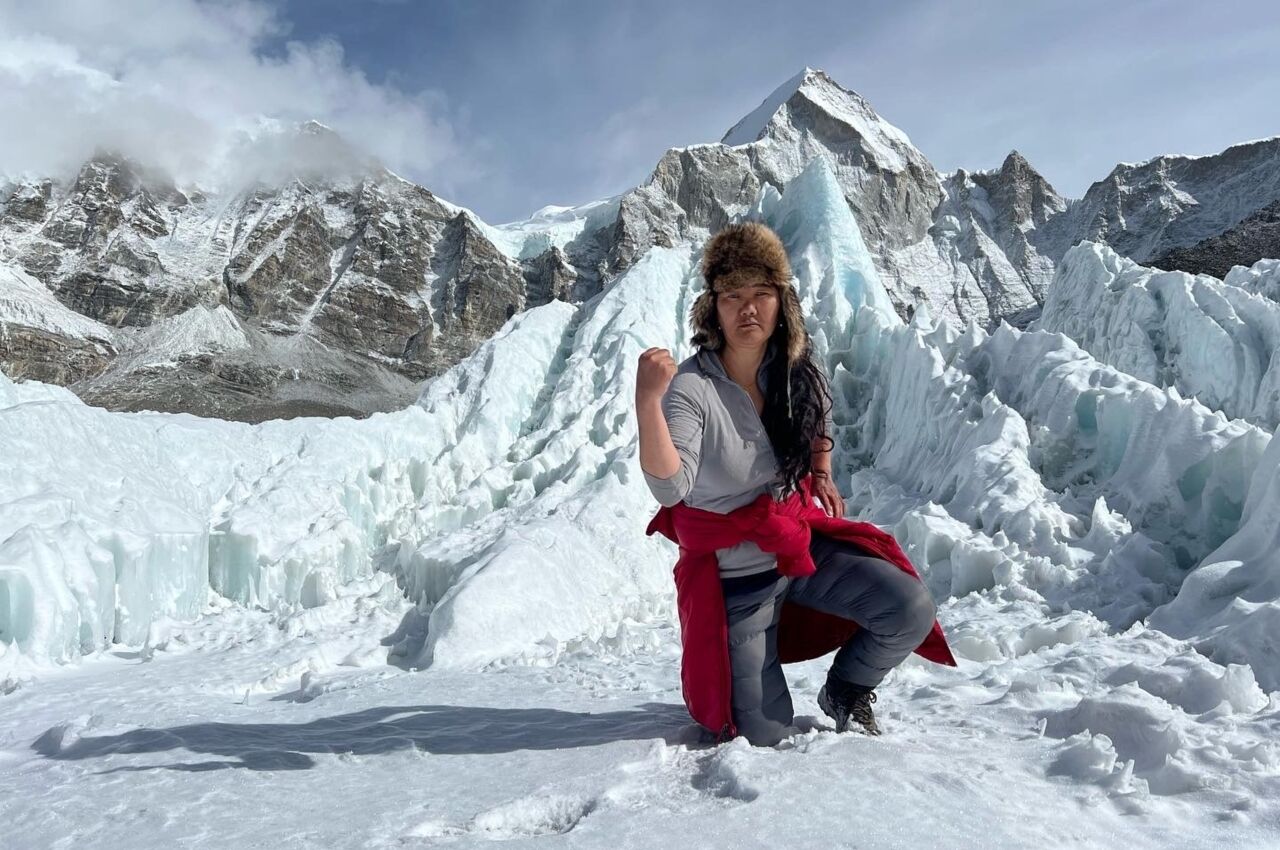 Climbing Mount Everest — the world’s tallest mountain at 29,031 feet — was once a big enough accomplishment to satisfy most for a lifetime. Lhakpa Sherpa has climbed Everest a whopping 10 times, and is the first woman to achieve that particular feat.

Not only that, in 2000 she was also the first Nepalese woman to successfully climb and descend Everest. Needless to say, Lhakpa Sherpa’s expeditions have been legendary in the Nepalese community for quite some time, but now she’s entered the global conversation as one of the most revered climbers of her generation, and as a trailblazer for women. 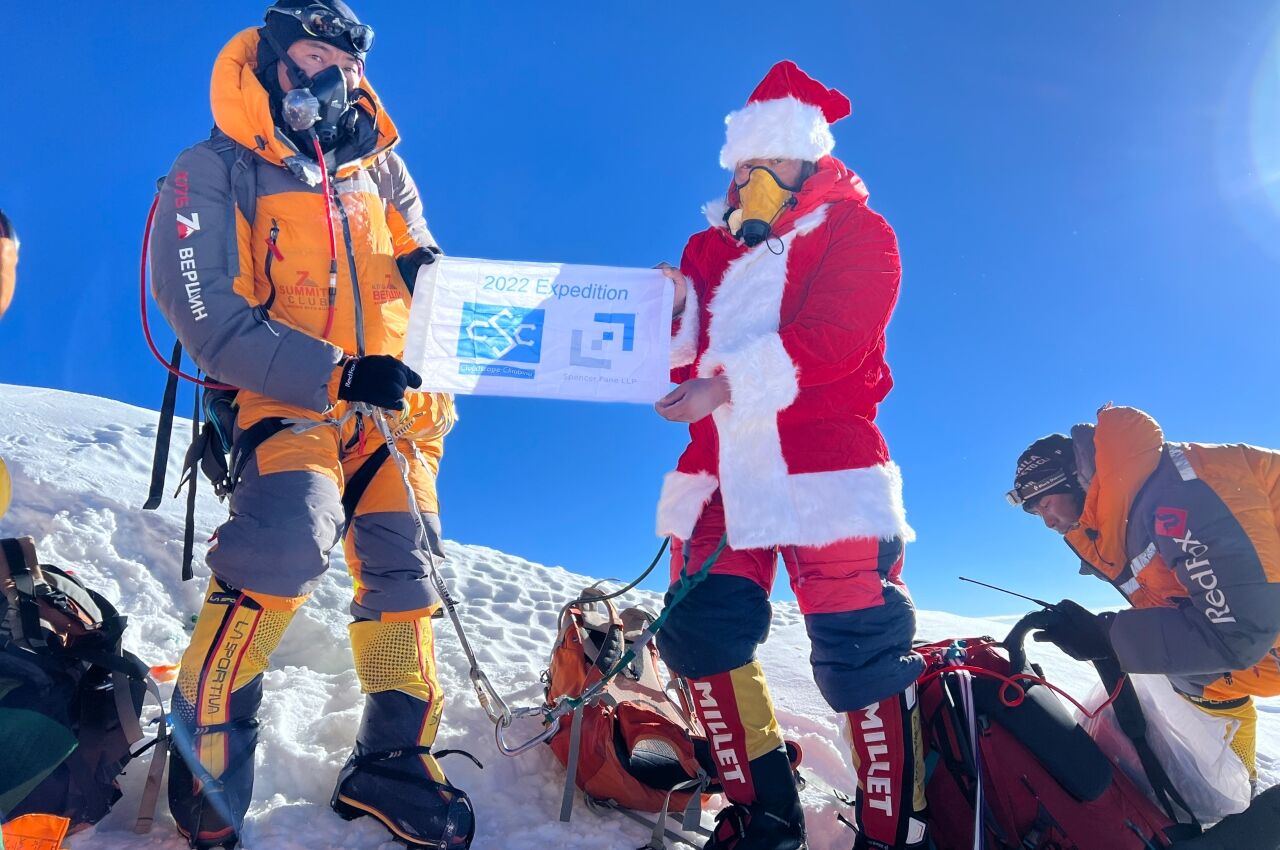 Lhakpa has always had an affinity for high altitudes. She was born in a village 12,000 feet above sea level in eastern Nepal, and her disposition for climbing is evident in her name. A member of the Sherpa ethnic group, she descends from a line of nomadic people used to living in difficult high-altitude conditions. Despite doubts from her family and other villagers, who warned that climbing Everest was not a woman’s endeavor, she made her first climb in 2000 and climbed with her brother and sister in 2003. 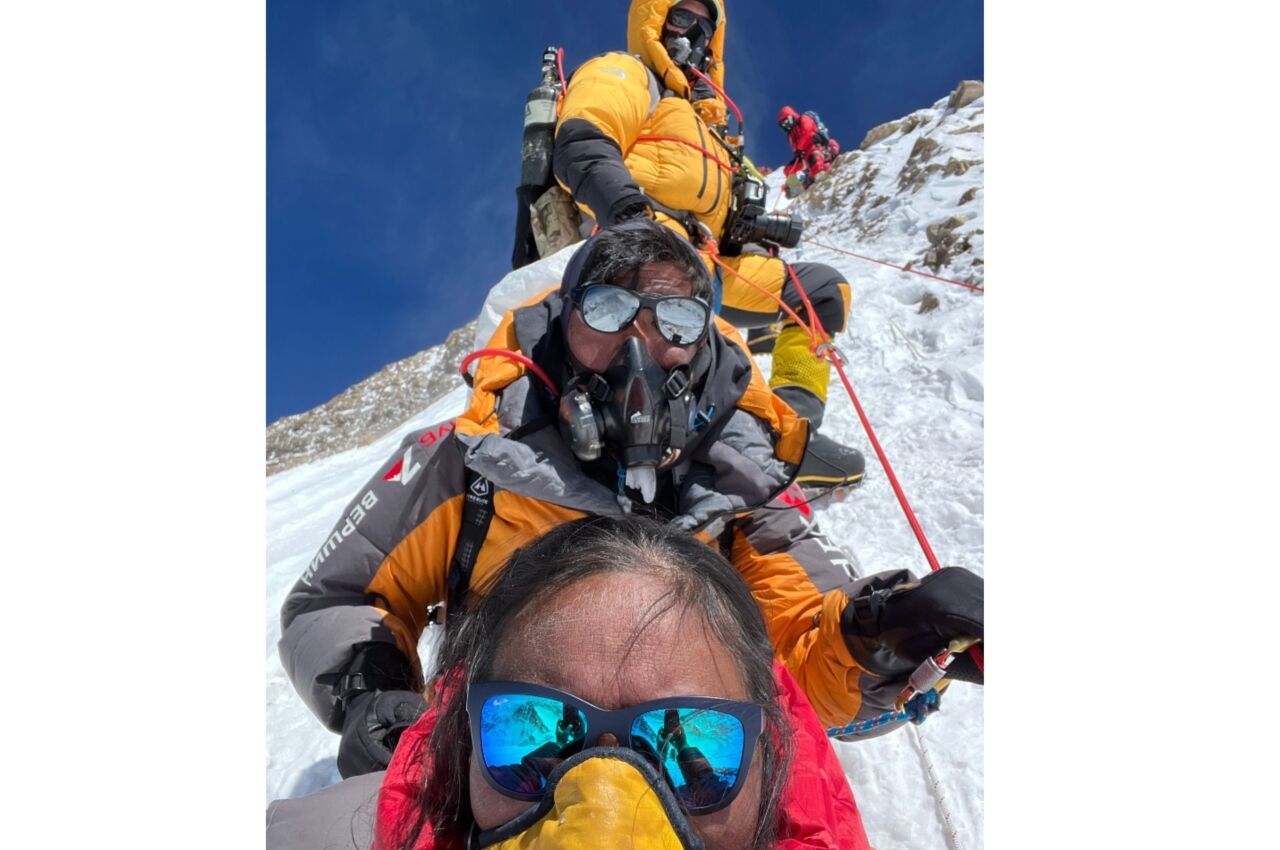 We talked to Lhakpa about her passion for Everest, how she sees the mountain with new eyes each time, and the significance of her achievement for female climbers.

Lhakpa Sherpa: I love going to the mountain, it is like an addiction for me. Whenever I’m climbing Everest it brings out a side of me that is more confident and happy.

Is the experience vastly different each time?

Every time I go to the summit, the route to Mt. Everest changes.

I grew up near Makalu which was very close to Everest. I was surrounded by mountains my whole childhood. Most girls were told to stay home and do housework but I wanted to change the system and do things that boys could. My dad started me off as a porter and I would carry loads with him to prove I was capable of doing any job. My mom disapproved of this but I knew that I wasn’t meant for the life she wanted me to have. Eventually, I heard about my brothers and cousins climbing Mount Everest and thought: why aren’t women doing it too?

Khumbu icefall and near the Hilary step are the most difficult sections of the climb.

Does climbing for the purpose of setting records take the fun out of the experience?

It’s my passion. Every time I go to the summit I feel proud of myself. You never get used to the feeling at the top. I go back not only because I love what I do but also because I want to get more people interested in climbing and being outdoors.

Opportunities for women came very late. In each and every field we can find men are first. The chance for women to do the same always seems to come later.

Since all the glaciers are melting due to climate change, I would like to advise that visitors trust the mountains and sherpas.

Which explorers have inspired you?

Do you have your sights set on any new challenges?

Yes, I have new challenges. I would like to summit K2. I am currently looking for sponsors.

Travel JobsExplorers of the Modern Age: Gunnar Garfors
Tagged
Adventure Travel Climbing Nepal
What did you think of this story?
Meh
Good
Awesome